THE very mention of World Time Attack Challenge immediately conjures up images of be-spoilered Evos, Silvias and Skylines, built for the express purpose of pulling off One Perfect Lap. But no matter what kind of cars you’re into, you can’t help but marvel at the depth of engineering involved in the various entries, from the entry-level Clubsprint class right up to the balls-out, carbonfibre masterpieces that contest the Pro class. The on-track action at WTAC is edge-of-your-seat stuff, and the atmosphere is always killer – promoter Ian Baker sure knows how to throw a party.

But while mega-power turbo four-pots and inline sixes are great and all, we do tend to favour bent-eights here at Street Machine, and a quick wander through the pits unearthed plenty of ’em. Here are some of our favourites. 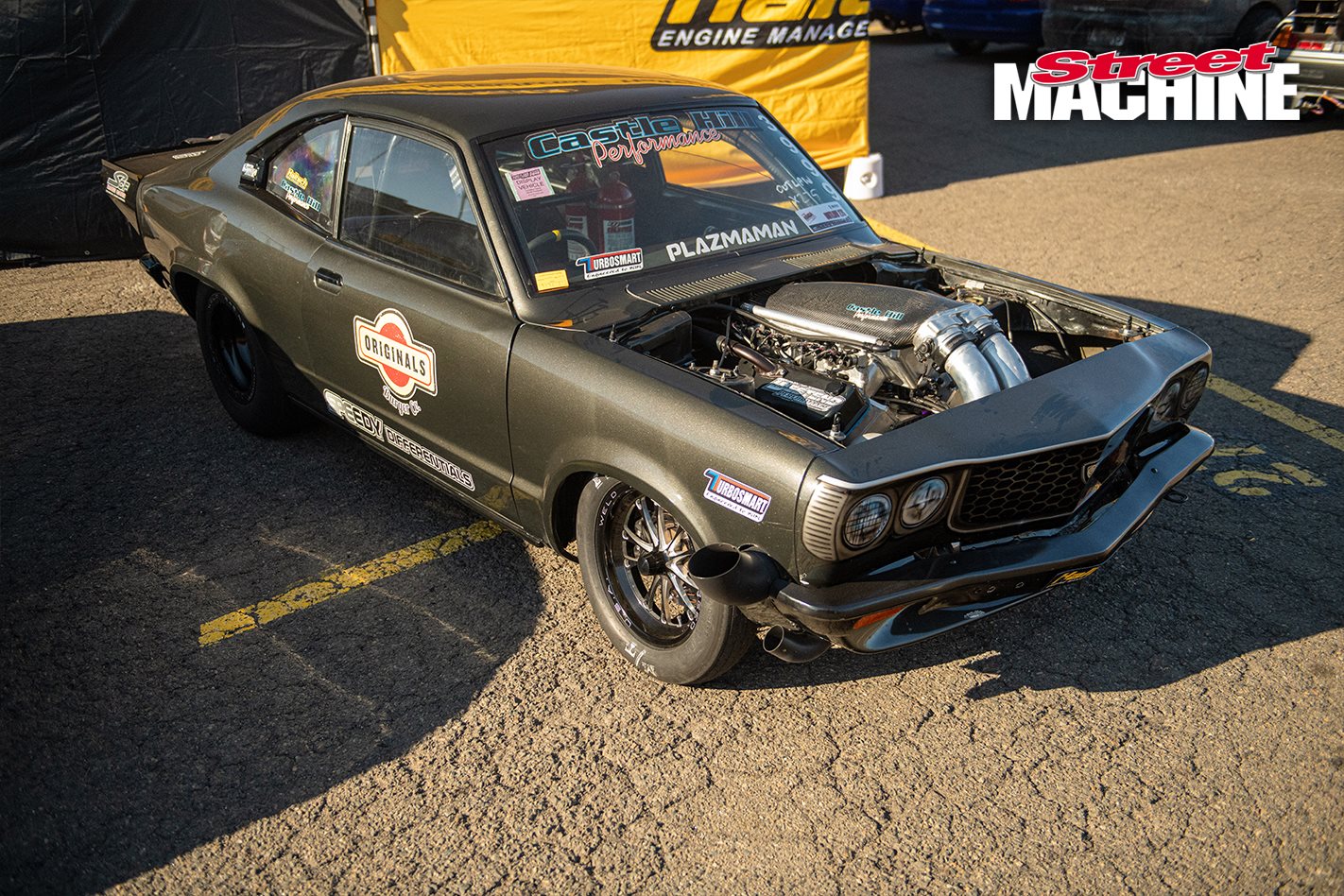 Nathan Farrugia’s Mazda RX-3 is one of the most profoundly stupid cars I’ve ever laid eyes on, and I mean that in the nicest possible way. Check it out on the Haltech stand at WTAC and note that it’s on a tiny wheelbase, rolls on modestly proportioned radial tyres, and has more power than Donald Trump. With an LS on board, it broke the world 275 radial record with a 6.77@208mph pass. Nathan has since ditched the ‘Chinese Chev’ in favour of a mega-cube big-block with a pair of comically oversized turbochargers hanging off it, and gone 4.26 seconds in the eighth. Pray for him. 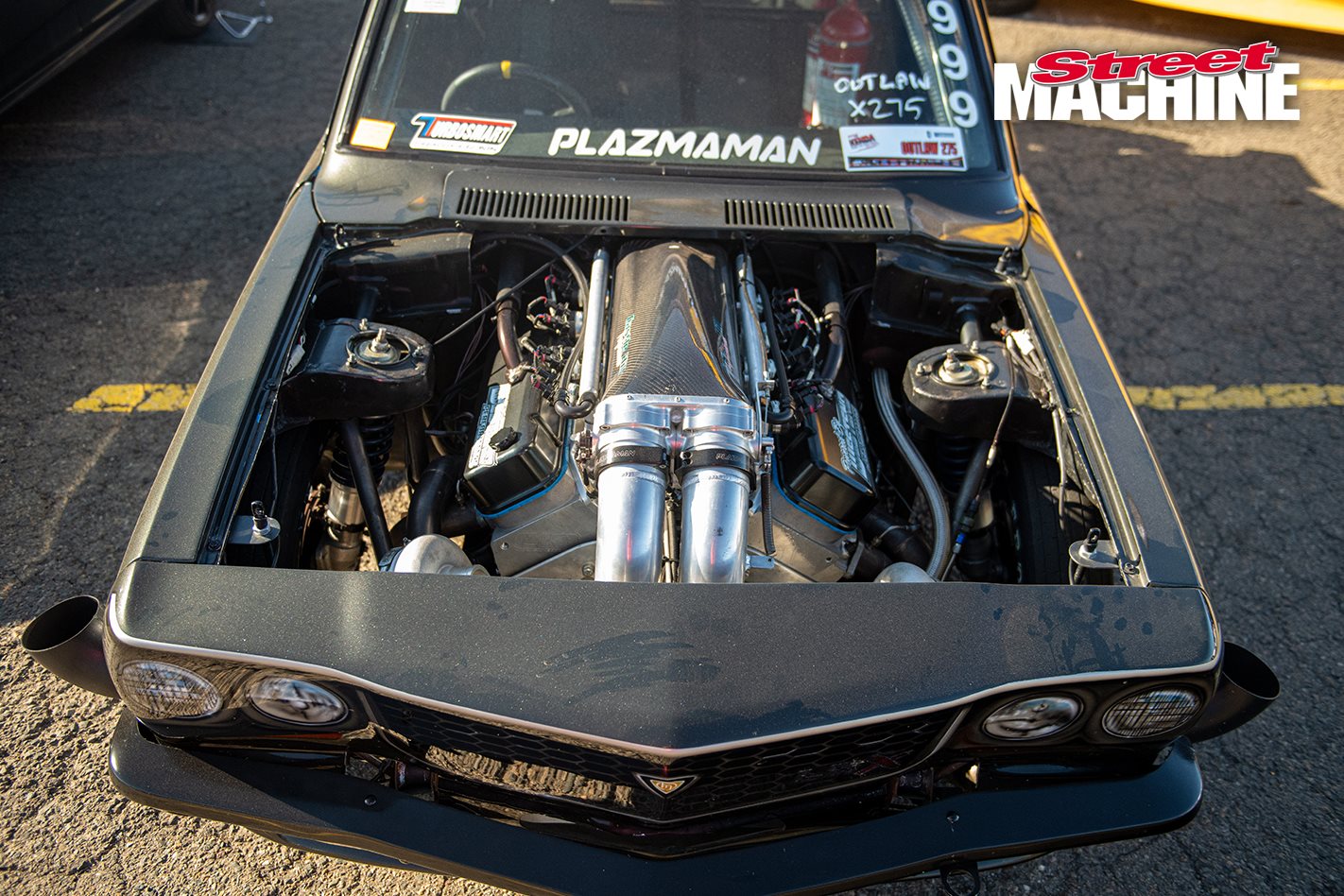 Gardner Mods build plenty of jacked-up Ford Rangers, but the ride height went south instead of north when they pieced together this spectacularly engineered drift ute. Power comes by way of a factory supercharged 6.2-litre LSA V8, and it bakes the hides with the absolute best of them. It is one of the dozens of drool-worthy drift pigs going at it in the International Drifting Cup at WTAC. 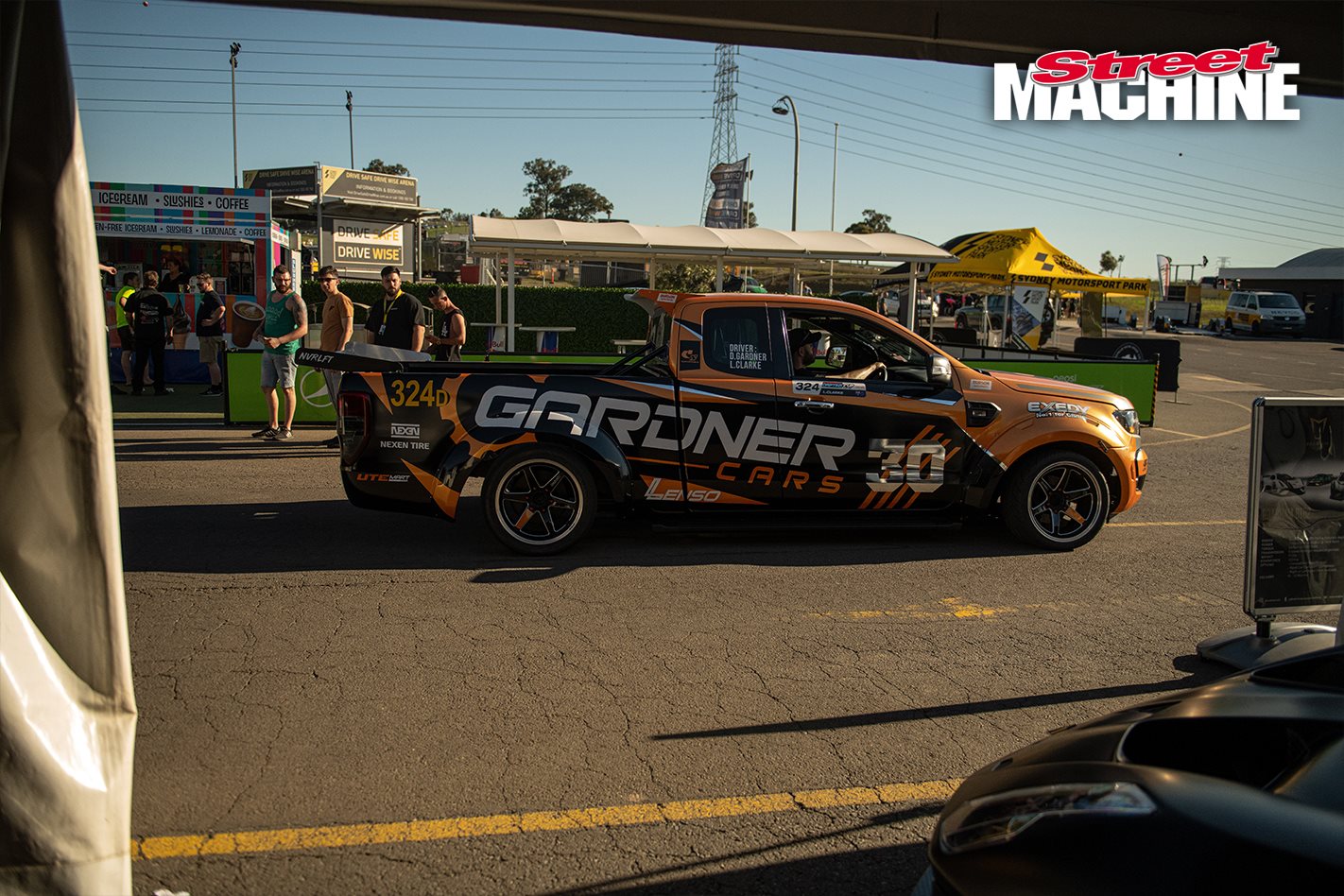 You know you’ve got a versatile little work ute when you can compete in events as far apart on the spectrum as Street Machine Drag Challenge and WTAC. Mitch Pullen’s HiLux used to run a built LS2 with an 80mm BorgWarner spooly boy slung off it, but that’s now been switched out for a tough aspirated combo. A car that’s equally capable of running nines and racking up bulk street kays on Drag Challenge as it is linking turns in the drift comp at WTAC is very cool indeed. Get yourself a ute that can do both! 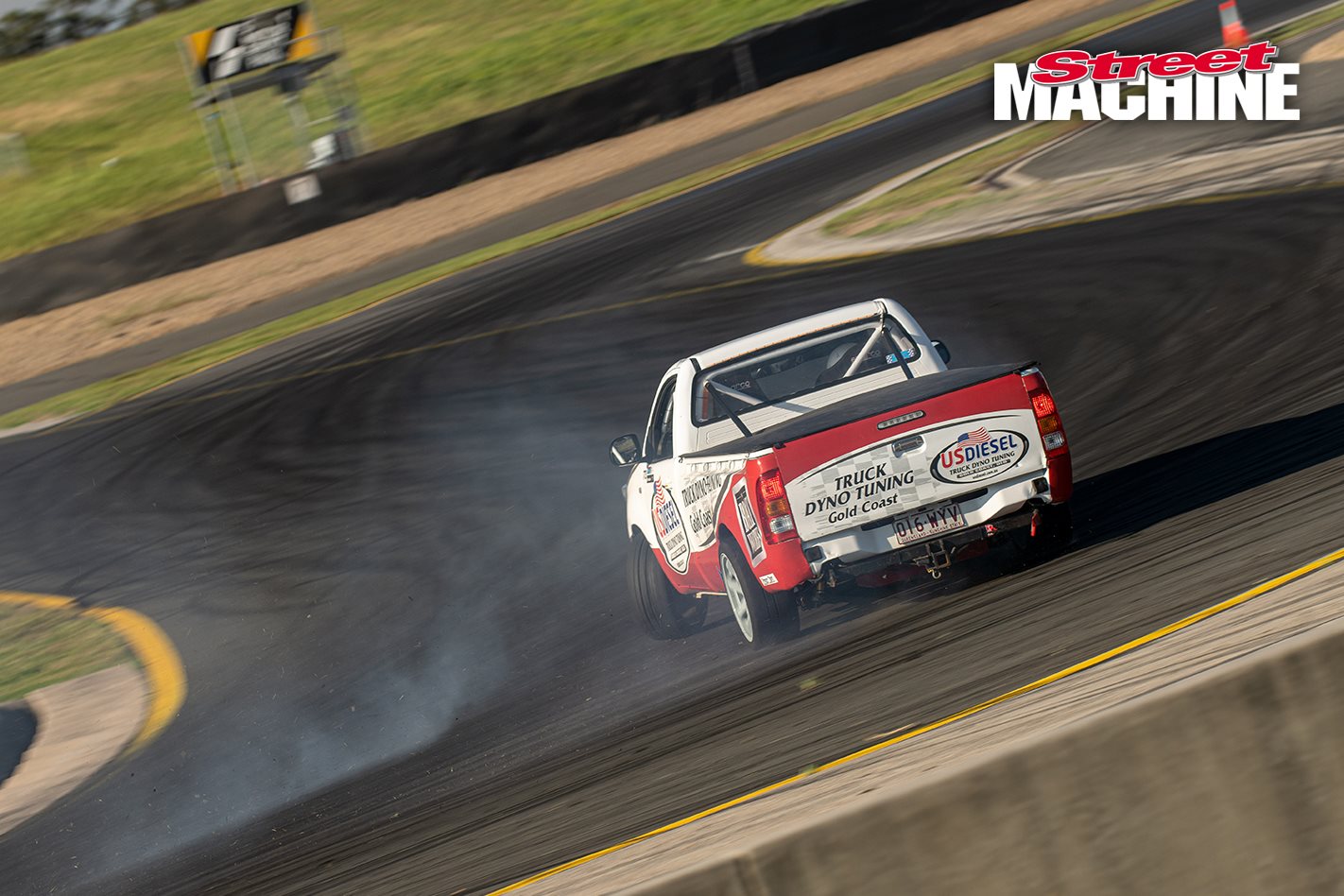 Sure, the Aussie car manufacturing industry is largely dead and buried, but there is one notable exception: hypercar manufacturer Brabham and its boner-inducing BT62. Filed under the ‘if you have to ask, you can’t afford it’ section on Redbook, the BT62 is a tube-chassis, carbon-bodied beast, powered by a 5.4-litre V8 that feeds grunt rearwards via a sequentially shifted six-speed Holinger. Packing some 515kW and weighing in at under a ton, it’s fast as buggery, looks incredible and sounds even better. This alone is worth the price of admission. 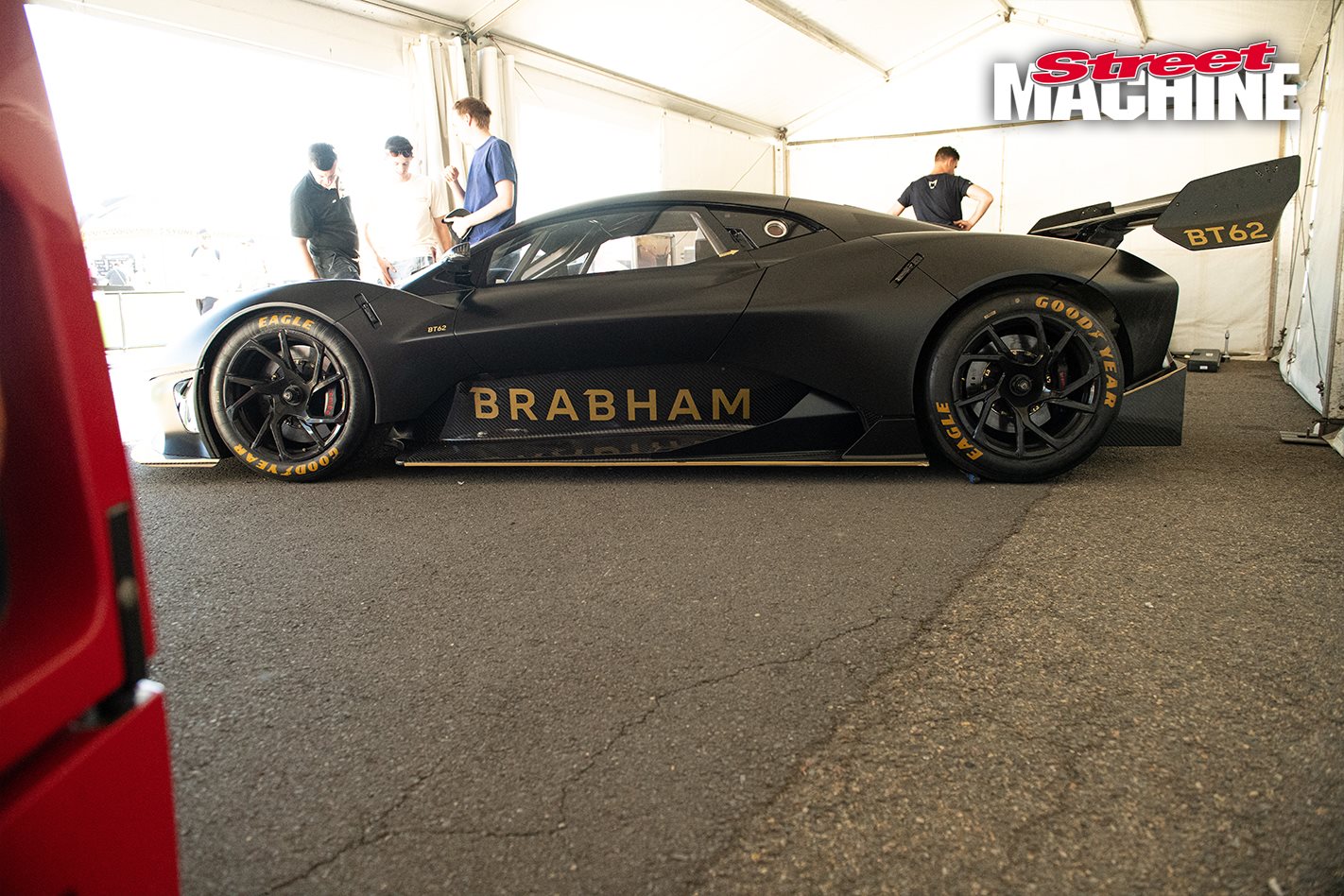 You may have encountered my little Torry if you watch Carnage on the Street Machine YouTube channel. In Episode 32 we fitted Harrop’s new TVS2300 supercharger kit to the car’s injected Holden five-litre (which despite all its billet finery is actually a $500 junkyard potato engine), and had the guys at MPW Performance tune the Haltech ECU. In Episode 33 we took it to Sydney Dragway, and blow me down if it didn’t pick up the left front tyre and run an 11.4@116mph! We’ve since thrown some valve springs in it in the hunt for more grunt, and hope that with further development it’ll end up in the 10s on the otherwise stock engine. Check it out on the Harrop stand at WTAC! 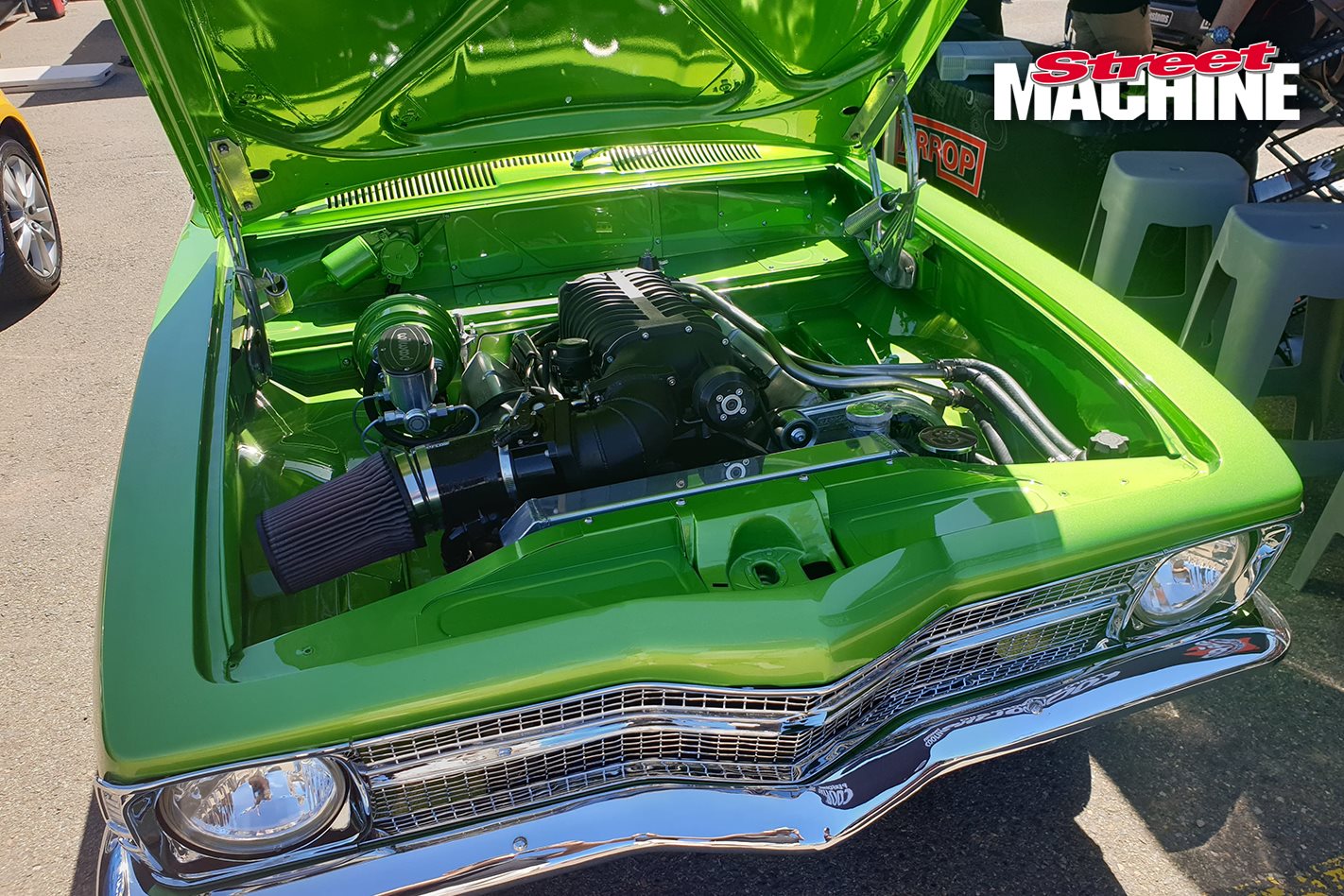 Every time someone removes a rotary from a Mazda and replaces it with a pushrod V8, the world becomes an ever-so-slightly better-sounding place. Last year the guys at Ant Racing campaigned this RX-8 in the Open class at WTAC, with a peripheral-port 20B riding up front. This year they’re back, but they’ve yanked the spinny Dorito motor, sacked up and slammed an LS in that bad boy. Not a move that will please everyone, but it’s all good by us! 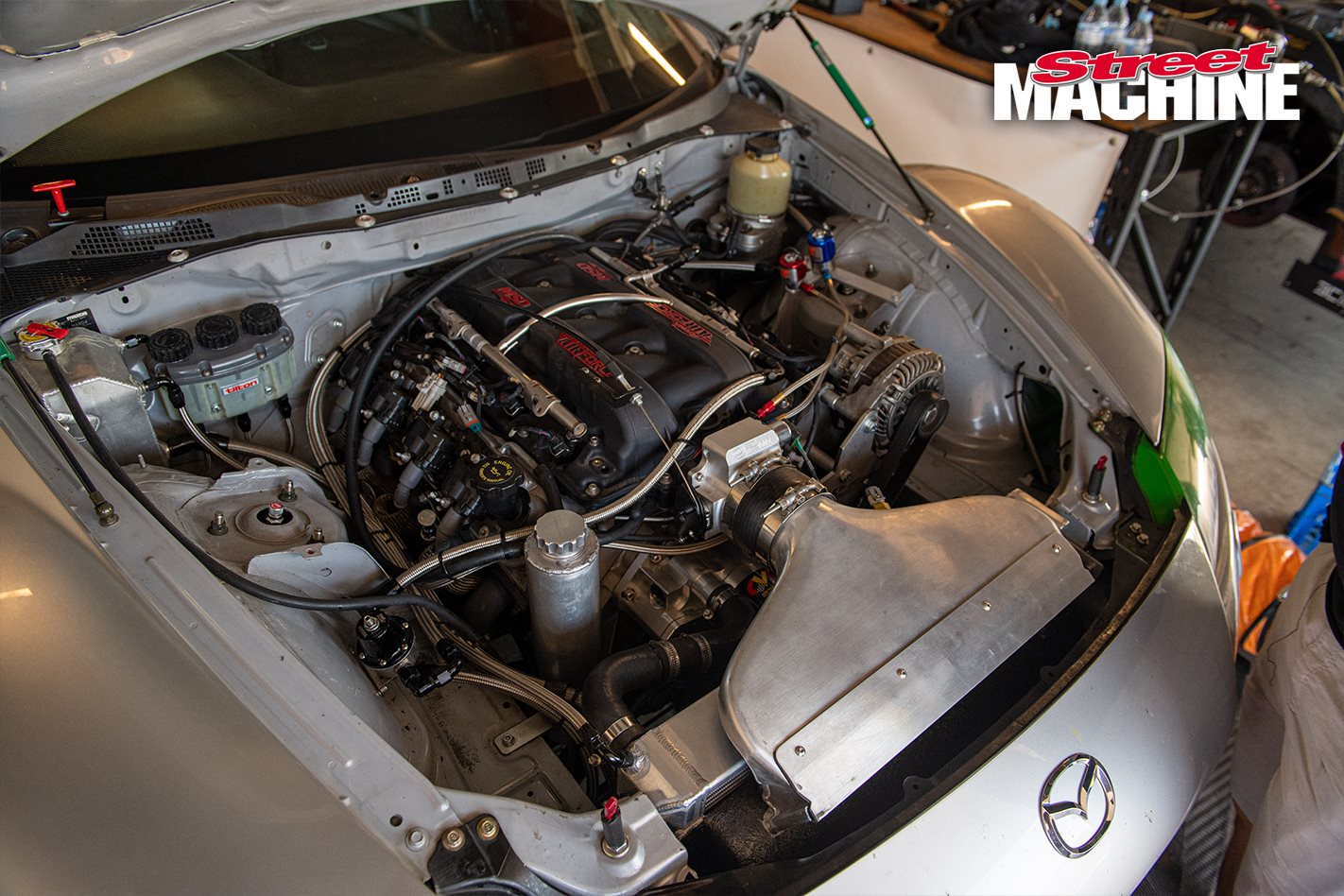 A man after our own heart, Eian Jones cares not for fuel economy. He fronted at WTAC with not one but two V8s; we’ll get to the second one later. This beast is a rare and sought-after HSV Maloo GTSR; the final and arguably finest hay-hauler ever built in Australia, with the exception of a very limited run of Maloo GTSR W1s. But EJ’s particular example makes a stock W1 look like a Proton Jumbuck. When it was practically brand new, he shipped it off to Sam’s Performance to have an RHS-blocked stroker built and topped with a Harrop 2650 blower. It now makes well clear of 1000hp and is still backed by a good old-fashioned three-pedal transmission. 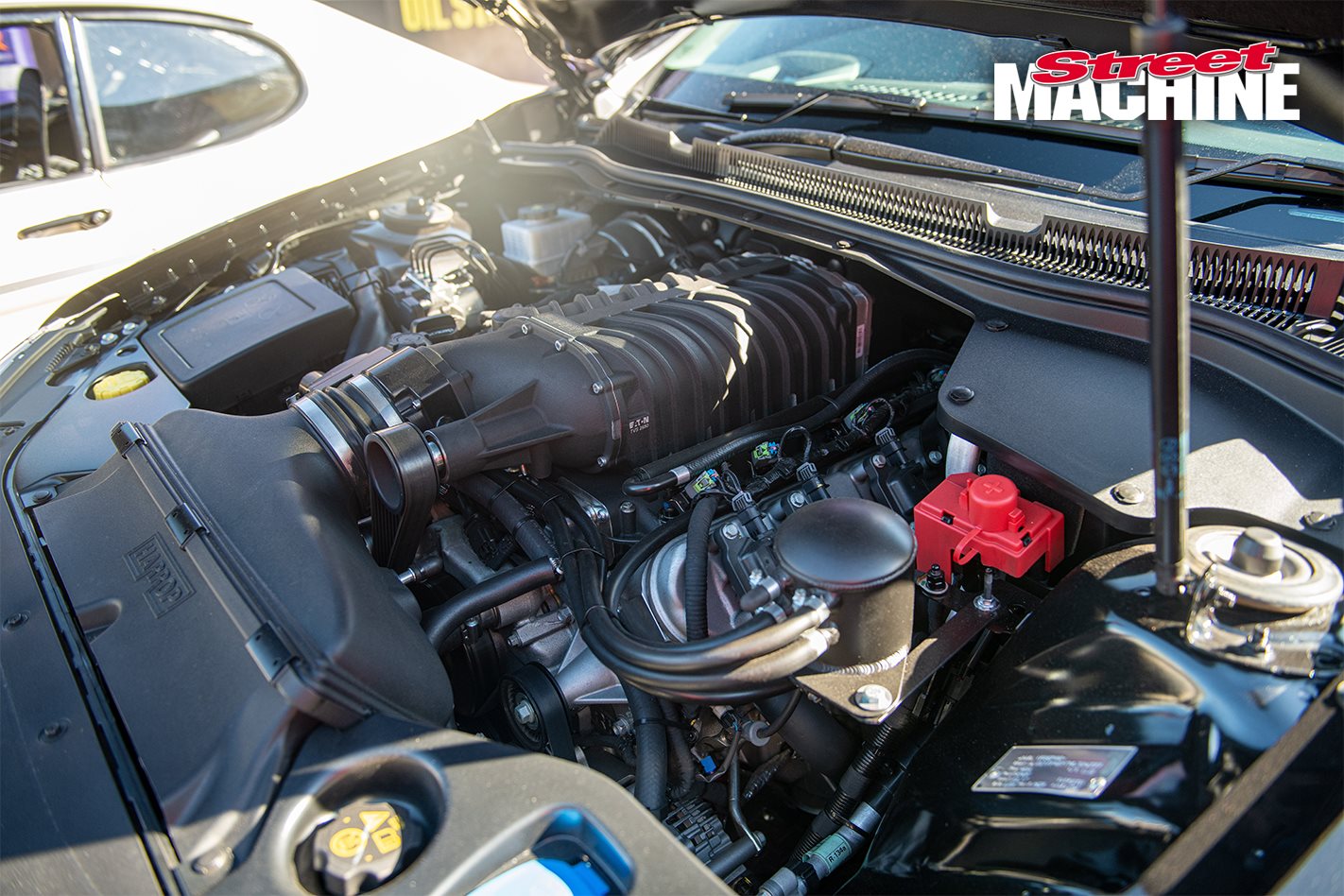 EJ’s daily is this wondrous creation from Jeep Trackhawk – a ’roided-up soccer mum’s car, stuffed with a blown 6.2-litre Hellcat engine. It is the most powerful V8 SUV ever produced, and will scoot from a standing start to 100km/h in 3.7 seconds FROM THE FACTORY. It’ll cover the standing quarter in 11.6 seconds and has a top speed of 289km/h, despite the irrefutable fact that it’s shaped like a goddamned house brick. 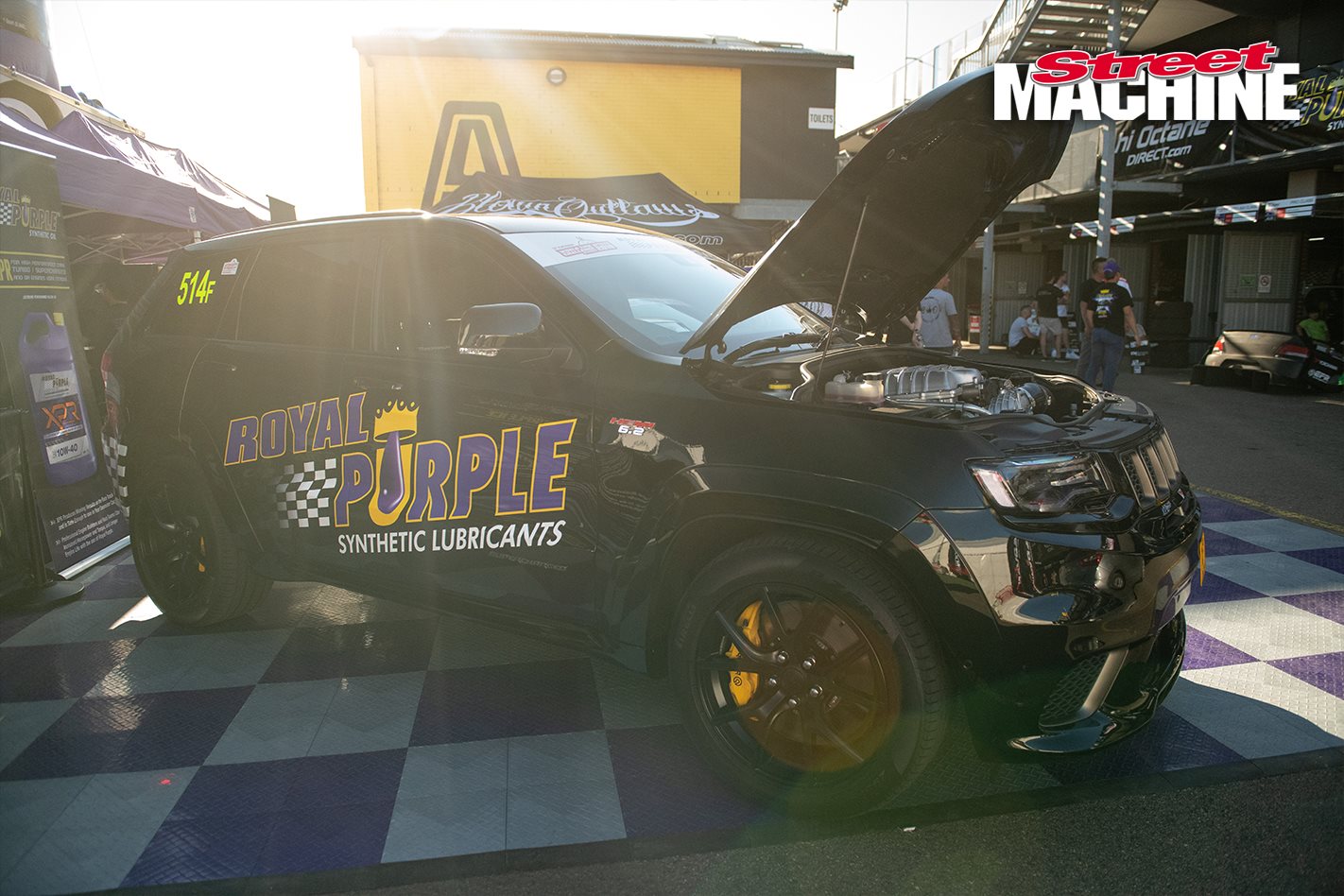 The zombie apocalypse is inevitable, and when the dead do in fact rise to walk the earth, the lads from Mighty Car Mods are sorted. Their ratty-looking Nissan S15 is just the thing for hunting the undead, with a sturdy exoskeleton, bulk ground clearance, go-anywhere tyres and an LS1 for motivation with unmuffled header pipes poking skywards through the bonnet. 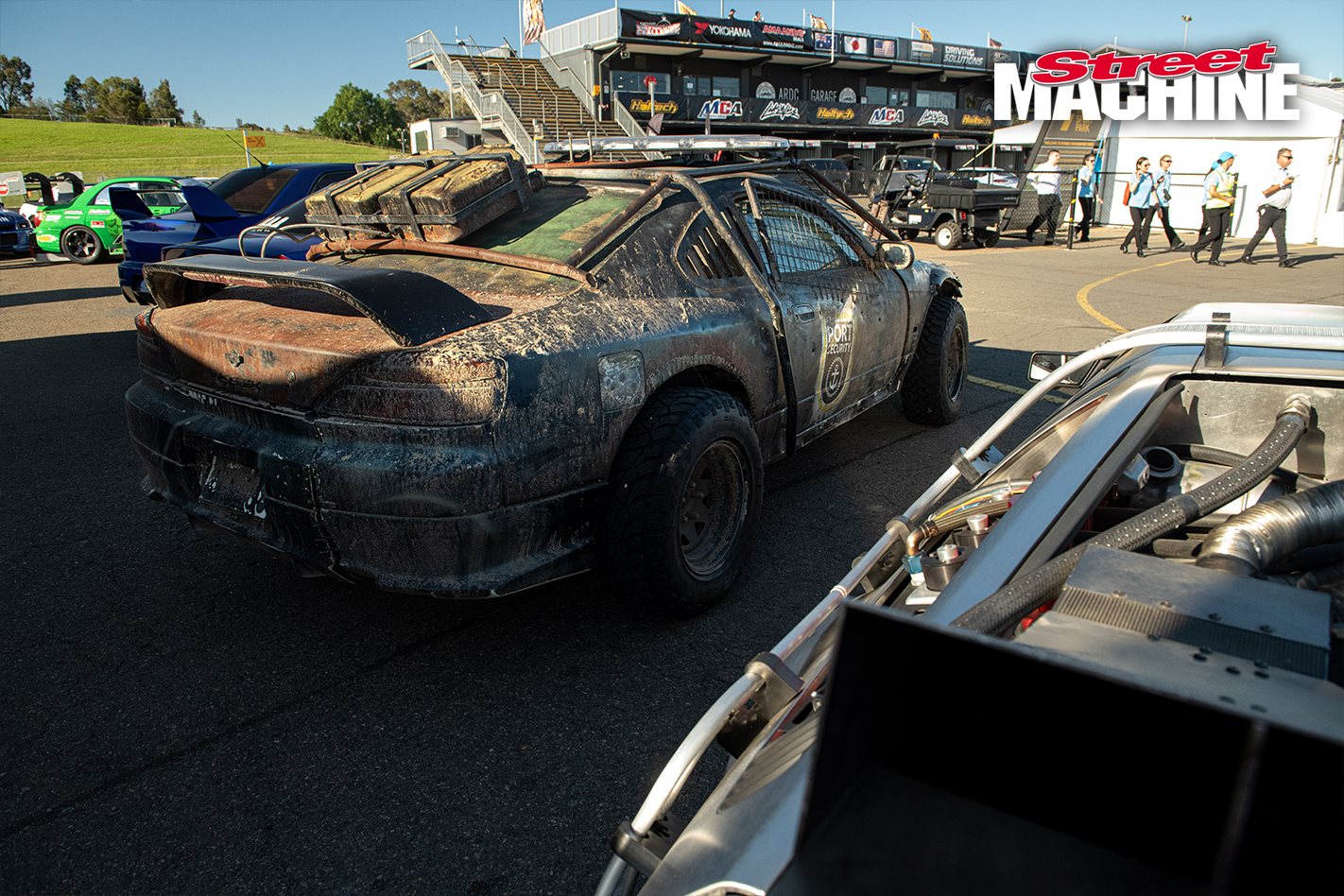 Aussie aftermarket powerhouse Harrop Engineering have two entries at WTAC 2019, but for the purpose of this exercise we’ll focus on the one with eight cylinders. Equipped with a naturally aspirated four-litre V8 from the factory, Harrop’s 2008 M3 is equipped with the brand’s own supercharger kit – the only positive-displacement kit in the world for this engine – which complements the car’s howling 8400rpm mill very nicely indeed. In blown form and on E85, it makes close to 650hp at the tyres. Piloted in the Clubsprint class by Harrop’s Heath Moore, the car is equipped with basic aero mods, coil-overs and Harrop’s big brake package. 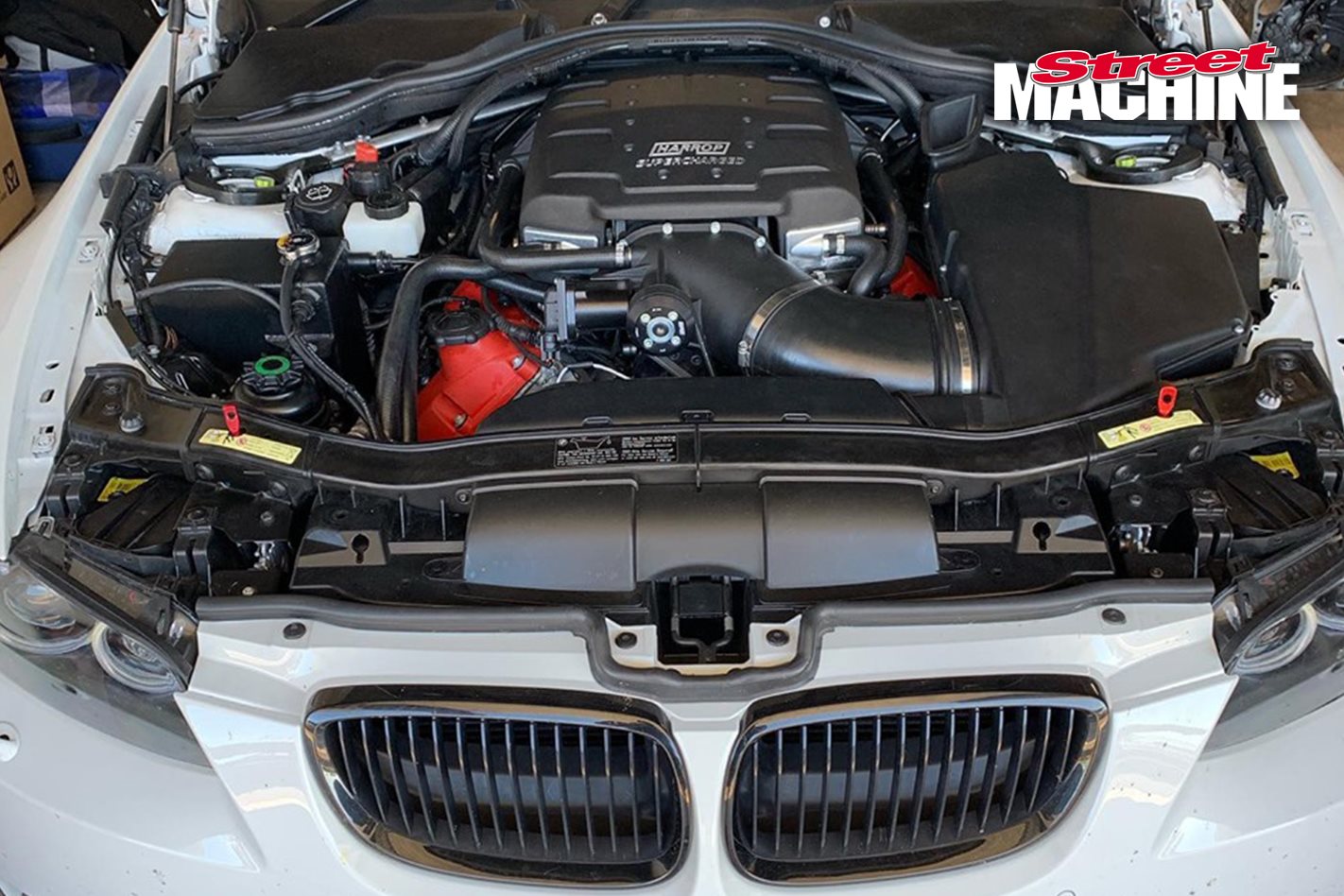 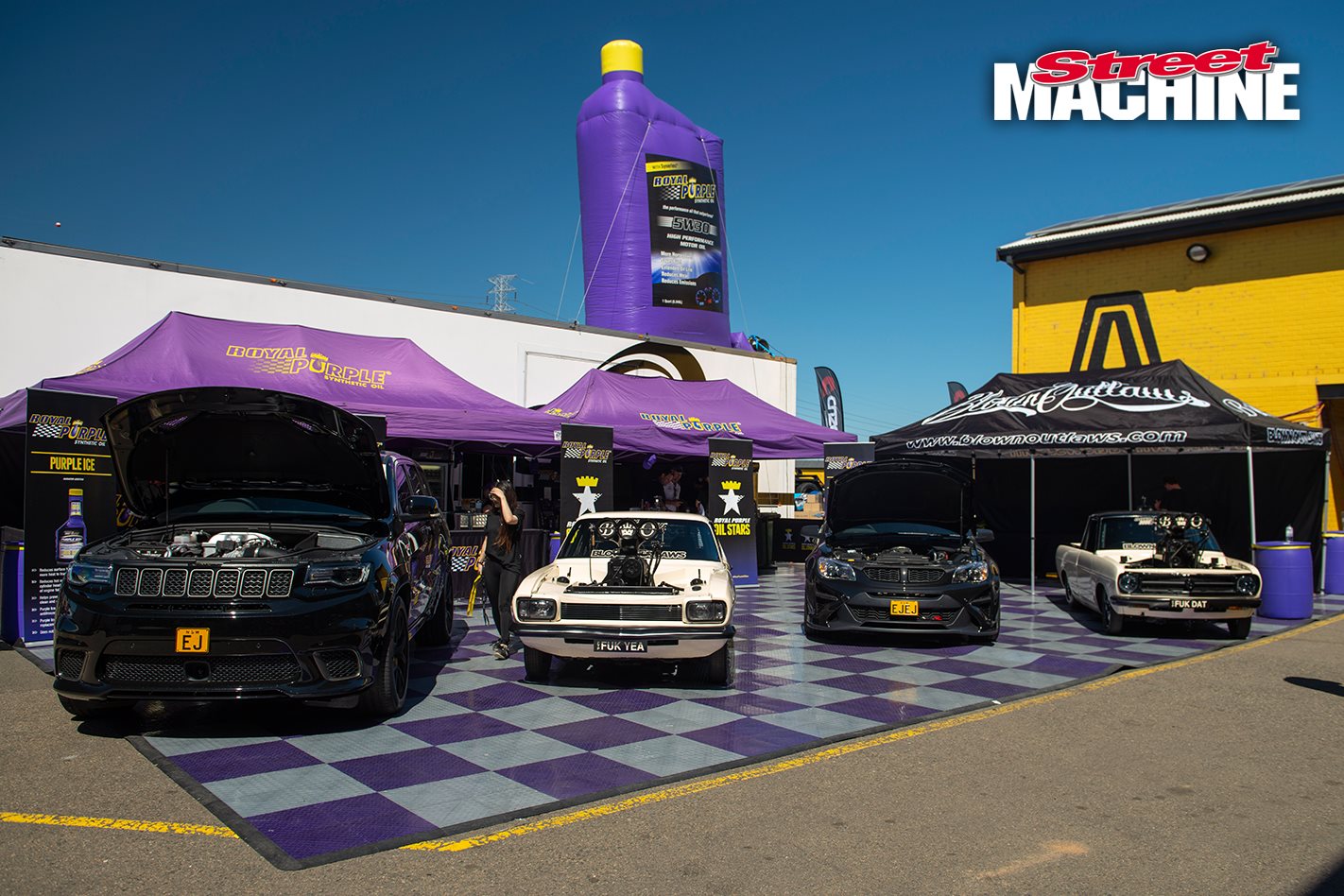 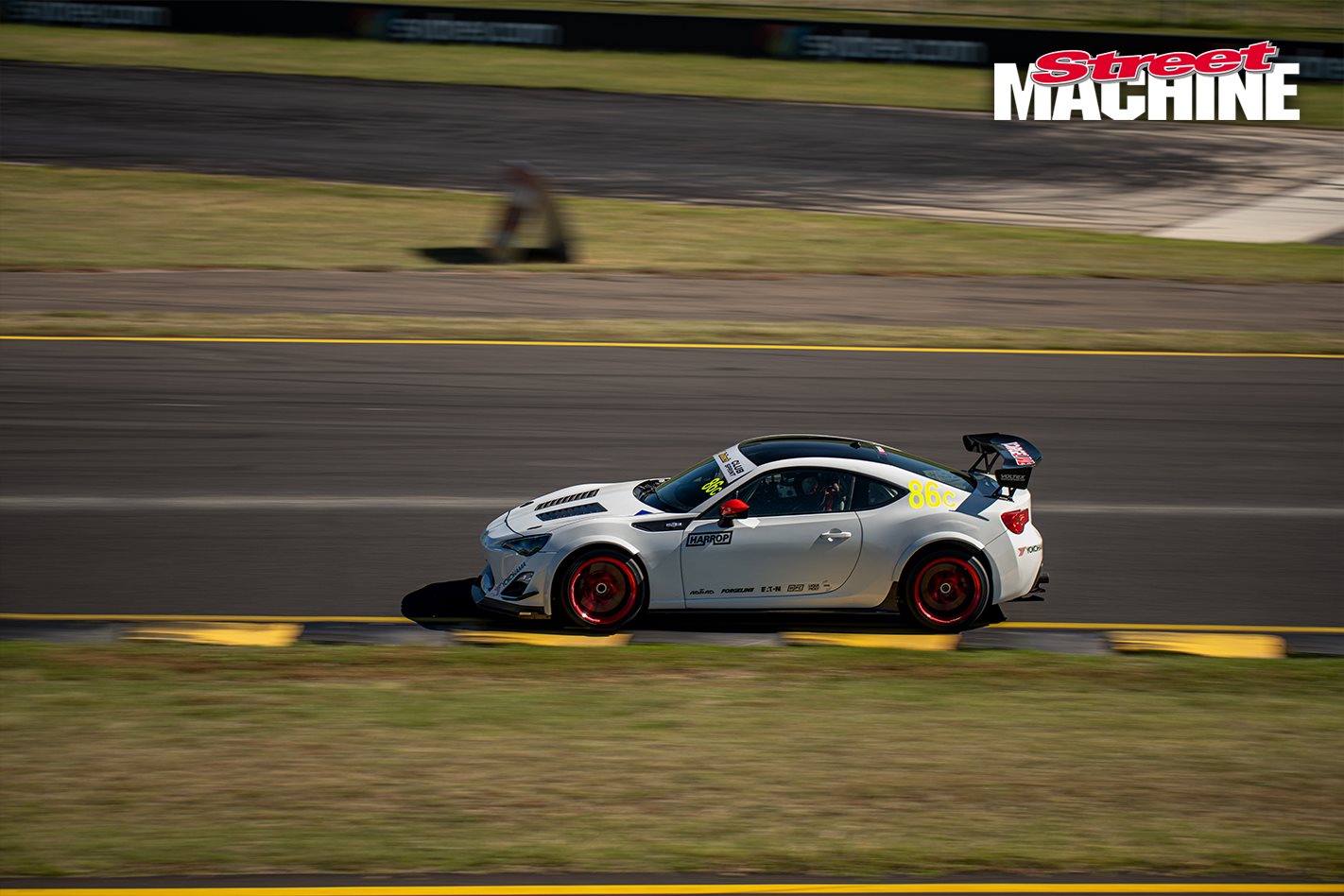 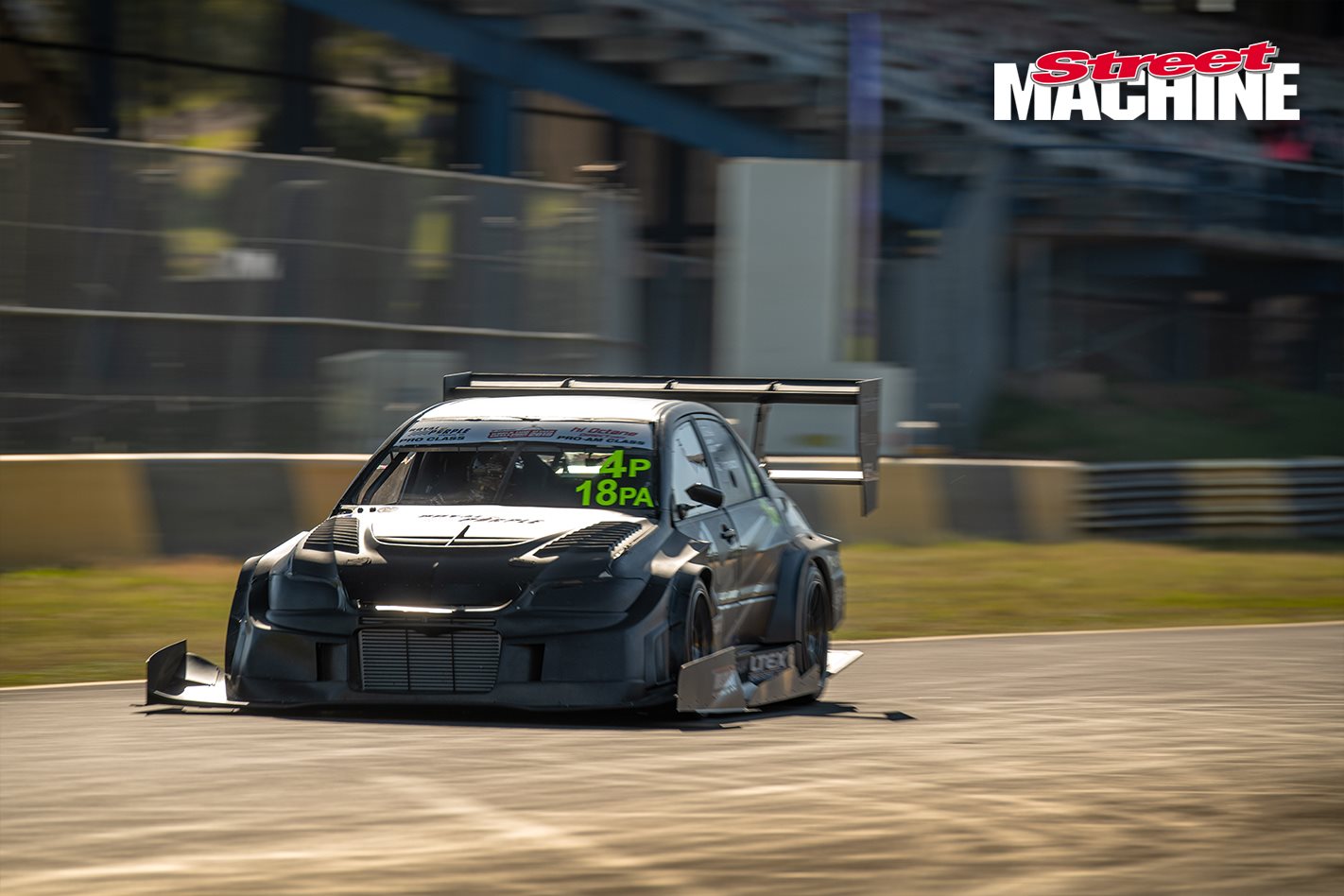 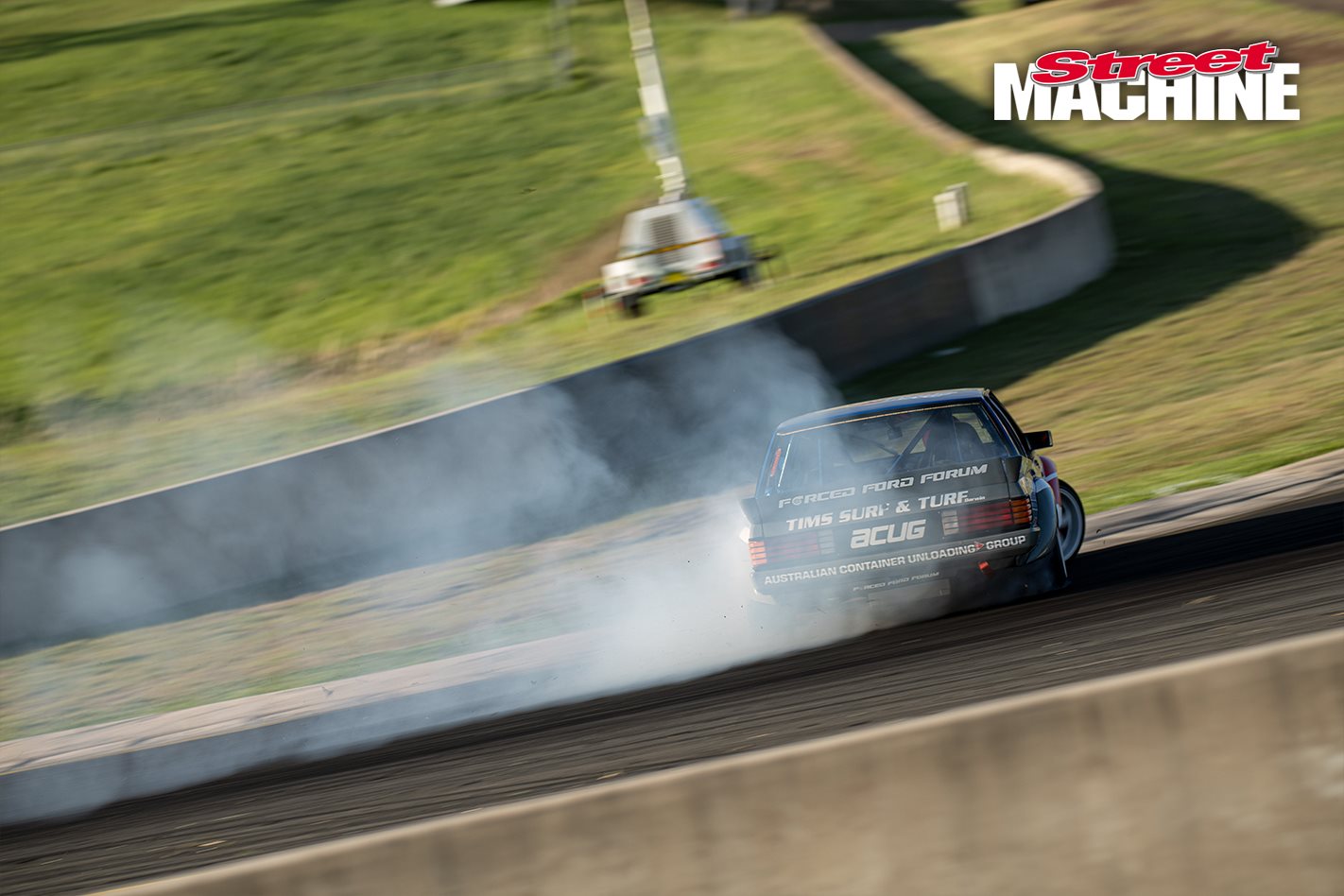 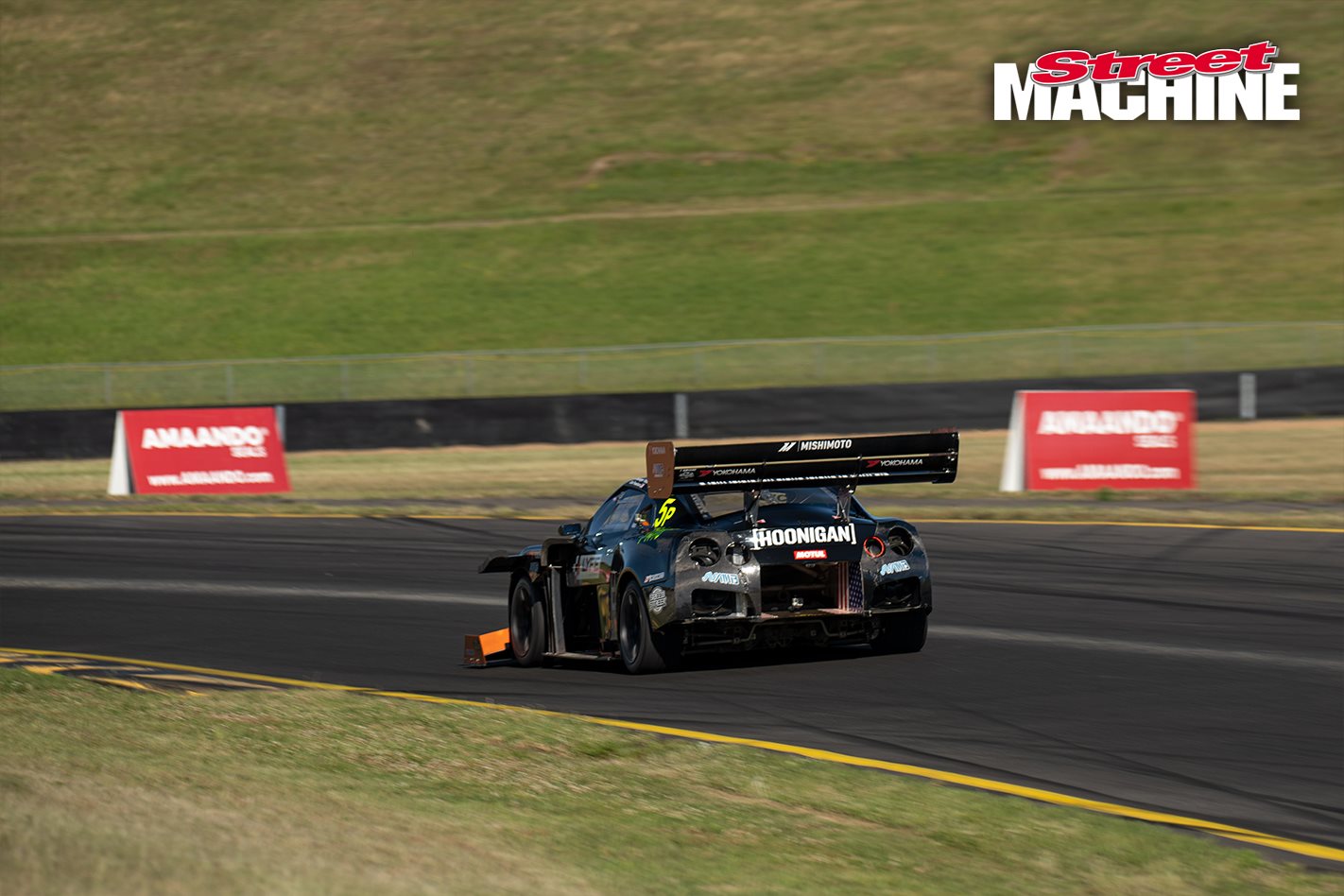 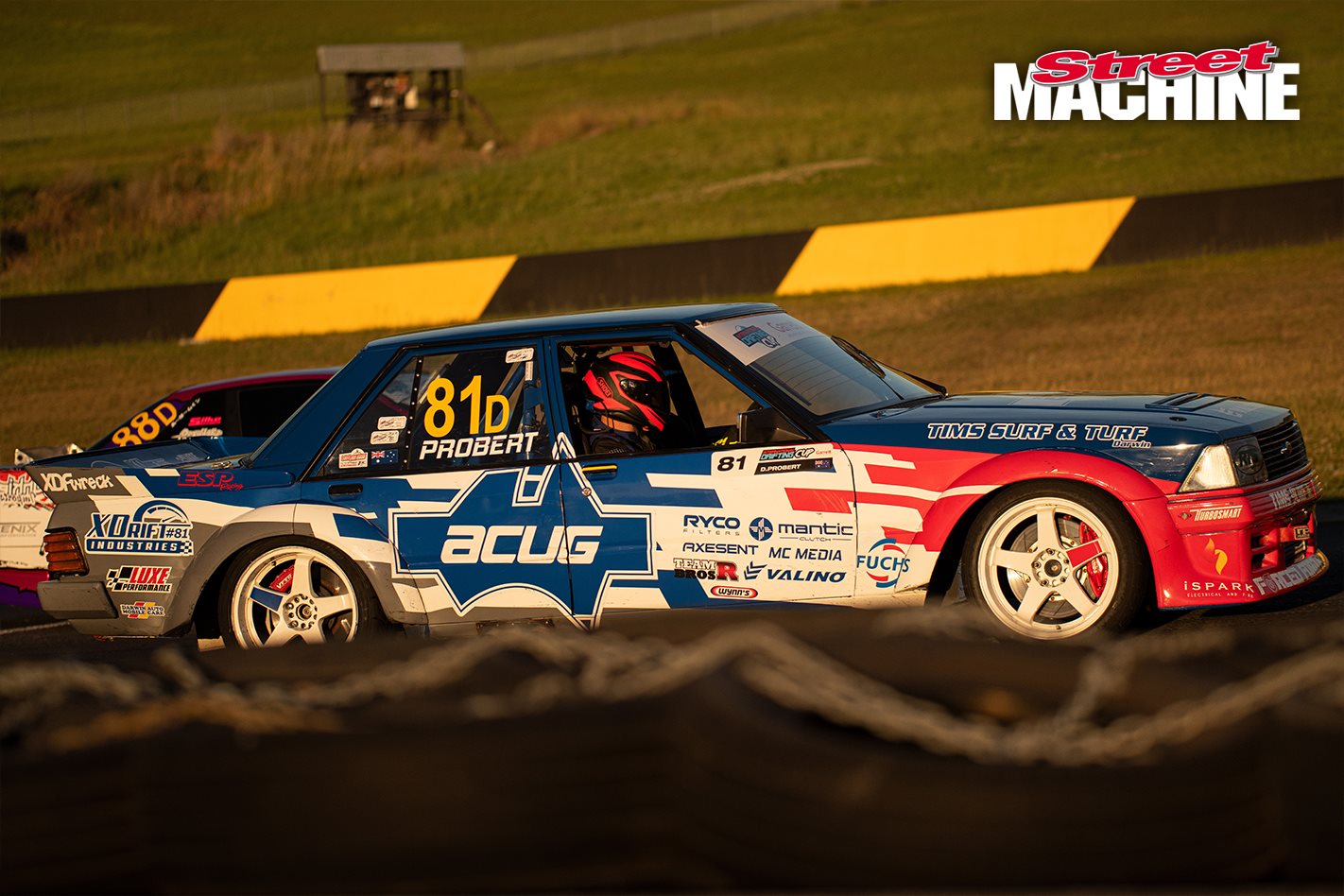 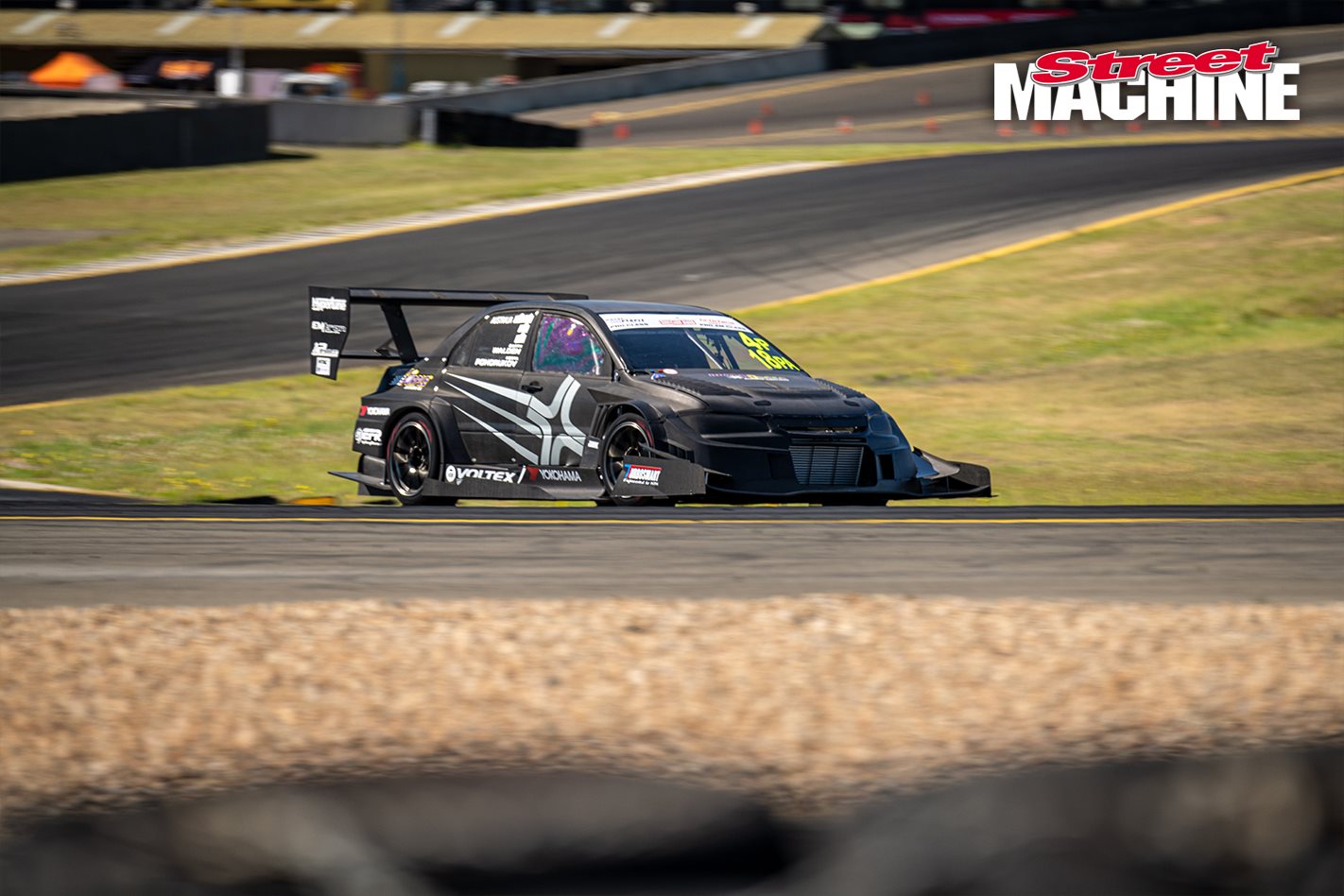