IT’S not every day a new speed shop opens up in the Hunter Valley in NSW, so it was great to see Zero5 Performance in Rutherford, five minutes west of Maitland, opening its doors to the public last weekend. Boasting engine building and conversion, paint and panel, restoration and dyno-tuning services, Zero5 is also an HDT dealer and a muscle car importer – so it’s basically a one-stop shop for all things horsepower. Zero5 is a partnership between Brad Lowe, Chris Sheppard and Peter Champion. If the latter’s name sounds familiar, it’s because for the past decade or so he’s been the owner and passionate custodian of HDT. “Peter developed the Zero5 brand name around 2009,” said Brad, who also happens to be Peter’s cousin. “Where HDT is obviously a Holden-specific entity, Zero5 – a tribute to the late, great Peter Brock’s racing number – was created to cater for a broader range of makes and models.” As such, you’ll find a classy showroom full of HDT parts, accessories and merchandise, as well as a lovely VC Commodore HDT race car mock-up that got plenty of attention during the event. But the spacious workshop out back is for the development of new products for makes and models like the Mustang, Camaro, 300C, Cherokee and 4WDs like the Colorado, D-Max and Ranger. Expect offerings such as bodykits, brake upgrades, exhaust systems and wheels – just like HDT does for the Commodore now. Beyond HDT and Zero5, the workshop also caters for custom builds, engine conversions, bodywork, dyno tuning and more – as evidenced by the row of classic metal housed within. 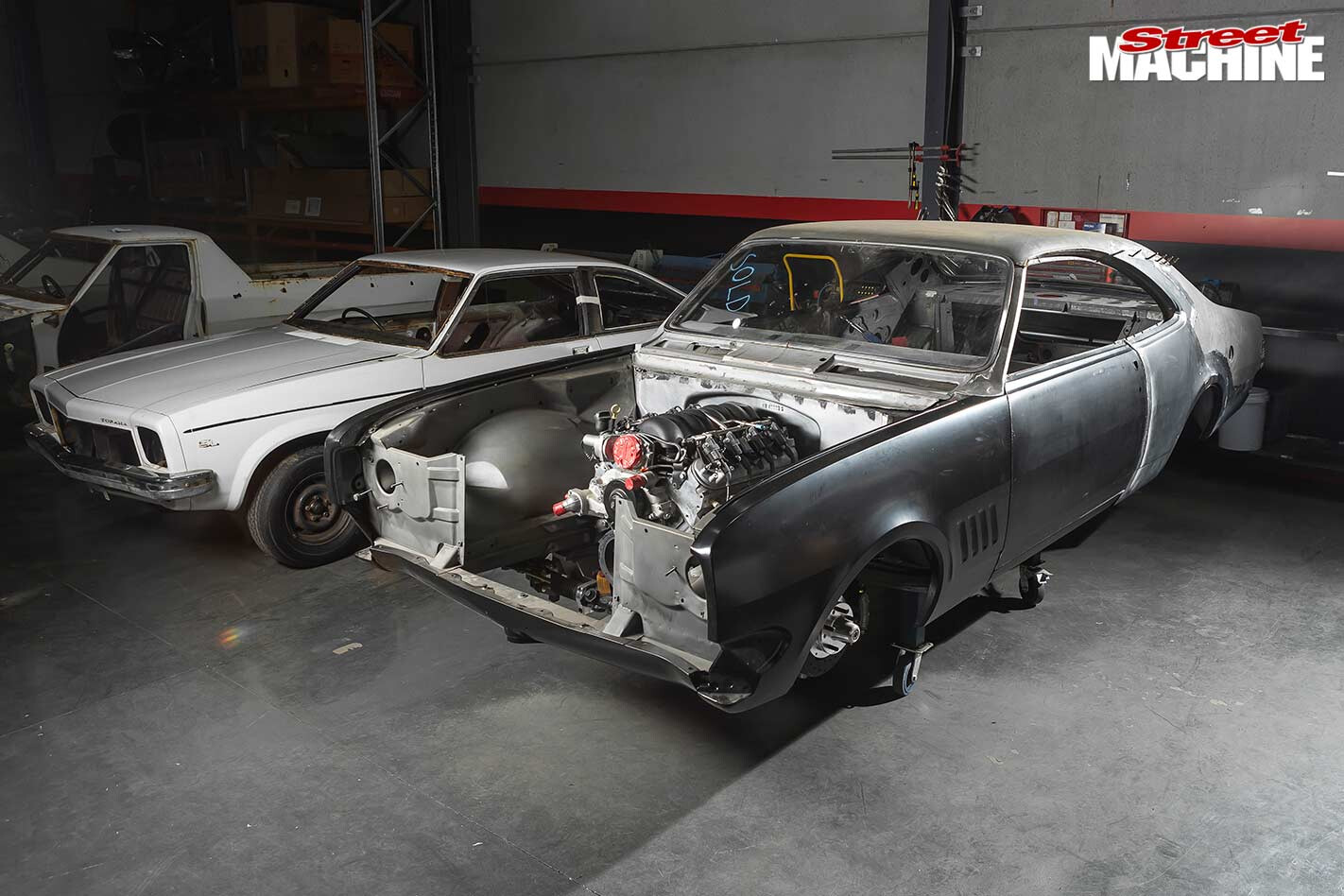 One such build is Jason Powell’s Monaro, which has already copped a bunch of fresh sheet metal, as well as an LS3, Tremec six-speed and nine-inch, with IFS and coil-overs all around. Brad said this Munro will be a street/show car and will boast all the mod cons once it is finished. Zero5 is also building two Holdens for Street Machine Drag Challenge, including this HJ sedan that belongs to Chris. Powered by a 410ci cast-iron LY6-based LS combo, it is aided by a pair of 72mm BorgWarner turbos, and Chris said he’s expecting around 1100rwhp once it’s finished. The mill is backed by a stout rear end consisting a full-floater nine-inch, four-link and tubs, and the car has also been fitted with a rollcage.

This HQ ute is more of a shop project, and Brad said they chose the 500ci big-block to go against the grain a little. “We also wanted some wow factor when we opened the bonnet,” he said. With a big GT55R Garrett strapped to the side of the rat motor, people are sure to flock to the car, which will be left in its rusty state – caused by years under a tree on a farm. Backed by a four-link and nine-inch, the car should make between 700 and 800rwhp. Lurking down the back of the workshop, Mark’s Kingswood ute was strapped to the dyno, where it has made a solid 850rwhp so far from its stock LS bottom end. That’s about all that’s stock, though. A pair of 66mm BorgWarner turbos force air into the combo, which is backed by a Powerglide, nine-inch and ladder-bar rear end. It hasn’t run any times with the new combo yet. 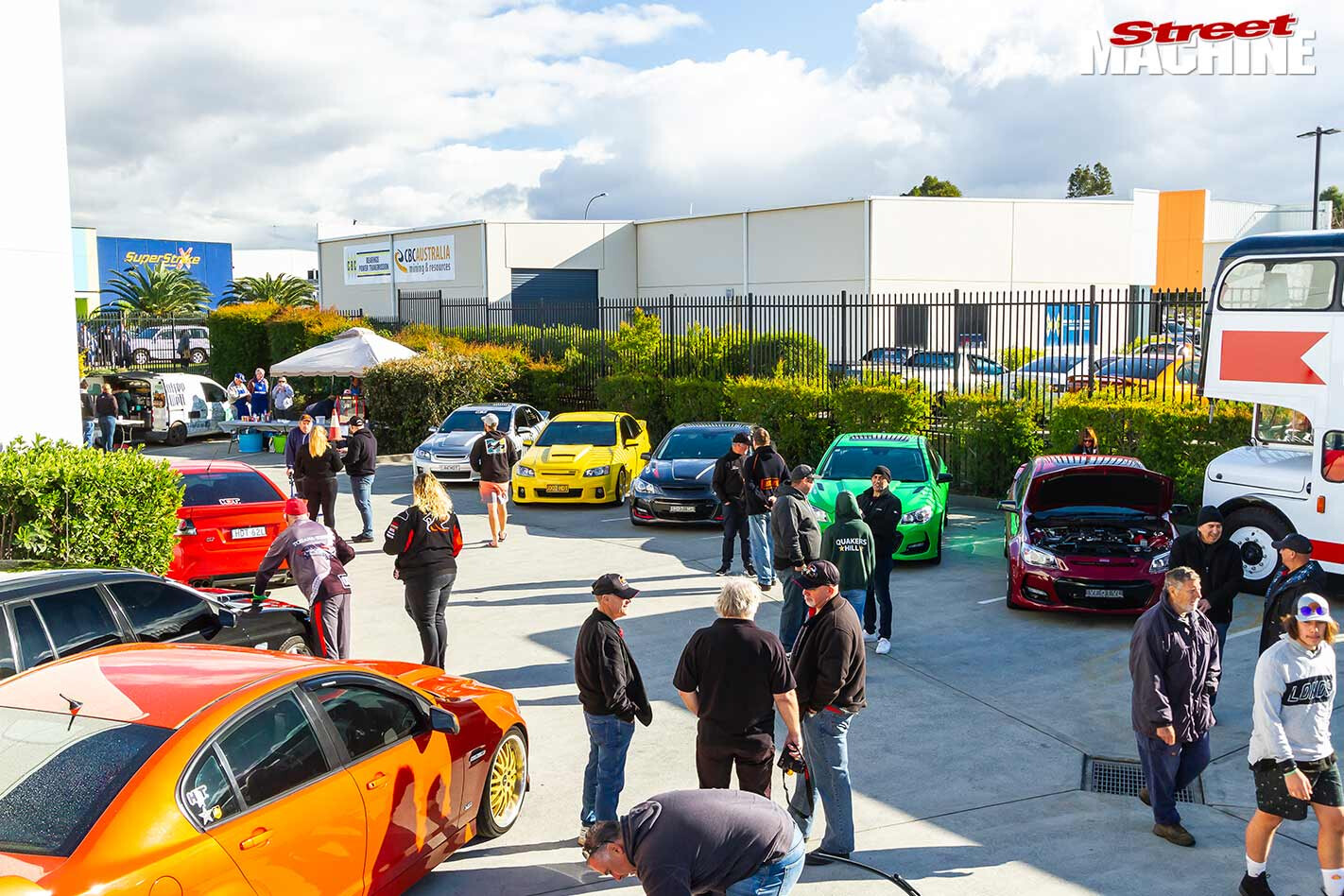 The grand opening attracted a big crowd of curious onlookers with the help of a static car display that extended up the road to the local Autobarn. Both venues offered barbecue and coffee facilities, no doubt drawing in even more punters on what was a cold and breezy Saturday morning. Between the official display cars and those belonging to visitors, the entire area was one big showcase of some of the nicest rides the region has to offer. Standouts included a large array of early- and late-model HDTs – including the HDT double-decker bus. When asked what HDT represents in 2019, Brad said that he thought the brand needed more exposure. “We get some people who didn’t realise HDT still exists, but with market value on the VE and VF Commodores going up since the Aussie models ended, we think there’s plenty of potential for people wanting more out of those models.”