Plenty of hardcore 4x4 action to be had in the NT’s Davenport Ranges.

The Davenport Ranges and the national park of the same name are located east of the Stuart Highway, 380km north of Alice Springs.

The main access road to the ranges, just north of the small hamlet of Wauchope (Northern Territory), is pretty good gravel for the first 120km or so. However, as it swings south and begins to pass through the Davenport Ranges, it degenerates to a rocky, sometimes eroded route which is part of the more adventurous Binns 4WD Track. 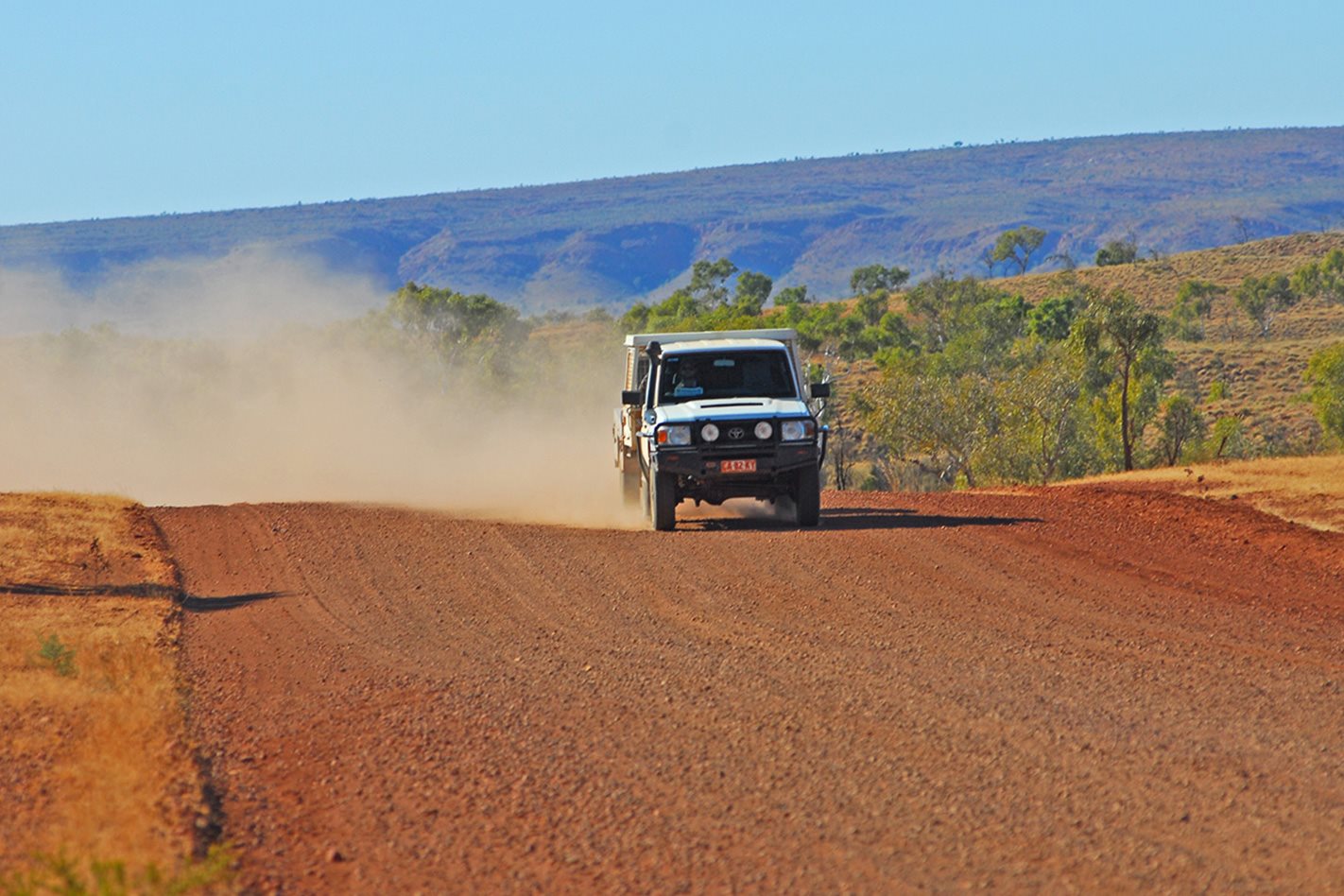 The ranges form the transitional zone between the wet Top End and the drier region of Central Australia and are an important refuge for animals, especially waterbirds and the seven species of fish that inhabit the numerous waterholes found here.

Aboriginals have long lived here and depended on the region for water and food. Europeans first came to the area in the 1860s but it wasn't until 30 years later that any pioneers tried to settle the region – resistance from the local Aboriginal clans drove them out. 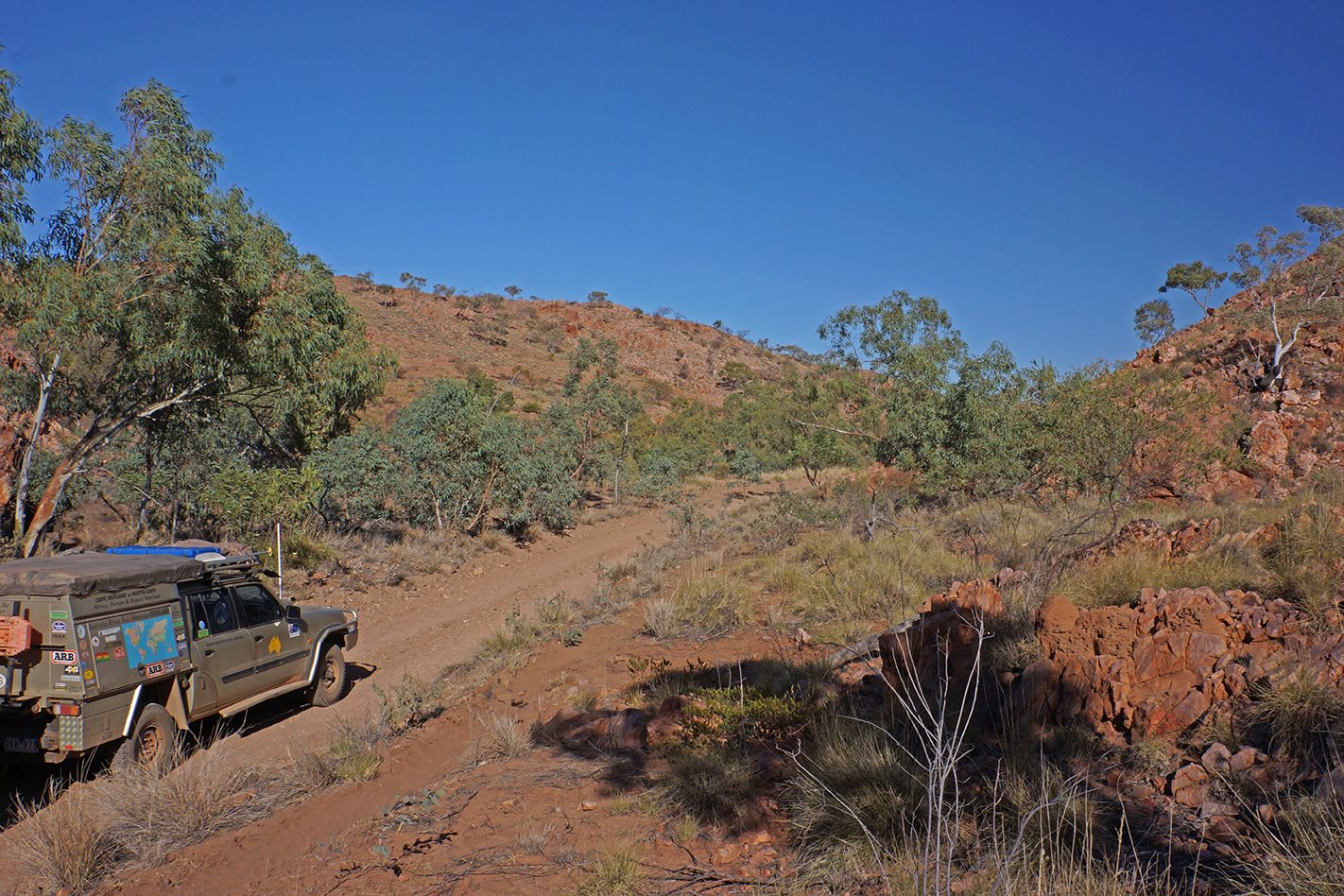 Miners came to this area in the early 1900s and by 1914 the Hatches Creek wolfram mining area was the most important with a short lived police post being established in 1919. The miners left as the price of wolfram plummeted after the end of World War One, only to be revived by World War Two.

By then, pastoral development had seen a number of cattle stations established in the region. Today, the four Aboriginal groups that have long called this region home help manage the park as well as operate some of the cattle stations surrounding the reserve. 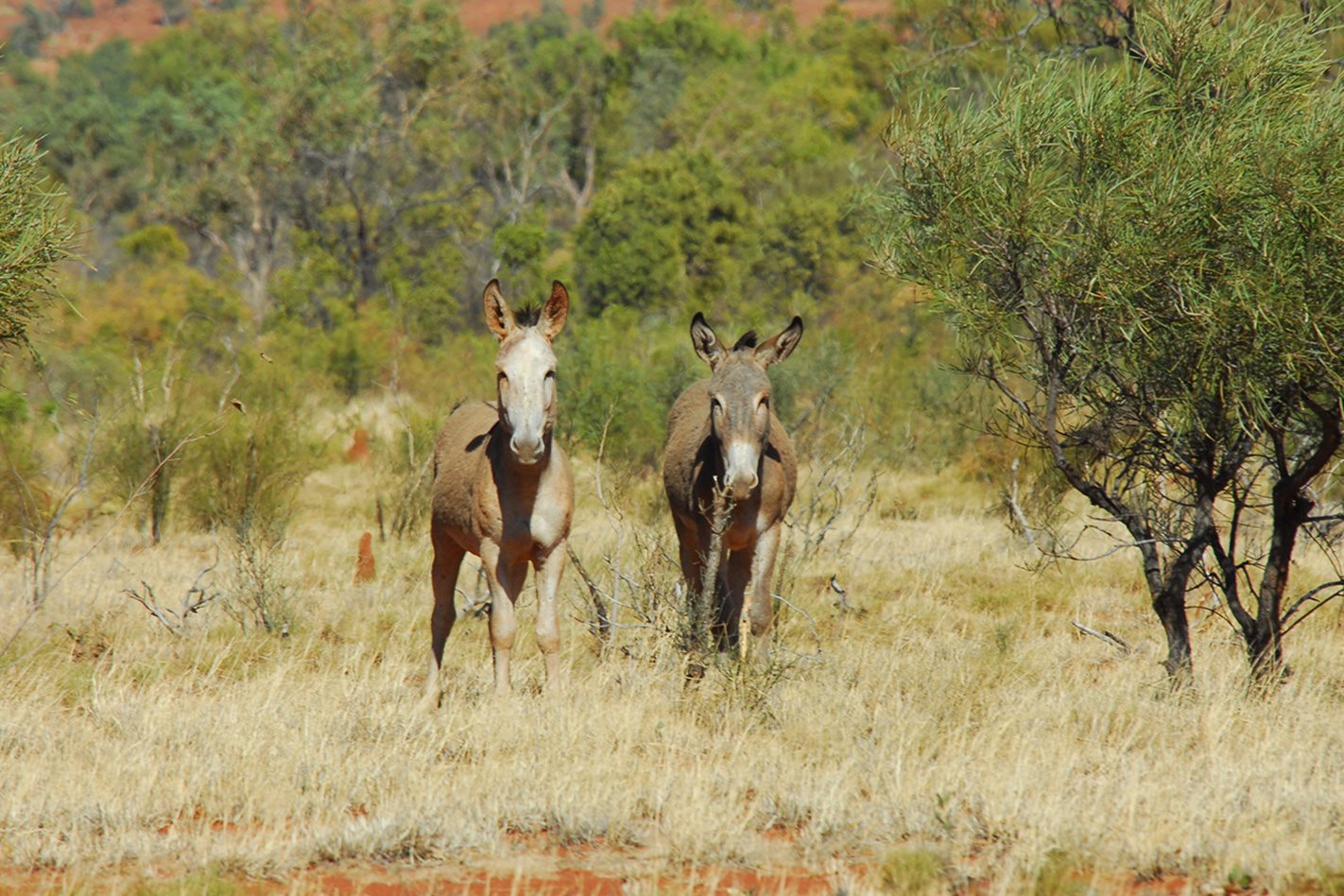 About 70km from the Stuart, a track heads south from the access road into the northern edge of the mountains at Whistelduck Creek. There's a camping area close to the creek while a short distance away, Irrmweng Rockhole is an enjoyable day-use area that often abounds with waterbirds. Wandering around the creek, you are bound to see red kangaroos and euros as well as wild donkeys and horses.

The most popular camping area in the park can be found at Old Police Station Waterhole on the Frew River. To get away from the crowds along this delightful stretch of water you can take the Frew River 4WD loop track and while rough, this leads to a number of small bush camps along the water-hole studded stream. 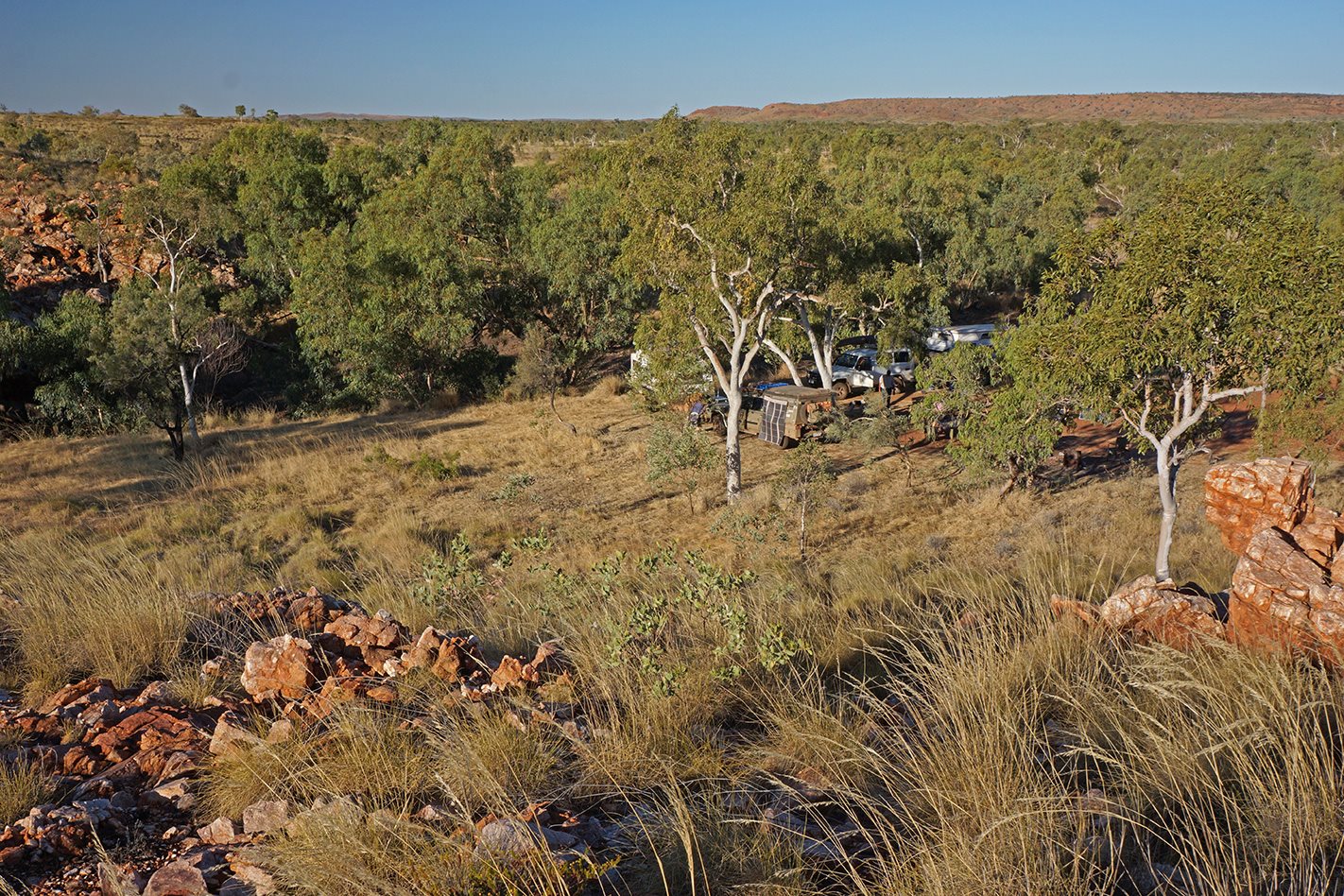 Further south along the main track (part of the Binns Track) you will approach Wolfram Hill and the original settlement of Hatches Creek. The Pioneer Wolfram Mine – the biggest mining concern in the area – litters the area with its big obvious steel headframe complete with cables and cages, winch winding gear, ore dumps, settling pits and debris from the crushers and refining process. 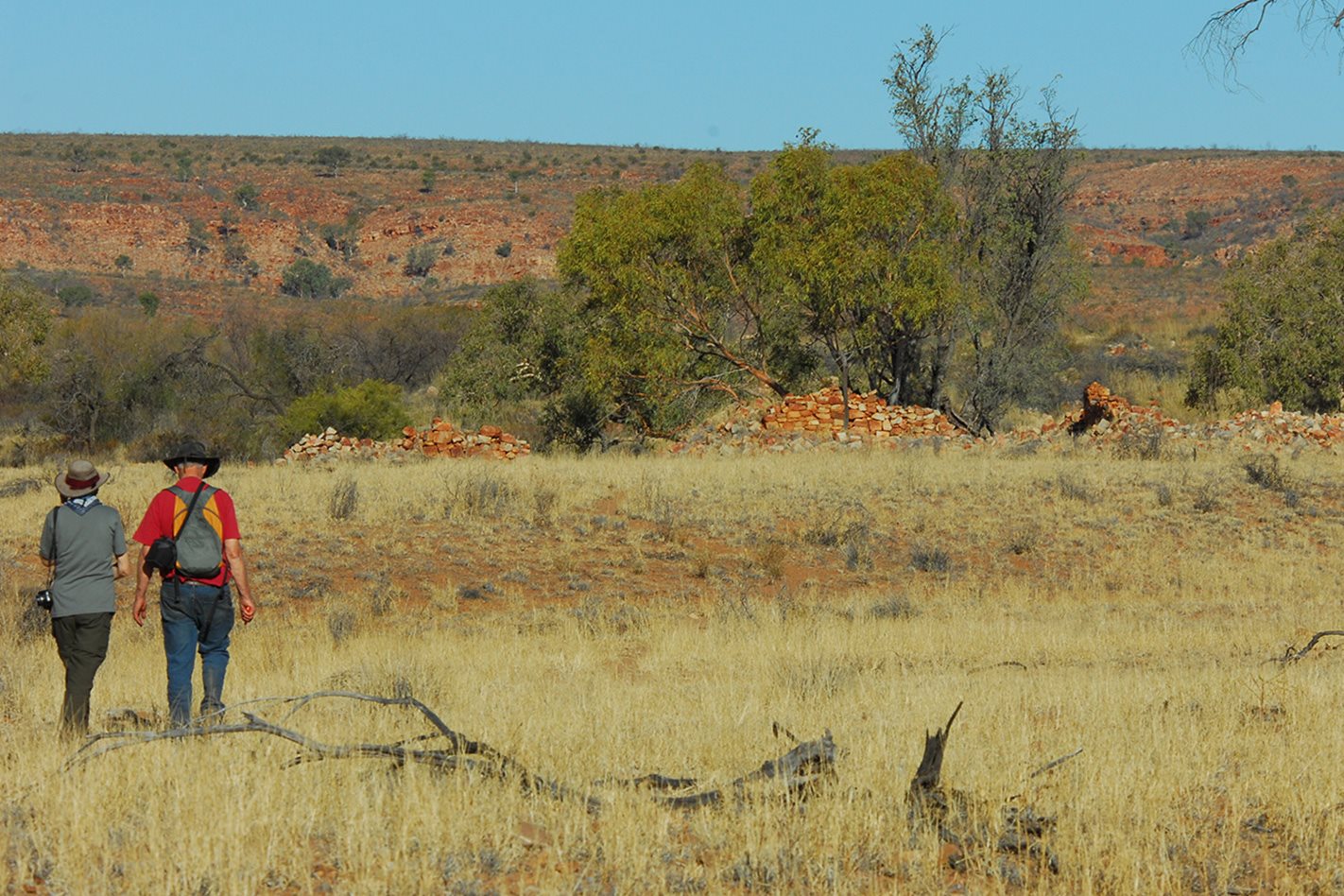 The Binns Track skirts alongside the headwaters of the Frew River and before leaving the ranges, passes close to a small waterhole which makes for a good camp often missed by travellers. From here the track swings west, skirting the southern ramparts of the ranges and passing Murray Downs homestead before reaching the Stuart Highway, south of Wycliffe Well. 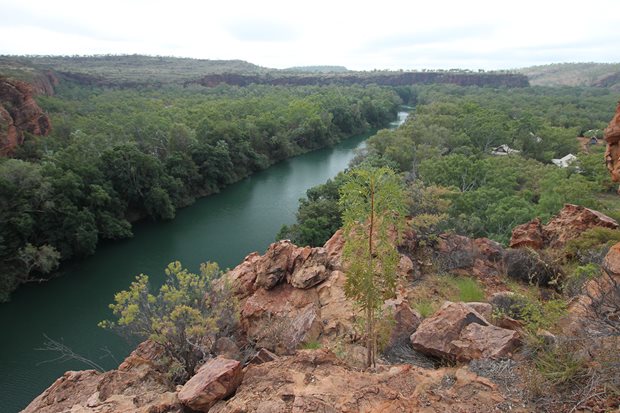