THE view hit us suddenly and completely by surprise. I had been concentrating so intently on the rough, rocky track we were following that the top of the ridge was seen as nothing more than a change from driving upwards to careening downwards. But as the view hit me, I instinctively jammed on the brakes and got out to admire the panorama that surrounded us.

I was hemmed in by ranges; at my back was a particularly rugged part of the mountains, while to my front the path of Depot Creek wound between two hills before suddenly spilling out on to the flat plain which seemed to stretch away to eternity. In fact, the flat plain does stretch for quite a distance with hardly a hill and certainly no mountains all the way to the WA border and beyond.

FLINDERS RANGES: Exploring the back roads

We had been exploring the southern Flinders Ranges, poking around in a few places I knew and loved well, and finding other spots that I hadn’t been to for 20 or more years or had never even seen before. Depot Creek falls into the category of a place I hadn’t been to in a long time and, recently, access to this historic spot has changed and been made easier. 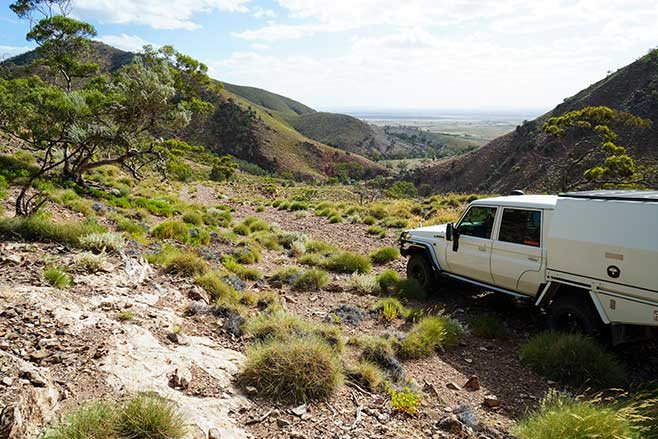 We had heard about the change in access earlier and so after wandering around Orroroo, Quorn and Hawker, we headed out on the dirt through Yappala Gorge towards the old deserted town of Hookina.For much of the way you pass through the Yappala Properties Indigenous Protected Area (IPA), and while this area of once pastoral lease-hold land was declared an IPA back in late 2013, only recently are there any visible signs of that appointment.

The IPA covers 10,886 hectares and features acacia shrub lands, open eucalyptus woodlands, the imposing Yappala Range and the artefact-rich floodplains along Hookina Creek where more than 30 archaeological sites have been recorded.

Hookina, which had been abandoned back in the 1890s after horrendous dust storms had swamped the local pub, had once been an important meeting and drinking place for the bullock teams heading north to the mines in the northern Flinders Ranges. However, when the Old Ghan Railway was routed a short distance east in the 1880s, it was the death knell for the town. 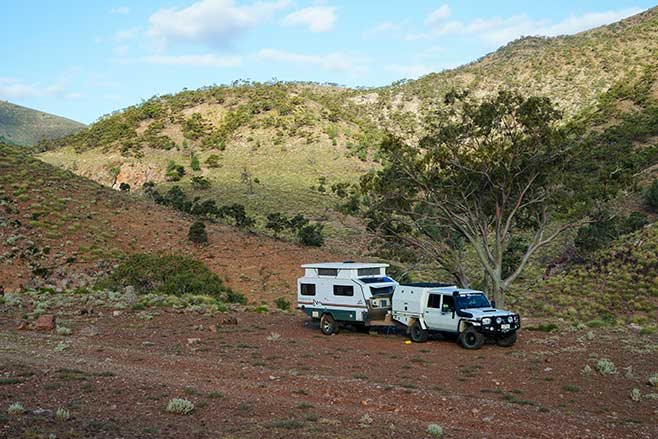 Farther west, the relatively good dirt road now skirts the southern flank of a low range, the highest point of which is Mt Eyre, before heading south along the western edge of the Flinders Ranges. Pushing south, we passed the ruins of the once large and important Warrakimbo Woolshed before coming to the turnoff to Wilkatana Station and, hidden behind a veil of scrub from this distance, Depot Creek.

DEPOT Creek was first named as such by Edward John Eyre in 1839 on his first endeavour to find a way north into the heart of Australia. An incredibly reliable and good source of water, Eyre made his ‘Eyre Depot’ on the creek close to the where the rugged ranges meet the plains; this became his base on his first and further endeavours, while other explorers and surveyors followed.

Of course, they weren’t the first people to depend on this water supply for succour and life. Aboriginal people had been savouring these waters for millennia and were probably more than a little distraught when Eyre and his mob of people, horses and stock arrived. Just a few years later, in fact, two shepherds were killed by Aboriginals and one could surmise that it had a lot to do with the sheep’s seemingly insatiable demands on the water supply. 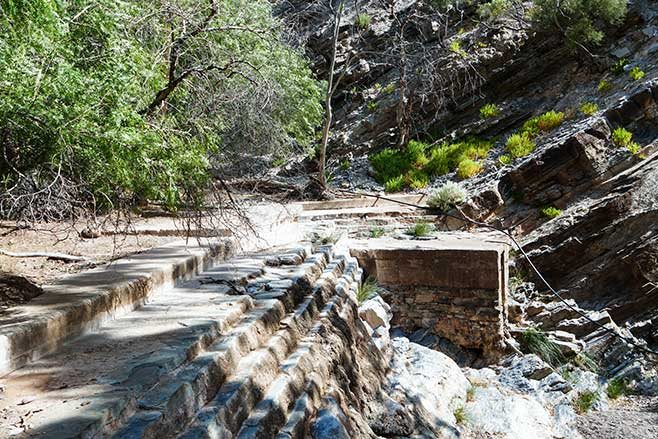 In 1915 with the planned Transcontinental Railway about to be built across Australia linking distant Perth with the eastern states, the Commonwealth Railway set about changing the creek and its waterflow forever. They built a dam deeper in the ranges and, with more substantial rock and earth works downstream, built a pipeline that fed water to Port Augusta and the steam trains that hauled goods and people north and south and east and west.

Today the dam and most of the original works and pipeline are in ruins; although, water is still fed from near the original dam out to a number of nearby station properties that still rely on this water point.

One of those properties is Wilkatana Station whose lands take in the old weir, the creek, the site of the historic Eyre Depot and much of the rugged surrounding country. The acclaimed Heysen Walking Trail traverses the property and wanders along Depot Creek, where nearby is a monument to the explorers that used this important source of water.

With directions from the owners we took the station track south across the flat plain bordering the range before reaching the northern edge of Depot Creek, its line of gum trees marking the route of the creek far out on to the flat plains – certainly the most obvious creek line along this whole western rampart of the ranges. 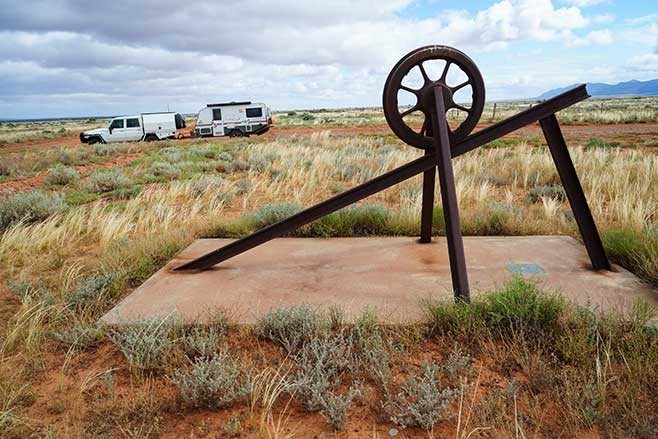 Once at the creek the main track heads deeper into the range and we dropped our camper on a flat piece of country above the creek, before wandering deeper in to the mountain fastness. The route winds and climbs a few rocky ridges for a few kilometres before suddenly coming to an end at a sheer bluff. From here it’s about a 500m walk – the easiest being along the creek bed itself – to the old weir and workings of the railway pipeline. Pools of water had dotted the creek downstream from the weir, but the weir itself was completely silted up, with a few sprightly gum trees indicating it had been like this for a long time.

After our explorations we backtracked to our camp as a few spits of rain indicated a cold front was passing through. Next morning, we followed tracks to the south-side of the creek where the monument pays homage to Eyre and his fellow explorers. From there we headed out to the main road, where just north of Depot Creek another monument to Eyre can be found – I’ve gotta say it’s a rather strange one for an explorer, but I guess it made sense for the Carlton Primary School who erected it here back in 1986.

With our explorations over we took one last photo and headed south to the ‘big smoke’ of Port Augusta. Hopefully, it won’t be another 20 years before I visit this lonely, spectacular spot once again!

For access to Depot Creek contact Andrew or Rachel at Wilkatana Station, phone: (08) 8642 3642; or check the web for details on their camping, accommodation and other 4WD tracks they have on offer. 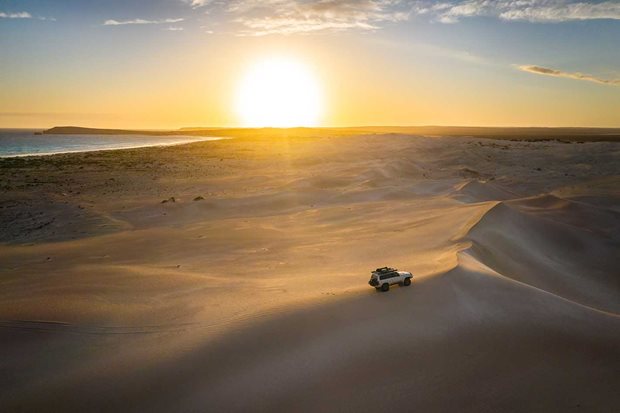 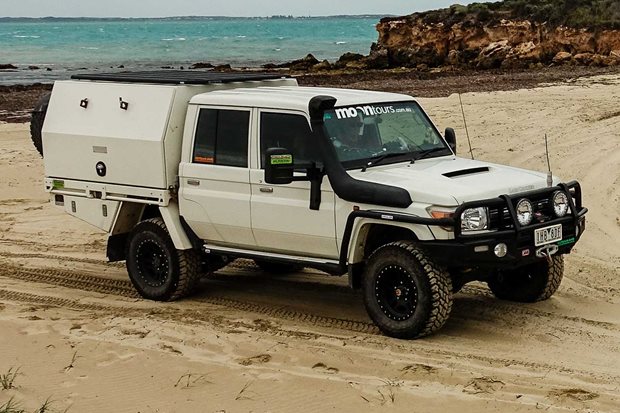 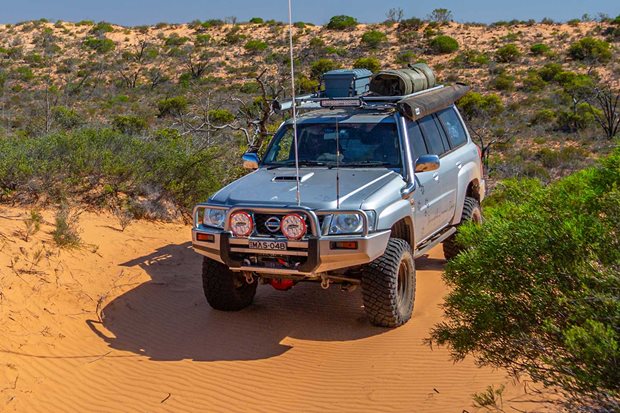 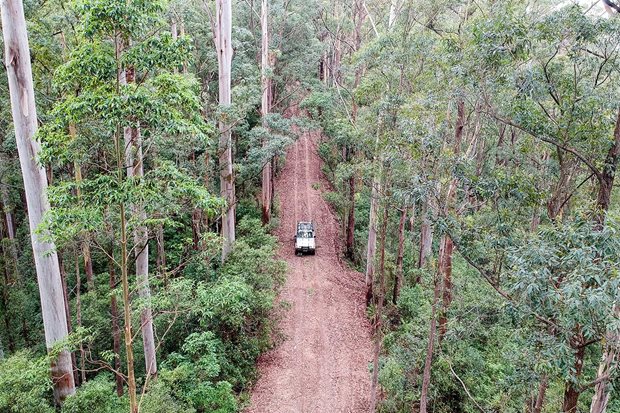