This pleasant drive through some of Australia’s most magnificent desert mountain country starts at Wilpena Pound.

Just a little north of the resort on Blinman Road, the route veers off the bitumen to a good dirt road.

Timing is important to enjoy the surrounding hills and ranges, so it is best to leave Wilpena just after sunrise, or even earlier, as the sun lights the eastern sky. 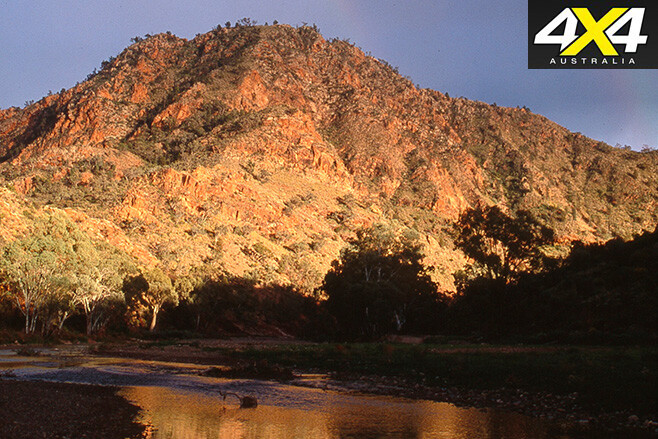 The route initially winds across rolling hills dotted with native pines and open grasslands, which in the early morning are often alive with grey kangaroos and emus. The odd, bigger red kangaroos are sometimes seen in these open areas.

As you begin to get into more hilly country, you come to the old Yanyanna Hut, once used when this area was leased for grazing. The road then passes through heavily treed country to the top of the low range of hills and the Bunyeroo Valley Lookout with its spectacular views over the rugged ranges to the west. Be there at sunrise, when the mountains are at their most majestic. 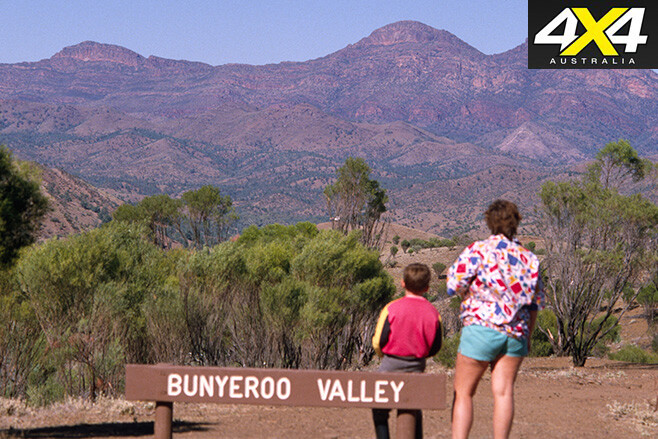 From the lookout, the route winds steeply down the hills into the Bunyeroo Valley, where there are a couple of creek crossings and a few campsites nearby. There is a carpark for those who want to walk into Bunyeroo Gorge.

The route strikes sharply north from here, with the Heysen Range – named after the famous Australian painter, Hans Heysen – to the west and the ABC Range to the east.

The road dips and climbs over low, steeply-humped hills to a T-junction. While the route heads west deeper into the ranges, it’s a good idea to take a detour into the Aroona Valley. The track junction to this pleasant spot is found just a little to the east. The Aroona Homestead ruins are found at the northern end of the road which cuts through the valley, and there is a very pleasant bush campground nearby with several walking trails to enjoy.

The original homestead was built in the 1850s, while the old Pine and Pug Hut, which is most obvious today, was built in the mid-1920s. Thousands of sheep once grazed these hills and valley, making John Hayward, the first leaseholder, a very rich man. 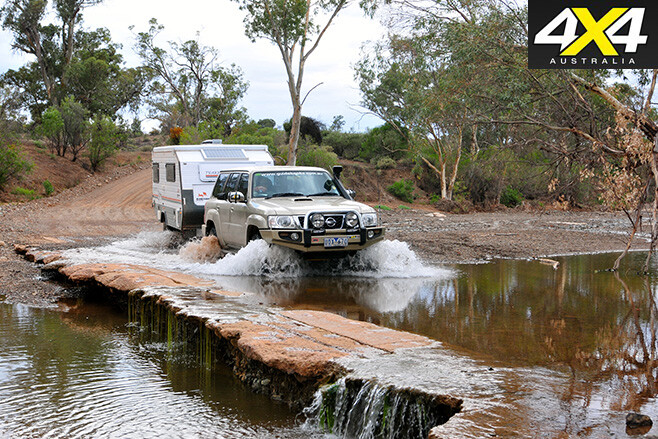 Back at the T-junction, turn west and drive deeper into the ranges. This route follows Brachina Creek and winds through the Brachina Gorge.

The road then passes below the high peak of Mt Hayward, while the imposing bulk of The Armchair and The Guardian dominate the view as you go deeper into the gorge. Douglas Mawson, most famous for his exploits in Antarctica, once described these mountains as “the bones of nature laid bare”, and with the varied and twisted rock forms you’ll find along here, you can understand why. Today this route is declared a ‘Geological Trail’, and while there are many obvious ancient landforms, for those willing to search a little deeper, there are also many fossils to be found. Don’t forget, though, you are in a national park and such items are not to be removed. There’s also some nice camping through here and plenty of opportunities to get out and enjoy a walk.

The gorge ends abruptly as you exit the ranges out onto the flat western plains. If you’ve hurried through, take a detour north to the Prairie Hotel in Parachilna and enjoy a counter meal, before turning south along the bitumen to meet the dirt road – the Moralana Scenic Drive – that heads back west around the southern ramparts of Wilpena Pound. 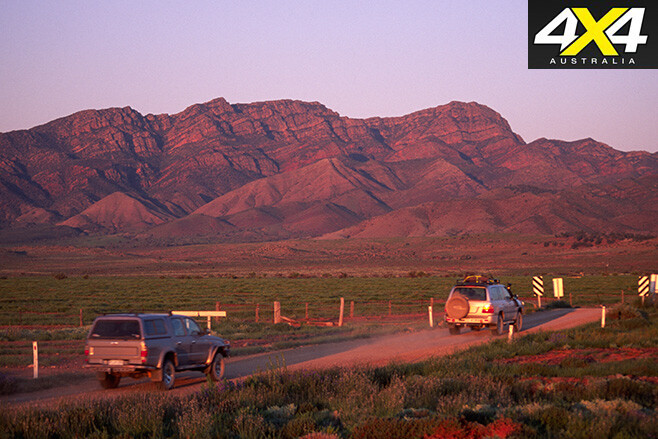 This section of the drive is best done in the late afternoon and evening, with the sunlight casting its rich glow over the impressive walls of Wilpena.

Back at Wilpena, you’ll realise you’ve just completed one of the best drives in the whole of Australia. It is far from being a tough 4WD trip, but it is truly unforgettable in its grandeur.