An outback icon on the remote Oodnadatta Track, the Pink Roadhouse has entered into a new phase of its history.

“IT’S A bit isolated,” said Neville Jacob, the new owner of the iconic Pink Roadhouse. But Neville is quick to point out he meets a great many people as the proprietor of the much-loved roadhouse, and that’s hardly surprising given its location on the popular Oodnadatta Track.

With that in mind, Neville reckons there’s never a dull moment at the Pink Roadhouse, and it was certainly hopping when we pulled in, stinging for a taste of the famous ‘Oodnaburger’.

Neville purchased the Pink Roadhouse with his wife Adriana in 2013, but the two were no strangers to outback life, having lived 200km south at William Creek. As such, the Jacobs were friends with the previous owners, Adam and Lynnie Plate. 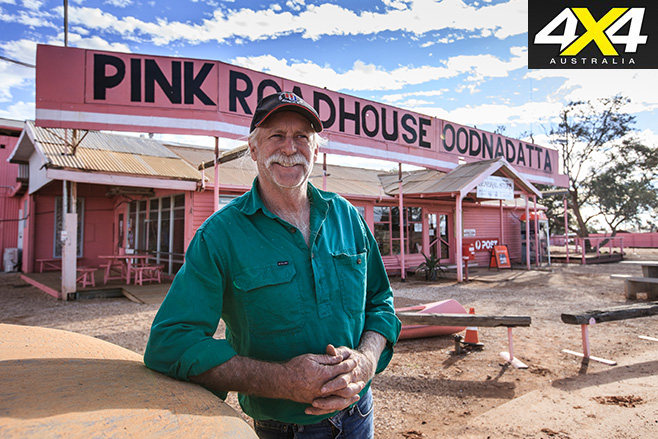 We’re thankful Neville plans on continuing the legend of the Pink Roadhouse.

After Adam’s tragic death in a crash during the Targa Adelaide rally in 2012, Lynnie sold the business and relocated to Adelaide. That’s when the Jacobs made the decision to carry on the legacy of this outback icon.

To understand the origins of the roadhouse, we must travel back to the 1970s. Adam and Lynnie were self-confessed hippies on a soul-searching sabbatical, walking the desert tracks of the old Ghan with camels, donkeys and horses.

In 1975, they rolled into the little Aboriginal community of Oodnadatta and, after some tension in the touring party, the couple decided to stay on to regroup. They never left. 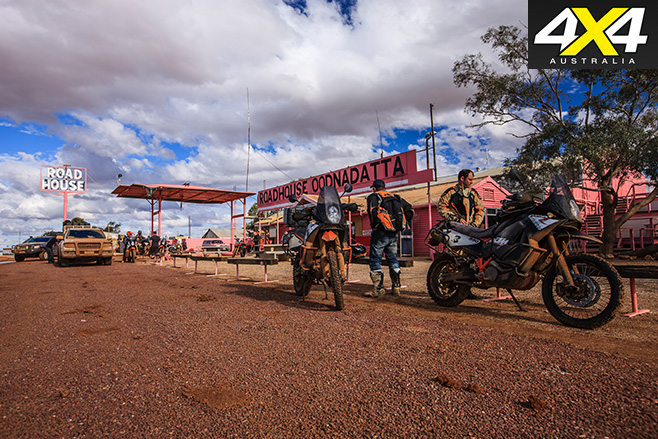 The Pink Roadhouse is a favourite with adventure bikers.

Adam set up a motorcycle repair business in 1978 and shortly after, Lynnie set up a shop called the Tuckerbox to sell snacks and supplies to a growing number of travellers passing through the area. It was decorated with a giant Rolling Stones-style mouth with a tongue.

The Tuckerbox also became somewhat of a soup kitchen for hungry kids waiting for their parents to leave the pub.

When the Ghan was relocated and the old tracks closed in 1980, it was thought Oodnadatta would die. But Adam and Lynnie knew the town was well-positioned to capitalise on the growing 4WD trade, positioned as it was between the Flinders Ranges and Alice Springs.
Adam and Lynnie poured their efforts into establishing tourism, and immortalised the town by naming the 600km road the Oodnadatta Track. 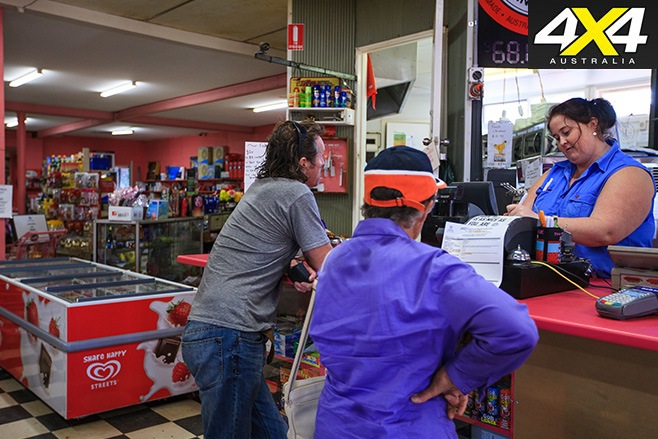 Logistics of restocking the shop all year ’round can be daunting.

In 1983, fuel was added to Plates’ service and the place was renamed the Oodnadatta Traders. It was Adam’s idea to paint it pink; as a former art student, he knew the power of juxtaposition and that the contrast between the outback and a candy pink roadhouse would be a talking point for travellers. Shortly after that, it became known as the Pink Roadhouse and, to this day, it’s still a talking point.

Adam poured a great deal of time and effort into the Pink Roadhouse’s iconic ‘mud maps’ tour; quirky, hand-painted signs and maps dotted along the Oodnadatta Track offering warm anecdotes and information to lonely outback travellers. The man may have passed, but his legacy is very much alive and well. 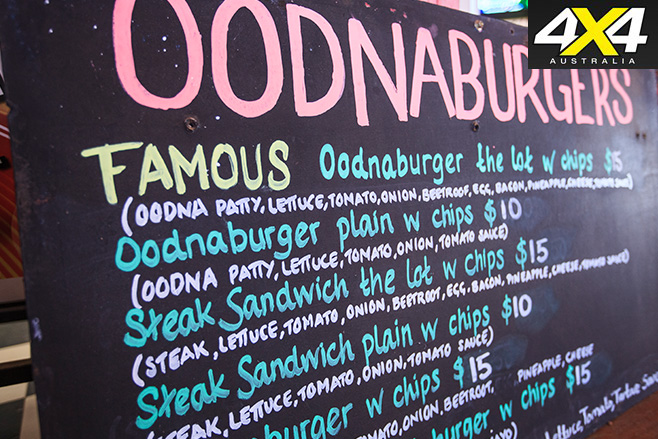 There’s a mechanical workshop for basic repairs, where there are more than 150 tyres in stock and a 24-hour 4WD recovery service that can be called upon on UHF channel 7 (repeater). As has always been the Pink Roadhouse’s philosophy, if you get into trouble out here, help is never too far away – a concept that’s very much carried on by new owners Neville and Adriana. 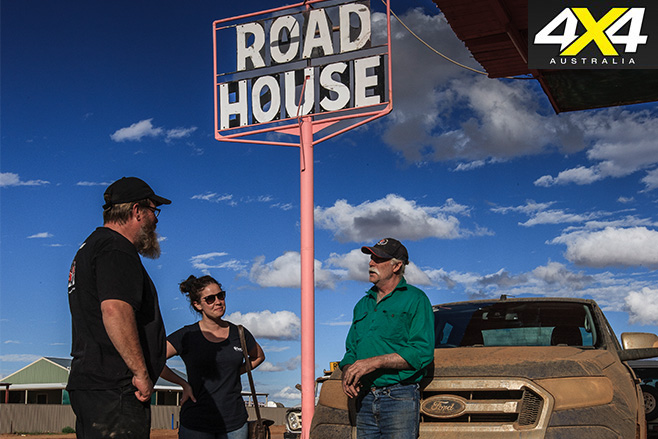 Speaking with Neville, it’s clear he is humbled to be running this beloved outback icon. He is warm and gregarious with a sparkle in his eye that suggests he is right at home catching the grubby travellers the desert spits out at him, serving them up a cold Coopers (the roadhouse is now licenced) or a hot coffee and listening to their tall tales and grand plans. 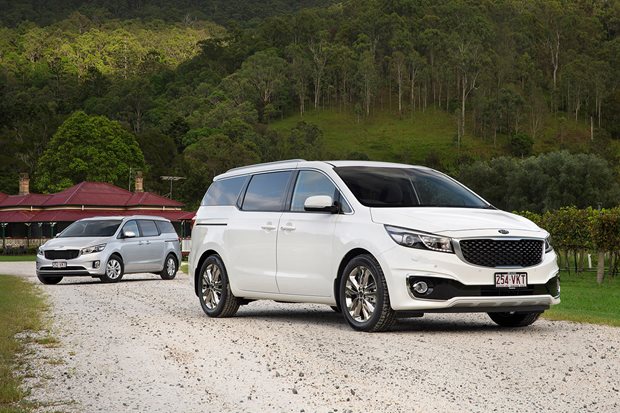 Car buyer's guide – is now the best time to buy a people mover? 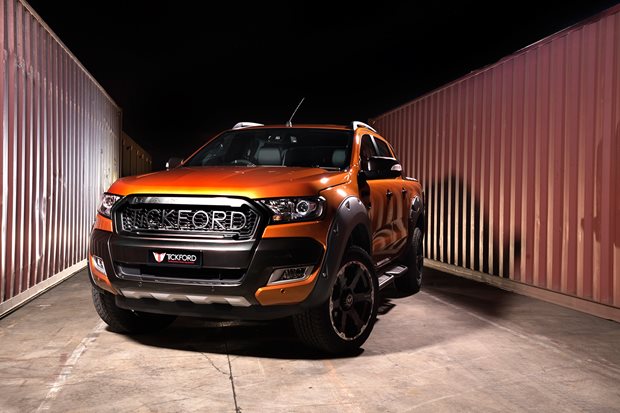 Fast utes: the rise of the performance 4x4 utility

Tickford is back to transform utes into hotrods – but are performance 4x4 utes set to become ‘a thing’? 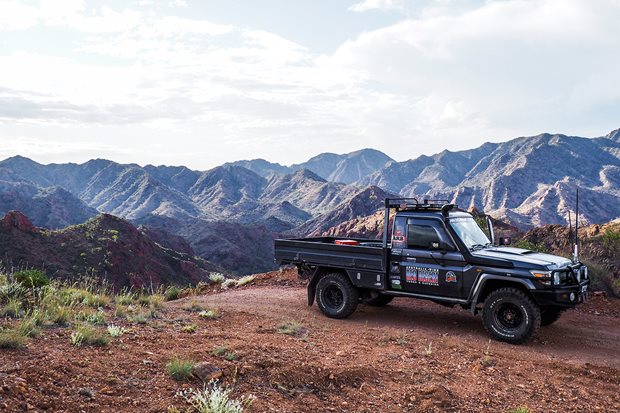 The chassis-busting Ridgetop Track will scare the bejesus out of many travellers, but the views make it all worthwhile. 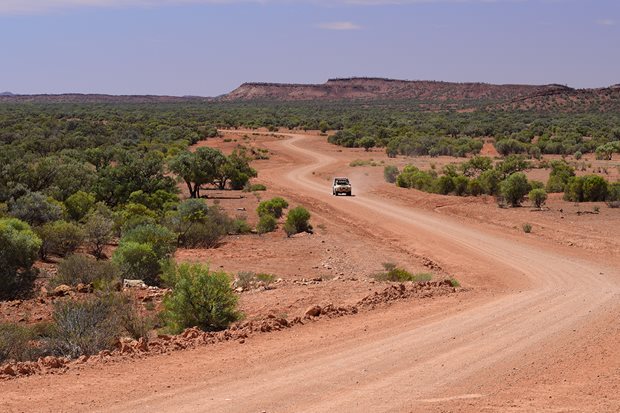 The Colson Track is a little-used route through the Simpson Desert. Ron Moon recently got a permit to travel it, but had trouble just getting to the start of the track.