I CAN’T hear you, Chris! What did you say?” I was screaming over the rasping exhaust note from the roadster’s open zoomies. 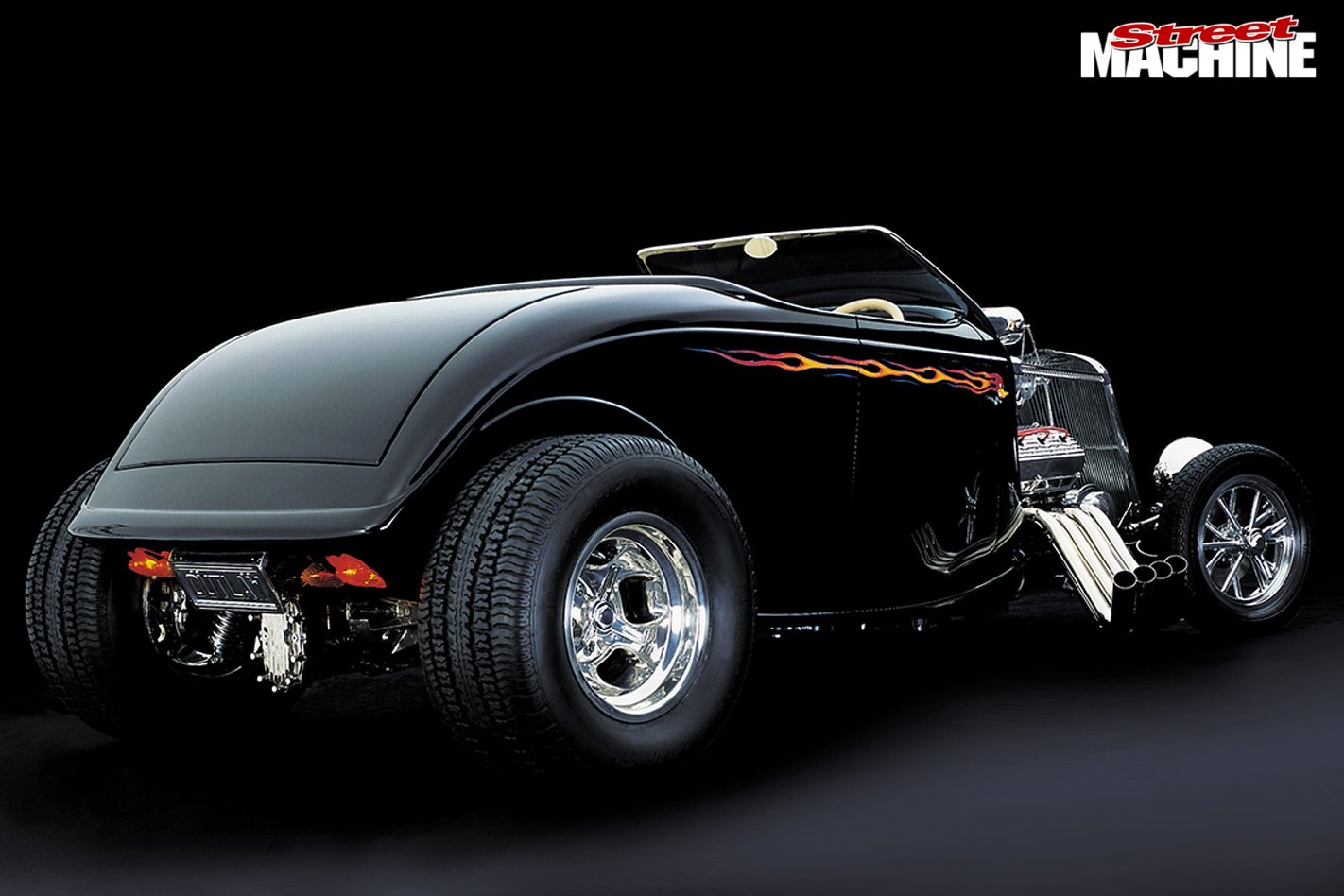 “I said the butterfly’s only open about three mill – I’ve got a throttle stop on it so I don’t kill myself!” Chris tickled the accelerator slightly, causing the back end to break traction for a moment. “You don’t have to give it much, do you?” I yelled in amazement.

The exhaust note from the blown Hemi was making conversation way too difficult in this short but sweet ride, so it’s not the most social of cars I’ve ever been in. But that’s the whole appeal of rods like this.

The passenger-seat run in Chris’s ’34 Roadster was a bizarre experience. The noise was comparable to Victor Bray’s Wild Bunch Chevy and, as we’re idling our way along the private road, I could picture the crank slowly rotating inside the blown Hemi, rumping the whole show forward on the downhill stroke after an explosive serve of environmentally friendly methanol, a wisp of fresh air and ignition. 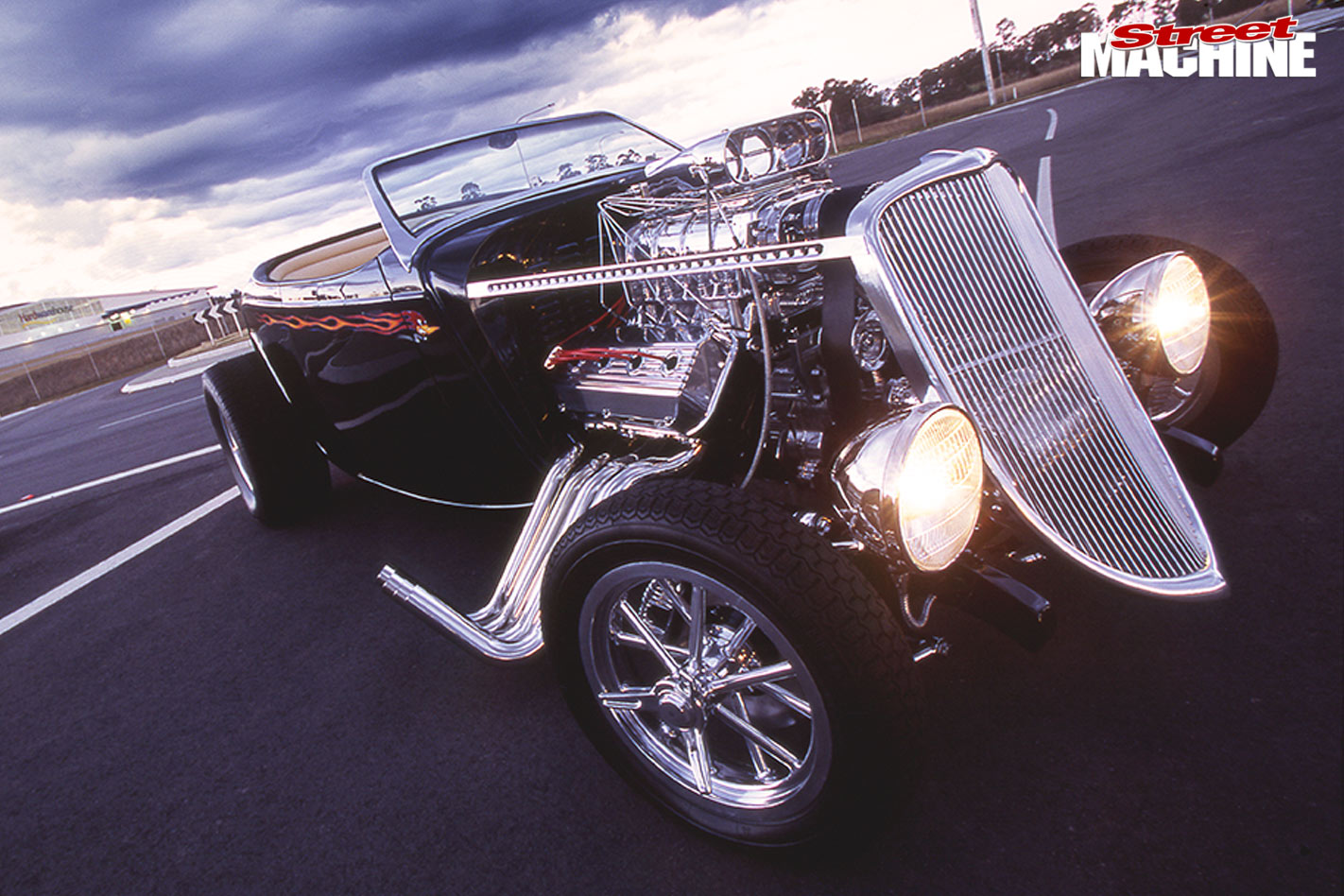 The outside world is all around you in the open top, but you’re oblivious to it as your attention is consumed by the seriously vibrating cabin, keeping an eye on Chris’s every move and listening intently to all the mechanical movement from the powerplant. The expression on Chris’s face was of rapt attention as he drove the 1000+ horsepower hot rod 300 metres up the road and back to the waiting flat-bed tow truck. As I said, it was brief; but the experience was enough to raise a smile.

Chris built this car because he’s what you’d call a die-hard petrol head. Over the years he’s spannered-together street machines, late-model four-cylinders, a nine-second drag car and an array of hot rods including a more streetable roadster and a three-window coupe. This two-inch-channelled ’34 Roadster represents a milestone in what we hope is a long career. 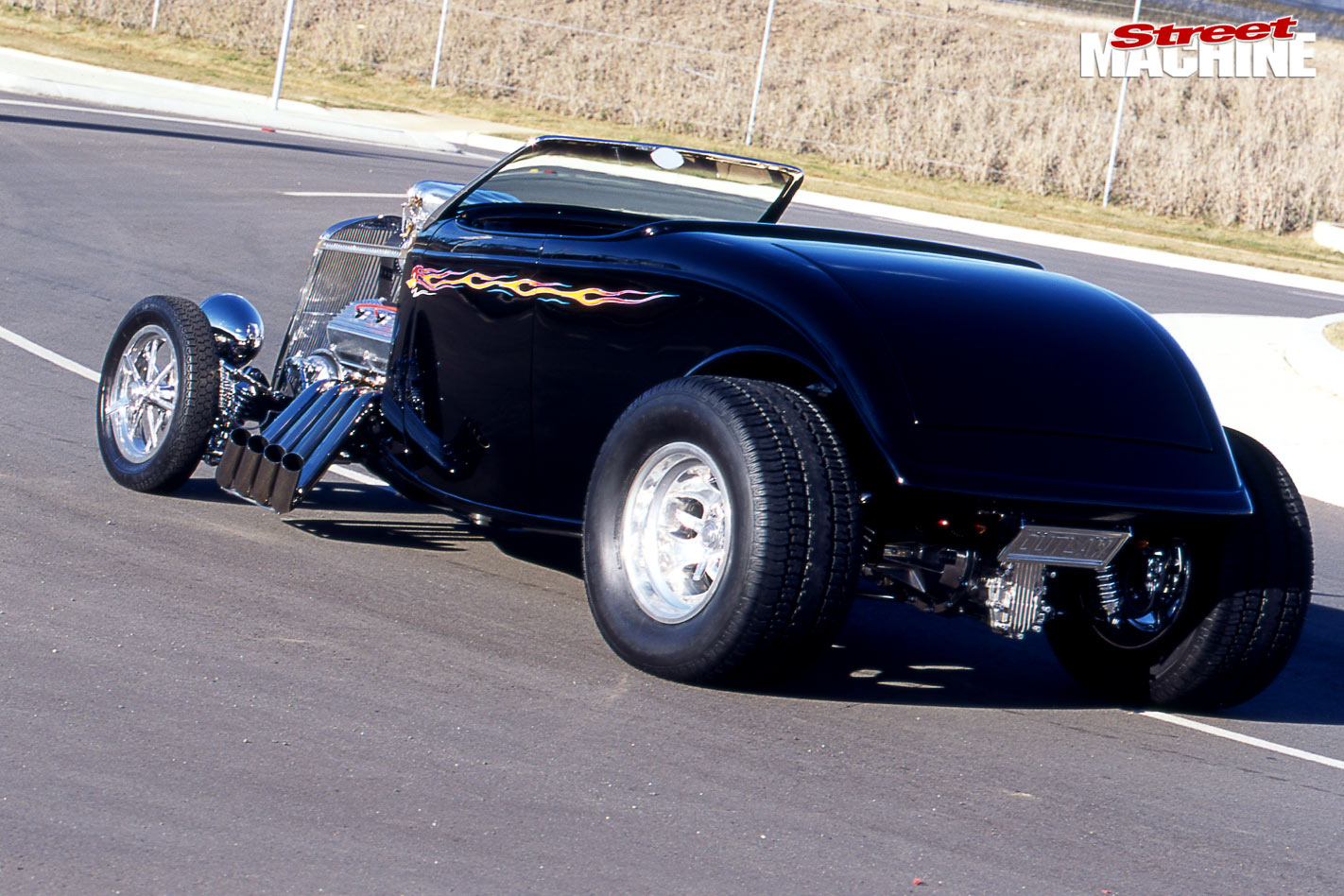 “I’ve always wanted to build a car like this,” Chris told us. “But I never really had a chance due to the cost and practicality.”

Ideas like this usually include mates and it was during a run to Melbourne with mate Mario Colalillo, himself a noted car nut who owns half a dozen hot rods, that Chris made the commitment to building this über-cool roadster. “We were at a show in Melbourne and were doing some factory tours; it just snowballed from there,” he said. 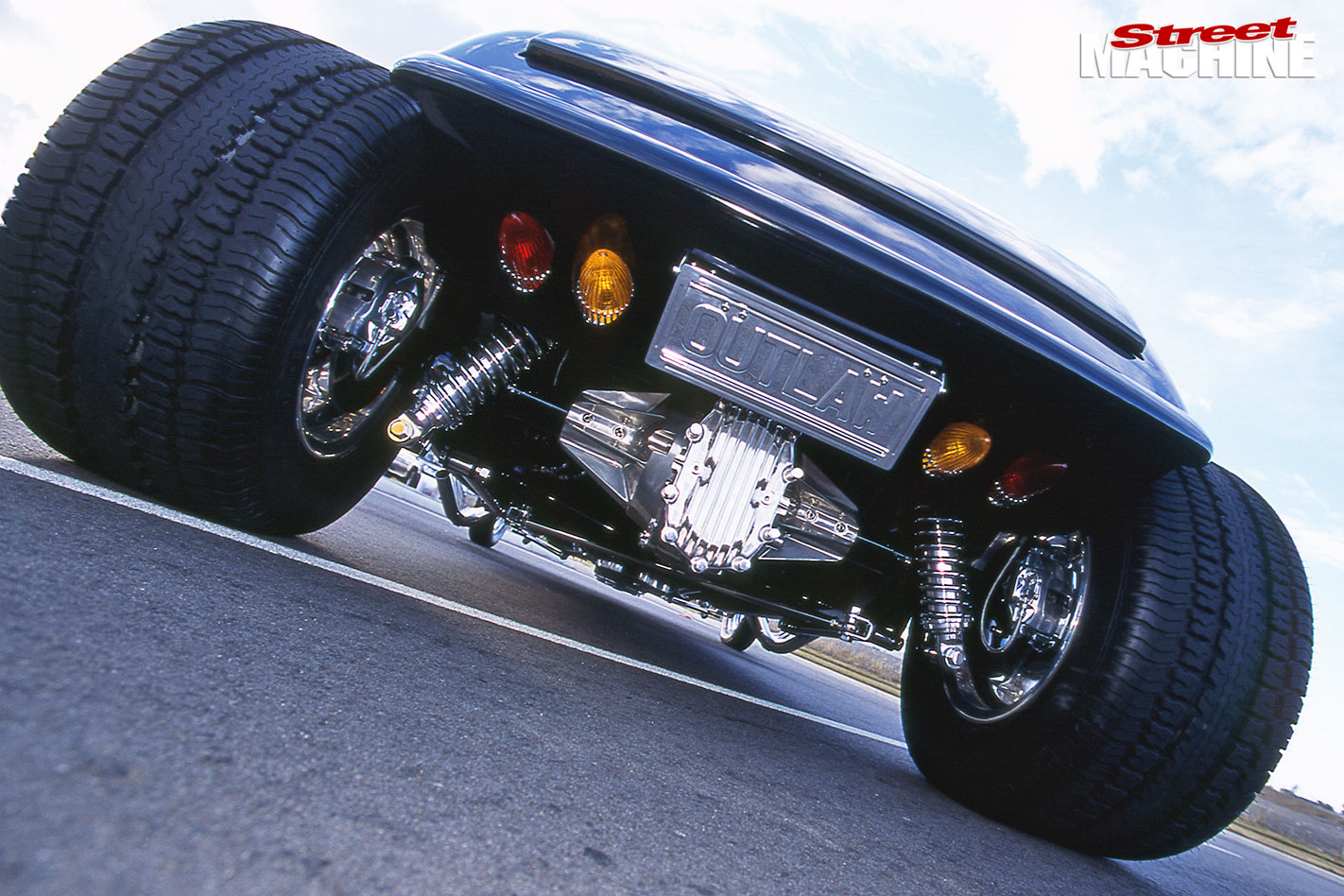 He agrees he went a bit wild on the motor but his excuse is understandable: “I was under the influence of my drag-racing buddies,” he said. “A mate built a Wild Bunch car but decided to sell it due to the lack of track time. One day he asked if I knew anyone who’d want to buy the motor.

“I had a stock 392 that had to be rebuilt and would have added at least another year to the whole project. When I went to have a look at my mate’s donk I was hesitant but then he cranked it over. Mario and I looked at one another and the rest is history. It didn’t look like it does now but it was complete and running. I couldn’t say no,” said Chris. 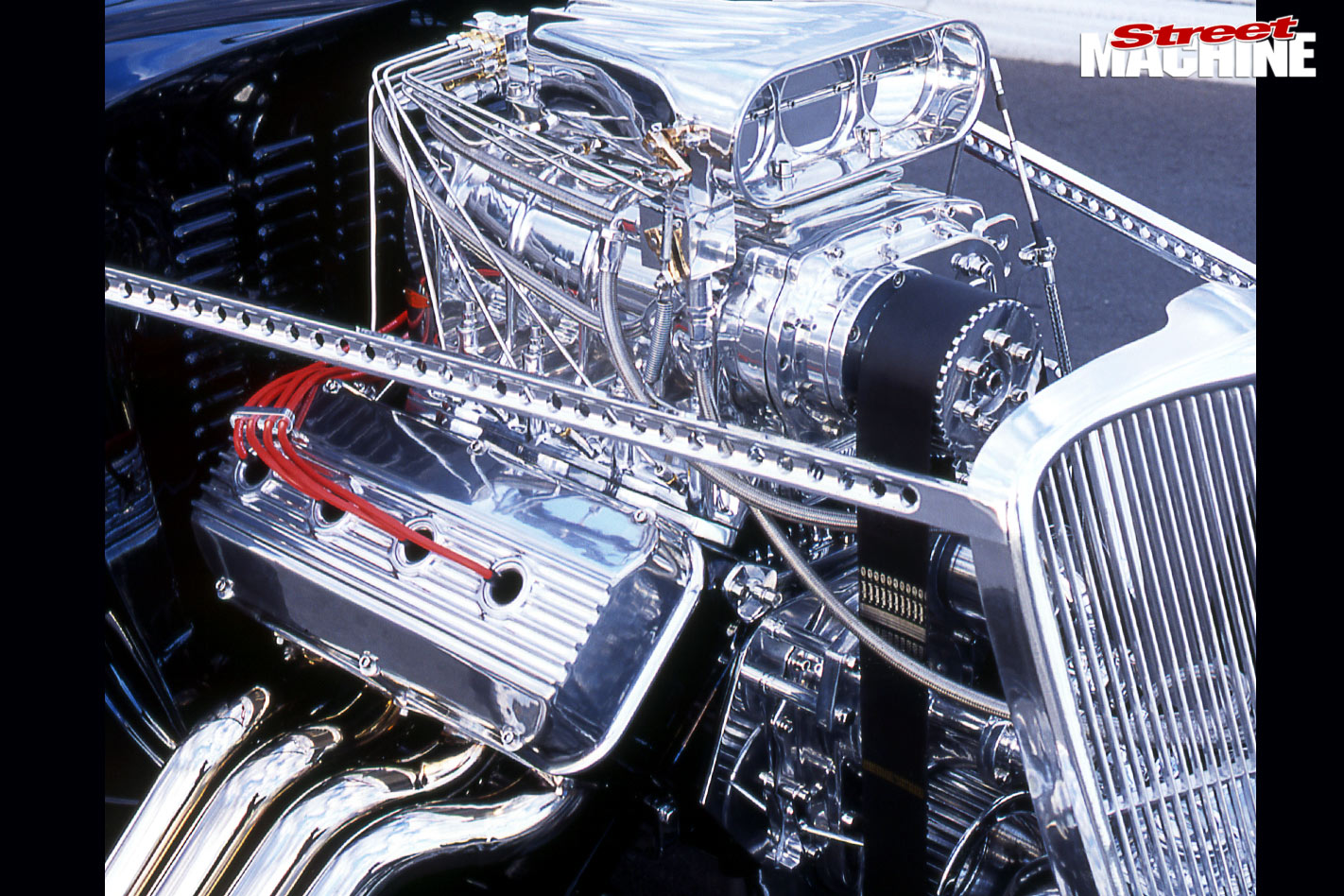 The base for this Outlaw Roadster is a Rod City Repro custom chassis with strengthened cross-members, twin tailshaft loops and full stainless independent front end. The rear end has four-bar suspension supporting the Craft diffs-prepared quick-change, which has a Detroit locker, 35-spline billet axles and Aldin coil-over shocks front and rear to straighten the bumps out.

“I’d love to put it down the quarter,” Chris told us. “But not with this motor – it’s too out of control.”

Stopping duties are performed by HSV Commodore calipers on full-floating Romac discs at the rear with Commodore discs and calipers up front. 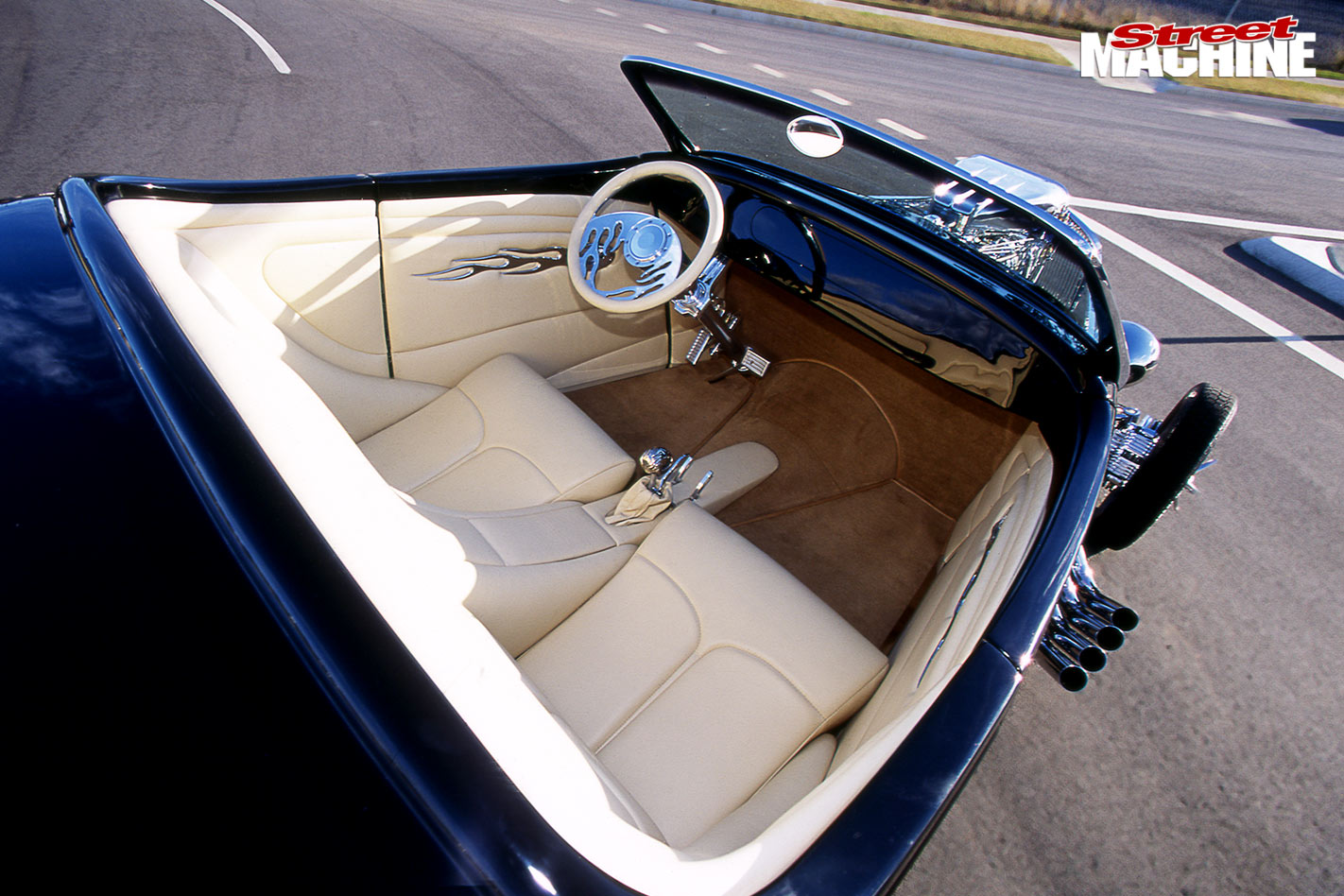 Before the Hemi was fitted it was torn down and inspected. New bearings were fitted and the clearances adjusted. The internal inspection revealed some mighty fine hardware such as Mickey Thompson aluminium rods, Venola blower pistons, a Howard roller cam, followers and lifters, and 354ci heads on a 392ci block. Of course, there’s the 8/71 supercharger and vintage Enderle injection system and bug catcher. Both the manual shift Turbo 400 box and Hemi motor were built by John Kuiper Race Engines and are mated using a Castlemaine Rod Shop adapter.

“The car was built to do laps around Natex without problems,” Chris said. He’s made sure she won’t run out of fuel while cruisin’ either, with a custom tank hidden behind the seat holding about 180 litres of methanol and working in unison with the 2.9-gallon (13.2-litre) front Moon tank. 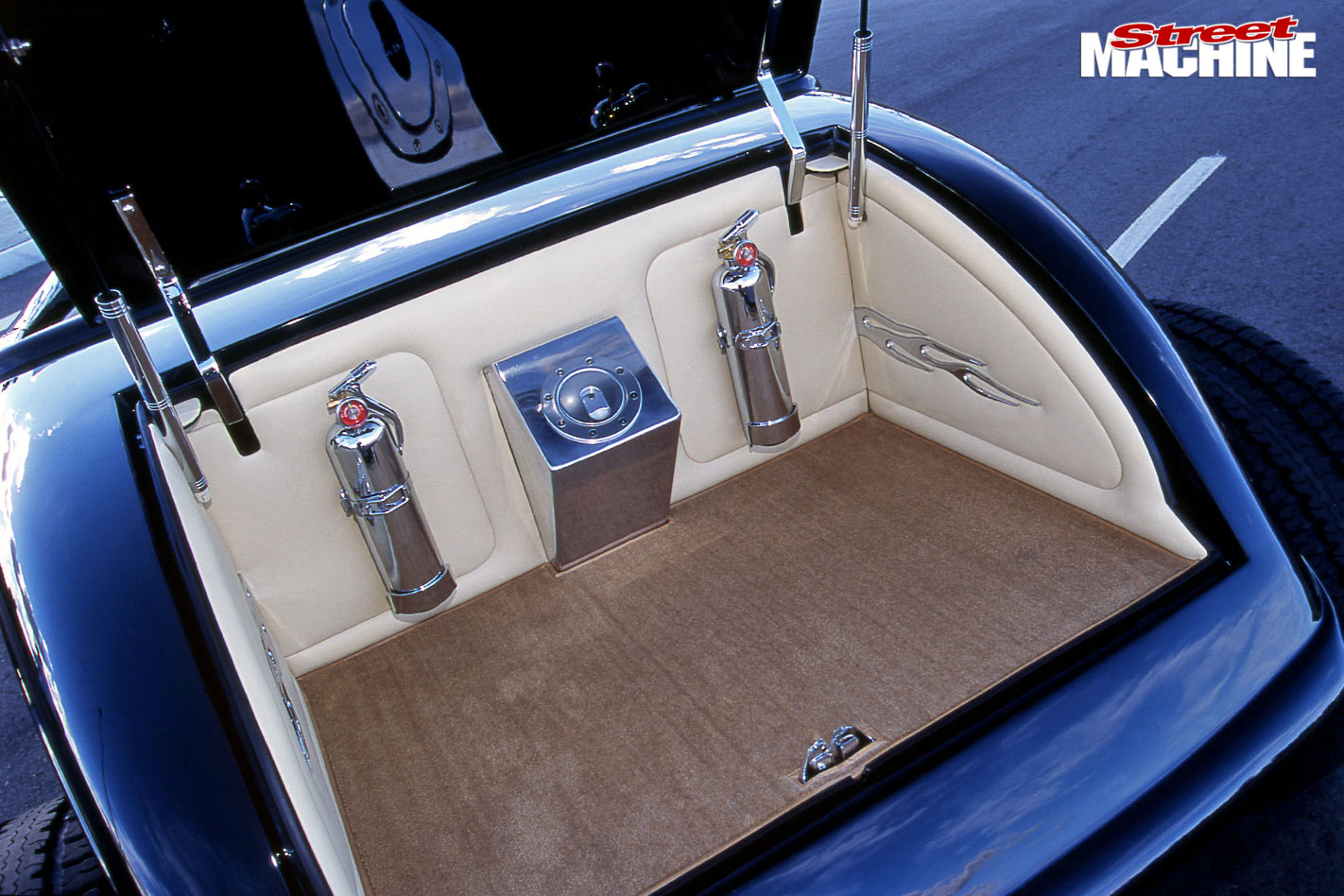 Aside from channelling the Deuce Customs fibreglass body by two inches, a few other custom touches included moulding a beaver panel with a set of sunken Caddie tail-lights, wrapping the dash into the doors and dropping as set of Dakota digital gauges behind the dash.

“To look at it seems as though there aren’t any gauges but when they light up they’re all there,” Chris says. The windscreen is from a Honda Civic. “Darryl from Windscreens on the Move cut the whole thing down to what I thought was right, then we made the frame at home.” 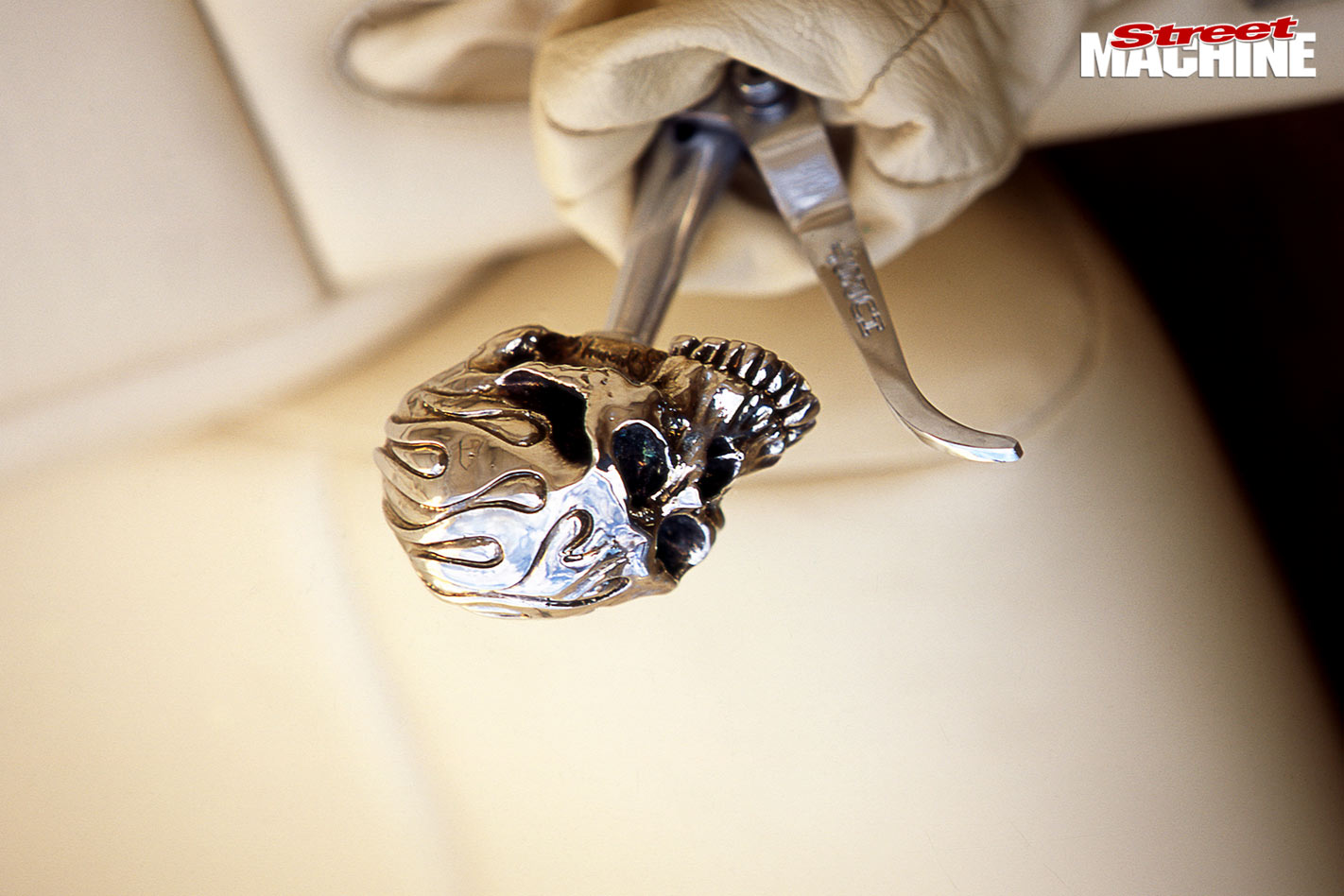 Bonnyrigg Smash Repairs painted the body Midnight Black while Chris added his bit by airbrushing the racing duck and flames. The interior came about from a mix of American influences. Fibreglass and wood were used to shape the centre console and make the seats. Rod Lingard, from Hot Rod Trim, spent three weeks custom-building the interior and covering it in leather. He also laid the carpet and fitted out the boot.

The whole project was finished in less than 18 months with a lot of help from friends and family including Darkie at Hi-Lustre Metal Polishing, John at Meguiar’s, Jeff, Gerry and all the bros. And the car’s won plenty of admirers: “It’s a car everyone can appreciate,” said Chris. 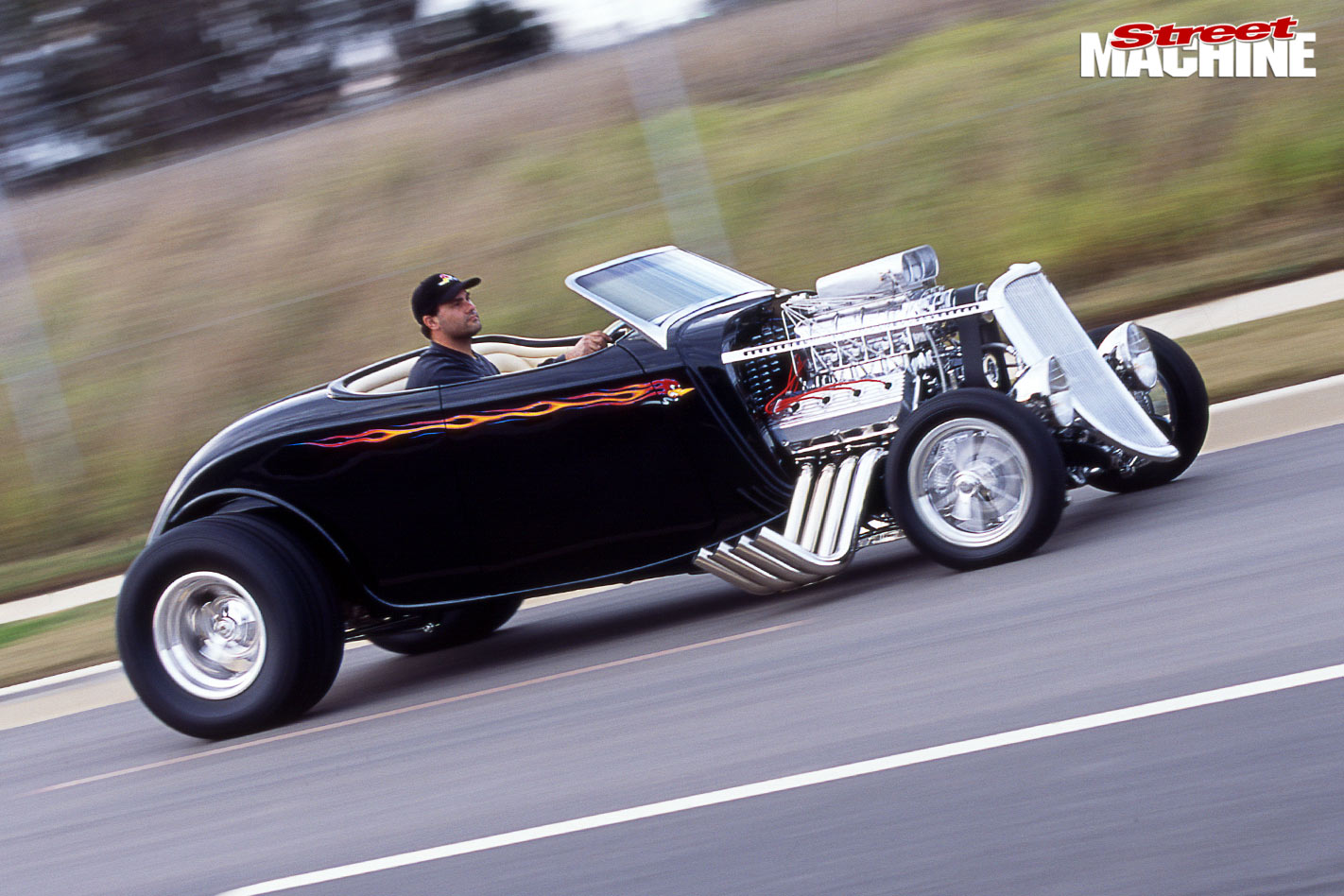 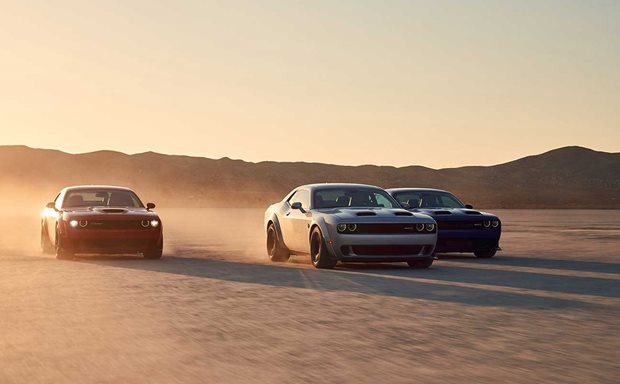 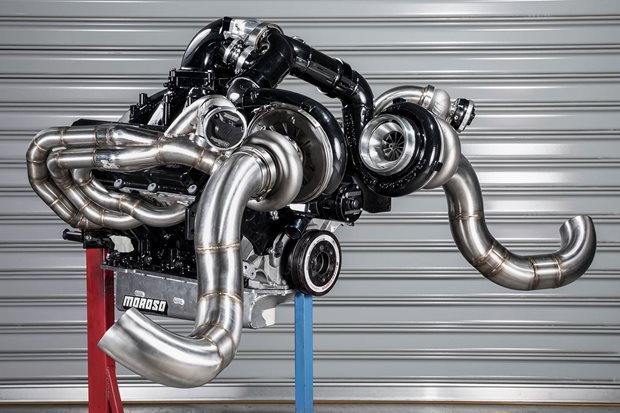