WAYNE and Diane McLaughlin are no strangers to cool F-Series trucks. Their 1956 F100 (SM, Feb ’11) took out Top Street Machine in the Meguiar’s Superstars finals at MotorEx in 2011, and lots more besides. So when the ex-pat Kiwis went looking for a parts-chaser for the family race team, they didn’t venture too far from the tree.

“I was in the middle of setting up a V8 SuperTourer team for our son Scott to race back home in New Zealand, and decided to base it out of Hamilton as we still had many contacts in that town,” Wayne says. It turned out to be a good move on a couple of fronts: Scott went on to win the championship, leading to a V8 Supercars drive in Australia, and Wayne found a new project. 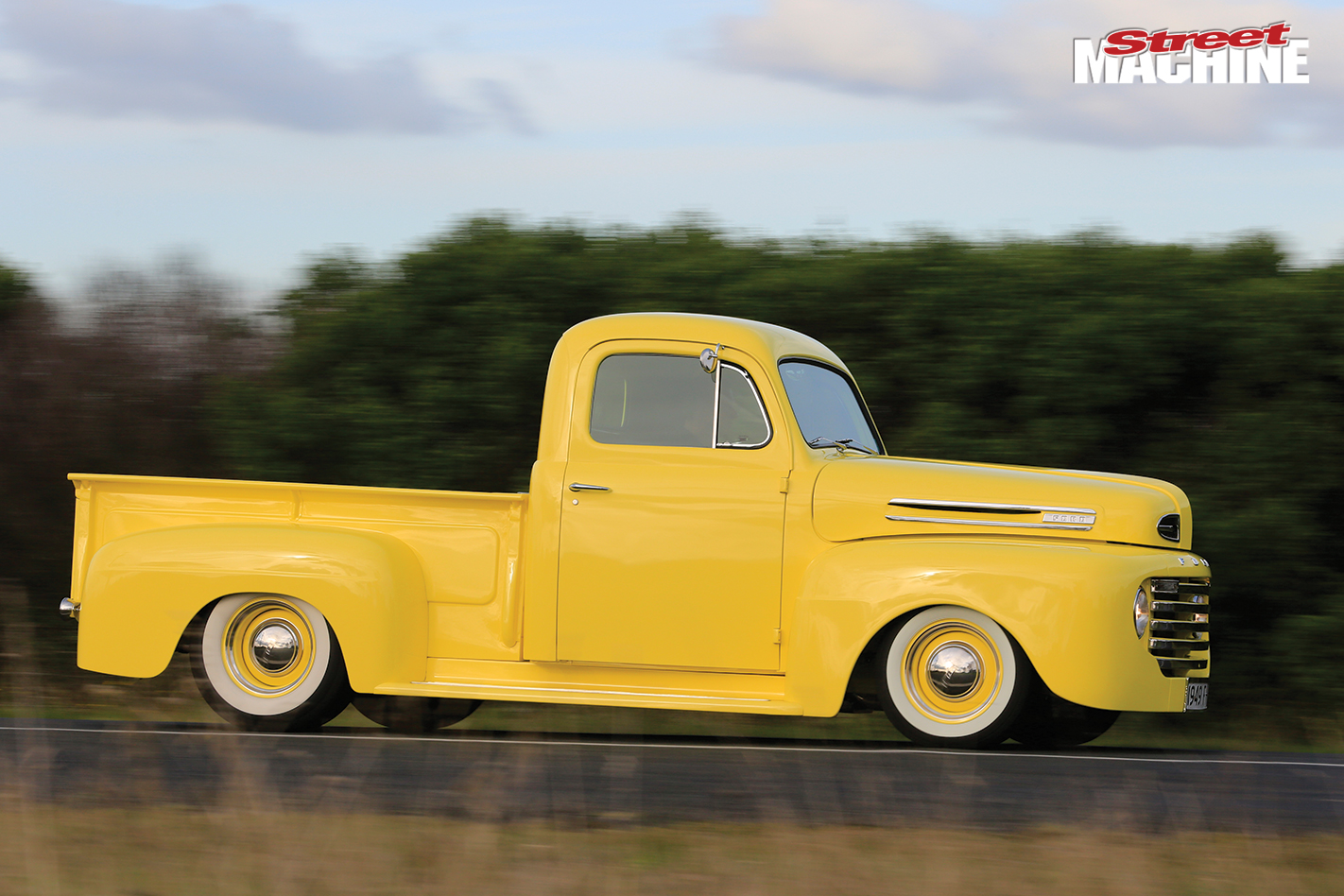 “I walked in to Rocket Speed Equipment one day just to check it out and saw this Bonus sitting there with no motor. It was originally from a cabbage farm in Minnesota, and had been purchased by Rocket as their shop truck. The shop’s owners (Dan Tyler and Gary Kendall) were out at the time, but I eventually got hold of them by phone and did a deal to buy it.” 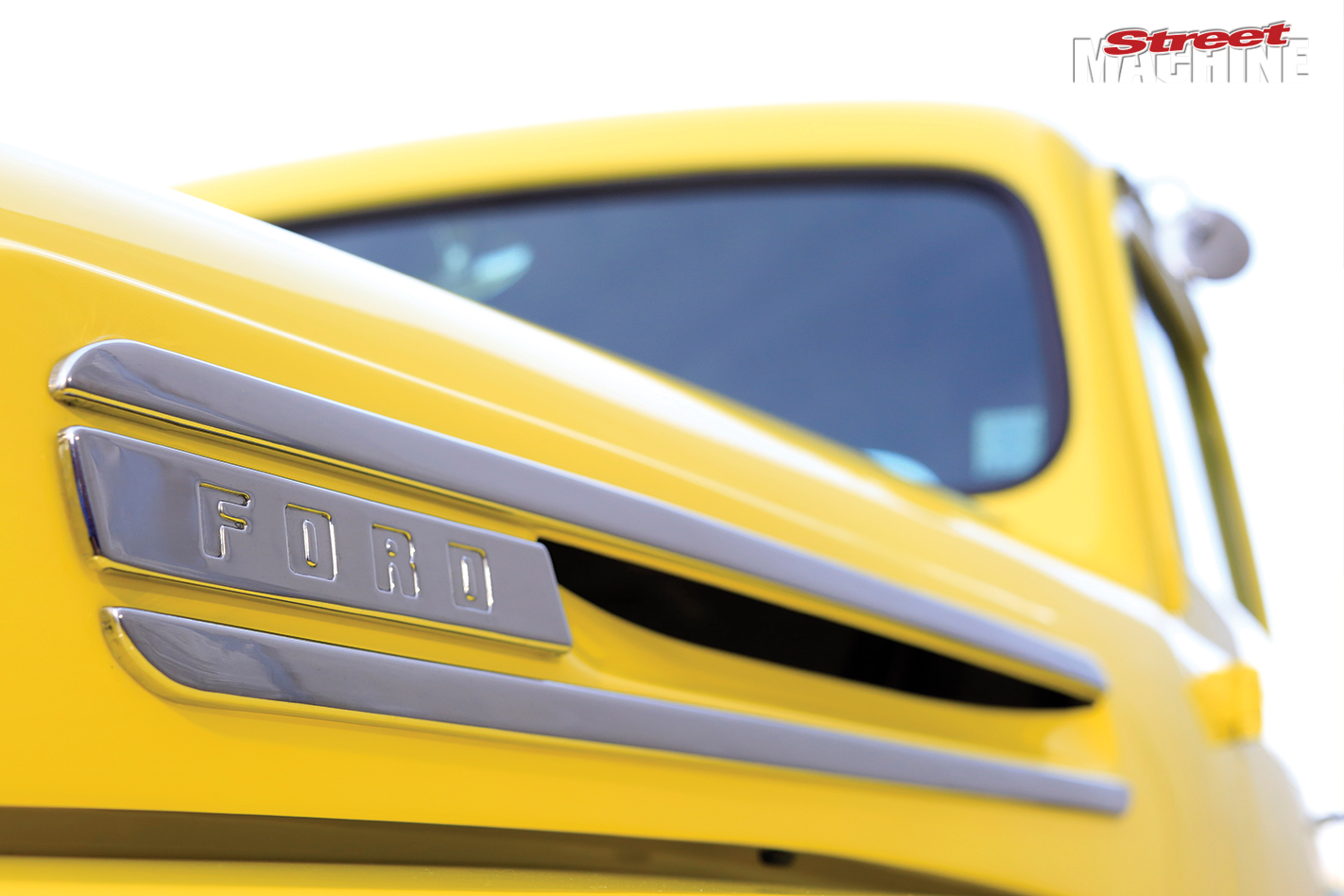 The feature car is a ’48, despite what the number plate says. 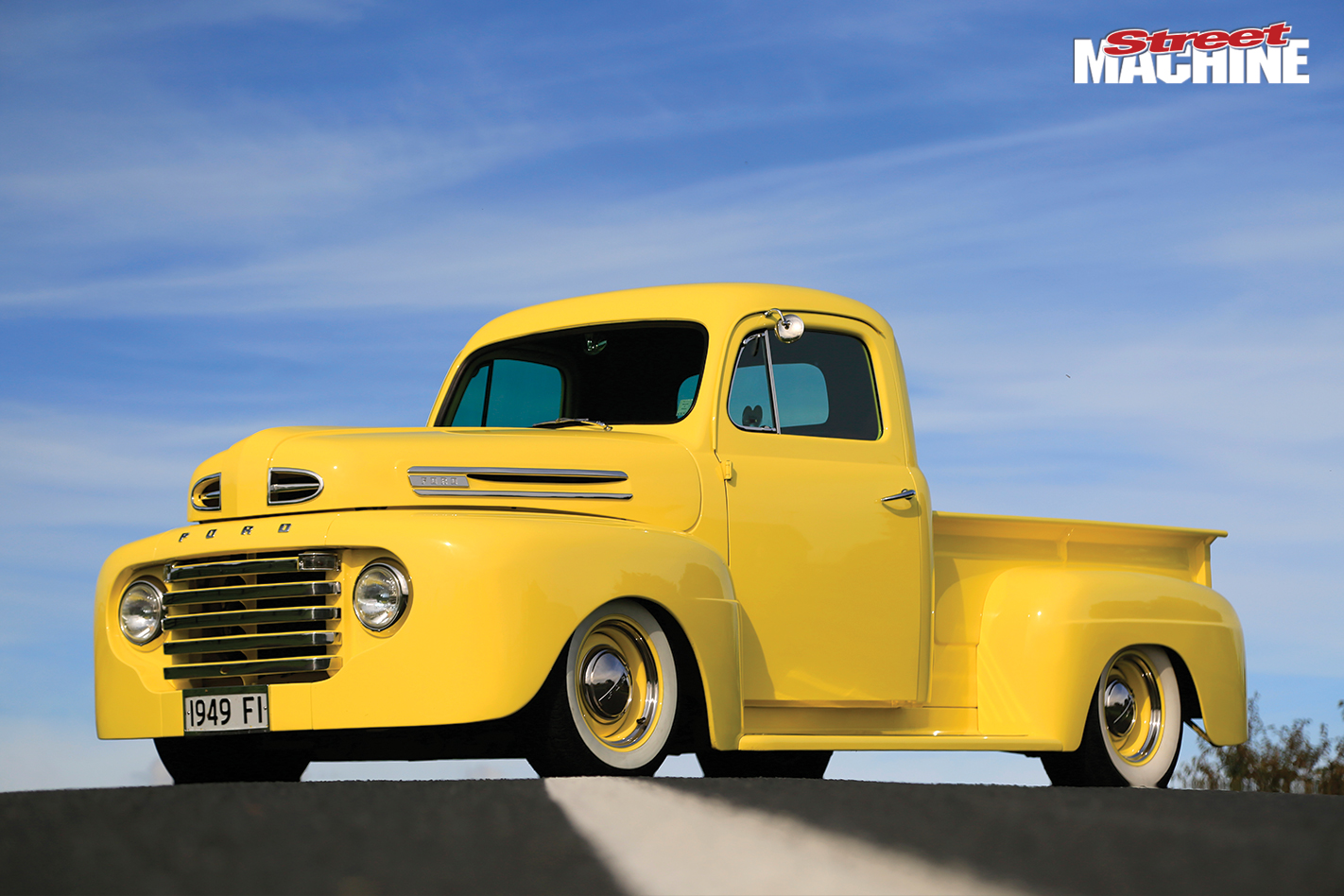 The F-Series range of Ford trucks that debuted after WWII all sported the banner ‘Bonus-Built’ in their advertising. The bonus? They were ‘built stronger to last longer’

“It was dead stock-standard, apart from no motor or gearbox,” Wayne says. “I was just thinking of a quick tidy-up, putting a late-model motor in it and using it as a parts-runner, but it ended up too good for that. John Reid (Rods By Reid in Tauranga) is a good mate; he suggested we do it there in New Zealand and recommended the boys from Rocket.

“The entire build was coordinated by Dan and Gary. My main contact with them was by email and a few phone calls. I was back in Hamilton for the team about every six weeks and I’d call in with a box of Waikato beer for a visit and a few laughs. What you see is the end product of that. 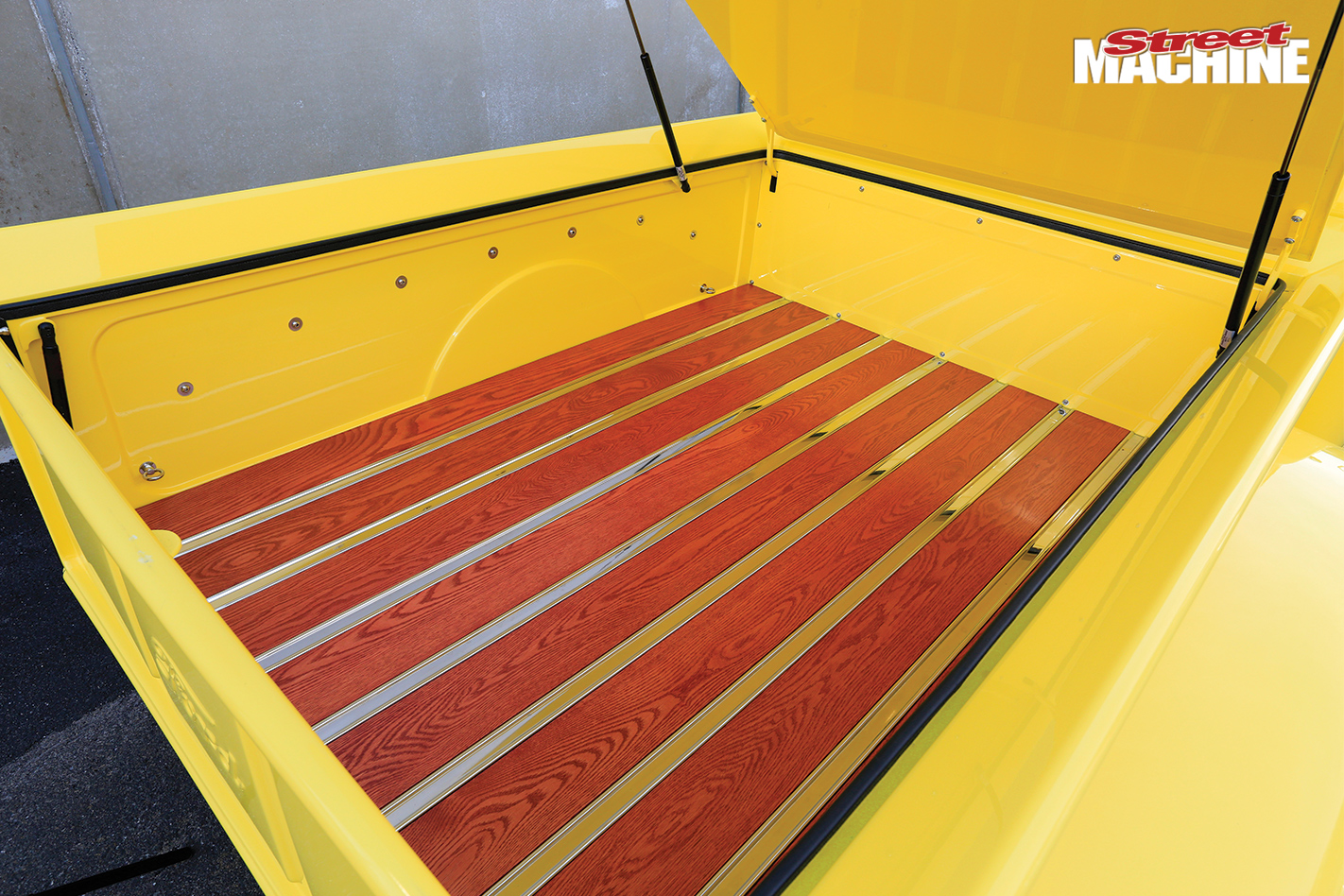 A roll pan and frenched number plate tidy up the back end; the hard tonneau keeps those boxes of Waikato Draught safe and sound

“Steve Brow, who runs our engineering shop here on the Gold Coast, also helped source many parts. They all worked closely together, advising and helping with design ideas and finding everything we needed.”

Dan and Gary sourced the crate engine, the transmission and the wooden deck from the US. They liaised with Paul Duff from Body Mods in Hamilton, who did all the panelwork and custom fabrication. Dan sorted the chassis with a Heidts independent front suspension system and nine-inch, and also did a lot of the interior fabrication. 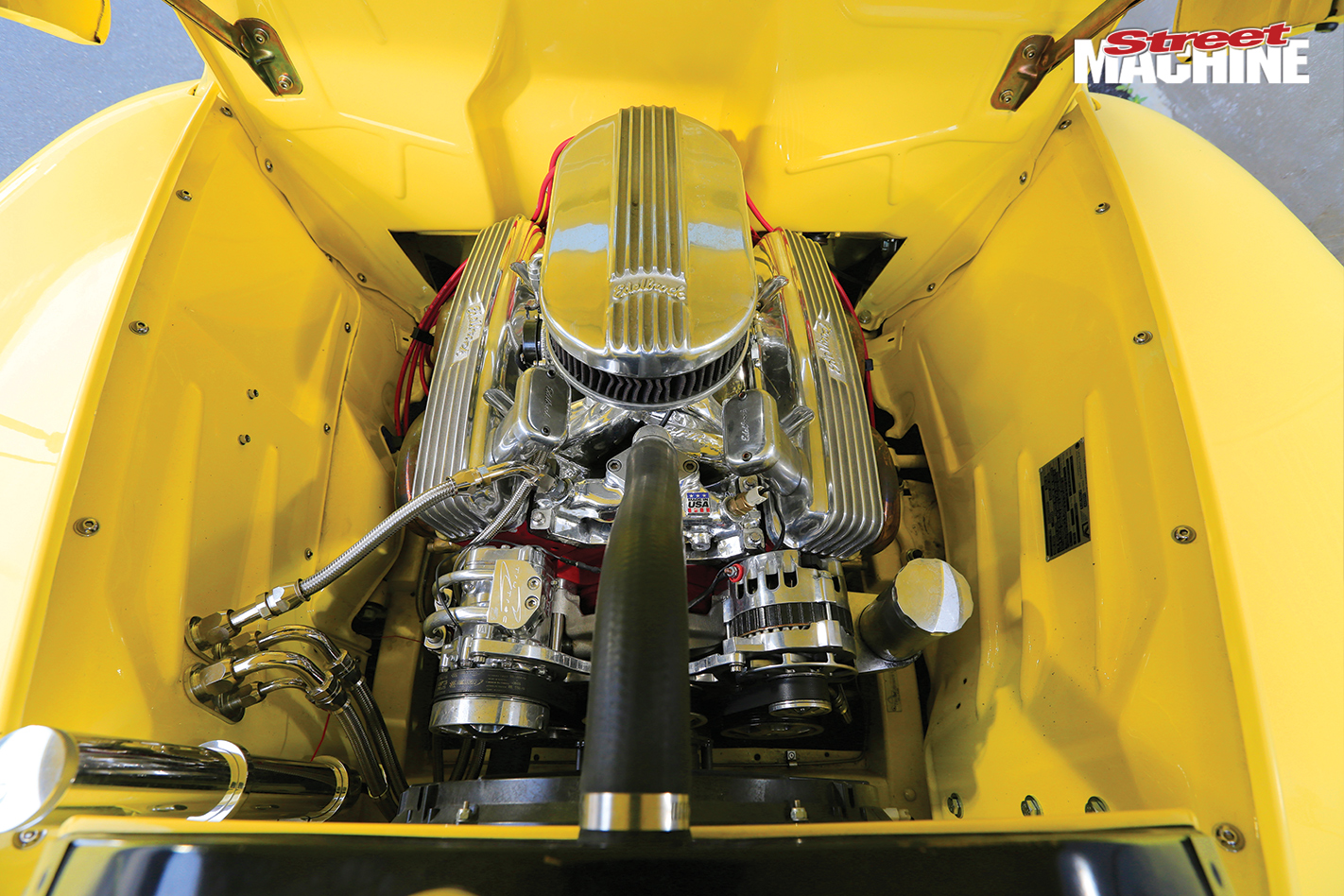 “The body was in very good condition; all we had to do was customise it,” Wayne says. “Paddy McCulloch at Body Mods did the paint job. It used to be black. All we did was choose the colour, which was custom-mixed by another friend of ours, Owen Webb at House Of Kolor in Sydney.”

The list of body mods includes a custom fuel tank with twin fillers, hard tonneau and modified lower tailgate and roll pan. The front bumper is gone, the fender welts (the rubber strips that separate the panels and stop them rubbing against each other) have been eliminated and the panels gapped. 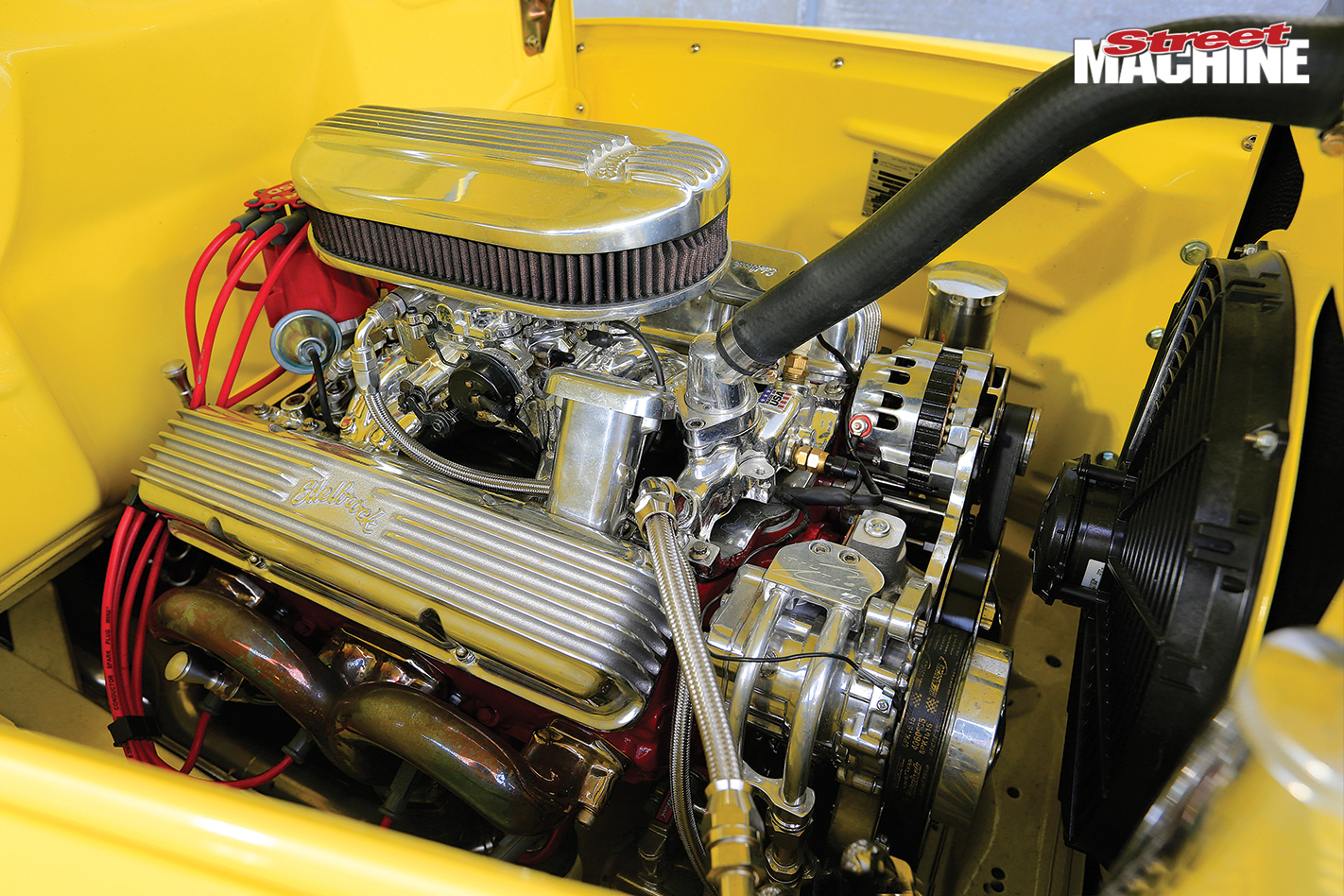 Wayne and Diane designed the interior, which is modelled on a Kenworth truck. It’s trimmed in burgundy leather with diamond-tufted stitching, which also features on the hood lining, firewall and door cards. Other highlights include the Dakota Digital dash, Billet Specialties tiller and too-cool-for-school Flaming River column shifter. 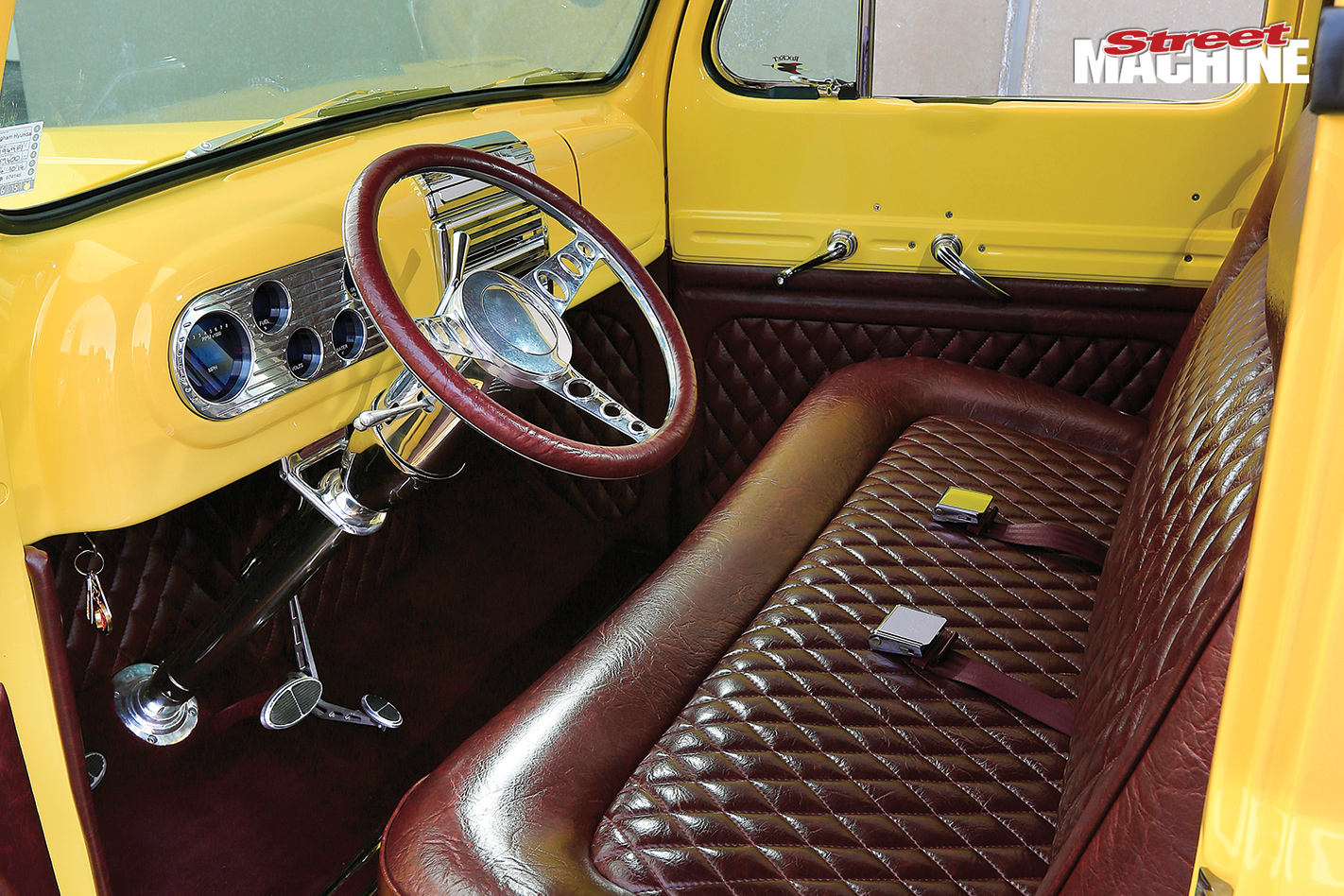 The truck was designed to be driven, so the cab is air-conditioned and the ride and handling totally transformed. The Heidts independent suspension up front features coil-over shocks and BMW rack-and-pinion power steering, while a parallel four-link with Panhard bar and Alden coil-overs keep the nine-inch under control. Disc brakes are fitted all ’round. “It drives as good as Diane’s Audi,” Wayne reckons. Sadly, what is a pretty trick undercarriage is hidden behind those 15-inch Vintiques 20-Series solid rims and BFG Silvertown whitewalls – not that we could imagine this truck wearing anything else. 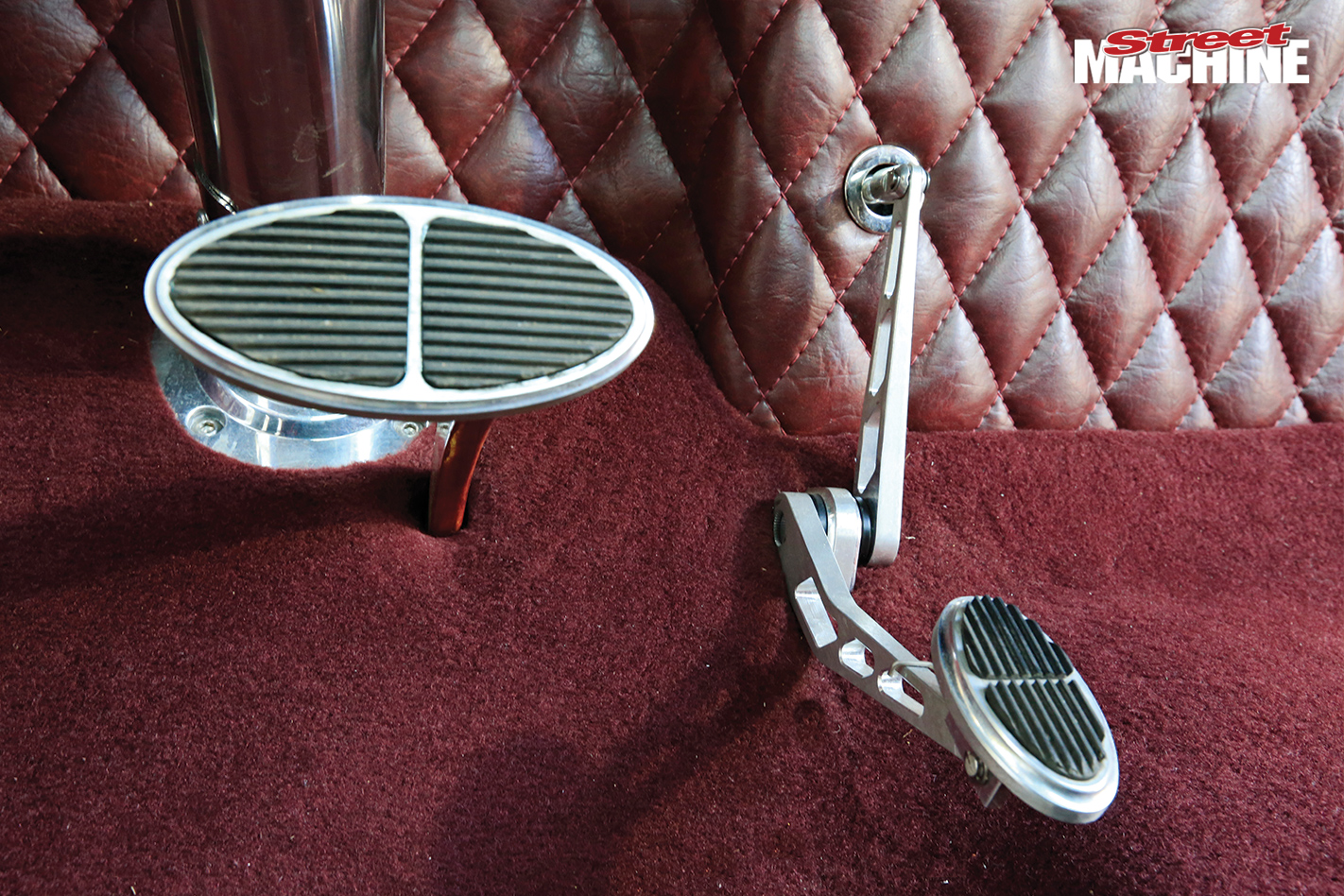 Similarly, the engine was built with regular use and Kiwi fuel prices in mind. The 350 Chevy crate motor makes 365hp, courtesy of an Edelbrock 650 Thunder Series four-barrel on an Edelbrock Air Gap manifold and early Corvette-style ram-horn headers from Speedway. Trans is a GM 700R four-speed slushbox with B&M torque converter.

“The truck was finished on the Wednesday morning of Beach Hop in 2012,” Wayne says. “Diane and I flew in on Tuesday night, Dan picked us up in the morning and we did a few test miles around Hamilton before we all headed to Whangamata. This was our first Beach Hop and we had a ball; it capped the entire project. 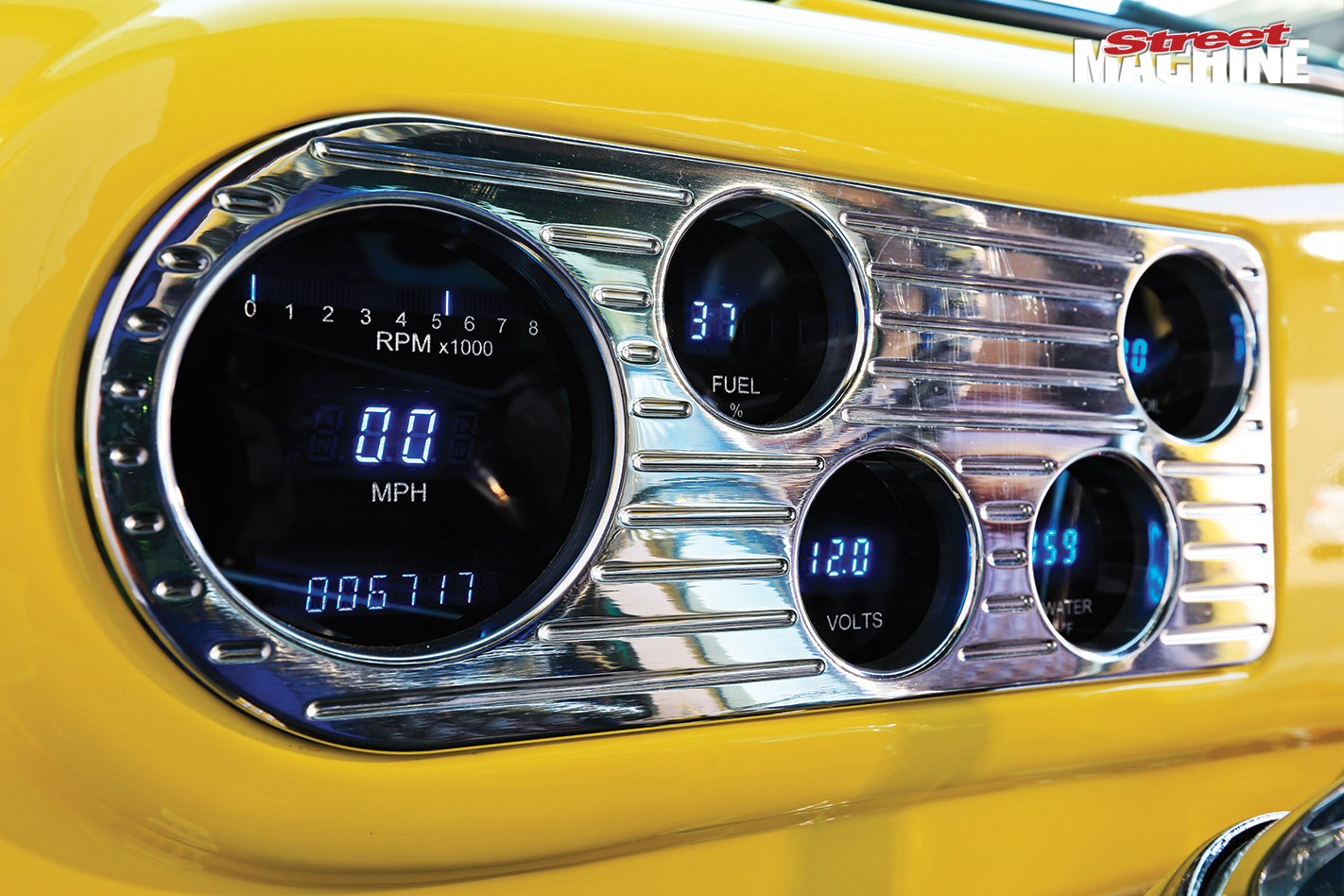 “The truck hasn’t missed a beat since. We’ve been to the South Island for the Muscle Car Madness show and done a few other trips as well. I’m bringing it back to Australia in September.

“The build went perfectly and to plan, so full credit to the whole team. It proves that deals can still be done on a handshake and from another country by email and telephone. We are really proud of the way it turned out and the reliability has made it a fun truck to get in and drive.” 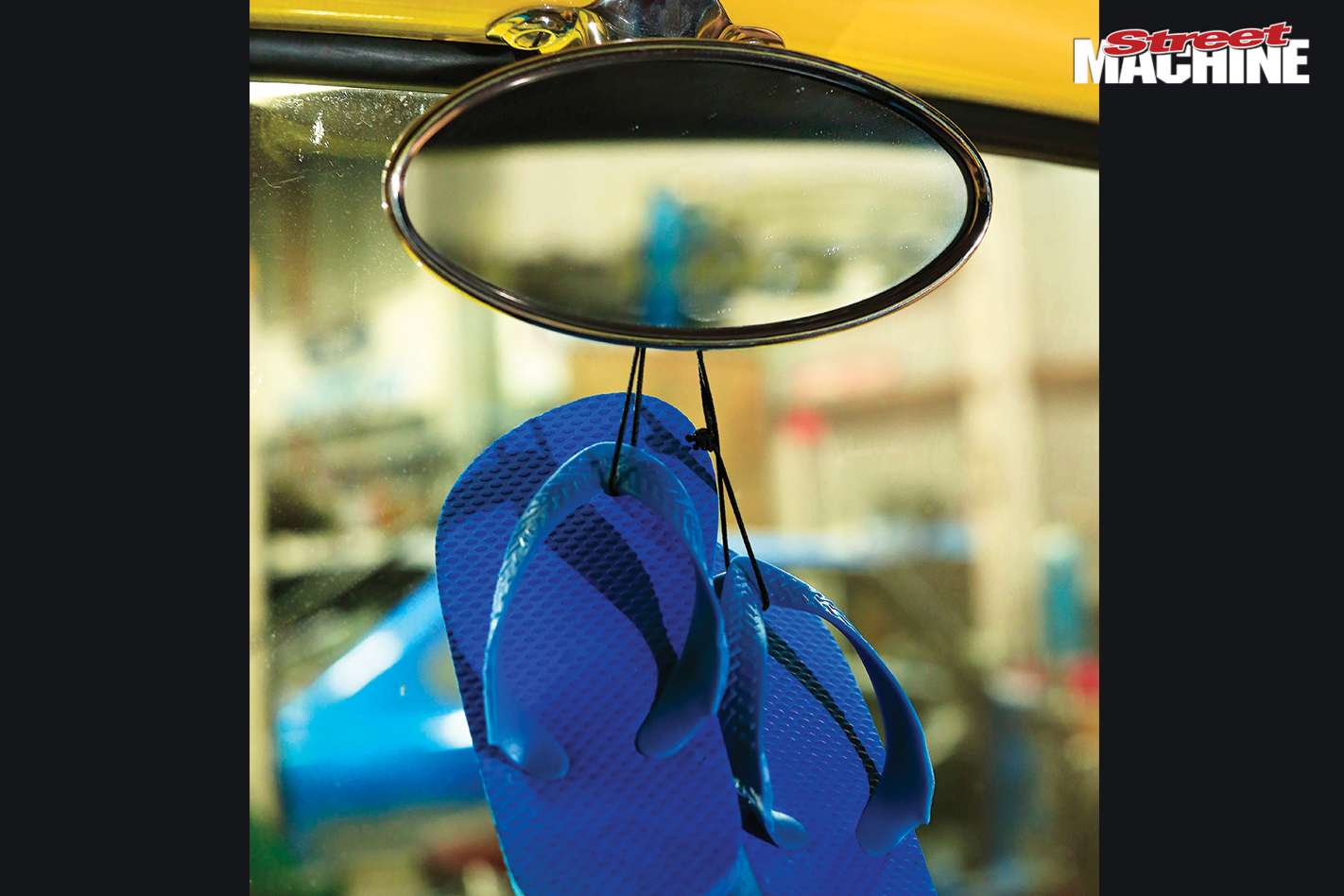 At its only competitive outing, the Bonus was judged Top Commercial Pick-up at the 2012 NZ National Hot Rod Show in Auckland, but this truck was built to go, not show. As Wayne says: “We smile every time we take it out.” 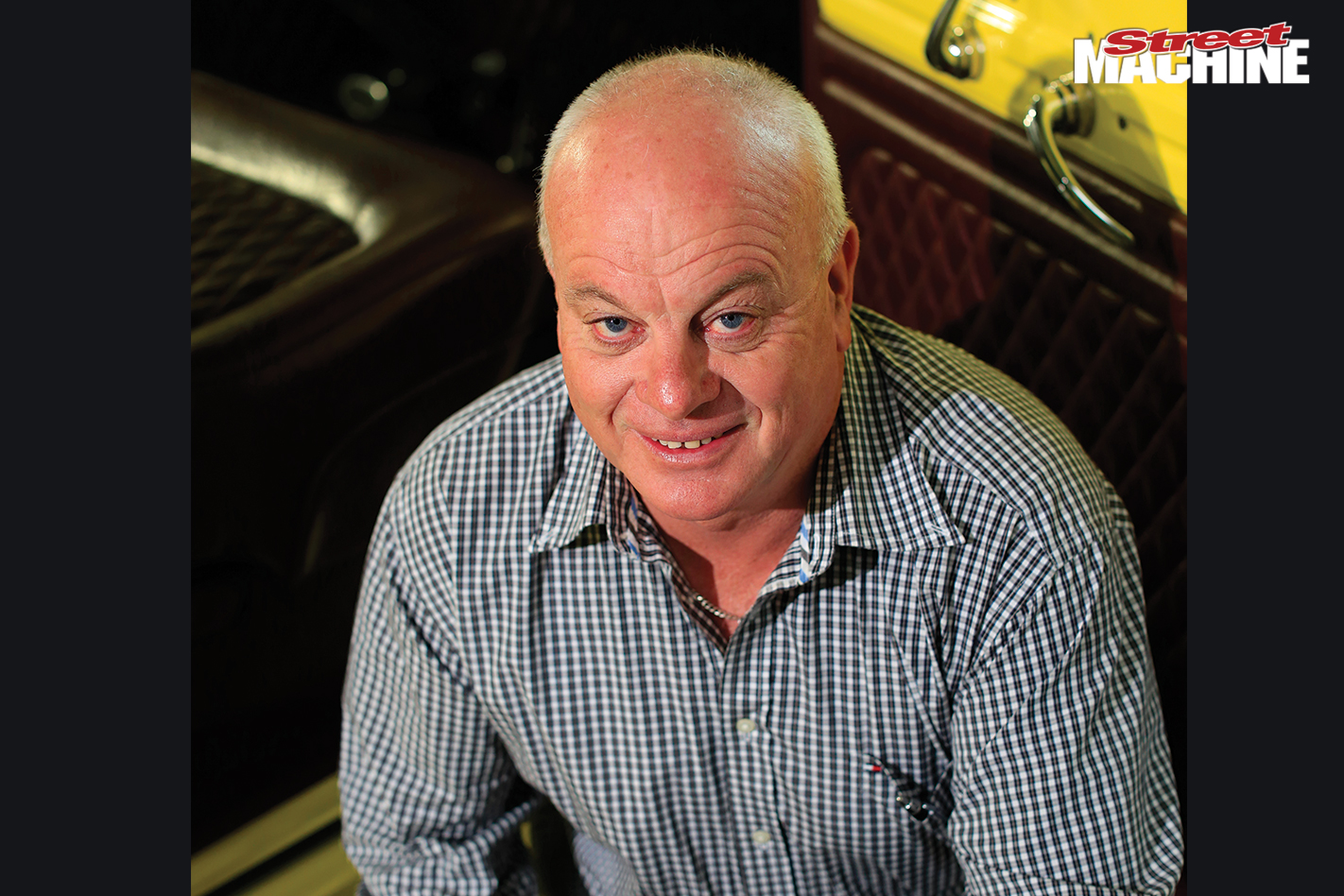 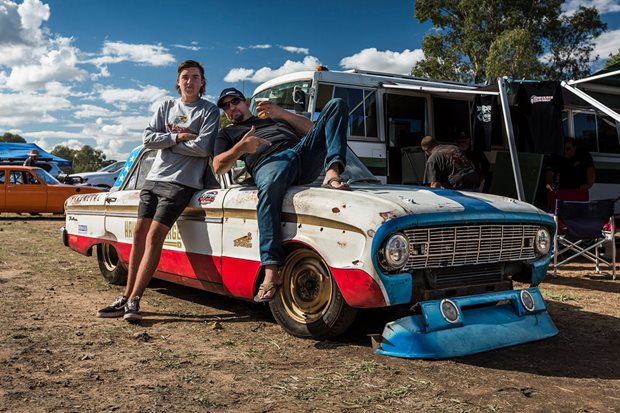