Sandra Horne has a few cars to her name, but her love of '57 Chevs is long-standing

Vibrant and bubbly Sandra Horne is undoubtedly a resolute gearhead. While she’s got a few cars to her name, her love of ’57 Chevs is long-standing

It began as a kid thanks to her brother’s Matchbox collection; later, the cult classic Running On Empty cemented the deal. Now she finally holds the keys to her own ’57 – this sweet red long-roof.

Thanks, it’s a ’57 with factory RHD, 350, TH400 and stock diff. So many people have offered to buy it – it’s blown me away. Everyone loves it because it’s something different. 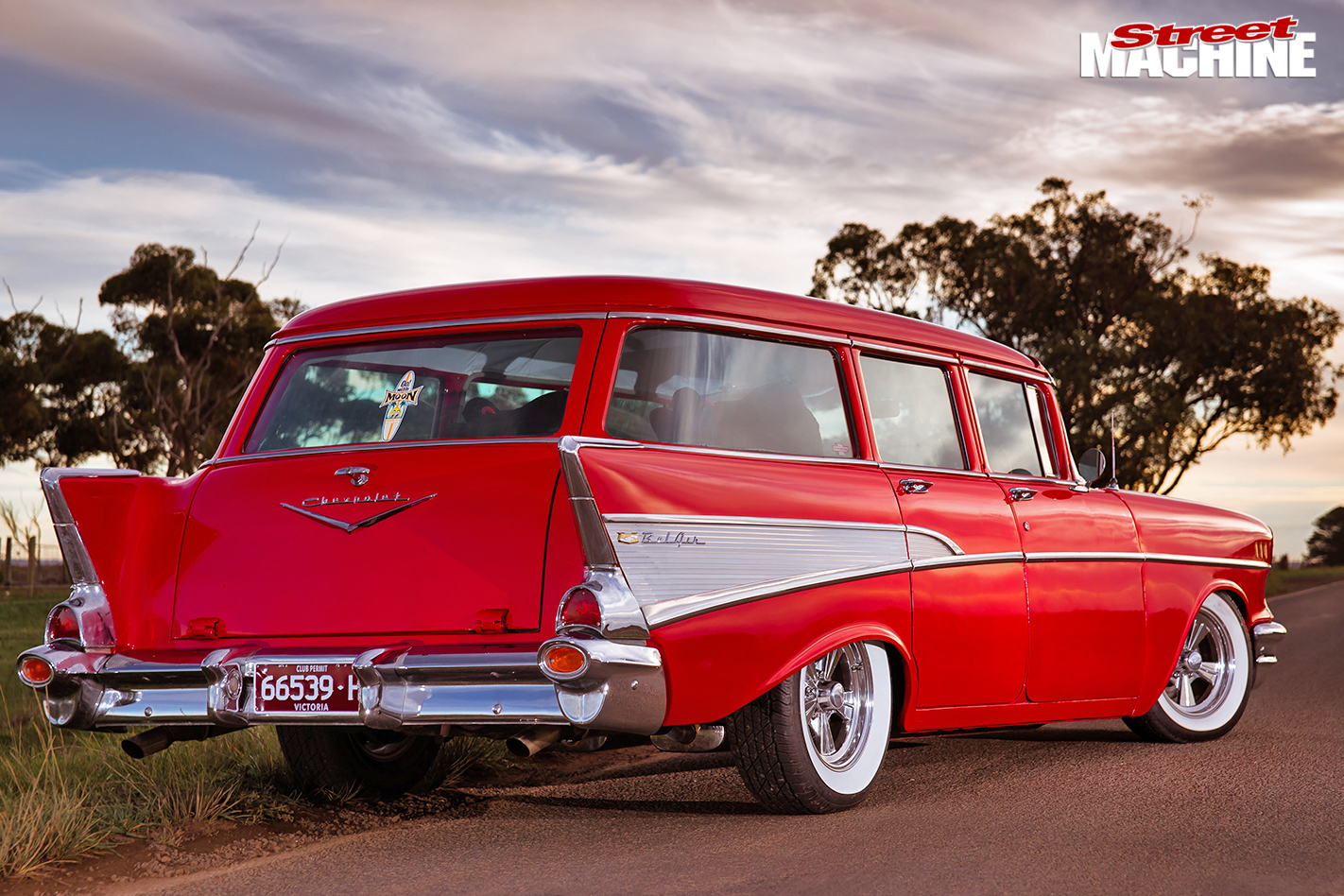 What model is it?

All wagons are 210s. Mine has Bel Air flashes on the side, badging and dash. It’s not a Nomad though; so many people get the two confused. I’m forever telling people that it’s a station wagon; this has four doors whereas Nomads have two!

What mods have you done?

I bought it in February after it’d just been painted and I’ve had to do a bit of maintenance to it since then. The 350ci it came with split a bore, so that was the end of that one! It now has a new cratey thanks to my husband Daniel. I’ve also changed the wheels from billets to the Rocket Strikes with whitewalls. I want it to look like it had been hot rodded in the early 60s. I have to thank Daniel, and also the tri-five Chev Facebook pages for the great advice and free parts! 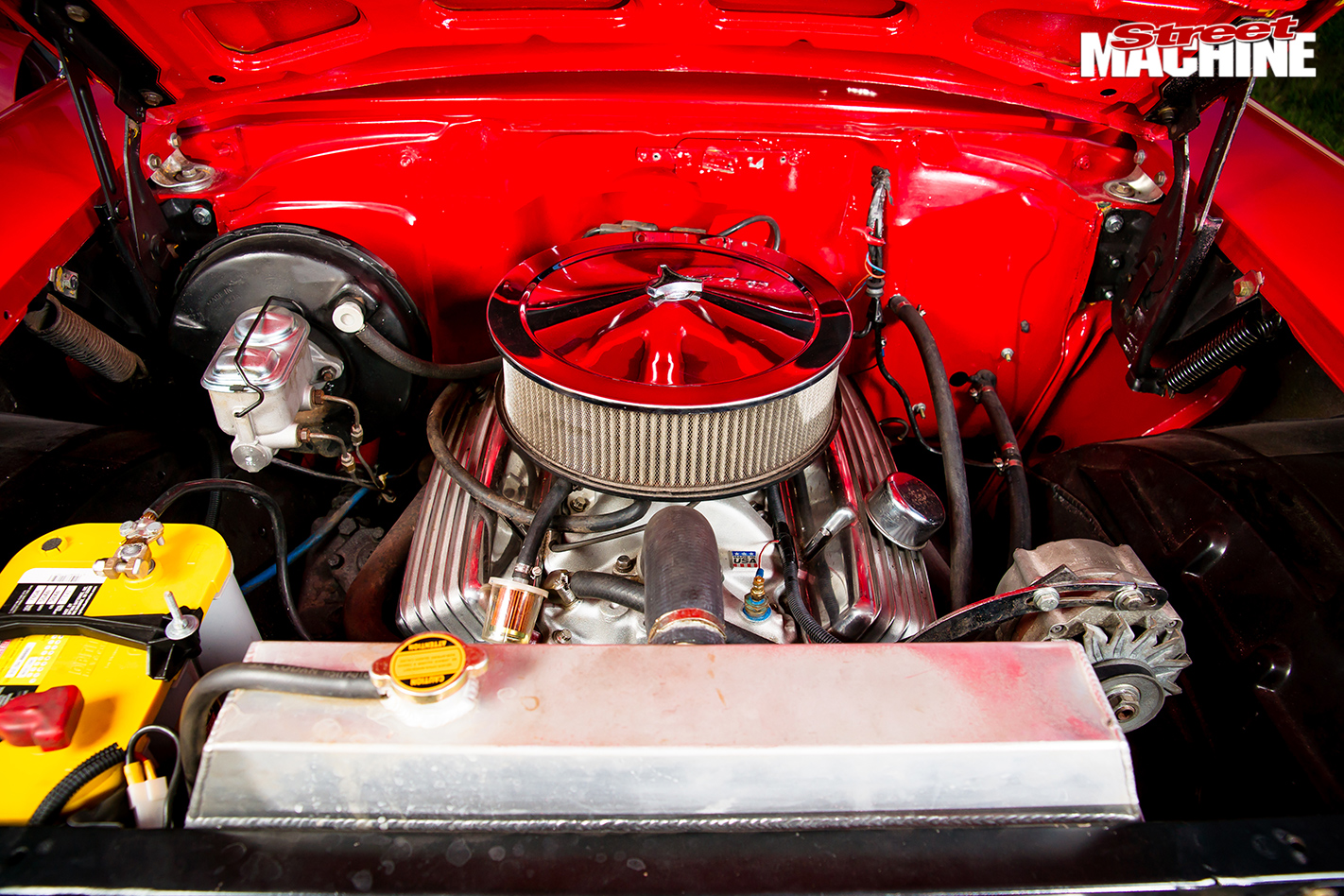 I bought it so I can cruise with my daughters Lola and Peyton, and they absolutely love it! Lola, who’s five years old, came home a few weeks back and asked if we could take her and her friend out in the Chevy. I can hardly imagine what the parents would’ve thought about that – they’d probably freak out if I rocked up in the wagon. 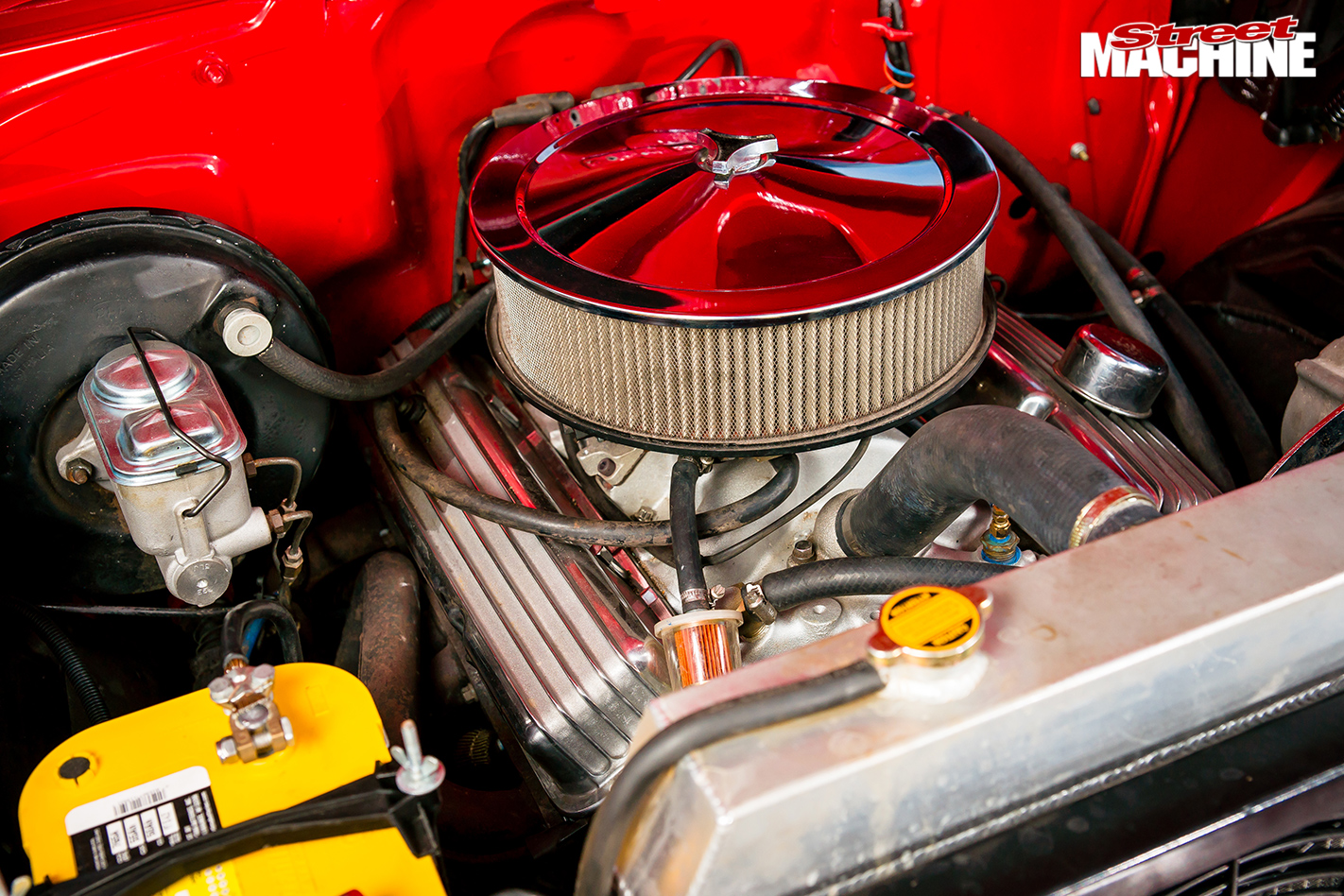 How did you catch the car bug?

My parents were into cars; Dad had a channelled ’34 Ford roadster, as well as Customlines and tank Fairlanes. Cars are now my life. That’s why I work in the automotive industry [as a Valvoline sales rep] because I get to go into workshops every day and see hot rods and street machines getting built or worked on. Get to many car shows?

Apparently I get to a lot, as people tell me: “You’re at every car show!” Also, pretty much every weekend I go to the Saturday Night Live cruise night in Melbourne. We often travel to SA for shows and I enter pin-up comps too. If I can afford it and can get time off of work, then I’m there. 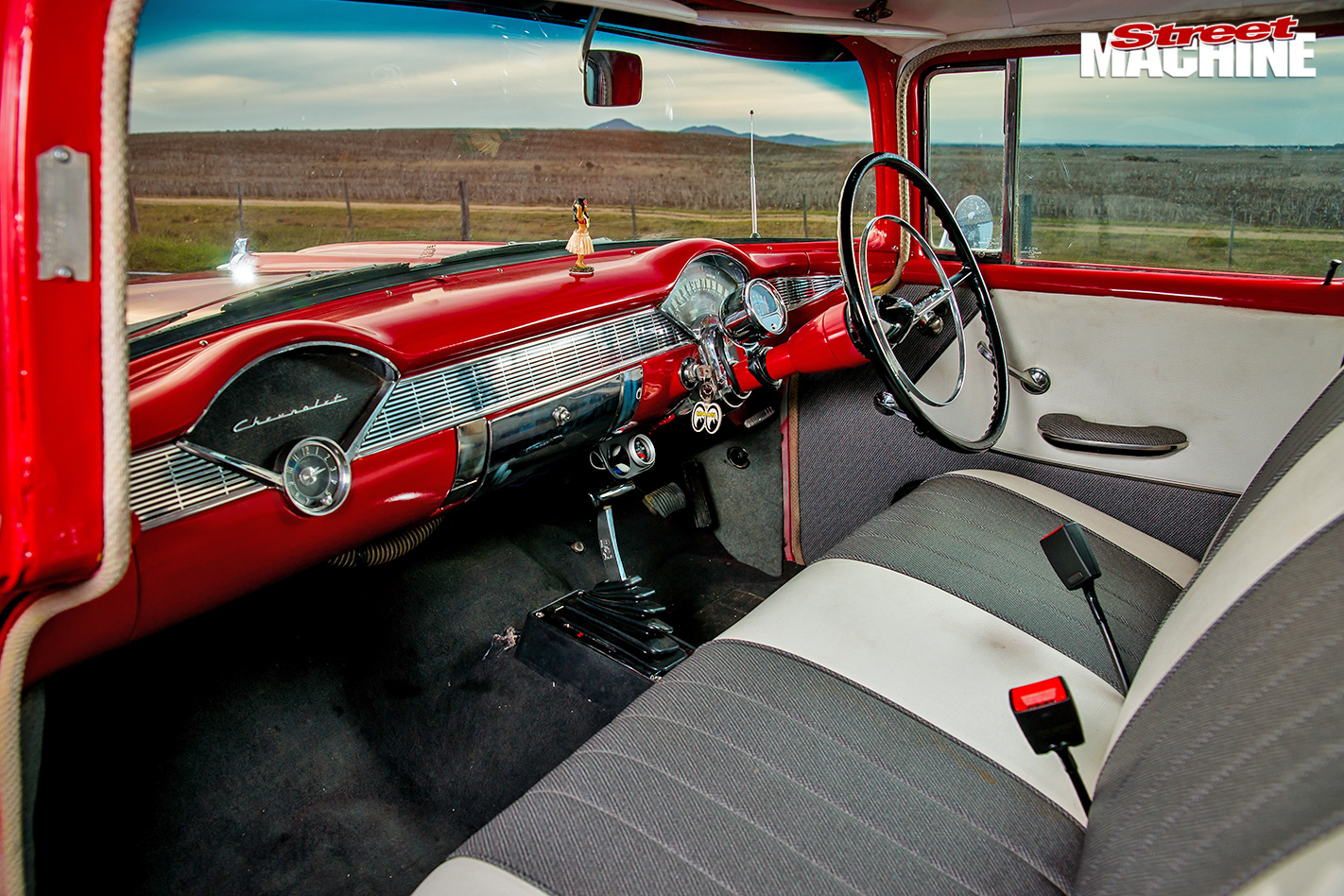