SINCE I was a kid, I’ve loved FC Holdens. A mate’s mum had one and I adored the chug of the six-pot motor, the whine of the non-synchro three-on-the-tree gearbox. Today I realise that it was a worn-out crapper but when I was six I thought it was cool. 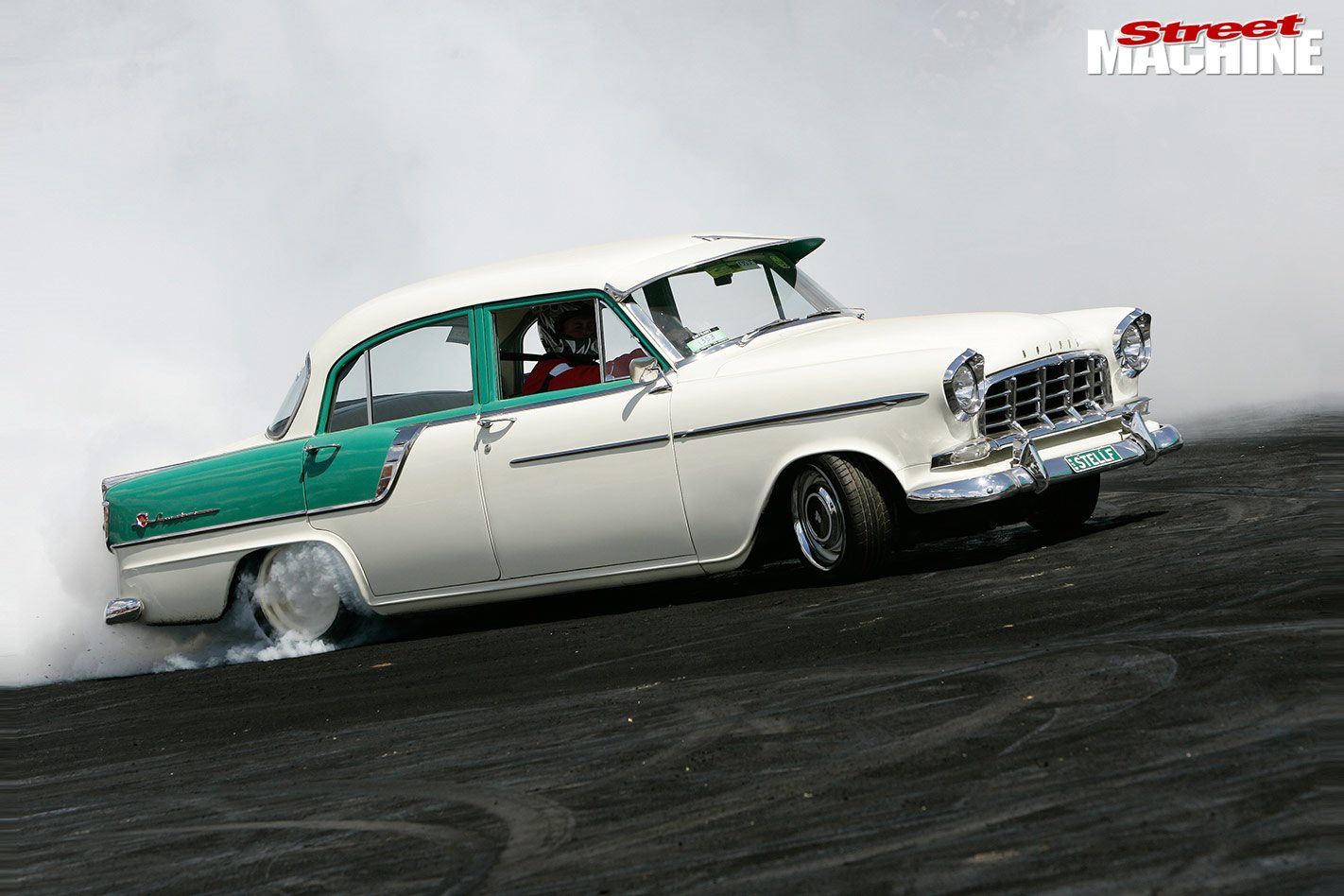 I reckon this FC’s pretty cool too, and this time I think a lot more of you will agree. You see Darren Bevan’s ’58 FC Holden is a sleeper, with fuel-injected Holden V8 power under the bonnet. But more than a sleeper, Darren has created a retrotech masterpiece too, blending a restored-to-standard 1958 FC Holden with the go-gear from a VP V8 Commodore nearly 40 years more advanced. Classic character, modern muscle. 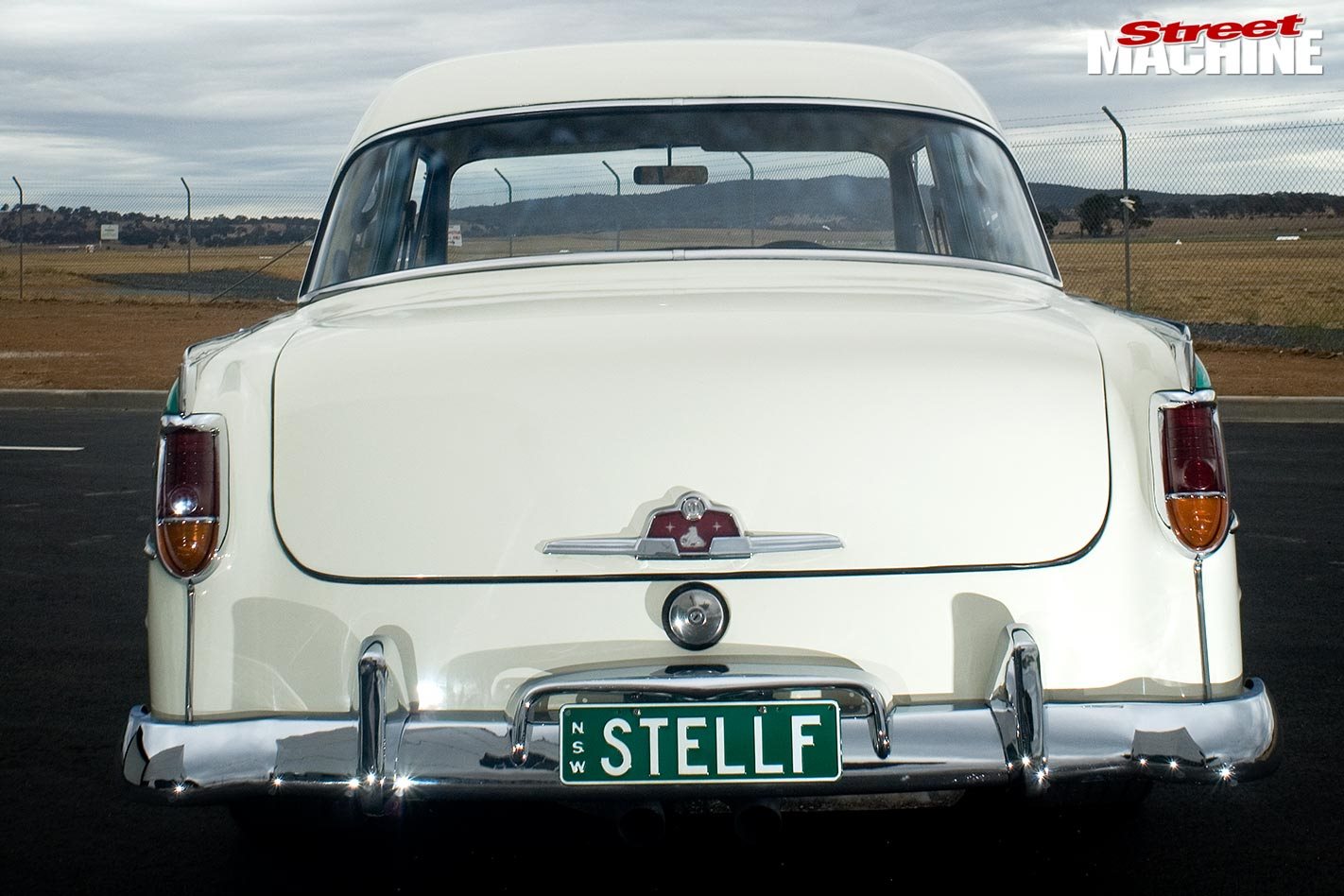 You’d imagine that a build like this would have been carefully planned but as Darren tells it, the kick-start for the installation of the EFI 5.0-litre Commodore V8 into this standard-looking classic was a dent. Yep, one little dent. 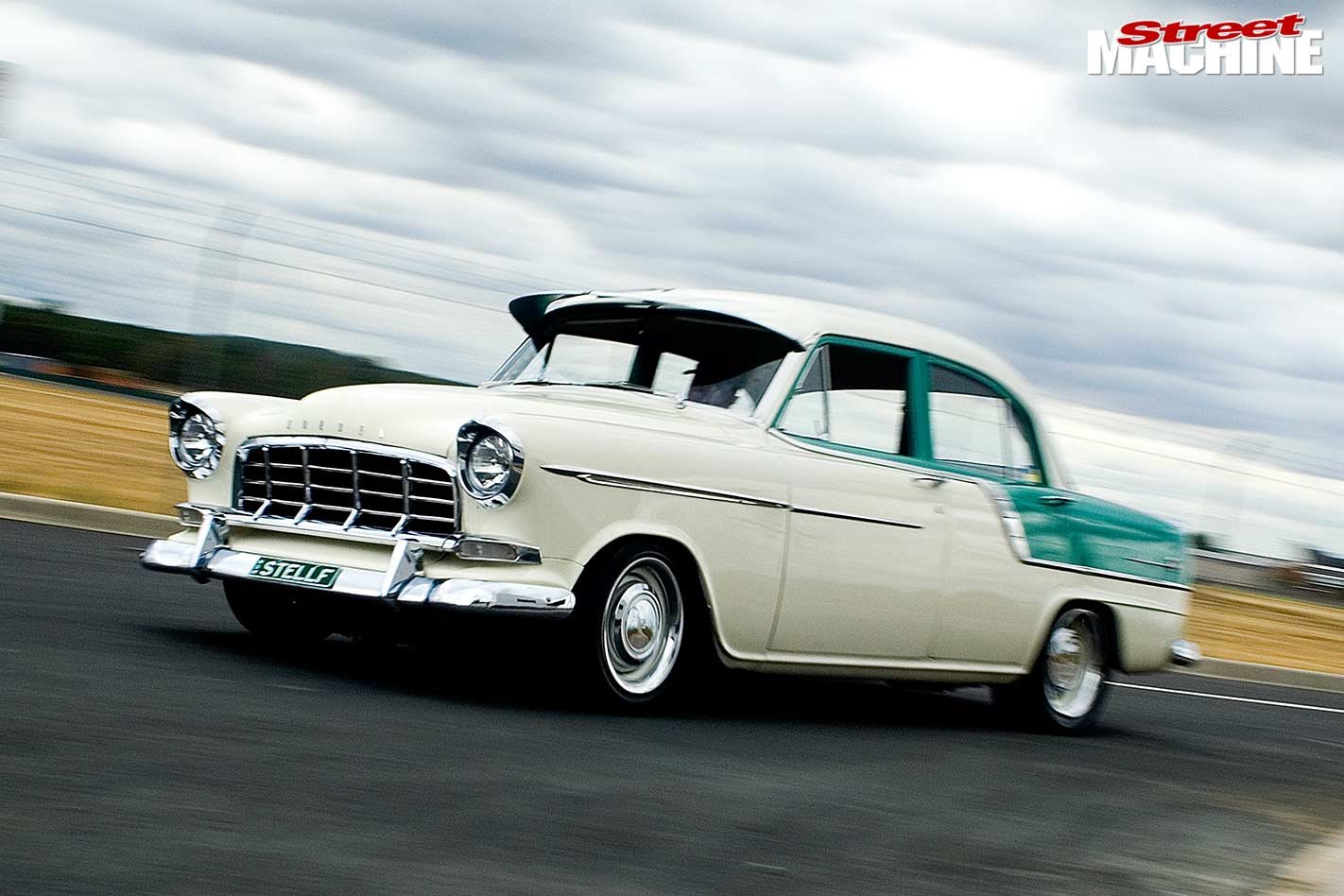 “The clutch slave cylinder gave out and I put it into an ex-mate’s workshop,” Darren says. “While it was there, it mysteriously copped a dent in the rear quarter panel so I went out and bought a VP V8 for $1500 and it went from there.”

Um, how does a dent cause a fella to buy another engine? Darren simply grins and shrugs. Ah — any excuse! 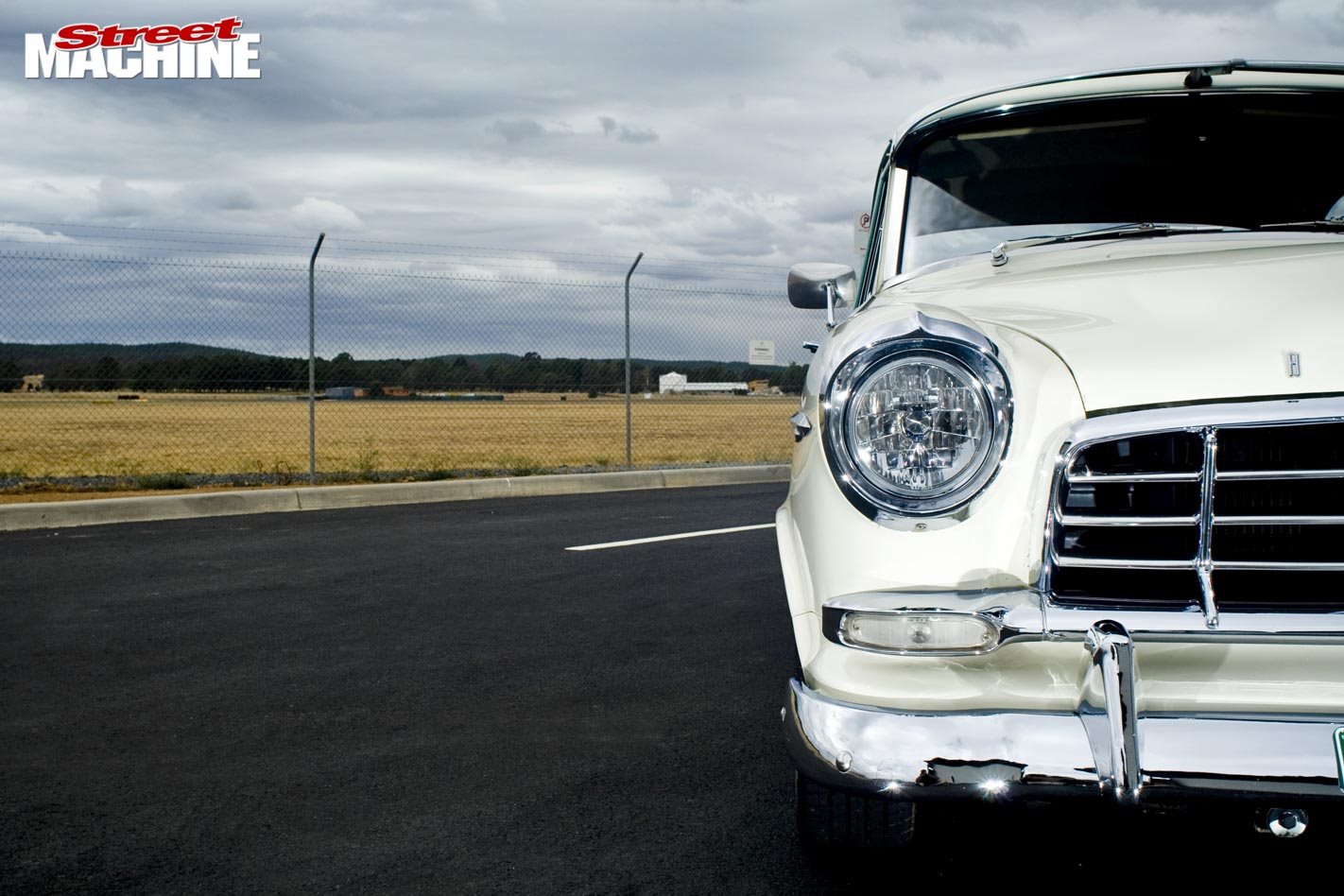 No stranger to cars — he’s played with a bunch of modified Holdens and Fords in the past and has an elite-level XR Falcon build on the go — he knew roughly what was required to install an engine into a car that was designed for roughly one-third the power.

“I rang up Castlemaine Rod Shop and bought a chassis kit and the front end to do the conversion,” he says. 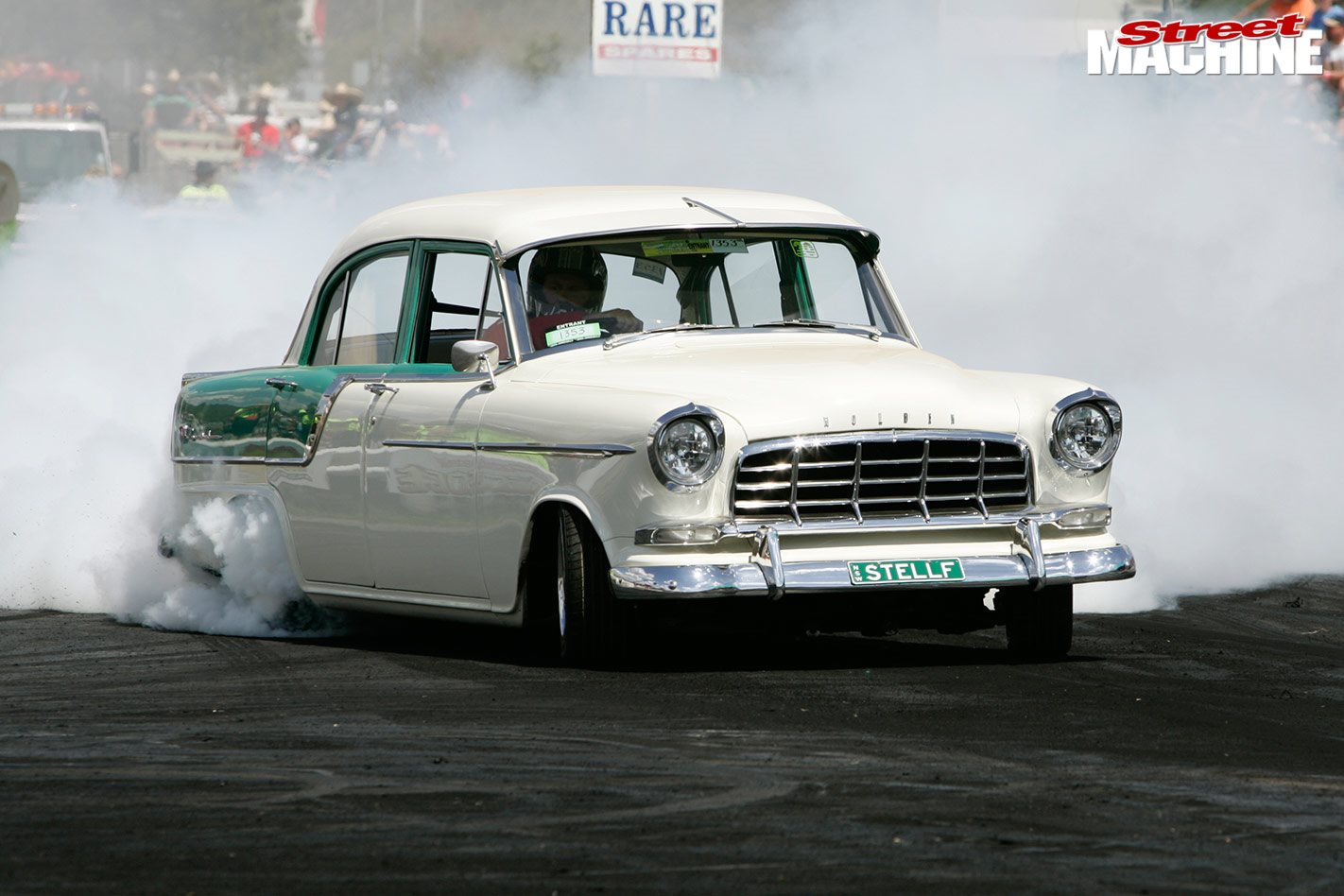 The CRS hardware was relatively easy to install and spans between the front chassis rails and rear suspension, providing the extra strength required for legal registration with a V8. The front crossmember, based on an HR Holden unit, replaces the FC’s floppy link-pins with tougher ball joints and provides disc brakes.

“Even with the CRS kit, there was work to be done to make it all fit,” Darren says. “We had to modify the radiator to get it to fit it in there, and we cut the back out of the grille. But it all worked out pretty well.” 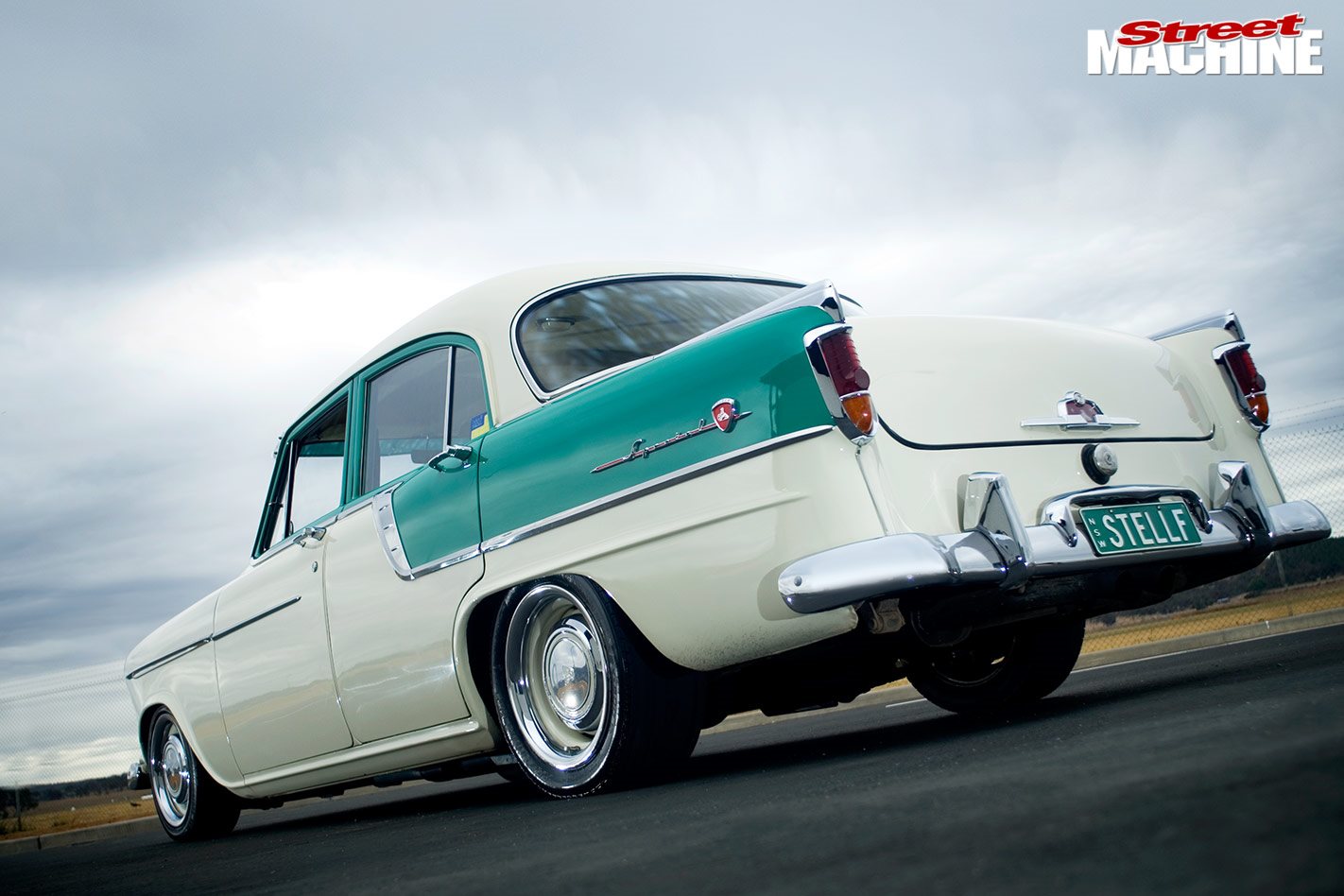 With 165kW (220hp), the standard EFI V8 offers a good mix of driveability, power and fuel economy, especially in a lightweight FC.

“I was simply going to slot the standard engine in but my mate Todd was building an EH Holden and he got in my ear about putting in a cam. So I opened it up and the engine was sludgy inside — nearly an inch thick under the valley.”

But every sludgy motor has a silver lining and in Darren’s case, he decided to give the mileage-unknown donk a freshen-up. 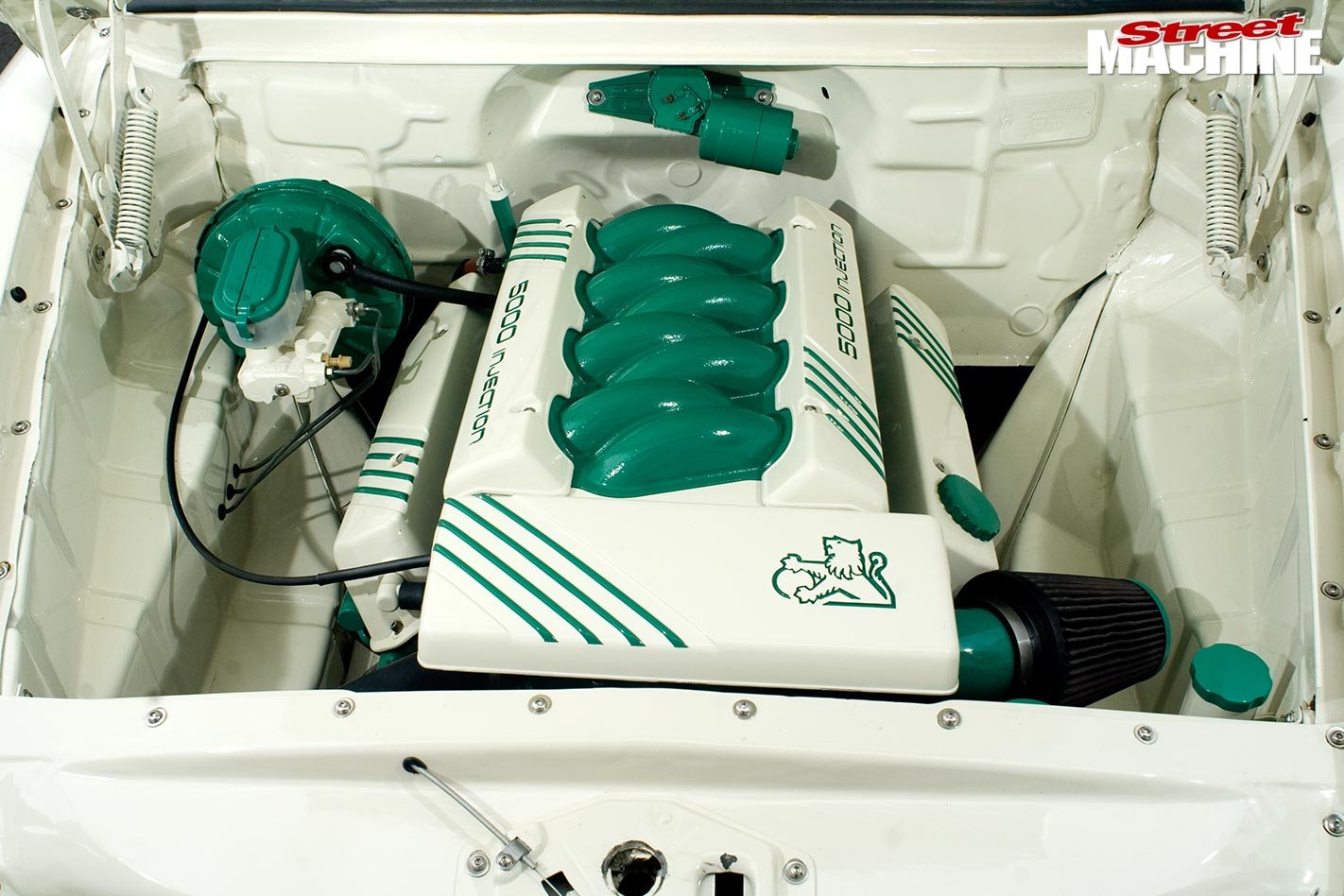 He didn’t go mad with the engine, just having the block skimmed square and new pistons gudgeoned to the stock rods and crank. The heads were shaved a little to raise compression and after asking the right questions of the Blumenstein brothers at COME Racing in Melbourne, Darren bought a lumpier cam, lifter and memcal performance package.

“Sam told me what compression to run. The cam is actually a bigger grind than he recommended,” Darren says, “but I wanted a bit of aggro in the idle! It has a lot of top-end. I’m glad I disassembled the engine; it’s brand new now, from top to bottom.” 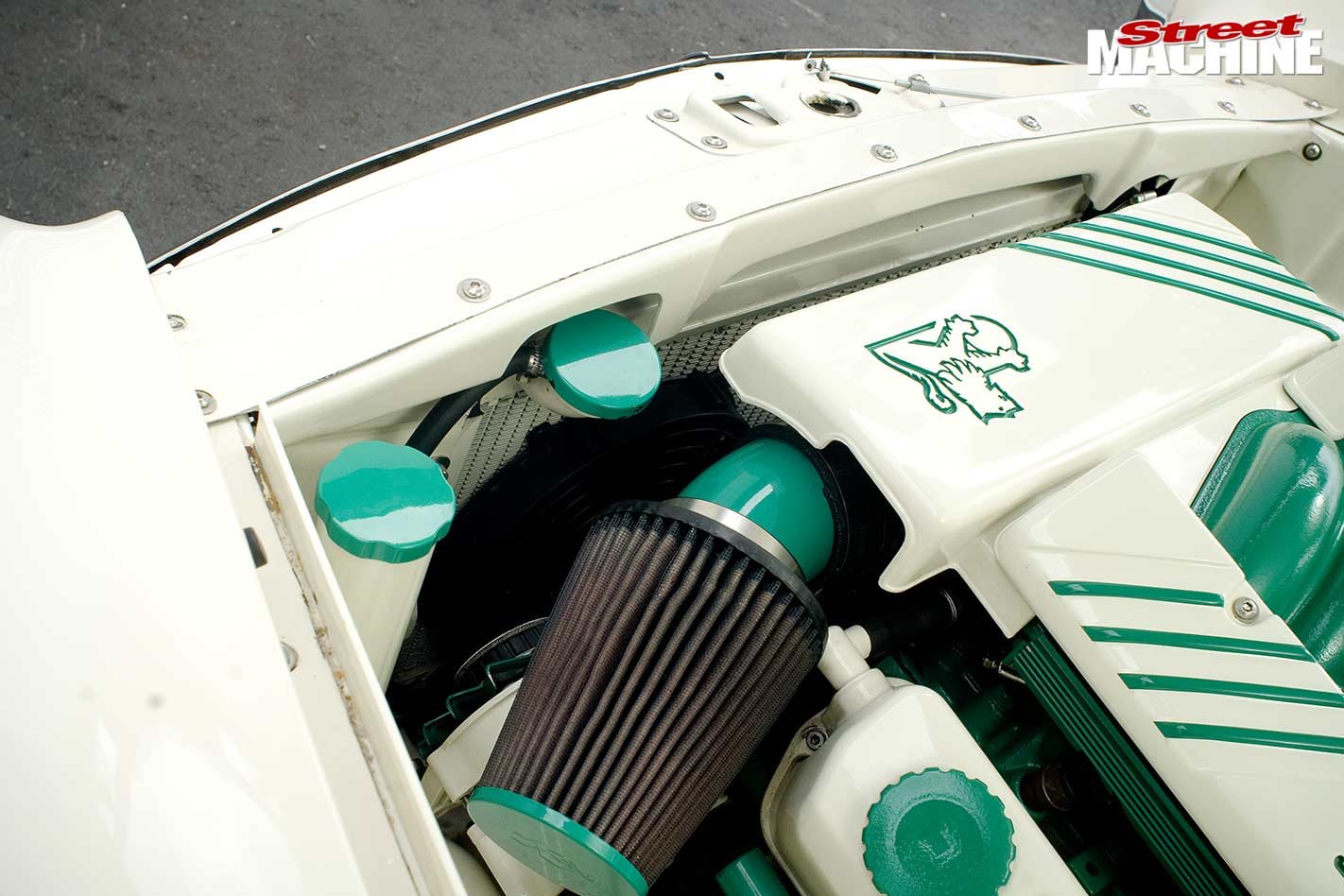 The car’s wiring — including the harness for the EFI — was almost completely hidden by Shane at Central Coast Batteries.

“I told him I didn’t want to see any wiring in the car and we even tucked the wiper motor wiring back through the firewall. Then we built solid sparkplug lead carriers from tube. They’re mounted to the sides of the rocker covers. I wanted to hide as many wires as we could and I think we’ve done very well in that area.”

Darren’s only regret in the engine bay is not being able to hide the throttle cable. 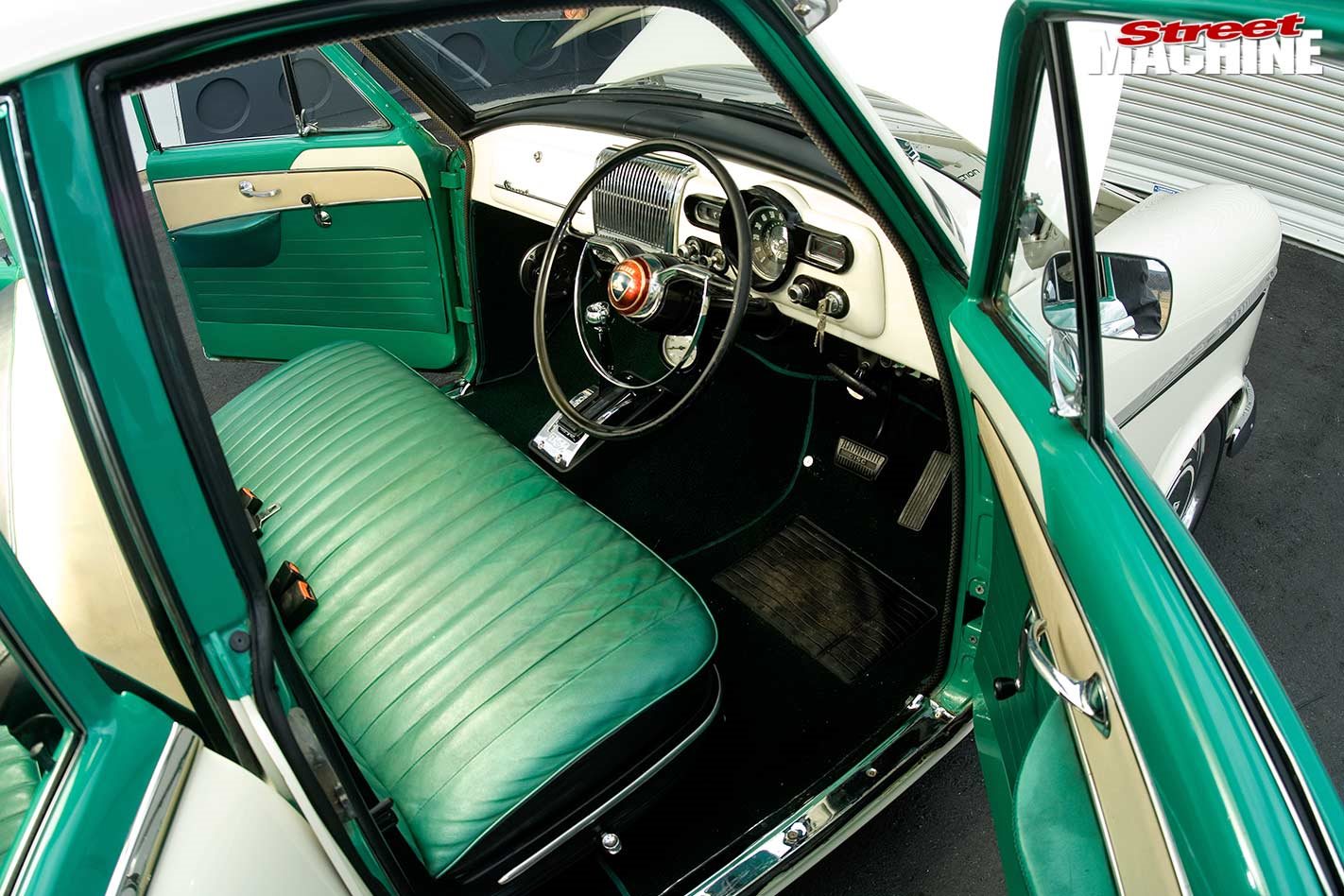 This engine hasn’t been on the dyno but in the past Darren has seen a very similar combo in a mate’s Statesman spin the rollers to 218hp. “That’s my benchmark,” he says, “and a few people reckon mine goes a bit harder!”

Darren reckons his DIY engine rebuild, including the machining and the COME cam, owes him around $4000 which is pretty good value. “I’d like to think my money was well-spent in the right areas,” he says. 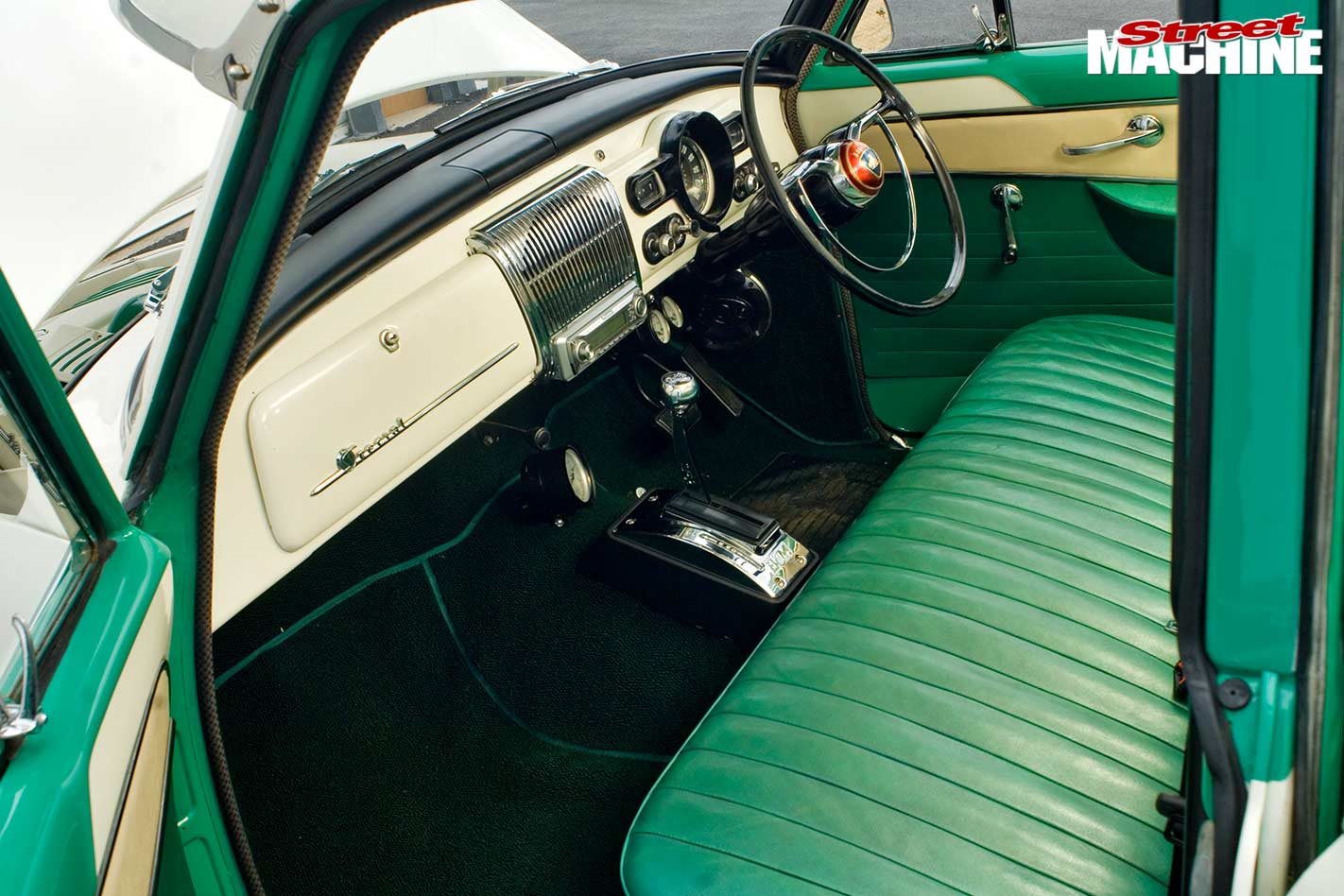 The VP Commodore’s TH700 four-speed auto was serviced too, and Sydney Competition Warehouse supplied the nine-inch rear axle conversion to replace the FC’s original spaghetti-strength single-spinner. Wheel-wise, Darren has kept things subtle, with a set of steelies based on HJ Holden centres with a 15-inch rim. They hold HQ Holden hubcaps and hide Commodore front discs and HQ rear drums.

“I love sleeper-looking cars,” says Darren. “I built a sleeper HK Holden a few years ago. It was blown, and apart from the Convo Pros you wouldn’t have known. It even had the bench seat and column shift auto.” 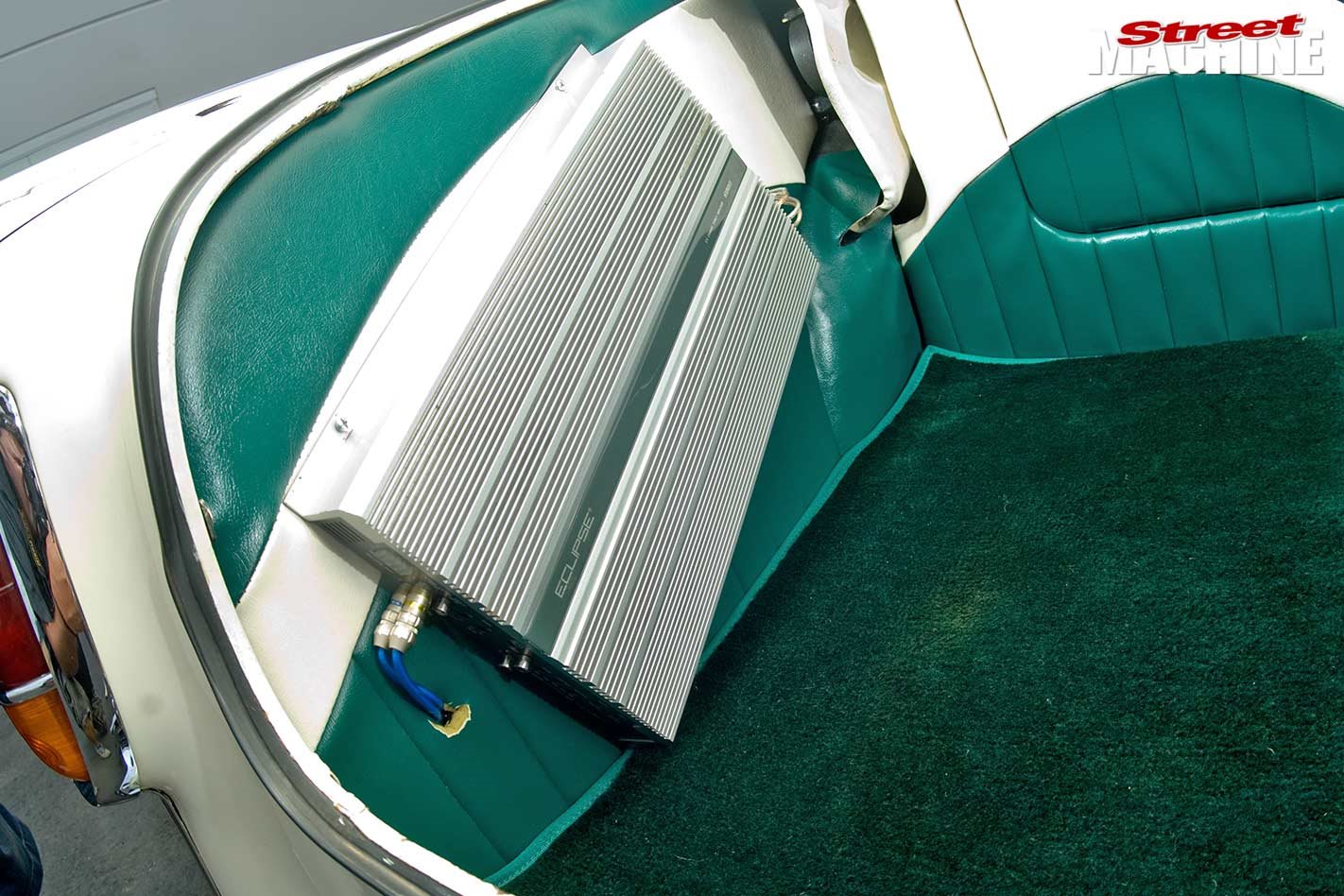 Helping the FC’s sleeper theme, the extra Auto Meter gauges are small and mounted low, and the stereo isn’t in your face. The shifter is a necessary evil but the original steering wheel and bench seats remain.

“The boot’s been tizzied up. We tried to get the same theme and style going as the door trims. Dennis Stokes Motor Trimming did that, and the custom carpet. He’s done eight or 10 cars for me over the years. Another bloke who’s done a lot for me is my mate Billy. A lot of ideas have come out of his head and he’s always the first one around to help.” 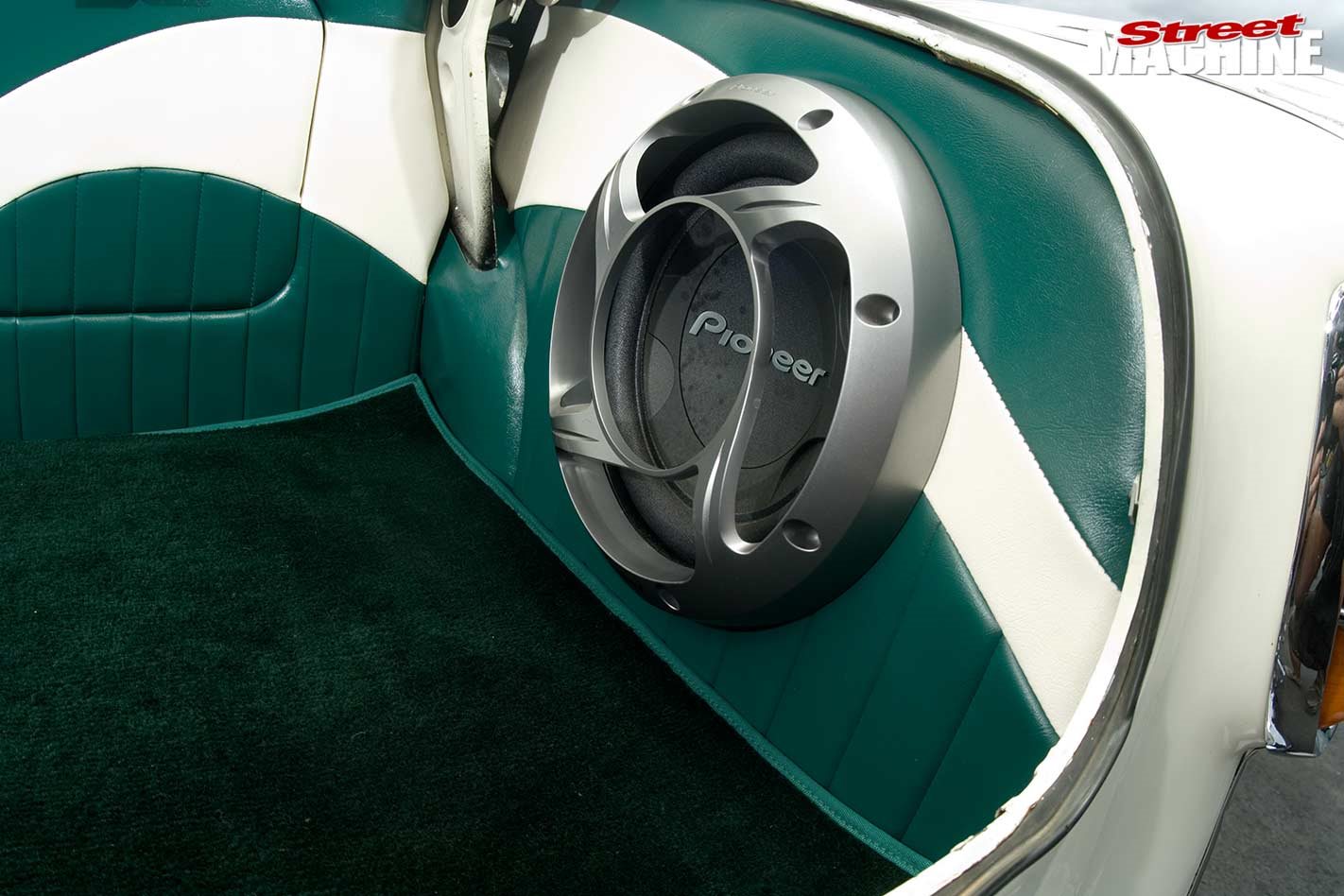 Darren’s not a bloke to let a build go on for ever; he wanted to drive the FC.

“We took it out three or four times a week over summer,” he says. “Apart from no power steering, it’s just like driving a Commodore.”

SINCE its completion in August ’06, Darren and his family racked up several thousand kays cruising around home on the NSW Central Coast. The FC went to Summernats 20, where Darren qualified for the burnouts, and also the Nostalgia Drags in Sydney. 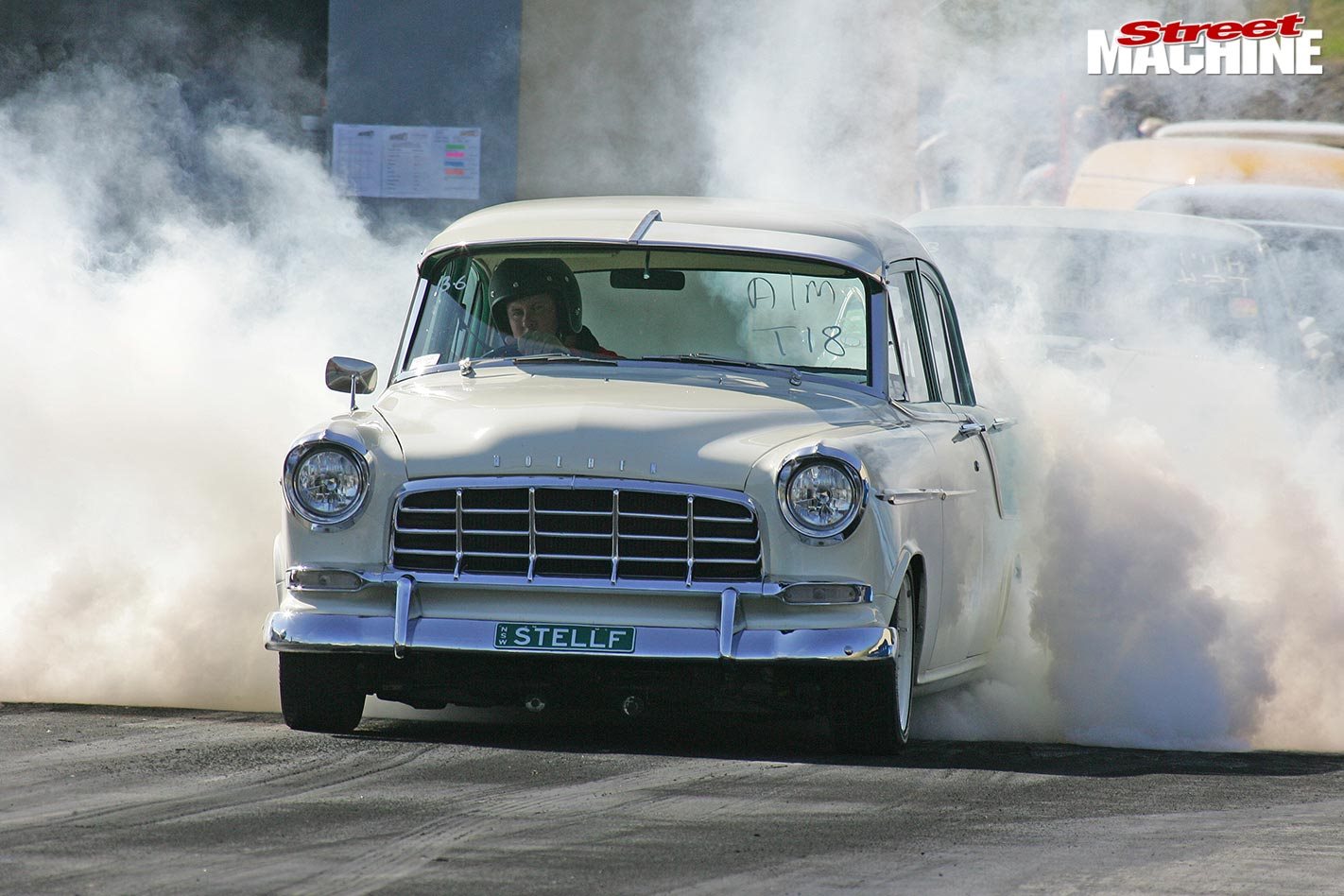 “Believe it or not, it was my first time racing — ever!” he says with a huge grin. “I only got to do one good pass as I had problems with the new brake linings I’d fitted and in my first qualifier I tripped the beams. So I took a guess and dialled in at 13.6 but broke-out with a 13.5@98mph. I reckon it has a few more tenths in it.” 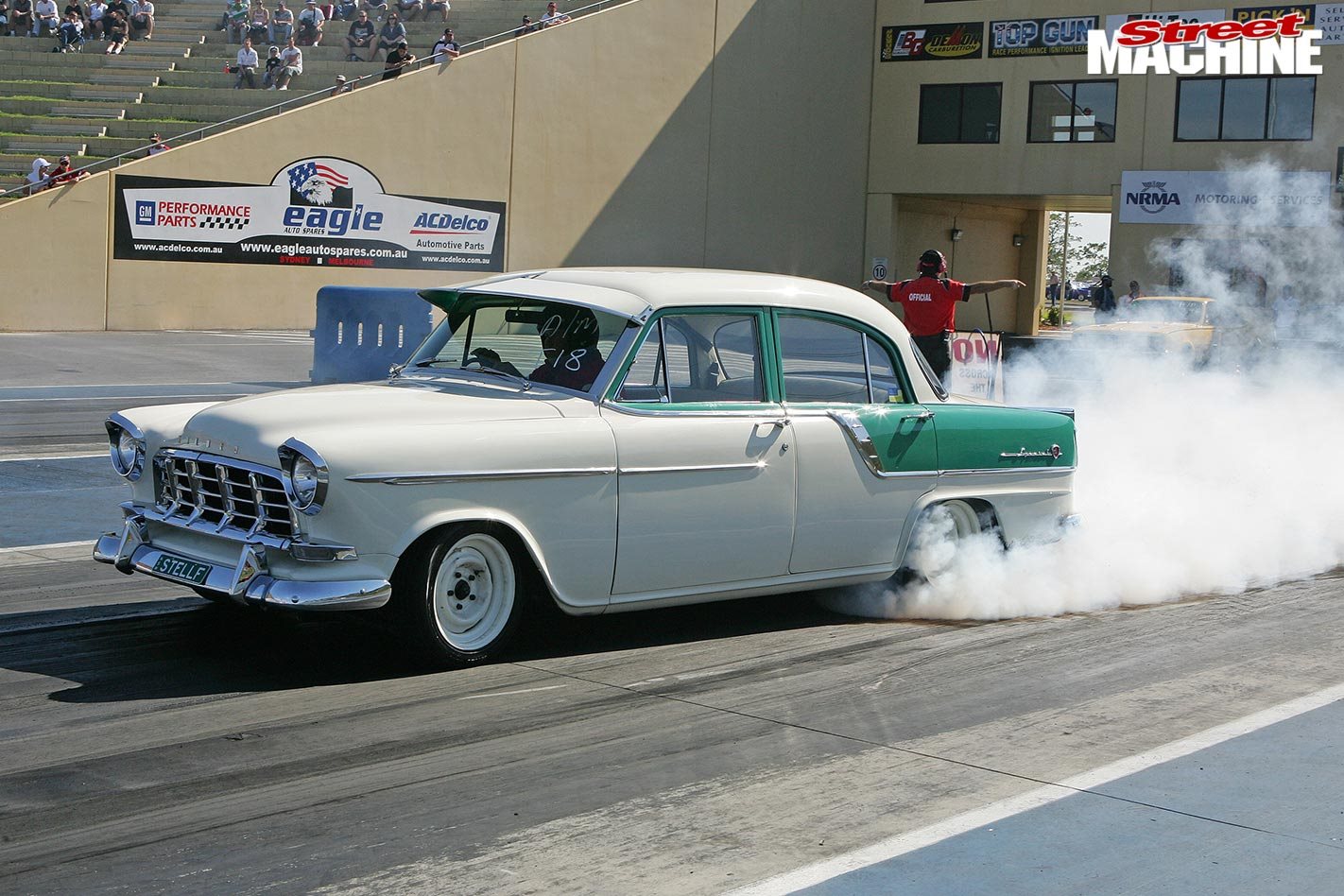 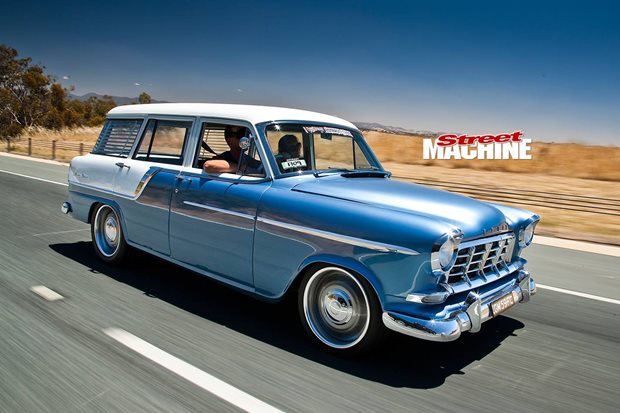