Show quality finish, perfect stance, but it was the colour that clinched the deal

CLINT Robinson always loved cool cars and dreamed of importing a Chev from the States. But life postponed his dreams. As for so many street machiners, that included having a family. 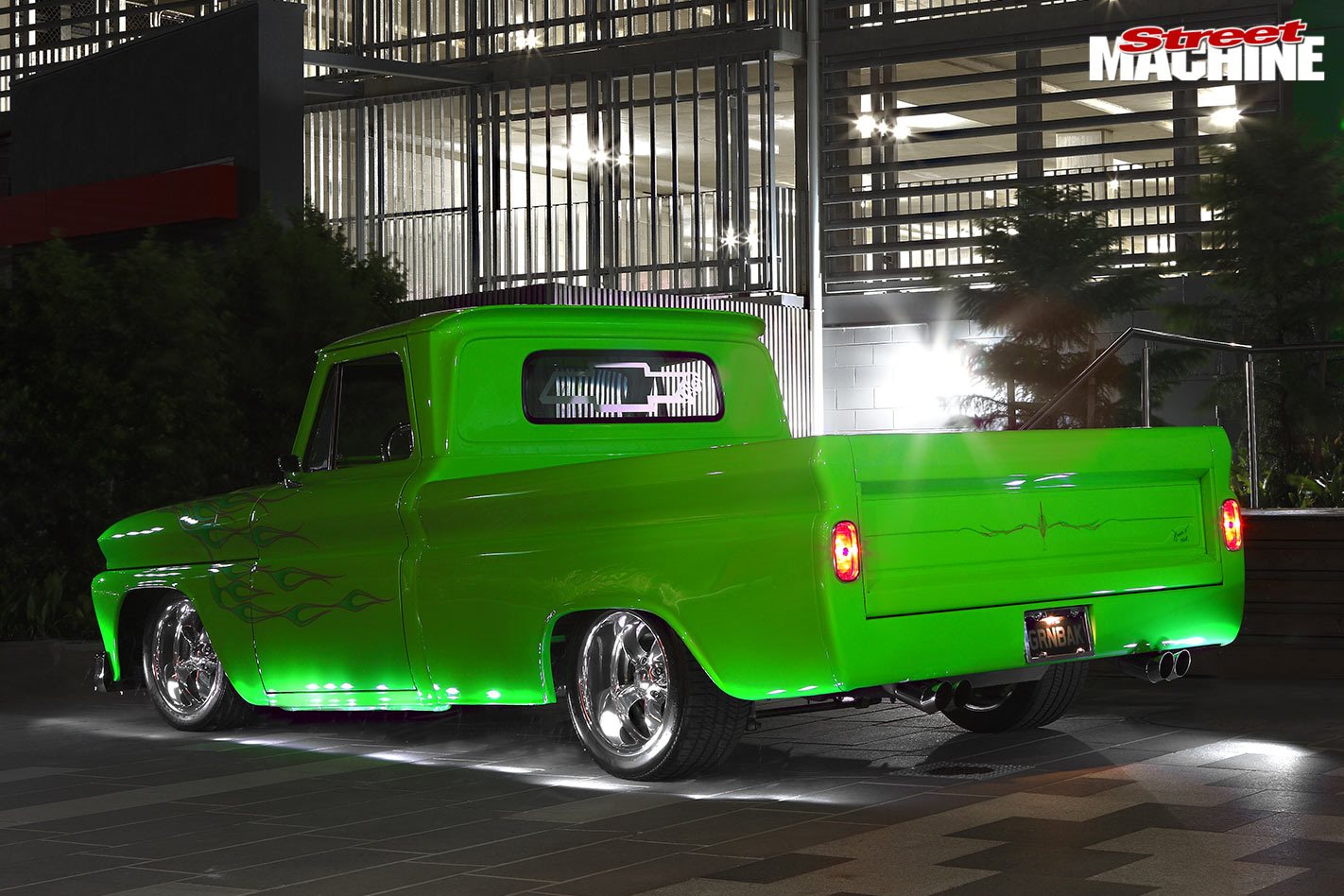 Custom body mods include a rear roll pan in steel and a shaved tailgate. The tray itself is decked out with oak flooring. The rear of the cab has a Chevrolet bowtie pressed into it for good measure — a neat touch

And then, in 2005, he suffered a workplace accident that left him paraplegic. Which, odd as it may seem, actually refired his car dreams. After months of rehab, Clint knew it was time for him to import the custom Chev he had always wanted. If his life was going to be lived on a set of wheels, he was going to find himself the sweetest set possible.

“I enjoyed looking at cars online, talking to people about their cars. It was here that I discovered the C10 and got talking to its then-owner Al Ming,” he says. 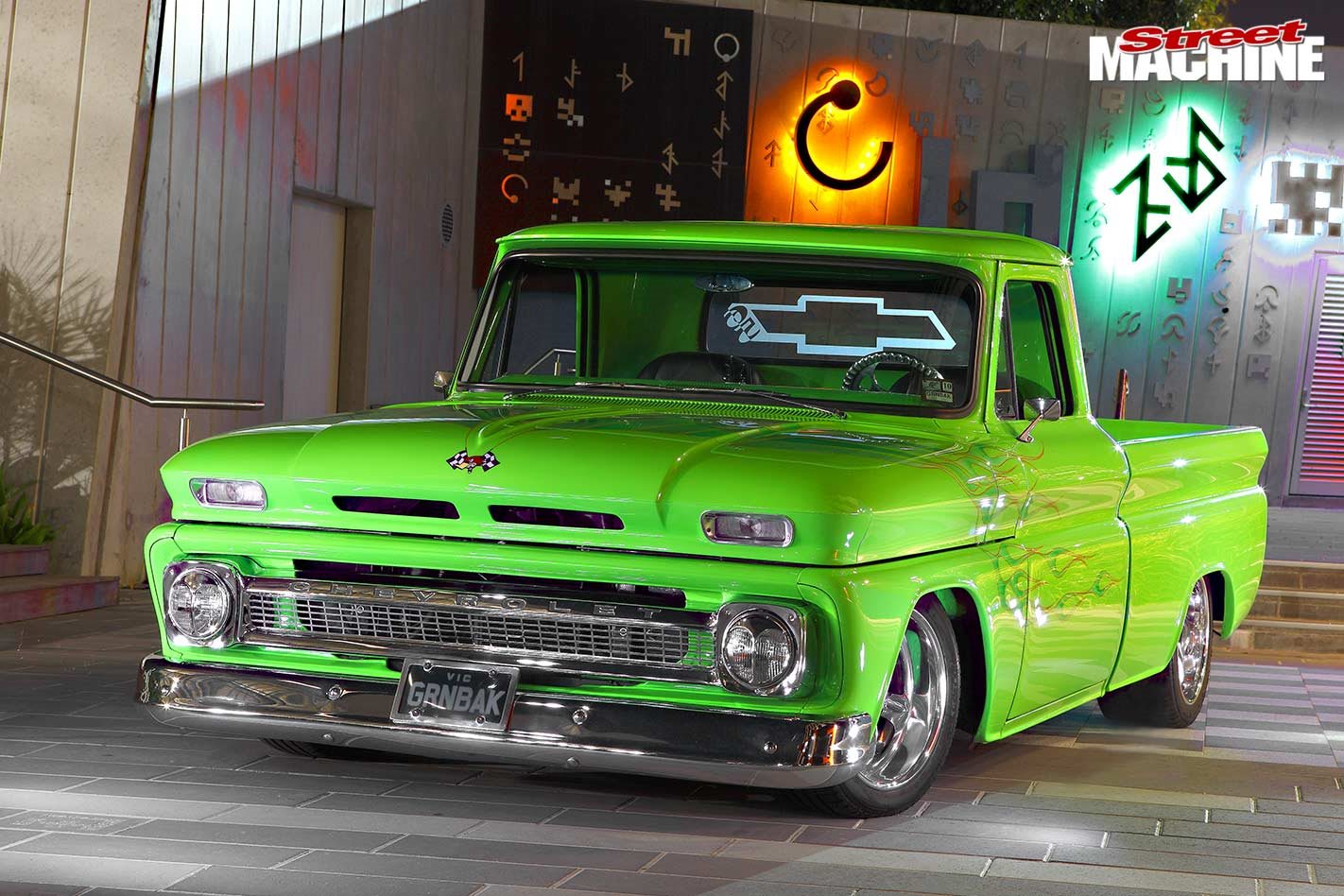 Al is the guy responsible for this gorgeous machine. He built the truck and put about 5000 miles on it before selling it to Clint.

“Al helped me through the process of getting it here. I still give him updates on the car. Apparently his missus wants him to buy it back off me but ‘Greenback’ is part of the family now, so there’s no chance of that happening.” 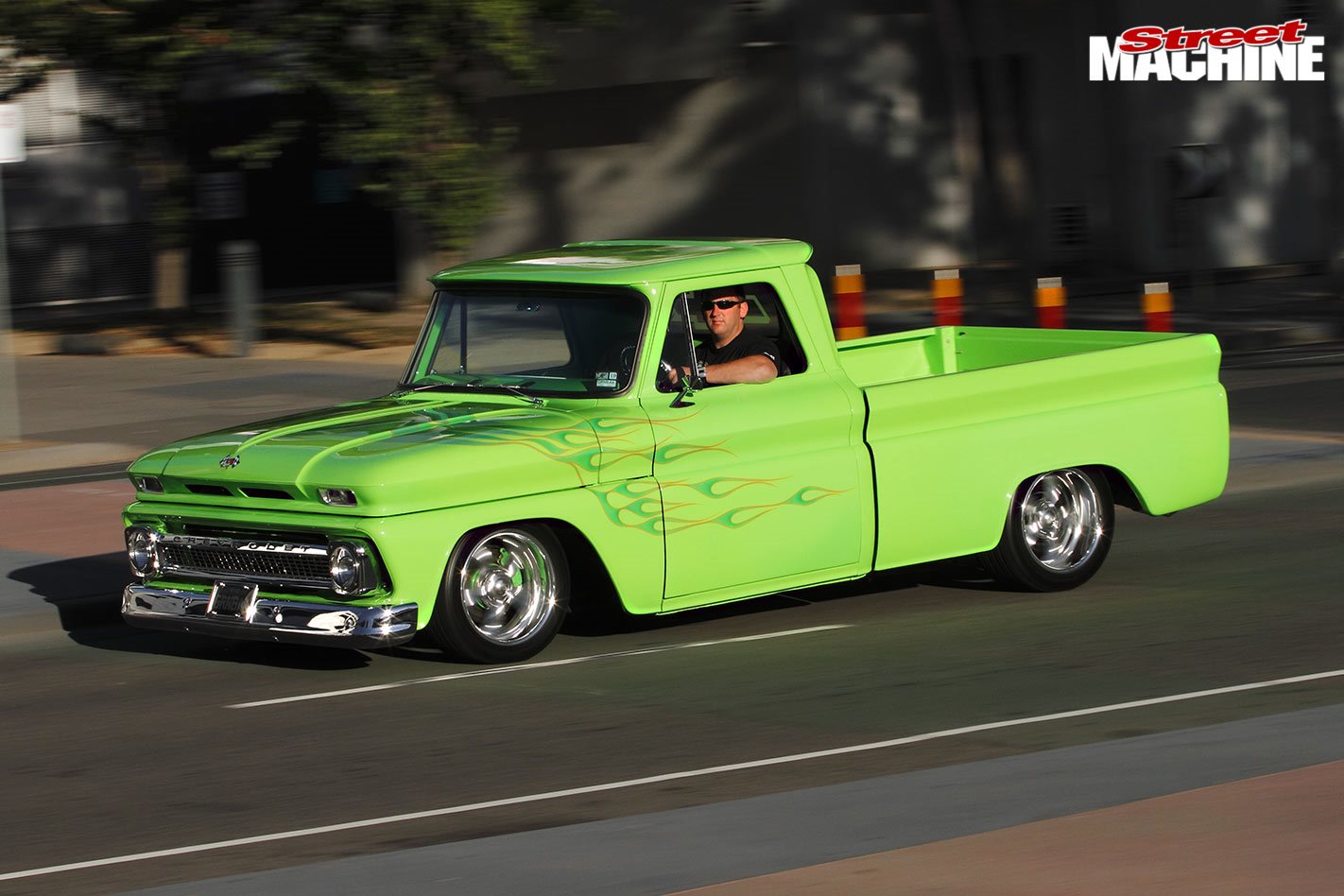 The car came from Spokane, Washington, and as all street machiners do, Al had a few troubles in the build. Seems the Yanks have as much luck with paint shops as we do and the Chev sat gathering dust in the first shop for a year. The next shop actually painted the car but Al says it was a nasty job. Finally he came across a guy by the name of Barry Brent who put in the hours to get the Chev looking the way it does now, with the custom green paintwork and flames.

“The colour and flames are my favourite aspects of the car,” Clint says. “Not many people notice the Woody Woodpecker on the bonnet that has ‘one bad pecker’ on the cigar. It’s little things like that, that give the car its character.” 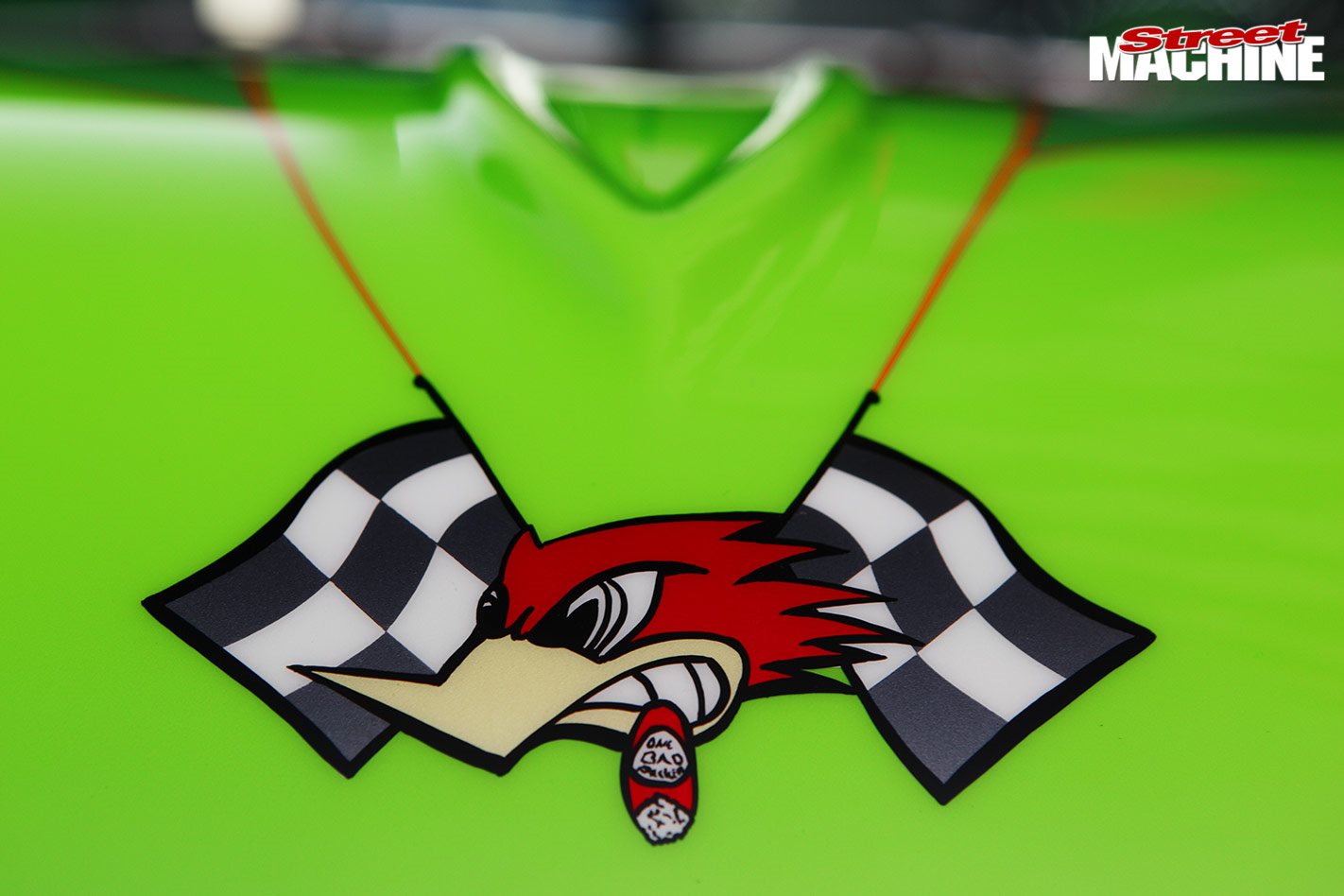 The bad pecker isn’t the only mod that people overlook; there’s a mountain of custom bodywork. The rear of the truck has a steel roll pan that eliminates the bumper and fits the curves of the body so neatly that it looks factory.

The Chev has also been dropped six inches all ’round. The front end was replaced with Jim Meyer Racing independent suspension that features tubular upper and lower control arms and adjustable coil-overs. To lower the rear, Al used an Early Classics six-inch drop kit, which relocates the shocks and coil mounts.

The massive drop was obviously great for someone in a wheelchair — it makes access easier for Clint, whether he has his wheelchair loaded in the back, or his kids’ schoolbags when he’s on the school run. Yup, this car is a regular driver. 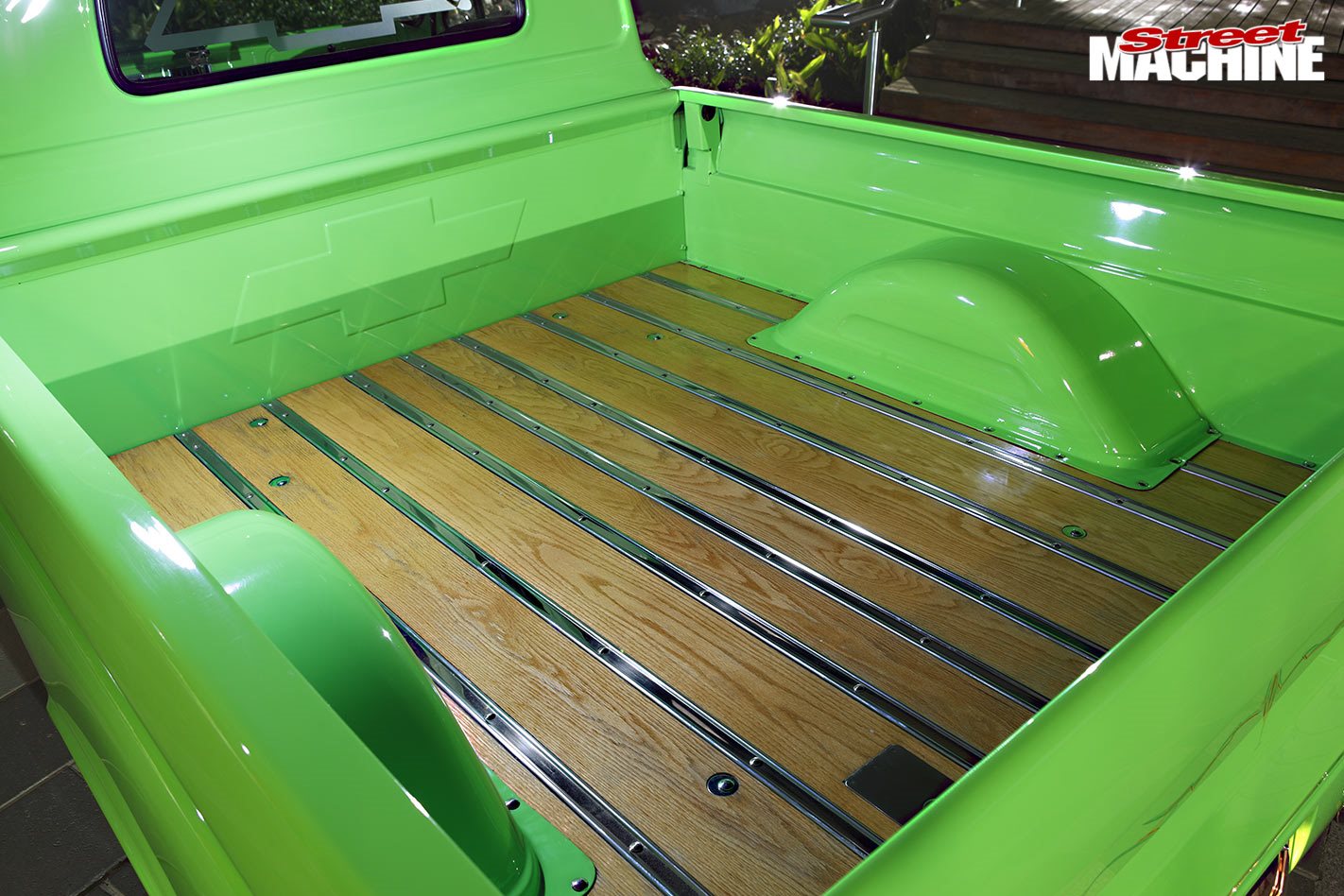 Speaking of which, there’s a very streetable 383 Chev under the bonnet. Twin polished Edelbrock EnduraShine carbs sit on top of a mountain of equally shiny gear and every inch of the engine bay has been detailed. But don’t think it’s all show and no go; it recently pulled just shy of 500hp on the rollers.

The dyno work wasn’t an exercise in vanity; Clint took it along to have the donk tuned to suit Aussie conditions.

“The engine was tuned to run in the US, on US fuel, so when I got it here, I took it down to the guys at Hallam Performance who tuned it up for our climate and fuel. I was amazed at the difference it made.” 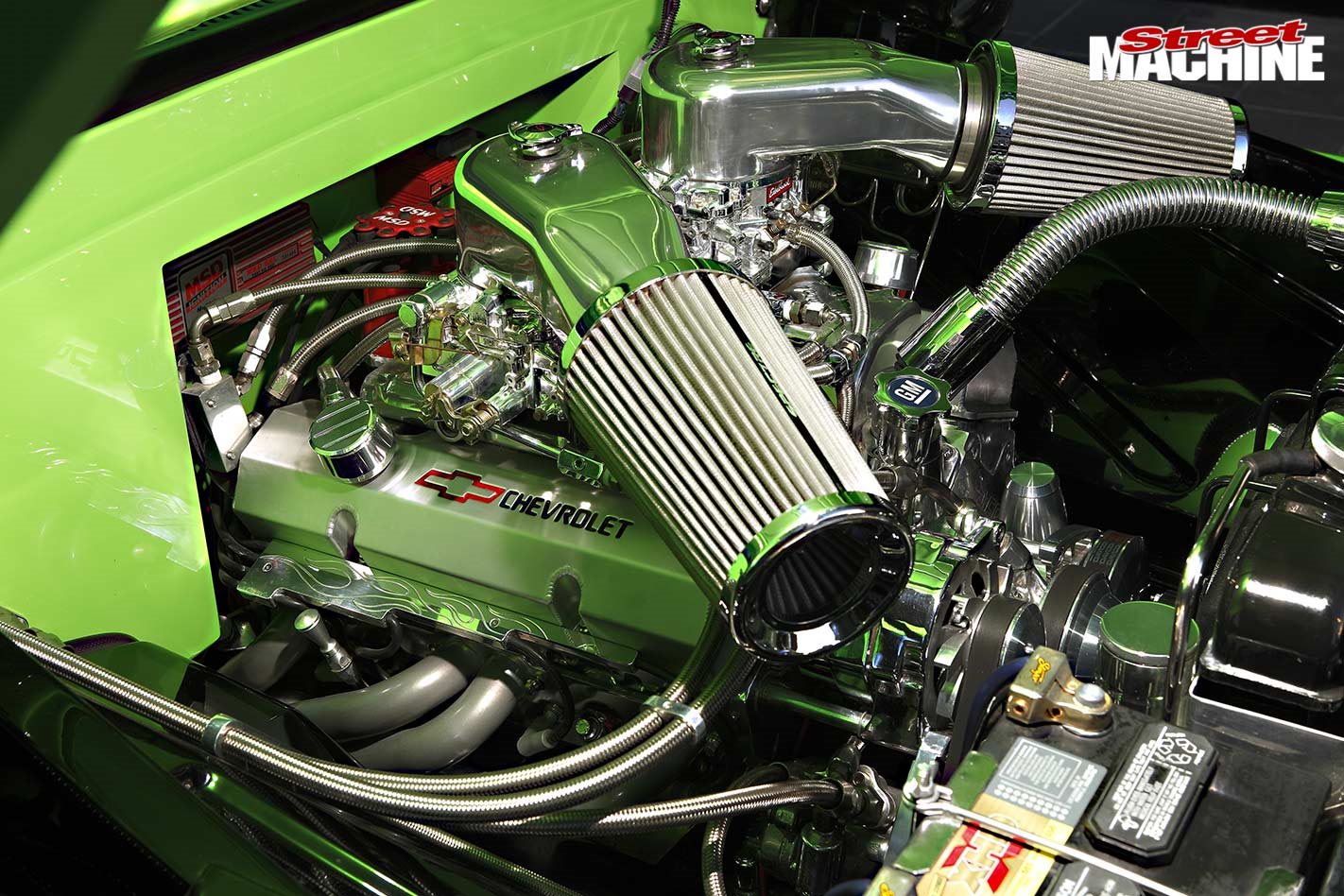 Like every other aspect of this car, the interior received plenty of hard labour. The seats came from a 2006 Chrysler 300C, with the frames reshaped and shortened to clear the rear window. The console was custom built and runs along the transmission tunnel from the bottom of the dash to the rear of the cabin, behind the seats. The console and seats were trimmed in black leather to give the ride a comfortable, modern feel.

Looking at it, you may be wondering where the hand controls are, since Clint is paraplegic. Well, he uses portable hand controls that can be fitted to any automatic car in a couple of minutes. They mean his wife, Fiona, can drive the Chev, and also that the car’s show-winning looks didn’t have to be sacrificed.

And it is turning out to be a bit of a trophy magnet; in the short time Clint’s had the pick-up it’s won a heap of awards, including tinware from the Bright Rod Run, Victorian Hot Rod Show and the All-American Car Show. Wherever the car goes, people adore it. But Clint says his biggest supporters are his family and he can’t thank them enough. 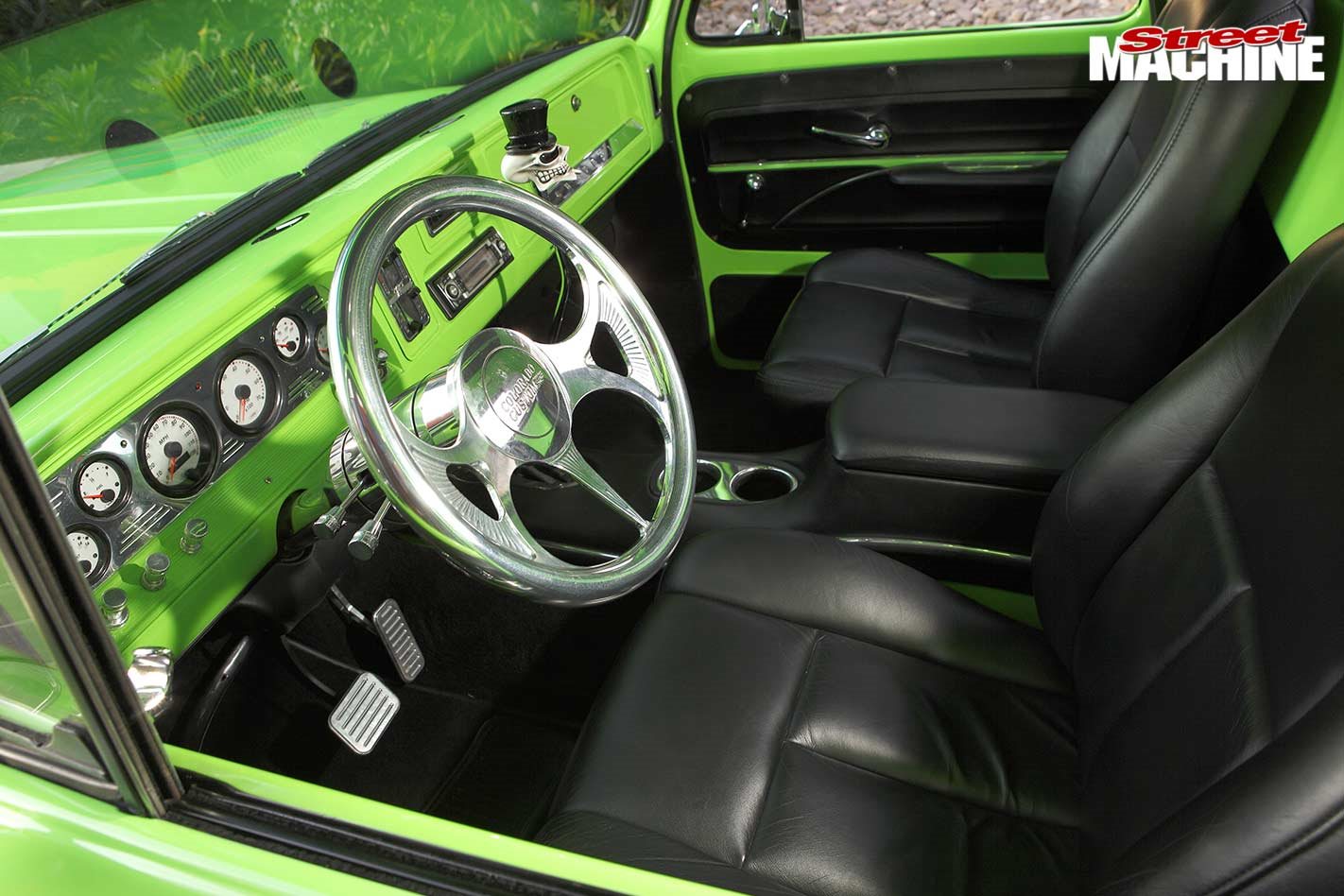 “My wife likes to joke that she cleans the car and I drive it, which isn’t far from the truth — she is a great help.

“For the past year and a half the car has brought my family so much pleasure. Fiona and the children, Lachlan, Taylah and Ashlee, who’s just eight months old, all enjoy going to car shows and rod runs.

“We joined the Let’s Go Cruisin’ crew and have loads of fun at all their family-friendly outings. I also need to mention the guys at JPS Panels and Hallam Performance, who’ve been great. And I have a couple of great mates who help me with the car and I’d like to thank them.” 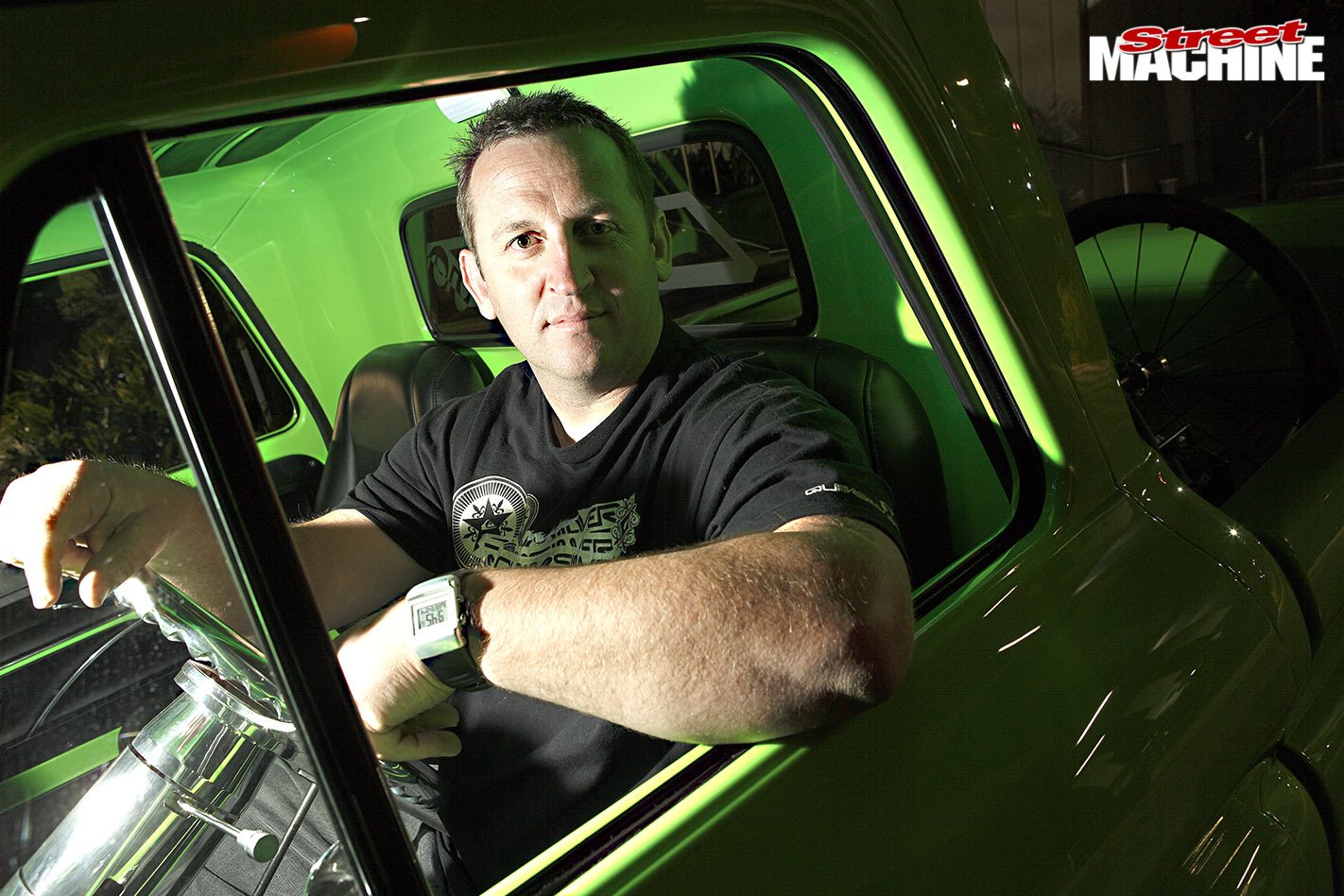 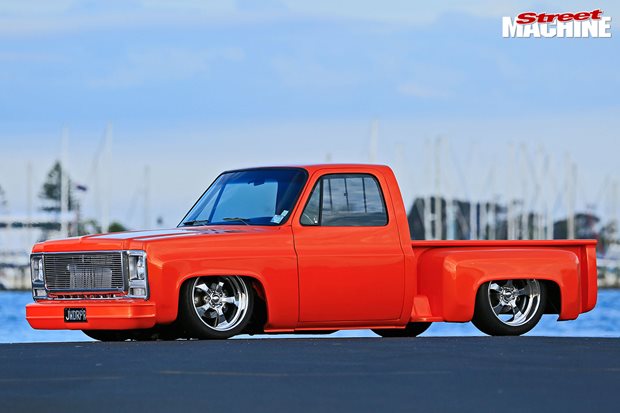 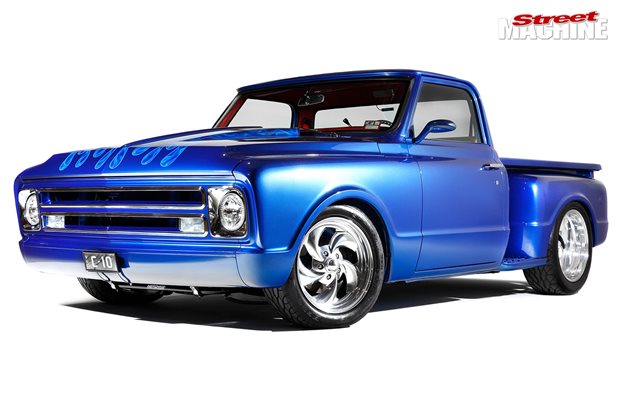 A C10 step-side that’s a cut above the rest – what else would you expect from a street machining superstar? 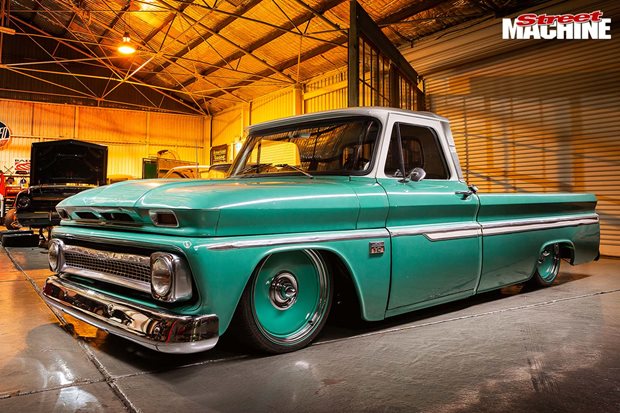 Andrew Cresswick's Chev C10 pick-up might look low 'n' slow, but it packs 540hp worth of grumpy LS3 to burn critics at will