Nicole Bridge’s ’66 Mustang oozes character. The faded writing flanking its sides draws you in, then gives a whopping hint as to its heritage as a Can-Am series pace car. 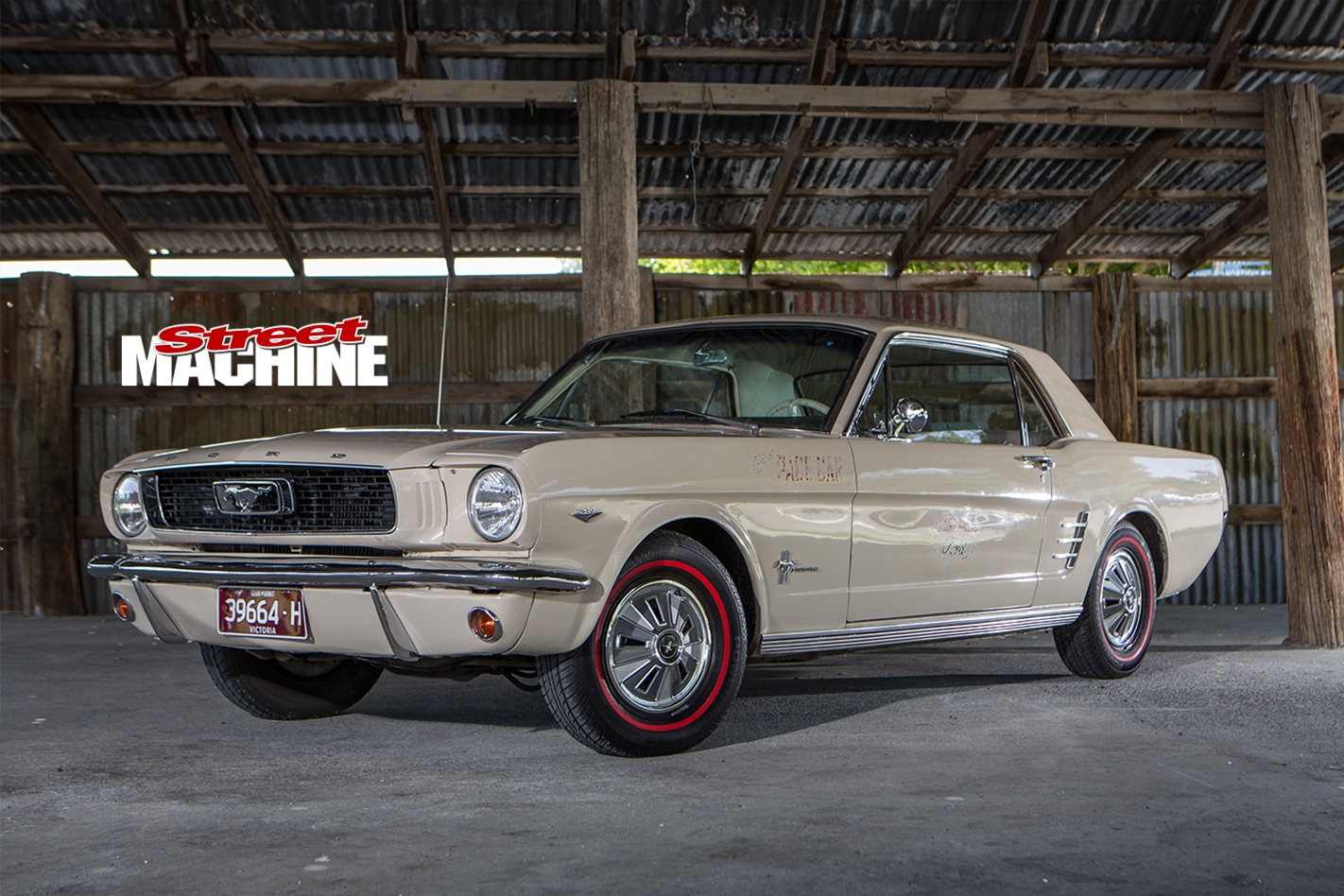 I was chatting to my mate, Ash, and mentioned I was after a Mustang. He suggested I look at his dad’s car. When I saw it, I loved it. It all fell into place. 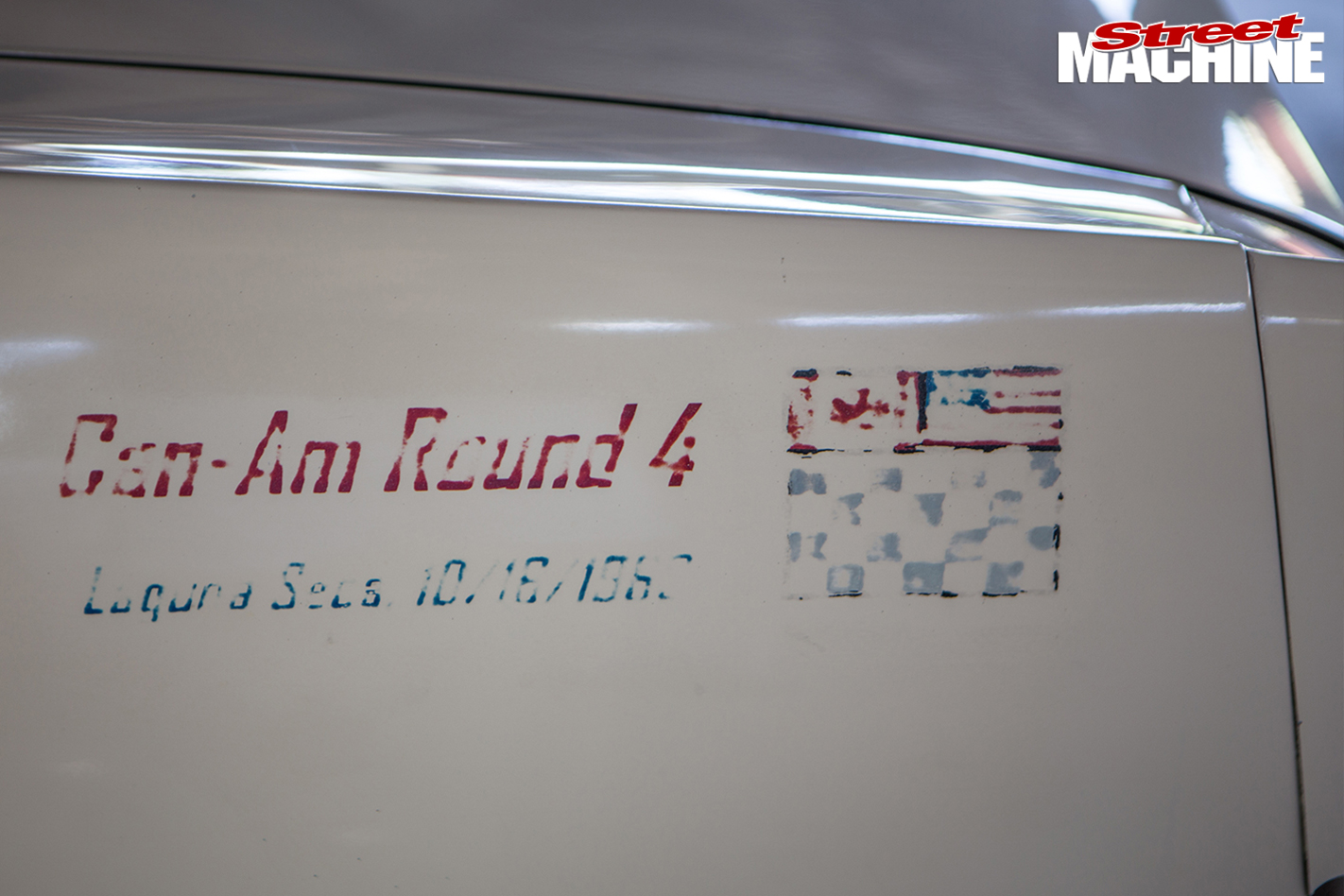 What’s painted on the panels?

In very faded writing there’s the track name, series, round and the date it was used – 10/16/1966. On the door is the sponsor dealership, Salinas Valley Ford, which still operates today. 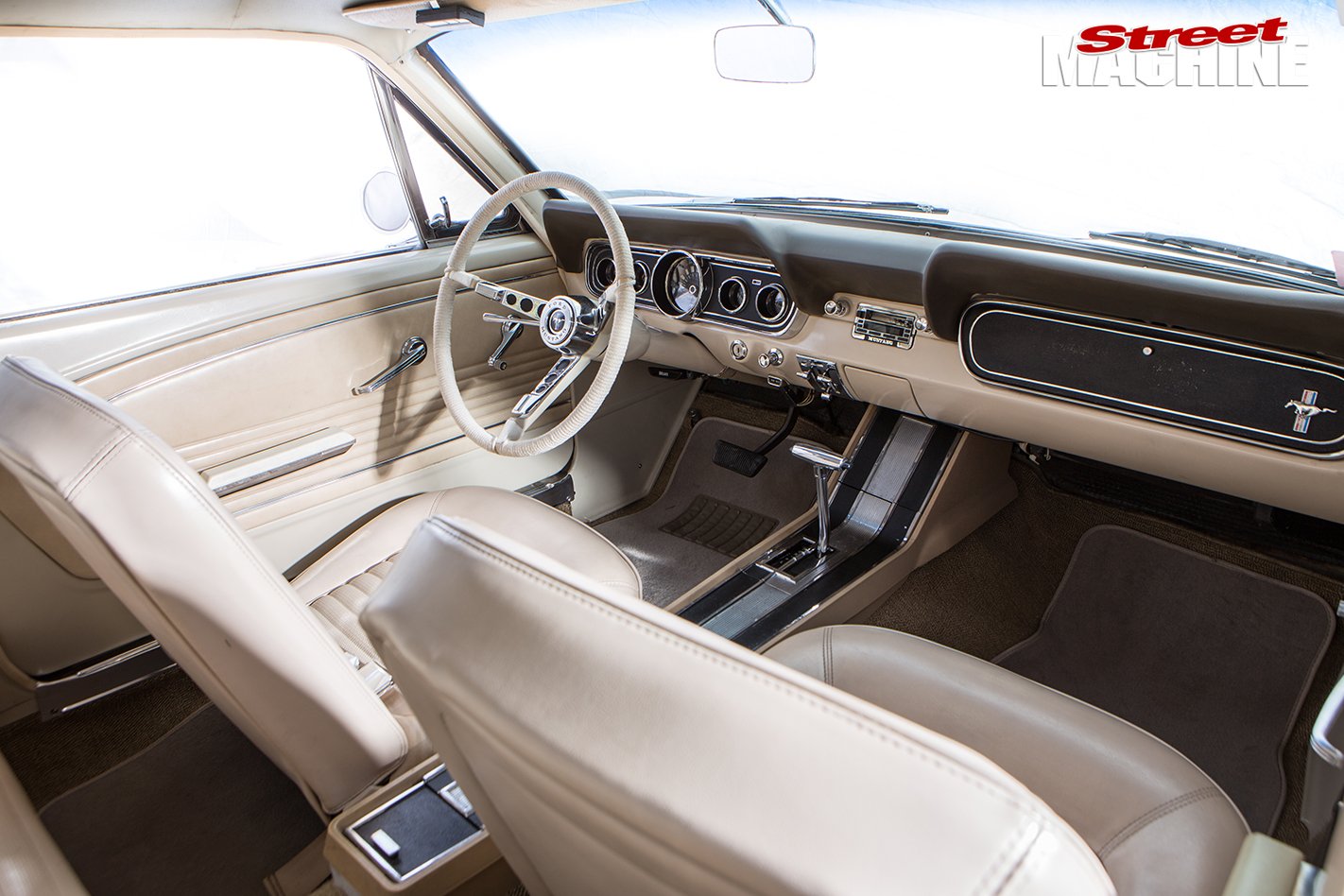 You don’t often see that colour on a ’Stang.

It’s Sahara Beige with Parchment interior. I guess it’s not a desirable colour. Paint is mostly original, though I believe there are touch-ups to the bonnet, roof and bootlid. 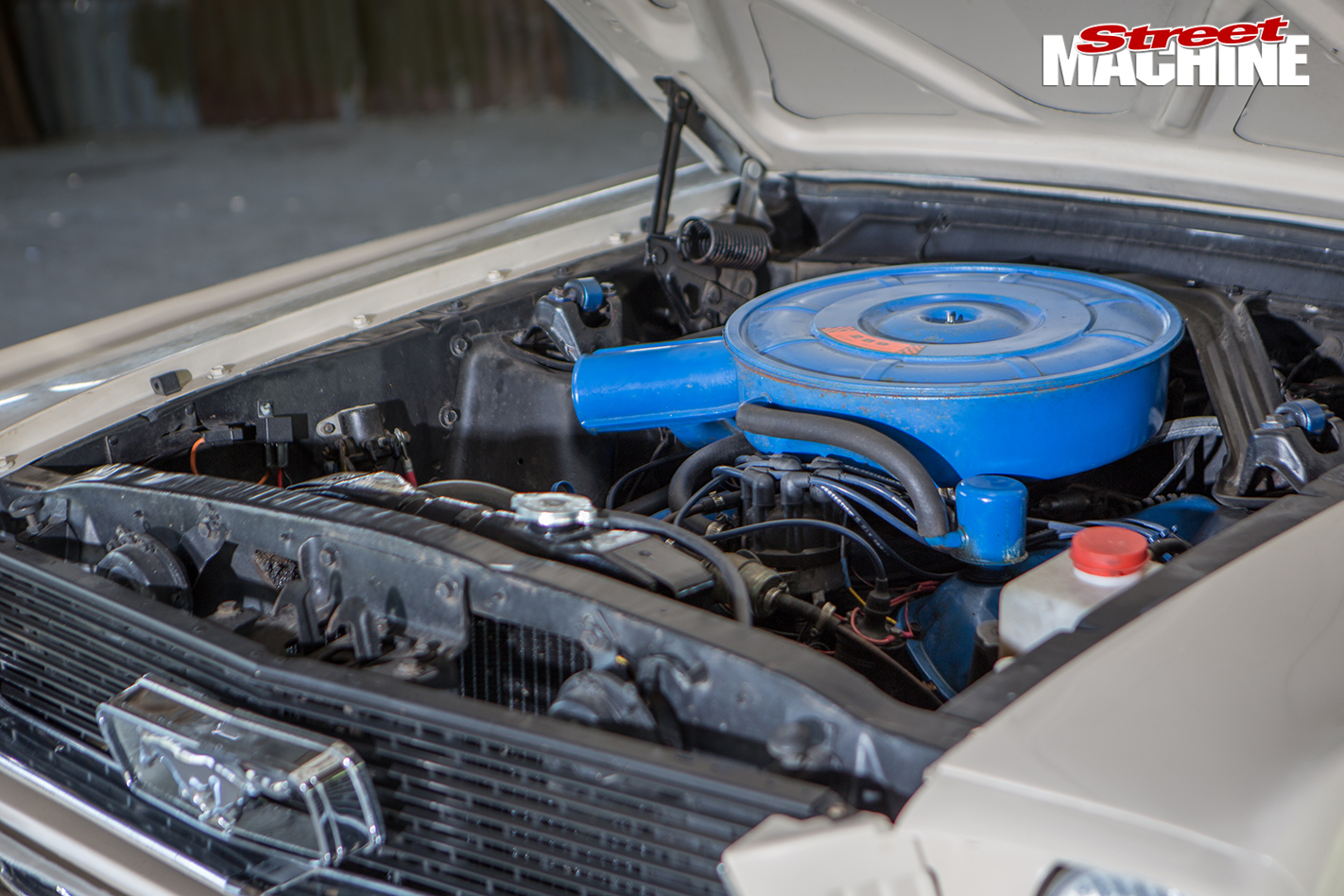 The stock, original C-code 289ci with all the standard running gear. It’s a 49-year-old motor; I can’t imagine today’s engines still running in 49 years’ time! The 289’s a bit tired but it’s not about going fast. I say to my boys: “You can have fun just cruising.” 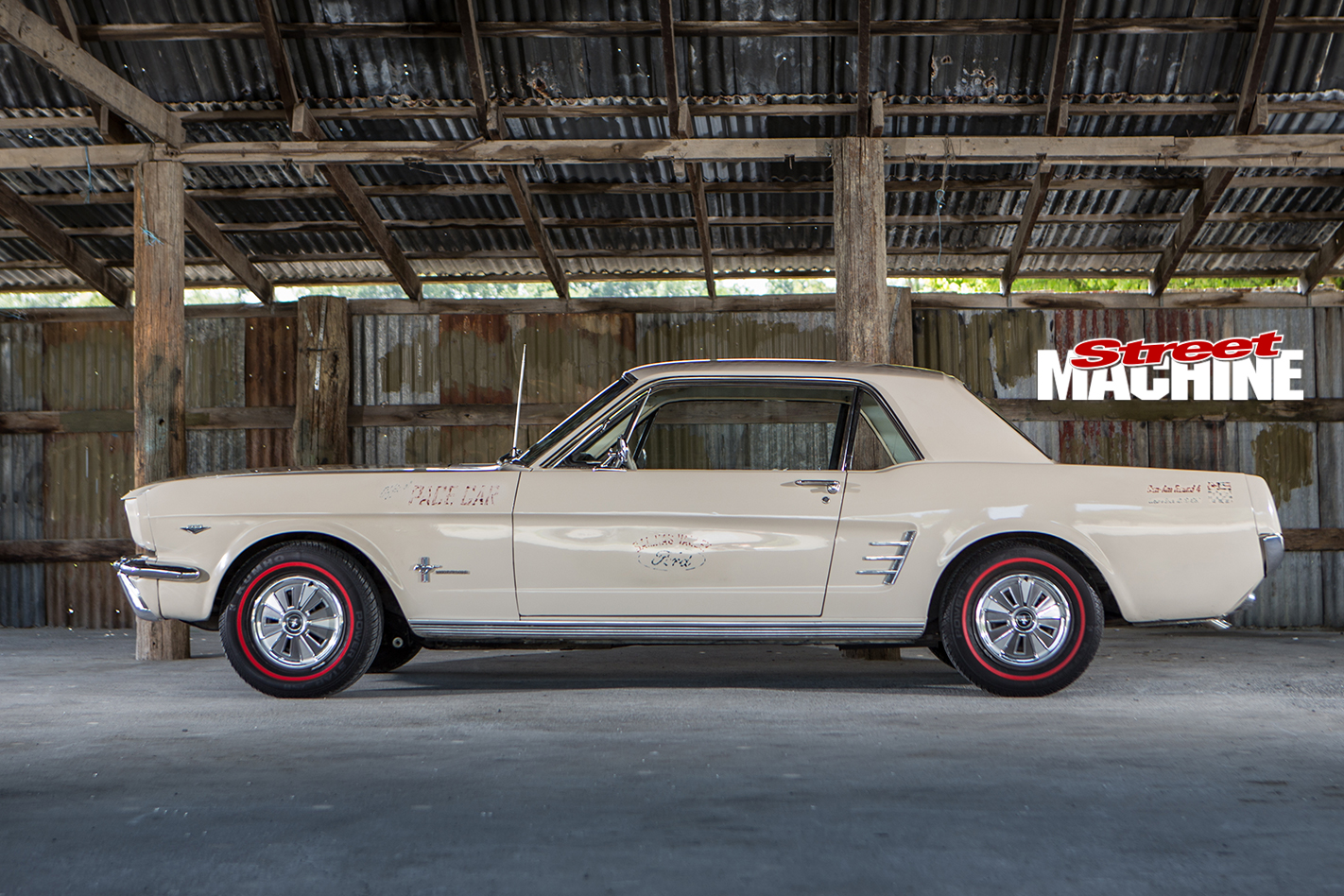 Growing up with my brothers in Shepparton we were always around the car scene. They’re into Fords and Dad’s into Chevs. I remember going to a car show in my early 20s and liking the shape of the old Mustangs. 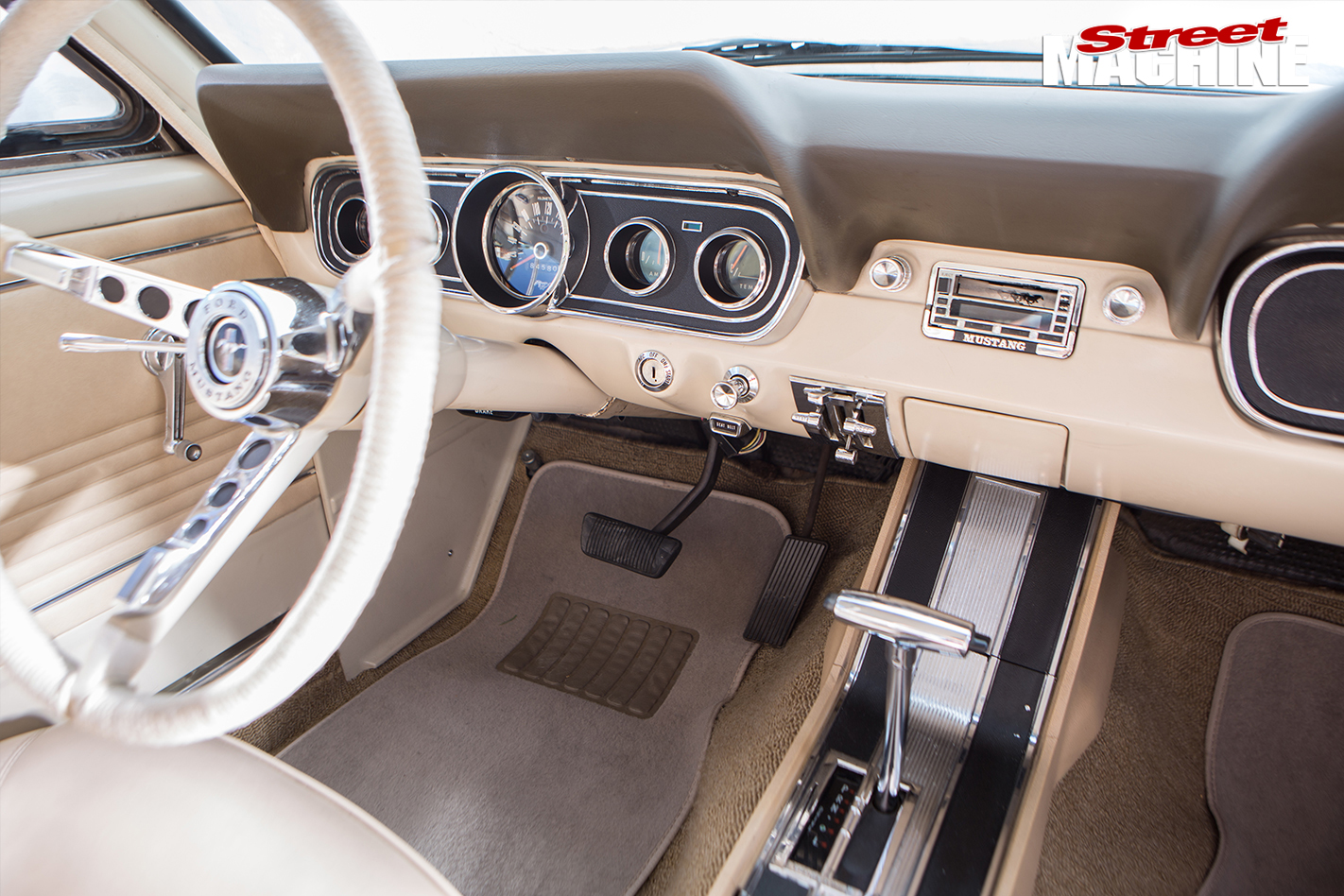 What do your kids think?

My boys Jay and Hayden love it. I bought it for us as a shared hobby. We cruise together and go to car shows, so they’re enthusiasts as well. Seeing their smiles when they’re cruising is fantastic. 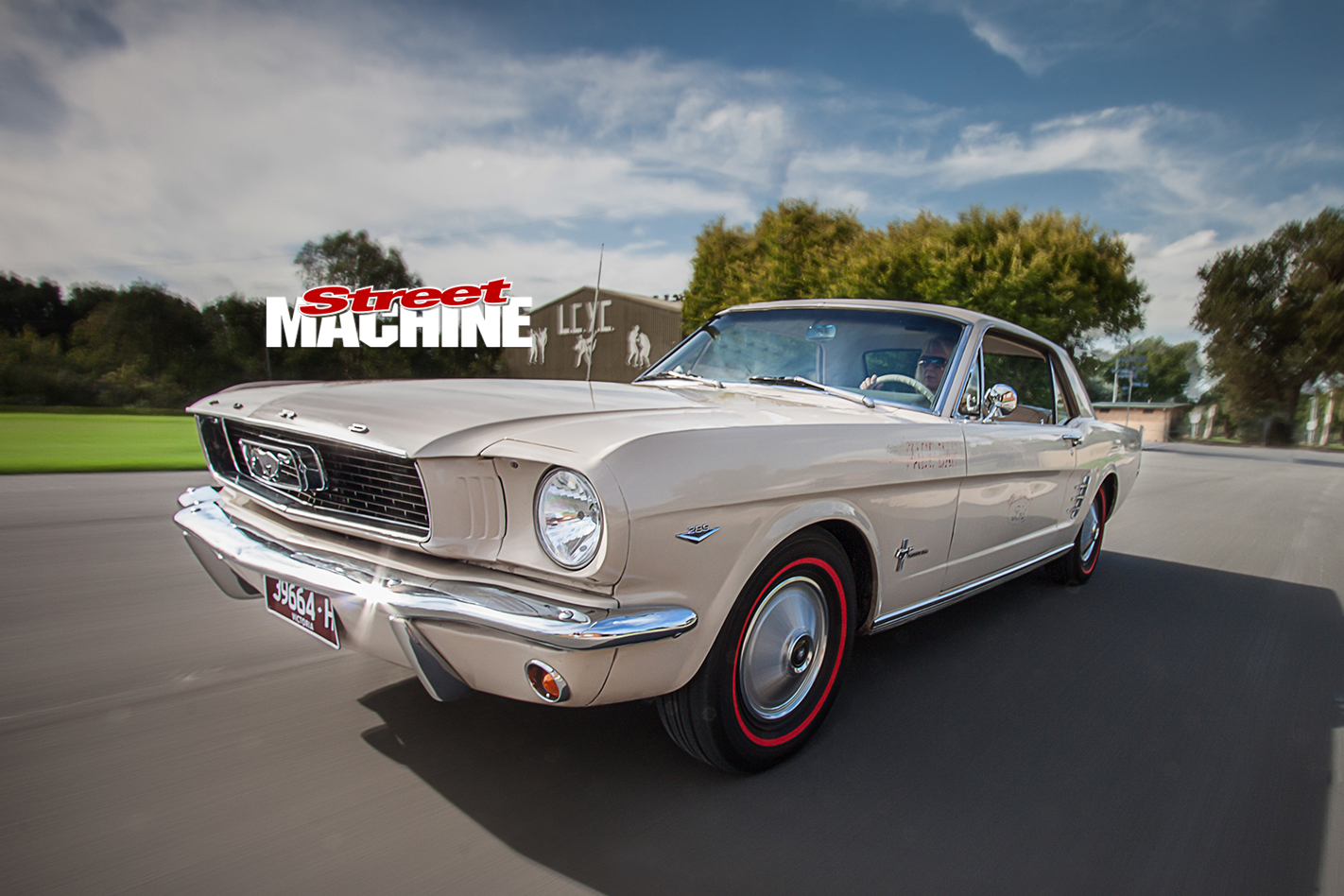 I get itchy feet if I don’t take it for a spin at least once a week. What’s the point of owning a Mustang if I don’t use it? It’s so reliable and easy to drive. Plus I get to see the bewildered looks some people have when they spot a woman behind the wheel. 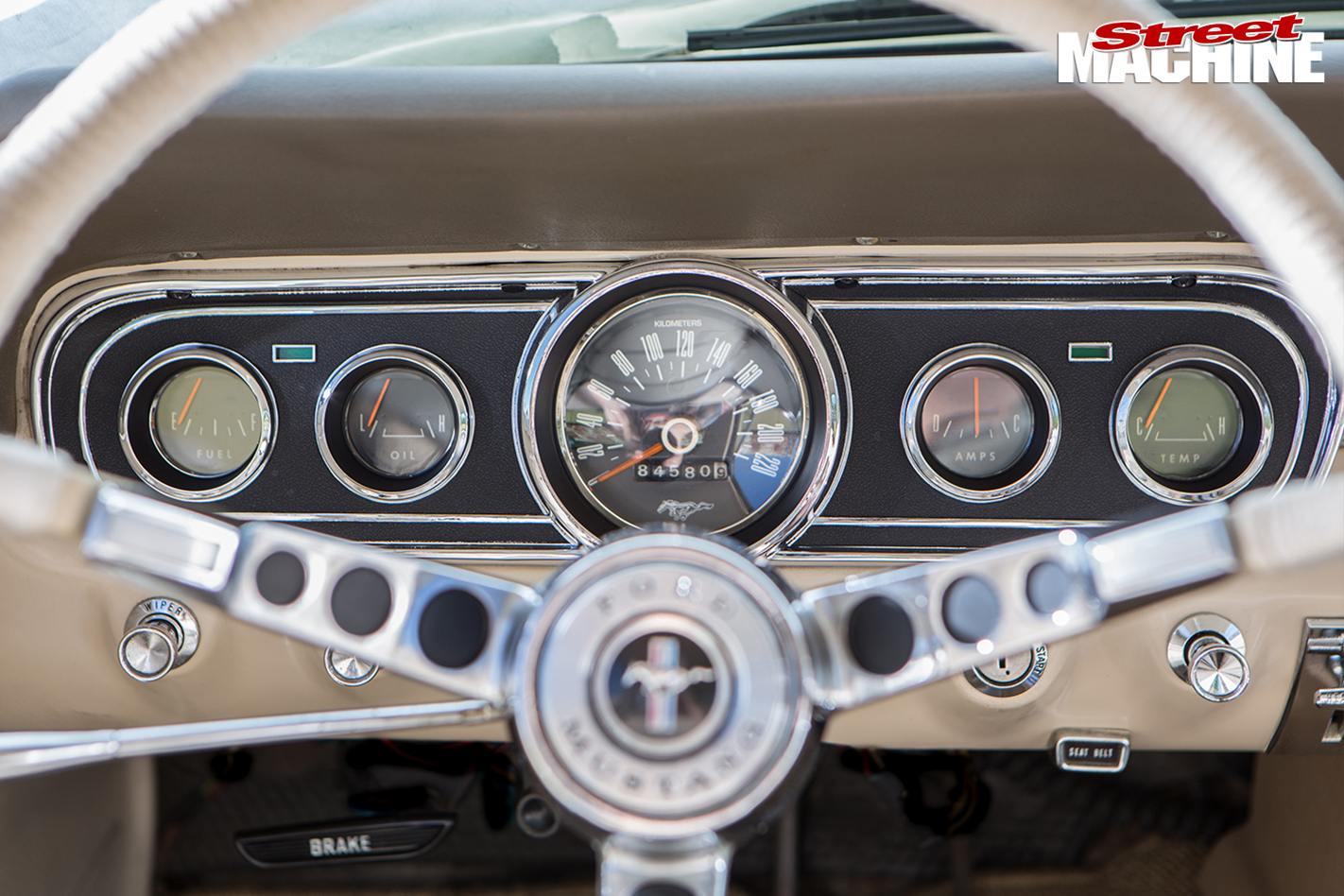 What are your plans for it?

At the moment I cruise and attend small shows with the Wandin Customs & Bike Club. I’ll leave it original as I like the nostalgic look. It’ll be a forever car; already my eldest son has his eye on it and he has a few ideas! 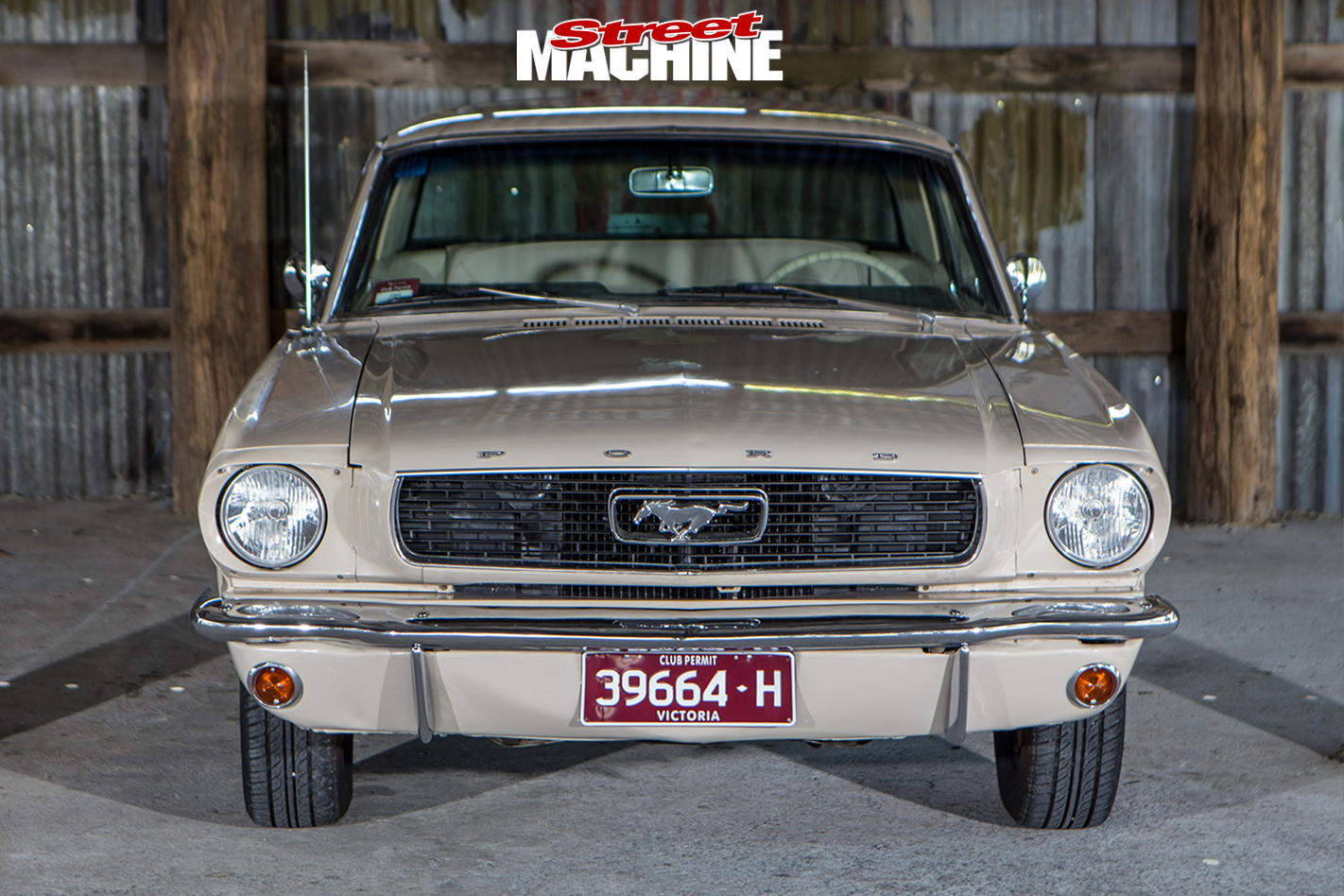 Everyone pitches in and works on the car for me, so I’d like to thank Jay and Hayden, my close friends and family, and my partner Mick [of Exhaust Fix, Lilydale] who made it possible for me to own my Mustang. 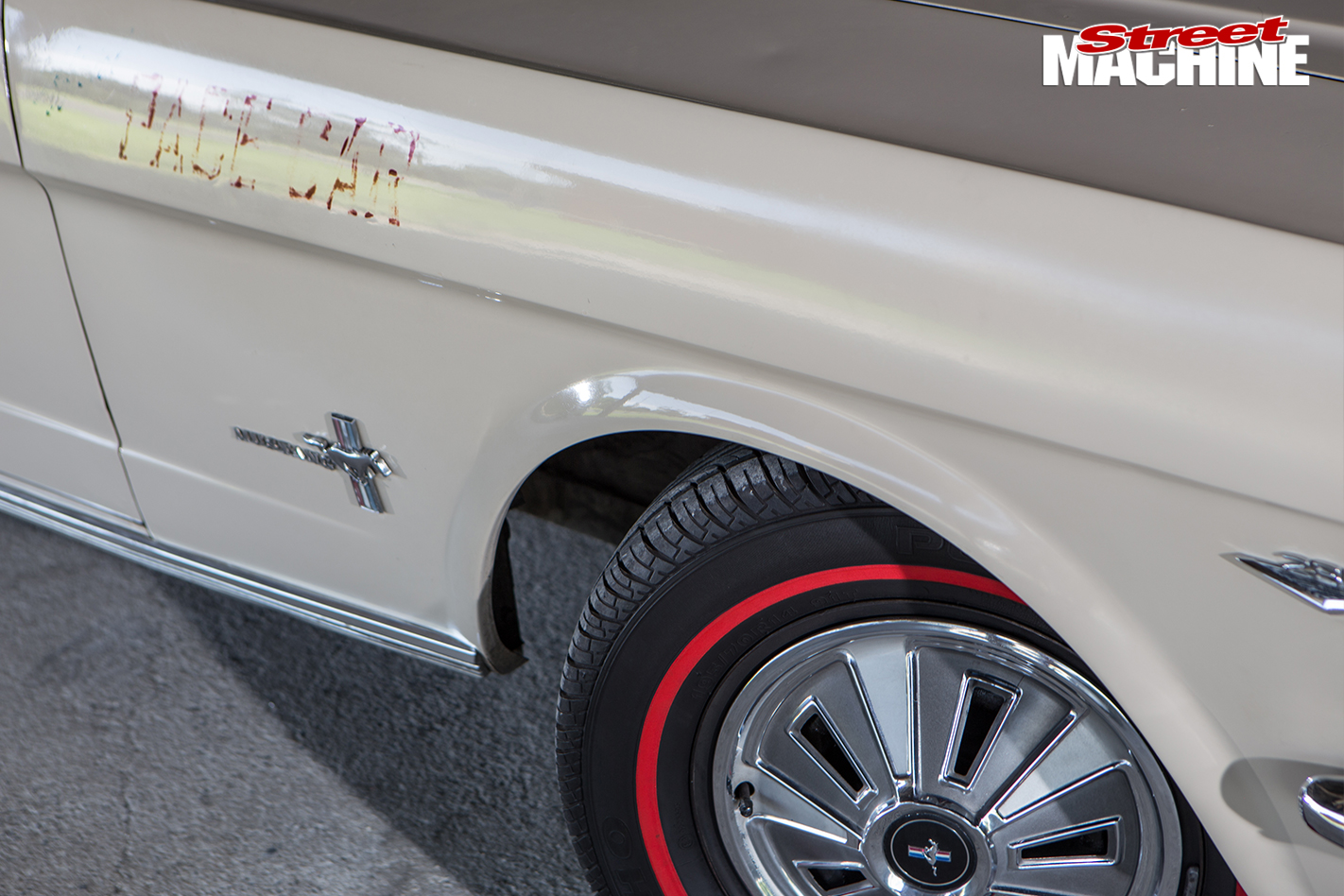