Melissa Davis was born into a family of Ford nuts, so it was a no-brainer that she’d become one herself. As a newly single lady, the 32-year-old interior designer and personal trainer has been cruising her sweet ’66 XP Fairmont more than ever. 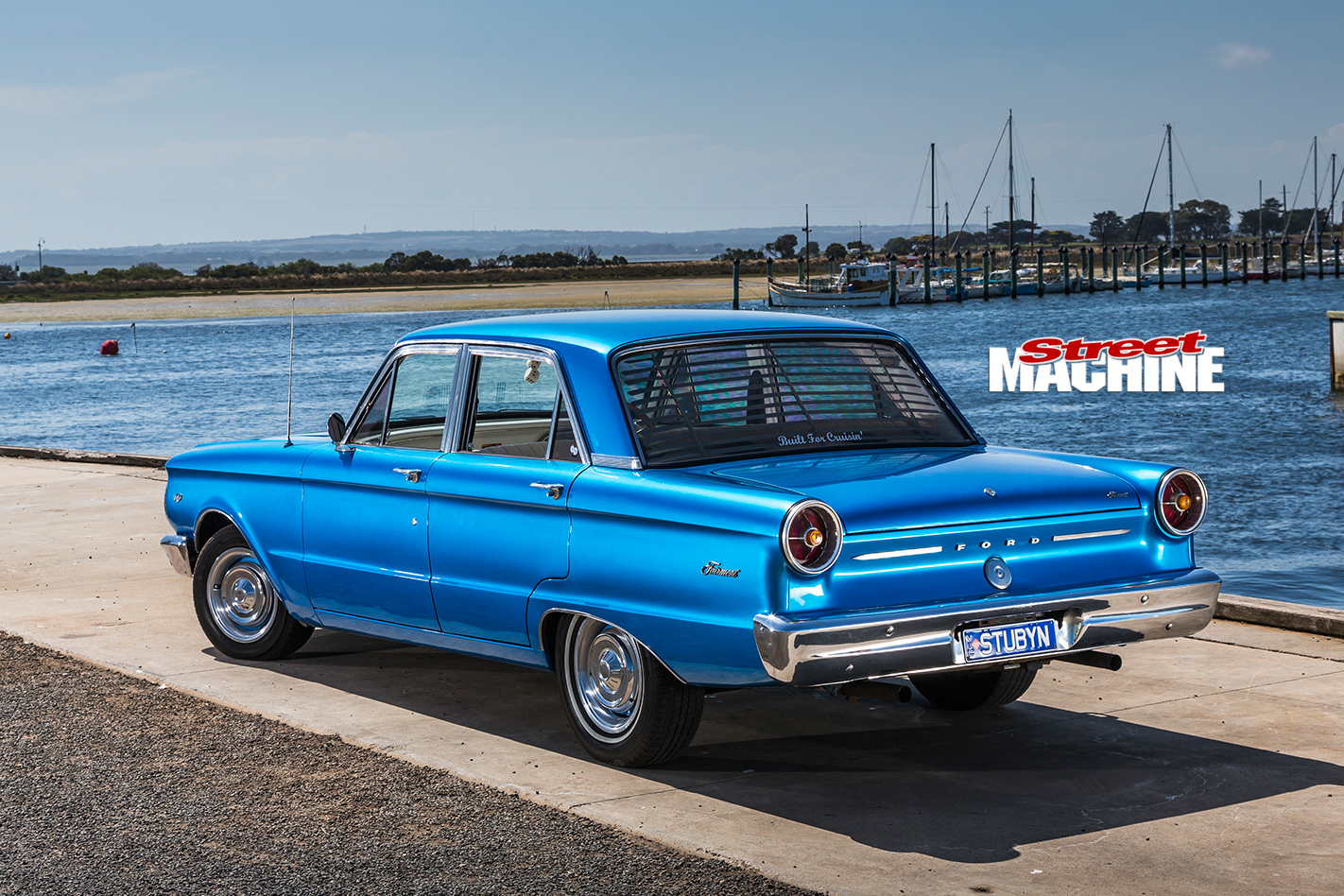 Rad XP! Tell us a bit about it.
I had wanted an XM or XP since I was 16 years old. A close family friend had one when I was growing up; he was like the brother I never had. I was 19 years old when I bought this as an all-original second-owner car. It was metallic silver-green with a beige interior, bucket seats, 221ci six and a column-shift auto. Thankfully the body was straight and fairly rust-free. But I’d always planned to modify it. 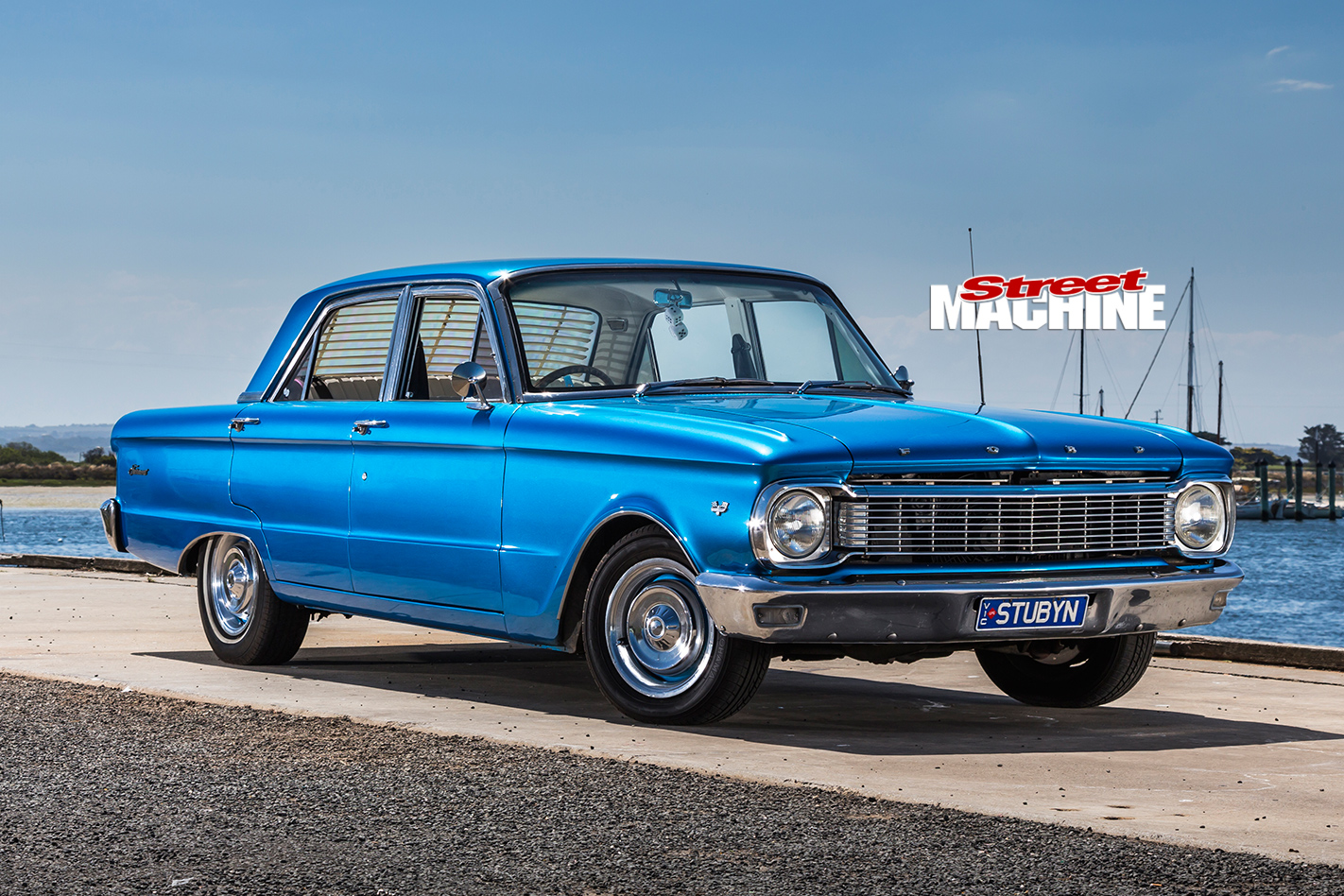 When did you start swinging the spanners on it?
After about a year my dad Neil and I rebuilt it. I really enjoyed the hours we spent in the shed together. He’s a fairly well-respected auto-elec, so he would do work for people in exchange for something done on the car. Part of that included the re-spray in Blueprint blue. 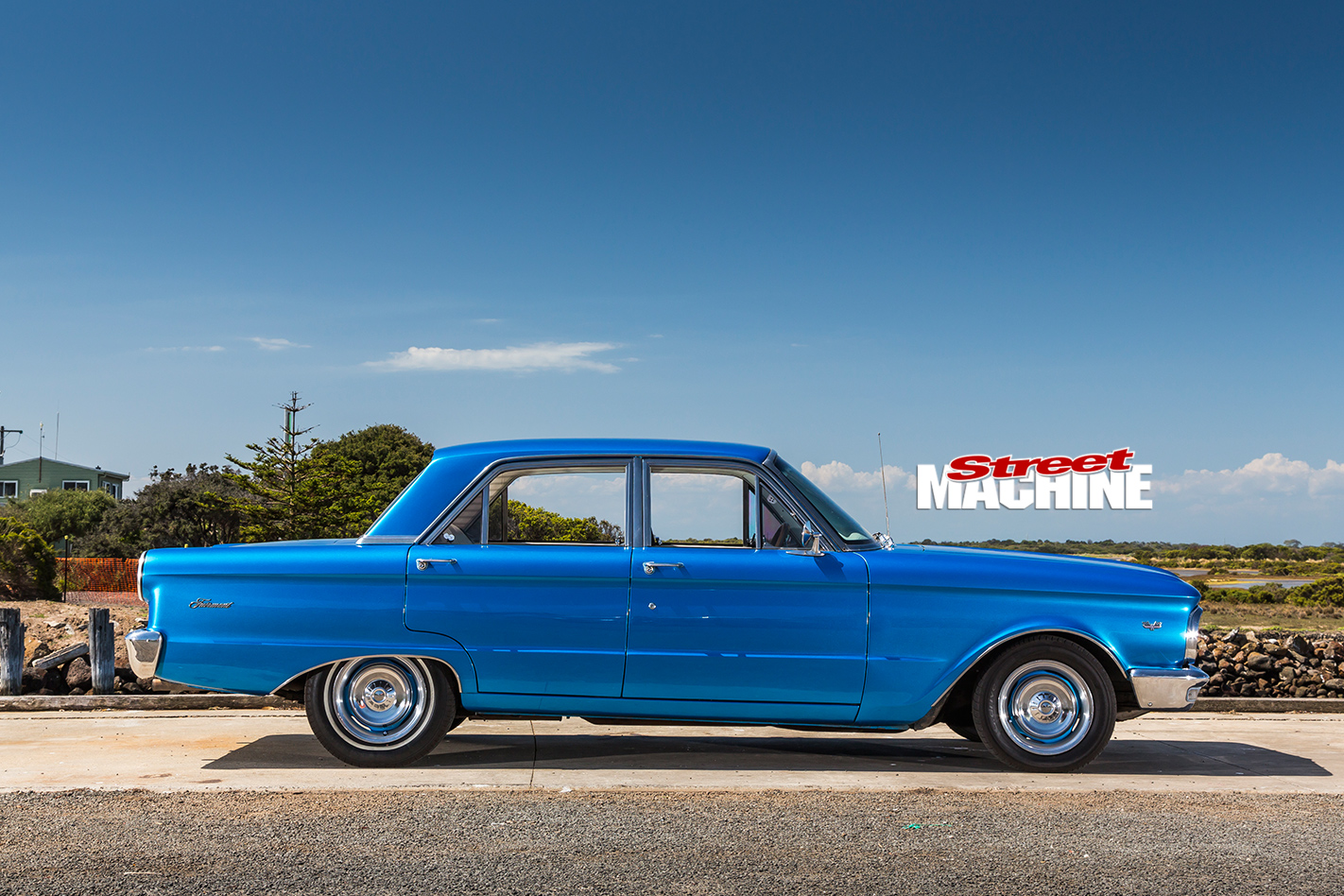 How hands-on were you during the build?
I helped Dad with laying the carpet, bleeding the brakes, working on the chrome – all of that sort of thing. I planned it all, as I wanted a modern colour with a contrasting white interior but the classic look of the original hubcaps and whitewalls. And by adding an XM/XL bench seat into a Fairmont, it’s unique; it could well be one-of-a-kind. Once it was complete, Dad took it to the previous owner and showed him what we’d done. He offered to buy it back from me for what I paid him. Ha! 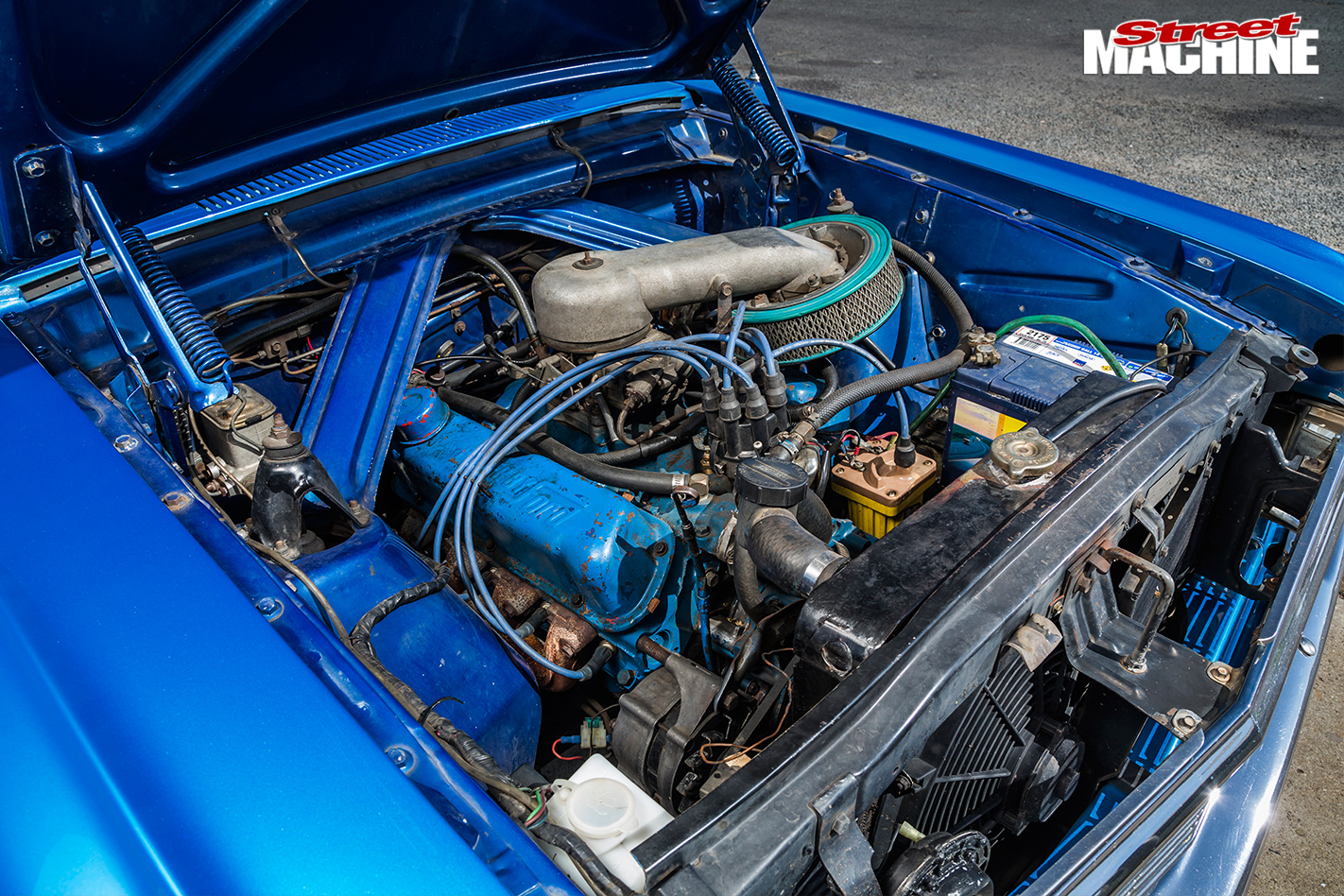 What’s it running now?
It’s a stock 302ci Windsor – which was part of my 21st birthday present! I blew the auto so we replaced that with a C4 through the floor and added an eight-inch in the rear. 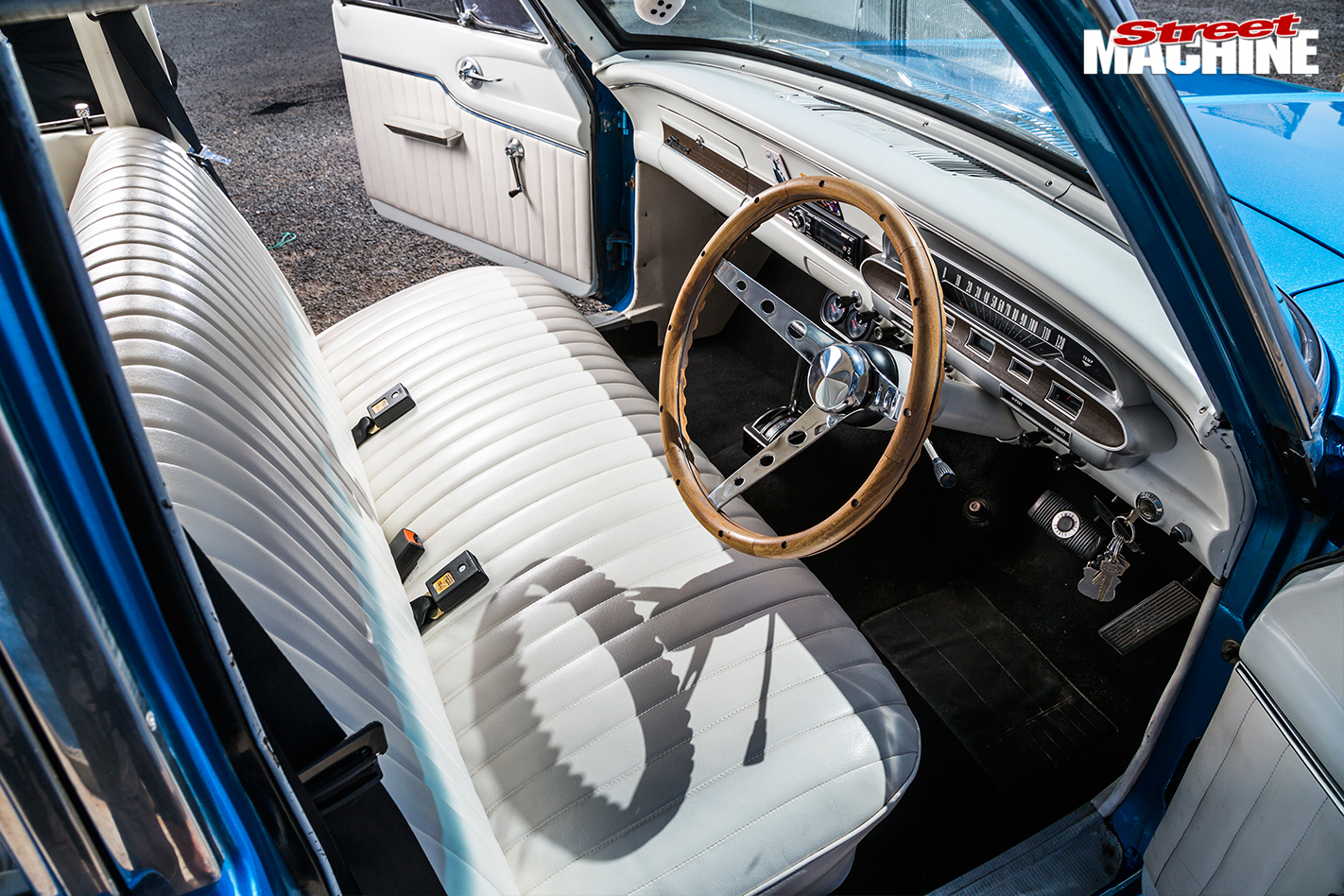 So is the whole family a pack of revheads?
My pa had a hot rod when Dad was growing up, so Dad’s always been into cars – he currently crews on Norm Hardinge’s salt car, and has a Model A roadster and another project underway. Mum has a ’65 Mustang as a daily driver and my sister has an XR and was also an SM Iron Maiden. For me it’s a way of life – I wouldn’t have it any other way. I’ll have the XP until I die.