IF SIMON Bonello had been born with a scalpel in his hands, he’d have been a brain surgeon.

But, as it turns out, he was born to use a spray gun and he’s a painter. He has the precision of a surgeon in his painting skills, which makes it very surprising to learn that he works as a spray painter for Daihatsu Australia. Sorta like feeding strawberries to pigs. 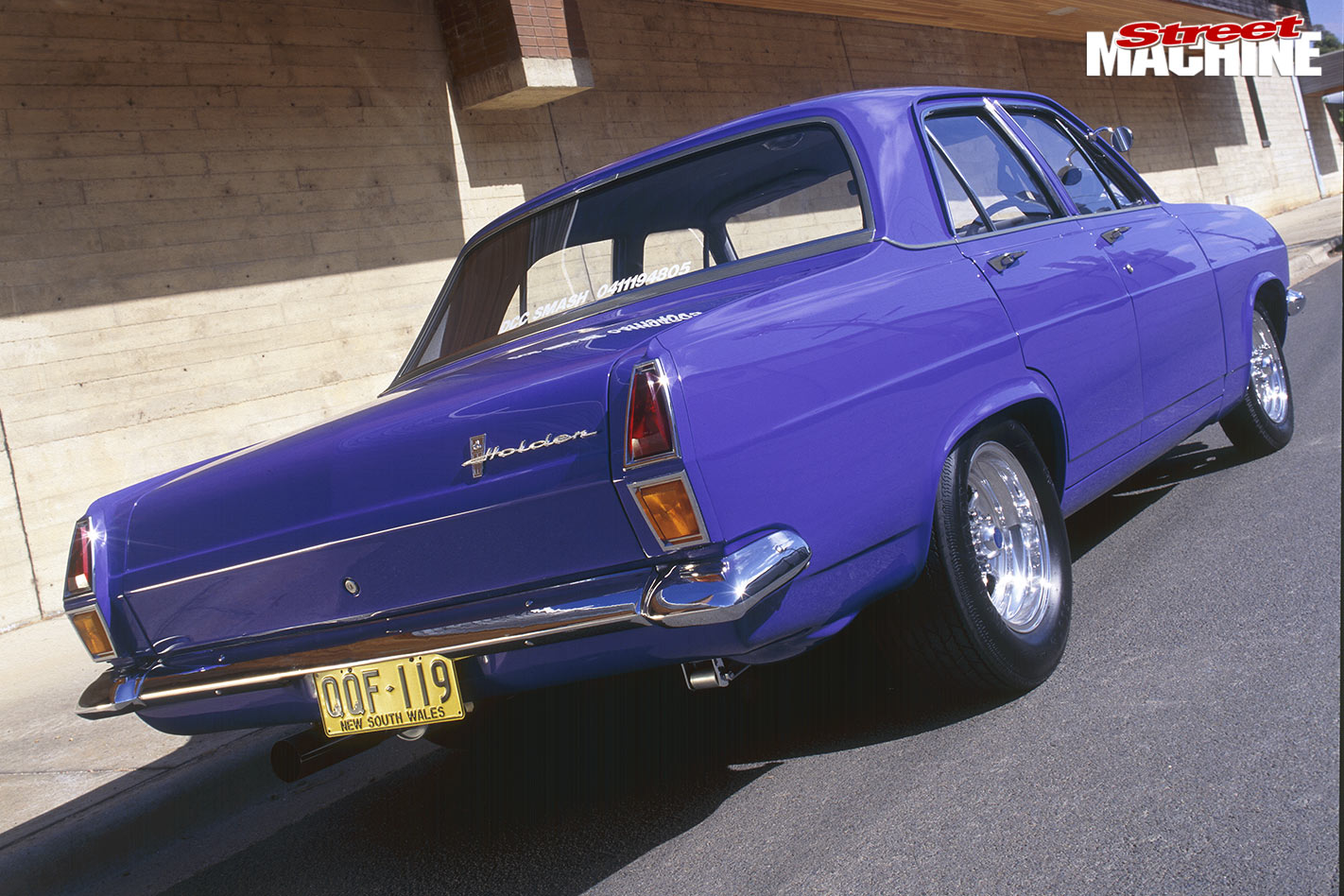 This ace of the spray gun fixes cars that have been damaged and dented in transit, so getting Simon Bonello to do a respray on a stock Charade is like asking Larry Perkins to tune-up a clapped-out four-pot Commodore.

At least the judges at Summernats 10 didn’t overlook Simon’s prodigious talent. When Simon’s sensational hot-six HR rolled into the judging hall in Canberra, his surgeon-like skills were evident in every detail. The car was so fine, it jumped a queue of quality contenders to make the prestigious Top 10 – impressive stuff for a six-cylinder 100 percent streeter making its debut in the hallowed EPIC hall. 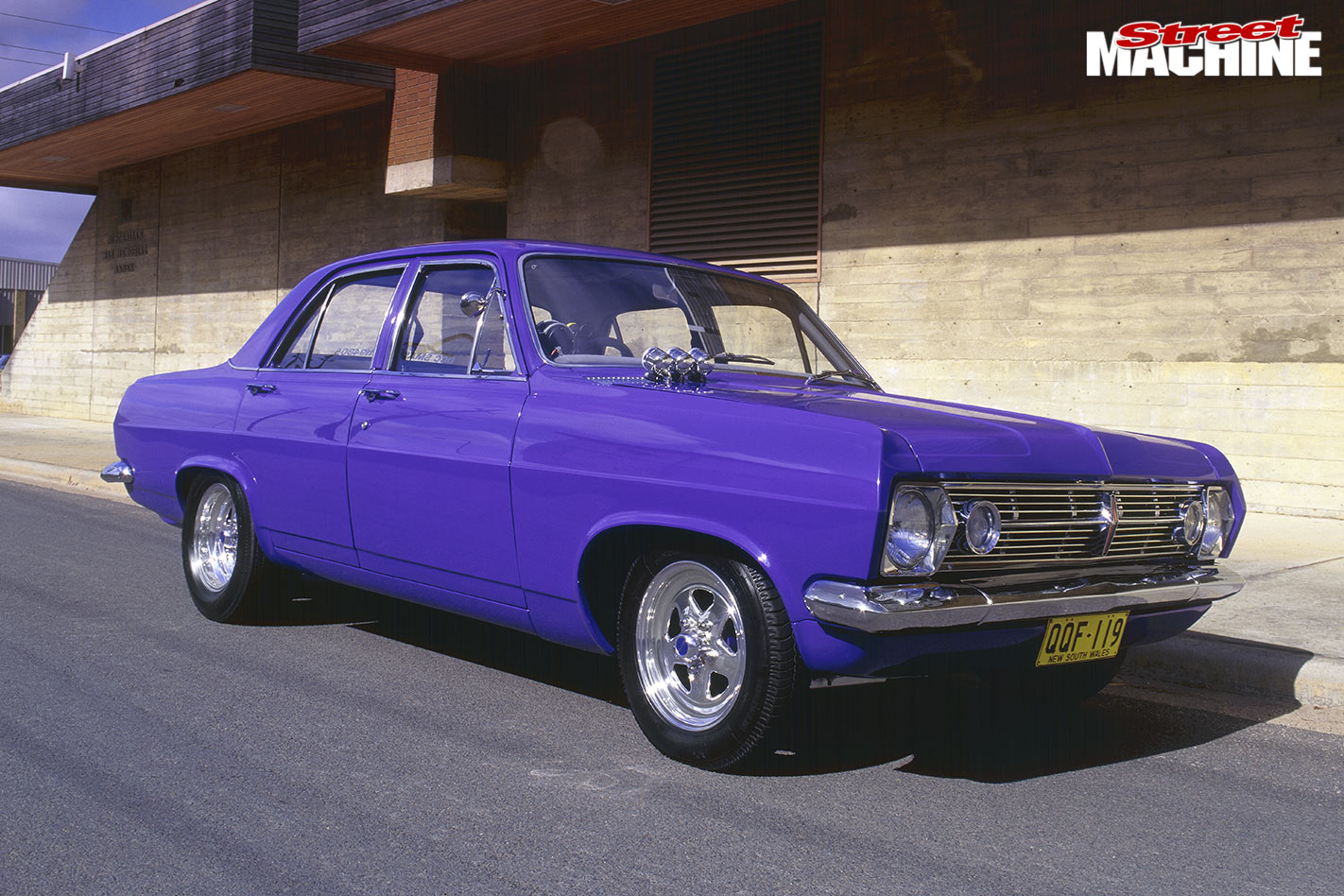 “Never again,” Simon told us after spending more than three years on his HR work of art

Simon reckons street machines should be just that – street machines. “I respect the top cars at Summernats but I reckon they should at least be street-driven,” he says. “That’s what these cars are all about – driving. Anyone can build an ornament.”

Simon built the HR in the backyard at his home in the Sydney suburb of Smithfield with the help of Noel Dingli, Steve Zammit and Daniel and Sam Fenech. And the patience of his wife Susan. “The car is something I’ve wanted to do since high school,” he explains. “I couldn’t afford it back then but I can afford it now.” A pause. “Actually, I really can’t afford it now.” 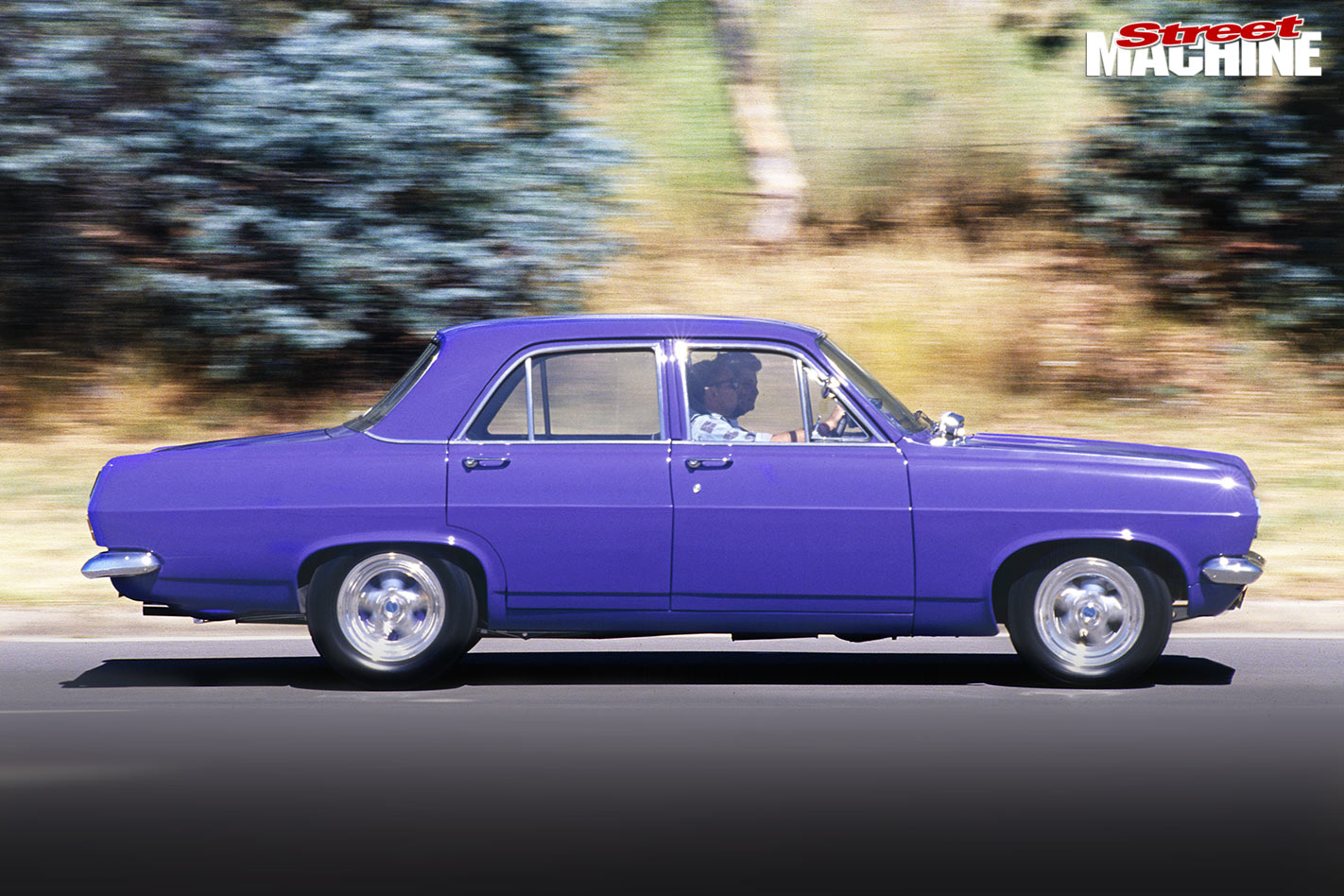 It took Simon three and a half years and around $30,000 to turn rolling wreck into raunchmobile, destroying the theory that you need six-figure sums or a fat sponsor to play with the big boys. And it was worth every drop of sweat, according to Simon. Take a look around. Finely crafted embossed light-grey velour on the door trims, sun visors, kick panels and parcel shelf. The once-wrinkled floorpan took four months of intense work to bring to immaculate condition. And the original stamping lines are still there, just as it rolled off the assembly line in 1967.

All the badges, apart from the one on the boot, were removed, the holes filled, panels smoothed and gaps painstakingly aligned before the rich home-brewed violet skin was applied. Stick your head on the ground and you’ll see the 3.9:1 Banjo diff and Powerglide tranny sparkling in coats of steely silver paint. 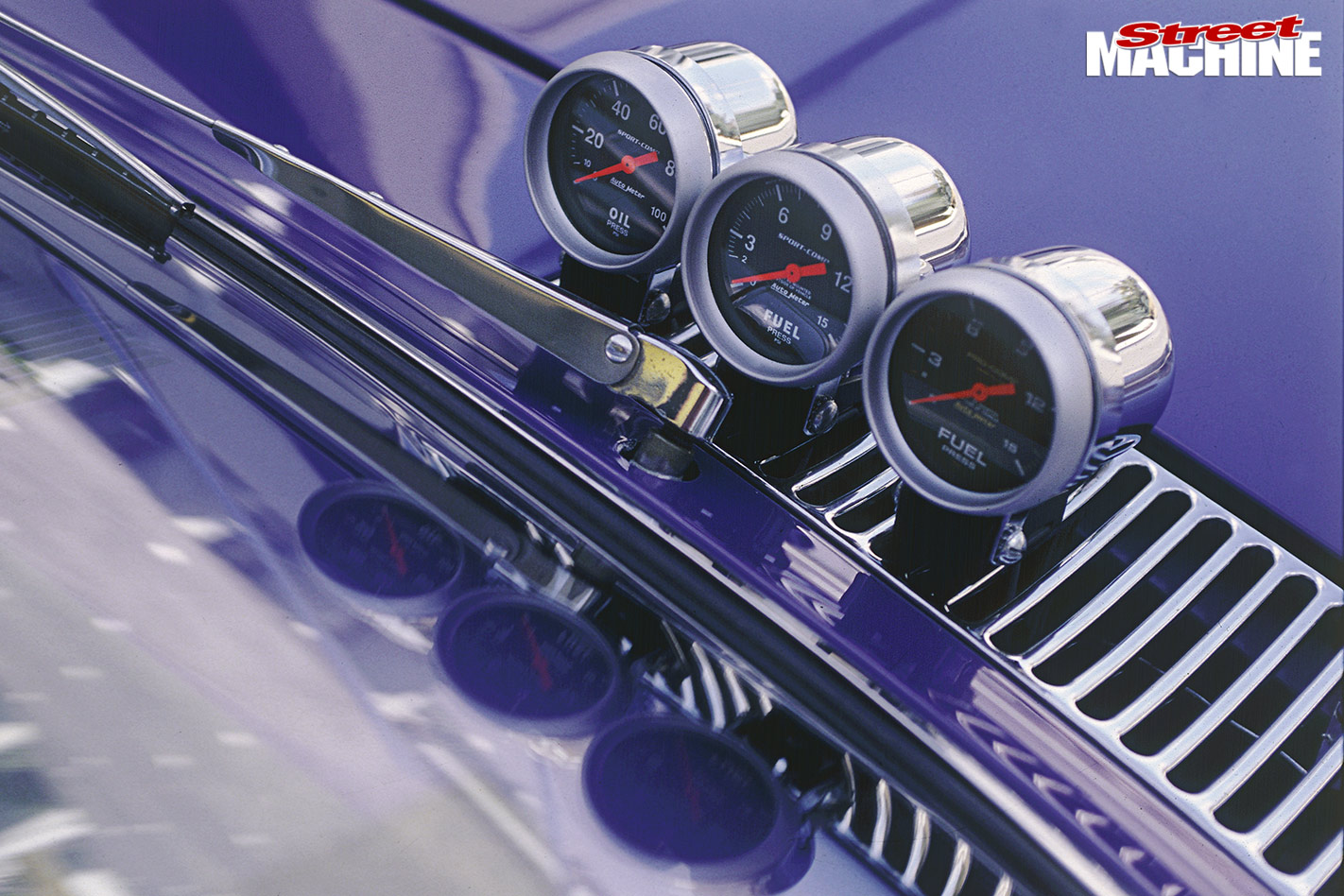 It might sound like a cliché but when Simon says he chromed every single nut and bolt on the car, he means it – even the tiny bolts and screws on the triple Webers, despite the huge risk of losing them. Like we said, detail.

Simon is a fair-dinkum, red-blooded Holden man. He’s already owned half a dozen: a stock LH Torana, an SLR look-alike, an XU1 look-alike, a restored EH, a 253ci V8-powered HQ Monaro and now the HR.

He doesn’t drive it often, but he does drive it. So far, he’s clocked up 1000 gentle kays – and a handful of less sympathetic ones at the drag strip. 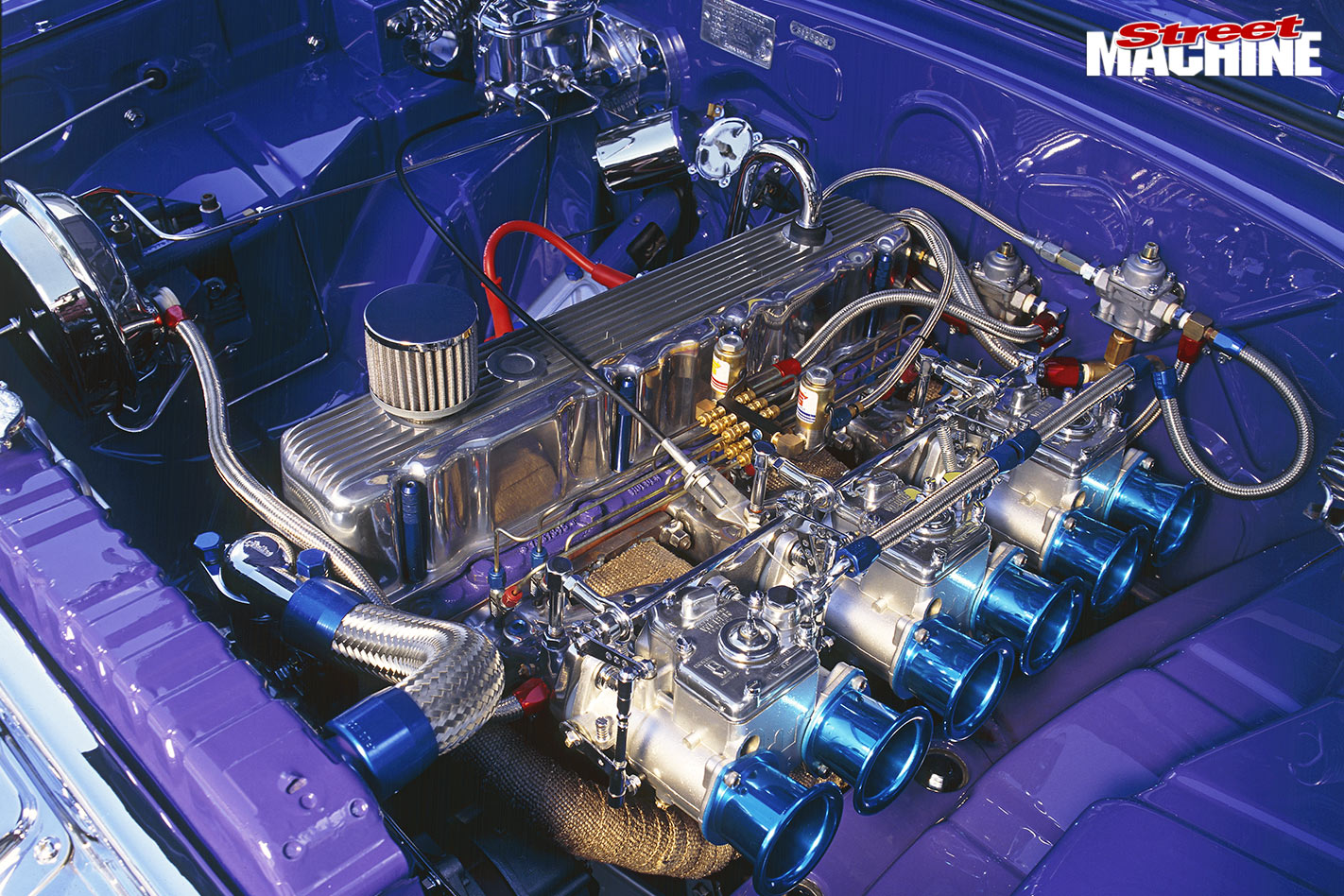 Unlike some other show ponies, this HR has the gallop to go with its gorgeous good looks. And Simon doesn’t mind giving it the occasional good strapping.

The superbly detailed 192-cube six-pack is filled with all the good gear, topped with triple 45mm Weber carburettors and force-fed nitrous via a 100hp NOS Fogger kit.

Three-inch mandrel-bent extractors get rid of excess gas, with a four-core radiator and thermo fan to help keep the sweat levels to a minimum. 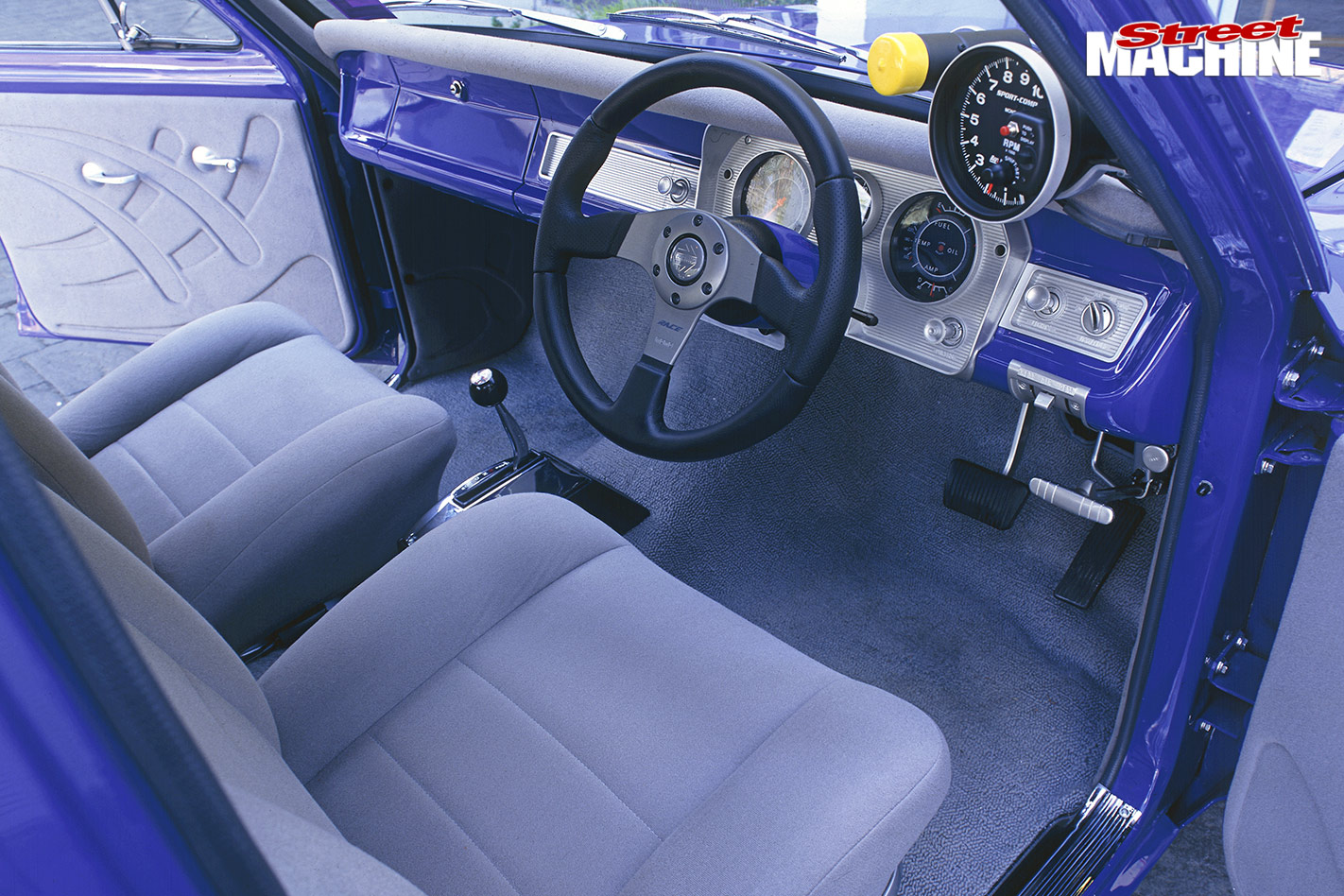 “But I wasn’t there to race,” he reckons. “I was there to chase a number. I was more nervous driving out onto the circuit than I was racing it. You never know who could run into it – there are some crazy people out there.”

For that reason Simon says he wouldn’t swap it, not even for an HSV GTS-R. “It’s worth too much to me,” he says. “Plus, my wife Susan would probably kill me!” 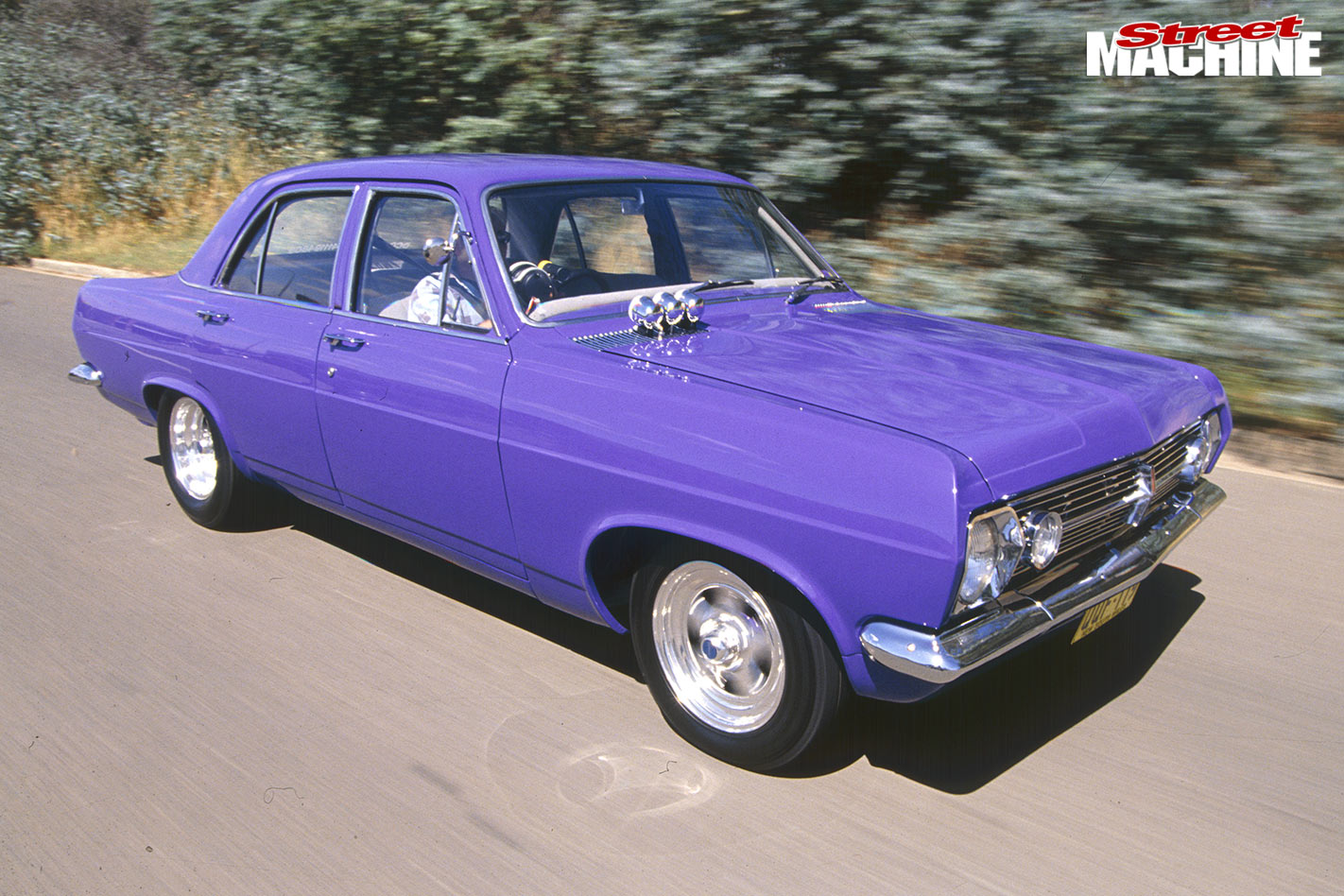 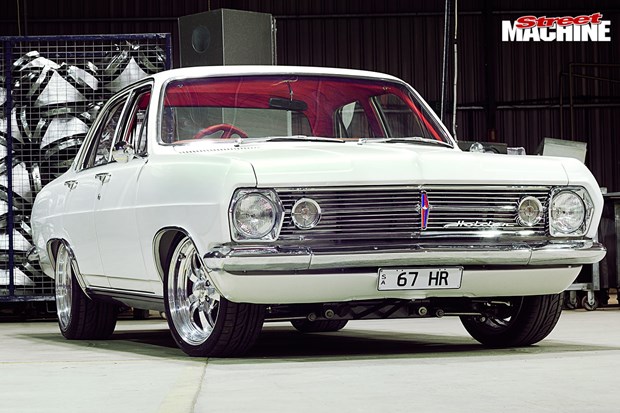