This article was originally published in the February 2015 issue of Street Machine.

The latter part of the 1960s was a time of swift progress for drag racing in the USA and Ford’s Mercury brand was at the forefront of the evolution. Quick cats with names like ‘Dyno Don’ Nicholson and ‘Fast Eddie’ Schartman were making all kinds of radical modifications to their sedans in the quest to get down the quarter-mile as fast as possible. Engine swaps, supercharging, alcohol fuel, altered wheelbases, straight-axle front-end swaps and eventually one-piece lift-off fibreglass bodies came out of what became known as the gasser era and saw the birth of the first funny cars. 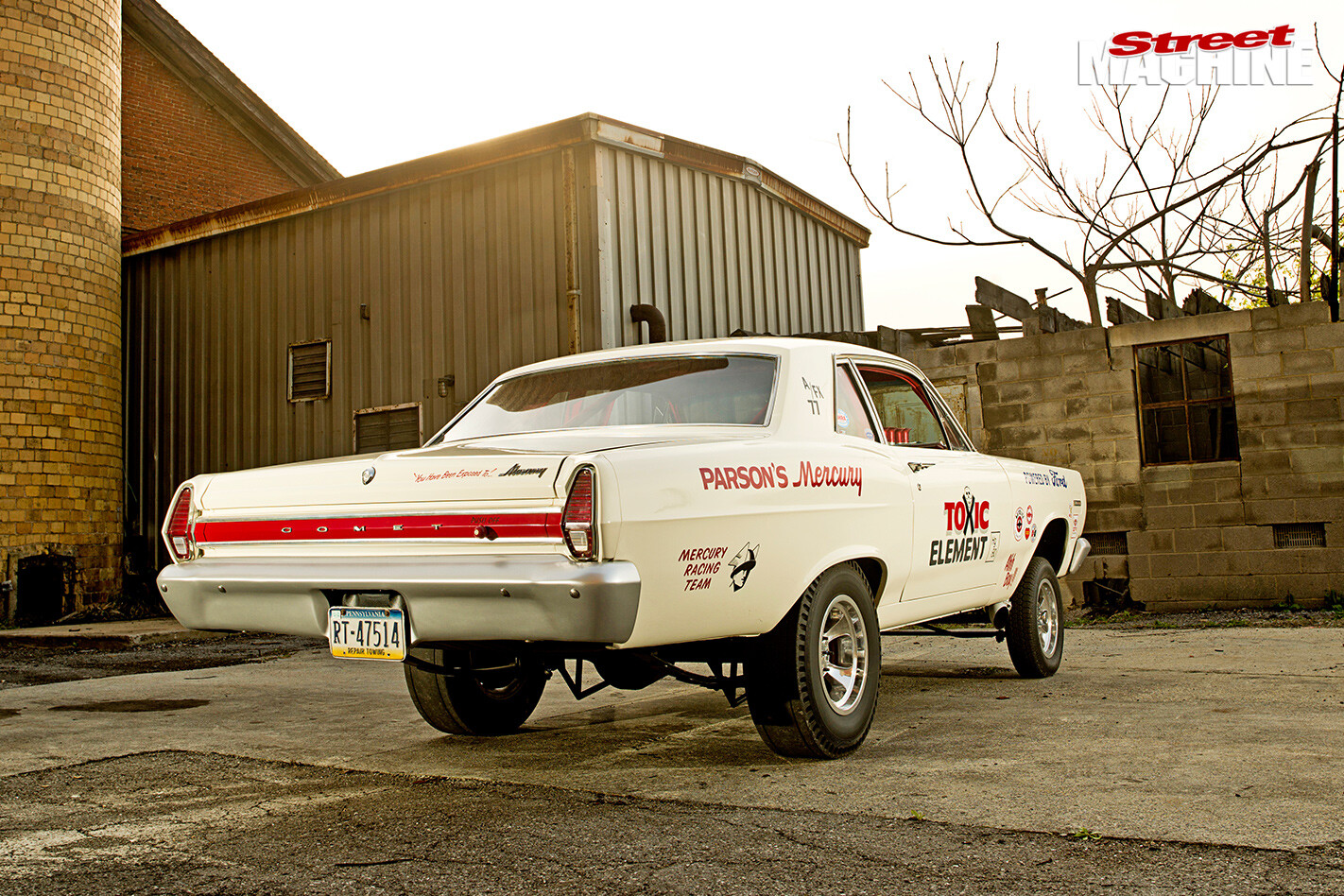 At this time Dan ‘Junior’ Parson was growing up in Pennsylvania and could only dream of owning and driving such wild automotive creations. More than 30 years later, as the owner of Junior’s Garage, he has been able to realise his dreams and create his own tribute to his gasser heroes in the form of this ’67 Mercury Comet.

Dan got his love of all things automotive from his father, Danny Senior, and particularly a soft spot for all things Ford. Mercury was of course a Ford brand that, like so many great names, is no longer with us. Production ended in 2011, the same year Danny senior passed on.

“My dad was the ultimate car guy, and I wanted to be able to take him for a ride before he succumbed to cancer. He passed away in June 2011, too soon for a ride, but he did get to see the car at the paint shop and give me the old, ‘Good job boy’. The ‘Ahh Boy’ painted on the fenders is an homage to my dad – it was his saying for everything, good or bad, and you had to hear the way he said it to know which way he meant it.” ‘Ahh Boy’ is also the rego plate on Junior’s pink and black ’56 Ford Victoria, another of 26 Fords in Junior’s  Garage at the time we spoke to him!

This ’67 Comet is a 202, the base model and different to the more recognisable Cyclone. Junior found it in a pretty beat-up state but it came with a truckload of parts and a rusty 1970 Ford Torino as well. Selling off the parts paid for the Comet and the straight axle front end, which was the first modification.

The straight axle front end is classical gasser. It raises the front of the car to aid weight transfer to the rear tyres when launched off the start line – simple technology for a simpler time. Speedway Motors has been in business since 1952, and was there when this set-up was the all the rage. It sells this complete straight axle set up for people like Junior building gasser race and tribute cars. 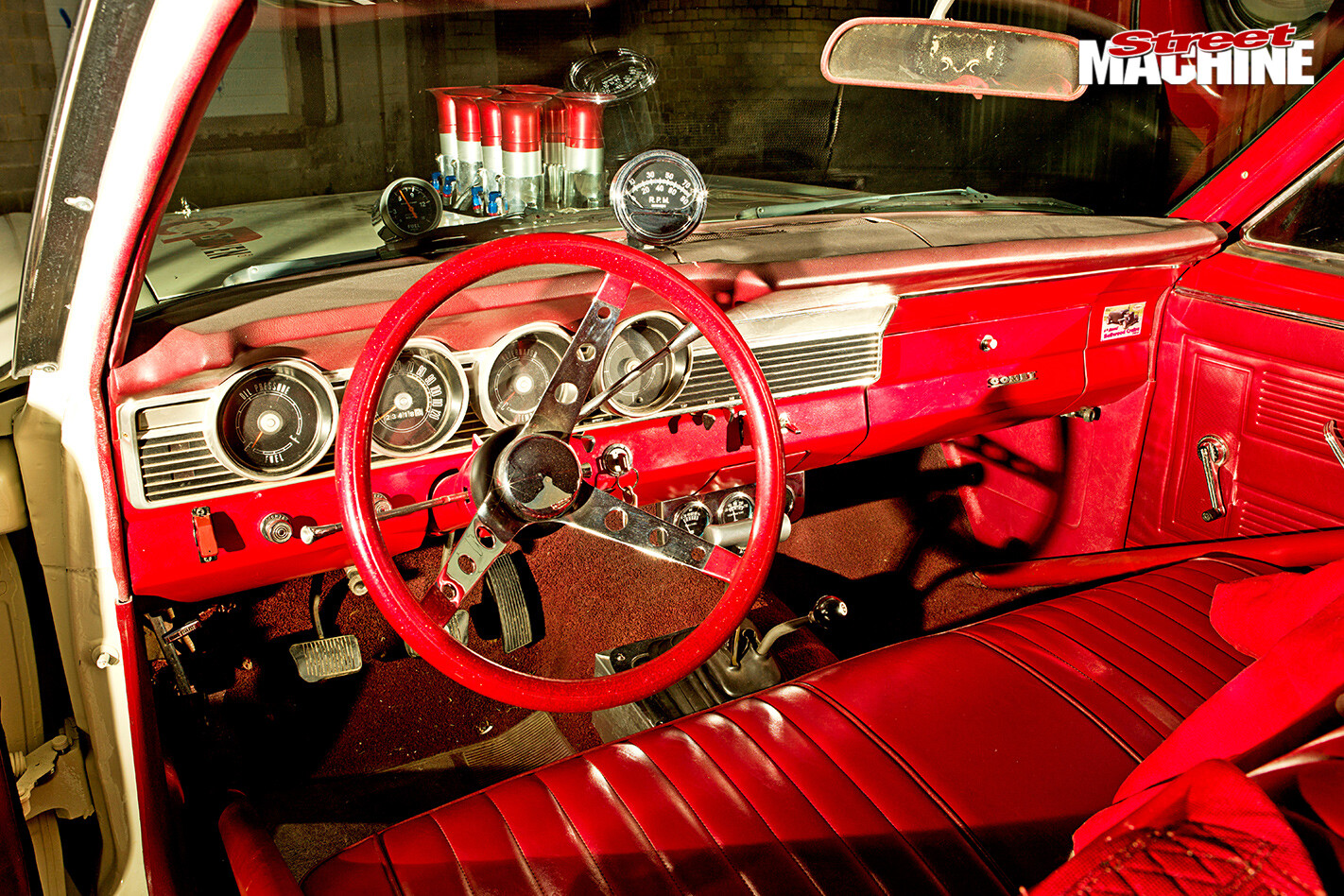 Another old gasser trick to help weight transfer on launch was to move the wheels forward under the body, and this Comet’s front end has been shifted forward by five inches and the rear by 12. This required some new sheetmetal around the rear quarters and boot floor, all of which was completed by Junior. The original diff was swapped for a nine-inch riding on re-arched leaves and ladder bars.

The beefier rear end was needed to cope with the added poke from the 460 Ford mill that has been stroked to 495 cubes. The faux-Hilborn injection stacks fit the bill for gasser style but are just for looks. They cover a four-barrel carbie on a single-plane manifold feeding the Blue Thunder aluminium heads. Likewise the baby Moon tank in the front bumper is just there for show but together they look the part.

“I originally used a C4 automatic transmission with the 495 motor, but I couldn’t stand the thought of an auto in this machine so I swapped it for a four-speed.” 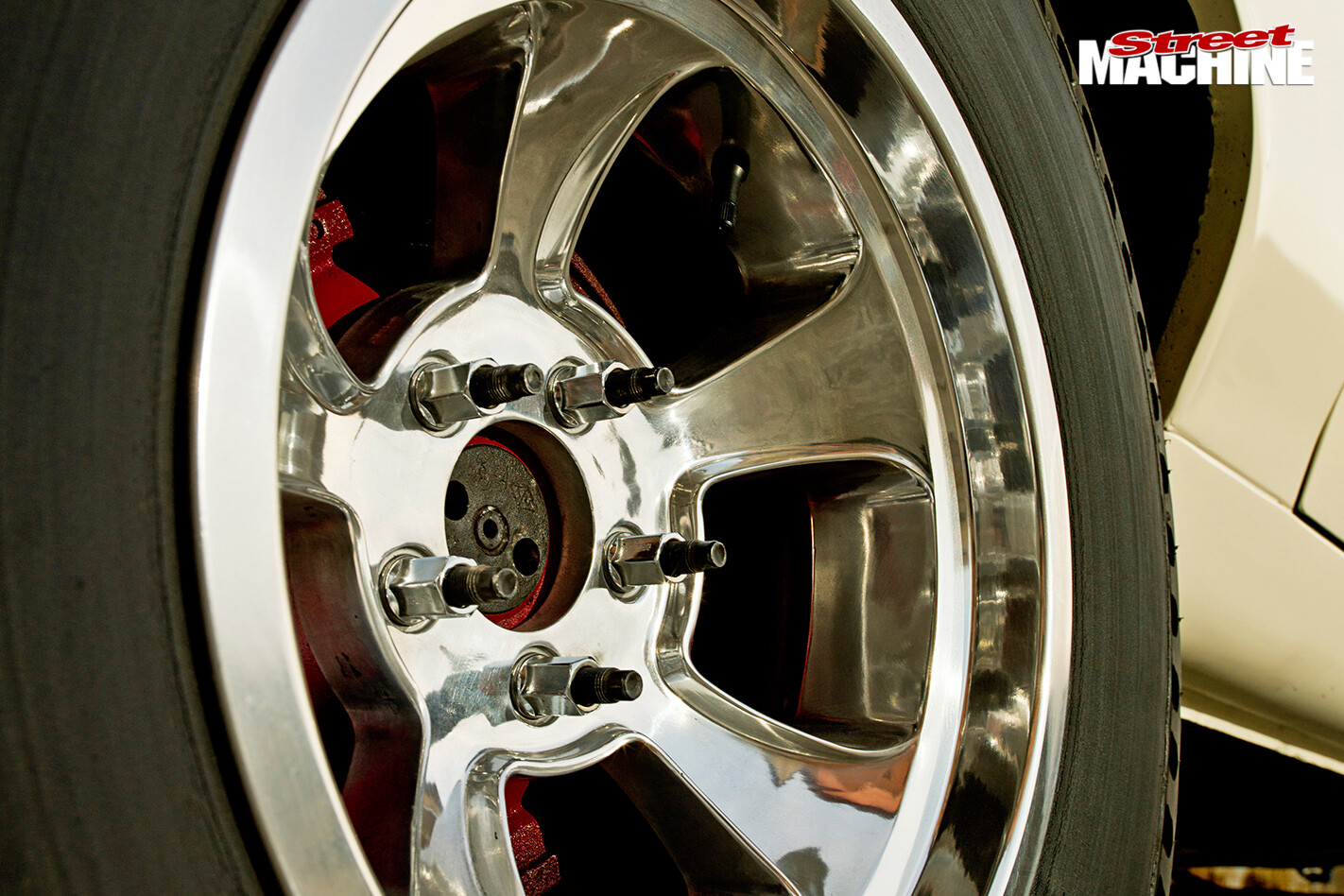 Although it’s more street car than a racer, this wheels-up Comet looks as if it’s shooting for the stars. Junior enjoys taking it cruising with his wife Brenda and hitting the local shows such as the Nostalgia Nationals – where it took first place. Another highlight was having it shot alongside the ’65 Comet gasser and ’67 funny car of one of the original gasser campaigners, Jack Chrisman.

“We had the car at the Gasser Magazine Reunion/race meet but never really got a clean pass due to handling problems,” said Junior. “Then we broke the rear and spat the driveshaft out on the line in the first round. It went 101mph in the eighth so we have something to work with if it goes straight.”