1967 Plymouth GTX at Chryslers On The Murray

DESPITE being finished only days before this year’s Chryslers On The Murray, Mick Noller’s stunning Plymouth GTX managed a top-five spot in the American class at the event.

The Sydney-based industrial refrigeration engineer has a huge collection of Mopar muscle and had nine of his cars on display at COTM. “I’ve got 24 cars all up; 13 are Chryslers,” he said. 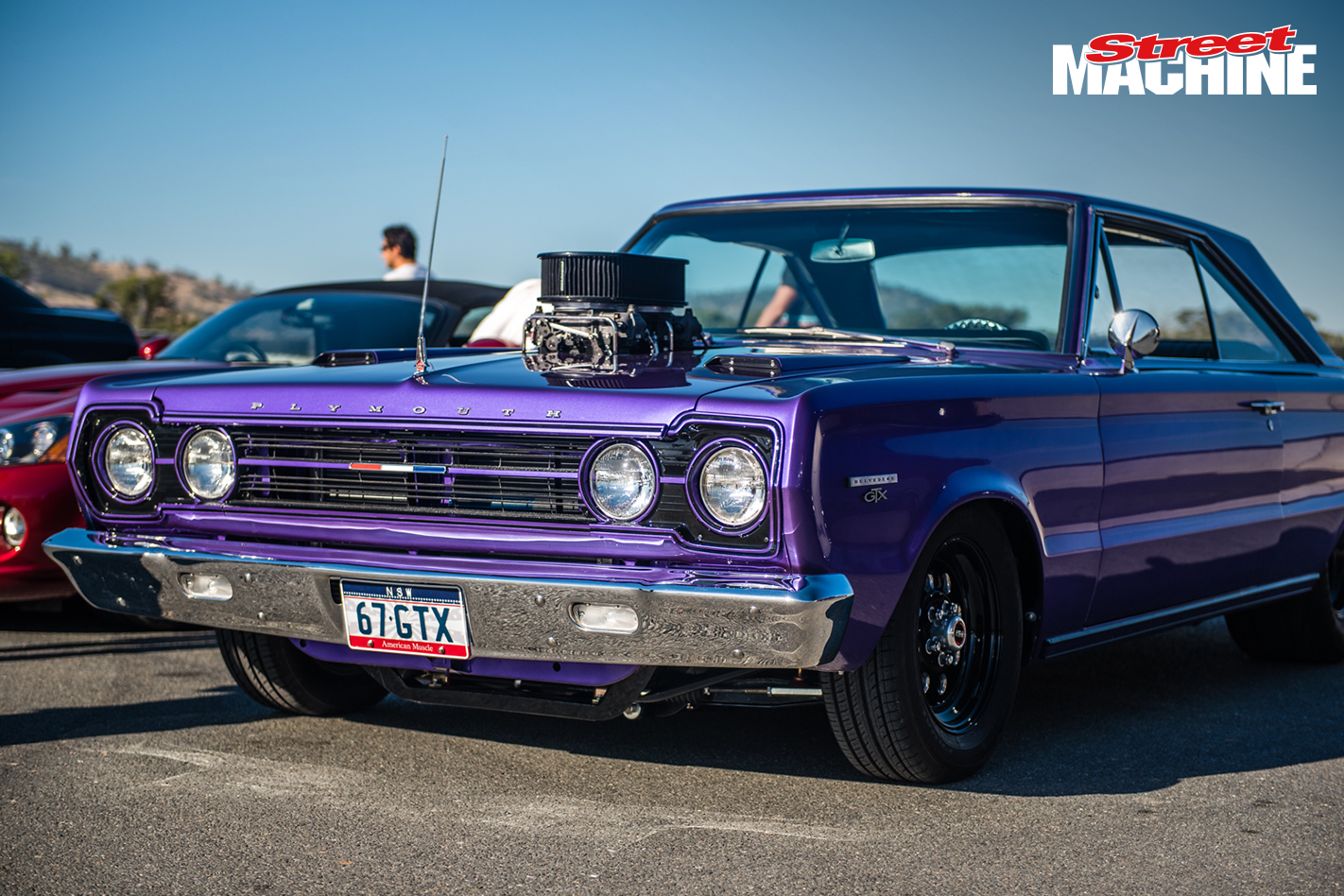 “The GTX is the latest one I’ve finished. I’ve had it for three years now; Jimmy from Gold Coast Muscle Cars found it in the States and imported it for me. Once it arrived it was pulled completely to pieces and stripped right down for a rebuild. The rear end was mini-tubbed and has four-link suspension, coil-overs, and a fabricated nine-inch housing with a 35-spline Strange Truetrac centre and 4.11:1 gears.” 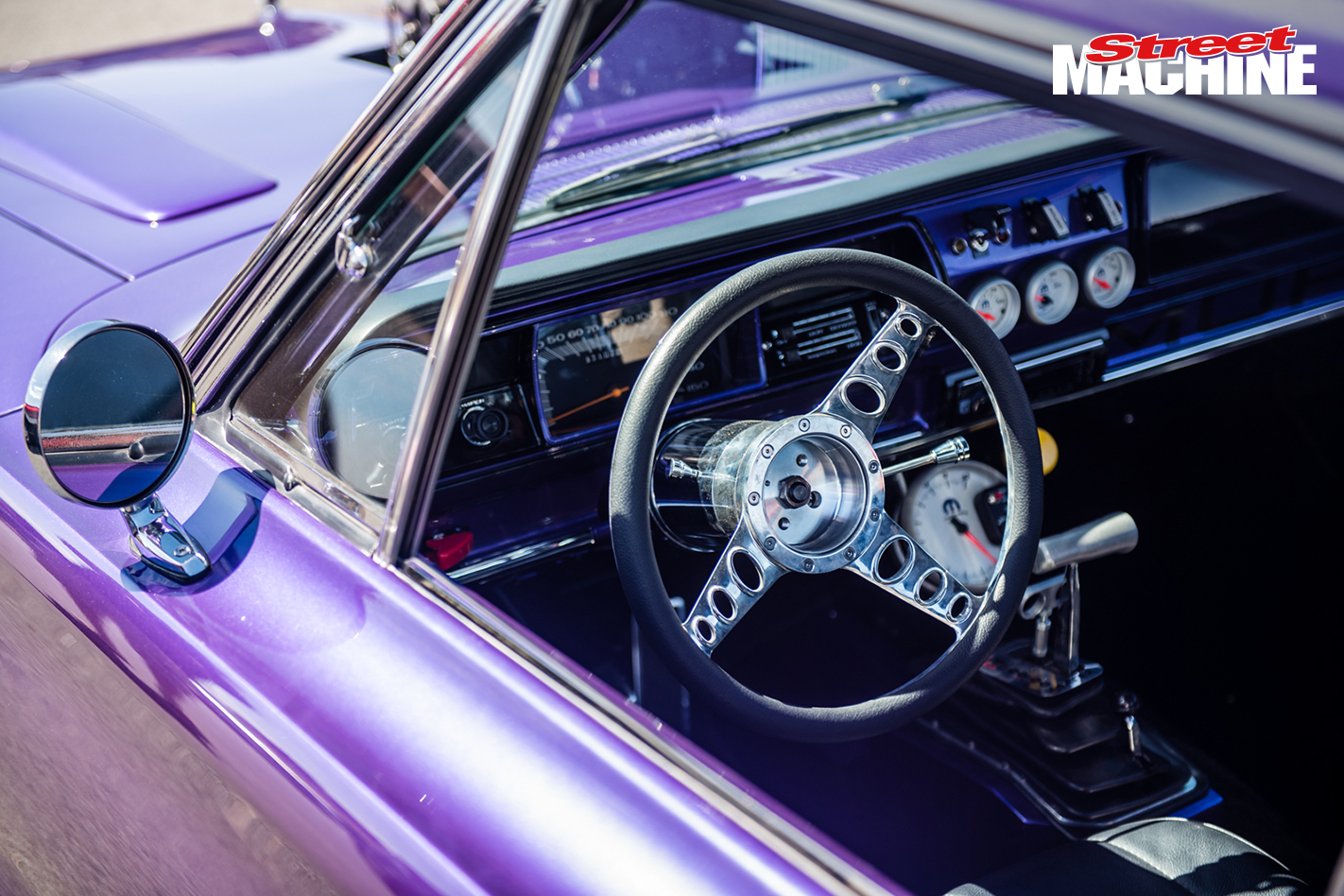 Black Weld wheels offset the custom-mixed Plum Crazy pearl metallic paint – 15x12 in the rear with 325 tyres to fill the tubs. Up front is a complete Magnum Force front end. The tunnel-rammed 543ci big-block Chrysler Wedge, built by Mick himself, pushed out a lazy 580hp at the tyres on the dyno at COTM. 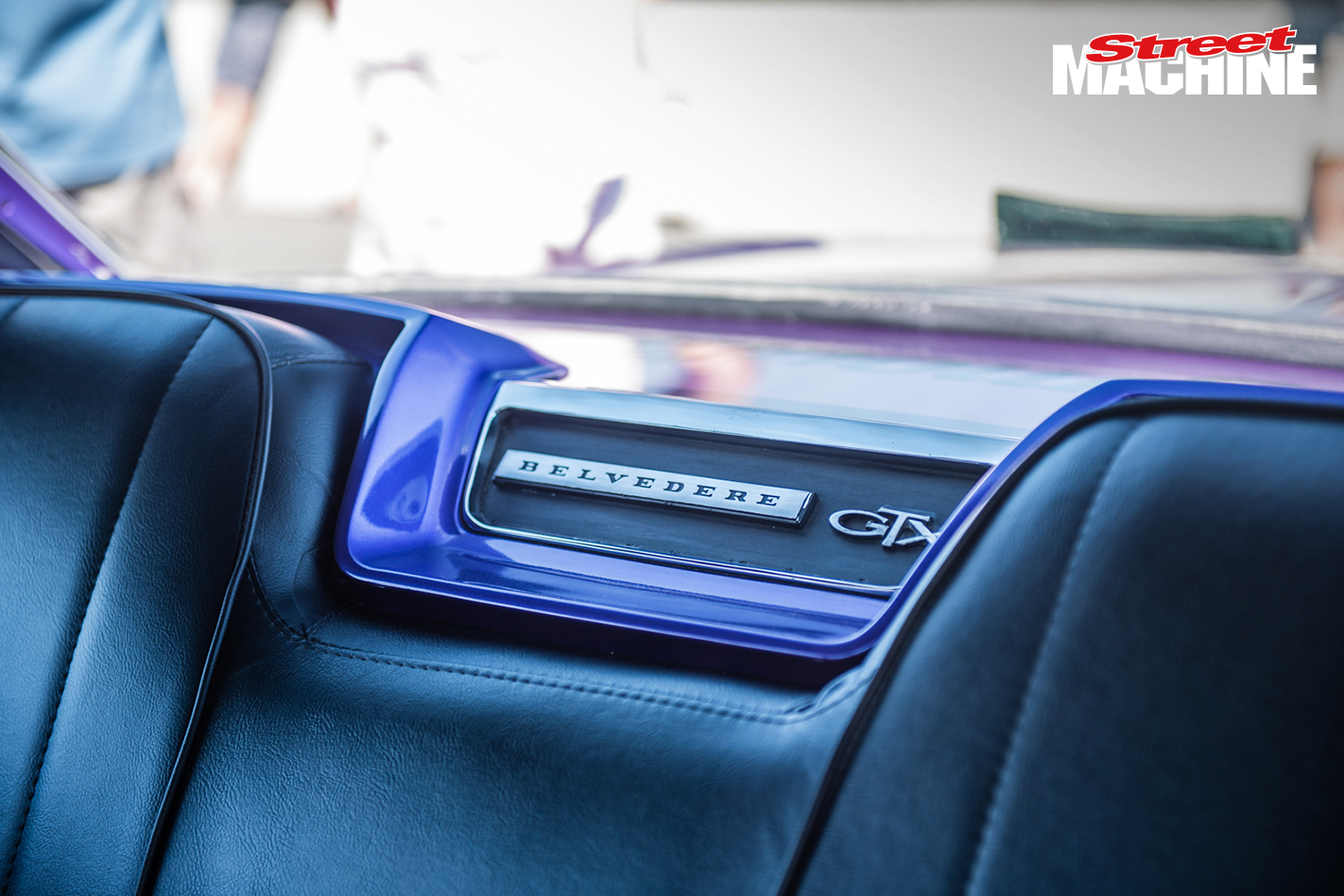 “We only finished it on the Thursday and tuned it by ear,” Mick said. “The pair of 750cfm Ultra XP Holley carbies are untouched and straight out of the box, so it’s got a lot more in it yet. I did all the machine work myself. The block had been steel-capped and cross-bolted like a Hemi. It runs a 4.5-inch crank, H-beam rods, 12.2:1-compression pistons, Comp roller-cam and Victor alloy 440 heads with a Weiand tunnel-ram base that had to be modified to suit, as there isn’t an off-the-shelf ram for the Victor heads.” 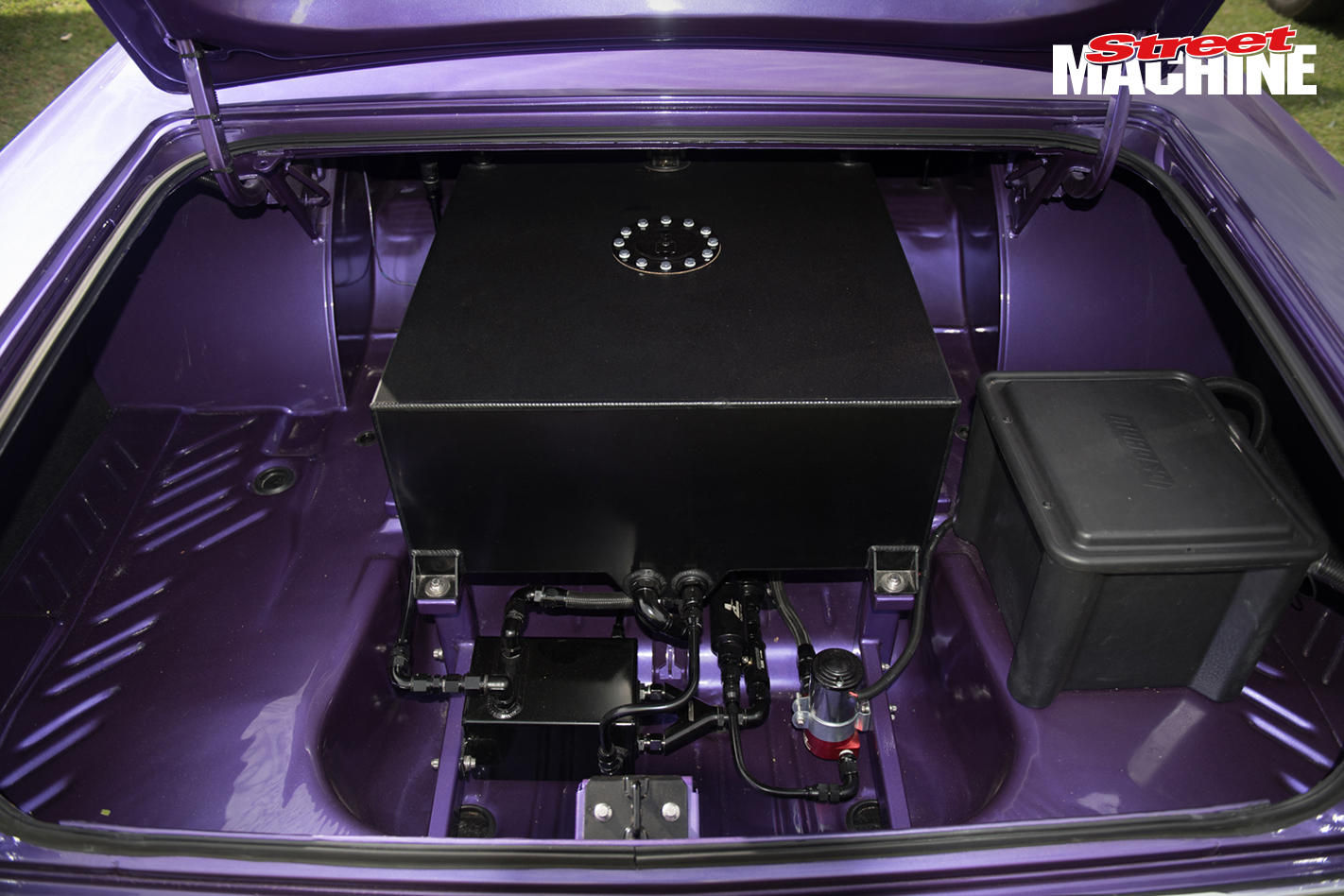 The gearbox is an 18-spline New Process Hemi A-833 four-speed with a scattershield bellhousing, and runs a twin-plate McLeod clutch. “The Hemi ’box is huge; it’s twice the size of a Top Loader, and they’re bloody strong. To fit the shifter in I built a custom trans hump, as I was after a particular look. I wanted it like it was done in the day – the old-school pro street look. 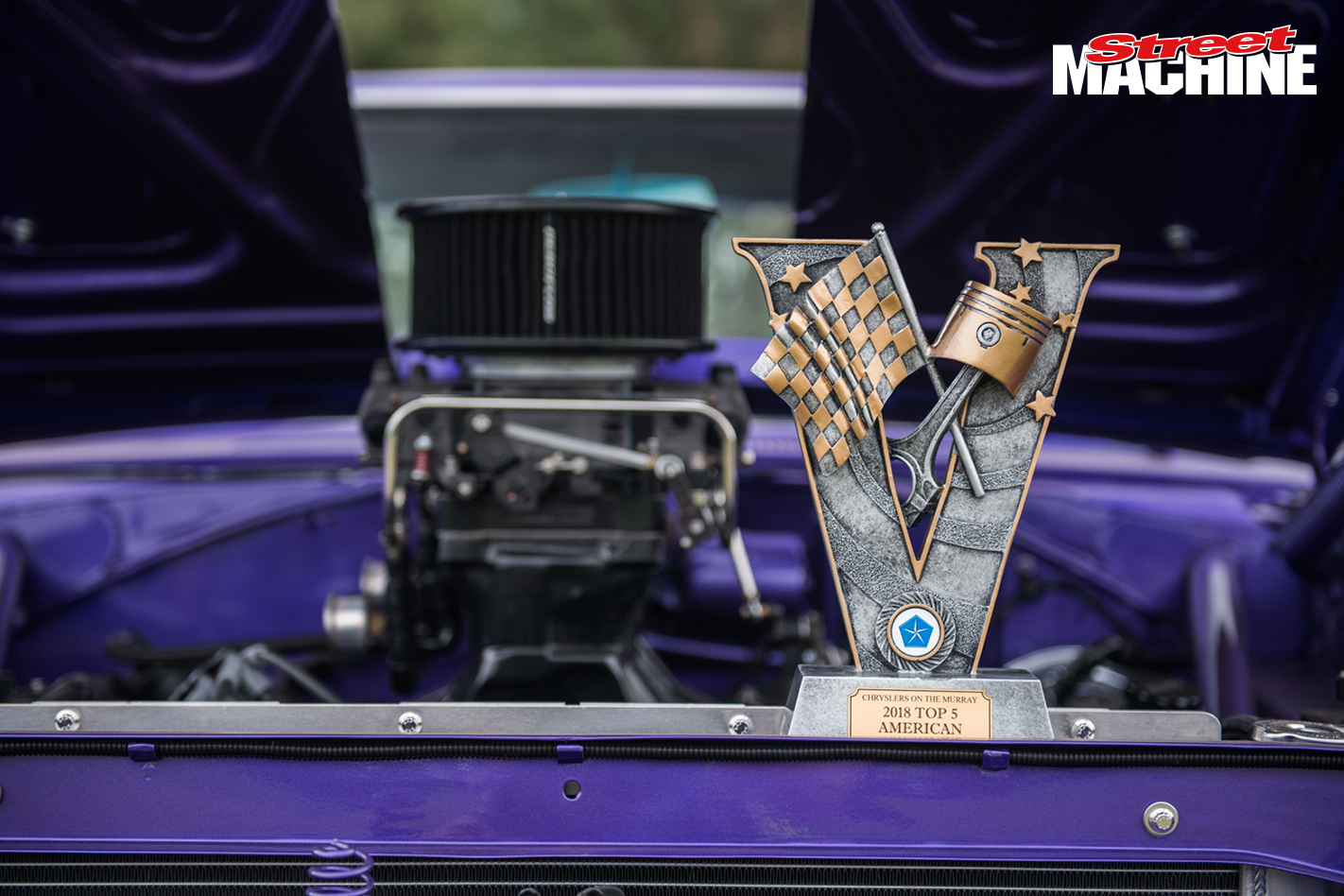 “It’s fun to drive; it’s got an old Hurst vertical-gate shifter on it, so you have to know what to do with it. When we had it on the dyno the guy had no idea how to use it; he’d never seen one before! In the end I had to jump in the passenger seat and shift the gears for him while he got on and off the clutch.

“I’ve still got a few more changes to make to it,” Mick continued. “The interior will get retrimmed Recaro seats next year, and the car still needs to get things sorted out tune-wise. Once that’s done it’s headed for some street time and cruising – as long as the cops leave me alone. I might put a lower air cleaner on it for that!” 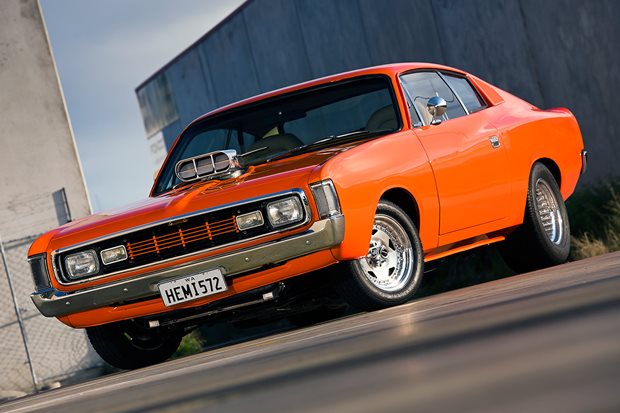 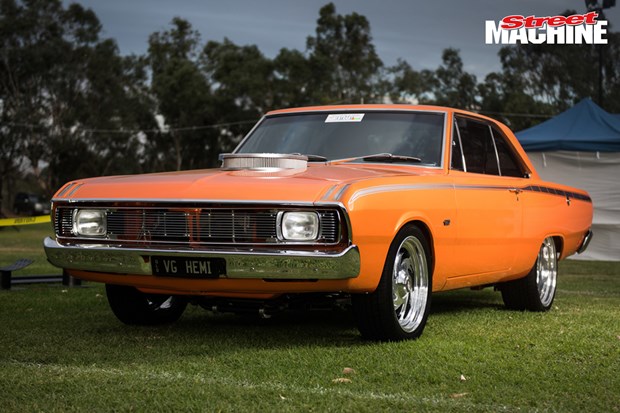 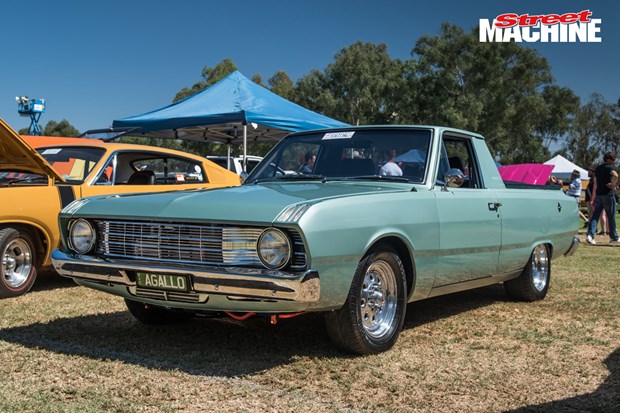 Turbo slant-six VF Valiant ute at Chryslers On The Murray