NOTHING seems to send the keyboard warrior brigade spiralling into a frenzy quite like modifying an Aussie classic. As Simon Major pointed out recently (Blowin’ Gaskets, SM, Nov ’16), all you need to do to raise their ire these days is make a few tweaks to a relatively nondescript 1960s Holden. At that point they’ll use the power vested in them by the internet to give you a large piece of their (often small) mind. 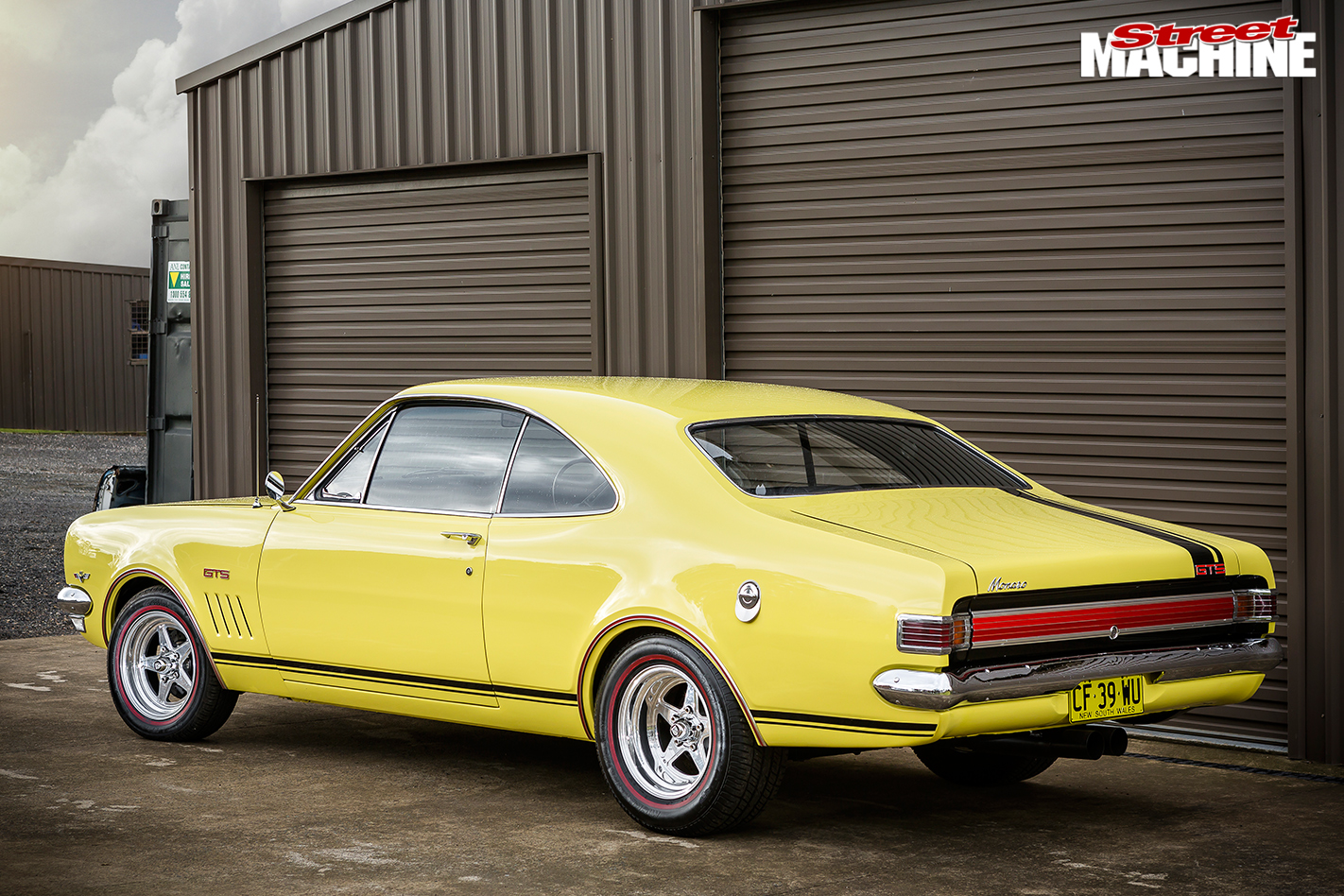 So you can imagine the potential for hurt feelings when Peter Surace set out to jam an engine with damn-near 1000rwhp into a genuine, matching-numbers, Warwick Yellow HK GTS 307 Monaro. 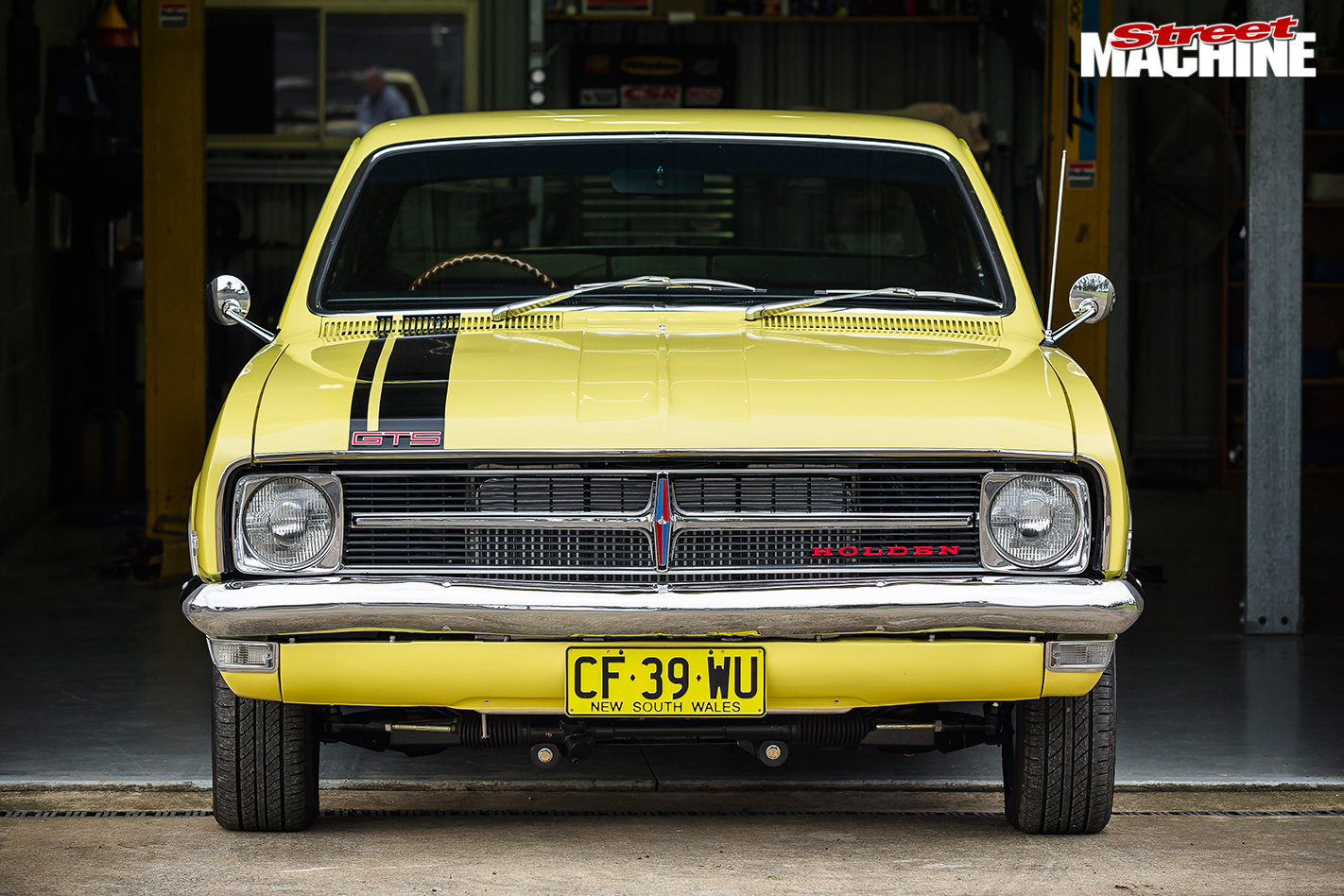 Arguably the pinnacle of 1960s Aussie muscle, HK GTS Monaros are getting very thin on the ground these days, and as a result are soaring in price. But Peter has built this car in a way that is not only sensitive to its originality, but also allows it to be returned to factory specifications with a minimum of fuss. All this in spite of a monstrous 402ci twin-turbo LS, which spits out a crazy 990hp at the treads. 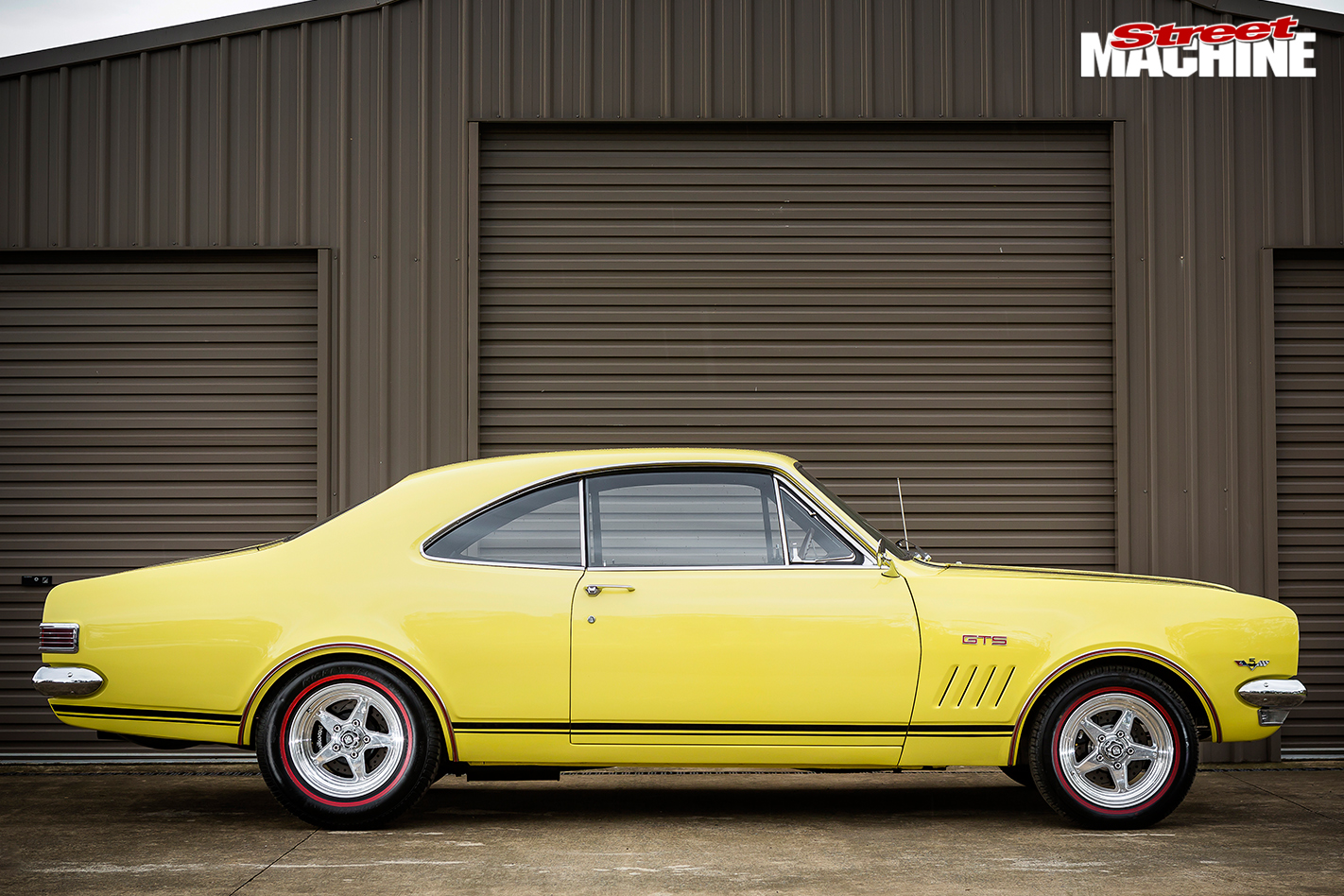 A Warwick Yellow HK GTS has to be one of the best-looking and most iconic Aussie muscle cars ever created. Preserving the car's factory appeal - and even originality - was a big priority in the build

“That was the whole point of the build,” Peter says. “I wanted the whole lot to look ridgey-didge, right down to the steering wheel. And then you pop the bonnet and all hell breaks loose.” 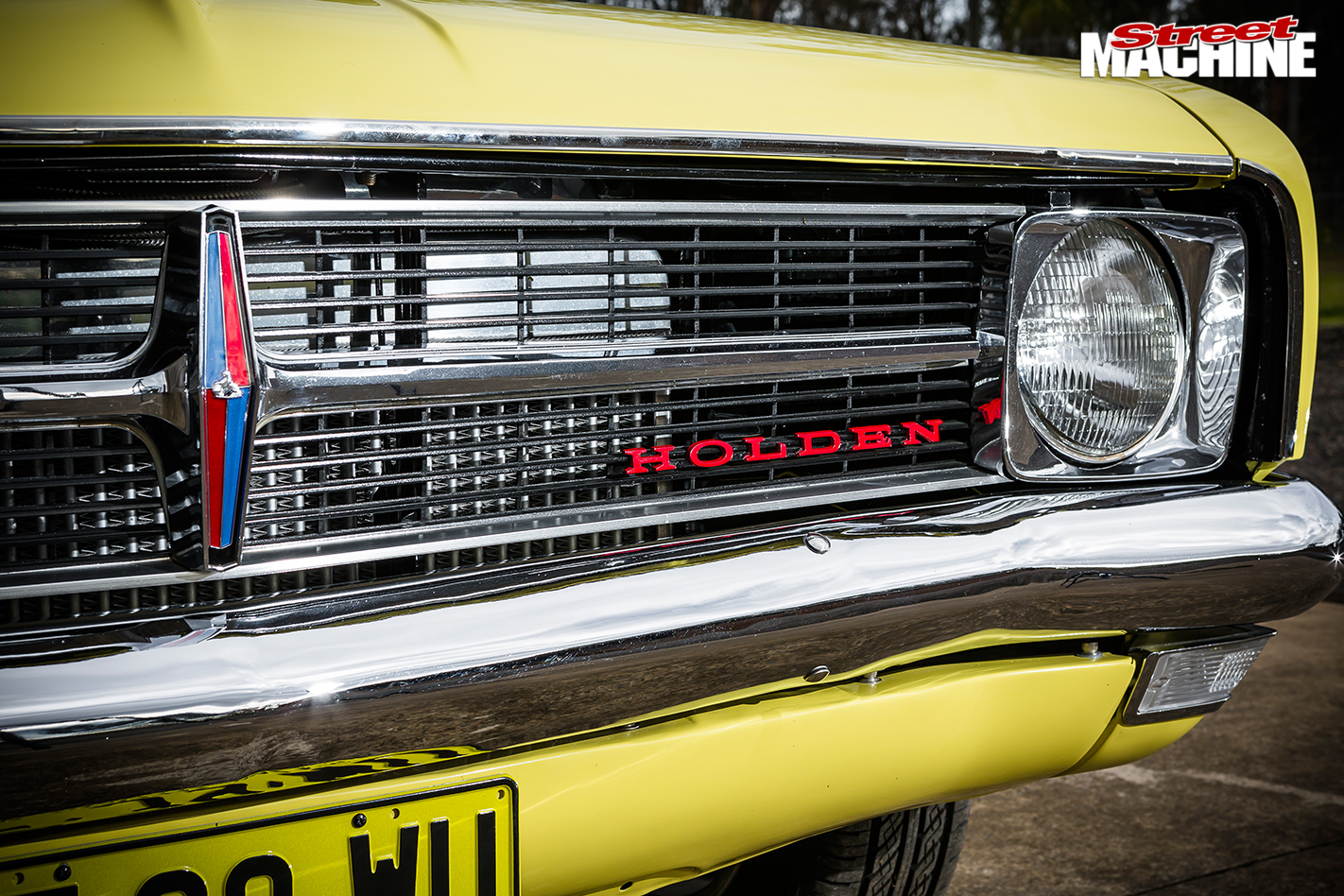 From the firewall back, there’s not a nut or bolt out of place on the car. The front end has been modified with LH Torana rack-and-pinion steering, and the front sheet metal has been manipulated to accommodate the radiator, intercooler and charge pipes. All of that can simply be unbolted and replaced, and Peter already has the parts in his shed to do it, sitting alongside the car’s factory-fitted 307ci small-block Chevy. 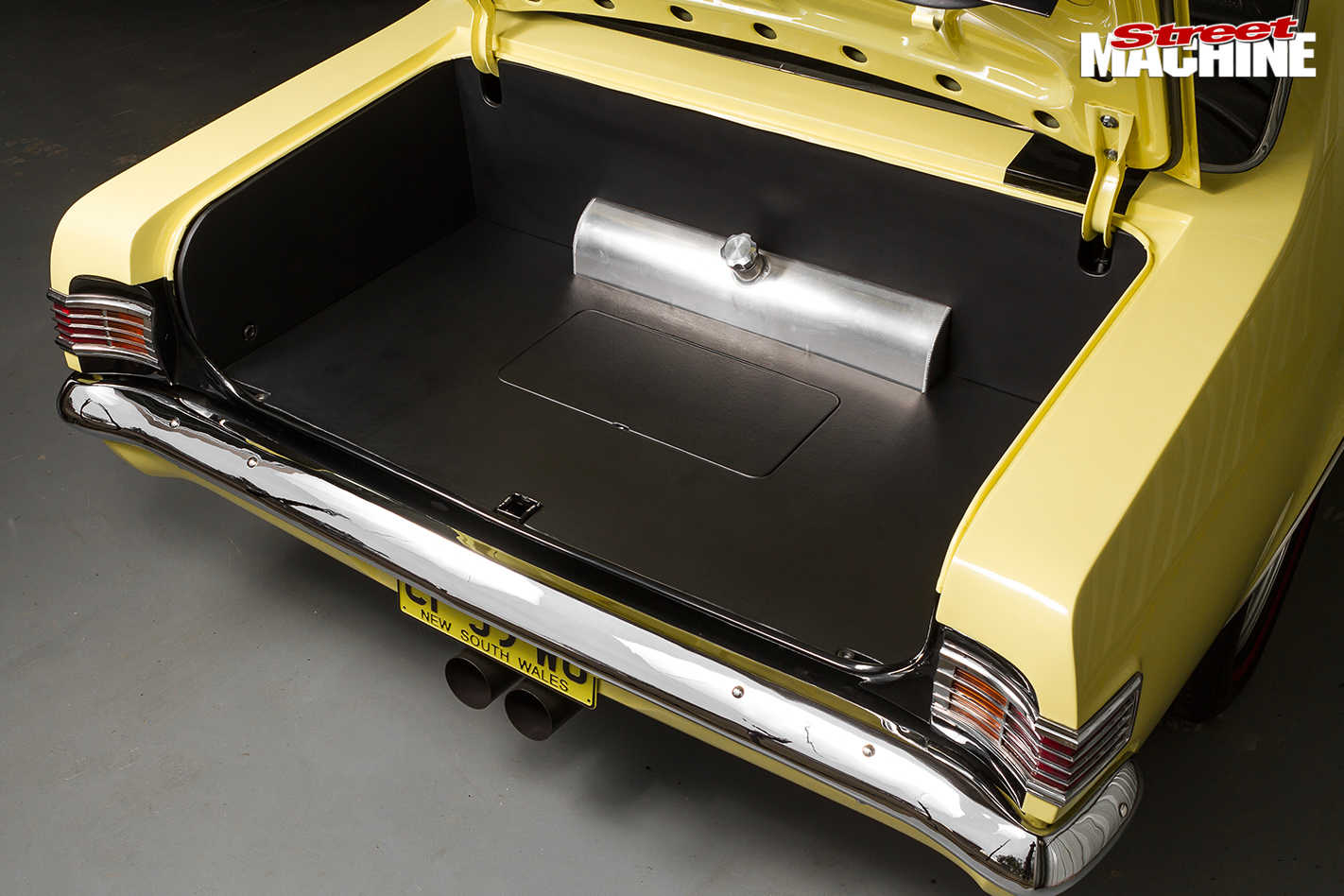 Naturally, a Powerglide transmission fits in the standard trans tunnel, and the 35-spline nine-inch diff bolts straight up to the factory position on the leaf springs, so it too can readily be swapped out for a standard item. The 15x8.5in Center Line Qualifiers and 255/60/15 Mickey Thompson radials fit within the confines of the standard rear wheelarches and tubs, while the Warwick Yellow duco and black vinyl interior have been restored to better-than-factory condition by Rob Melish and Louie respectively. “The car was just built for shits and giggles, really,” Peter reckons. “You can just be cruising along and jump on it and it’ll blaze the tyres. I didn’t want to run big tyres because I didn’t want to cut the car, or run the risk of it twisting if it started to hook up.” 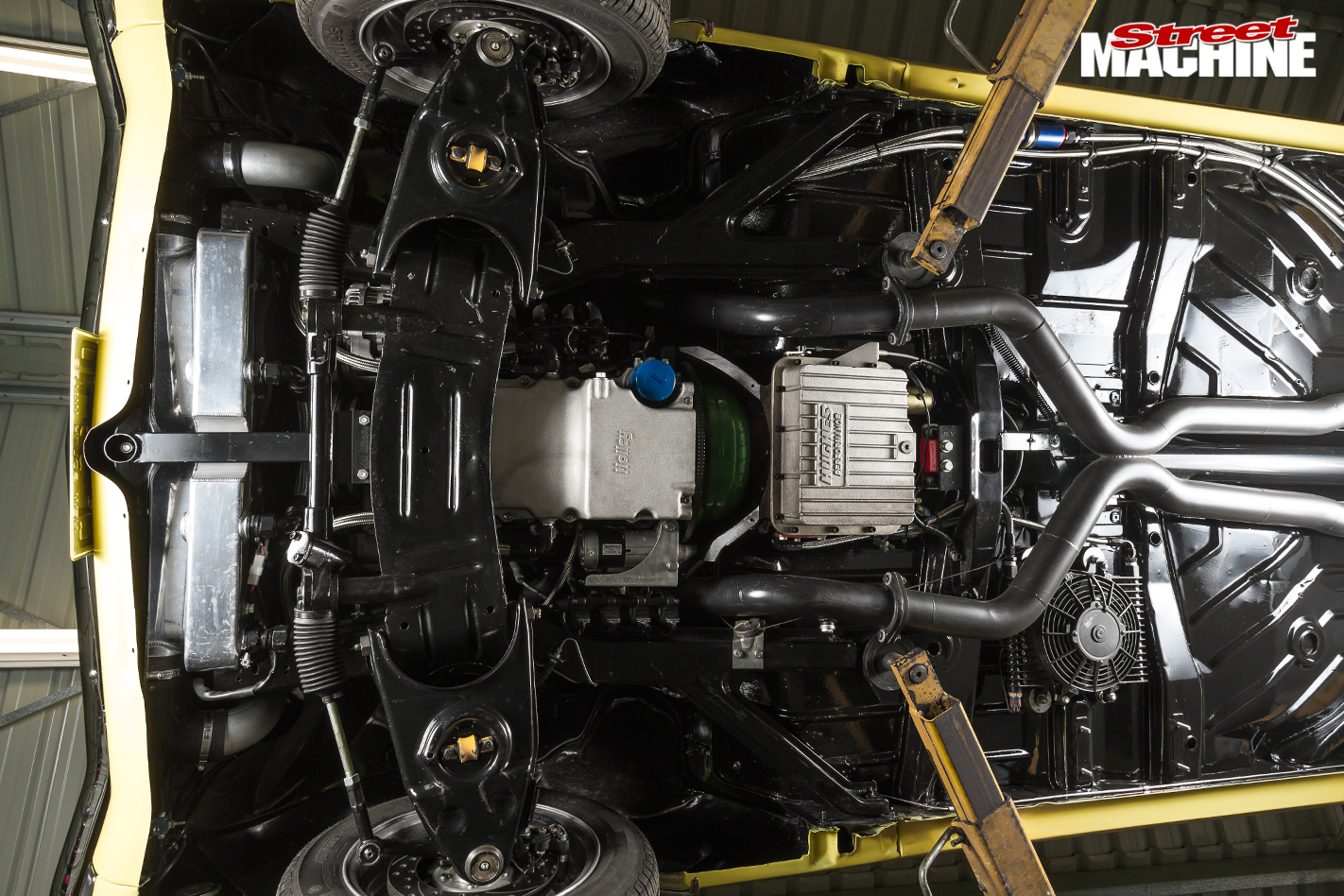 Sure, there are some changes under here. But importantly, there's nothing that can't be easily reversed

This is actually the second time a Monaro of Peter’s has made an appearance in Street Machine. His previous ride was an HQ coupe by the name of HABBIT, which he’d owned since he was 17 and never intended to sell. “I got frustrated with it, I needed the funds, and I got an offer I couldn’t refuse,” he says. 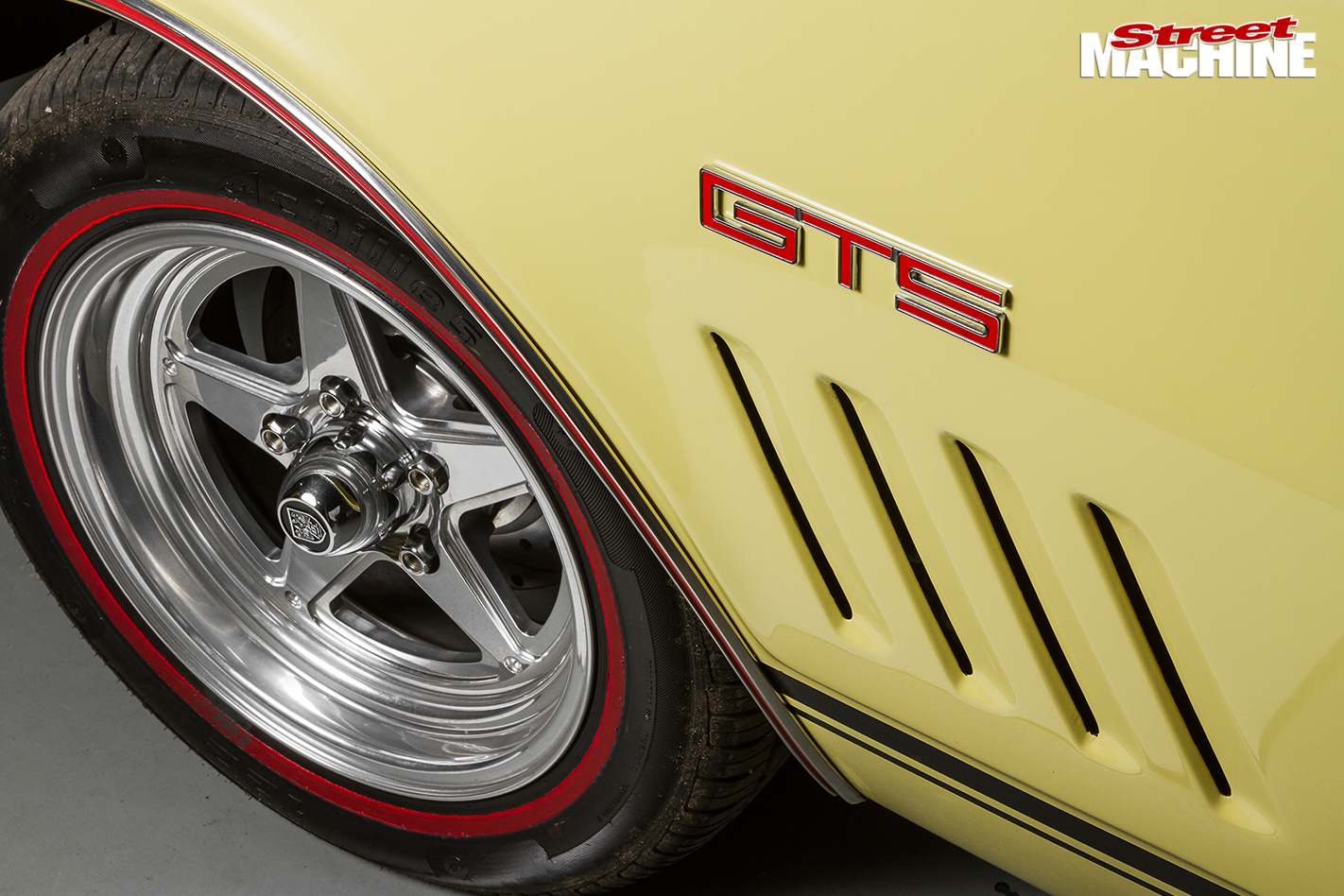 “After a while I knew I needed another toy, so I went out and found my absolute favourite – a Warwick Yellow HK GTS. I bought it off a bloke who had it pulled apart. The shell was in good nick and had matching numbers and all the tags, so I jumped on it.” 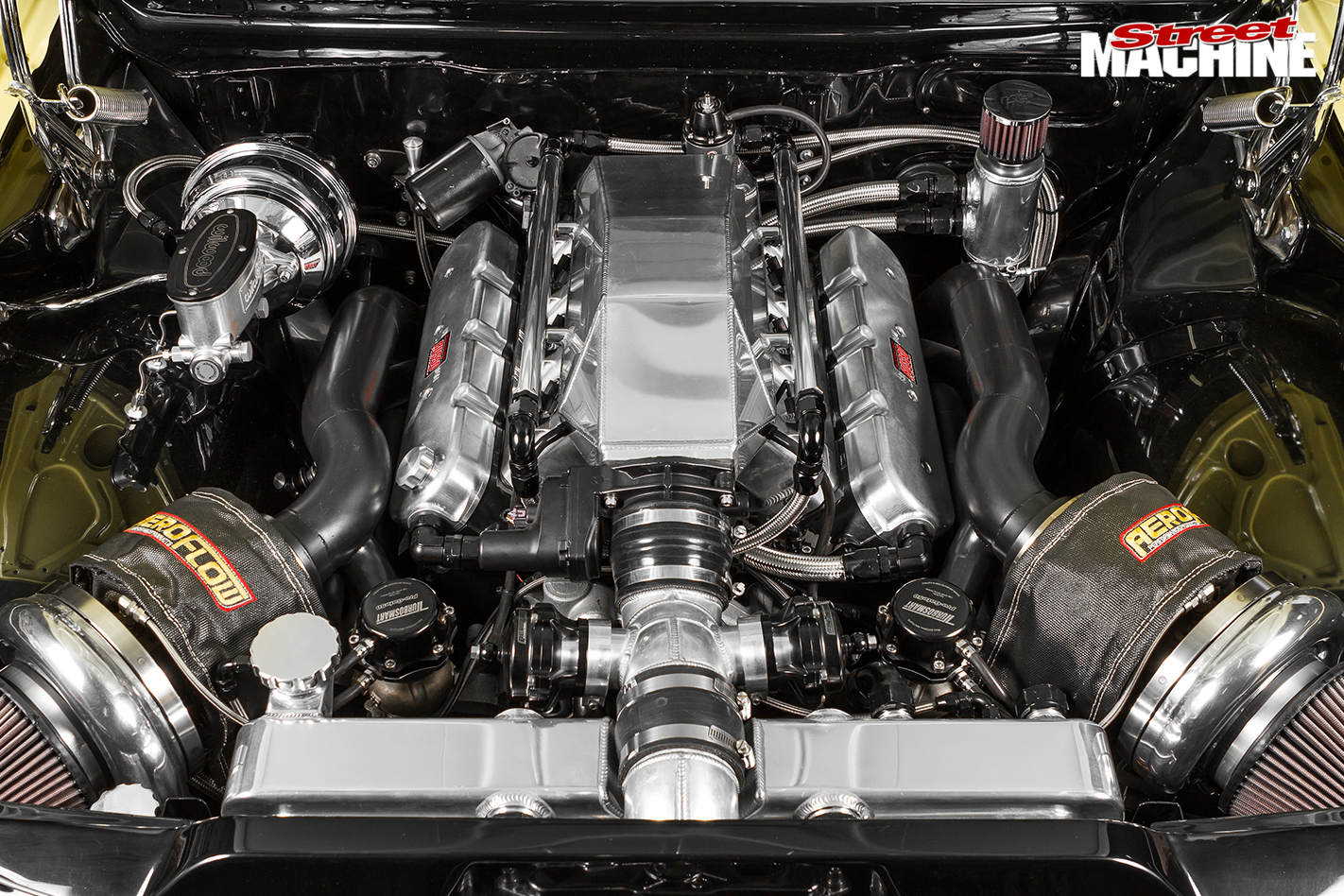 For something that produces almost 1000rwhp, the motor itself is a pretty straightforward combo, retaining an OEM block, heads and ECU, along with a hydraulic-roller camshaft

The boys at Russo Performance tackled the engine build, with outstanding results. It measures in at 402ci and runs twin BorgWarner AirWerks S400 71mm turbos, but the components list belies its epic horsepower output. There’s a factory GM cast-iron block, L98 heads and a Russo-tuned OEM Commodore ECU. “Everyone’s spending thousands on ECUs to run these things, but mine is just a standard one I bought from Commwreck for $150. Thanks for coming!” Peter laughs. “There’s nothing all that flash about the set-up; it’s just a well-thought-out combo.” 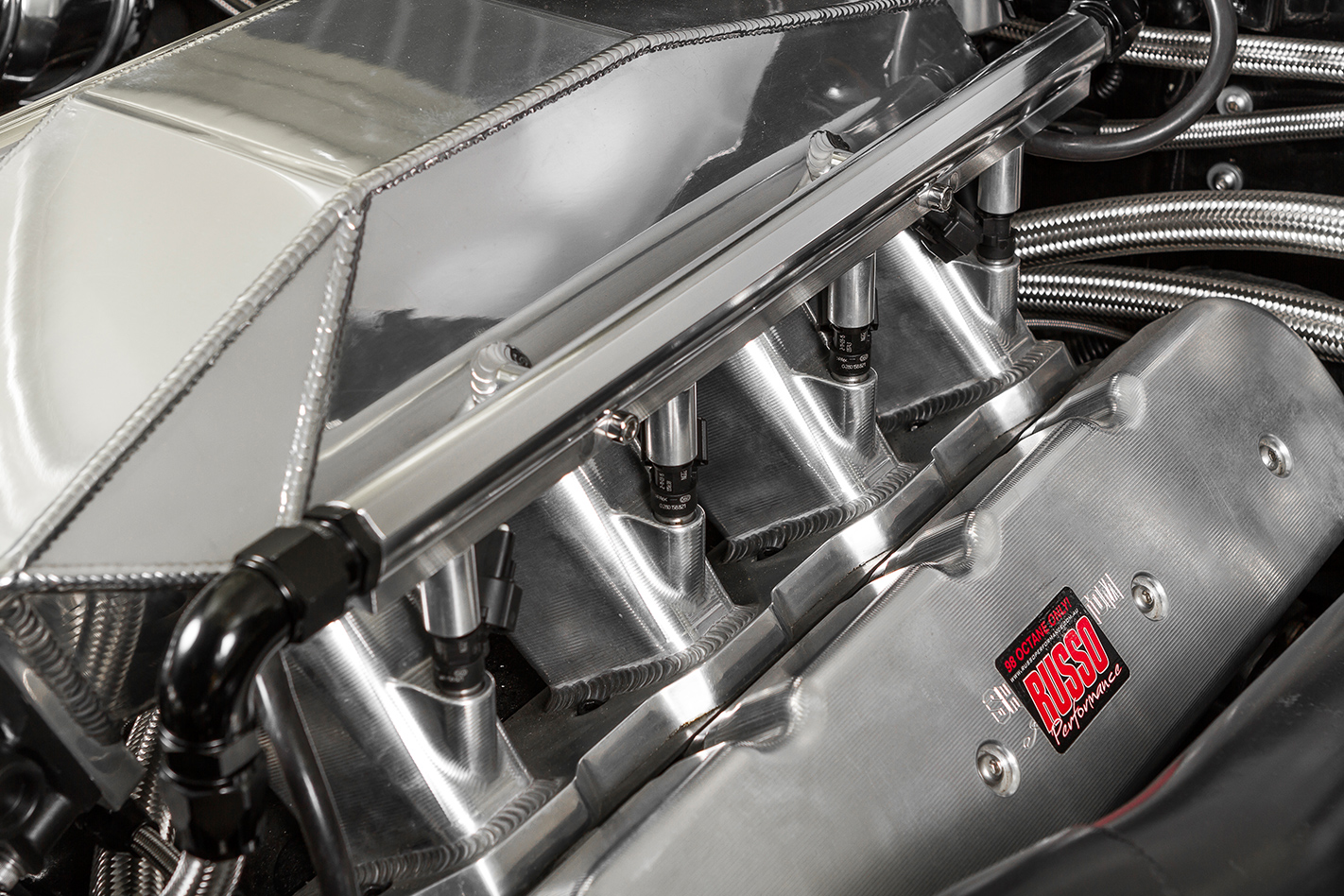 Justin at Russo started out by modifying the oiling system to help the engine live at high rpm. “We ported the oil pump and changed the oil galleries; we blocked a few to restrict oil in the top end, and opened up the main feed to get more volume into the engine,” he explains. In went a Manley crank with a four-inch stroke, Callies rods, CP pistons and a custom Russo-grind hydraulic-roller camshaft, along with Morel lifters and Trend pushrods. The heads were ported and fitted with severe-duty titanium valves, PAC Racing double valve springs and titanium retainers, while the OEM rockers are equipped with a trunnion kit. 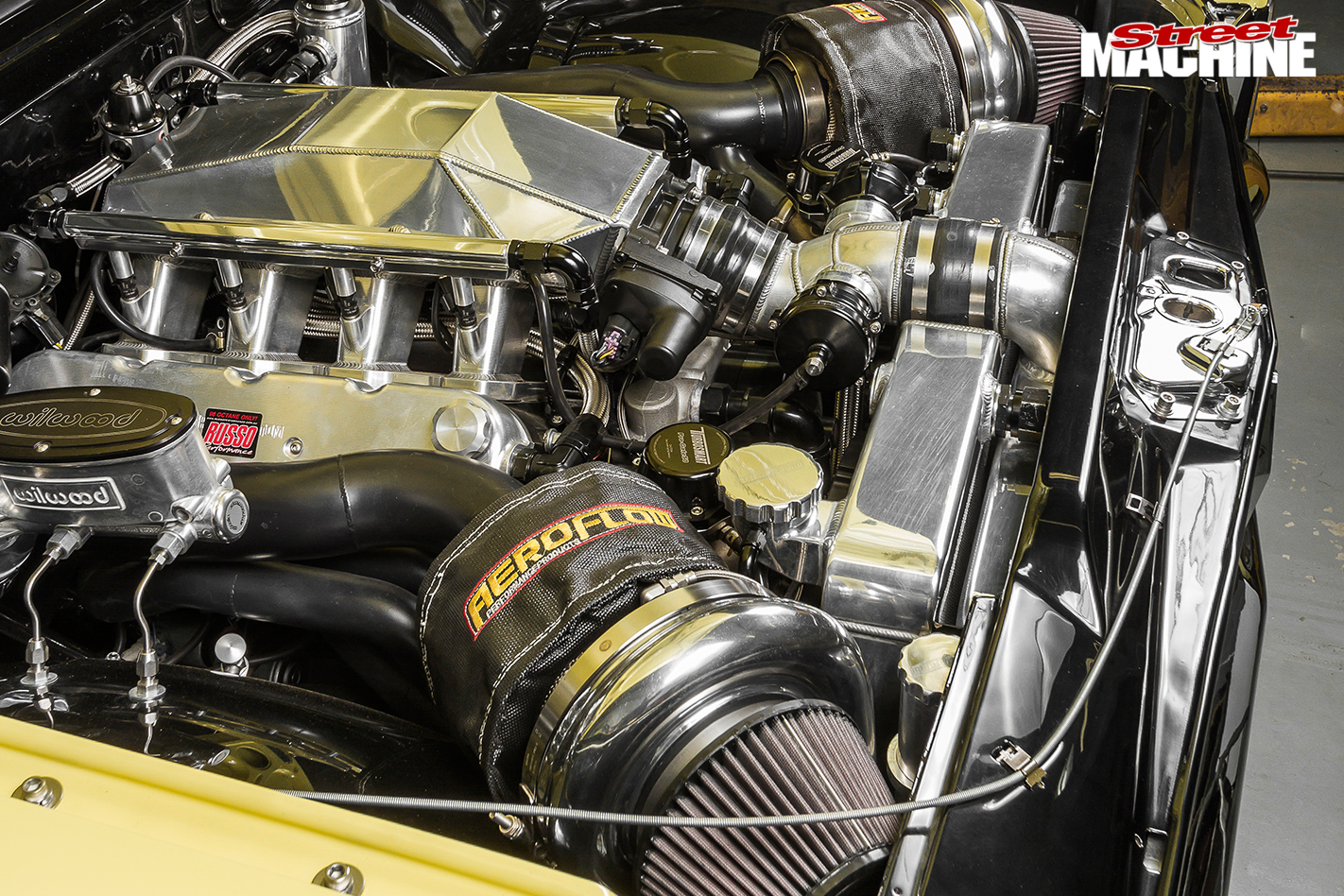 The turbo system is completely bespoke. It uses Turbosmart wastegates and a custom intercooler, along with a pair of BorgWarner AirWerks S400 71mm turbos. The custom radiator is clearanced to the intake plumbing, helping to keep everything under the bonnet

The result was a mind-blowing 991rwhp on E85, with scope for more even grunt down the track. “It could make more, but the fuel system wasn’t up to it,” Justin says. “We had to pull some boost out because it was leaning out a bit in the top end. Even as it is you can hardly drive it – it’s ridiculous! But if you put big tyres under it, it’d probably just rip the leaf springs off the rails!” 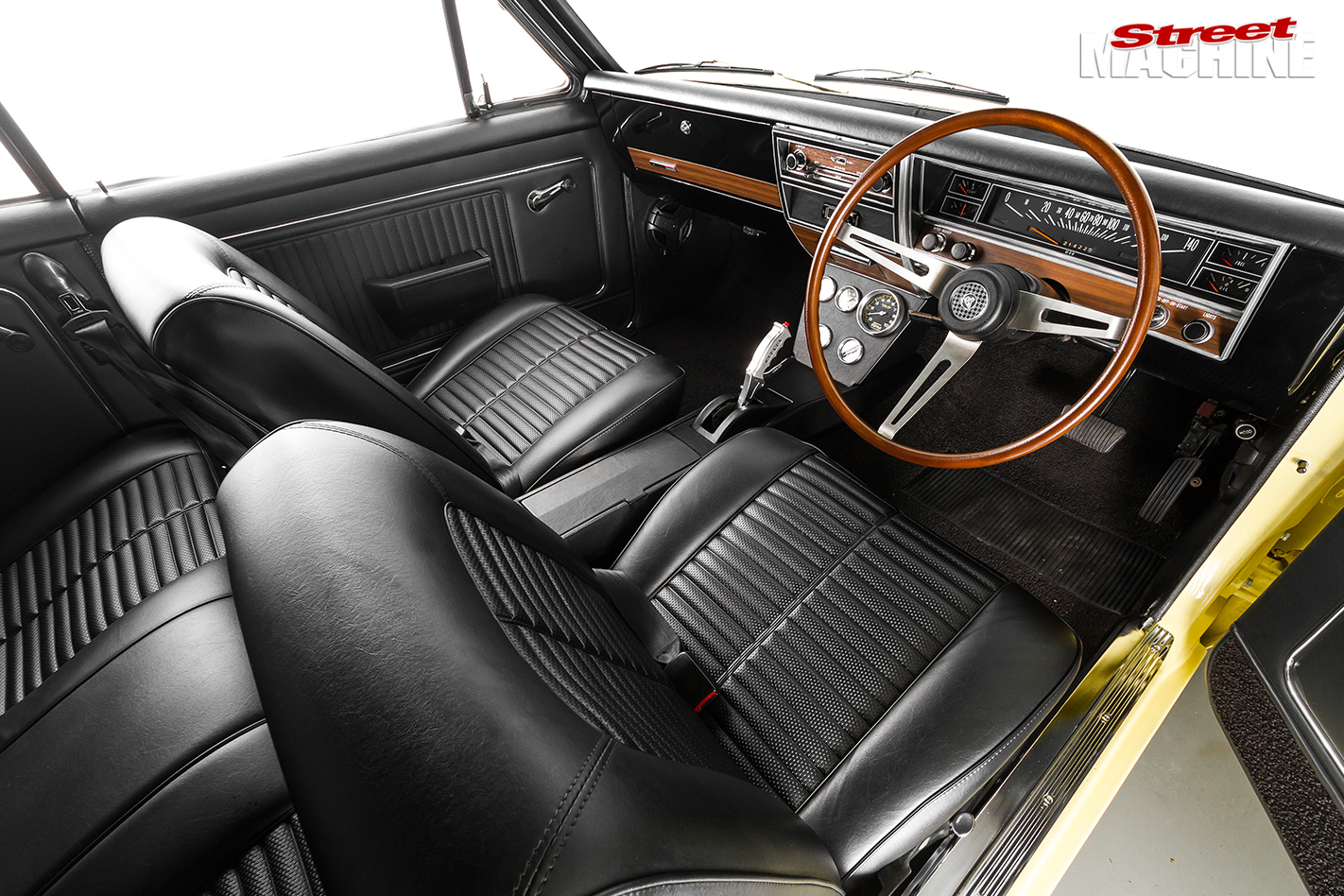 Inside the cabin, the only deviations from stock are the Hurst shifter, Turbosmart boost controller and Auto Meter gauges

The motor is backed by the aforementioned Powerglide, with a custom tailshaft from Ricky’s Driveshafts connecting it to the 35-spline nine-inch.

To look at the HK you wouldn’t pick that it makes such impressive power, but getting all that grunt to the ground with a stock chassis, leaf-sprung rear end and a 255/60/15 radial is a bit of a mission. “Yeah, it’s a handful and it doesn’t steer real well, either,” Pete says. “It’s fun, but it’s nothing like a Commodore, I’ll tell you that much! At least the Wilwood brakes pull it up pretty good.” 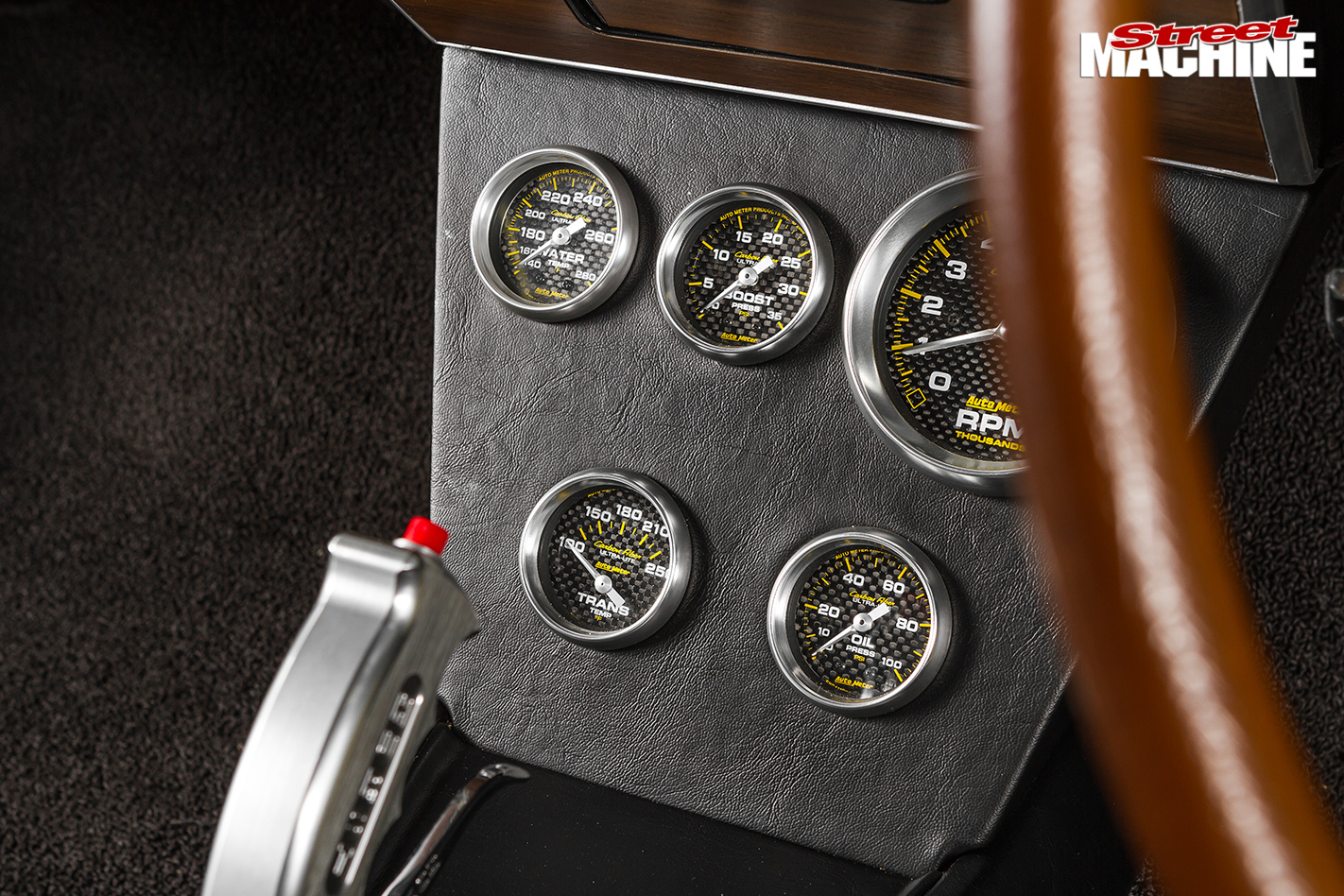 Peter and his dad tackled the whole assembly process at home in the shed, but he’s quick to credit those who helped out with the overall build process. “The Russo boys were unreal; the best. And Rob the painter is a legend. Those guys made this happen. If it wasn’t for them the car wouldn’t be anywhere near done.” 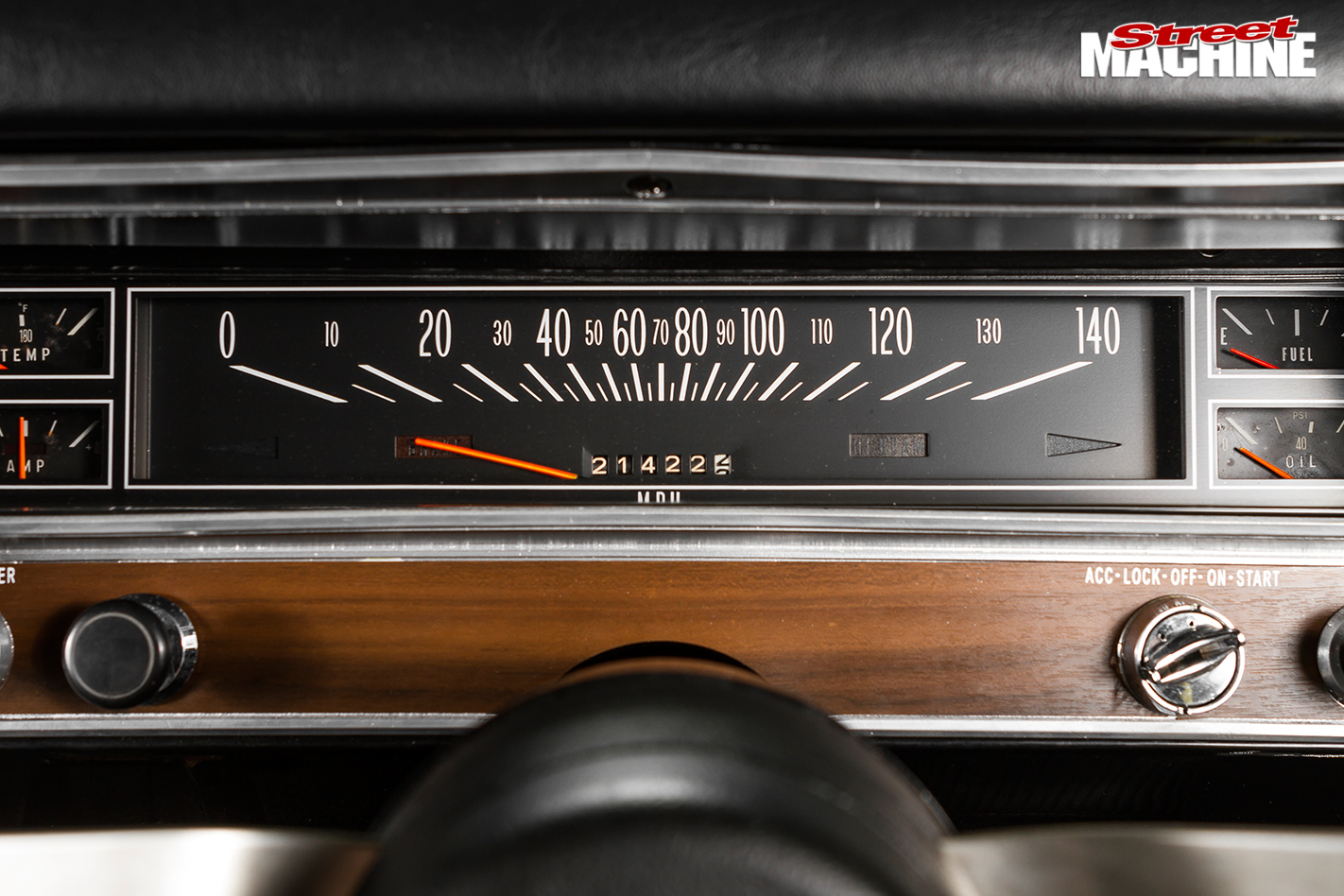 Off-boost the HK has impeccable manners and Pete plans to use it to rack up plenty of miles. It will forever remain a street car, but there are plans afoot to build an evil twin that should hook and book a little better. 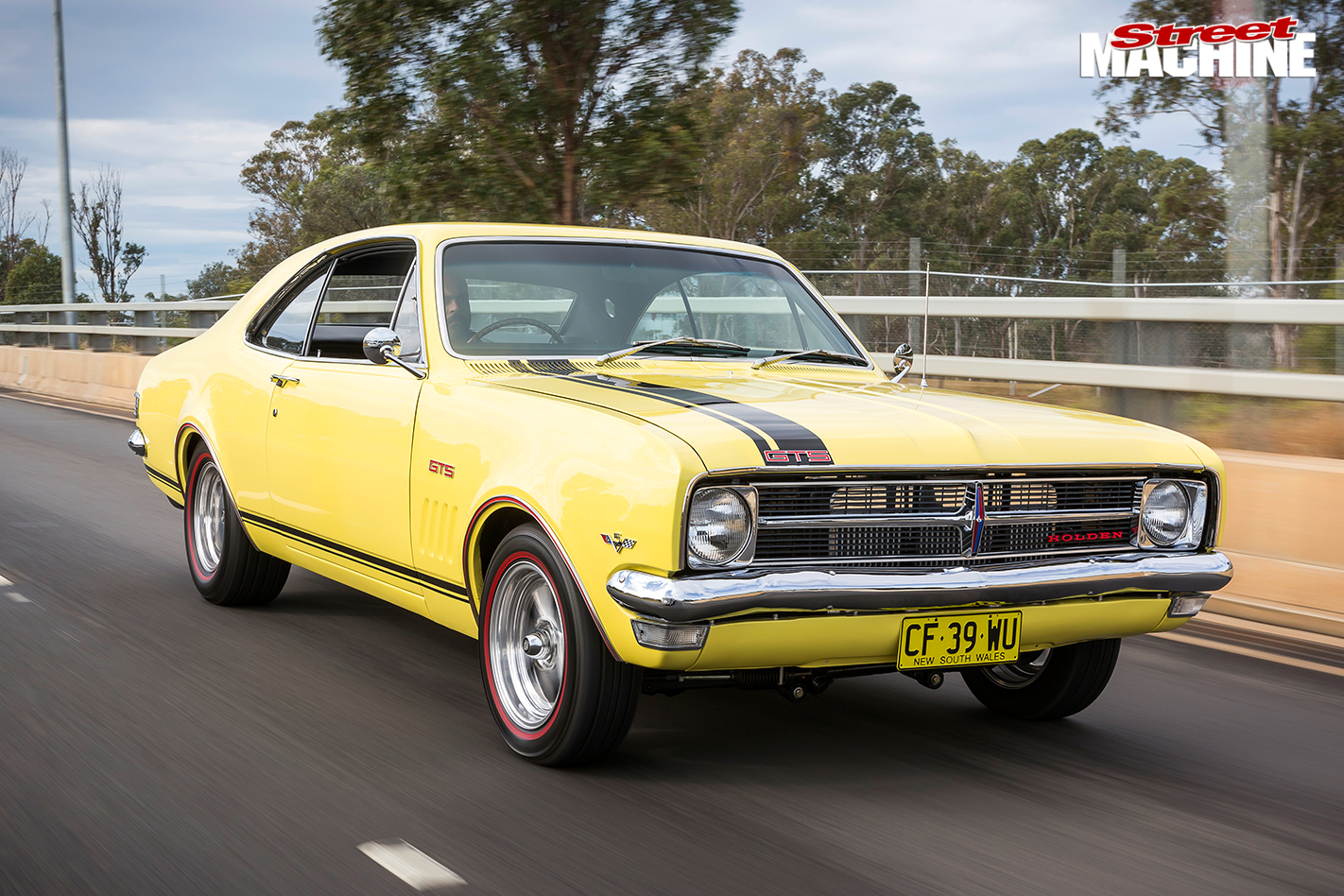 “Building this car in such a way that it could be taken back to stock was a real challenge,” Pete says. “There was a lot of thinking involved and we had to work around a lot of things. But I’ve got another shell exactly the same that we’re about to start the fab work on. It’s a genuine GTS as well, but the floors are flogged out already, so I thought I might as well tub it. We’re going to put a ’cage in it and it’ll have a similar engine combo to this car, so it’ll be able to make use of the power a lot better.” 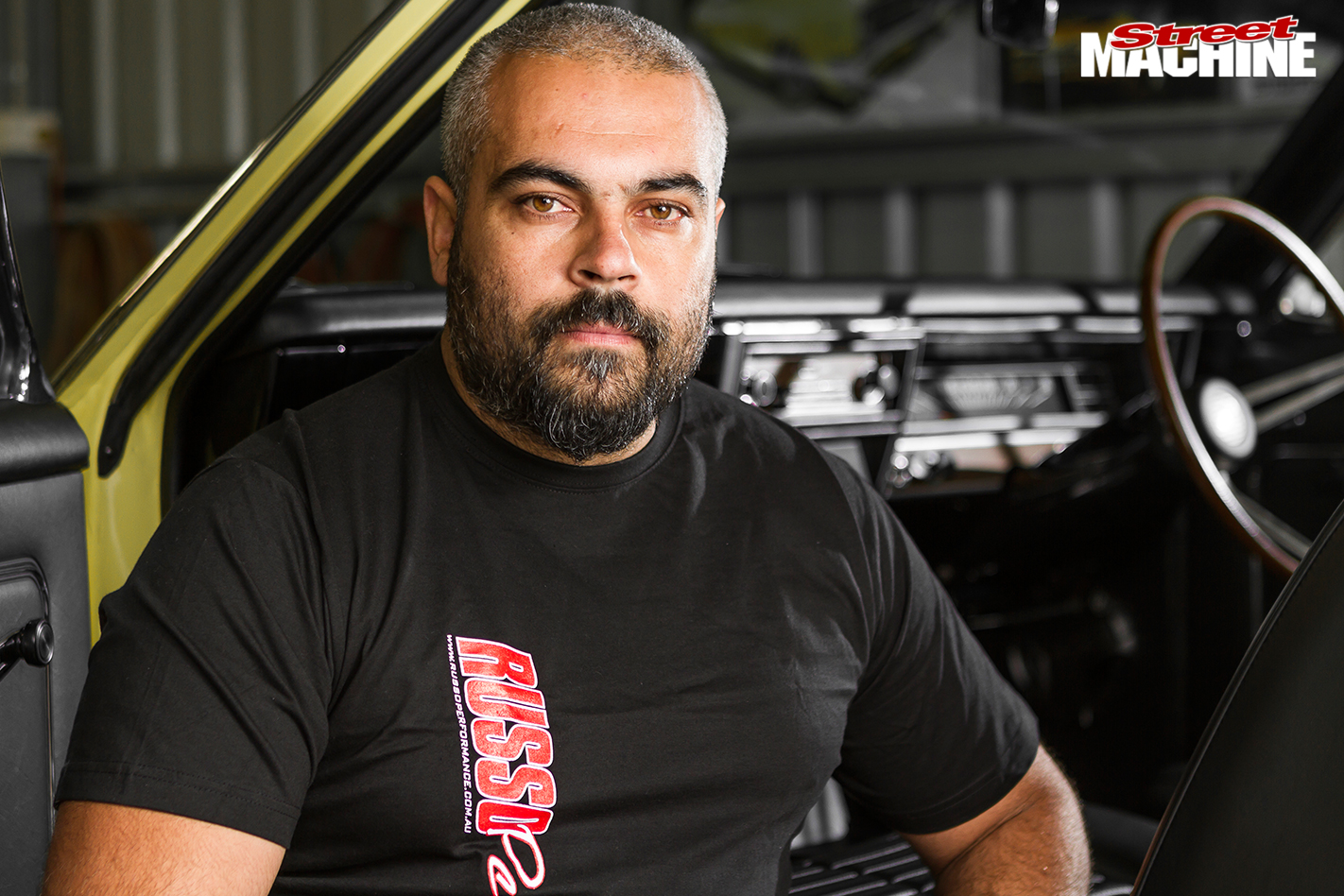