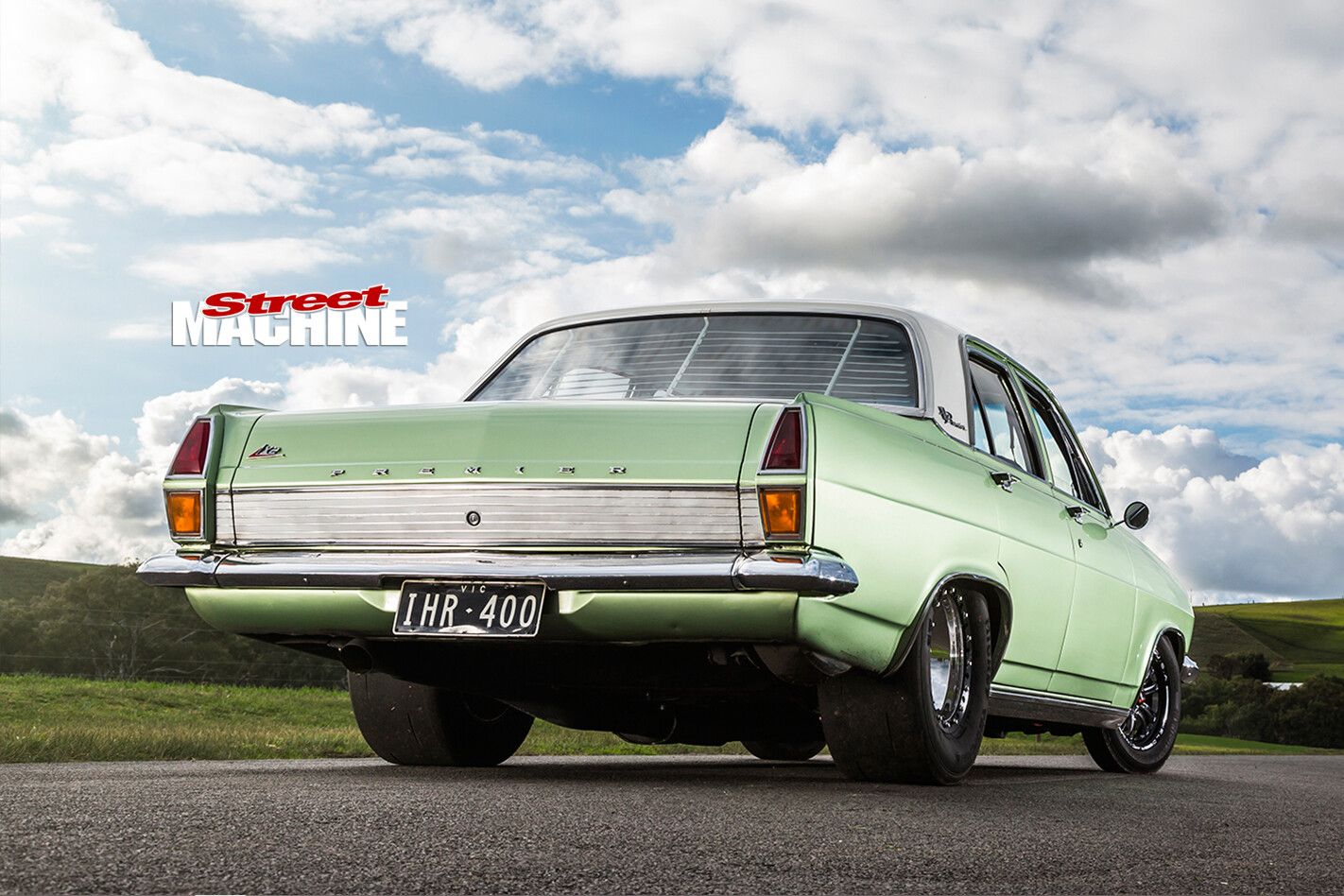 “Raelene pretends she’s angry about all the cars, but secretly she loves it,” Mark Drew laughs. “We’ve been together 24 years; she knew who she was marrying.”

Mark’s had a list of fast Toranas as long as your arm, the quickest of which was his bright orange 622ci LH sedan that ran 8.39@165mph; we featured that in the October 2012 issue of SM. His previous ride, a bright green nitrous-assisted 434ci LC Torana, was also pretty rapid, running 8.78@158mph. Maybe a little too rapid: “The LC was a handful,” Mark says. “LH Toranas are a better working car; they’re better to set up and they tend to go straight.” 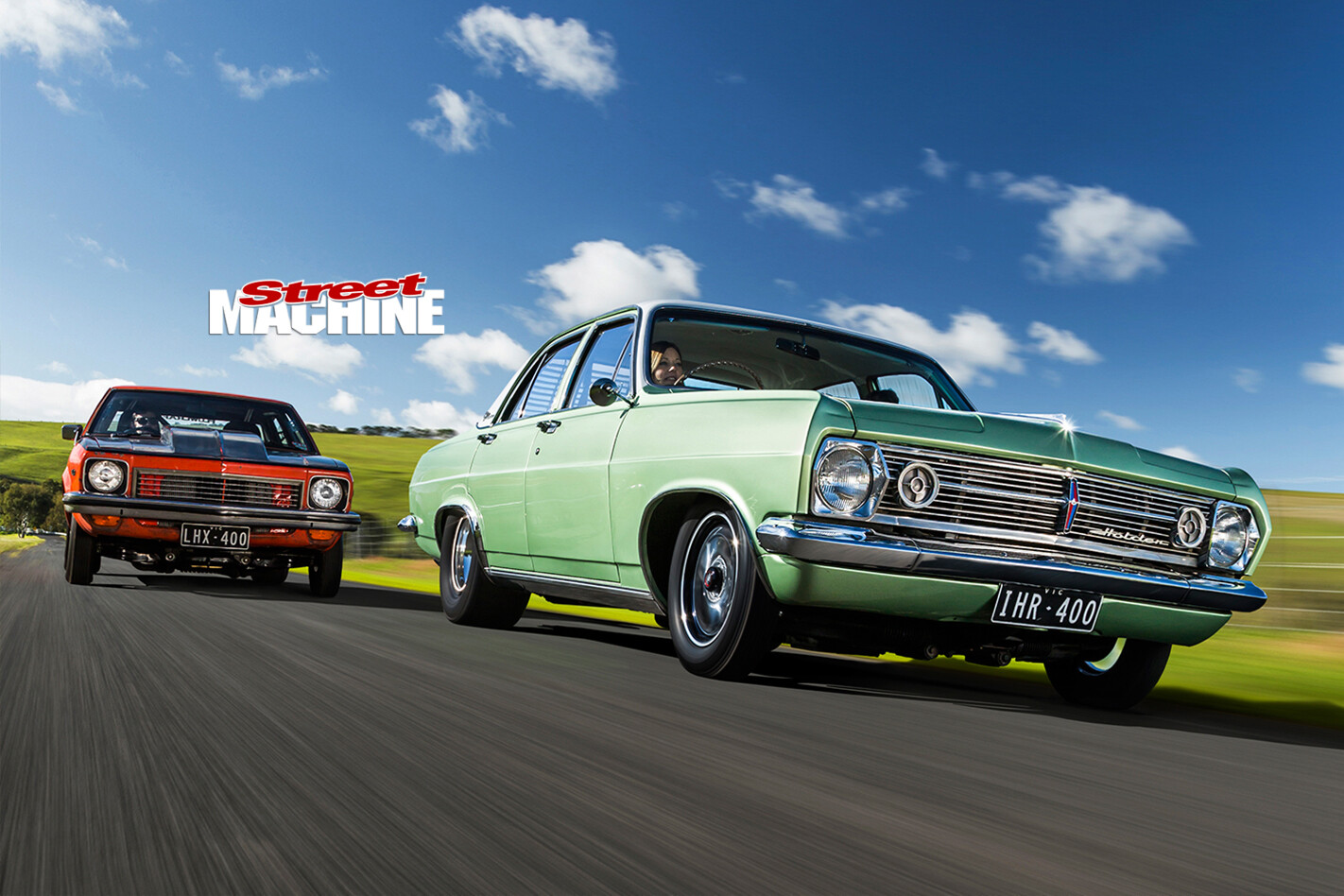 But as quick as the big-cube LH was, it came with its own set of problems. “It was a race car really. It ran on Roo16 and every time you went to race it, it cost $1000 by the time you put fuel in it and all the other stuff,” Mark reckons. “Street cars are where it’s at. They don’t cost anywhere near as much to race and you can still take the family out for a cruise.”

So when Mark spotted this dusty LH SL/R Torana in his mate Greg’s shed, he snagged it for the ultimate street-and-strip combo. 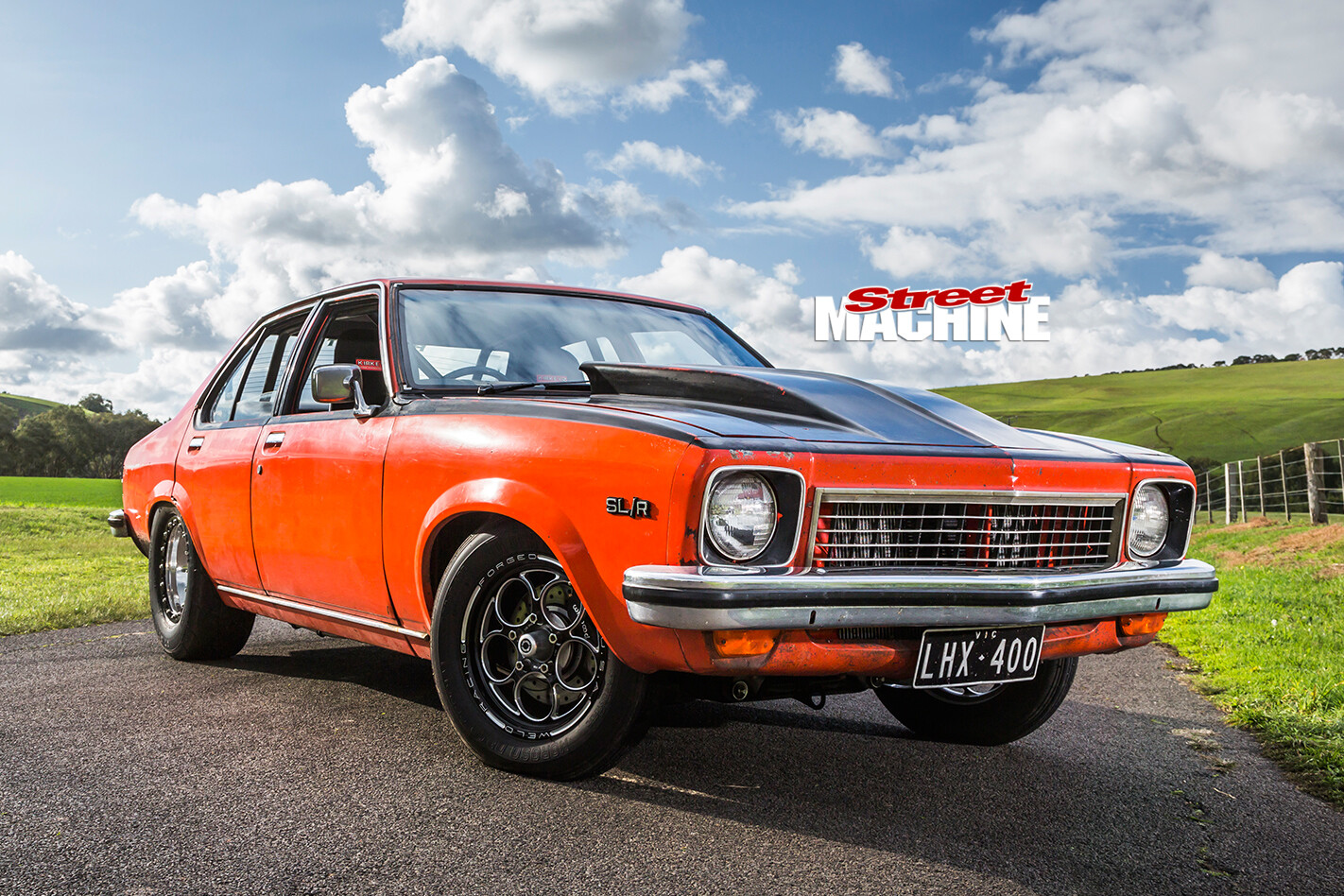 “It had been sitting in Greg’s shed for years. He needed some work done on his Sandman, so we did a trade,” Mark says. “I loved the patina; you can’t have them looking too shiny. It’s got the kind of crustiness that you just can’t buy.”

Back at Casa del Drew, it only took six weeks for Mark and his mates to transform the barn-find Torana into a genuine nine-second streeter. The original Mandarin Red paint was retained, but the boys gave the underside a hit with two-pack and powdercoated the suspension. Up top, the bonnet has been reworked with a cowl induction scoop that’s been matched to the original duco. The engine bay also copped a fresh squirt of paint, so while it may look old and worn on the outside, the engine bay shines like a diamond in a goat’s arse. 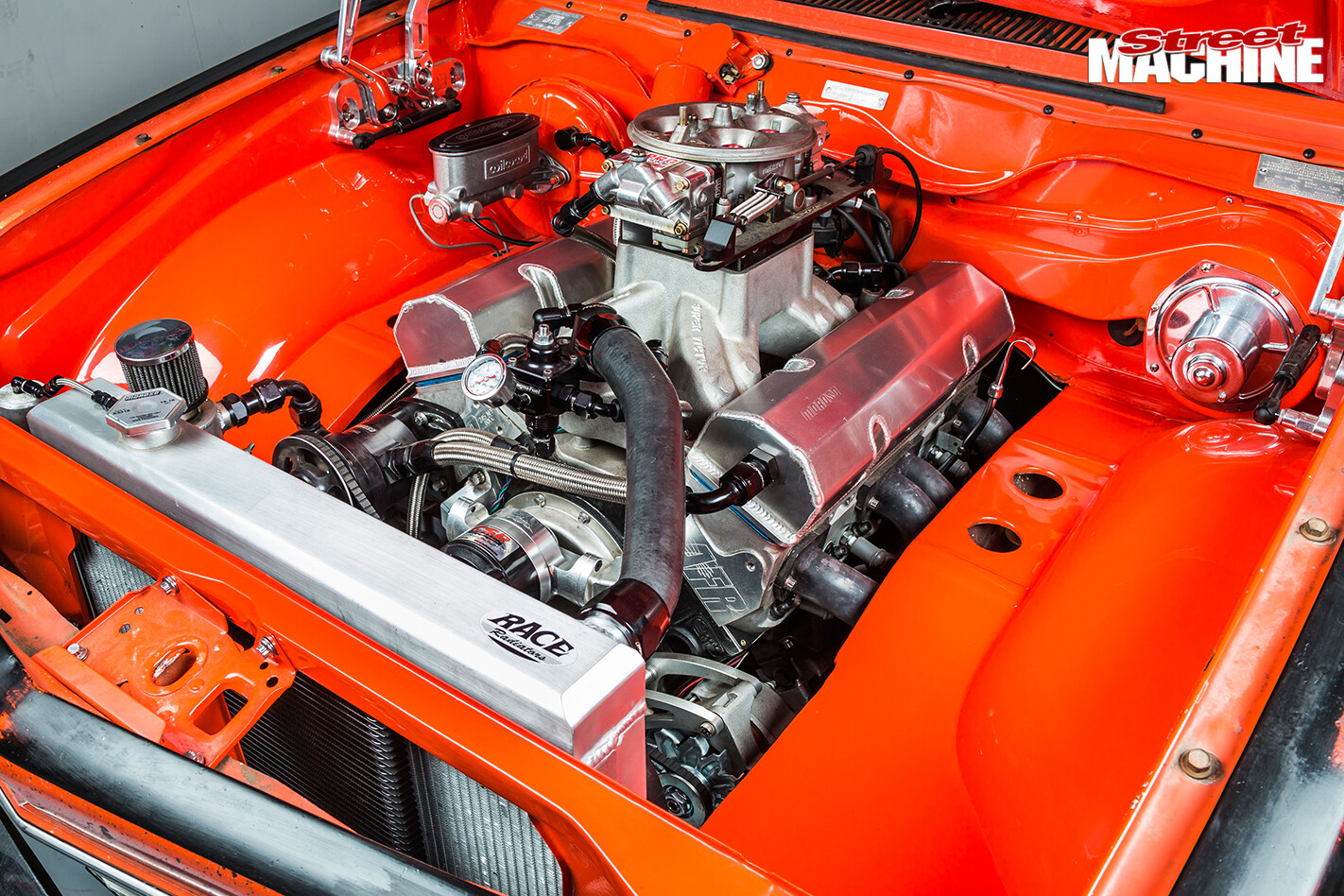 The engine itself is 434 cubes of heavy-duty Chevy muscle. Mark started with a Dart block and filled it with all the good gear, then topped it off with a set of CNC-ported AFR heads. There’s a Super Victor intake with an 1180cfm Pro Systems carb to finish it off, and according to Mark the combo makes around 730hp on BP Ultimate.

What amazed us was the simplicity of the fuel system. The standard steel fuel tank has been modified with a drop-down sump and single fuel line to the Holley HP mechanical pump, which feeds the Magnafuel regulator. There’s no rocket science here, but it’s good enough that the car stands up on the back wheels and boogies down the track to the tune of 9.41@146mph. 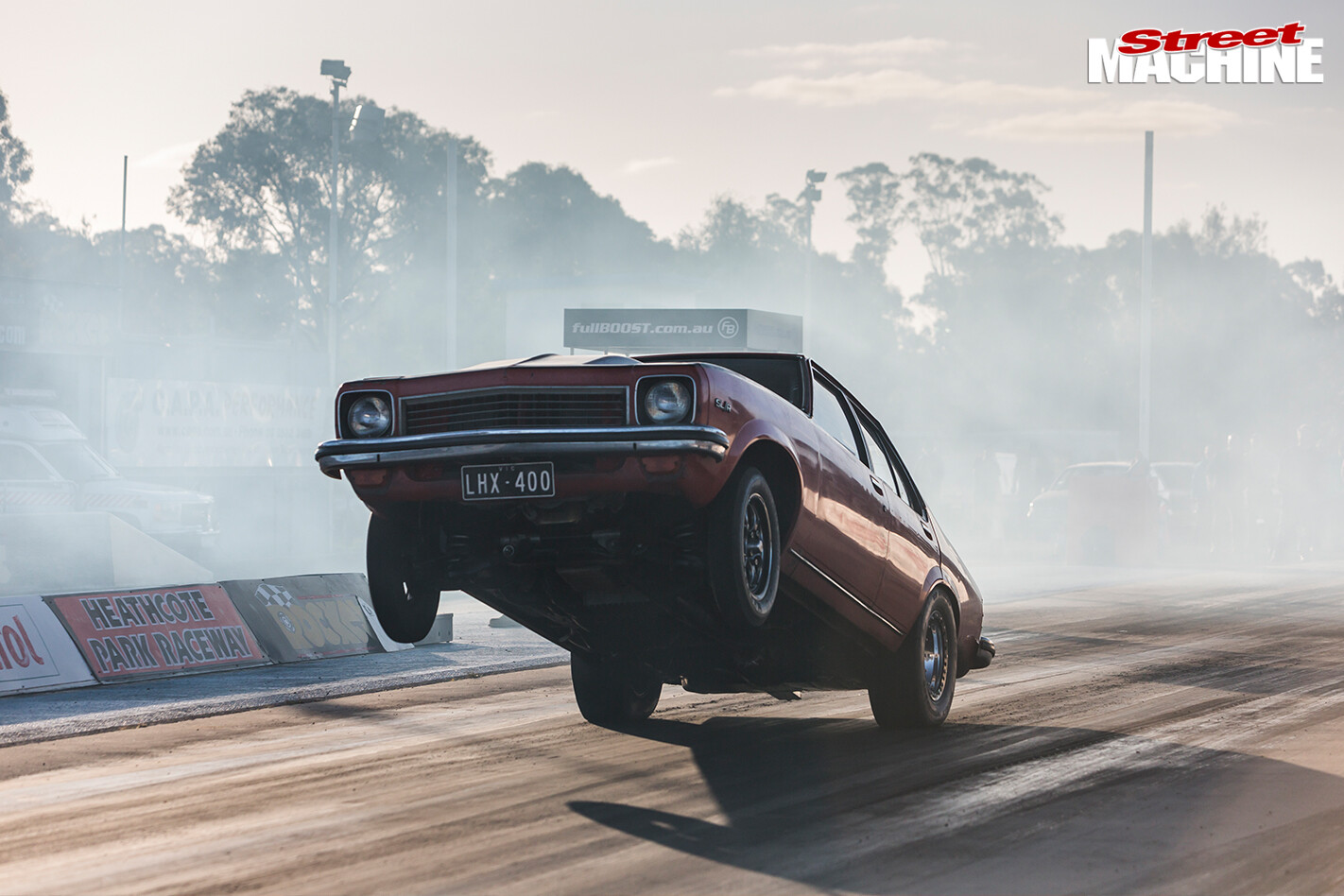 Mark’s not finished either. “It goes faster every time I take it out; I reckon it’ll go 9.20,” he says. “If it does that I might switch over to turbos. I’m an aspirated guy at heart but it’s hard to beat the driveability of turbos.”

It’s a subject Mark had a crash course in when he decided to update his wife Raelene’s Sea Mist Jade Metallic HR Premier with a single-turbo 403ci LS set-up. 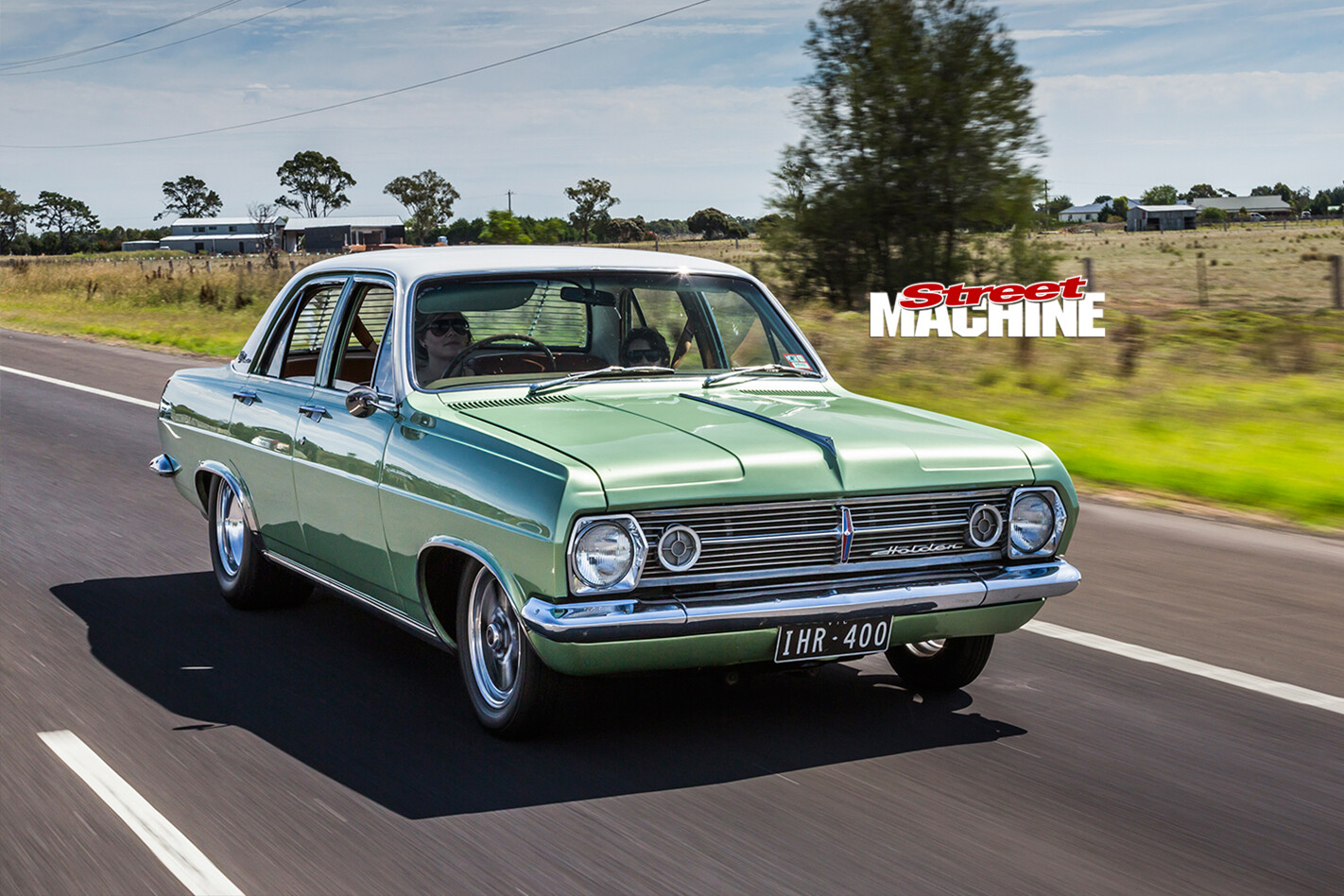 That’s right, the other ride in this dynamic duo is Raelene’s, and don’t be fooled by its flat bonnet and mild-mannered appearance – it’s the quicker of the two. Raelene is the mother of three budding petrolheads – Wil (14), Jude (13) and Kai (9) – and she loves nothing better than cruising with her family.

They bought the car from her brother, who had owned it about 10 years. “He didn’t drive it very often,” Raelene says, “and I really liked it. We used to have an HR Holden before that but Mark sold it, so he bought this one for me. We’ve had it about 14 years now and we call it Henry Rollins.” 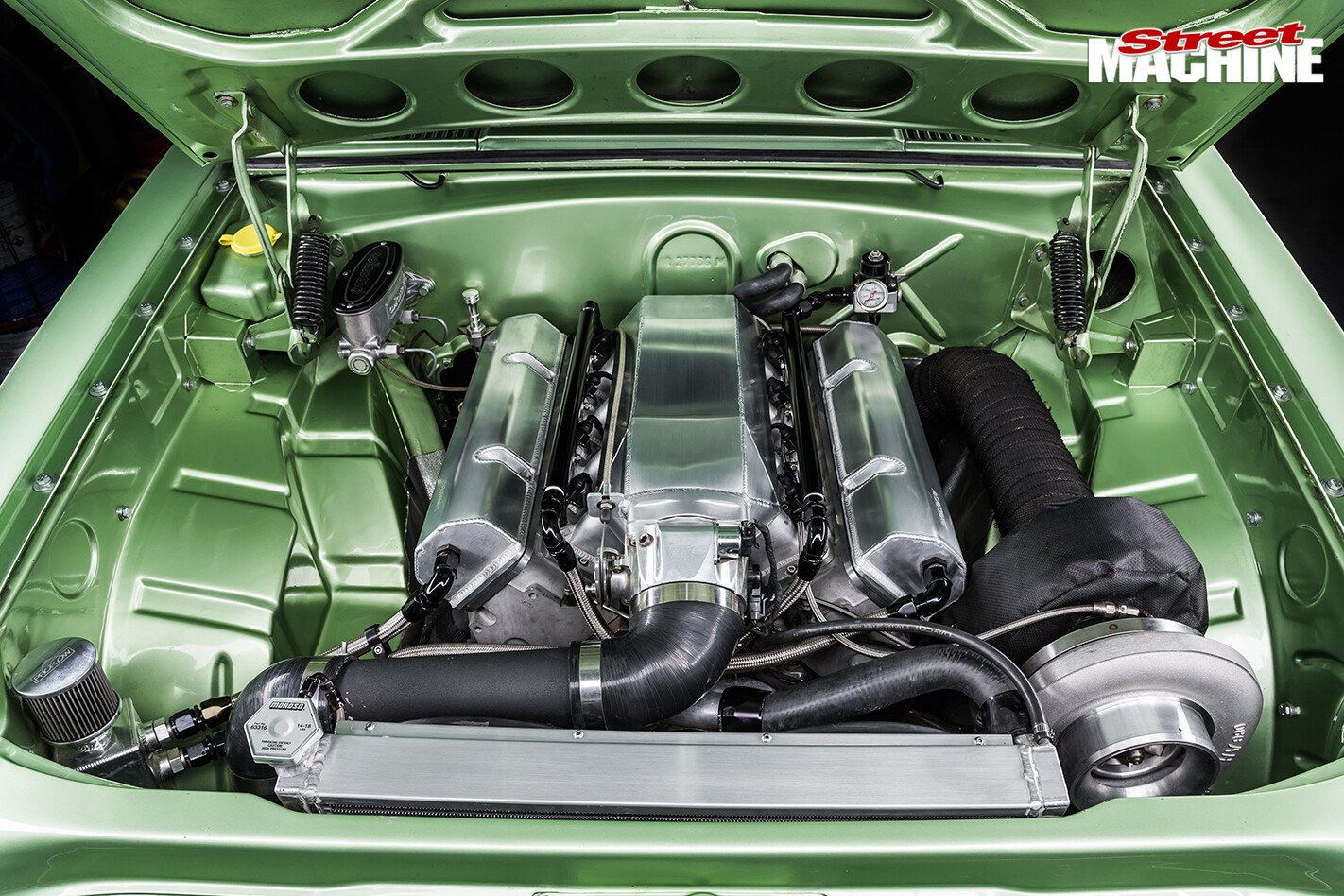 Henry still had a red motor when they bought it, but Mark didn’t take long to bolt a 350 Chev up front. From there it’s been an endless stream of small-blocks, ranging from 350 to 434ci. The HR went 10.68@136mph with a naturally aspirated 400ci Chevy small-block.

“Then the motor died in Raelene’s Statesman,” Mark says. “We got a new motor for that and I had the old one sitting there, so I decided to see how it fit.” 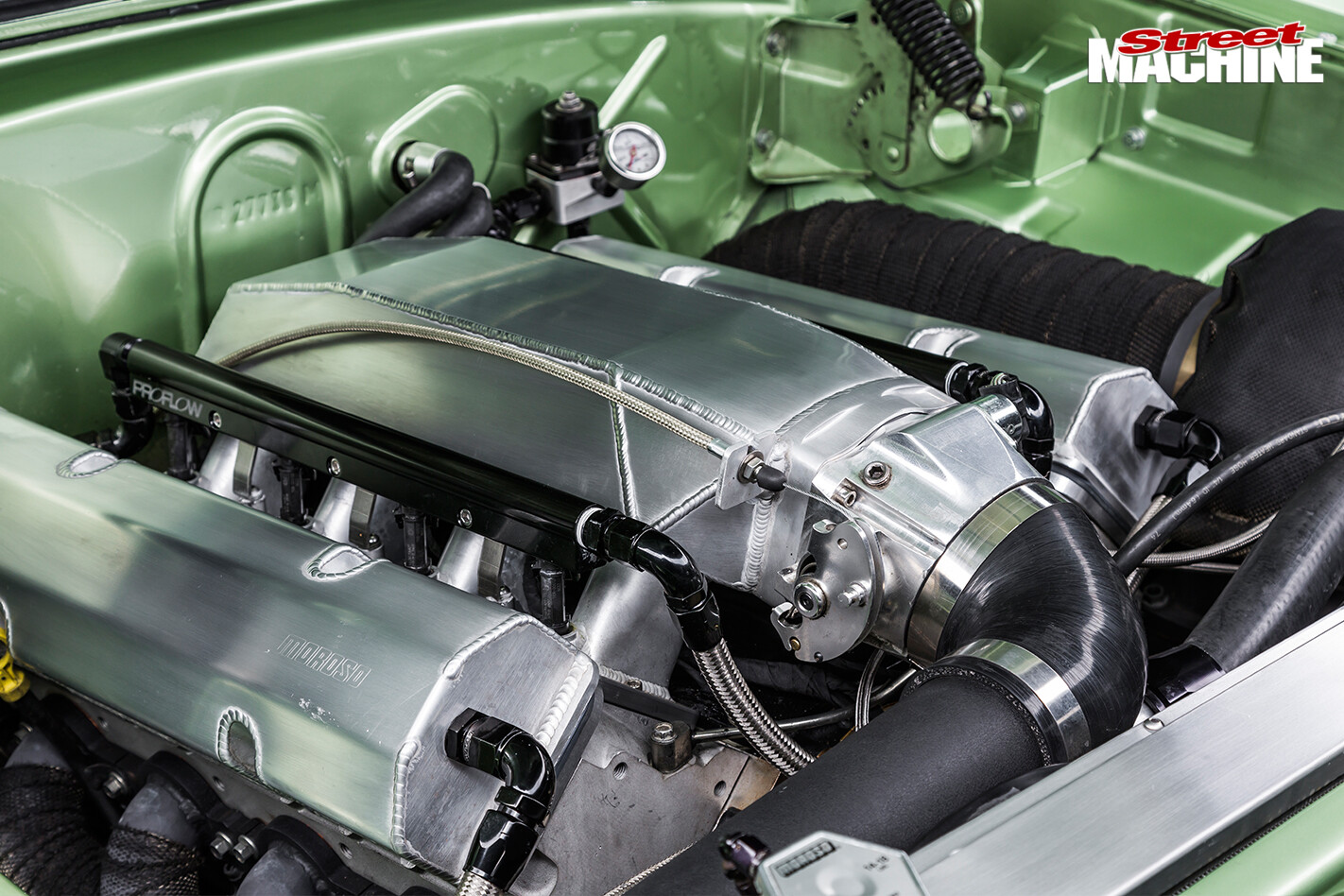 It fit pretty well, as it turned out, so Mark bought a 5.7-litre LS1 for $500 – the old Statesman motor was totally rooted apparently – and bolted an eBay turbo to the side of it, and with 470rwhp they headed for the strip. 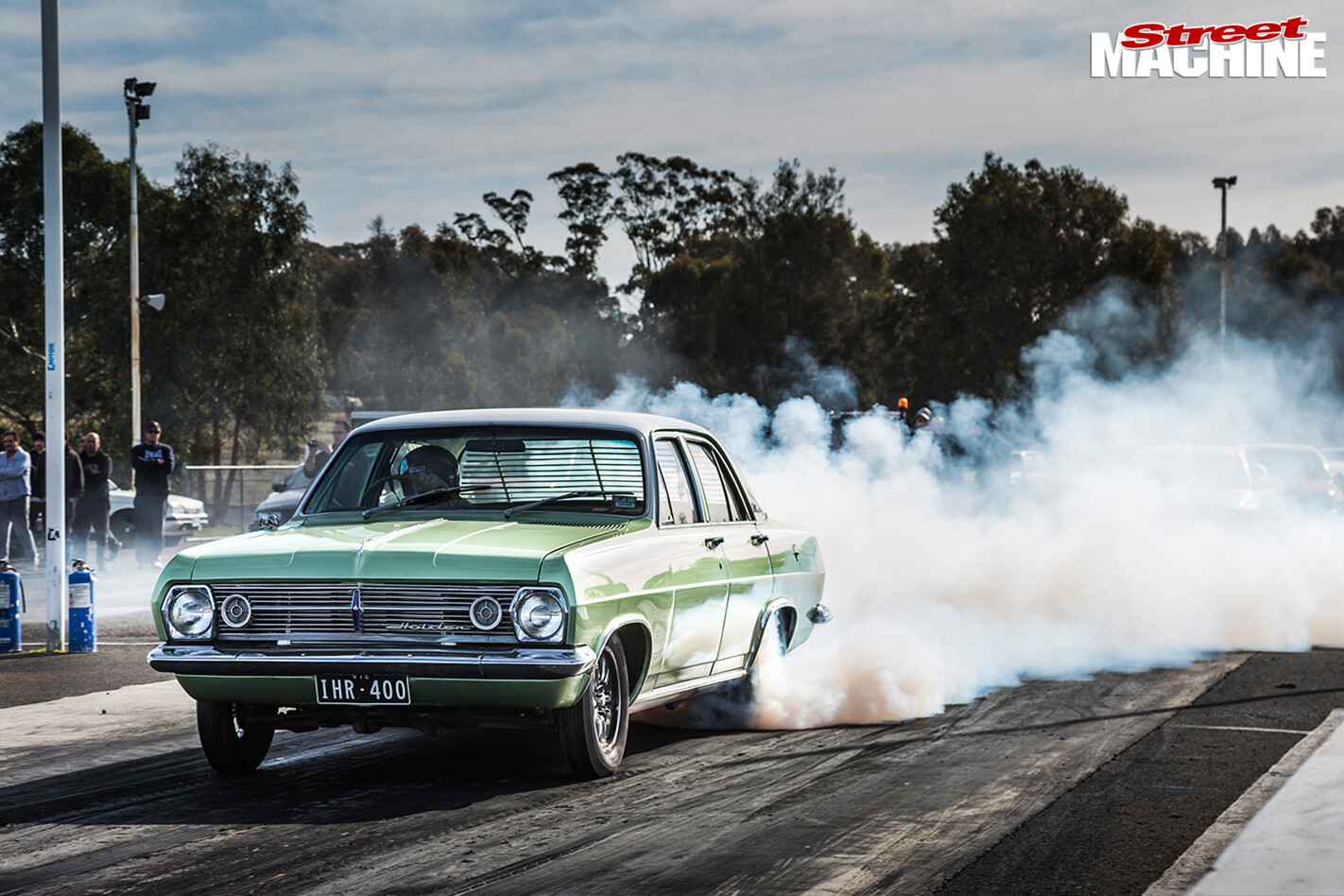 “It went 10.51 on 98-octane with 12psi boost, and then 10.01@137mph on E85 with 14 pounds,” Mark says. “All we changed was the cam and valve springs. It goes to show how strong these things are, and the driveability on the street is amazing, but then you put your foot into it and it turns into an animal.” 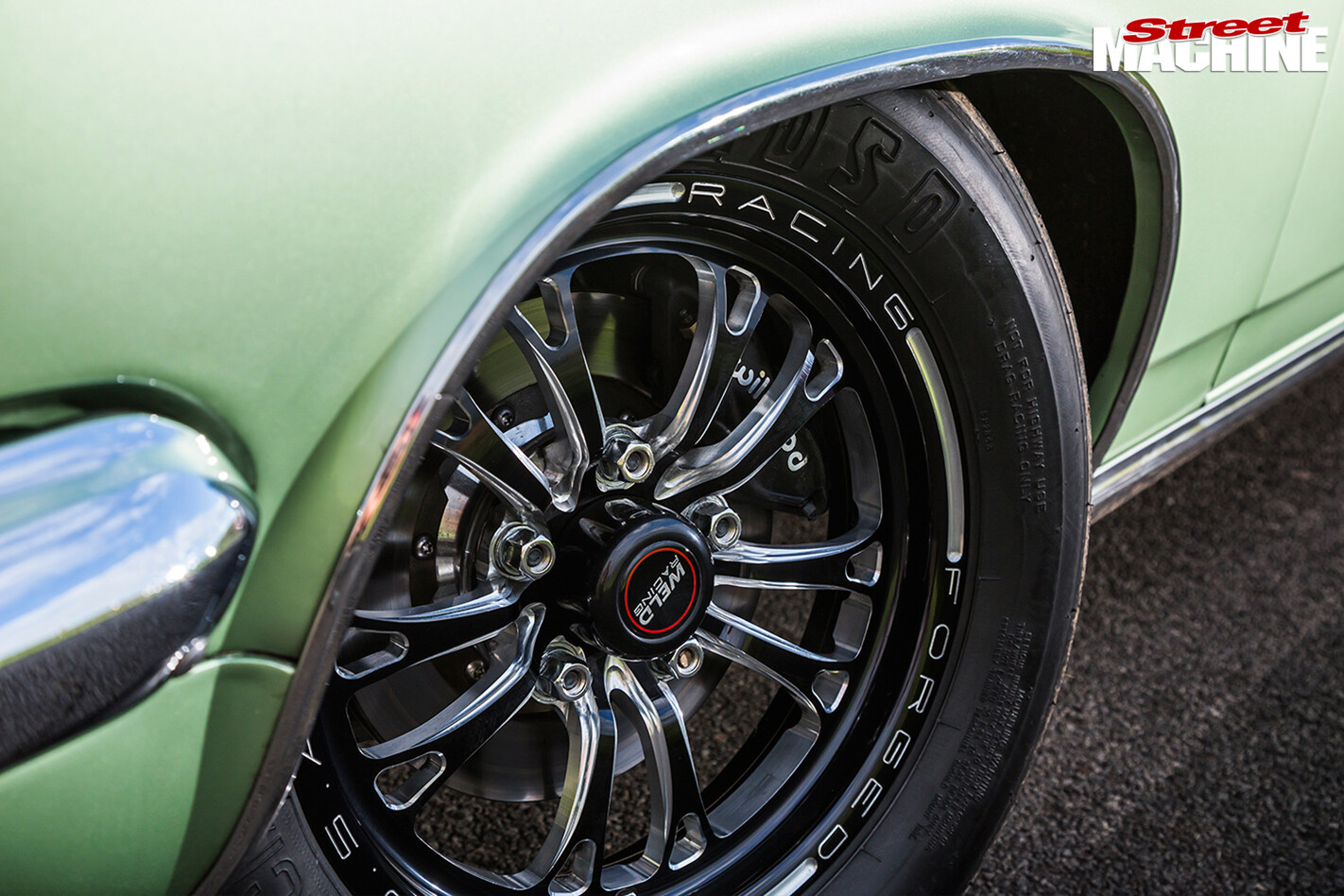 That toe-in-the-water exercise gave Mark a thirst for even more power. So he built a whole new combo using an LQ9 cast-iron block as the foundation. He filled that with a Callies crank and rod package, along with some CP forged pistons to yield 9.5:1 compression. The heads are nothing special, Mark reckons, and the hydraulic-roller cam isn’t even that big, with 235/231 duration at 0.050in. With a new S480 turbo, they cranked the boost up to 18psi with a cheapie air-to-air intercooler and saw 697.1hp at the treads, but in the process revealed some problems. 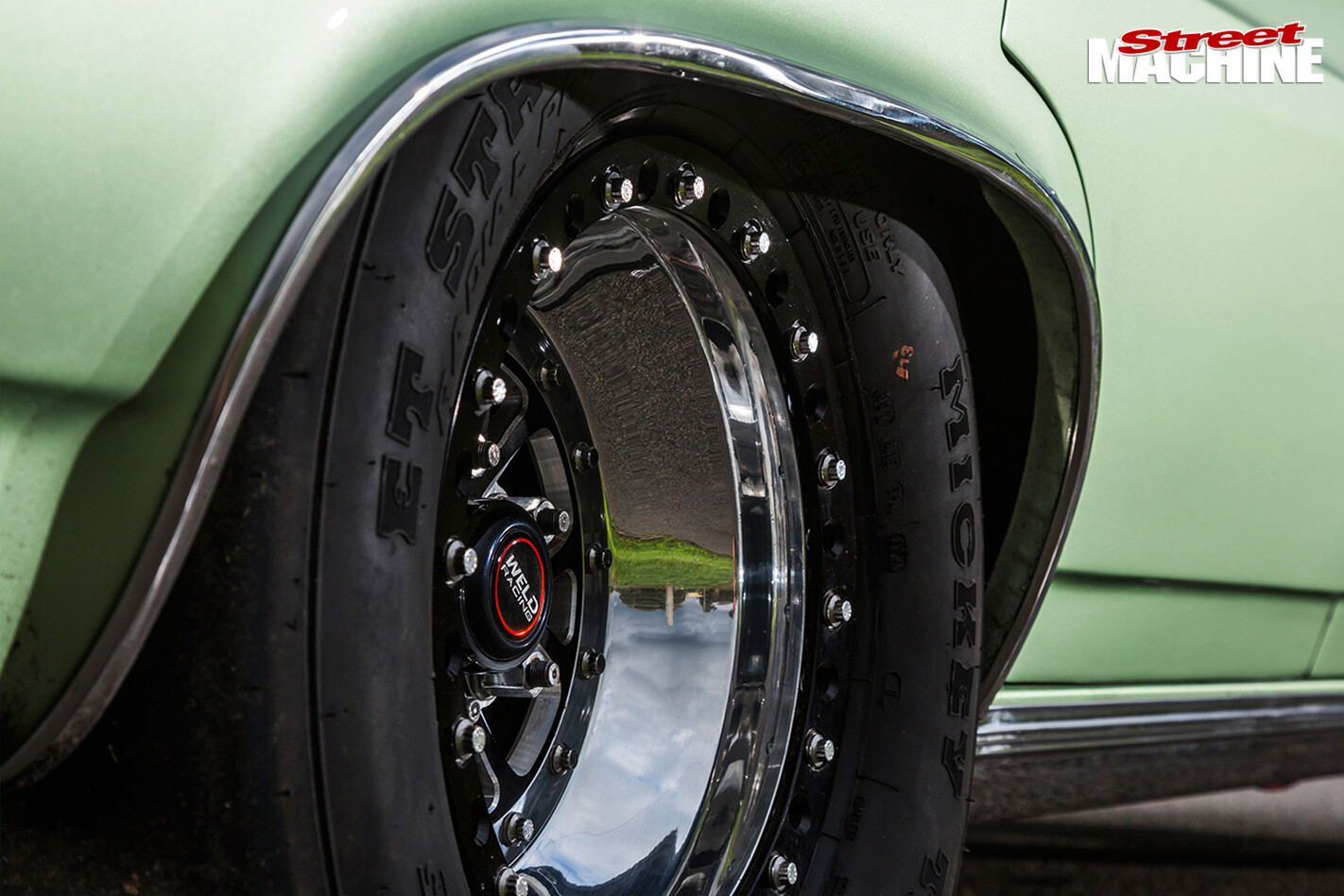 “The inlet temps were killing us. It was pulling timing during the run, but we still went 9.22@155mph,” Mark says.

Since then they’ve changed the rear housing on the turbo and fitted a larger air-to-air intercooler, along with a custom alloy intake crafted by Mark’s brother Rod. At 19psi boost they’re seeing 807rwhp on the dyno at MPW, but without the sky-high intake temperatures. The extra power shaved off almost half a second at the track, with the old HR running an 8.76@160mph. 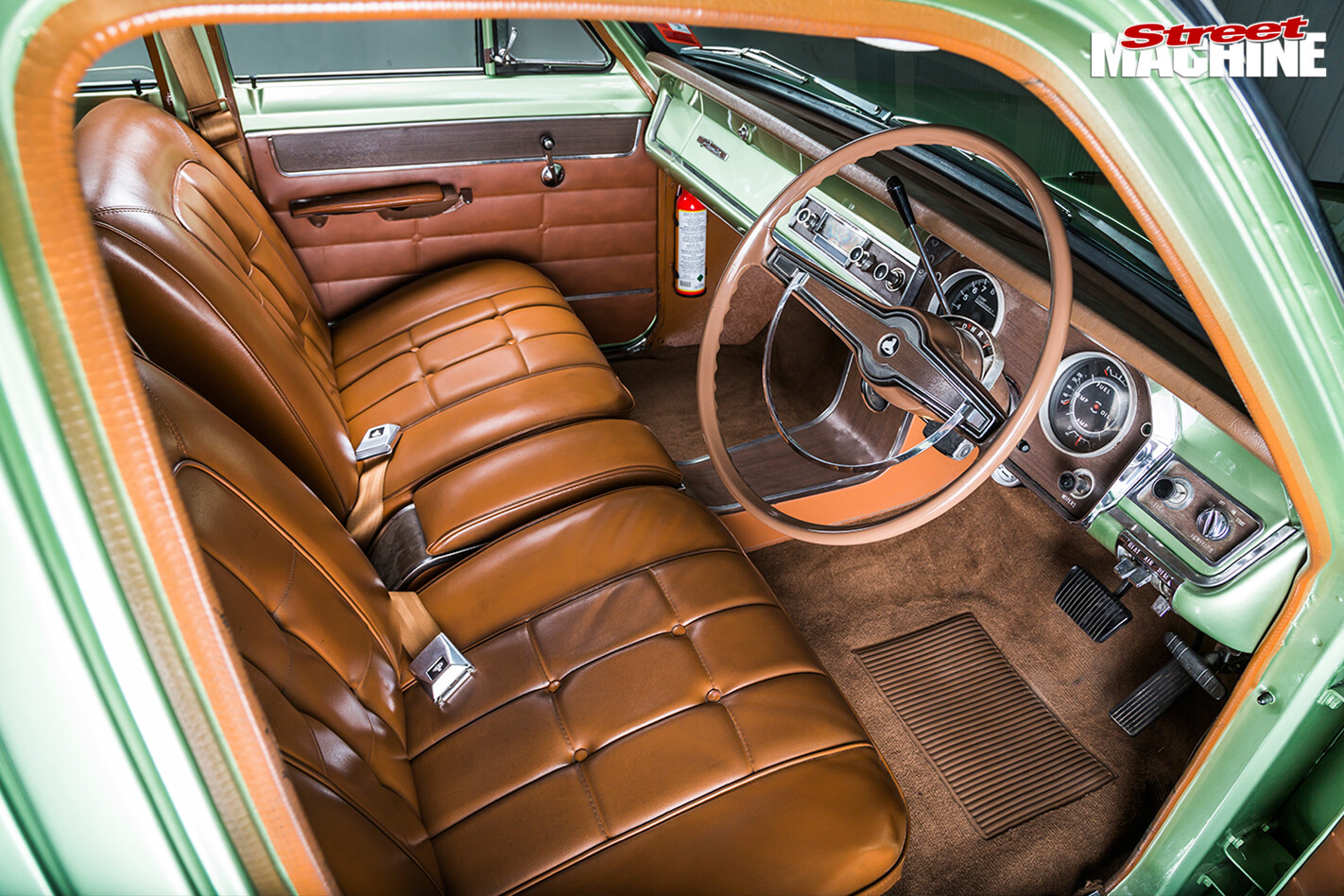 Under the rear there’s a nine-inch with 3.25 gears hanging off the original leaf springs. “We’ve re-set them,” Mark says, “but apart from the extra leaf, they’re the original springs; the shocks are just ordinary Pedders. I’m going to fit a ’cage soon to help stiffen it up, because even with the chassis connectors it’s starting to wheelstand and move around a bit with all that power.” 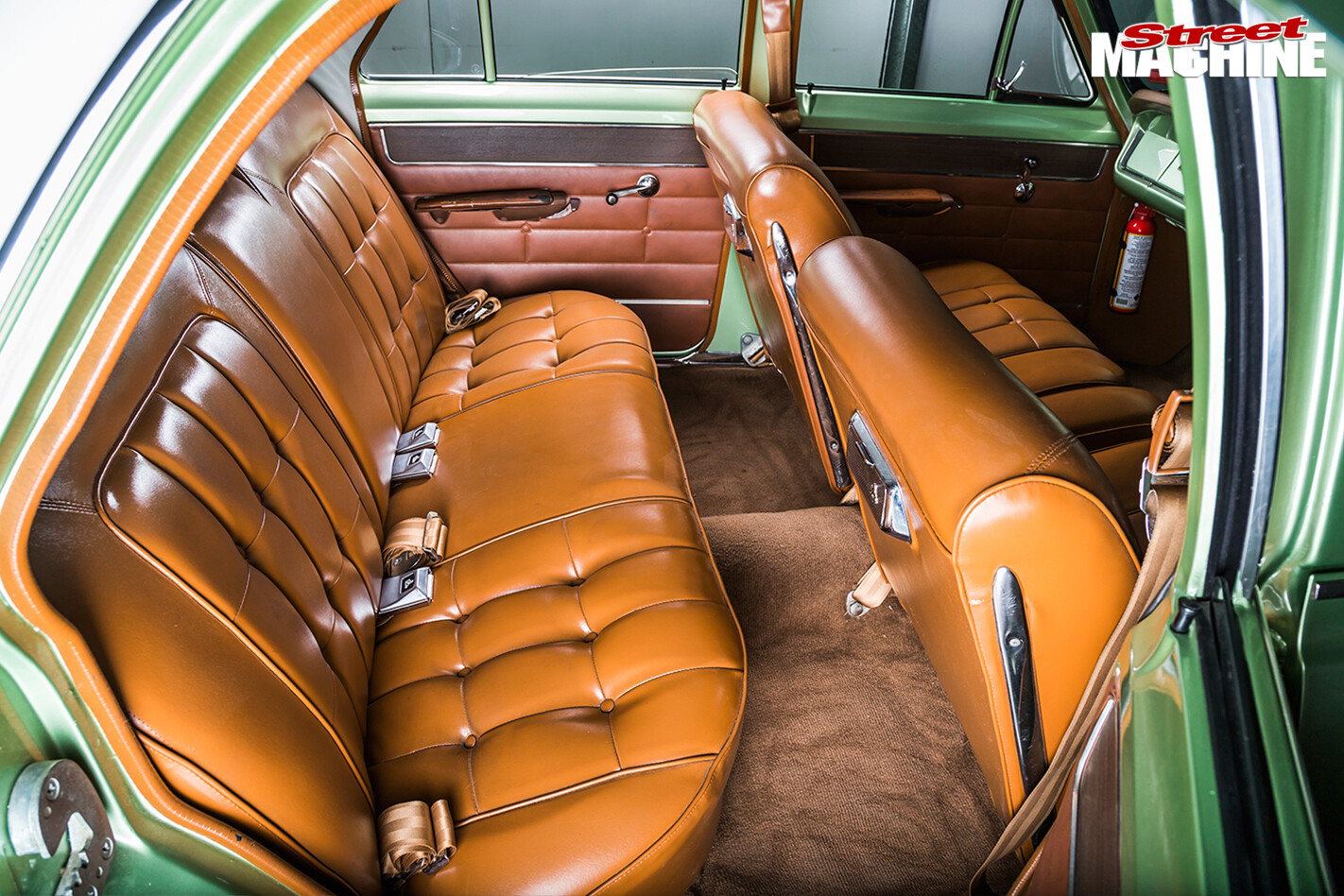 Inside, the HR is like a time-warp back to 1966 with its factory Premier interior, bus-size steering wheel and column shift. It’s not exactly what you would call race-spec. But the column shift only needs to notch up one gear during the run, and the horn in the middle of the steering wheel does double-duty as a transbrake switch. “I’ve got a switch that disables the horn and activates the transbrake circuit,” Mark says. Just as well, as that could be embarrassing on the street, and despite all that speed and power, the HR does still see street duty as a family cruiser. 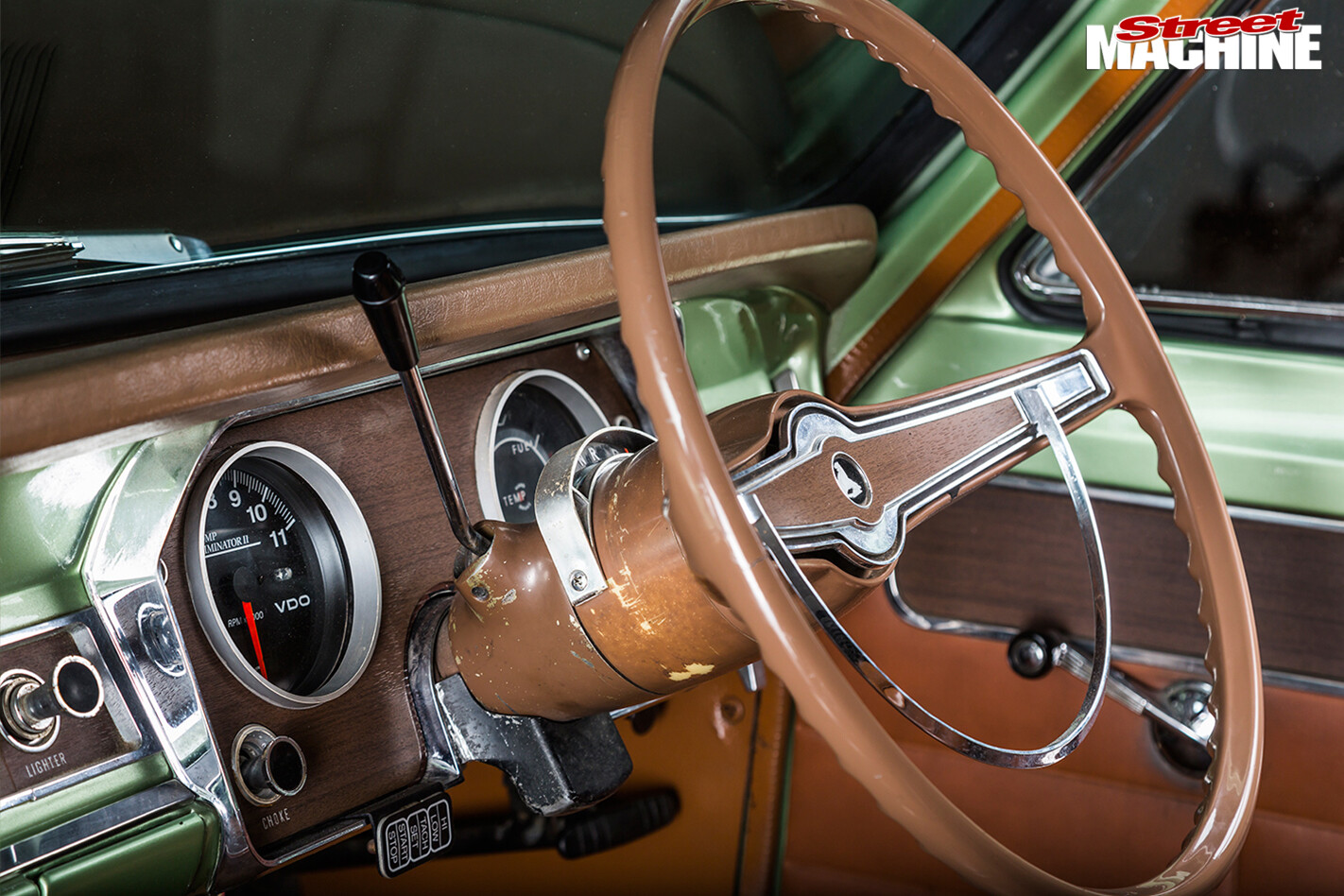 And yep, Raelene still drives it. She hasn’traced it in its current form, but has made plenty of laps down Heathcote’s quarter-mile over the years, with her boys cheering her on from the fence.

See, everything is more fun when you’re doing it with the family.