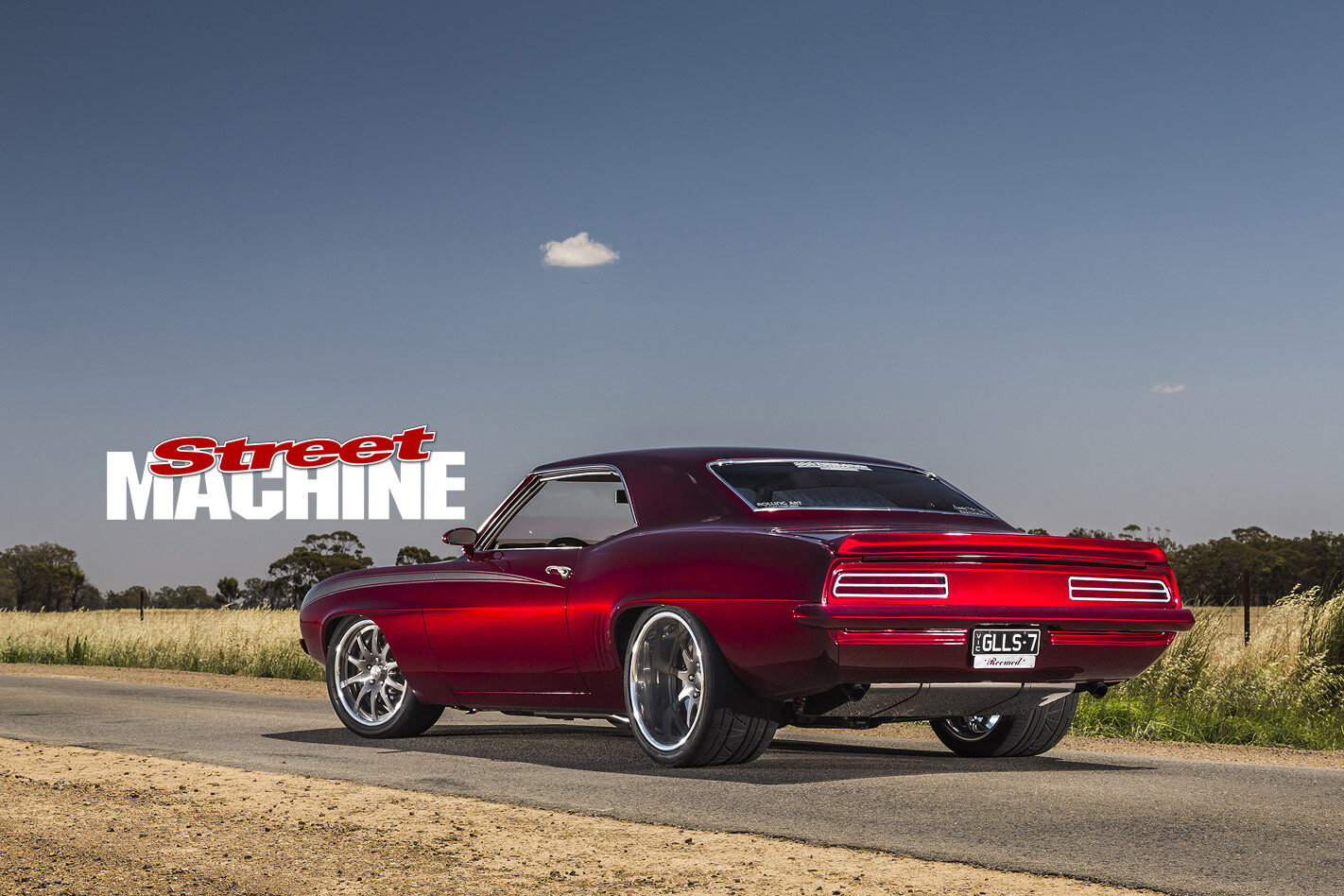 “I always wanted a Camaro since I saw a brand new one at the local Holden dealers in ’67 or ’68,” says Graham, who resides in Bendigo, Victoria. “It was only a matter of time.”

Via the magic of the interweb, Graham imported what was supposed to be a pretty reasonable ’69 SS. “For the money I paid, it wasn’t very good,” he says. “I should have pulled the pin then and there, but what do you do? I was heavily committed. The rust was so bad, it’s easier to list what didn’t need replacing.” So it was off to shop #1 for a ground-up rebuild. Some years later, and after a considerable investment, a very unhappy Graham dragged the far-from-finished carcass from said shop and enlisted Resto-Blast to strip it back to bare metal in order to start again.

Enter Hoota Quality Restorations, who spent countless hours fettling the body into shape (including re-skinning a brand new door), followed by Graham’s good mate Ahron Jeffree from Rolling Art Coachworks, who smoothed out the engine bay and a host of other areas, and completed a bunch of body mods. These gun metalsmiths’ work was then sprayed by Prestige Paint & Panel: House Of Kolor Brandywine over Cinder Red base on the outside, with HOK Galaxy Grey underneath and up into the engine bay. 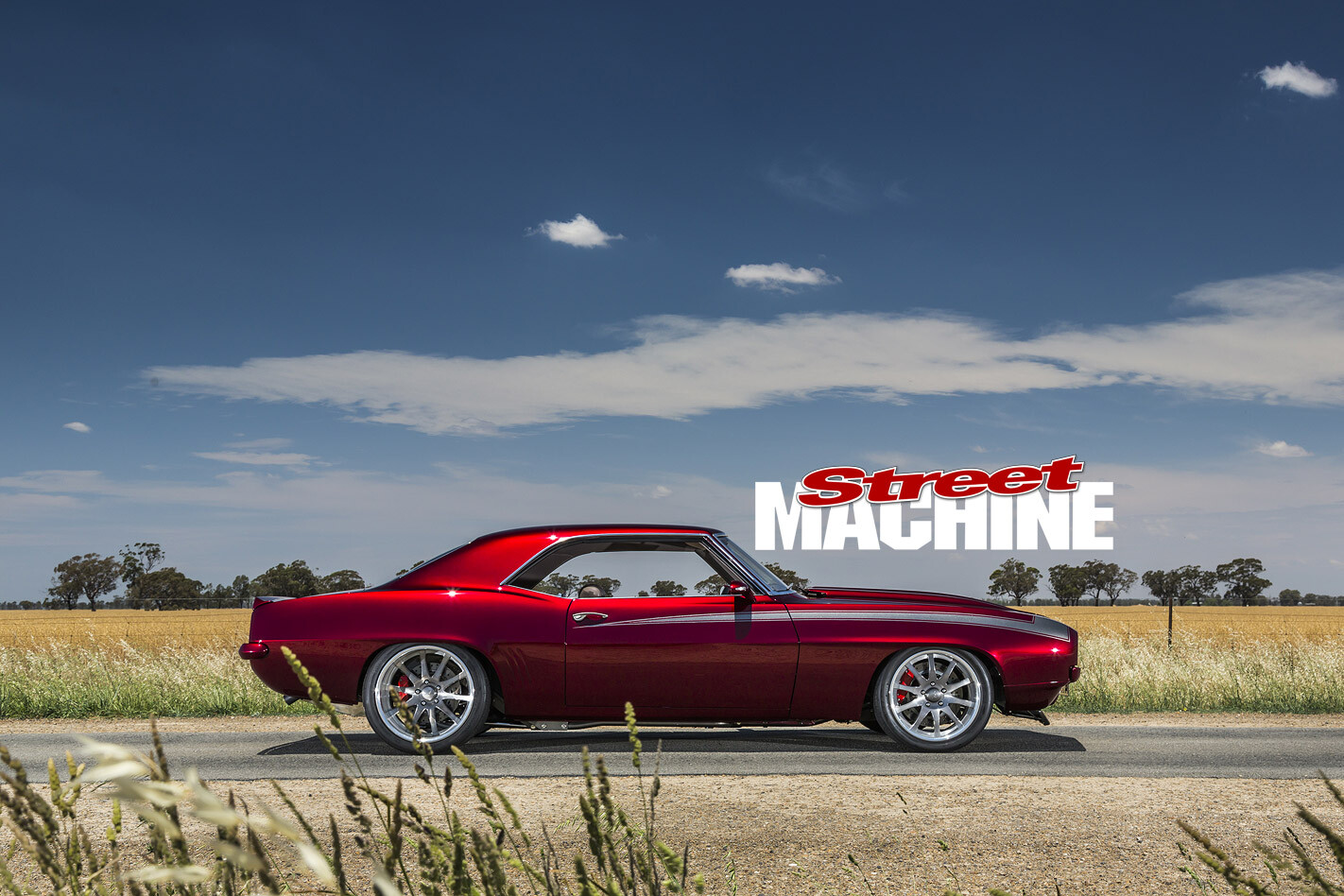 As much as Graham loves classic muscle cars (he used to own a HG 350 Monaro, after all), he wanted his slick Camaro to ride, drive and corner as good as his last project – a warmed-over VE Maloo sporting trick coil-overs all ’round. So it was back to the trusty internet to research Camaro suspension upgrades.

With its light, tubular construction, CAD-designed uprights, power rack-and-pinion and double-adjustable coil-overs, the TCI front chassis clip looked the biz. And once Graham realised it’s the same set-up used by Mary Pozzi (11-time National SCCA Solo Champion and multiple pro touring autocross winner), he had no hesitation in hitting the ‘Buy Now’ button. Before checking out of TCI’s site, he also added their Torque Arm rear end set-up to his shopping cart. 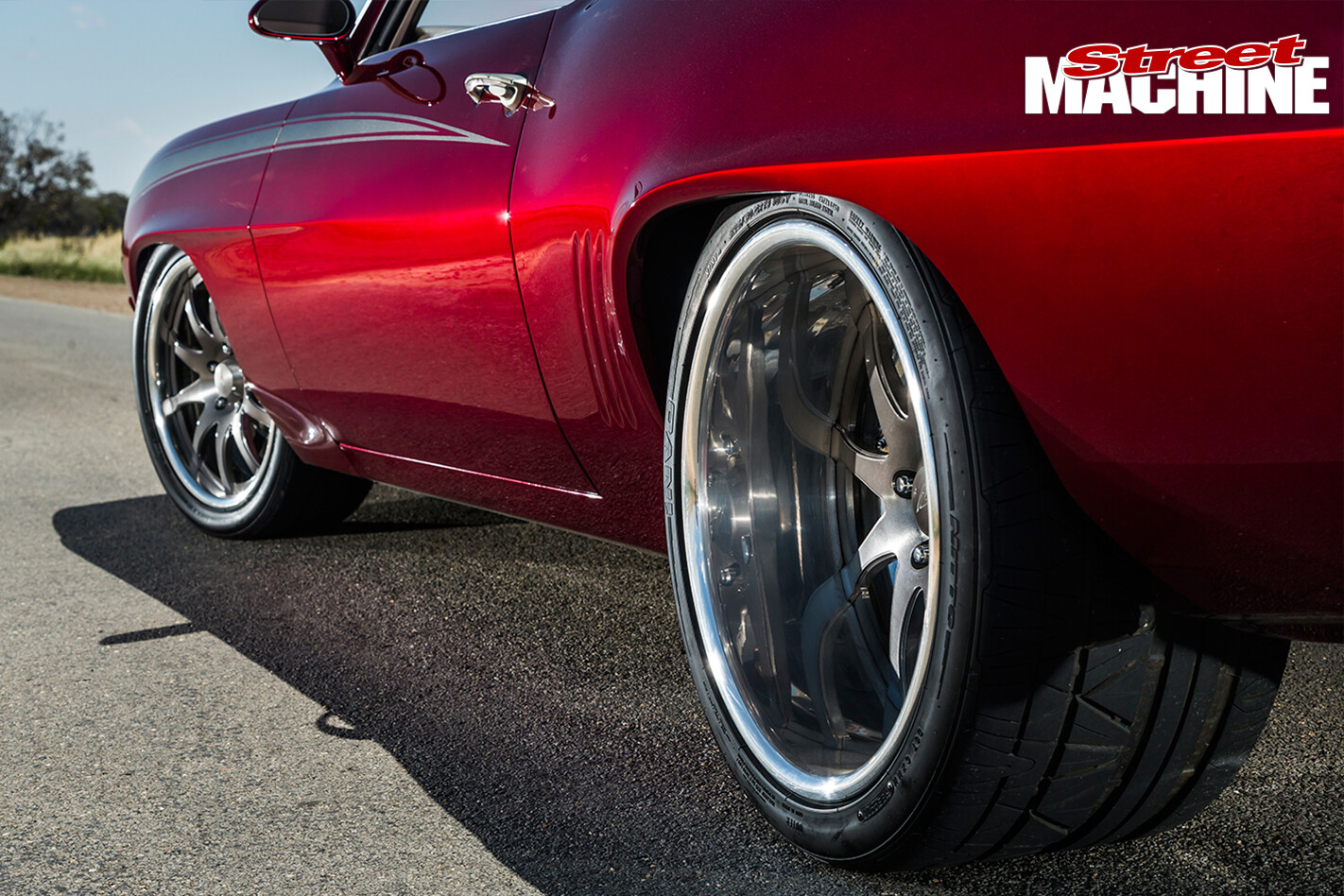 “It all works really well,” Graham says. “The car sits as low as all hell, yet it drives well, handles like it’s on rails and is comfortable to ride in.”

There’s plenty of stopping power, too, thanks to beefy 345x32mm rotors clamped by monstrous six-spot Wilwood calipers up front and 300x32mm rotors and four-spots out back. The hardcore stoppers reside inside gorgeous Rushforth Rated X wheels wrapped in sticky Nitto Invos. 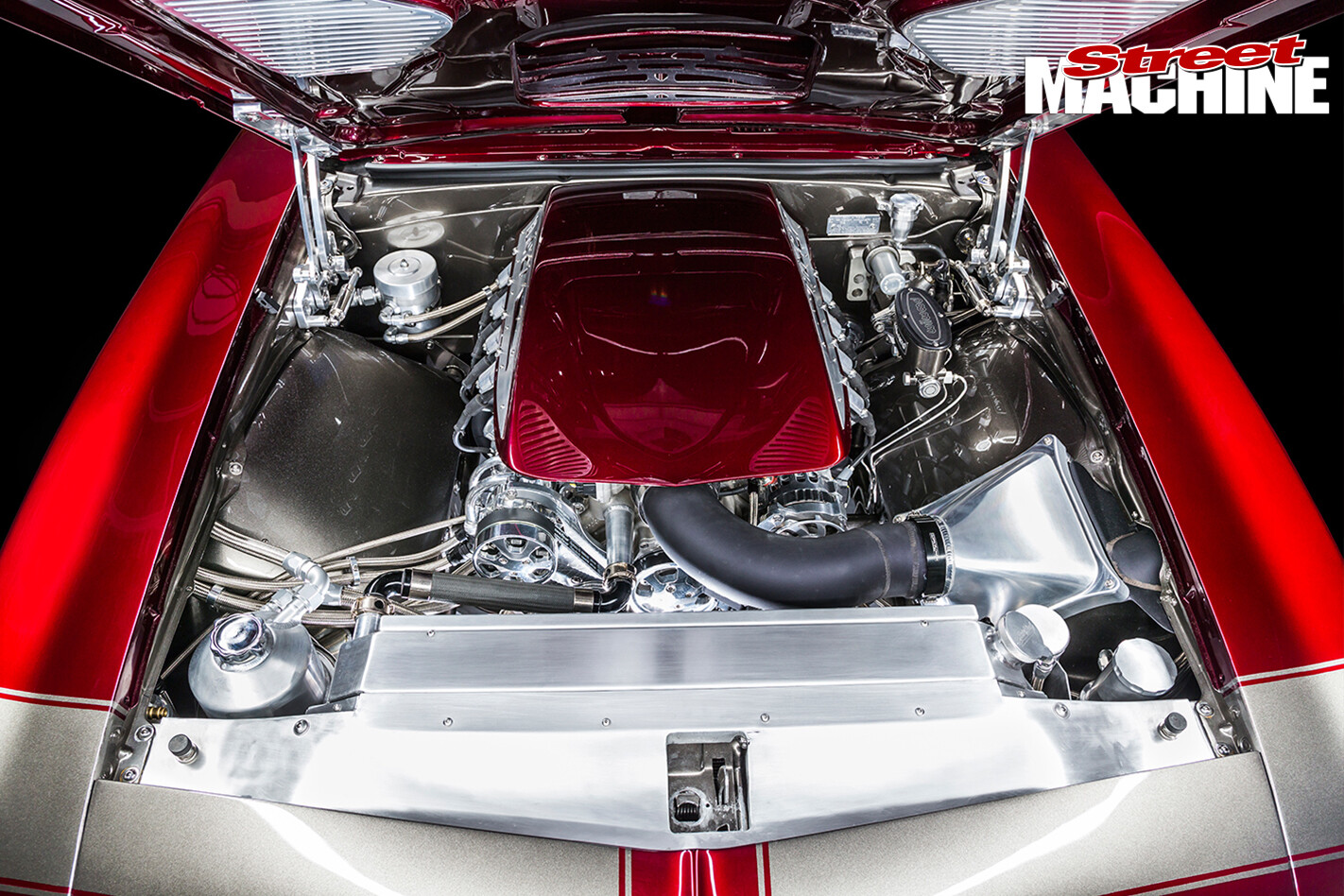 Although Graham wanted plenty of grunt up front, he didn’t want a highly strung, high-maintenance hand grenade. Chevrolet’s legendary 7.0-litre (427ci) LS7 – powerplant for the equally legendary Z06 Corvette and HSV W427 – fitted the brief perfectly. This lightweight, dry-sumped wonder is rated at 505hp (although many believe it’s more like 550) and may well be good for even more now thanks to the free-flowing headers and exhaust by Craig Pearce. The plaque attached to Graham’s LS7 states it was built by Andrew Wadsworth at GM Performance, Wixom USA, and it was then shipped Down Under by Street & Performance, who also supplied the wiring harnesses and GM E38 ECU, programmed by Dale Paterson Motorsport. 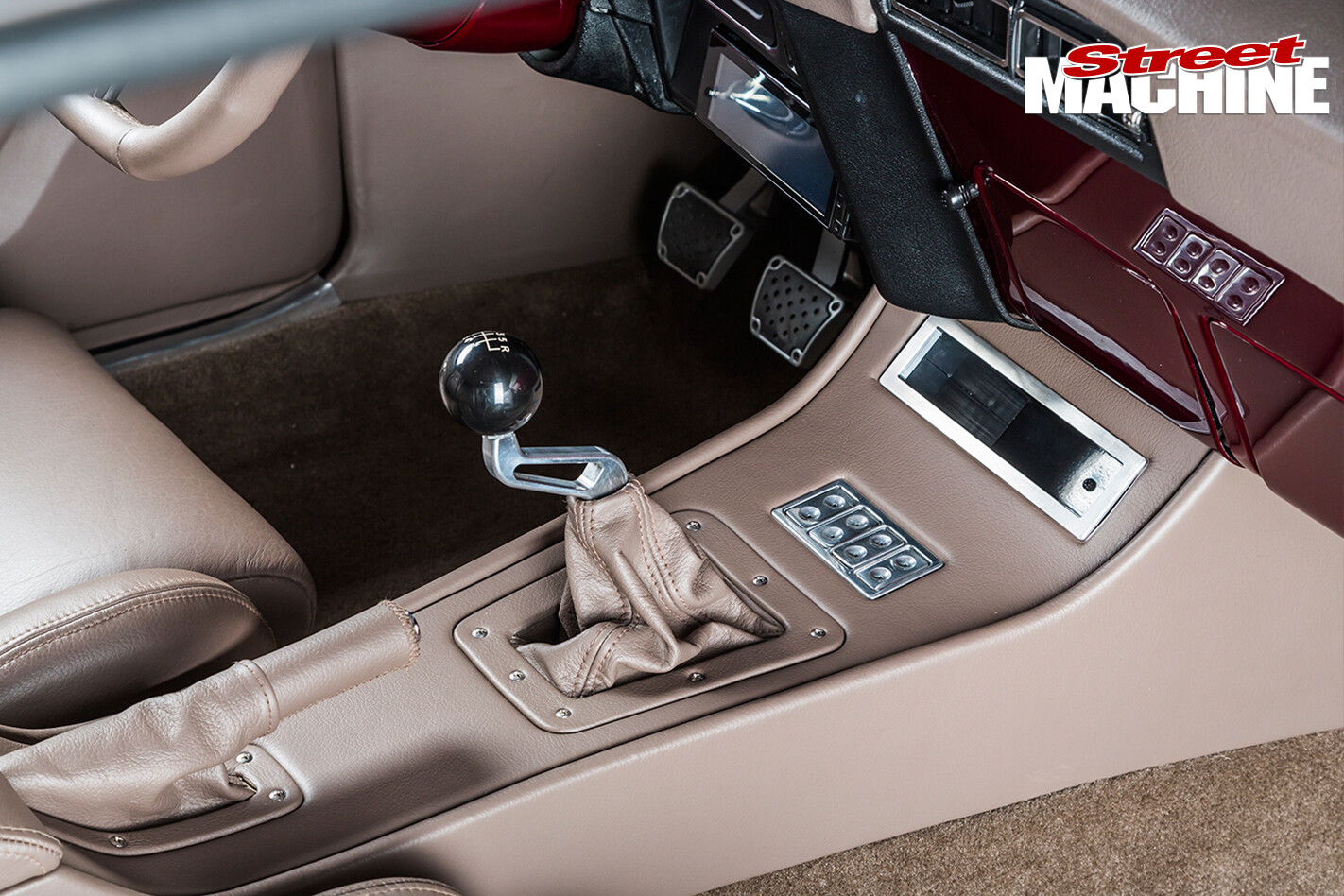 Inside, you’ll note the stubby billet shifter attached to the Magnum six-speed, along with a very trick Clayton Machine Works billet pedal box that’s very similar to what you’ll find in most serious circuit racers. Other highlights include Dakota gauges, push-button start, Flaming River steering wheel and around five hides’ worth of Bridge of Weir leather. 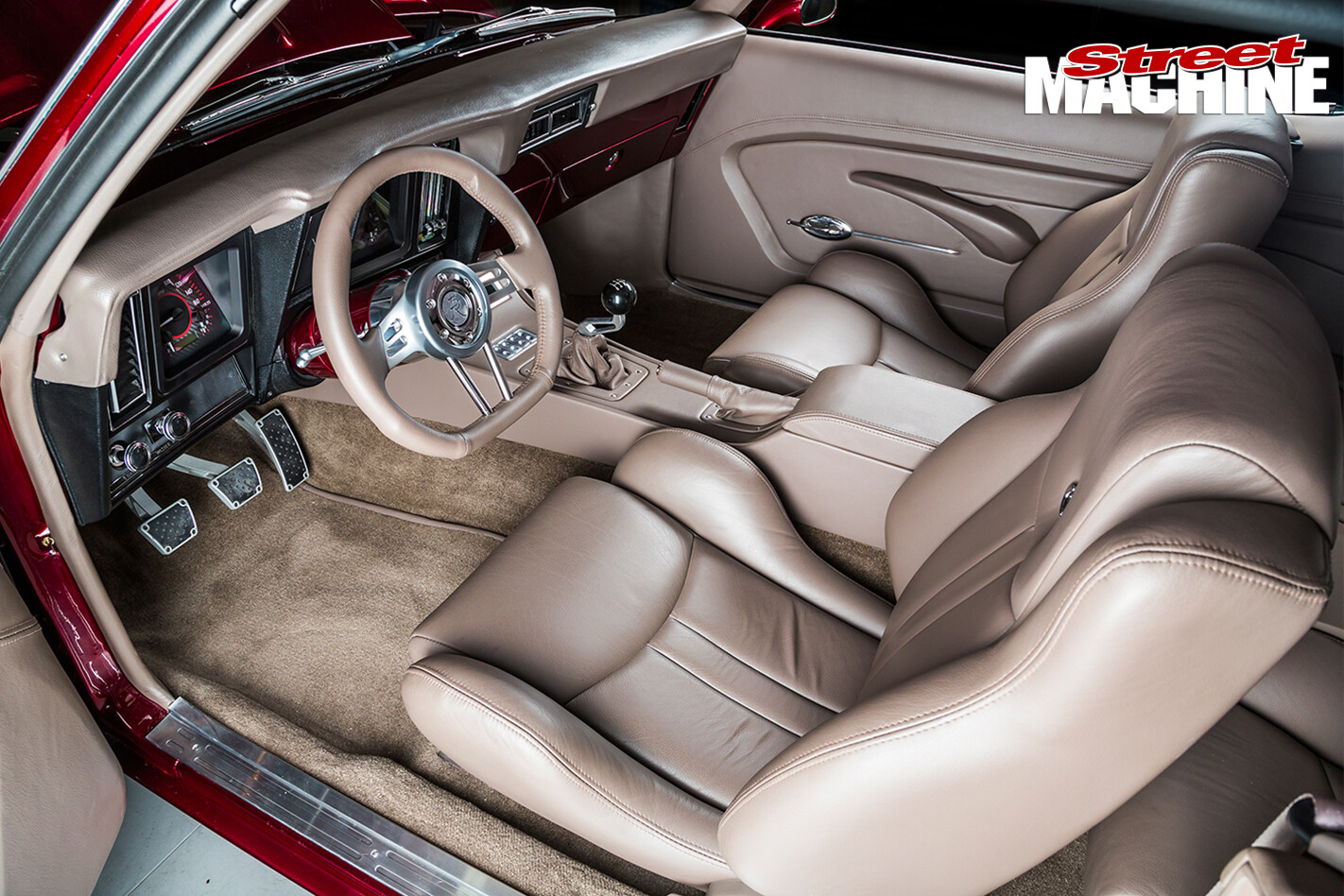 Graham was well aware of the excellent work that Dantrim in Bendigo does, so all the trim – other than the custom console from The Trim Shop and the radically modified rear seat by Graham and friend Daryl Gray – is Dantrim’s work. The design and execution blew Graham away, and had a similar effect on the Meguiar’s MotorEx judges, who awarded REEMED the Interior Silver Medal of Excellence. 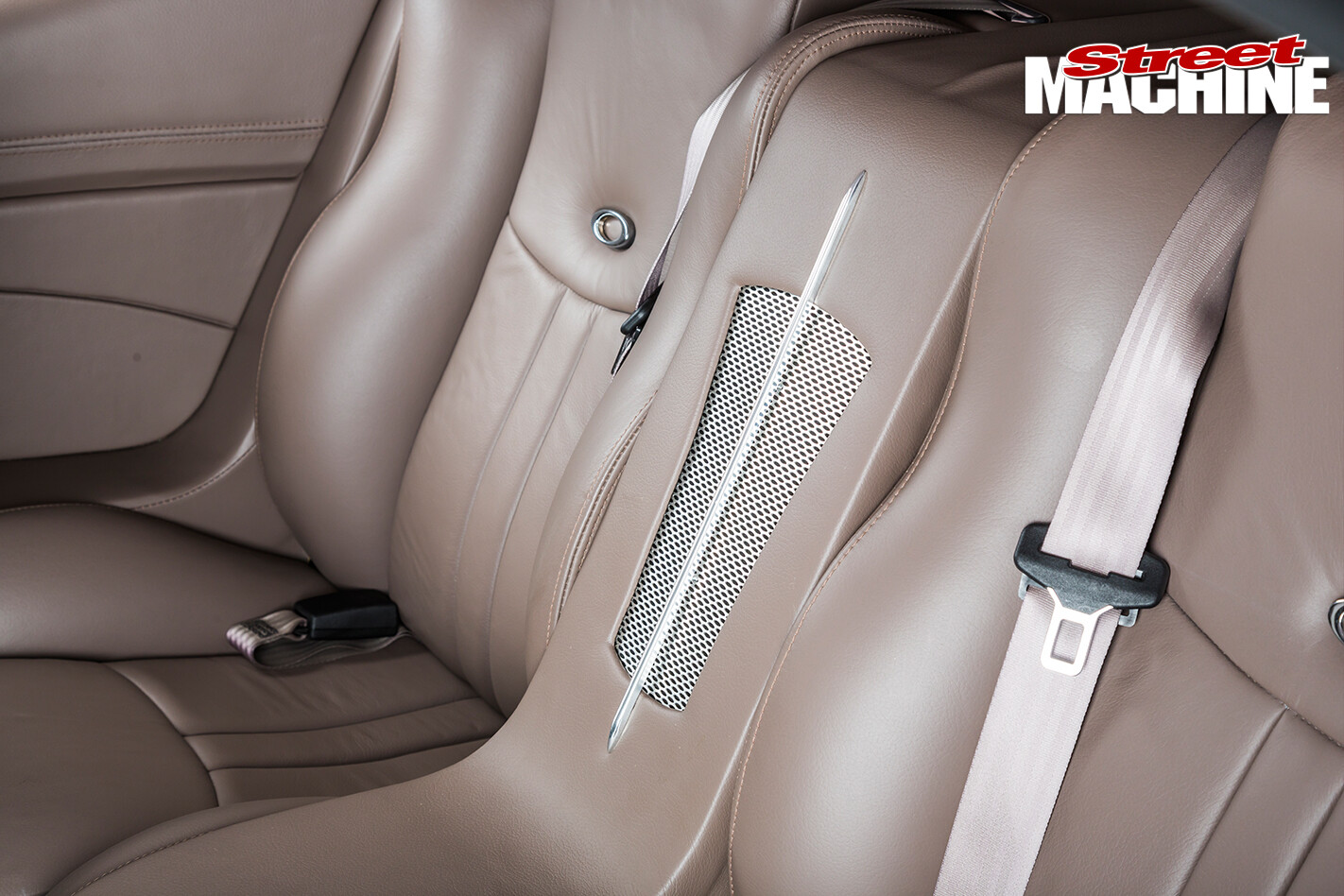 True to its build philosophy, REEMED is a full-on streeter, not a wannabe circuit racer with plates. When Graham unveiled his masterpiece at MotorEx Melbourne in 2014, he overheard a few comments along the lines of: “Bet he never drives it.” To prove those naysayers wrong, not to mention for the sheer, grin-inducing fun of it, Graham and bodyman Ahron road-tripped REEMED from Bendigo up to Sydney for MotorEx 2015.

“It was nine hours of absolute shit weather,” Graham says. “It took us almost as long to get it cleaned up for the show once we arrived. But I love driving it; it’s awesome out on the highway, especially when you bury the boot.” 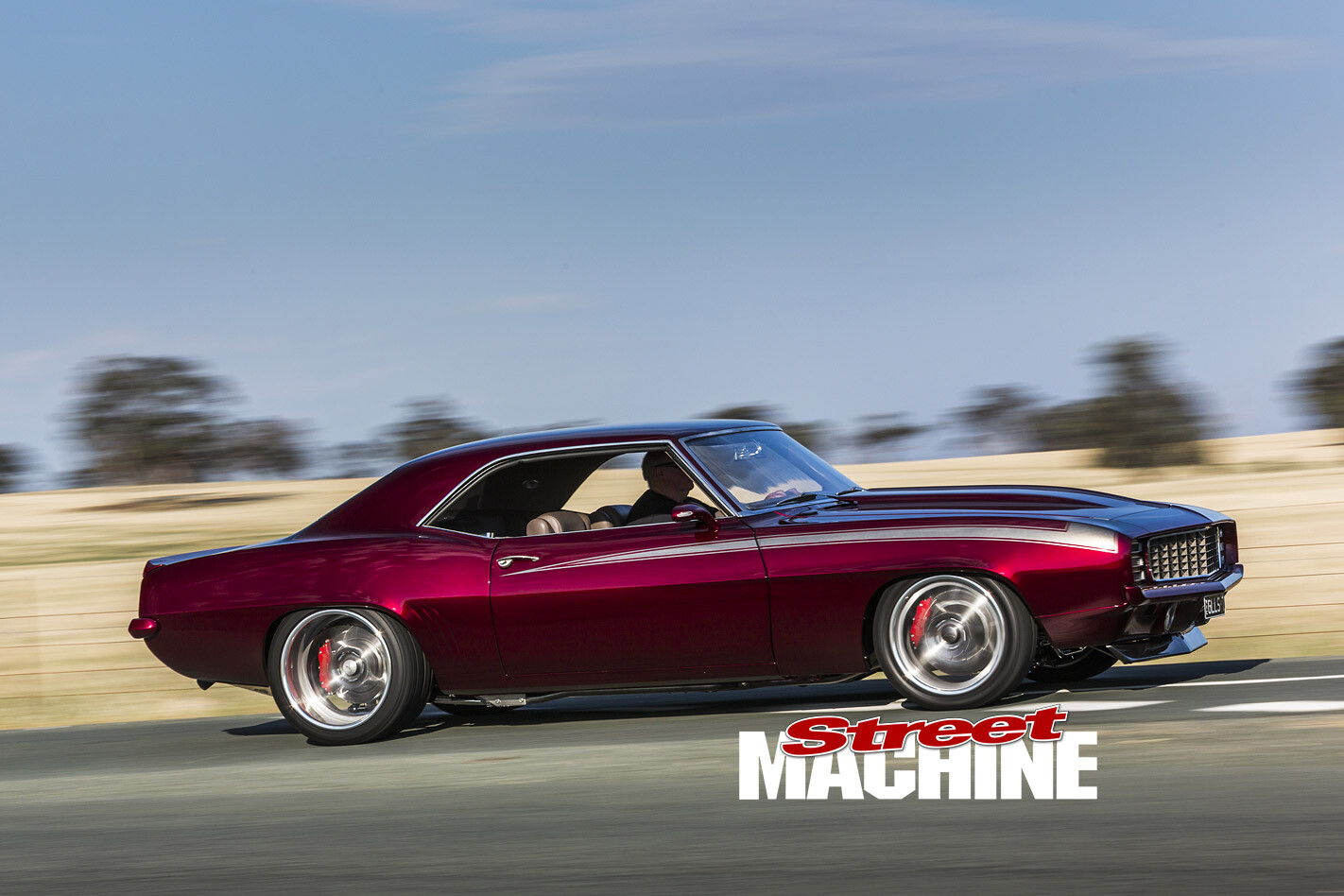 And if you’re wondering what the heck the REEMED moniker is all about: “For a while it felt like every step along the way I was getting reamed,” Graham says. “From the initial importation, then problem after problem with the early workshop, to crap parts and broken promises. If it wasn’t for my wife Helen, along with Ahron Jeffree, Angelo Di Donato and Adrian Kean, I probably would have chucked it all in.” With REEMED now fully sorted, and with the addition of another thousand-plus kays since the Sydney trip, those nightmares are a distant memory. All that’s left to do is point REEMED’s nose at the horizon and continue clocking up those grin-inducing miles.