IT CAME in as what we call ‘a car in boxes,” laughs Ray from Pentastar Parts and Restorations, the Sydney Mopar specialists responsible for the sublime-looking Valiant staring back at you. 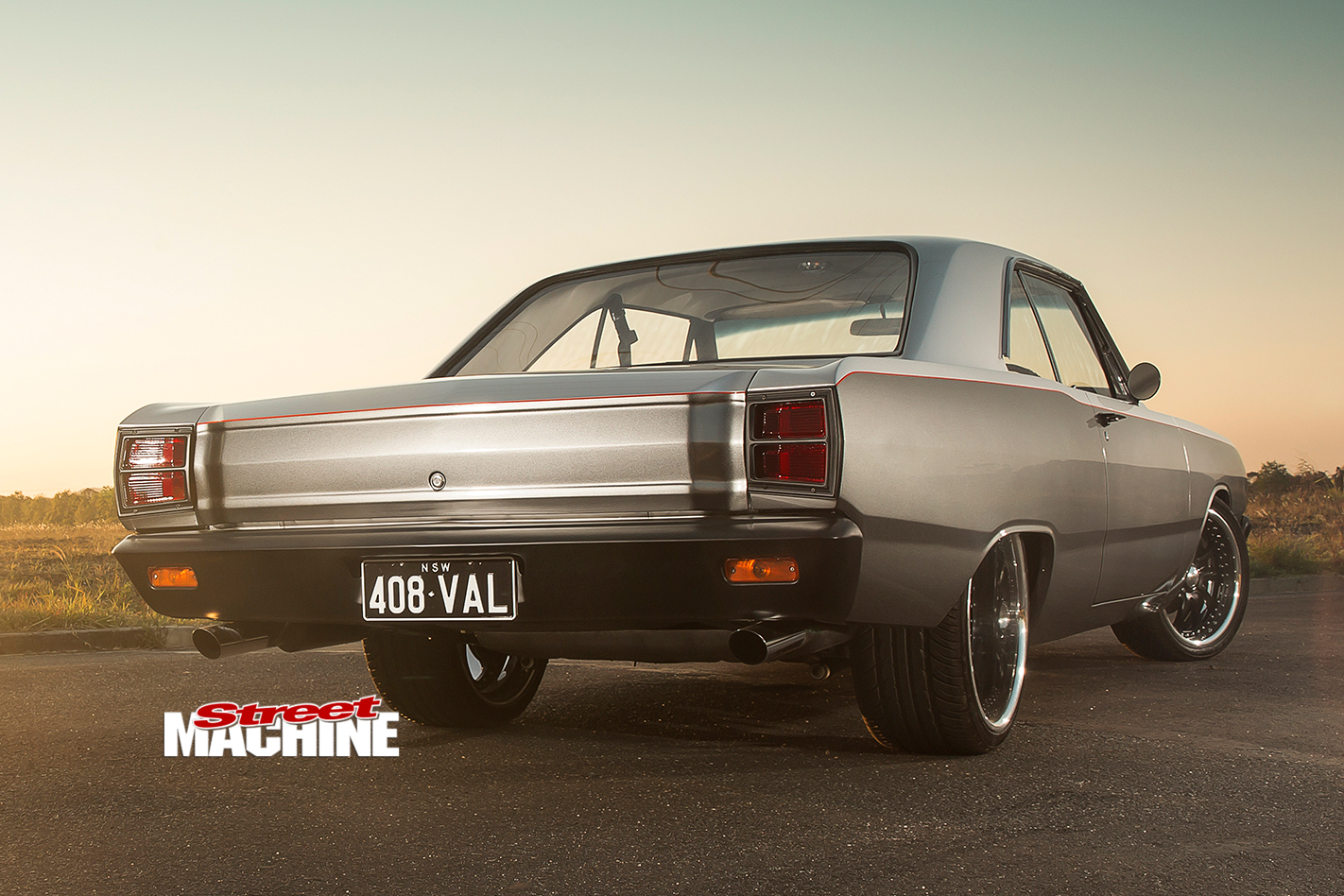 “It was in really poor condition and needed a lot of work, but I was lucky because the owner, Anton, gave me a lot of freedom to basically build the kind of car I’d build if I did a hardtop.”

After the car arrived at PP&R, a plan was quickly fleshed out in the form of a digital rendering.

“With a project of this scale, a rendering helps keep us on track, but it also gives the customer something to dream about,” Ray explains. 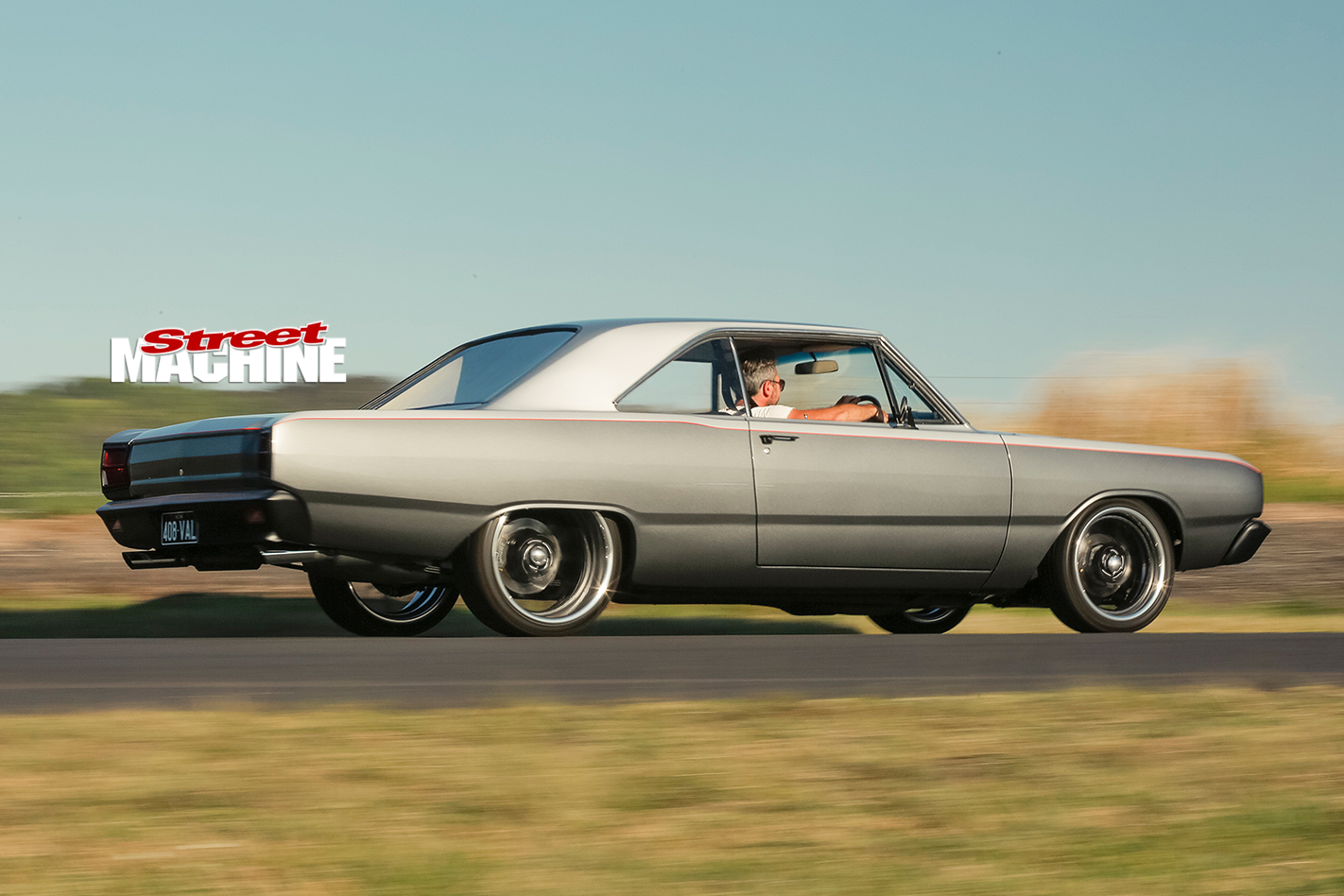 Getting the bodywork right was the first port of call, and Ray admits that this was no walk in the park. The PP&R crew had to replace both rear quarters before they could even get stuck in to other rust repairs or the modifications they had planned.

“When we were doing this project, you could only buy replacement skins,” Ray says. “Now you can buy entire replacement quarters, which helps with getting the bodylines right because they’re such a long car.” 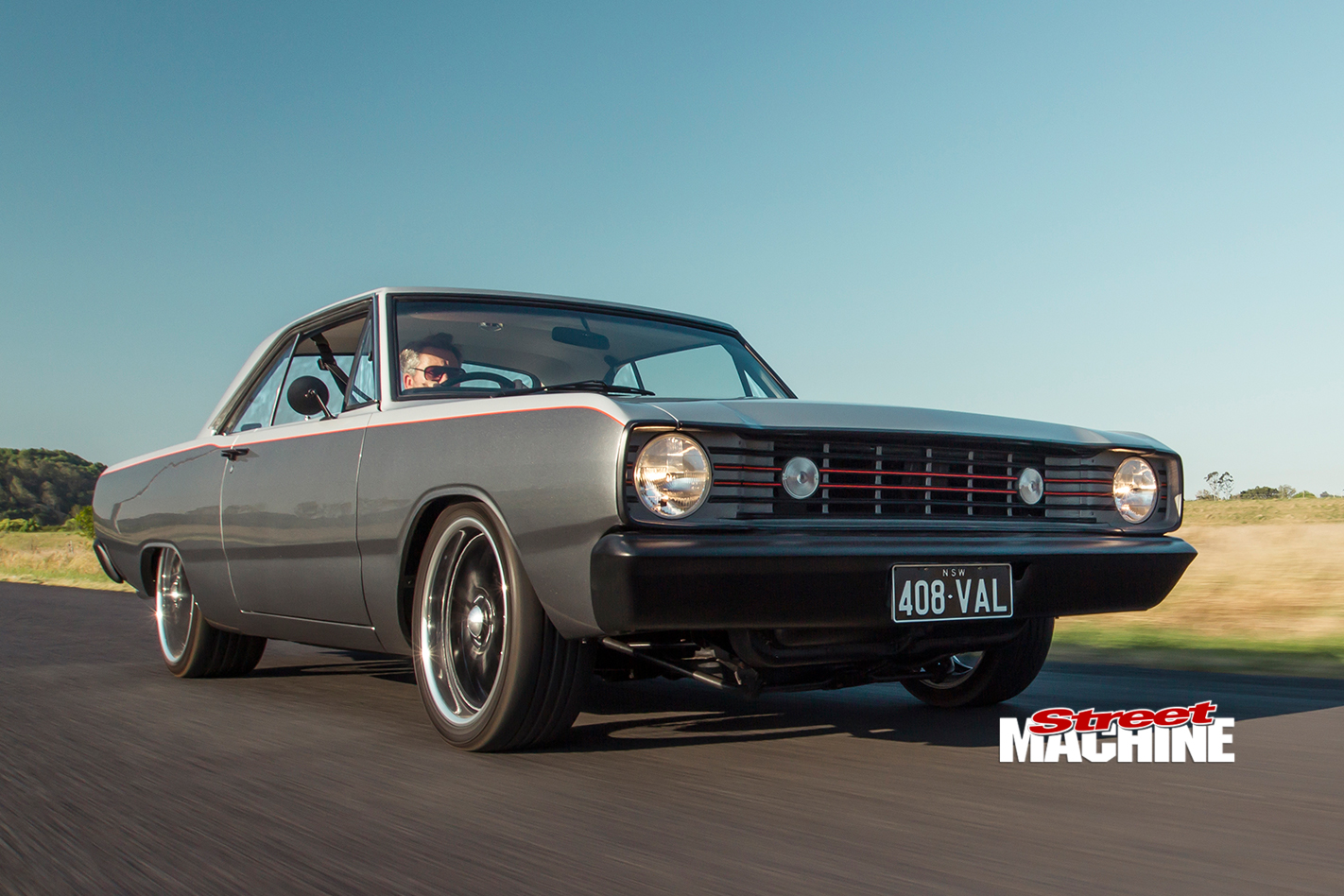 Originally a VF hardtop, Anton's Valiant has had VE front sheet metal, radiator support and inner guards grafted to give it a Dodge Dart look

The major modification is the VE front clip. The VF Valiant hardtop is about four inches longer in the front than the American Dodge Dart from which it’s based. They wanted to switch front so it looked more like the Dart than the local Val’. But it’s not a bolt on swap.

“Unlike a full chassis vehicle, changing the front clip on a unibody like the Valiant means unpicking and replacing the radiator support and inner guards. We used a VE Valiant for the Dart conversion,” Ray explains. To complete the picture they’ve modified the Aussie VE Valiant grill with ’68 Dart indicators and filled the front bar. 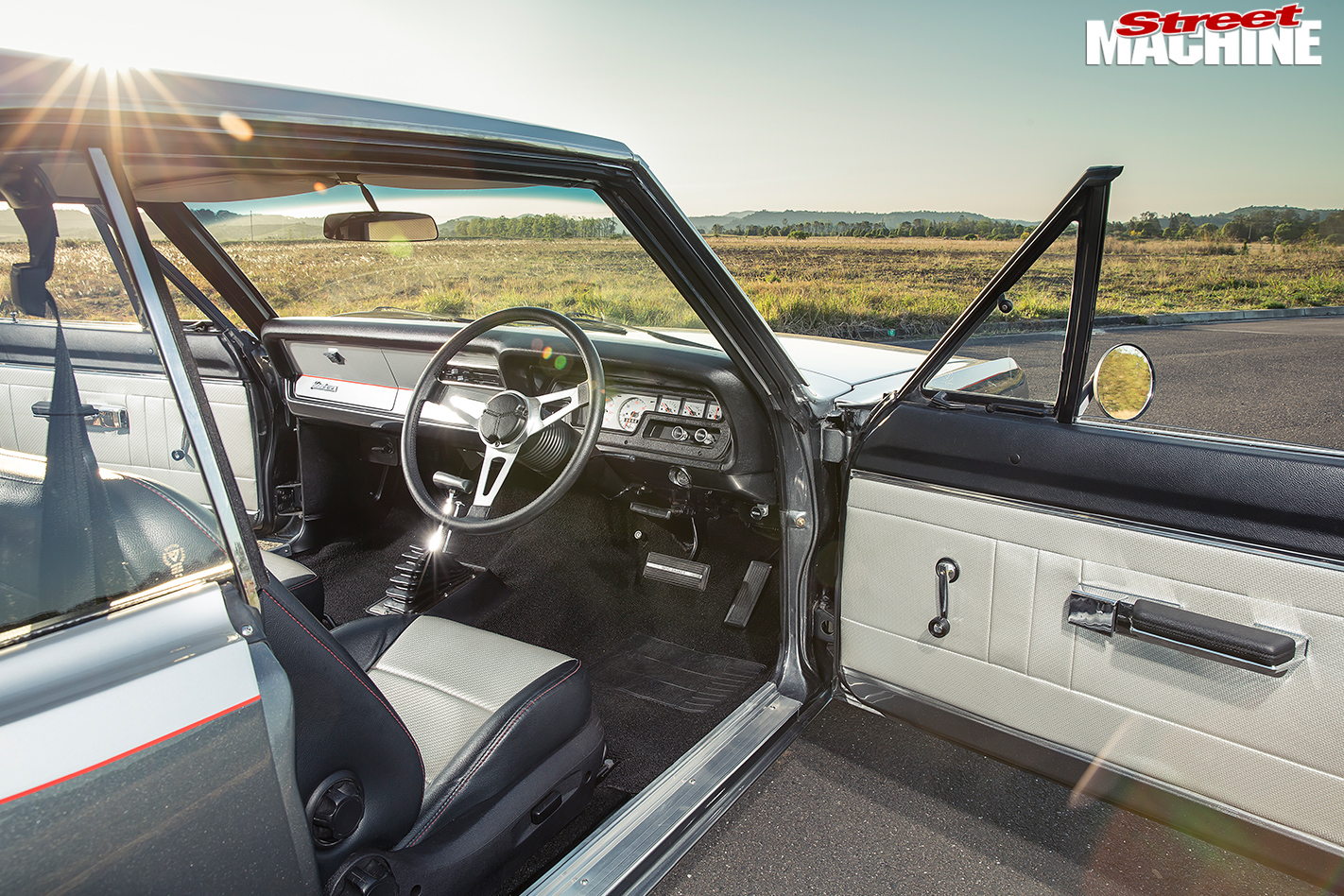 Other custom body mods include the fitment of the 2010 Dodge Challenger fuel filler cap, which Ray says wasn’t just a matter of welding it in; “The filler was a pain in the ass!” he laughs.

“We paid a lot of attention to the details with this car, because if you don’t you never get a quality finished product. It’s the same with the shaved, blacked out bars. I’ve always done that on my own cars and I guess it just flows through in to PP&R cars now, too.”

Up the back they tubbed the rear end out to the factory chassis rails and moved the rear springs under the rails to create some clearance for the 11in wide rollers. They also added chassis connectors and modified the front cross member for rack and pinion steering, but retained the torsion bar suspension. 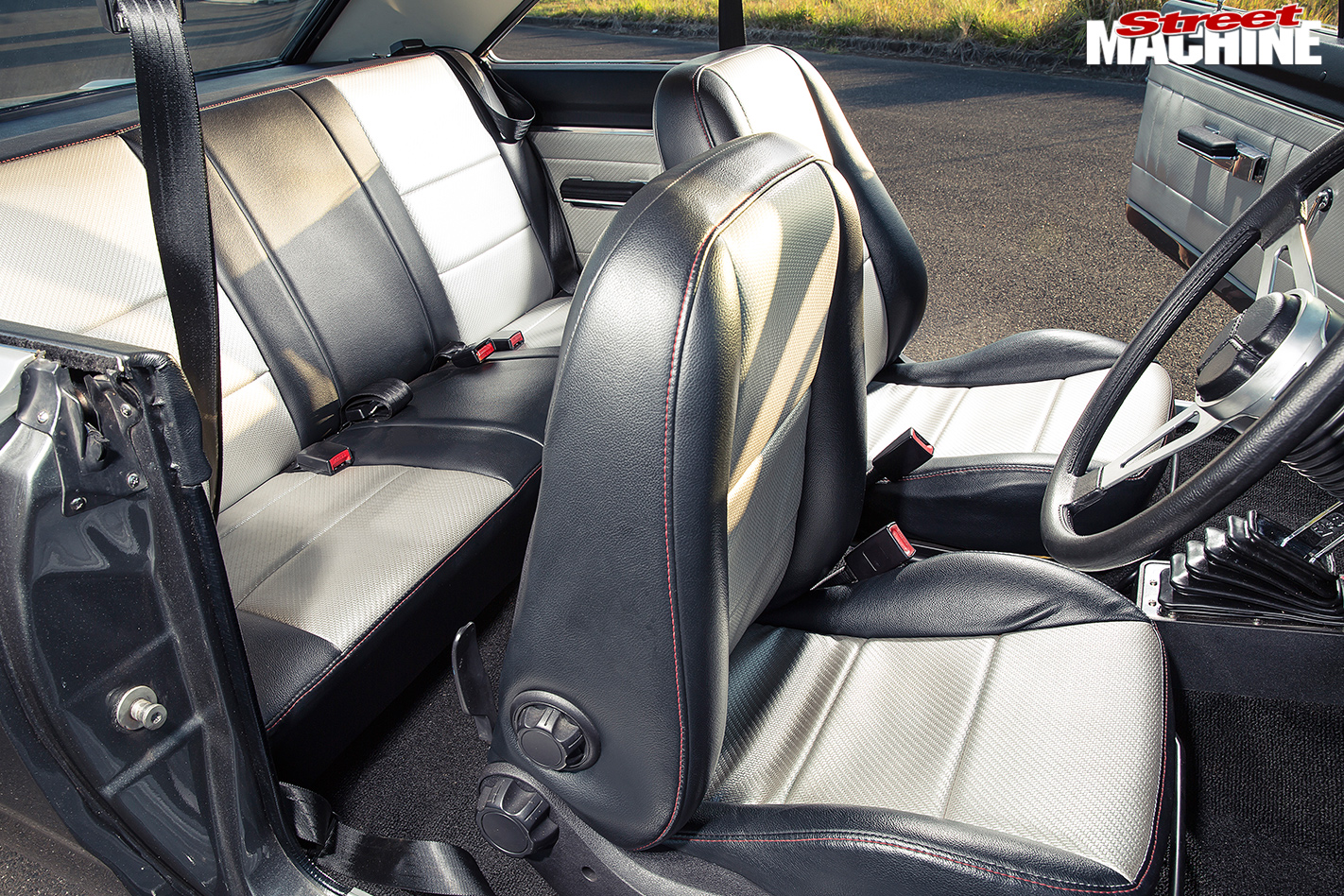 Once they finished the chassis and steering mods the completed body was rolled in to the PP&R body shop, smoothed and primed, and then painted two different shades of silver, both from the Chrysler 300C paint chart. “We had to keep it in the family,” Ray says, “so the top half is Bright Silver Metallic, with the Mineral Grey metallic below.” To give it a bit of colour they’ve laid a Hemi Orange pinstripe between the two silvers.

Choosing a powerplant was both easy and hard; easy because Chrysler has a great engine line-up, but hard because there’s so many great donks to pick from. From the lowly slant six right up to the top dog 426 Hemi, they’ve all got a reputation for power and reliability.

“Originally it was only ever going to be 318 cubes,” explains Ray, but he’s quick to admit it got a little out of hand. 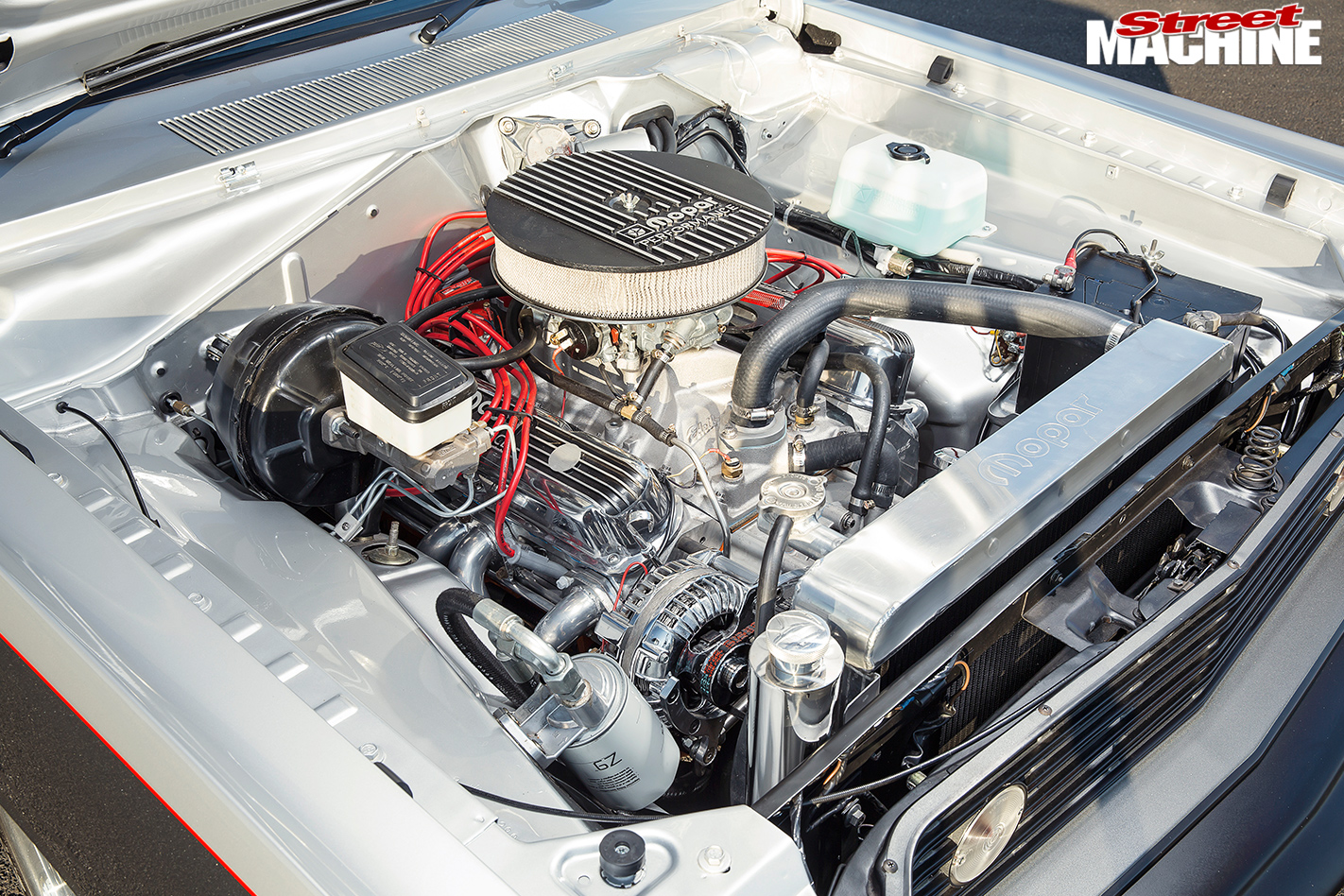 “The stroker was a logical choice because we didn’t want to put a big block in it; it’d take away the driving enjoyment with that much weight in the front. Anton wanted a cruiser so it made sense to stick with the small block.”

So they sourced a factory 360 block and filled it with a Scat rotating assembly to punch the displacement out to 408 cubes. It’s a simple combination with a Camtech flat tappet cam and they topped it off with Edelbrock RPM heads, which Ray reckons is a tried and tested combination good for 480 horsepower at the hoops.

When it comes to transmissions in Chryslers you don’t need to look past the 727 Torqueflite. They’re big, they’re tough and they bolt in place, so it was the logical choice for the Val’s gear shifting needs according to Ray. “We call it our Stage 3 kit which is basically an improved shift kit, bands and an extra clutch pack. For the street, it’s the strongest box we do before you go to a manualised auto.” 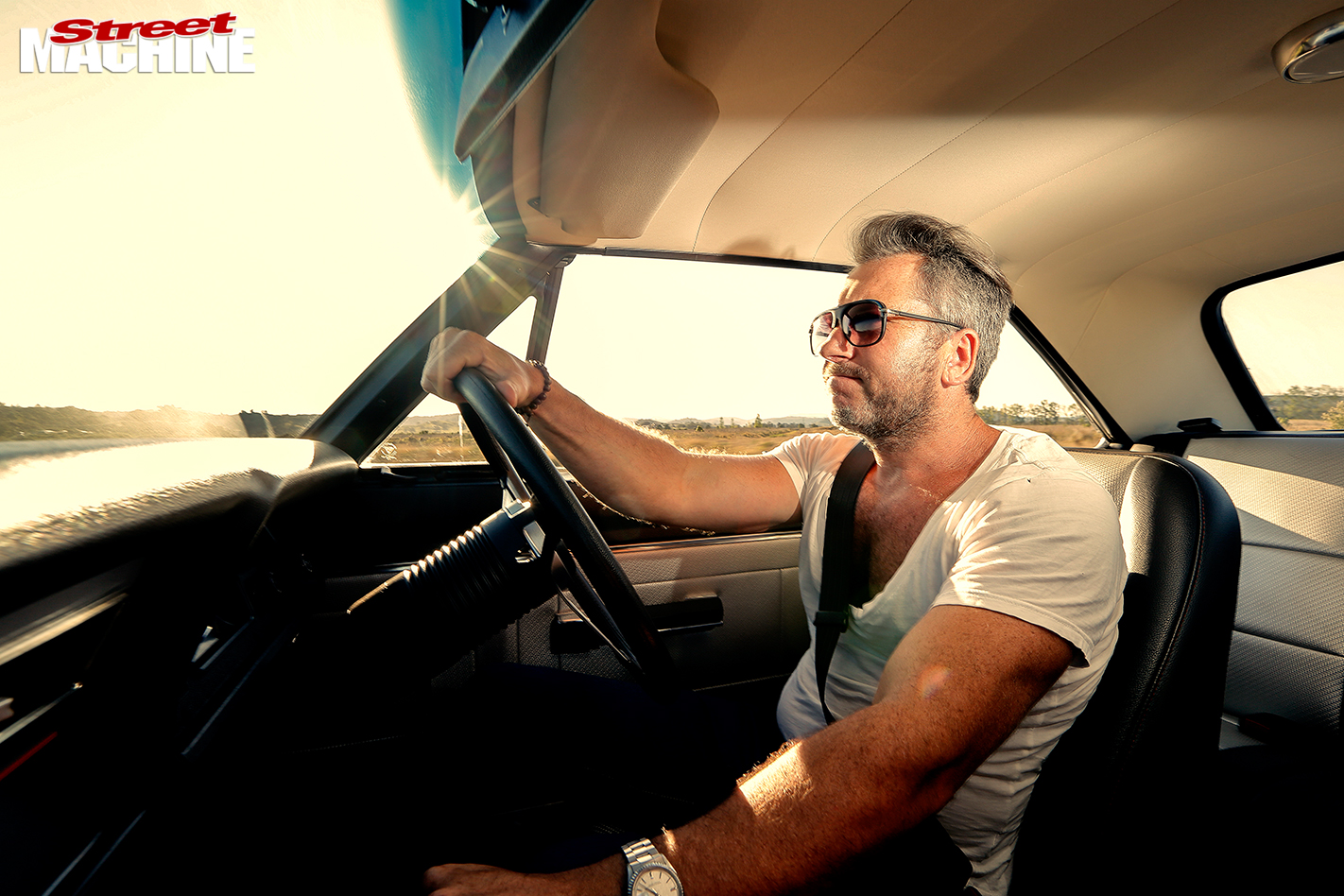 Power is delivered out of the auto and into a Borg Warner rear end, which they narrowed to suit the 11-inch wide rear Showwheels. It’s also got the good stuff on the inside, with custom 31-spline axles and a 4-pinion LSD centre. “He’ll be breaking traction before he breaks that diff’!” Ray says confidently.

“It’s the kind of car that gets a lot of attention wherever it goes,” says Ray. “It has heaps of power and it drives beautifully.” Understandably he’s proud of the finished product, and why wouldn’t you be? It sits tough, goes hard and it’s fully engineered for street duties.