You'd never know that Joe Paratore has a thing for Ford Falcon XY GTs judging by his MKII Cortina, would you? When it comes to making cars go fast, there are any number of approaches, each with its relative merits and drawbacks. Even so, it’s hard to argue with the age old ‘big motor, little car’ concept. 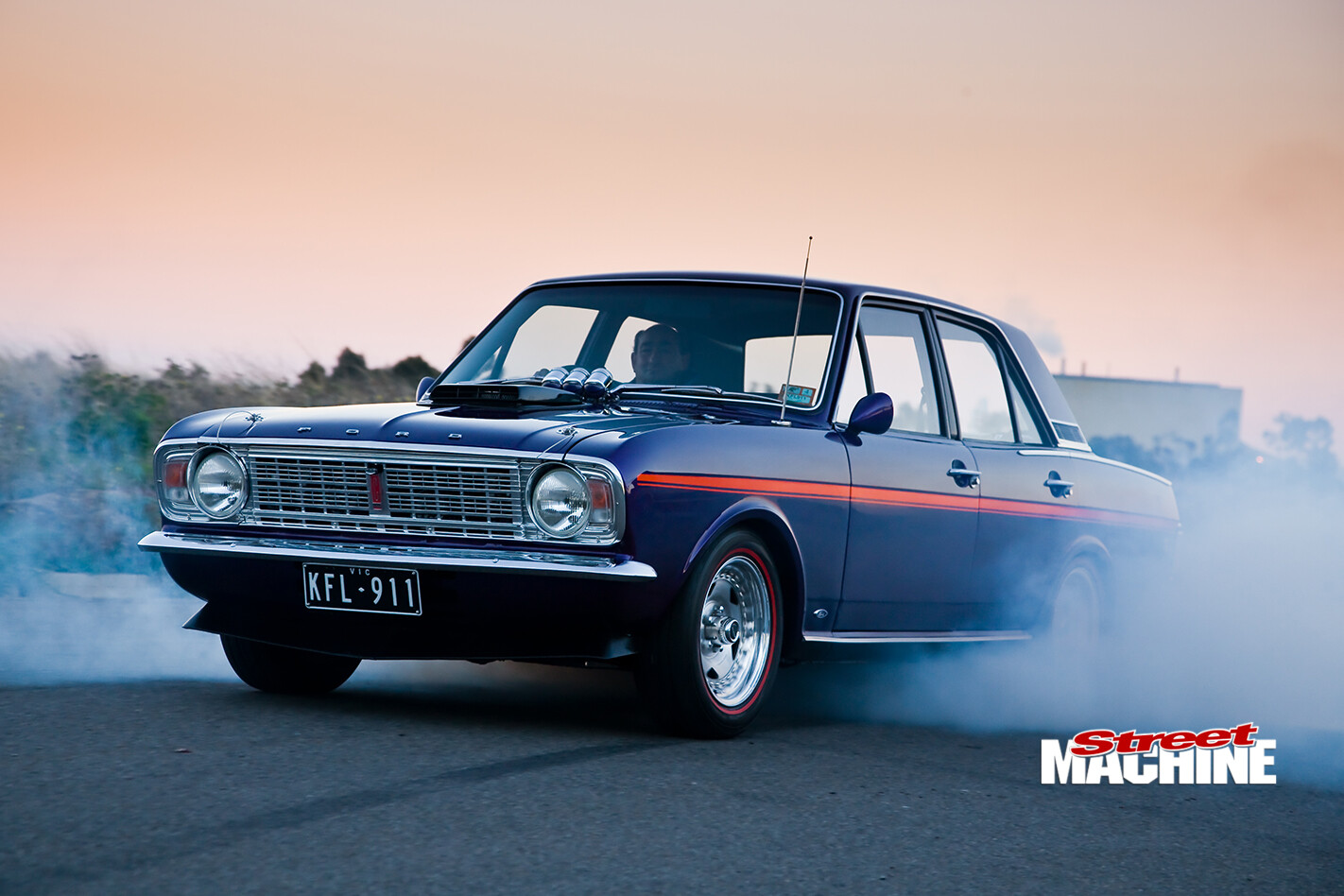 Just ask Joe Paratore. Like the hordes of blokes and sheilas who own V8 Capris and Toranas, he knows the thrill of squeezing the loud pedal in a car with the power-to-weight ratio to rival a motorbike.

6
It looks like Joe's shrunk a Wild Violet XY GT. Thankfully, he left the engine the same size!

But while he has followed a well-trodden path by shoehorning a bulging bent-eight between the rails of a compact car, his sensationally presented 347ci Windsor-powered Mk II Cortina is beautifully unique. “I wanted to build something different,” he says.

His garage has housed a number of fast Fords over the years, primarily Falcon GTs. As exciting and iconic as a GT is, he started to wonder what a warm GT driveline would go like in something much lighter. 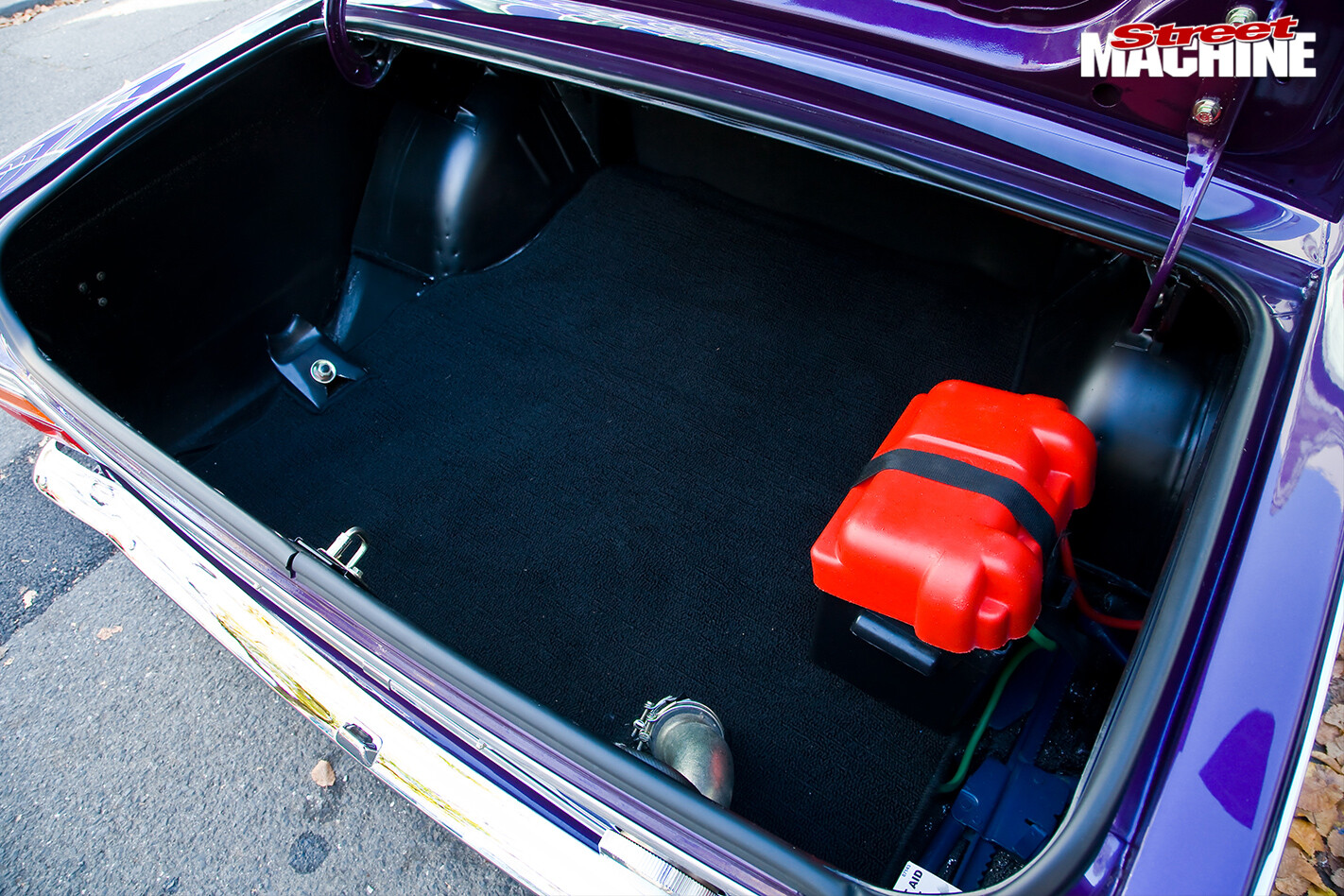 With that thought, the hunt was on for a Corty but years passed before he found the perfect base for the project. He shouted himself the car as a 50th birthday present, then launched into a two-year build.

“I painted it orange first but it looked like a fire truck so I stripped it back again! That’s when I decided to paint it Wild Violet. I had a heap of leftover GT parts and they just ended up on the car but I do have another bonnet with a different scoop that I’ll use at the drags. I planned to put XY GT stripes on it but they were way too wide so I ended up running Capri stripes. I think they look perfect but I put them on and off a few times before I decided to run them.”

6
Not much space left here now - the 440hp, 347ci Windsor conversion was tricky but worth it

Harking back to the earlier GTs is the Windsor V8, stroked and rebuilt by the boys at Williamstown Cylinder Heads. Producing 440hp, the 347ci donk sports a Scat crank and rods, forged SRP pistons and a Crow solid cam. A Holley HP 750 double pumper and Edelbrock inlet manifold funnel the air and fuel into cast heads fitted with roller rockers and 2.02in and 1.6in valves, though there’s already a pair of alloy heads waiting in the wings. That should bump the little Windsor’s output up to around 550hp. As you can imagine, squeezing that in place of the Corty’s original 1600cc donk was fairly involved. That gearbox is a shift-kitted C4 auto with a 3500rpm TCE converter and it feeds grunt rearwards to, yep, a shortened XY GT nine-inch diff. Stock XY drums suffice out back but stringent engineering requirements called for 330mm disc brakes with twin-piston calipers at the pointy end.

“It cost a lot of money to get it engineered and legal. There were heaps of chassis reinforcements and braking tests. Halfway through, the engineer was ready to knock it on the head because the rules were changing. I’m glad I got it done when I did.” As with the driveline, Joe’s love of GT Falcons shines through in the cabin. “I was very keen to do the interior in the XY GT style. My mate is a trimmer [Red Label Upholstery] and he did a perfect job.” 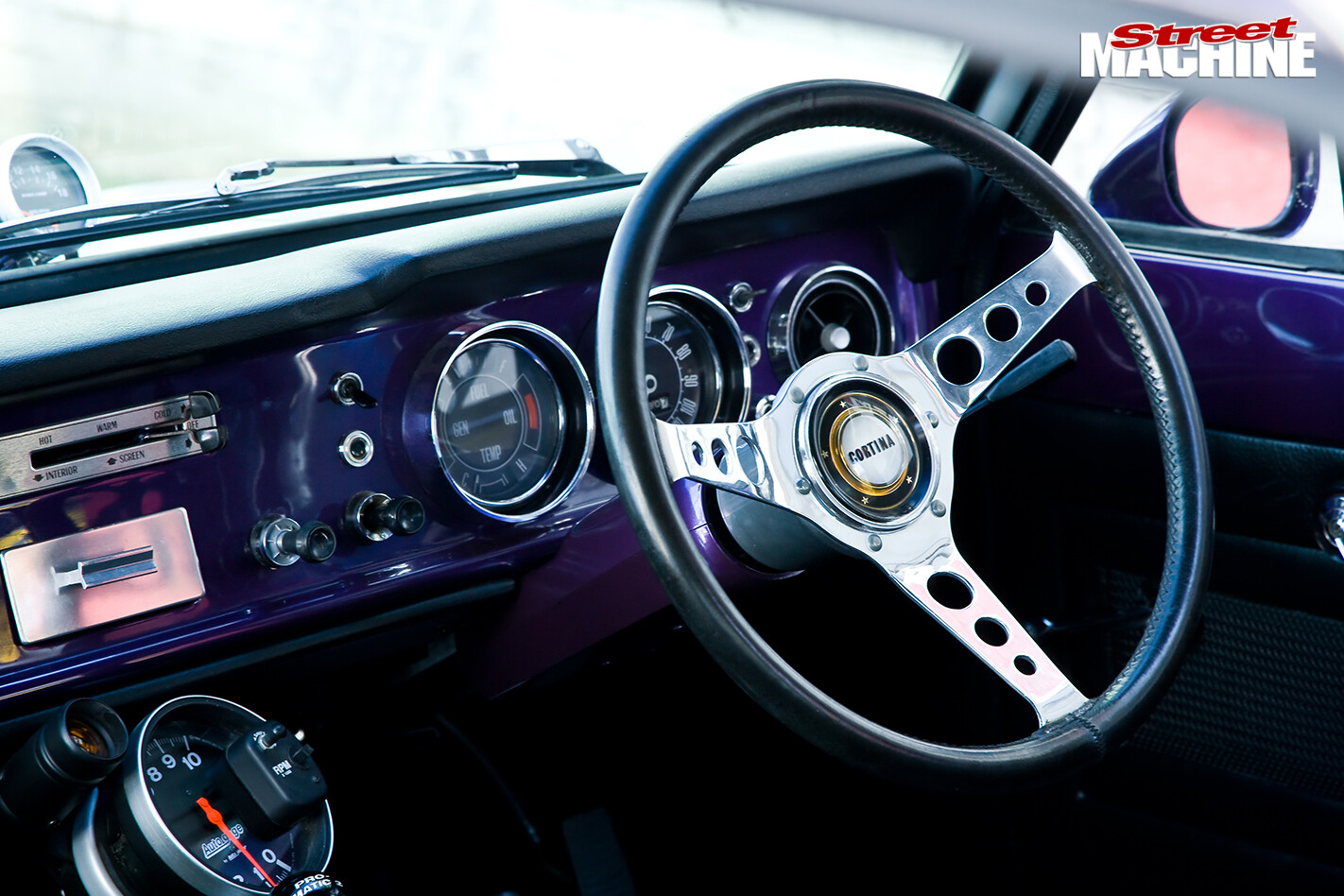 “Since finishing the car I’ve had numerous wins at car shows around Melbourne,” Joe says. “A highlight was being interviewed for the Channel 31 show Gasoline at the Melbourne Hot Rod Show in January.” But the real highlight is kicking her in the guts and hitting the streets. “I’ve enjoyed every minute of owning and building it but the best part of it all was when I got to take it out on the road and see what it’s got. It has plenty of horsepower for a little car that only weighs 850kg! It’s grouse to drive and handles beautifully. Stall it up and let it go and it sits nice and straight. And it’s smooth like a new car.” With the Corty generating nothing but positive feedback wherever he takes it, does Joe have another build in him?

“My wife says I’m too old for another project but little does she know — I’d love another XY!”