It can take a long time for some of the best cars to mature. Just ask Bob Evans about his Phase II GTHO Falcon

I RECKON it’s really cool to see older people still mucking around with tuff cars. I guess the performance scene has this real they’ll-grow-out-of-it-sooner-or-later image about it. So when I see some old dude (or middle-aged, as they like to be known) messing with a dinky-di XW Phase II GTHO that just looks super-sharp, I take my hat off to him. 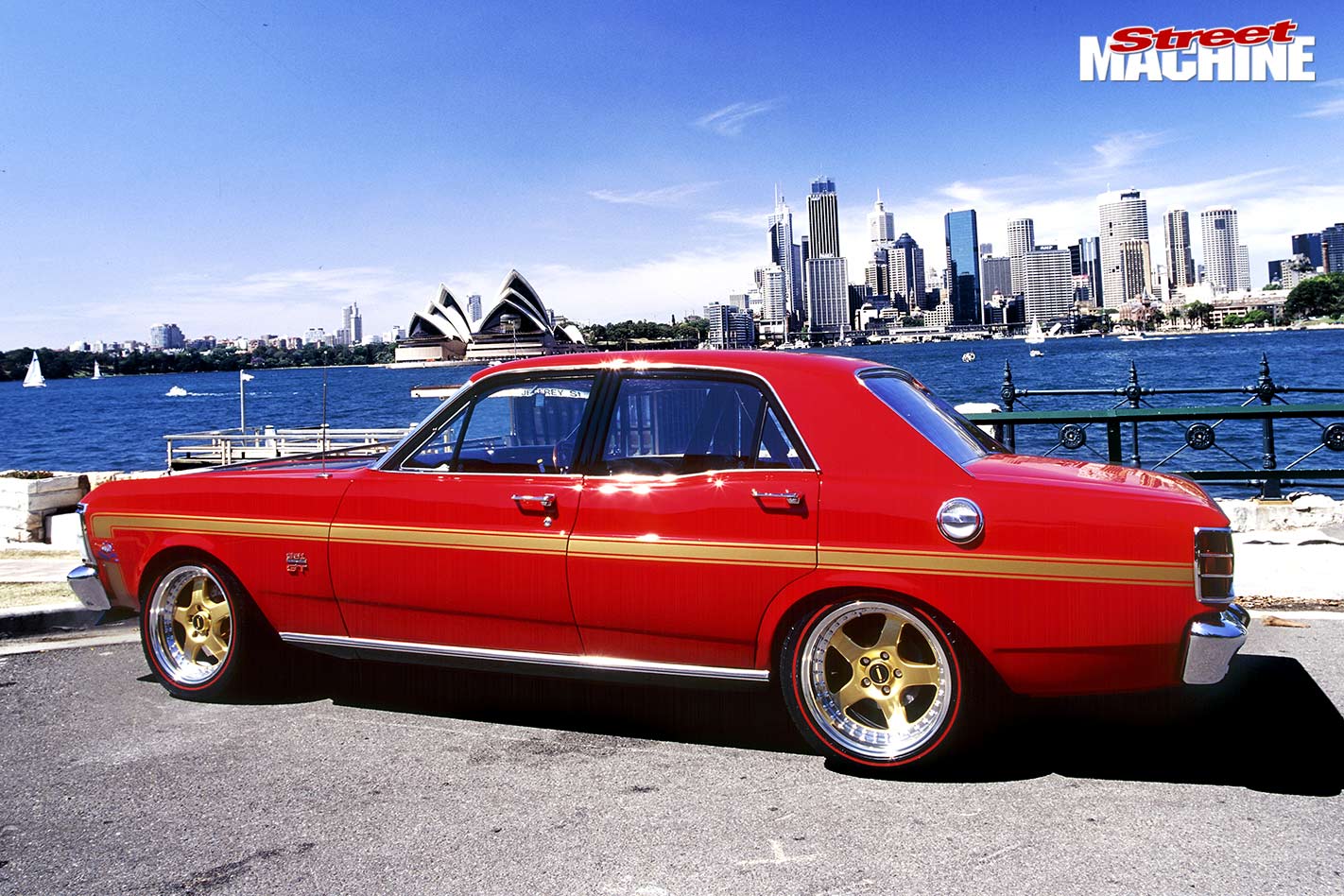 Bob Evans is one such middle-aged muscle-car fanatic. Unlike the last two generations to join the street machining fraternity, just catching the tail end of the original muscle car era, Bob grew up in the times of 15¢ per litre super, cubic warfare and radial-tyre combat. His passion? Falcon GTs.

“I bought this car around 17 years ago from a bloke who’d purchased it new,” Bob recalls. “It was in good original condition with a dealer-supplied vinyl roof, but that looked a bit ordinary.

“It wasn’t long before the vinyl roof had to go so the whole car got painted, which didn’t last too long as the paint broke out in a million humidity blisters all over, which was the a result of a bad patch of primer.

“But not to worry,” he explains, “I got another respray courtesy of Spartan Paints.” 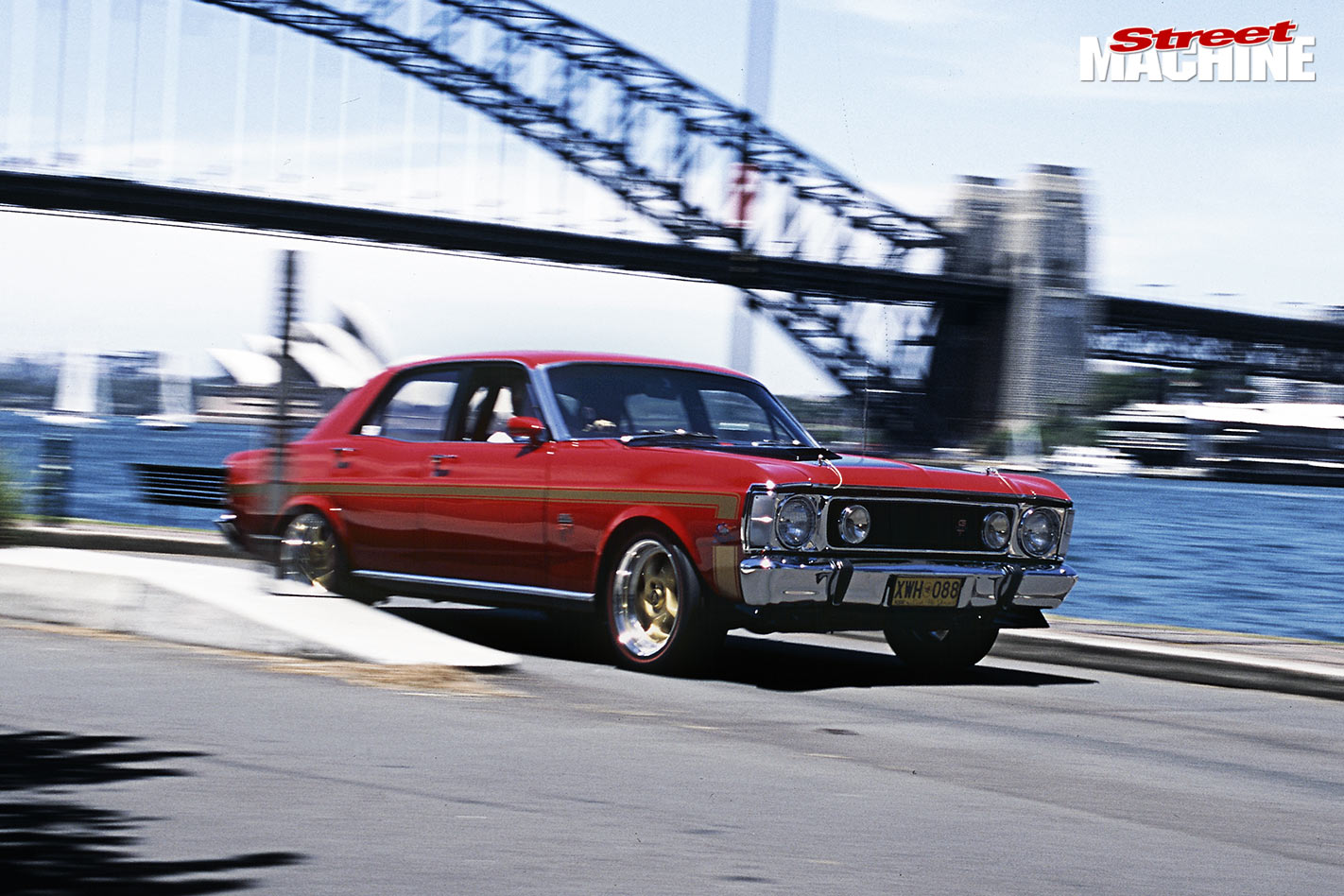 “She was looking pretty good and I thought all my problems were over. Then, driving home from the panel shop, a front wheel fell off thanks to finger-tightened wheel nuts – plus a pushrod went through the lifter.”

Needless to say, Bob was starting to get really pissed off and decided to stick the car in the garage and just have a break from it for a while. Eight years later the car still sat there in the garage, undriven and almost forgotten.

“One day I had nothing to do so I pulled it out of the dust with the intention of cleaning it up and just driving it,” he recalls. Yes, famous last words. “Rust in the doors meant another trip to a new panel shop.” 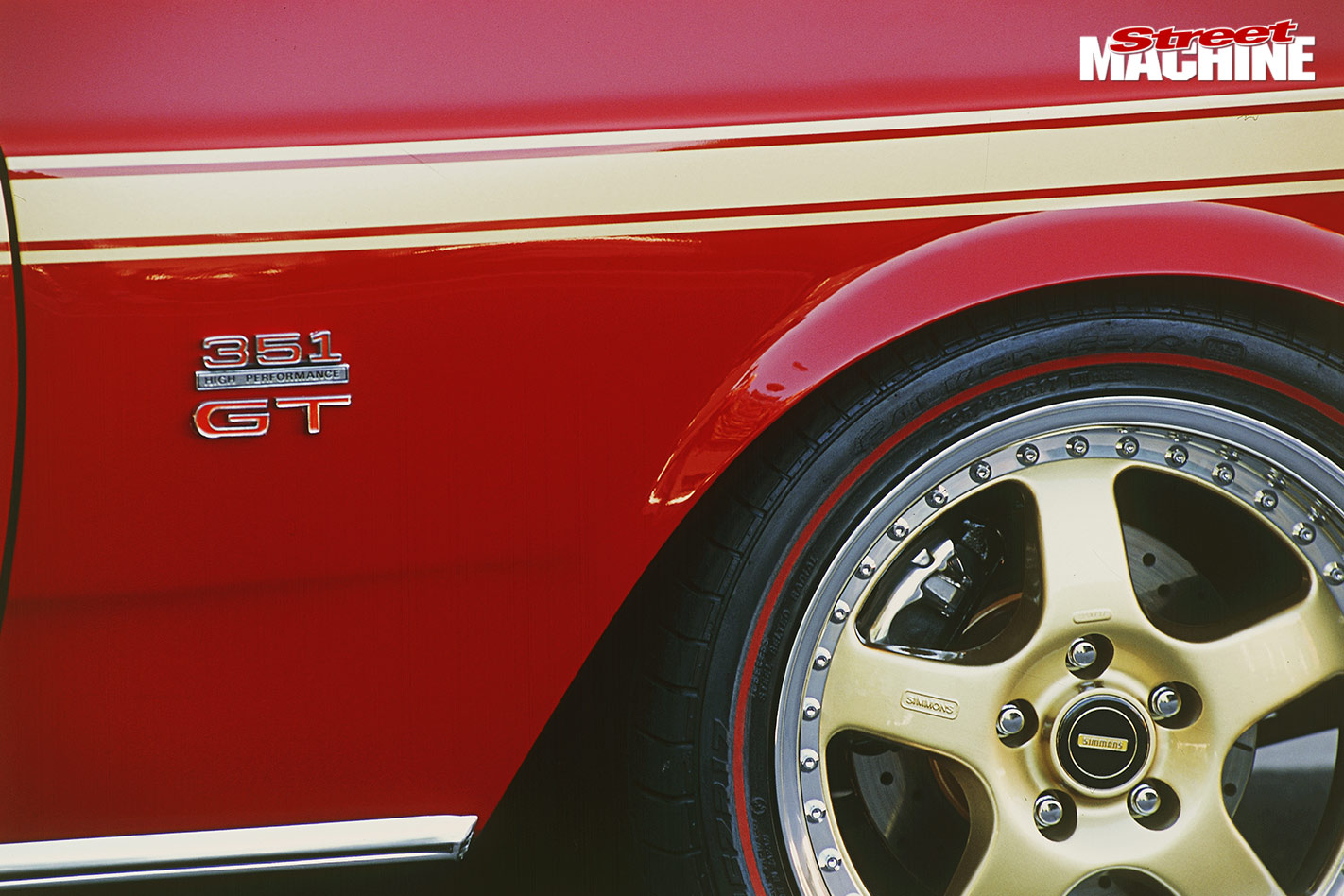 Well, it didn’t take long before that got out of hand and the whole car was stripped back to bare metal and bead-blasted. At the same time the engine was rebuilt to GT specs.

“Every nut and bolt was buffed and cadmium-plated. The entire front end of the car was replaced and the whole underfloor was painted and highly detailed,” he recalls.

“The dash fascia was rechromed, steering wheel reconditioned, door trims, headlining and carpet copped the full treatment by Richard at Restor-a-Dash. Inside also received a Bathurst-style roll cage – an exact replica of the one Allan Moffat used.”

With the engine and gearbox back in the car, Bob went to R&KB Exhausts where the 2¼-inch fully polished stainless system was equipped with Jet Hot-coated headers and a pair of Edelbrock RPM mufflers. 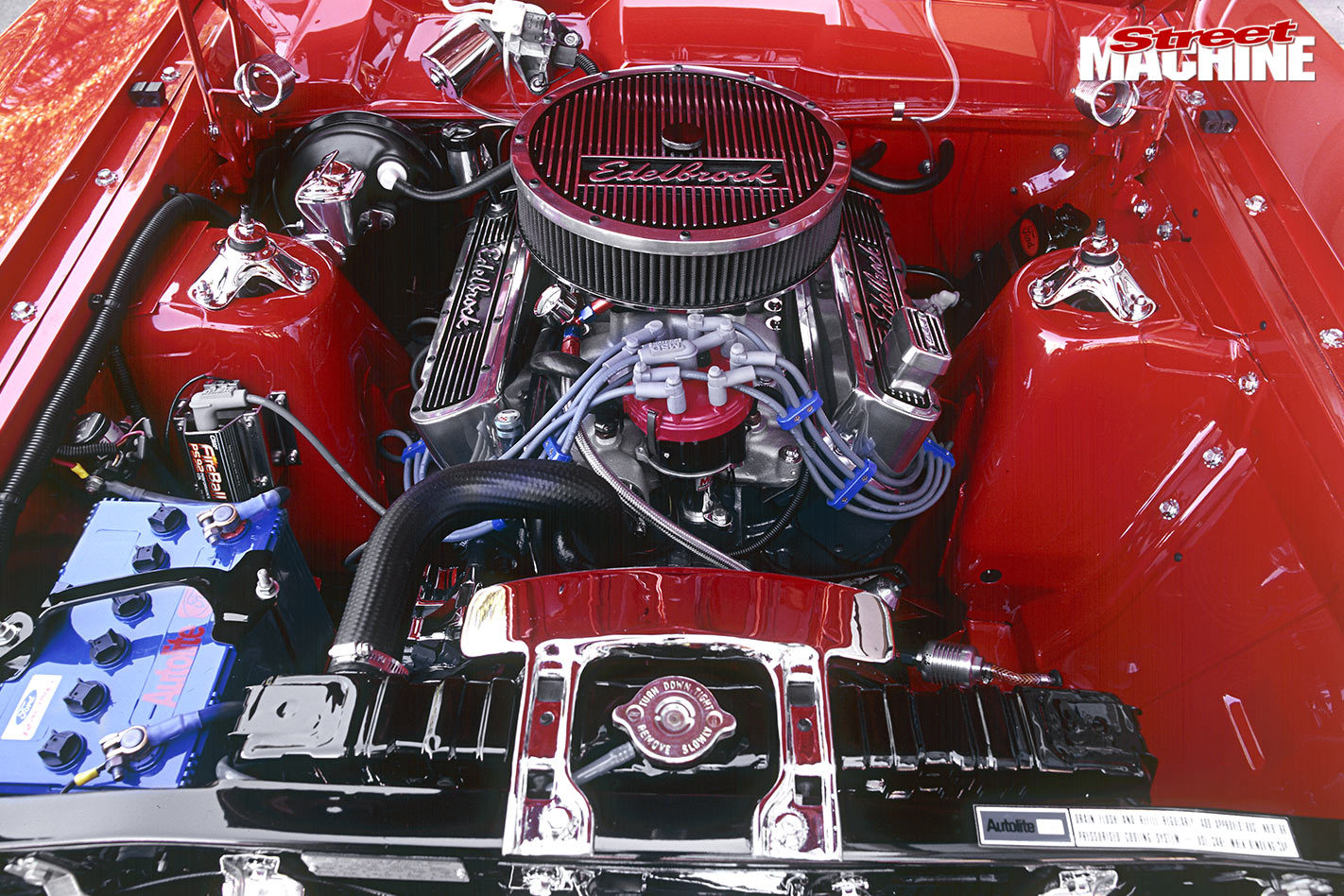 “The engine rebuild wasn’t really successful but then I found god,” – or so Bob says.

‘God’ turned out to be Peter from Flash Automotive in Darlinghurst, Sydney, whose first job was to yank out that poor excuse for an engine and give it a serious performance massage. The block was bored to 30-over and the crank, rods and new Keith Black hypereutectic pistons were sent to Bakers Precision Engines for balancing.

The crank was fitted on a bed of Clevite 77 bearings and ARP studs were fitted through the bottom end. Childs & Albert file-back rings seal the comp and at the heart of the 351 Windsor is a Comp Cams hydraulic stick running Comp Cams lifters and hardened Crane one-piece pushrods. 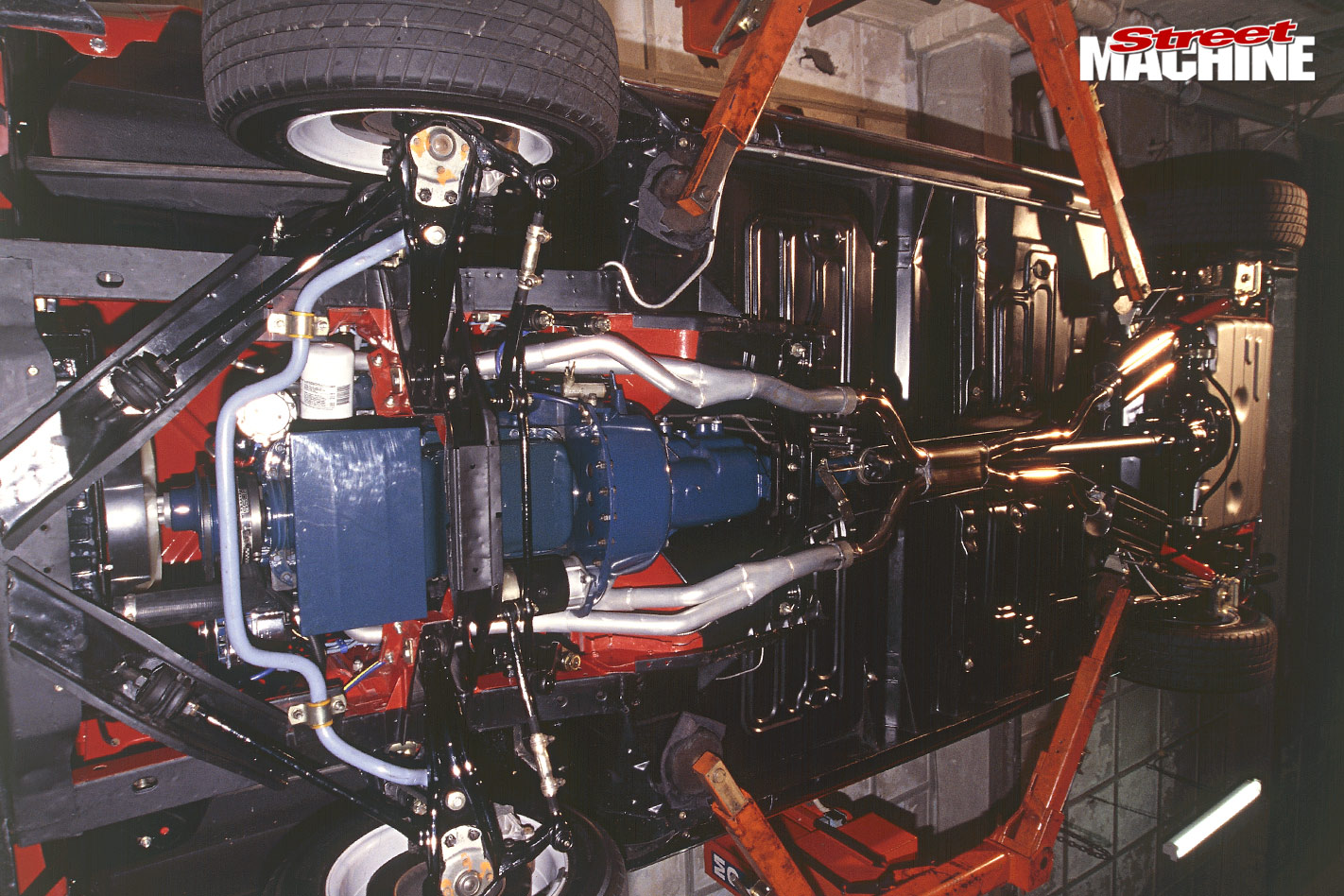 A Ross balancer replaces the factory item and in the top end Bob lashed out with some big bucks in the breathing department. The standard heads were junked for a set of new Dart Windsor units with stainless valves, Isky springs and machined seven-degree locks with hardened retainers.

Induction is via an Edelbrock Performer RPM intake manifold and a 750 Holley vac sec that receives its juice through a Holley mechanical pump. An MSD billet distributor and a Crane HI-6 ignition system fire the fuel/air mix.

To bump the compression up to an Optimax-friendly 10.7:1, Peter skimmed a fraction off the Dart heads. The old Windsor loves the extra compression and as a result, torque has skyrocketed and the car pulls strongly from any rpm in any gear. 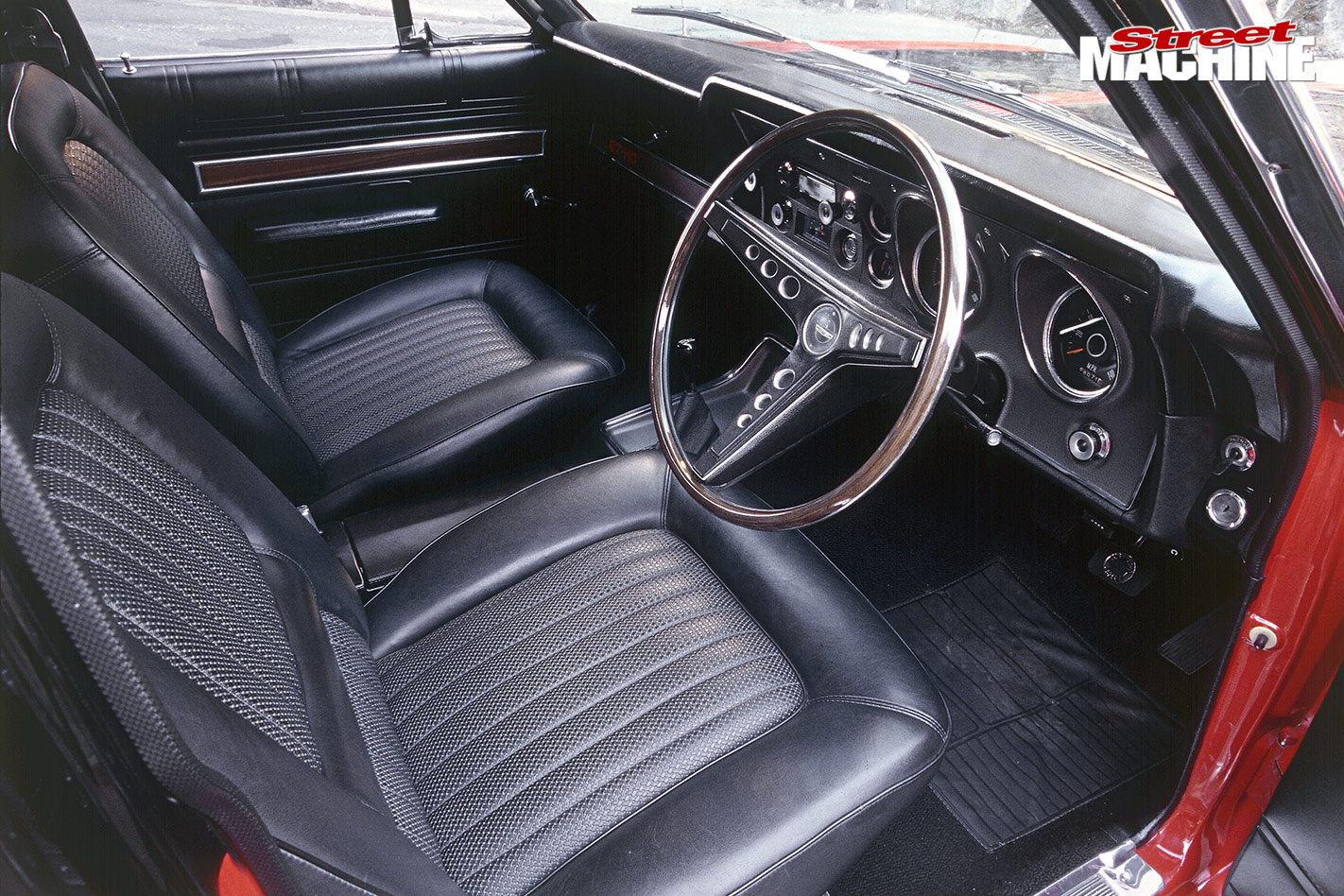 To smarten the throttle response on the street, Peter removed the original crown wheel and pinion and slotted a set of 3.5:1 gears in the rear, with a set of Phase III rear brakes and XF alloy calipers on the front end with Bendix Ultimate pads.

A brake-proportioning valve on the rear stops that all-too-familiar Ford sideways lock-up syndrome and a set of Bilstein shocks all round take the wallow out of the handling. A 28mm front swaybar helps on the roundy stuff and with a two-inch drop, the XW GT assumes a far more aggressive road stance. 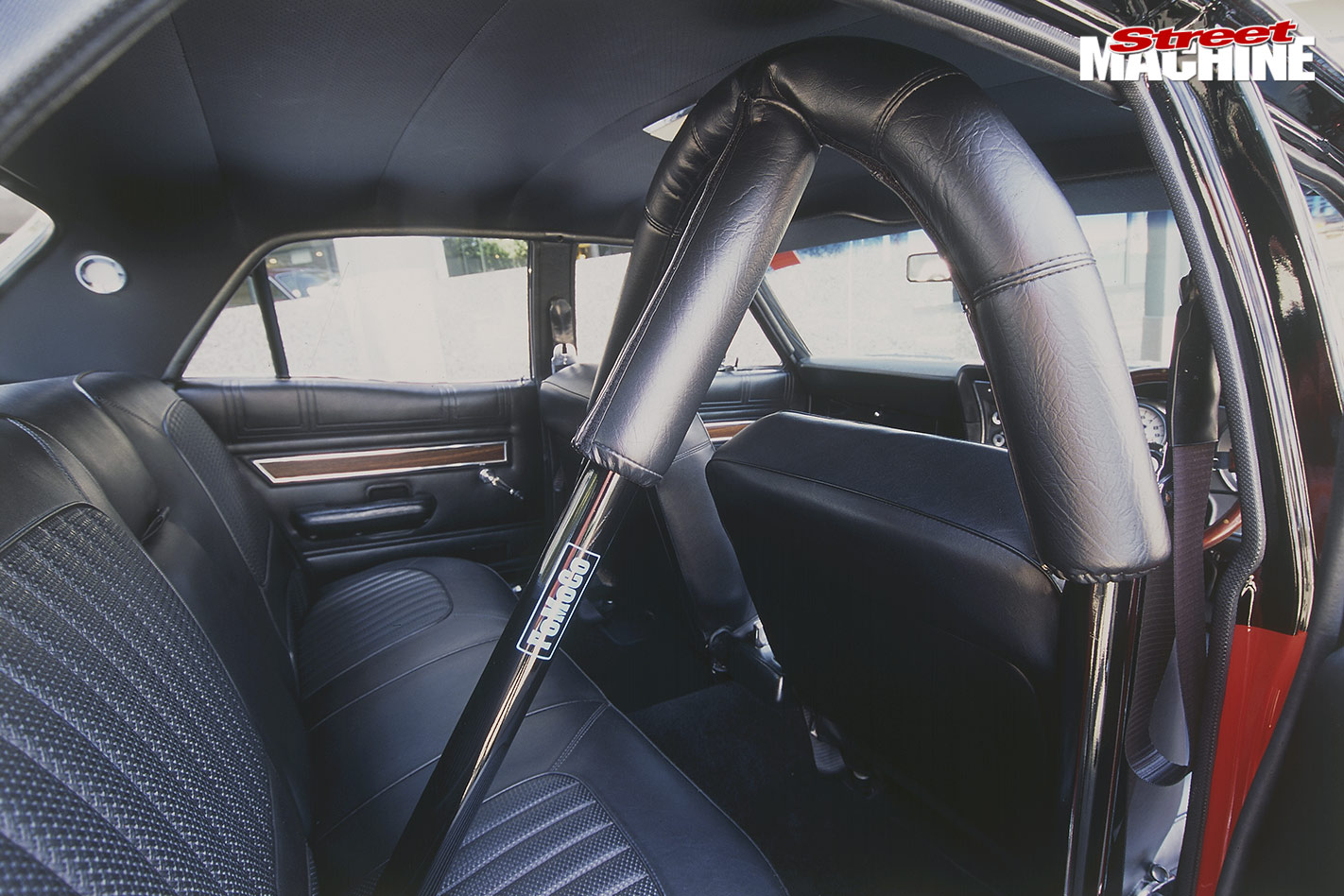 The list of extras and modifications is long, healthy and distinguished, and some of the other more significant changes include a reconditioned TopLoader, Lakewood bellhousing, Hurst shifter, Edelbrock valve covers and air filter with a K&N element and a High Energy sump.

The original 12-slotters were replaced with a set of Bathurst Globe mags rolling red-wall tyres, then again with 17x8 and 17x10-inch F-90 Simmons wrapped in low-profile Falken rubber.

“As a result it turned out to be a really nice-looking car,” muses Bob. “It’s really a pleasure to drive and being an original GTHO is a bonus. As for future mods, any suggestions?” 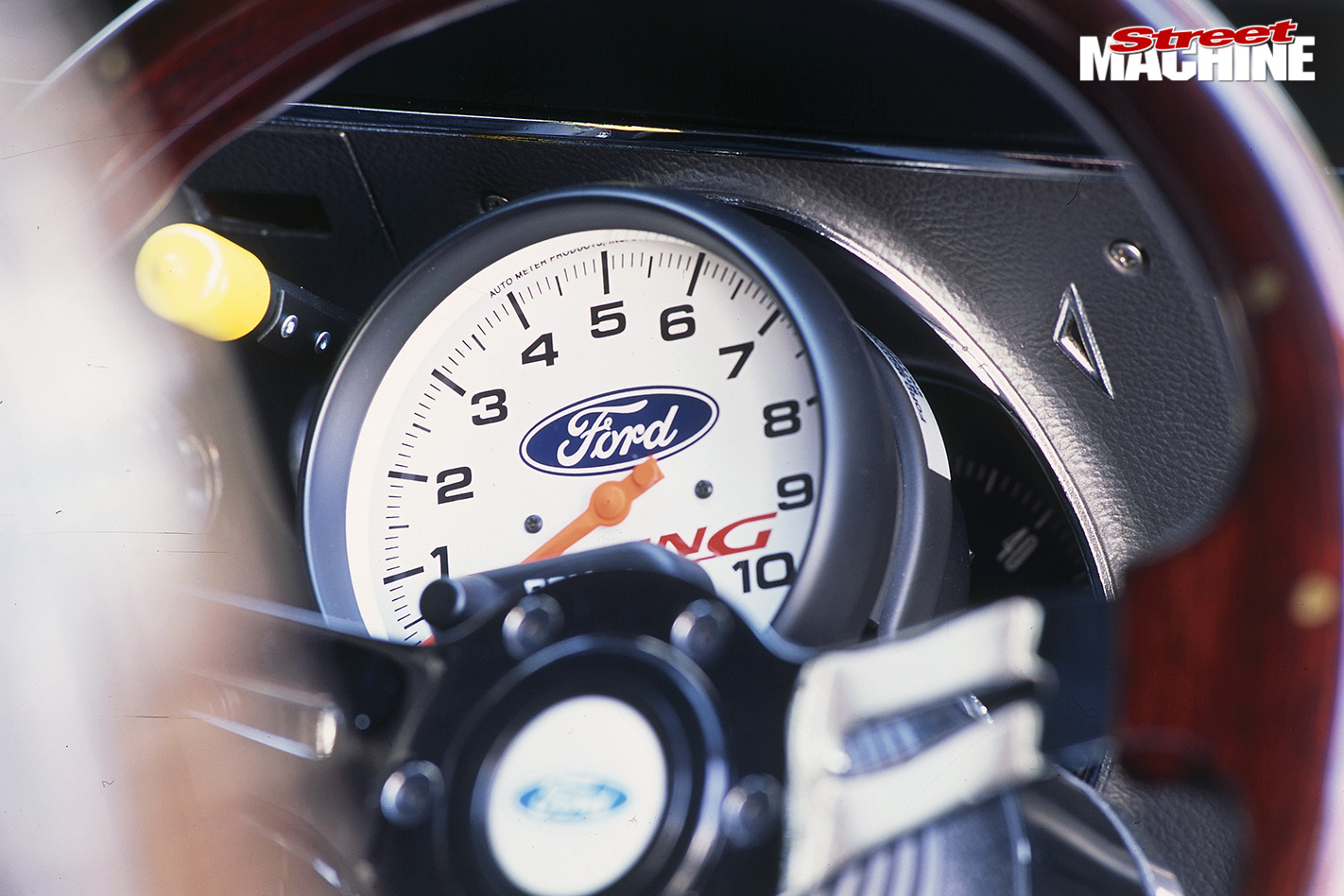 The best part of the entire project? “The whole lot,” reckons Bob. And the worst? “Bloody panel beaters and painters, they’re a useless lot!”

At the very first show for the car, just weeks after our photo shoot, Bob’s XW won best overall sedan, best undercarriage, runner-up best street machine and best original car. We expect these trophies to be the first of many.