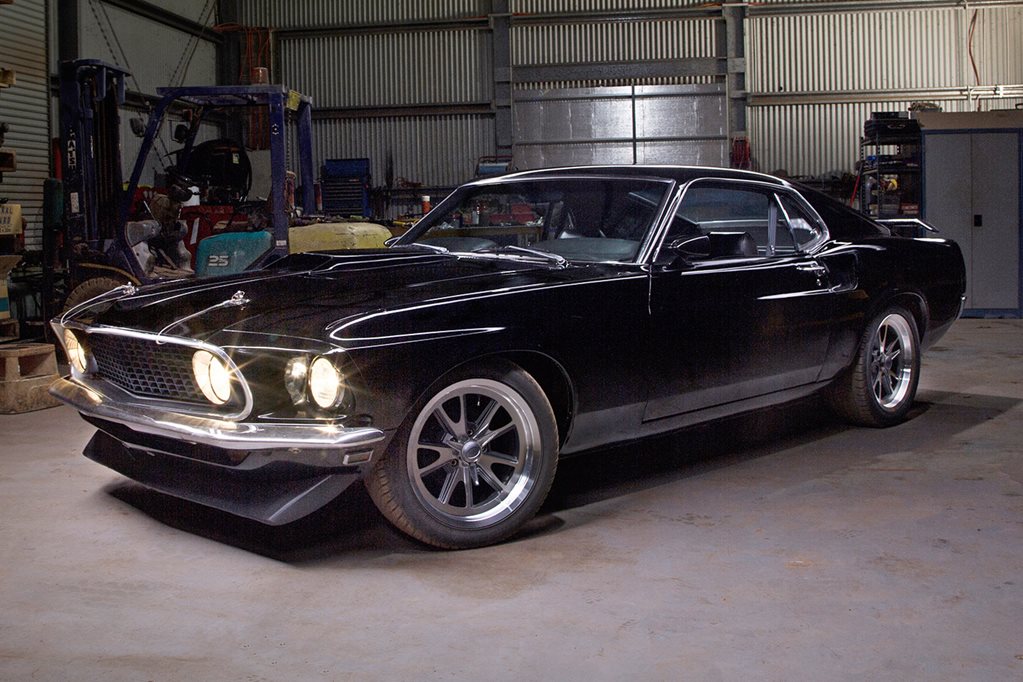 Bill Dempsey's passion for Mustangs and V8s started from an early age...

“THE V8 bug hit me at eight years old, when my mother gave me a toy ’69 Mustang. Who would have guessed decades later I would own the real thing? Coming off the production line in lime green metallic, this ’69 sportsroof originally had the 302/three-speed manual with optional style pack, which included bonnet scoop, hood pins and stripes. A previous resto saw a debadged body with new sheet metal, Raven Black paint, a later-model 302 and four-speed. 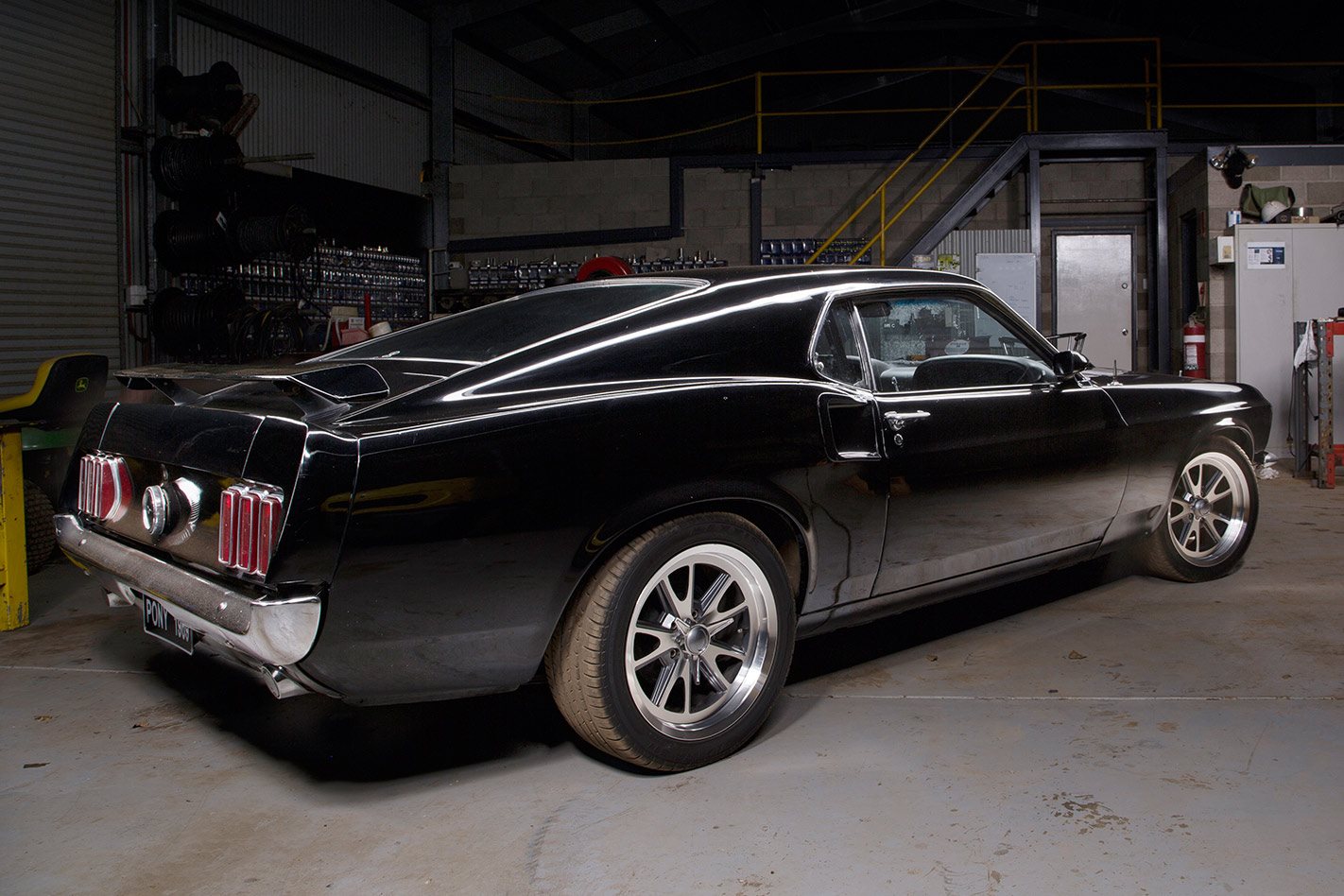 "I purchased it over the internet a few years back, and boarded the big bird to Perth with a mate in readiness to seal the deal, looking forward to the our ensuing 3000km road trip home. But my rudimentary skills and patience were tested when 50km out from home the actuator rod on the clutch master cylinder snapped, followed by exhaust leaks at the manifold, the rear muffler coming off, the coil giving up the ghost, oil leaks from who knows were around the gearbox, overheating and severe vibrations in the driveline.

"But the Ford got us all the way home, and then she was straight into a mate’s shed with a hoist. There it received a new radiator, water pump, harmonic balancer, carb, ignition, full exhaust (ceramic tri-Y and 2.5-inch Magnaflow), and complete driveline from the new bellhousing back, including a Tremec TKO 600 and Truetrac diff centre. 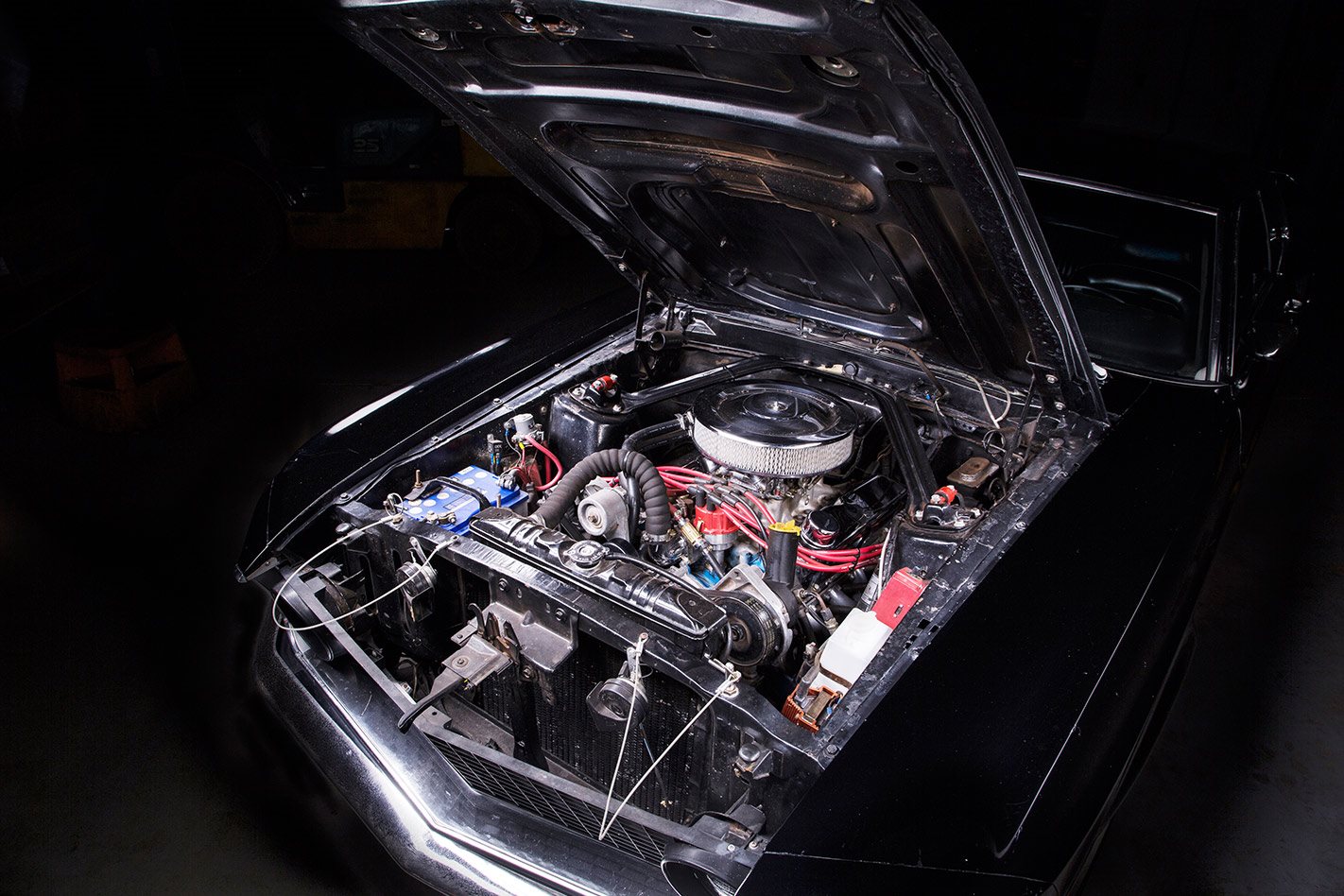 "Parts are dirt-cheap and readily available for early Mustangs, so the usual stuff like all-new body rubbers, glass and wiring were added to the mix to ensure trouble-free comfy cruising. Is another road trip on the go? You betcha, though I think a 347 stroker is beckoning first.”