Danielle Miller's late father used to race Mustangs, so it was almost predestined that she would one day own one

HER late father used to race them, so it was almost predestined that Danni Miller would one day own a Mustang. It took a few years, but she’s finally found her true love in this 1970 Mach 1

Have you always been into cars?
Dad raced Mustangs, though he died when I was quite young so unfortunately I don’t know which models or his racing history. Yet it left me with an emotional tie to Mustangs; I just love them. Though I was into 4WDs and bush-bashing at first. I had a beloved Nissan Patrol 2000 GU, with the jacking kit, bullbars and all. I had to sell that to buy the Mach 1. 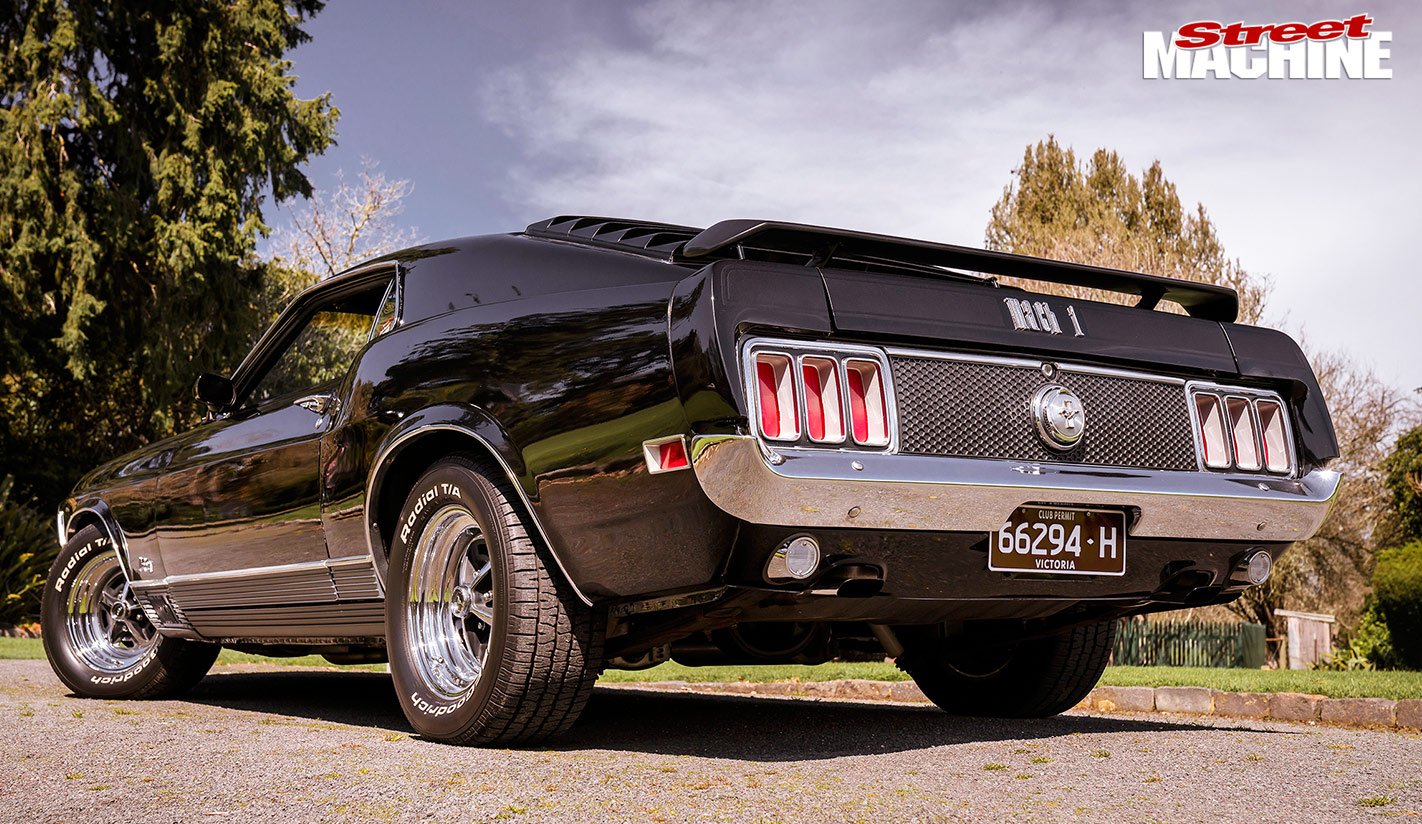 When did you get it?
In January ’16 while at a car display in Ararat with my partner Damien’s 2008 Ford FG GT. I saw the Mach 1 on display, and as I stood there ogling it, the owner wandered up and mentioned that it was for sale. I quickly responded with: “It’s sold!” I didn’t even know how much he wanted! 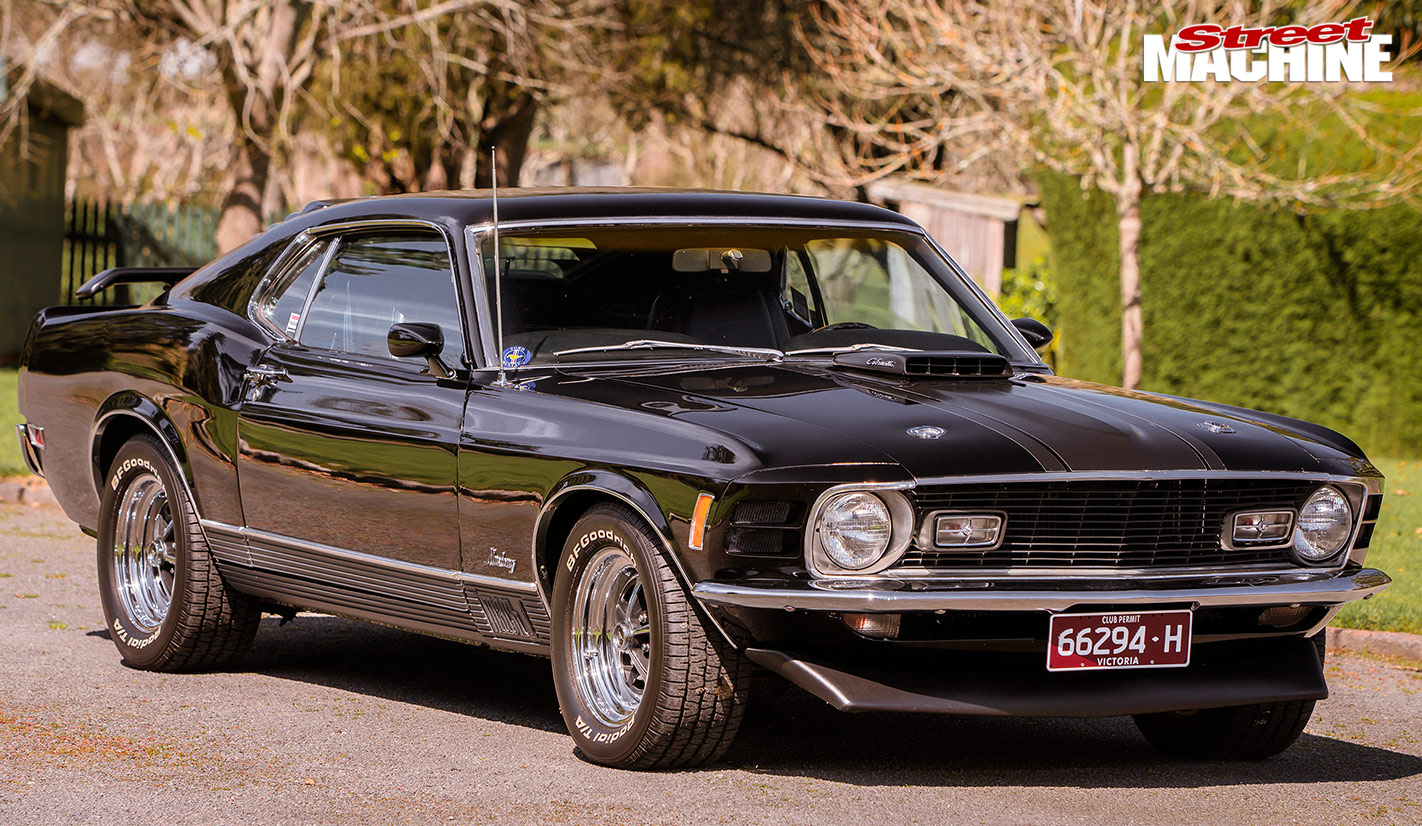 That sounds risky!
Nah, I already knew the Australian history of it. It was imported in 2008 and I’m the fourth owner; the second owner was the president of our club – the Falcon GT Club of Geelong. So there are a few members excited to see it back in the mix. And I don’t plan on selling it! 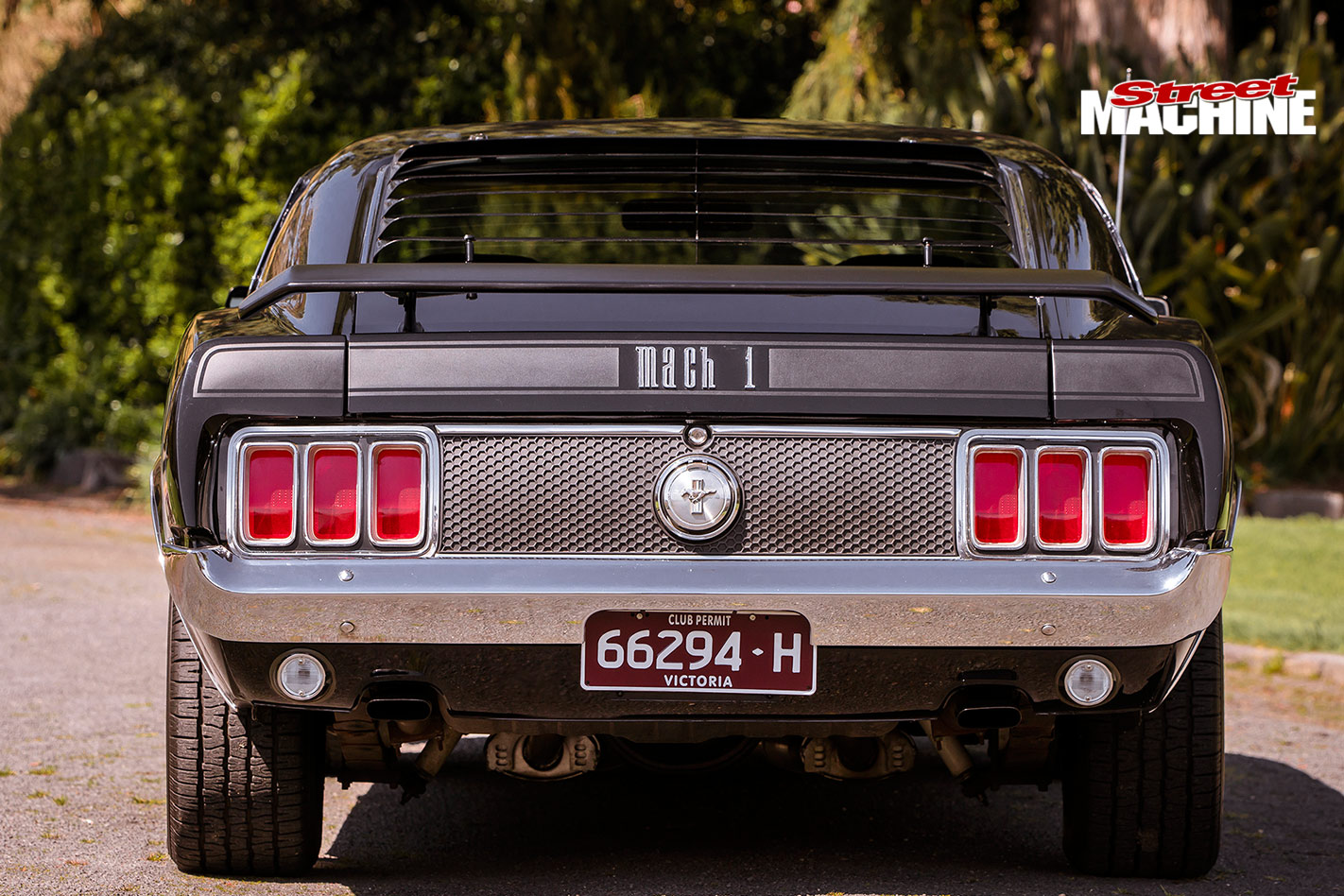 Tell us about it.
It’s a matching-numbers ’70 Mustang Mach 1 and it’s about 95 per cent original, with the big difference being that it’s black instead of the factory Grabber Blue. It’s running a 351ci Clevo 4V, Top Loader four-speed close-ratio manual transmission and nine-inch with original 3.25 Trac-Lok. 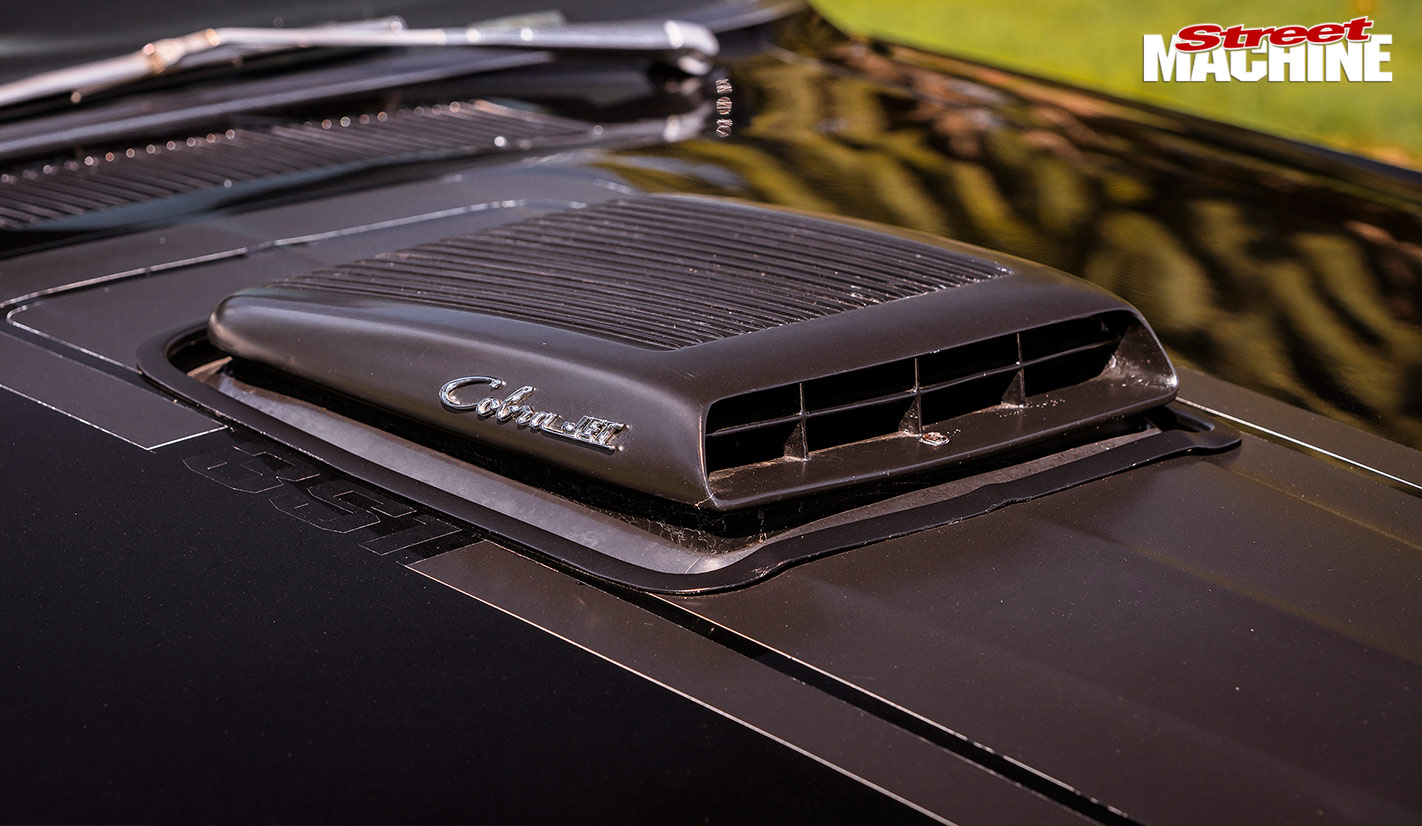 Any plans to mod the Muzzy?
We’re currently building a 1971 XY GT-replica ute. So once that’s on the road, we’ll restore the ’Stang. Full concours is the go, but I’m not a big fan of the Grabber Blue. I’ve got a bit of time to ponder on that. 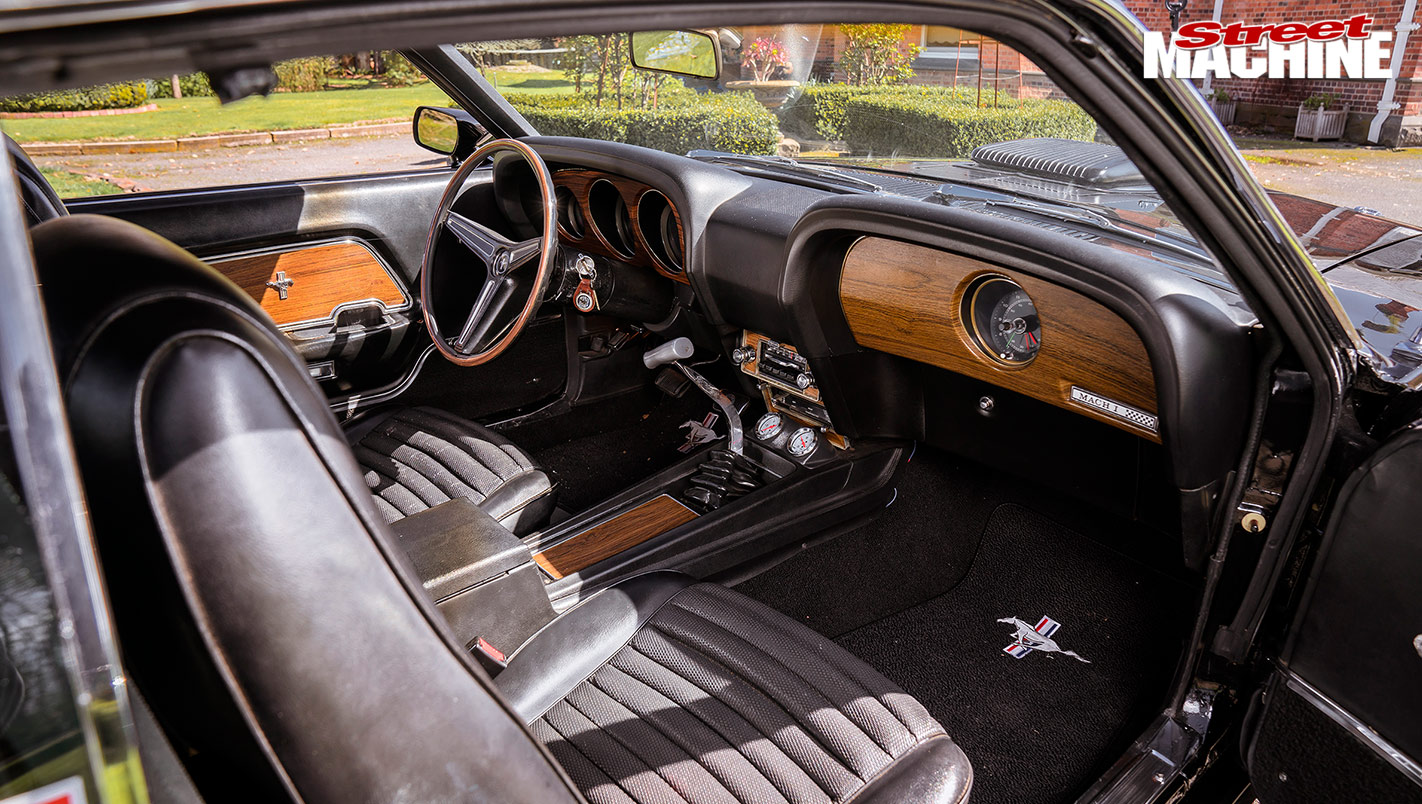 What do you get up to in it?
I love Sunday drives down the Great Ocean Road. It handles so well, it just grips the road. And as it’s a manual you can really drive it. I also recently won a trophy: Best Original at the 2017 Colac Car show. 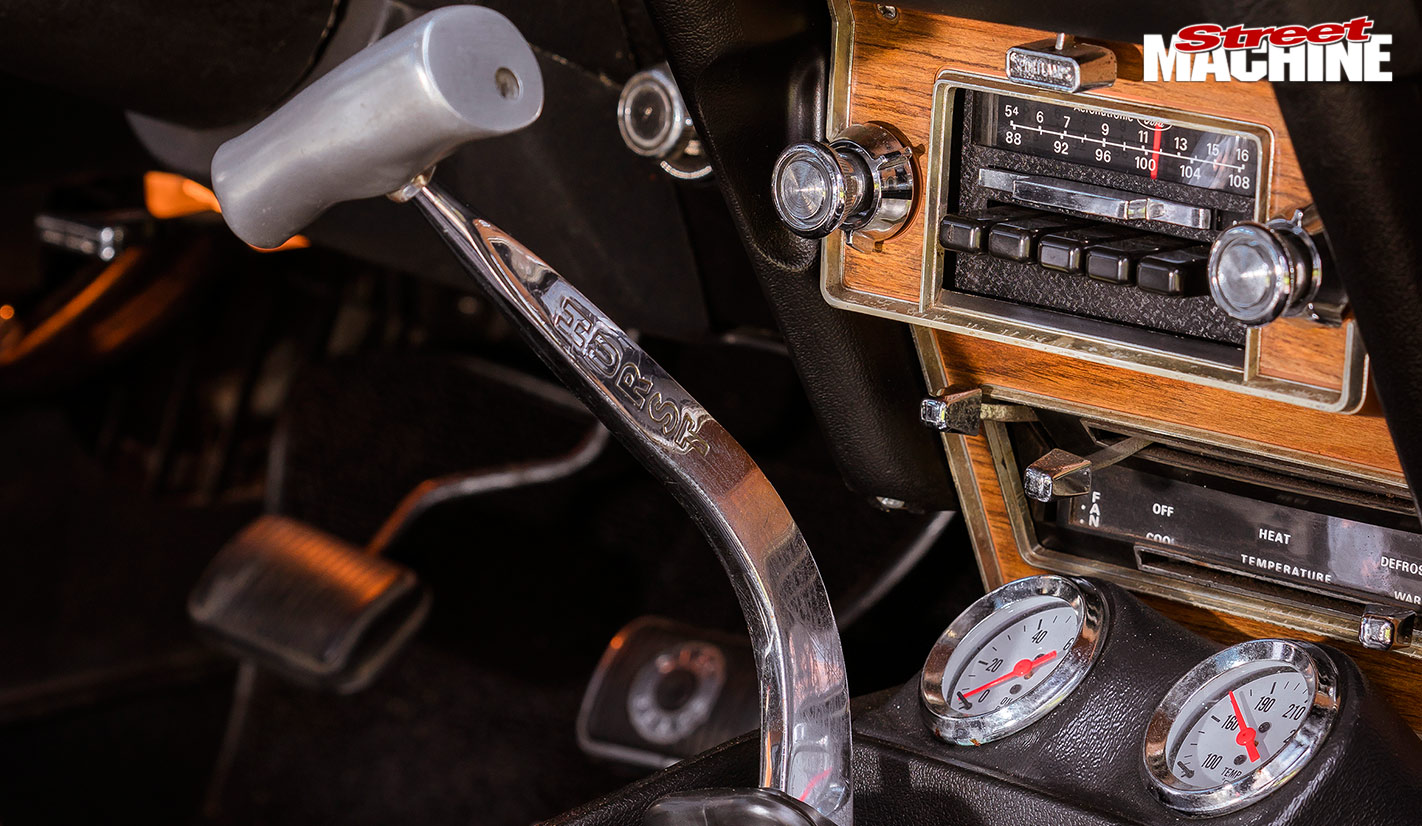 What do your family think of the ’Stang?
My step-dad loves it so much that he’s pestering Mum to buy one himself. But Mum and my friends think I’m mad “wasting my money on it”, but in truth it’s appreciating in value. None of our three grown daughters have any interest in it, so I guess it’ll be in an estate sale when I die. 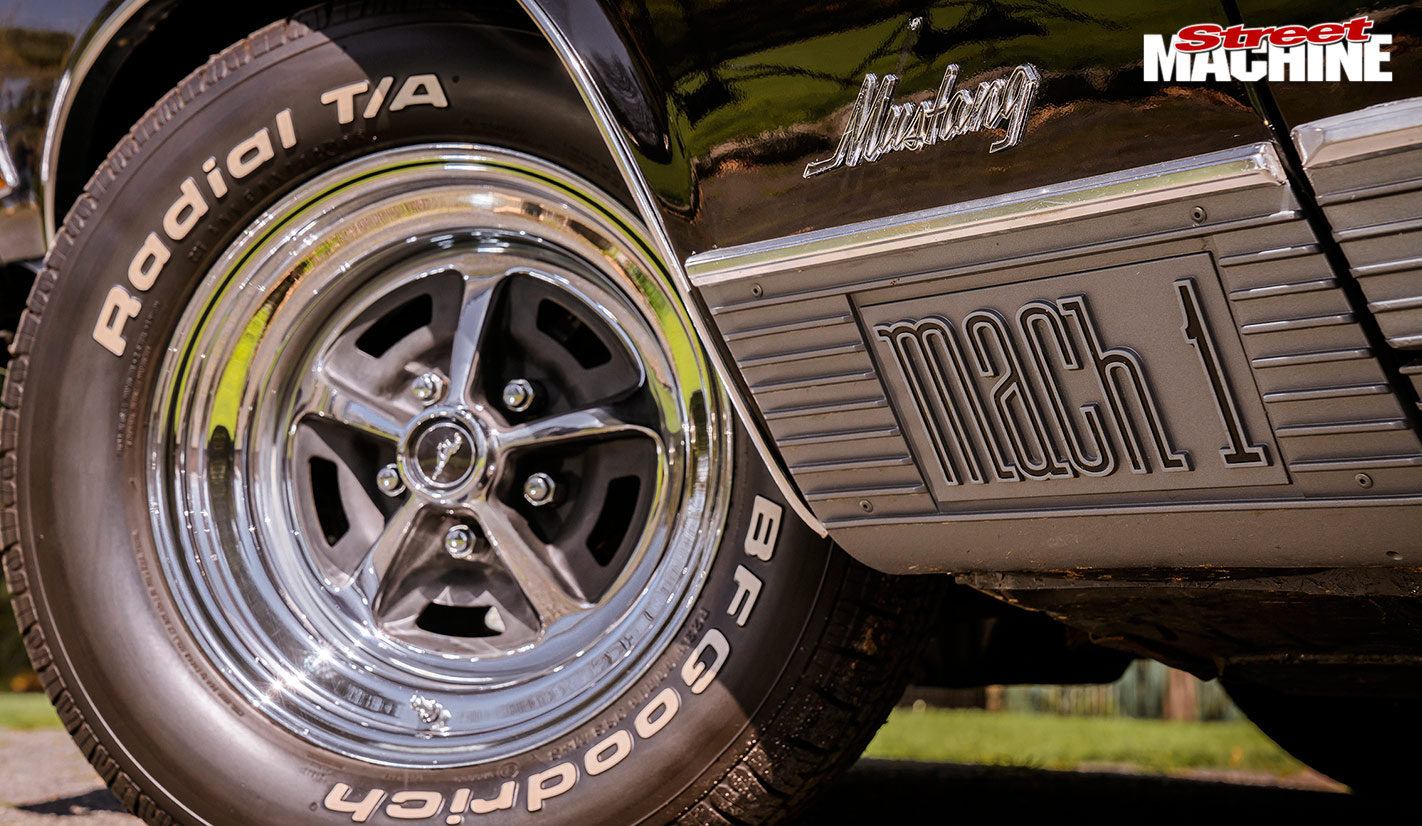