AT the recent Everything Chrysler Day in Perth, we were struck by the number of families attending that had multiple members all with cool cars. And cool Mopars don’t get much better than those belonging to Darryl Smirk and his two daughters Cassie Rhodes and Katie Doyle. 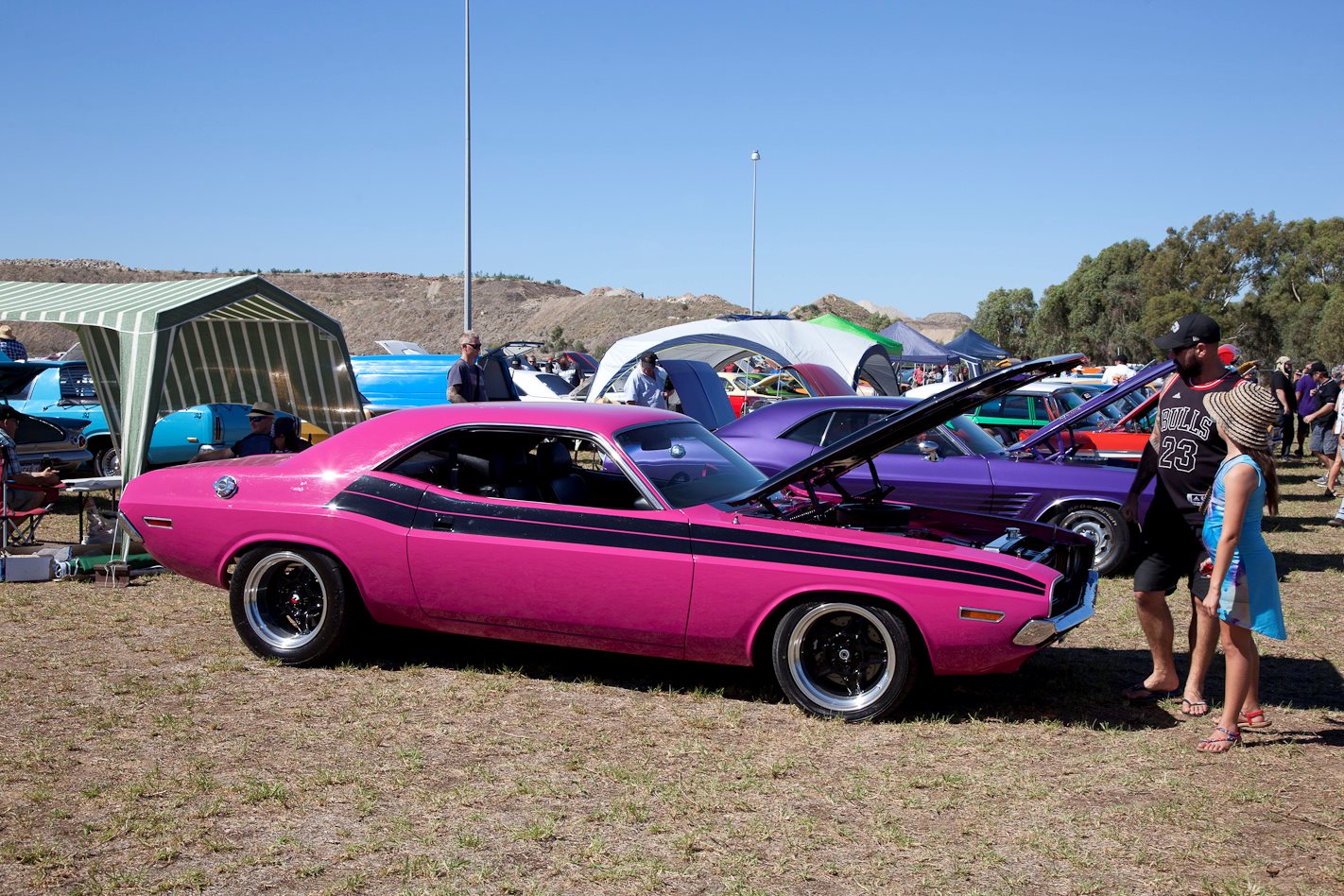 There is also a third generation coming through and while they aren’t quite old enough to drive, there’s a pretty fair bet they’ll end up in a fast Mopar. The patriarch of the family isn’t slowing down, having turned 70 a little while back, and he celebrated by having his ’70 Dodge Challenger featured in SM, Jul ’15. 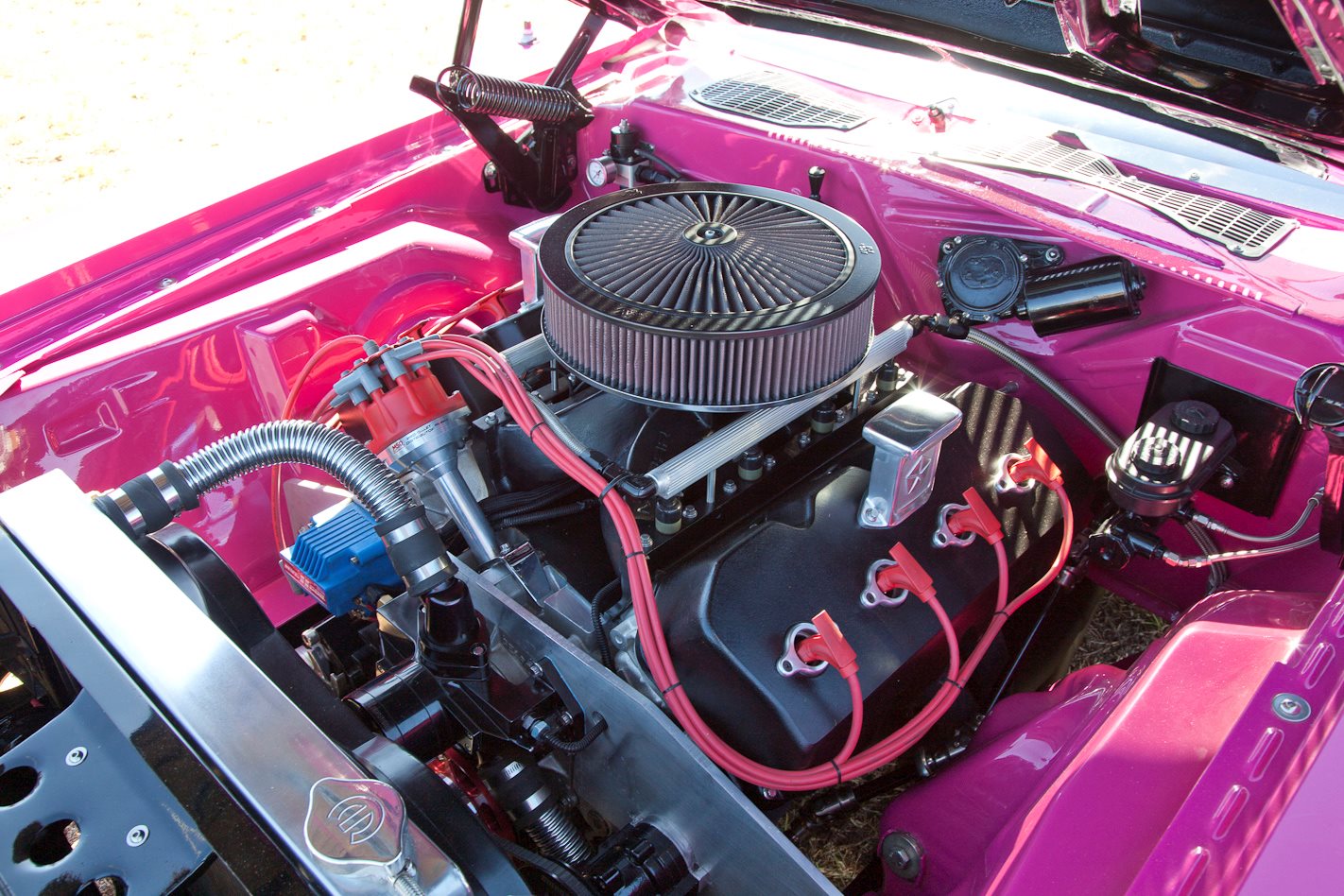 Under the bonnet is 472 cubes of all-aluminium Hemi. Darryl even jumped head first into the 21st century with a F.A.S.T. EFI system that has a 1375cfm throttlebody. To help out with the highway mileage, there’s Gear Vendors overdrive unit behind the 727 Torqueflite and a big ol’ Dana 60 out back with 3.55 gears. 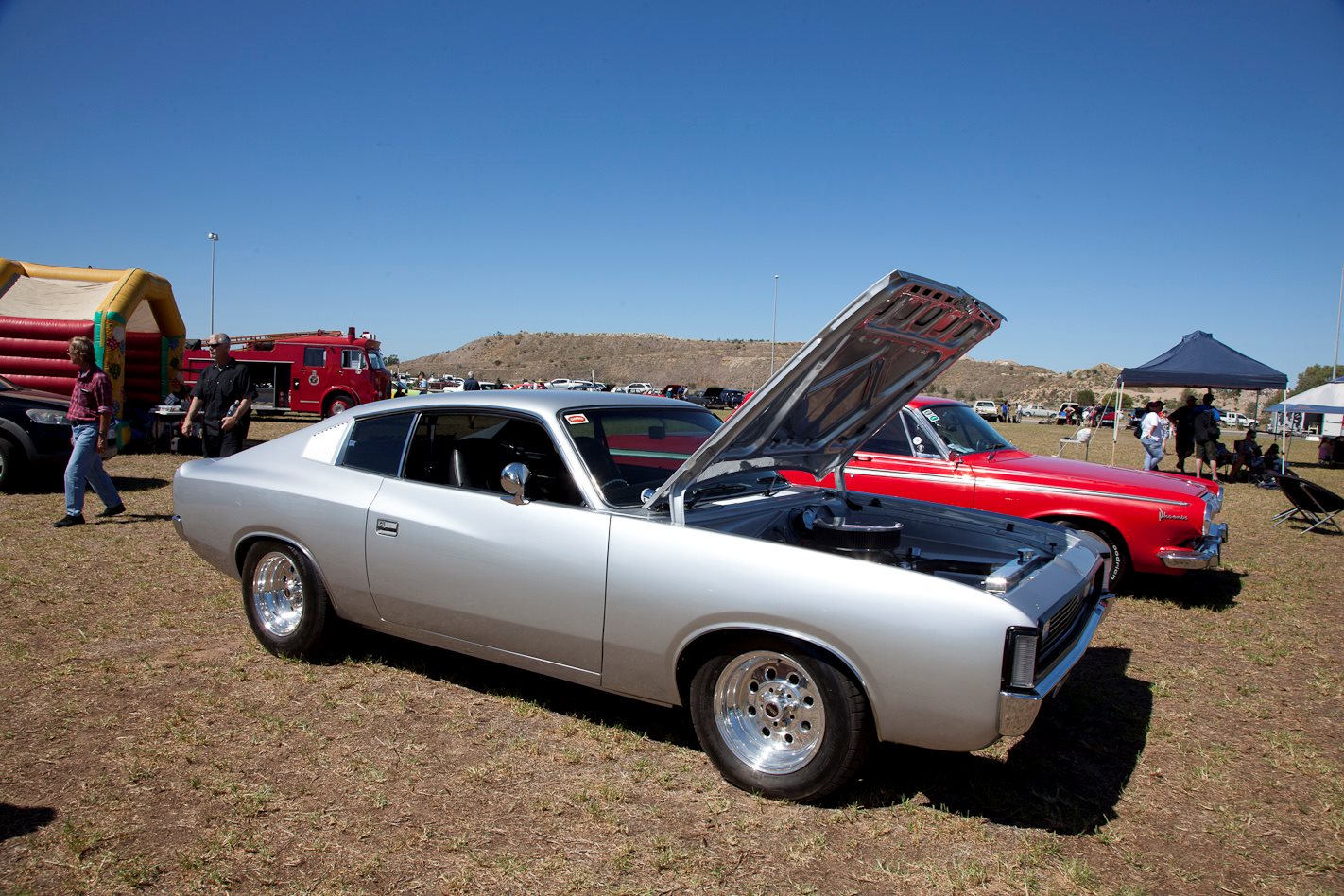 Katie’s VH Charger is a super clean example of one of the best looking Aussie muscle cars ever built. It was featured as an Iron Maiden back in SM, May ’07 but quite a bit has changed since then with the paint being tidied up a fair bit and the 318 making way for a stroked 360. 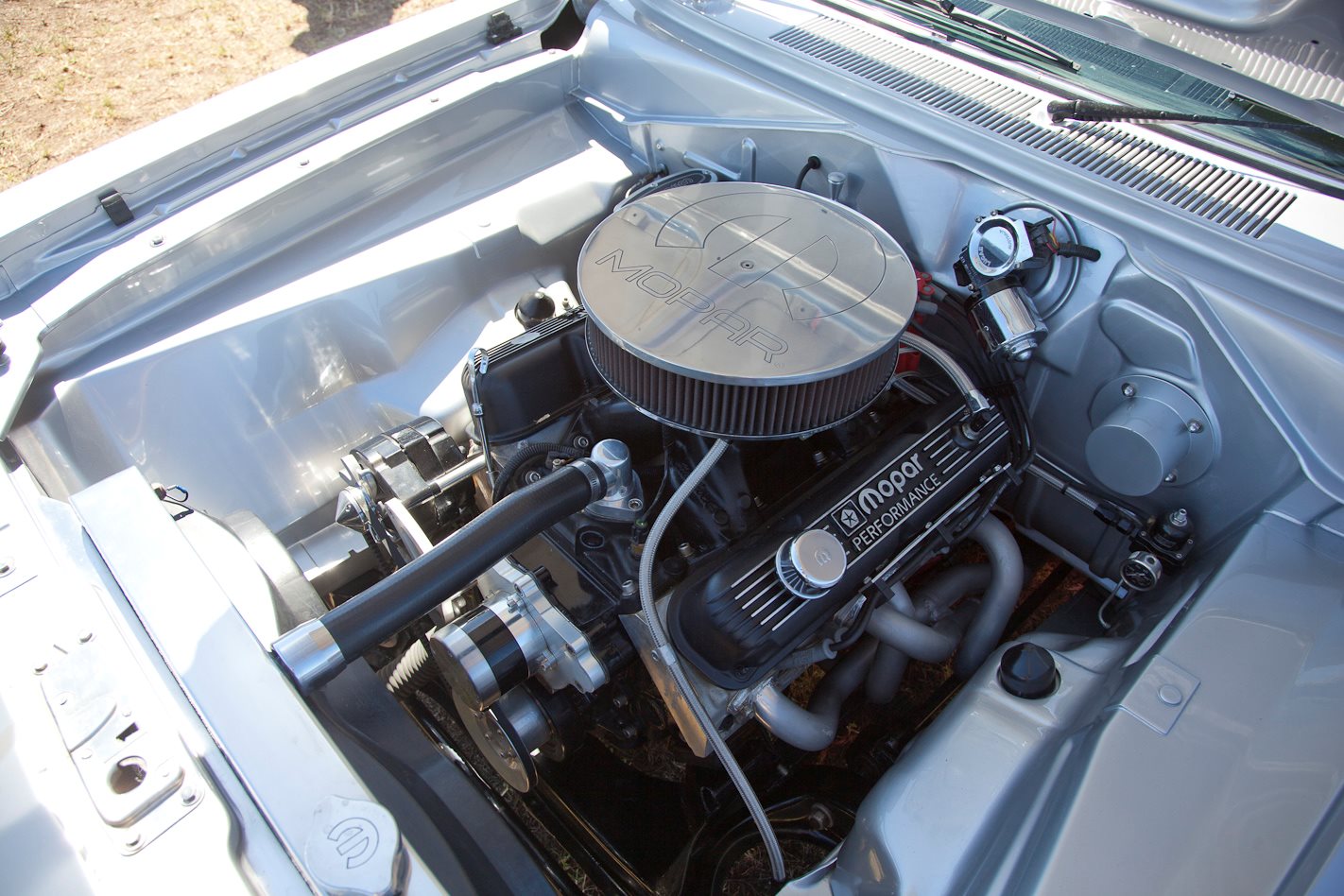 The engine bay is clinically clean with an electric water pump removing a lot of the clutter from the front of the engine. Katie also runs a F.A.S.T. EFI system on top of an Edelbrock Air Gap intake and Edelbrock ally heads. There’s a 727 Torqueflite with a 3500 stall and a 9-inch with 3.55 gears. The torsion bar front-end has also been ditched for a tubular IFS and rack and pinion steering. 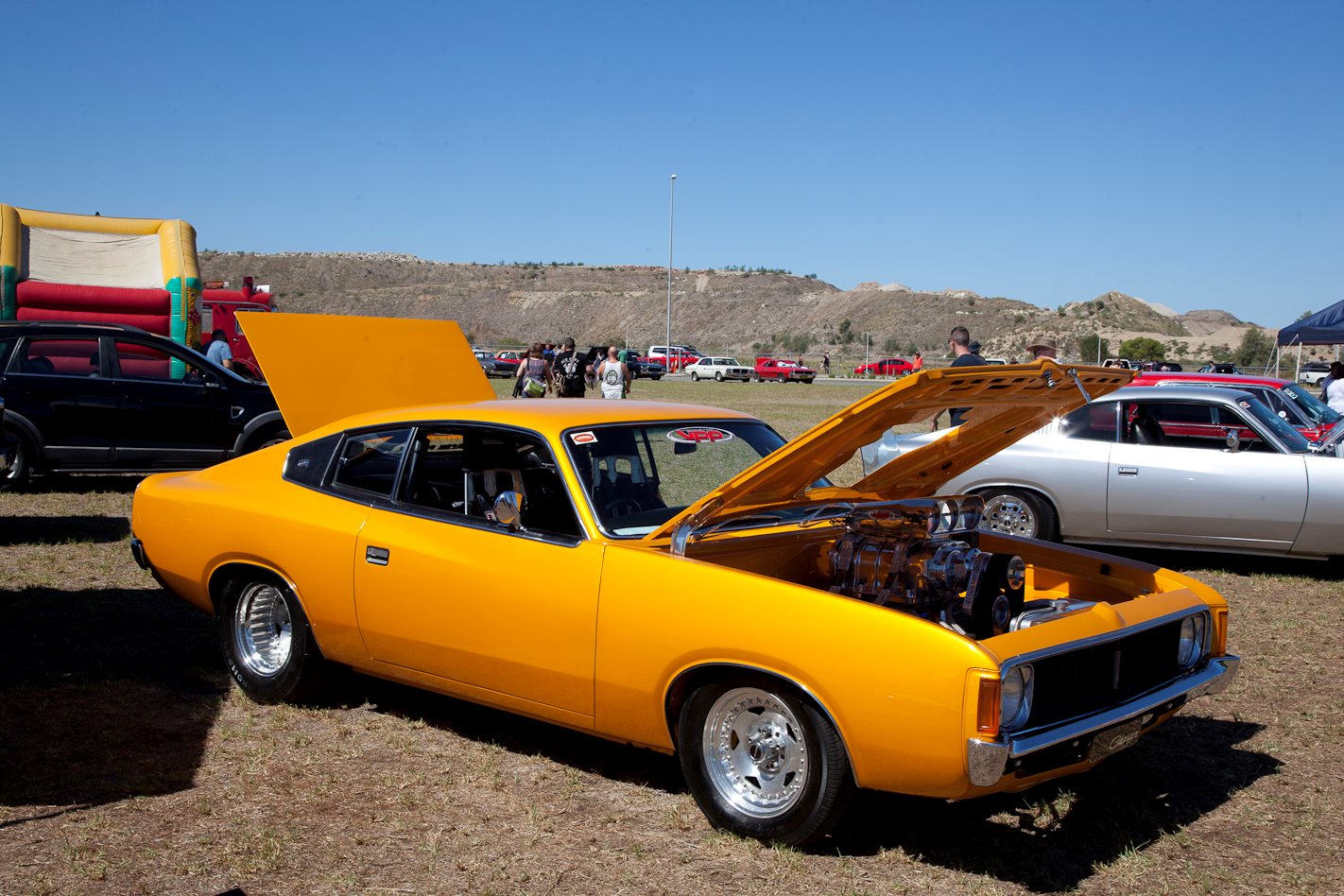 Our May 2007 cover car has seen plenty of action in the last 10 years with Cassie wowing the crowds at several car shows as well as tearing up the dragstrip. The car has gone a best of 8.73@154mph, which if I’m not mistaken is slightly quicker than her husband Sam’s “Special K” EK Holden has gone. Probably explains why Sam has ditched the nitrous and put a blower on the EK now. 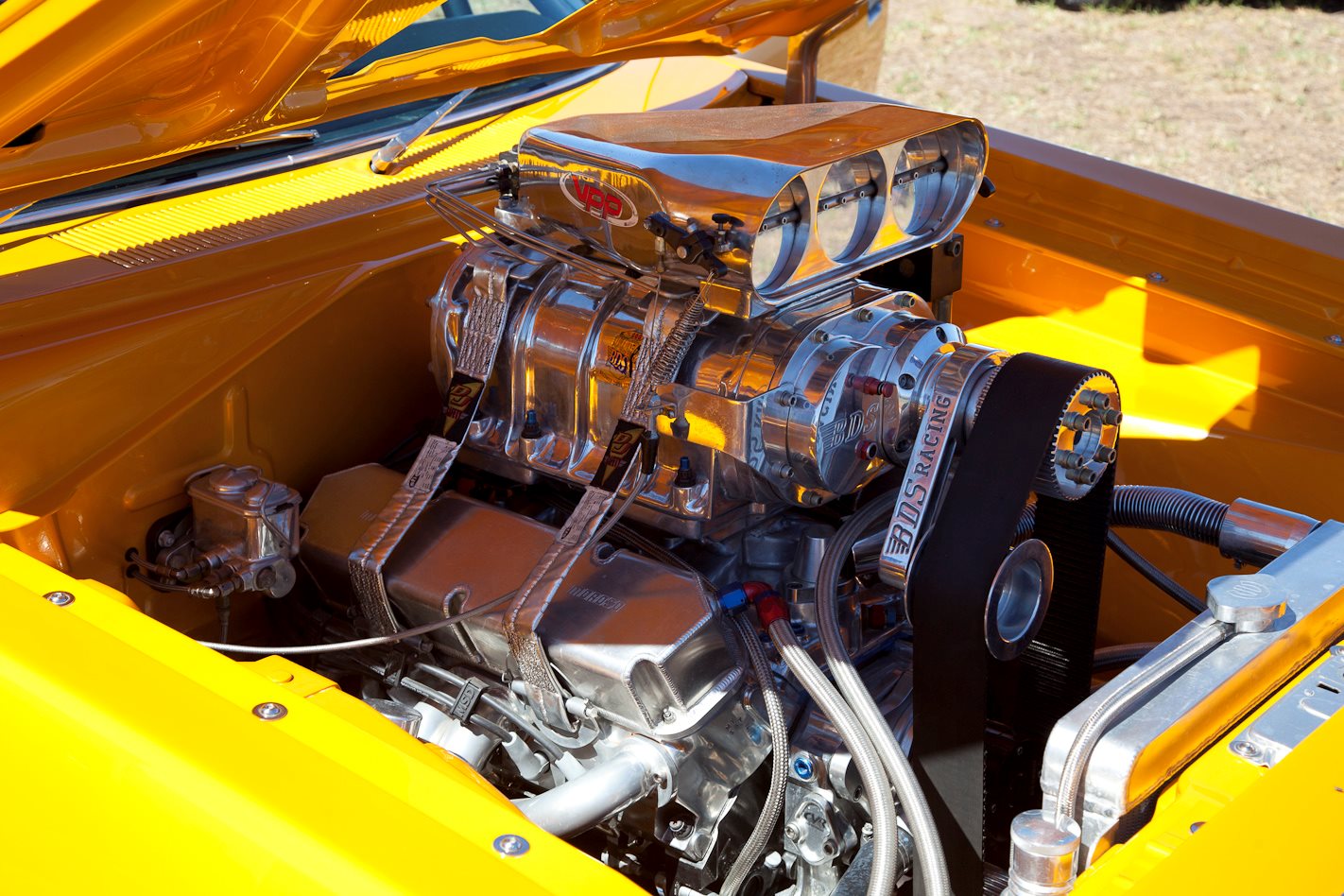 The always spotless engine bay in the E55 Charger is filled with 408 cubes of stroked 340 R3 race block goodness. The Mopar steel crank spins BME ally rods and pistons and is topped with a set of modified Brodix B1 BA heads. The BDS 6/71 blower sucks methanol through an Enderle Birdcatcher hat which has all been polished to a show quality finish. 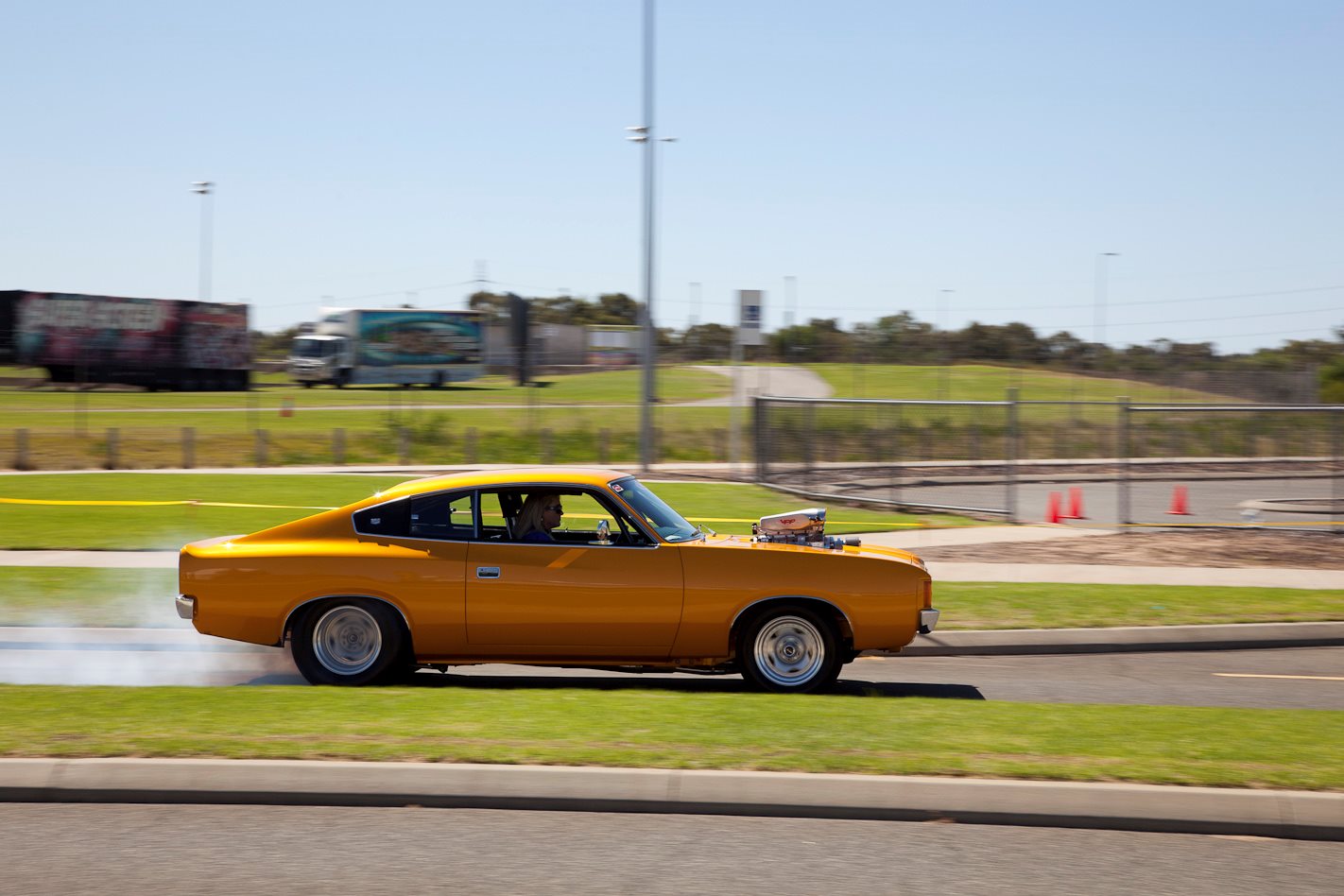 The HOK Sunrise Pearl paint still looks stunning, especially in the sun, and yes, this is a genuine E55 Charger. One thing that many people wouldn’t notice is that the whole driveline in the car has been relocated and centralised. Why? Well, you wouldn’t want the blower sticking out of the bonnet and not being in the middle, would you?