We’ve seen a resurgence of interest in the classic sin bin over the last few years both here and in the United States and now it seems even big time manufacturers are getting in on the act, as this saucy little number from Scion proves

Those who have been reading Street Machine since the early days will be all too familiar with the van trend that took over the Australian custom scene in the 1970s. After all, Street Machine was born out of the infamous Van Wheels mag.

We’ve seen a resurgence of interest in the classic sin bin over the last few years both here and in the United States and now it seems even big time manufacturers are getting in on the act, as this saucy little number from Scion proves.

Riley Hawk, son of legendary skateboarder Tony Hawk, was called upon by Scion to put his creative mind to a one-off Scion xB wagon – known in Australia as the Toyota Rukus. Clearly Riley has taste beyond his years because he's gone to town in true 70s van style.

The xB has been built as part of Scion's SEMA campaign for this year. Scion is a US Toyota offshoot that releases models aimed at a younger generation of new car buyers. Over the years they have brought tuning companies on board to modify brand new Scions and display them at the Las Vegas mega show.

Scott Kanemura of KMA Productions was the bloke who made the magic happen. He's managed to integrate all the hallmarks of authentic 70s vans into the Scion. It's got a woodgrain dash, shag carpet lining the roof, 8-track player and captain's chairs trimmed in brown leather.

The concept is obvious from the moment you spy the graphics and Cragar wheels. It's even got porthole windows up the back.

If you happen to be headed to SEMA this year you'll find the xB on Scion's stand. Let us know what you think of this old-meets-new mash up. 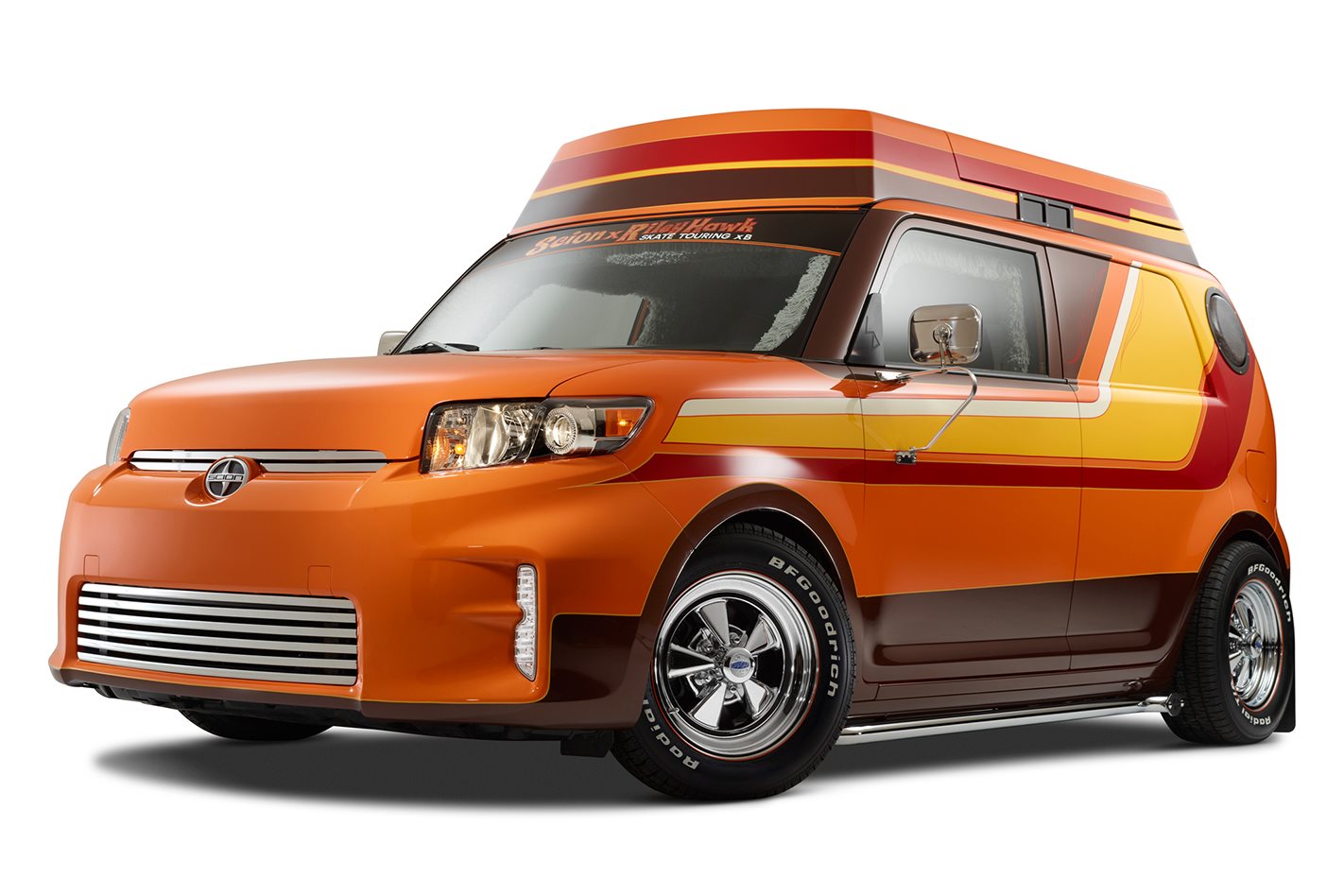 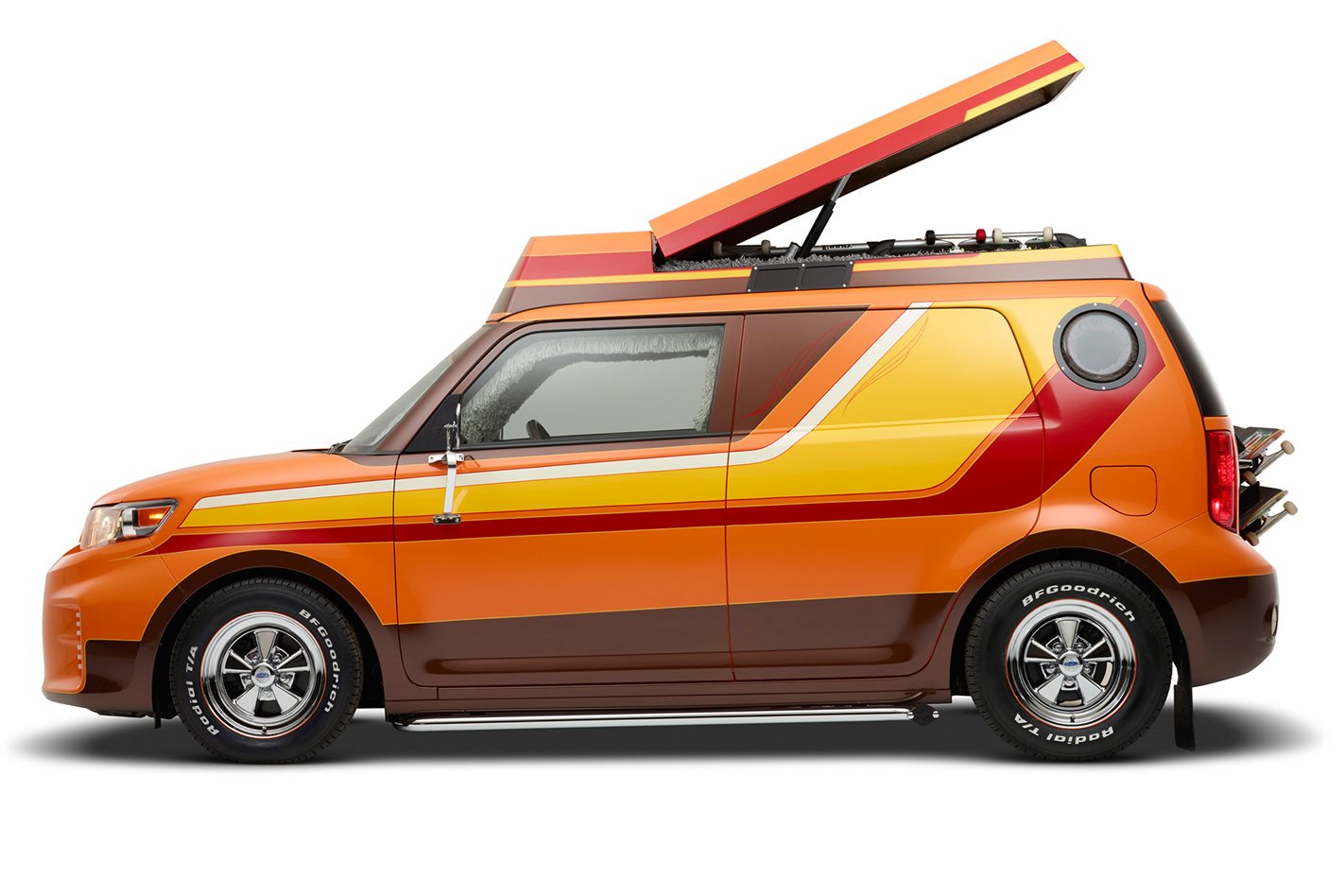 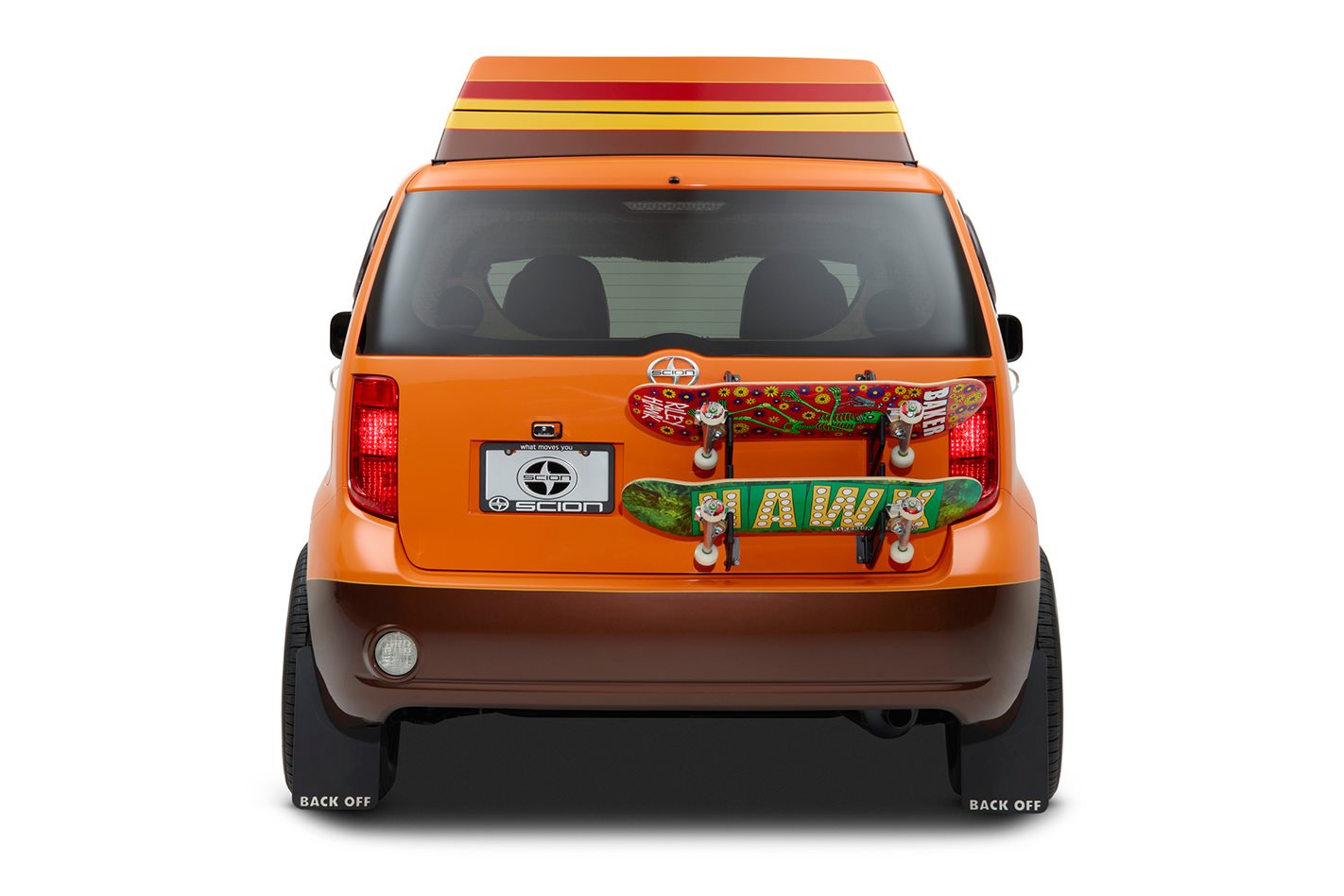 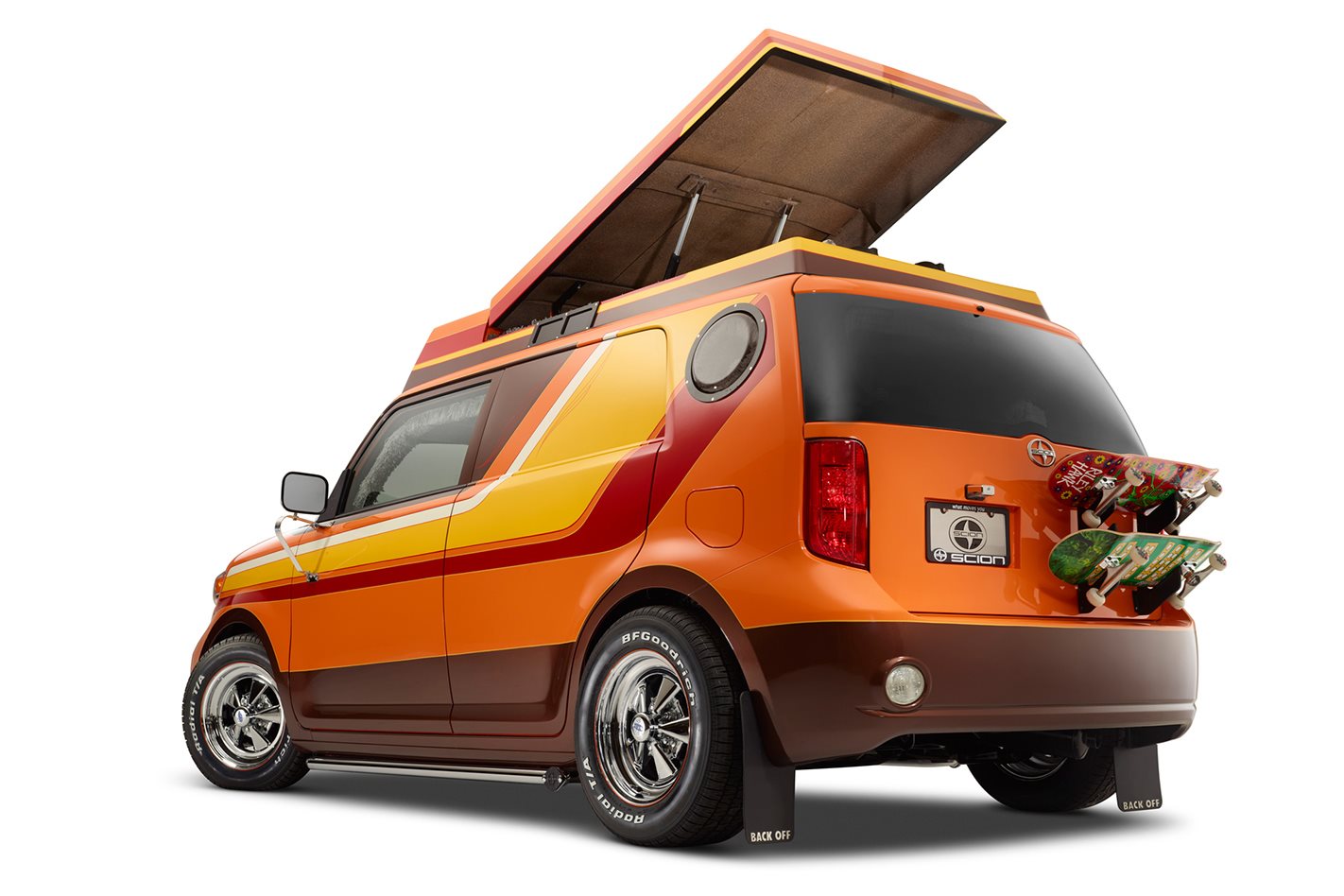 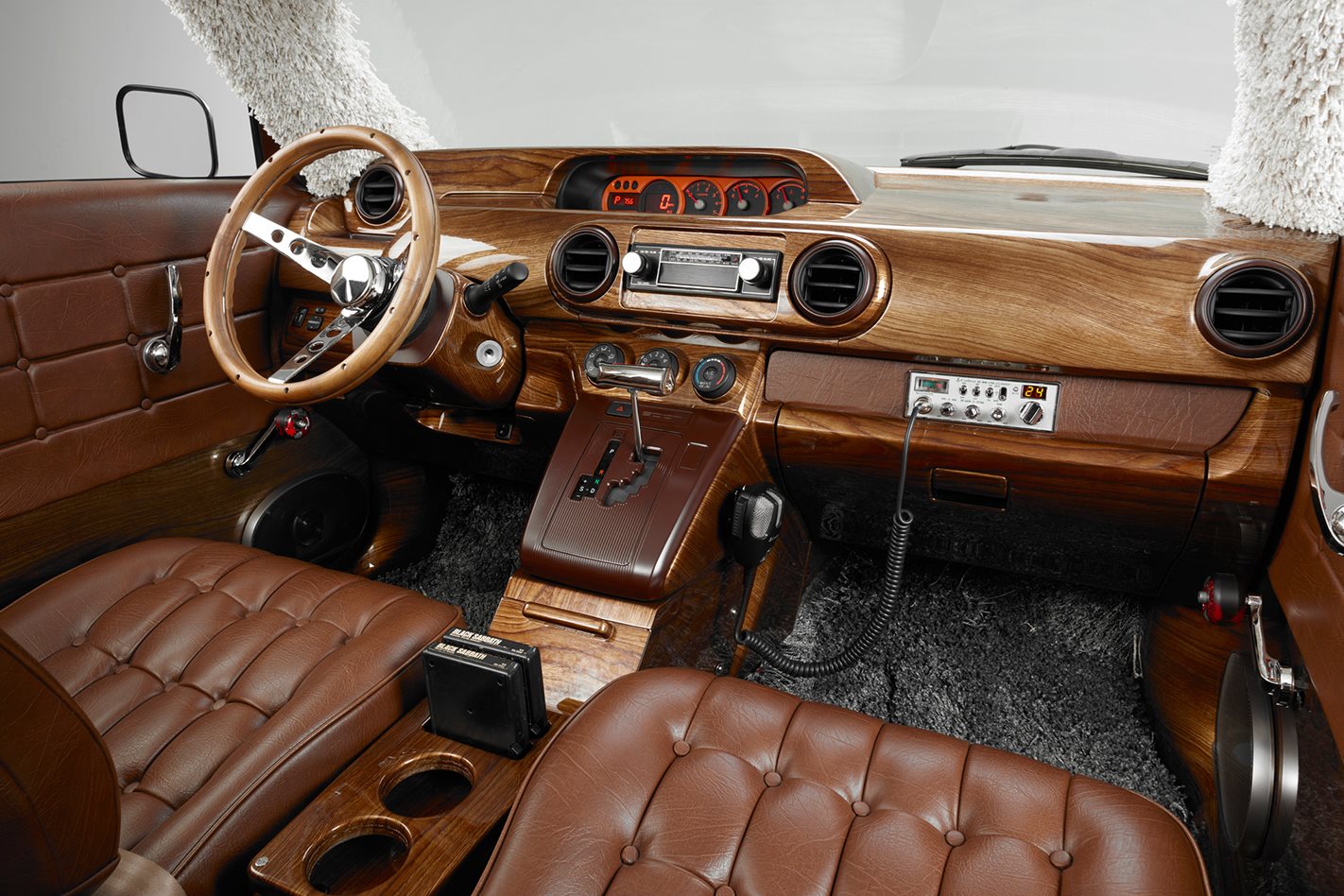 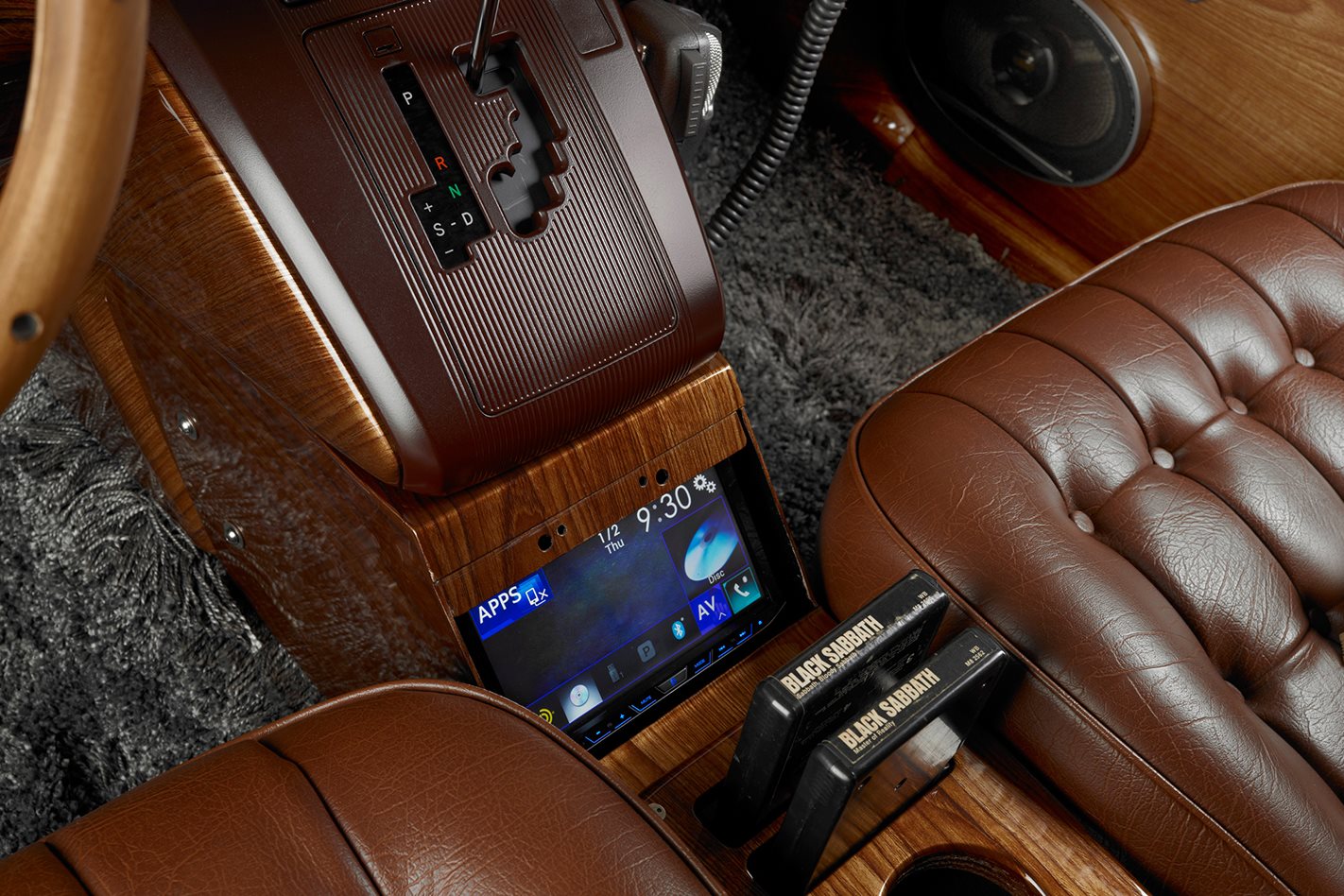 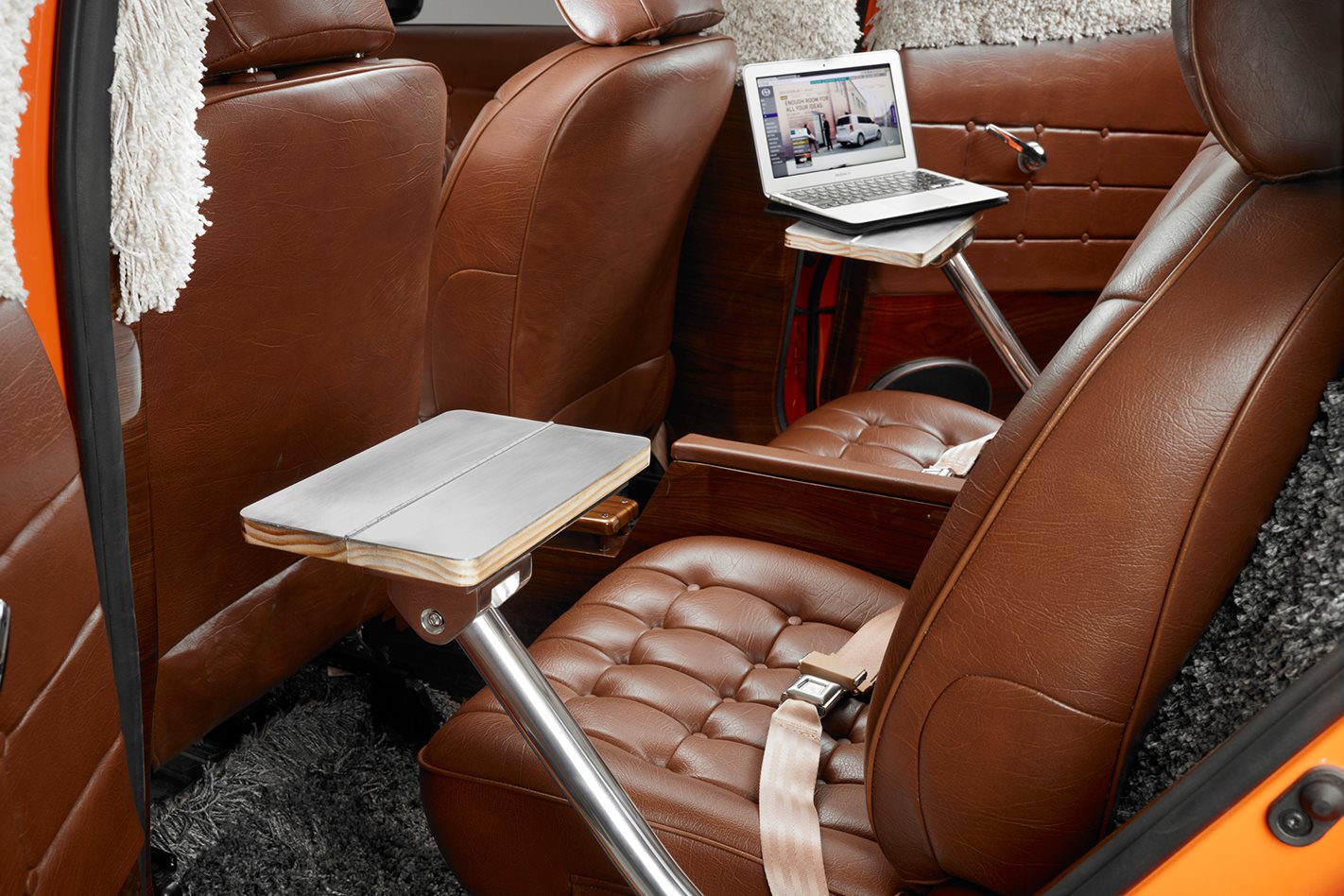 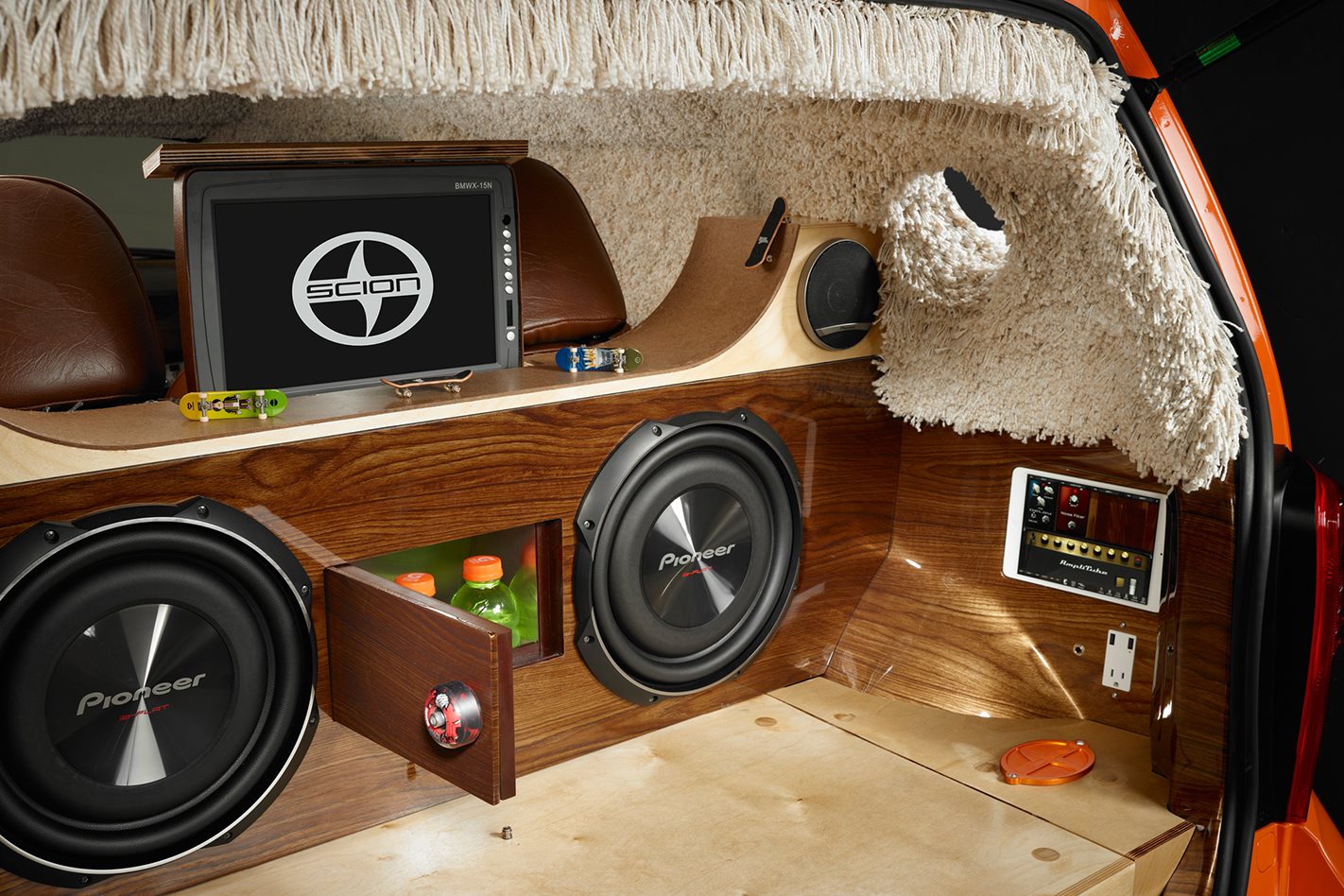