STREET machiner’s view of recycling is a little different to your average tree-hugger’s. We think Michael Agius’s GT replica is an incredible thing to create from a cheap wreck, while greenies would choke on their soy lattés at the suggestion that there’s anything good about a reborn V8 muscle car.

But Michael certainly knows about recycling — he built this cool GT from the bones of two tired rides. 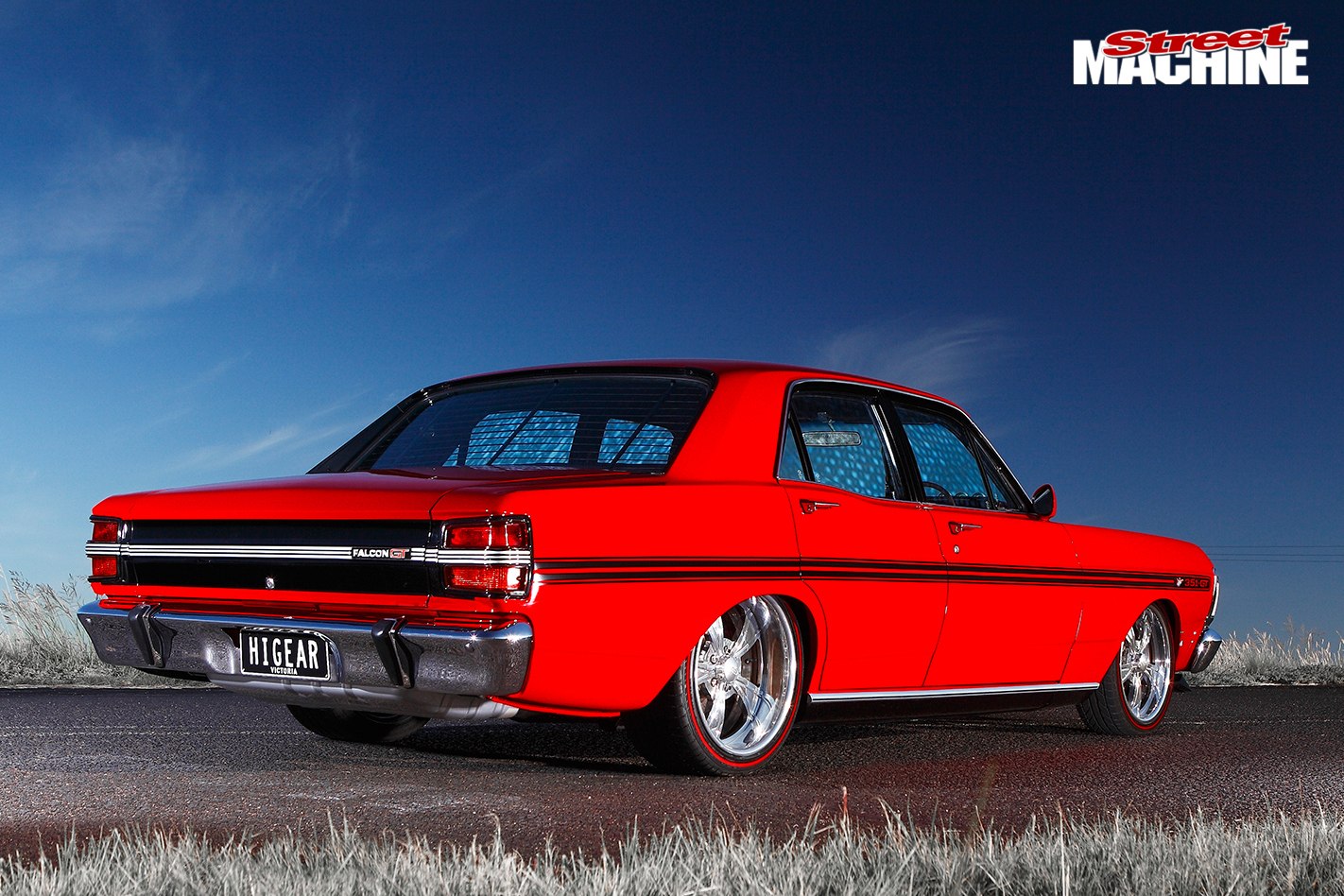 It started at the All Ford Day in Geelong six years ago. One of Michael’s mates had found three XYs in a paddock; two were sold but the third was up for grabs.

The Yellow Ochre povo-pack was a rusty six-cylinder auto but it was all there. However, Michael had a line on another XY that had a better body but wasn’t much more than a rolling shell.

“It had three doors and a boot, that’s it. No bonnet, no guards, no grille, no interior, no dash — they took everything out of it. But it was a factory manual car.”

It was also a genuine Track Red GS, originally optioned with a black interior, but only a six-pot according to the tags. 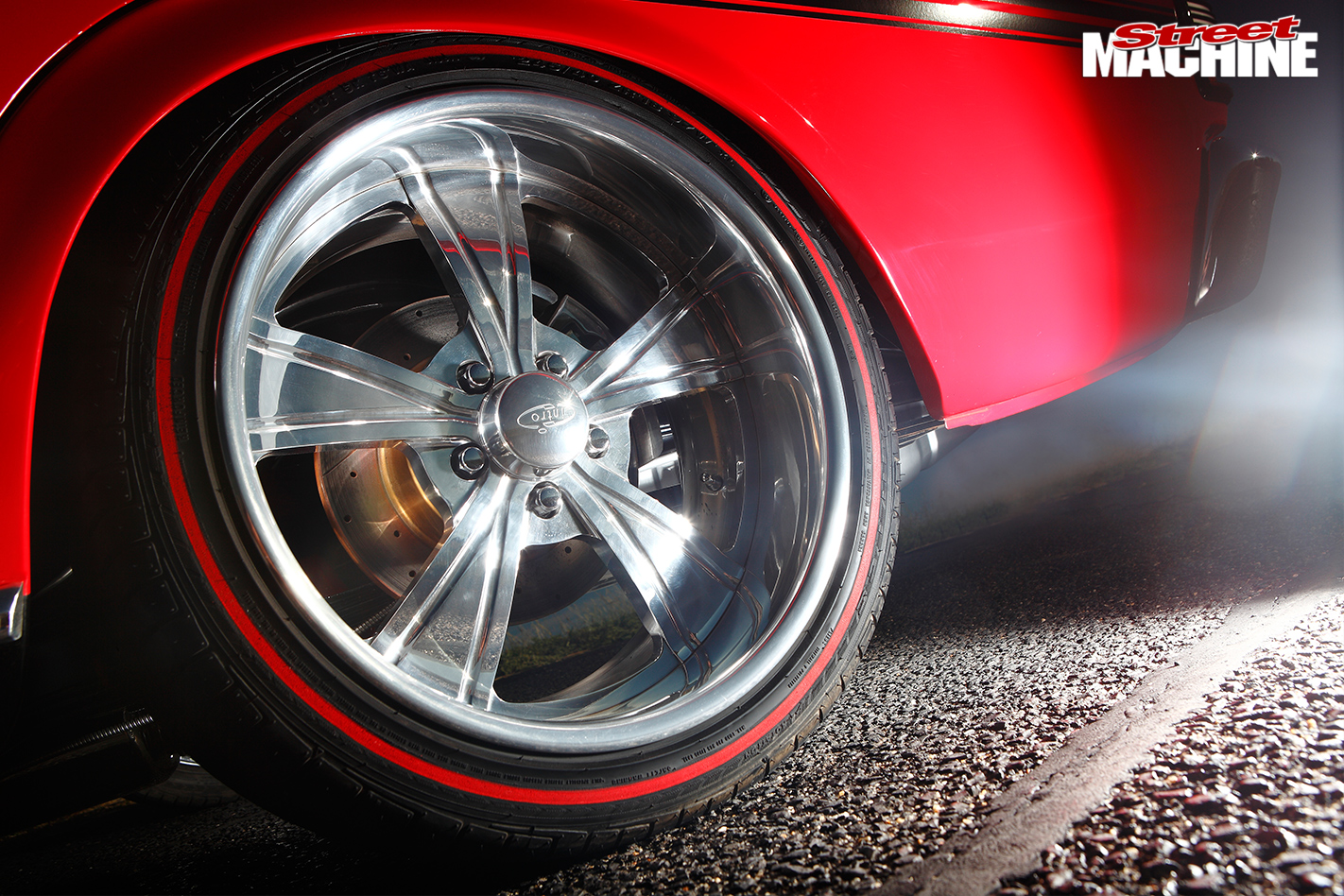 Naturally, the yellow wreck was scavenged to rebuild the far more desirable GS.

“I used the guards, one door and the boot from the yellow one. But the actual floor, the sills, around the window channels, the gutters, they were all gone. It had the parts I needed — the stupid stuff, like a crash pad to change over. I used bits and pieces, stuff that was missing off the other one, like the wiper motor and the brake booster.”

Being in the panel business, Michael saved plenty of dough by doing it himself, mostly at home. He stripped the car by hand, taking it back to bare metal. 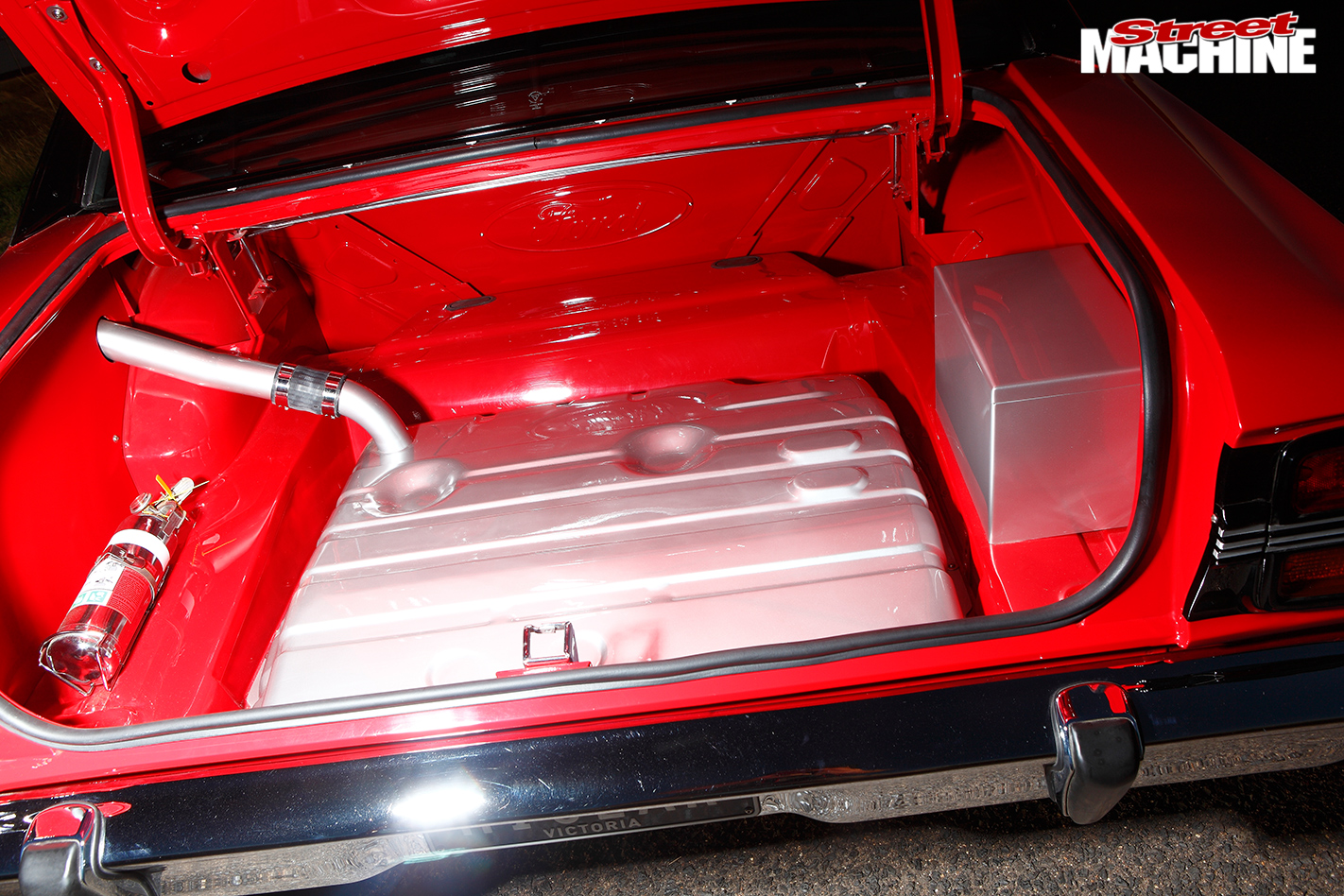 “Within six months I had the body done; the outside and all the jambs. But when I chucked it on the spit and started doing underneath, that’s when it started to drag on,” he laughs.

Michael admits to being a little pedantic when it comes to getting everything just right.

“Painting things, putting them on the car, then taking them off, rubbing them down again, painting them again. I got obsessed at one stage. Sometimes I’d paint things three times.

“First it was the body, then I went under the guards, and from there I redid the whole floorpan. I removed every spot weld, cleaned all the seams, bogged the channels, flattened everywhere I could flatten — even the places you can’t see I smoothed off. It’s all clean two-pack gloss.”

After that he decided to go the whole hog and started die-grinding the top loader and Clevo block. 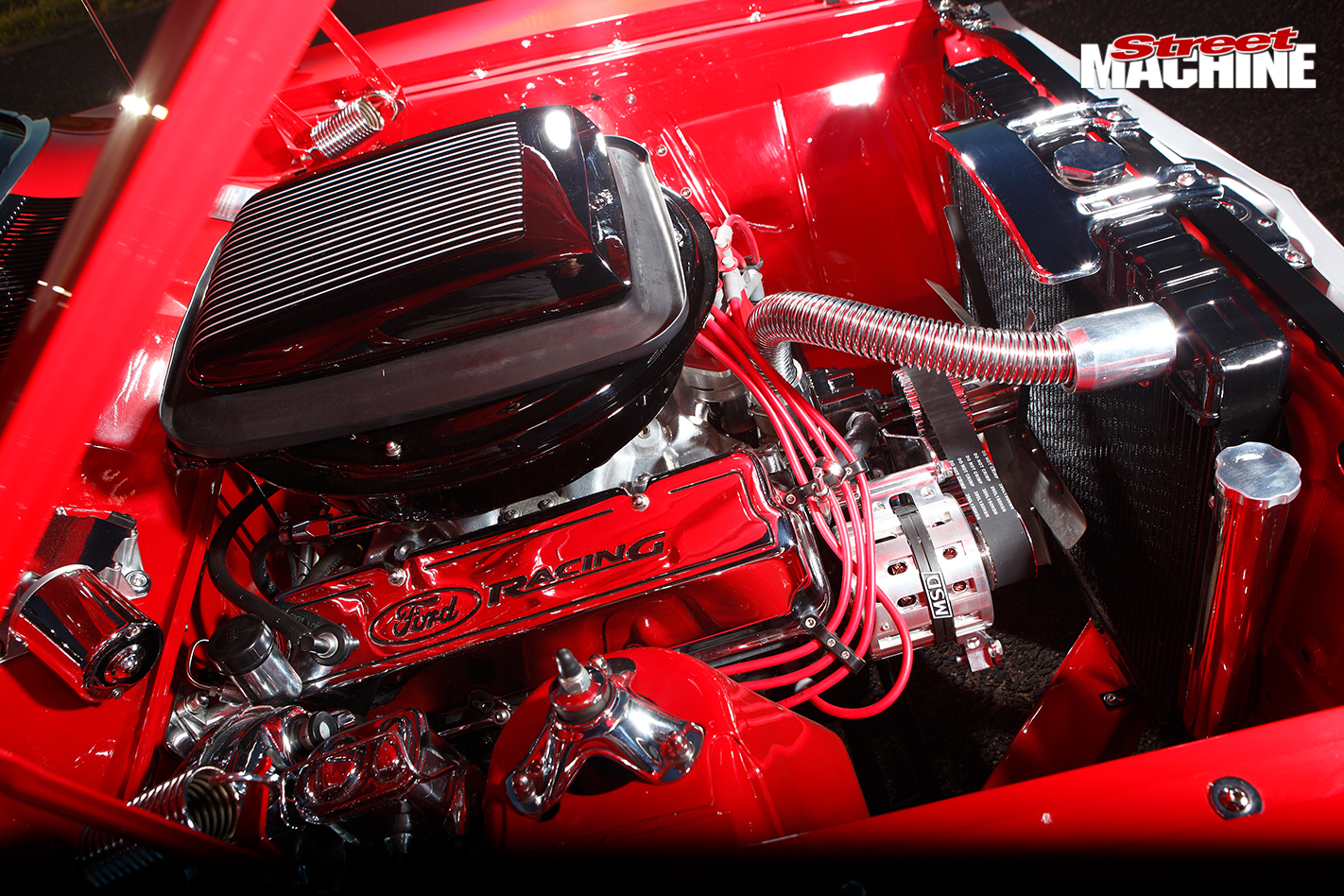 “Now the undercarriage is better than the outside of the car!” he reckons.

After a break, during which the car languished on the rotisserie for a year, Michael got back into it and finished the bodywork off with a trip to the spray booth at his work, Aztec Smash Repairs.

Mechanically, the XY isn’t a million miles away from many other GTs getting around on Aussie roads — 351, top loader and nine-inch.

“But this is where the money really started flying out the door,” Michael says.

Cast iron 2V heads were ported, polished and flowed to about 550hp, and his cousin Freddie slotted the tough 351ci combo together. 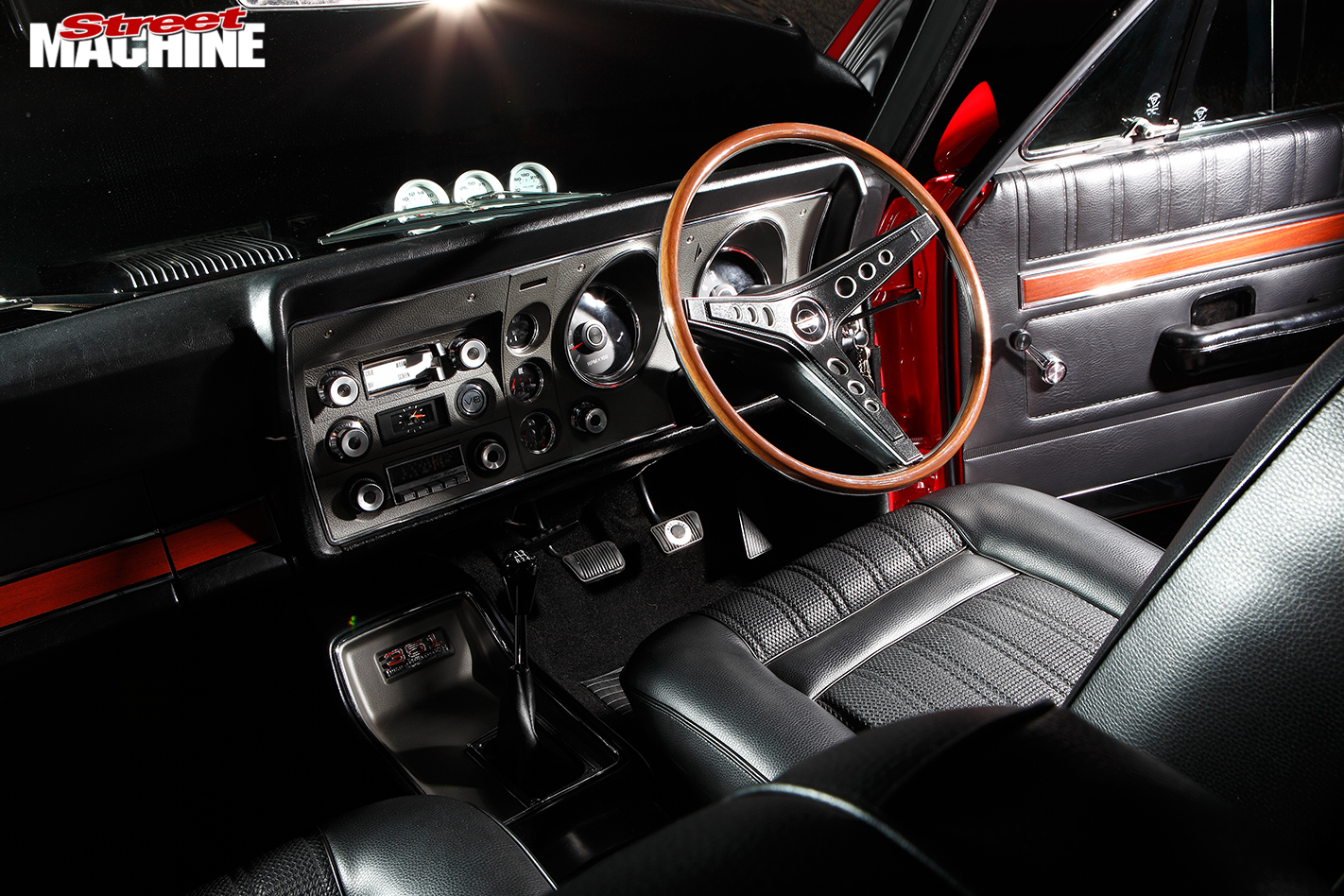 “On paper it’s supposed to put out 400hp,” he adds, and with the top loader and 3.9 gears in the arse, it should put plenty through to the tyres.

The nine-inch has been shortened 20mm either side to position the 18x9 Intro Vista 5s properly under the guards. “It hasn’t been tubbed,” Michael says. “The wheels fit perfectly and don’t rub.”

Inside it’s all GT-spec thank to Motorcraft, with black vinyl over the standard bucket and bench combination — even the radio is stock, although there’s a Pioneer unit in the glovebox. The only hint from the inside that you haven’t taken a ‘Hot GT Time Machine’ ride to the 70s are the three Auto Meter gauges out on the cowl.

Once the paint was done, the build went full steam ahead again. Michael’s aim was to debut the Falcon at Geelong’s All Ford Day 2010, five years after it had started. And what a debut it was. 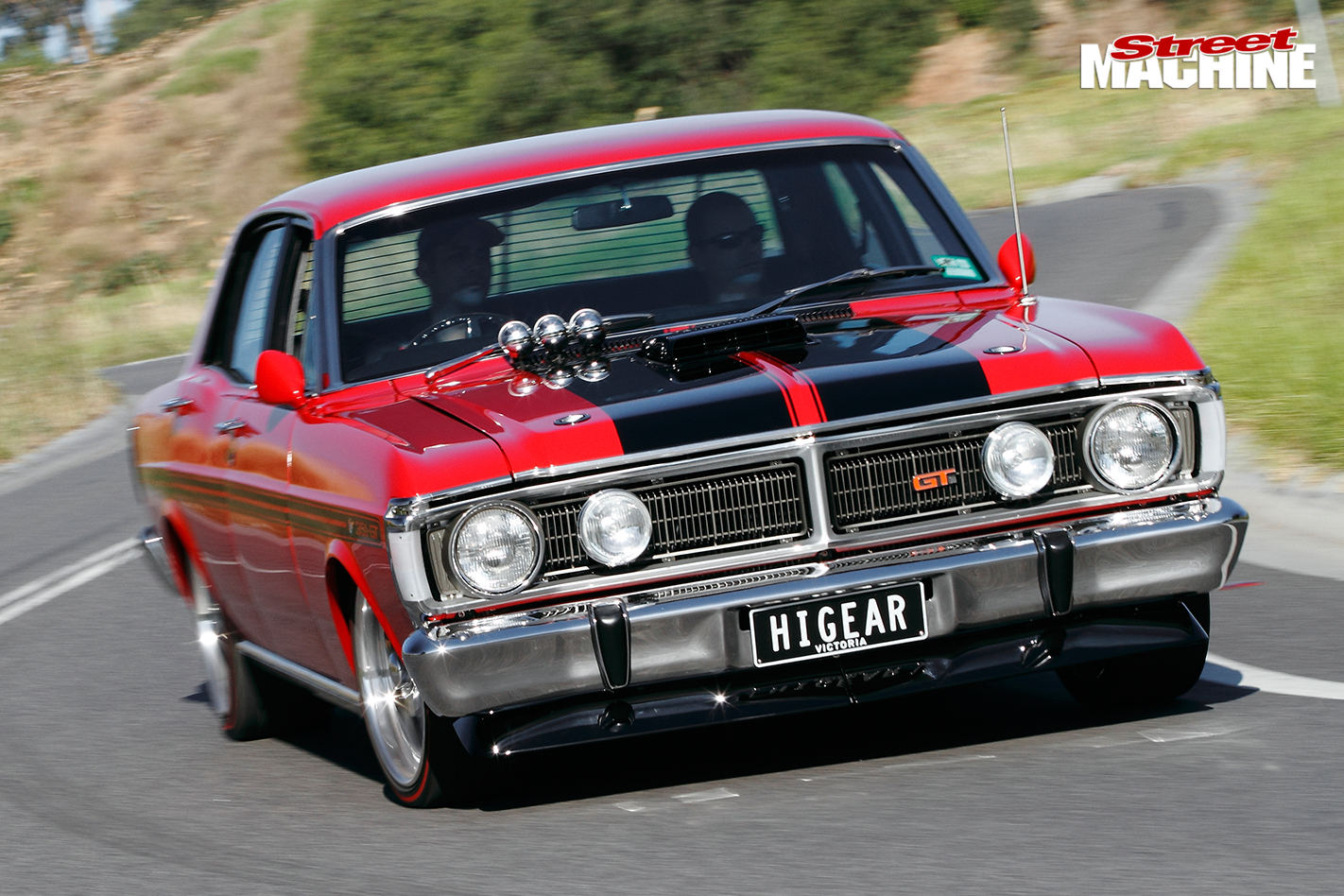 “I wanted to win Best XR to XY,” he says, “but I ended up winning everything, the category, Shannon’s Choice and Best Ford Of The Day.”

To win Best Ford amongst 1000 other quality hopefuls is a pretty big deal, and he backed it up with a runner-up trophy this year.

“Last year I towed it there because I didn’t want to dirty up the undercarriage, but this year I drove it.”

And at Summernats 24 Michael and his wife enjoyed the trip to Canberra and made the Top 60, which goes to show this isn’t just another GT replica.

The successes have inspired Michael to have another crack — this time it’ll be a ’57 Chev. 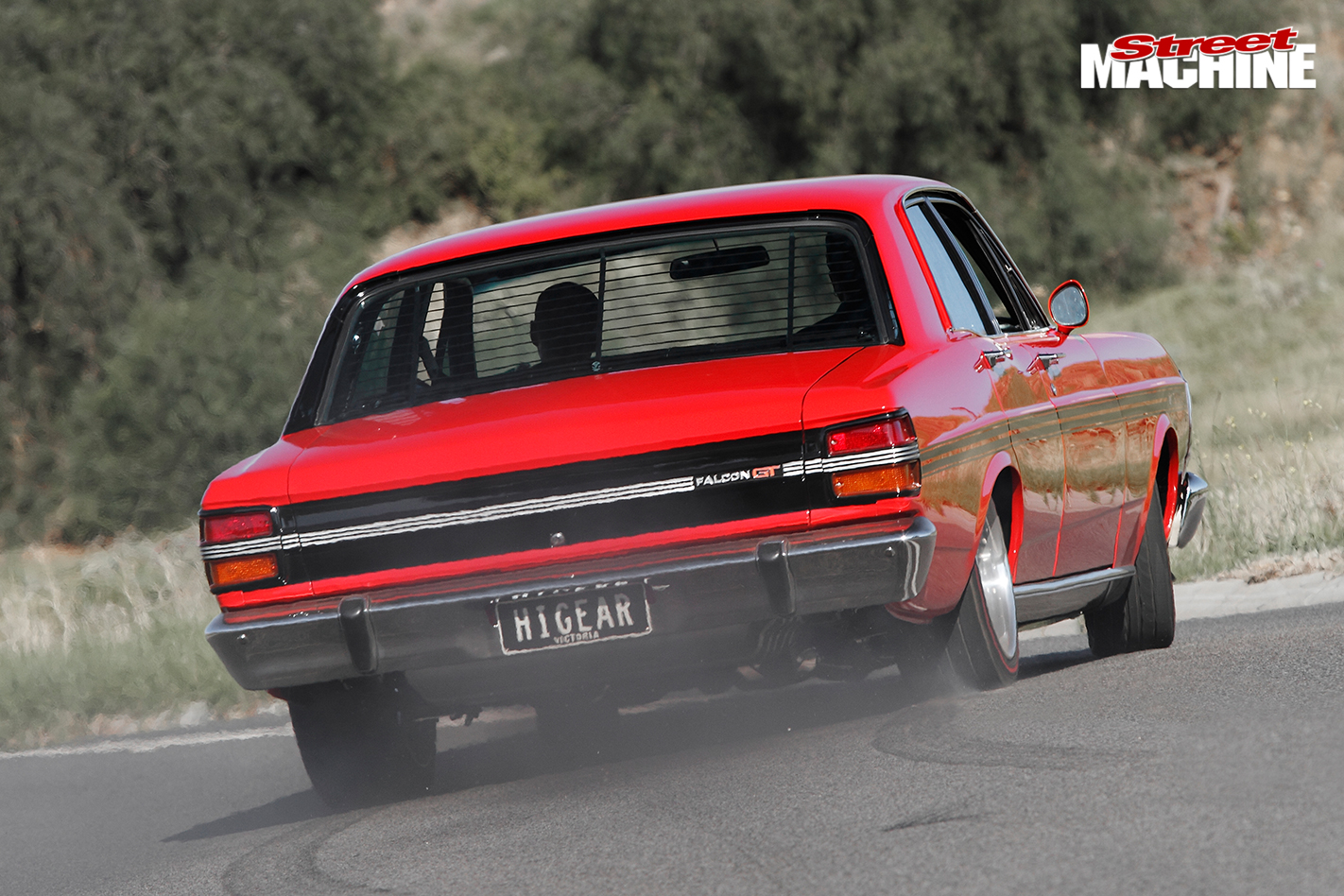 “I’m going to go more radical with this one. Hopefully it’ll be a big-block but I haven’t bought the motor yet. It’ll be flat-sheeted underneath like Fitzpatrick’s car but I’m going to try to do everything myself; it’ll be a full show car with all the goodies but on a budget.”

But the GT’s going nowhere — the kids won’t let him sell it. “Every time I start the car, they’ve got to be with me. My little girl’s two and she cries if she doesn’t jump in. It’s good that the kids love it but I don’t drive it as much as I want to. Here in Melbourne it rains every day, and I don’t drive it in the rain.”