GIVE any Aussie muscle car enthusiast the use of a time machine and they wouldn’t be off to witness the Sermon on the Mount or find out what really happened to the dinosaurs. Odds are they’d travel just a few decades to an age when classic iron wasn’t worth the price of an average Sydney three-bedroom home and grab themselves a shed full of XY GTHOs, A9X Toranas and HT GTS 350 Monaros. Sadly for those of us who grew up after the muscle car golden age, the opportunity to own such beautiful beasts may never come around. 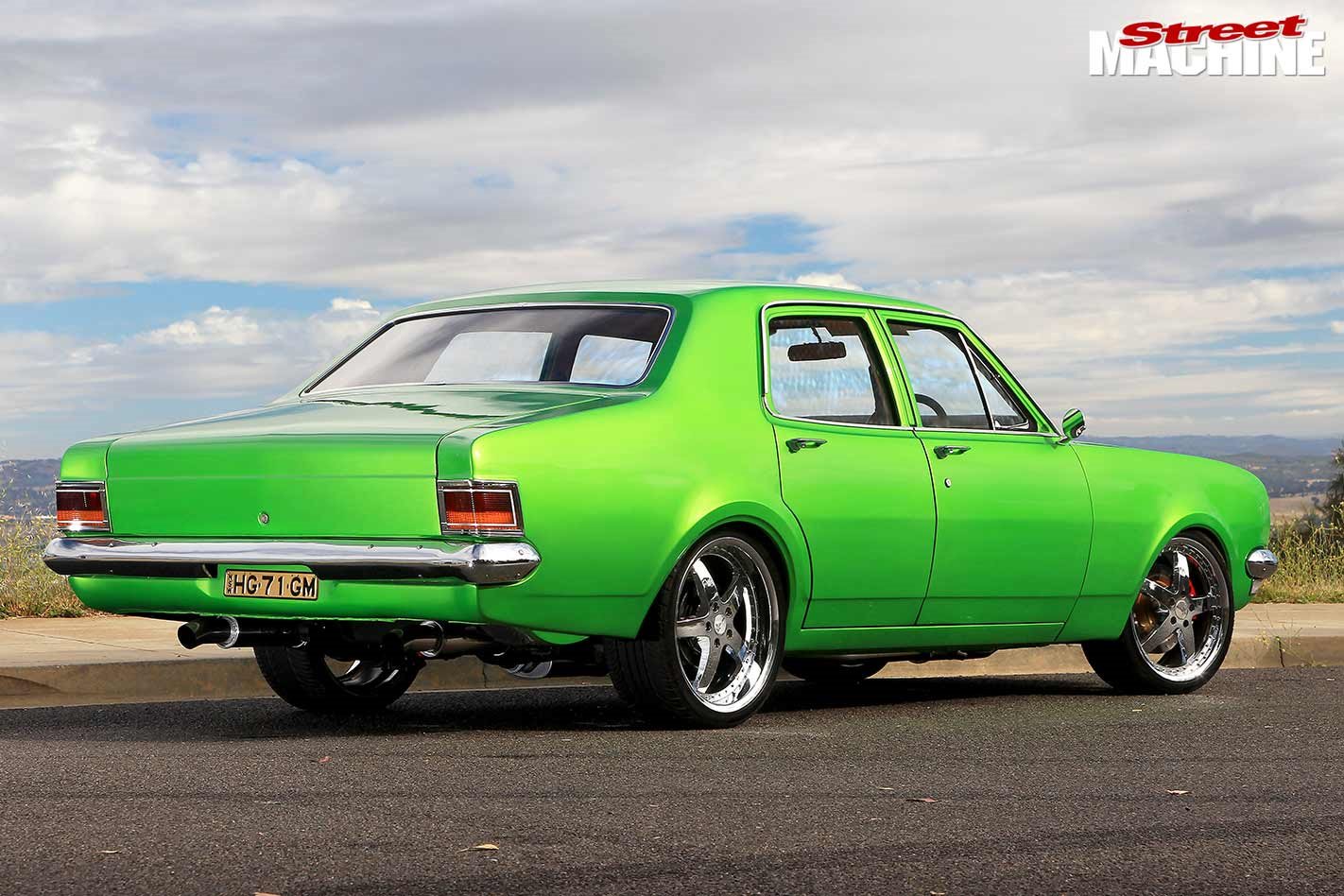 Pablo Evangelista was a passenger in that boat when he saw this Kingswood for sale. “I always wanted an HT Monaro but couldn’t afford one, so I settled for an HG Kingswood,” he said. “I bought it on eBay in 2007 for $1100. I was the only bidder and it was pretty rough, with a lot of major rust.”

Sporting a 253 on gas and an excessive number of fire escapes, Pablo nevertheless saw potential in the beast and dragged it back to his shed, where he and his brother David set upon it with the spanners. Stripped of the tired old thong-clapper and in naked metal, it was shipped off to Streamline Auto Body Shop for panel and paint, where Tom raised the all-important question of colour. 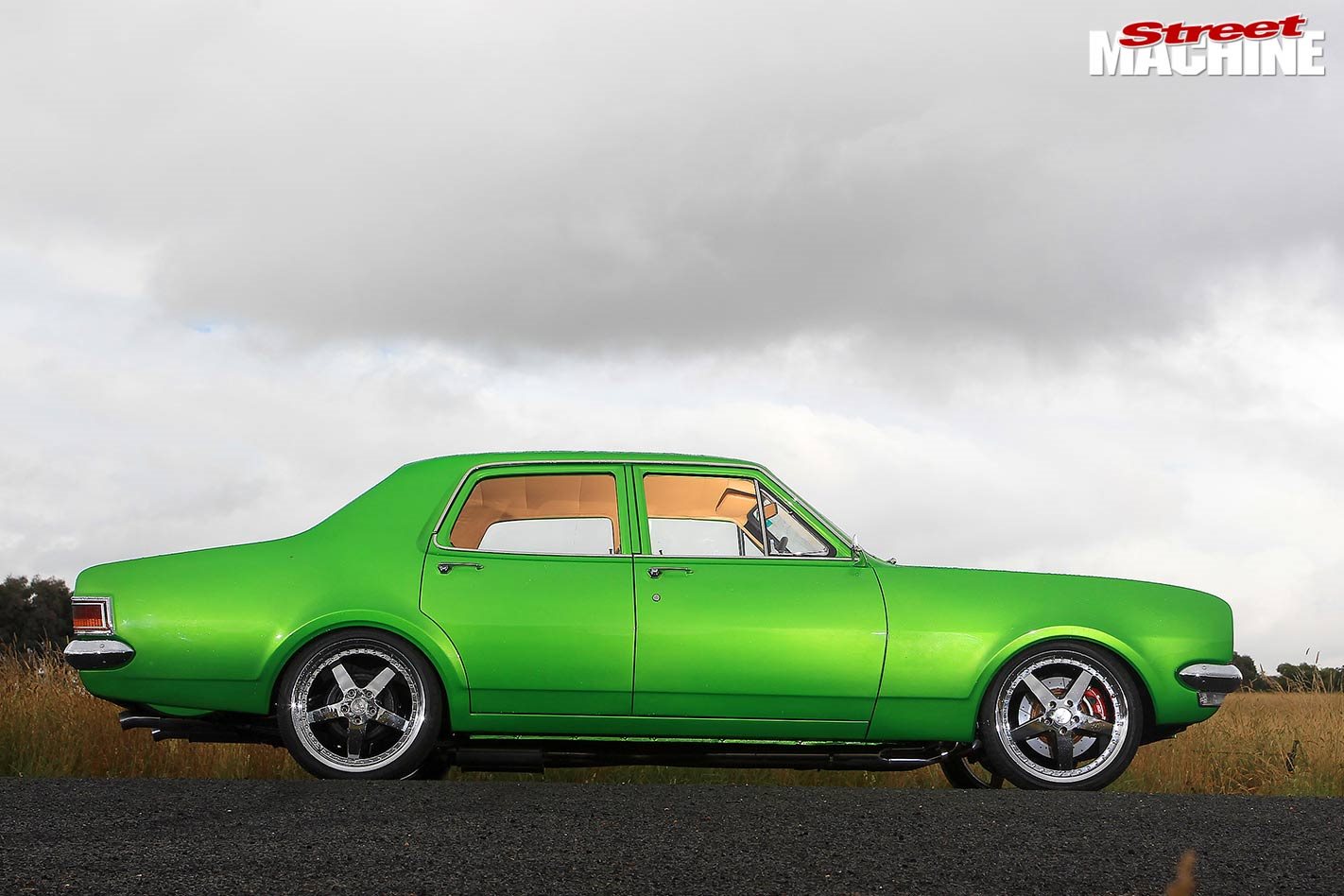 Pablo reckons that the Atomic Green paint and Starcorp Impul wheels make the car. The tough stance, perfect bright-work and cheeky K&N filter through the hood don’t do it any harm either

“That was the hardest part about the build, choosing the colour,” Pablo says. “I was going to paint the car Hothouse Green but then Holden released the new Atomic Green and I loved it straight away. It might not sound like much but I think the colour and the wheels make the car what it is, and now I can’t imagine it any other way.” 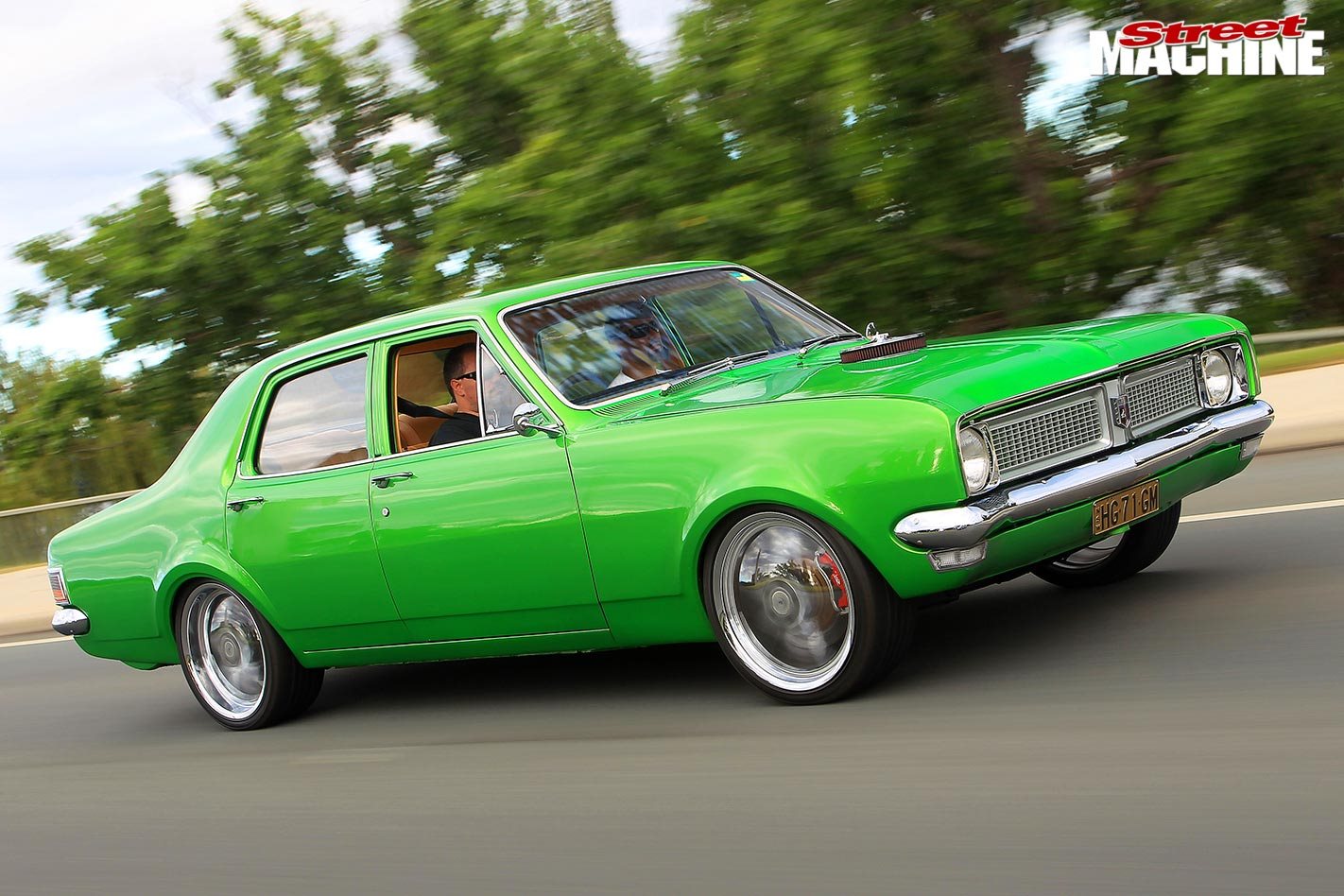 The wheels he’s referring to are five-spoke Starcorp Impuls, 19x8½ all ’round, wearing 235 and 255 Kumho rubber front and rear respectively.

Steve from Cool’s Auto Trim was next to take custody of the car, decking the cabin out in tan leatherette and laying down the custom carpet. He added an HG Prem rear seat complete with fold-down armrest, and the interior also gained an Auto Meter shift-light tachometer and B&M Pro Ratchet shifter. The finishing touches are the GTS steering wheel and dash — two Monaro parts Pablo couldn’t do without. 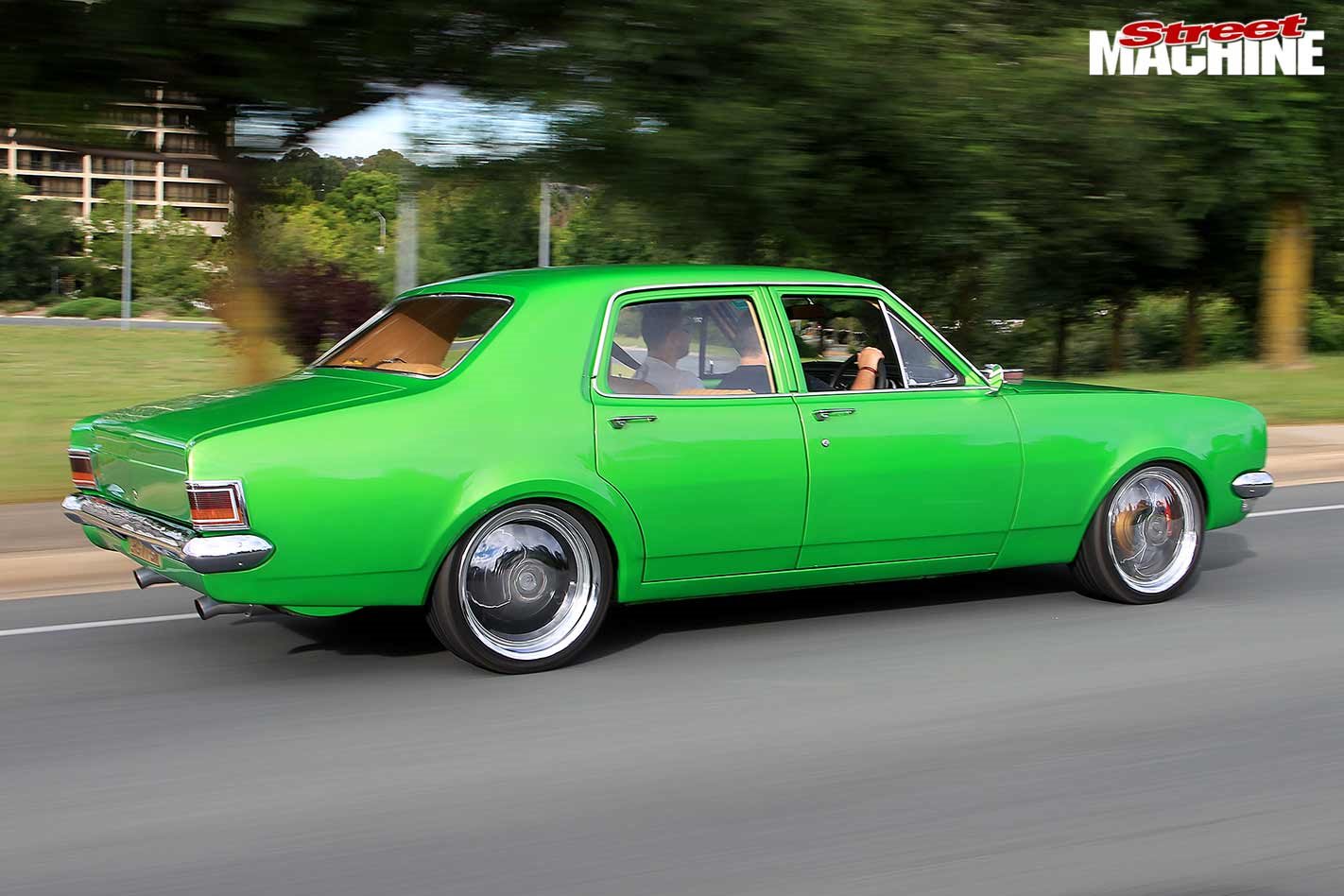 With the 253 long forgotten, Pablo had his mate Nick spec, build and install an engine and driveline more in keeping with his Monaro dreams. A black 308 block was crammed full of goodies like 11:1 Diamond Racing pistons, COME custom rods and a COME 355 stroker crank. The cam is a Comp solid roller, and heads are VN-style, ported to flow 580hp and filled with Ferrea stainless valves.

A Torque Power single-plane inlet manifold was topped with a Barry Grant 750 Mighty Demon, while at the far end of the combustion process, custom four-into-one headers whisk the spent gases away into a twin three-inch system built by Liverpool Exhausts. Backed by a shift-kitted Turbo 400 with 3500rpm stall converter and a 31-spline nine-inch, the combo is good for 345.9hp at the treads. 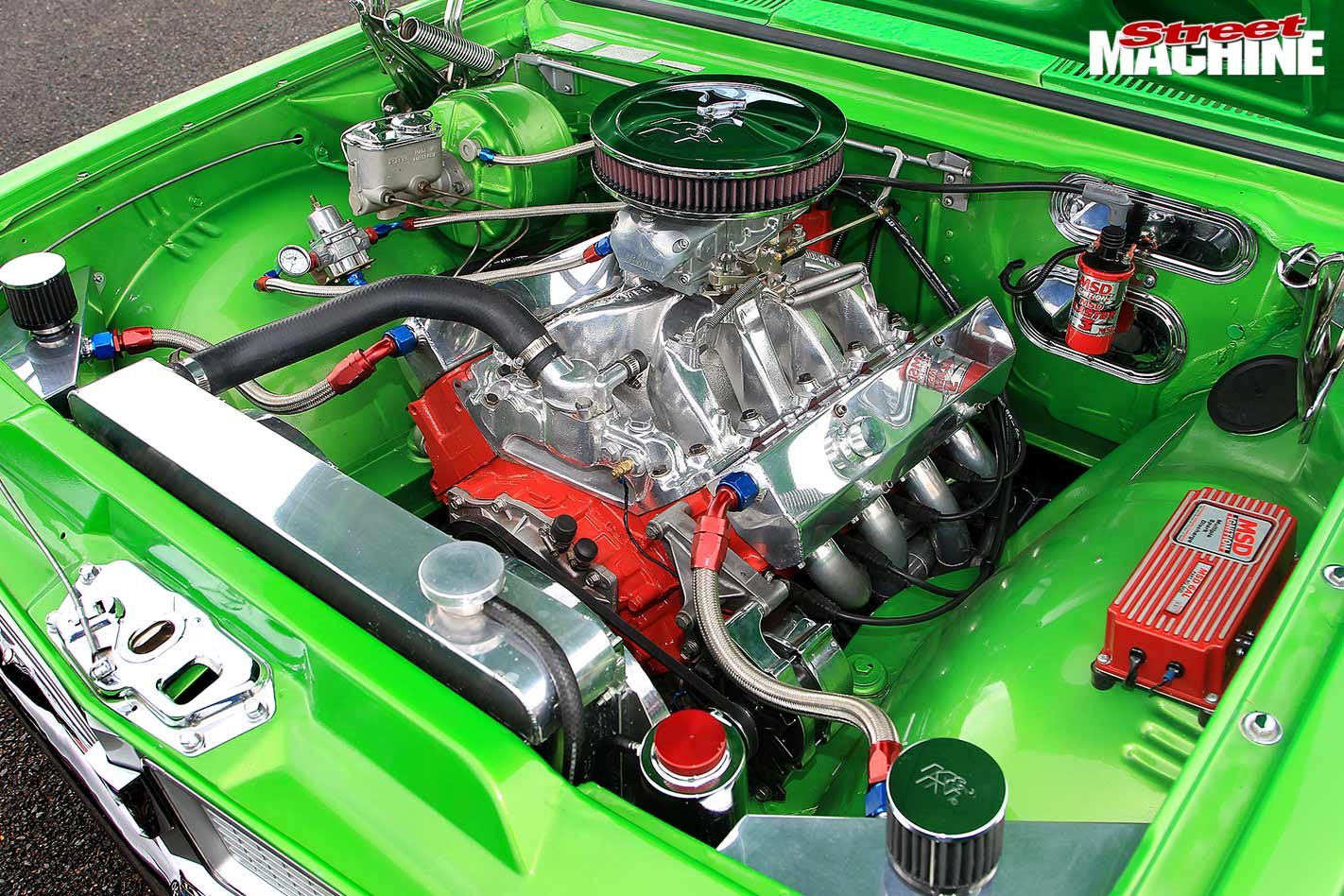 355 stroker makes damn near 350rwhp, and is finished in red for that traditional touch. Polished alloy and braided lines accent
a sweet-looking engine bay

“The best part of the build was watching the engine slowly get put together and then putting it in the car — that was the day the car finally looked complete,” Pablo says. “Hearing that crisp V8 sound when the engine started for the first time was just so good.” 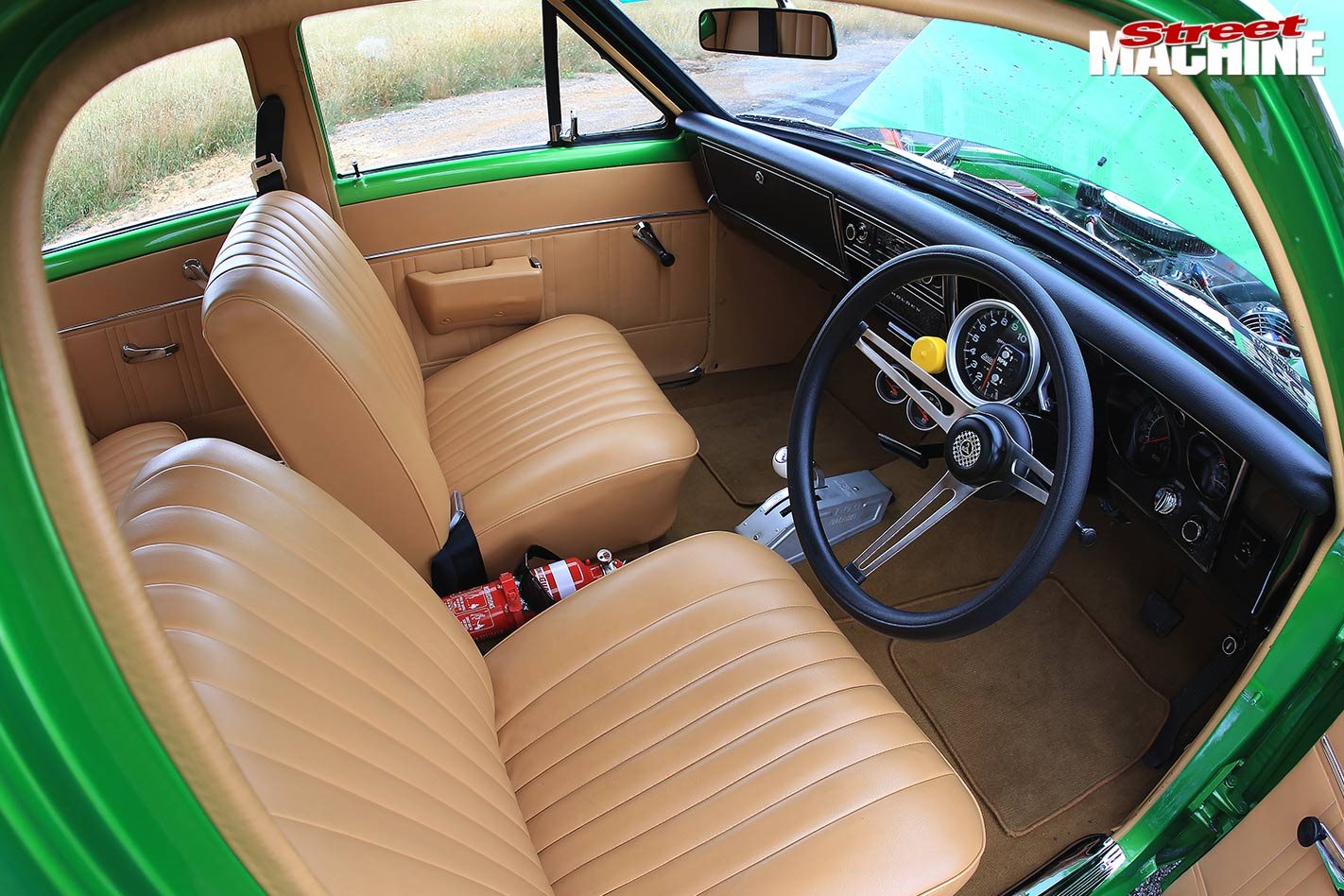 As well as the donk, Nick was responsible for fitting up the entire underside of the car, including the full complement of Pedder’s suspension and a Hoppers Stoppers 340mm front brake upgrade. He and the other main player in the build, Pablo’s brother David, are into Fords and Valiants, and the irony isn’t lost on Pablo. 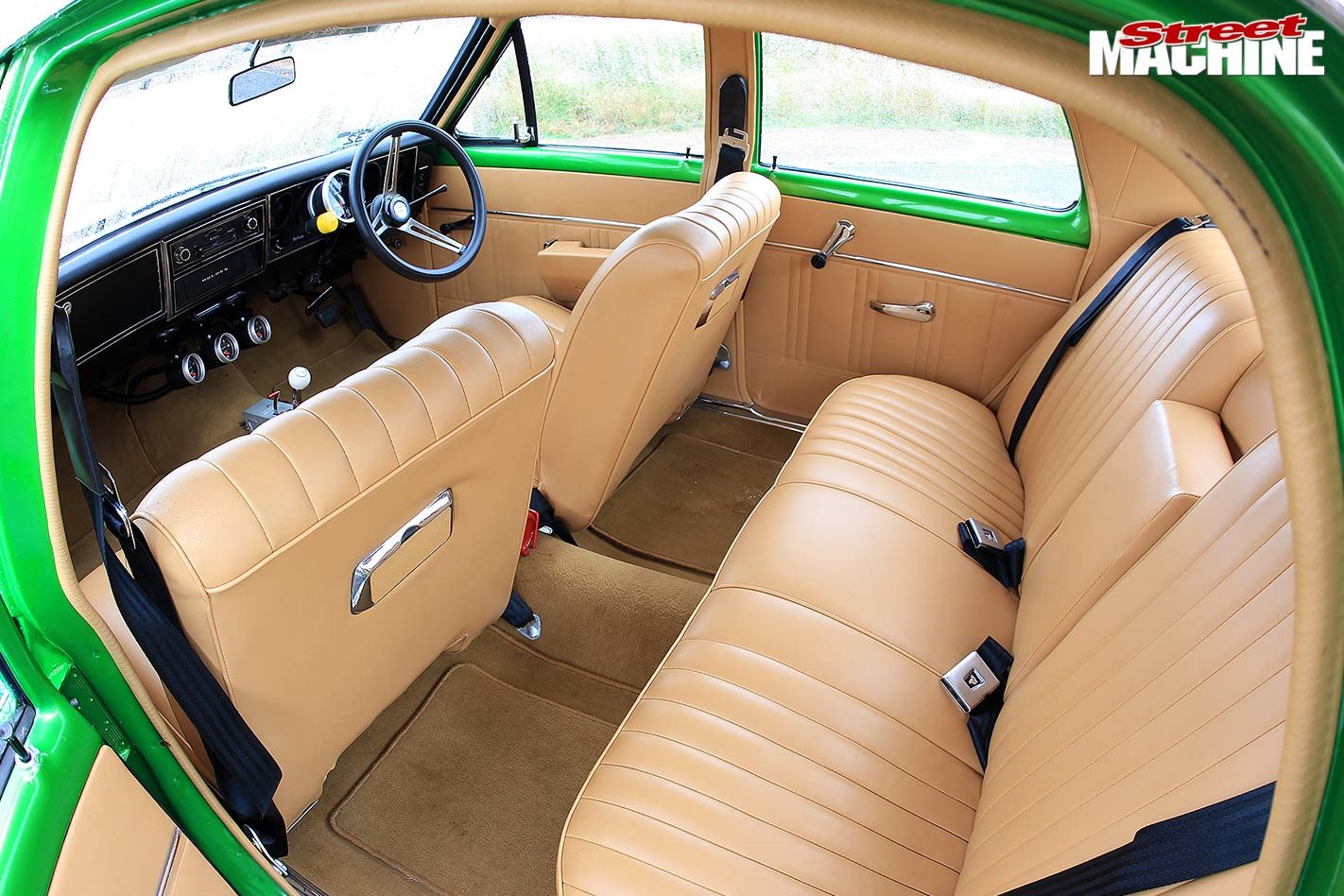 “They always bag out the Holdens but little did they know that they would end up building one that in some ways is better than any Ford or Valiant they’ve ever owned. Once the car was finished I think they quietly became Holden lovers.”

Since completion, Pablo’s taken great pleasure in racking up the cruising miles but the car has also collected its fair share of trophies, and stormed down the Sydney Dragway blacktop in a commendable 11.92@117mph. 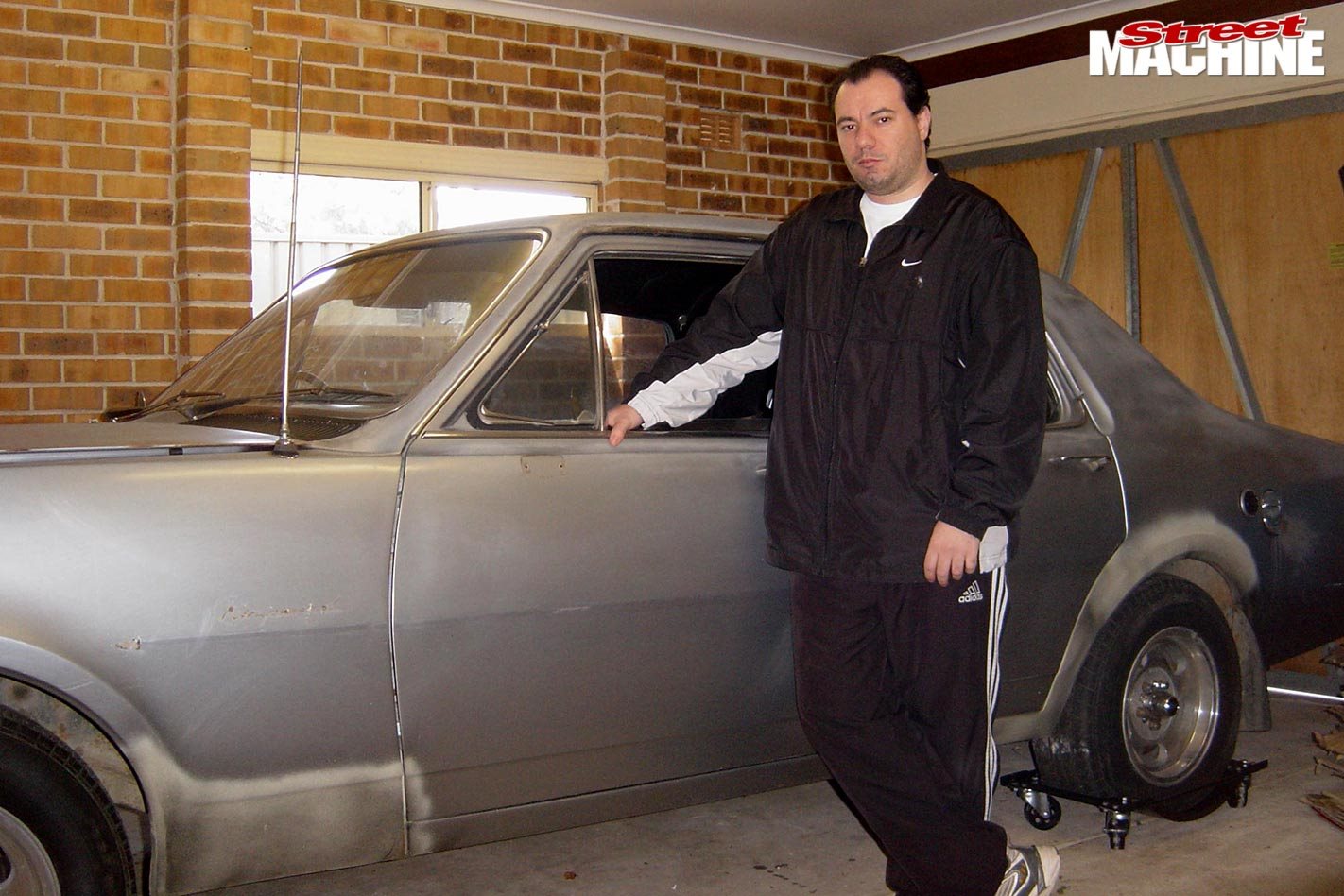 Pablo and his pride and joy, shortly before sinking two years of his life and who knows how much money into it

As if that’s not enough, how’s this for a happy ending — he’s managed to accumulate enough funds to acquire that HT GTS he’s lusted after for years.

“I finally bought a 186 GTS,” he said. “It doesn’t have any running gear but I’m going to restore it as a 350 GTS with original paint and trim.”