ONE car is never enough. Why restrict yourself to just one cool car when there are so many great body styles and engine combinations to be had?

Grant Griffiths knows the score. He had a tough 10-second SS hatch powered by a 400-cube small-block but he wanted something to cruise with too. Racing is fun but cruising has its own perks — especially when you’re with out your significant other. 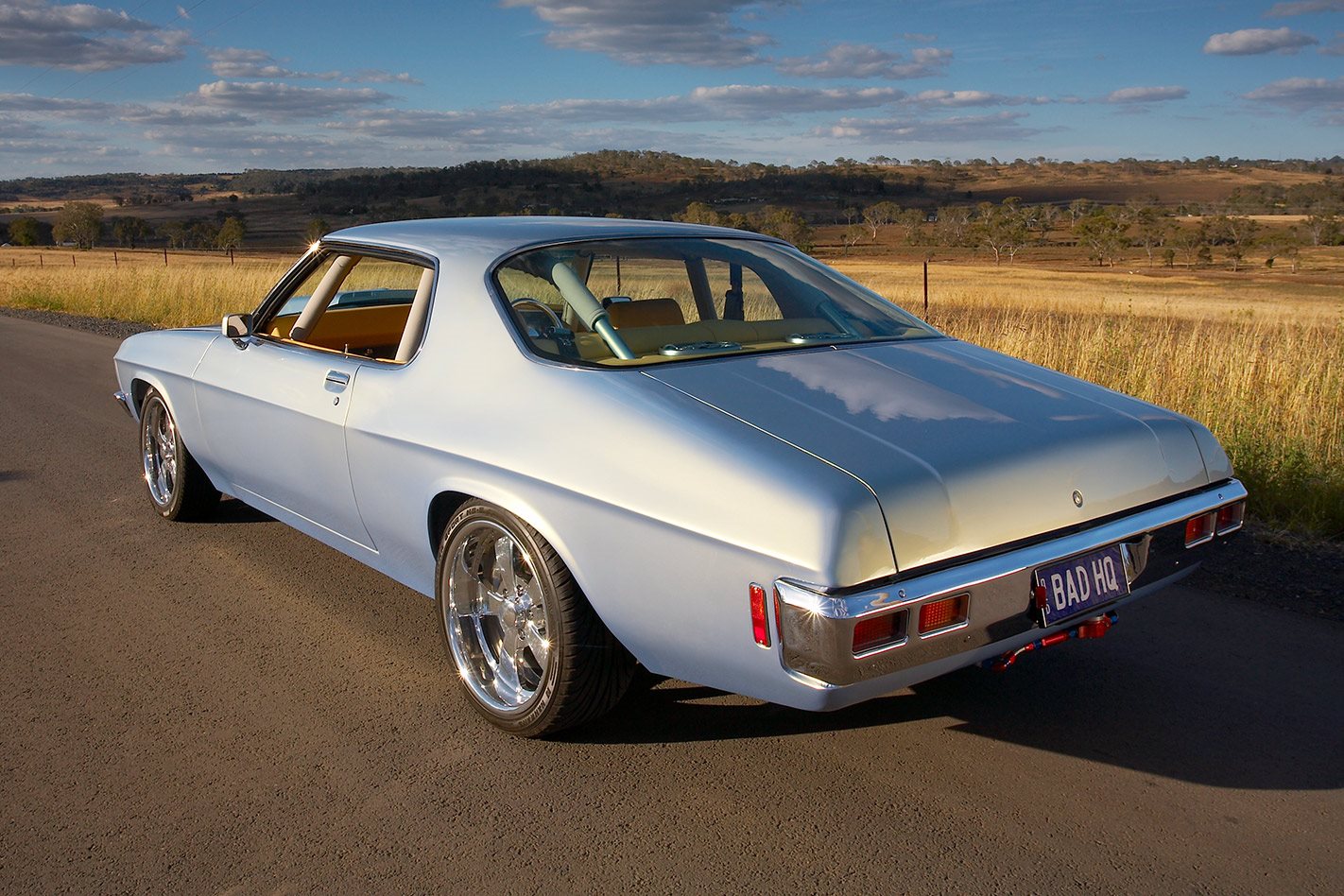 “I was looking for a Monaro of any model and I heard about one through a mate who knew the guy who owned it,” Grant says. “I went and had a look at it and walked away with a $2000 Monaro — with a nine-inch diff already fitted.”

That was around five years ago but anyone would agree that he picked himself up a real bargain. He’s certainly happy: “It was pretty good; had a bit of rust in one guard, a door and the radiator support panel. For what it was, the car wasn’t too bad.” 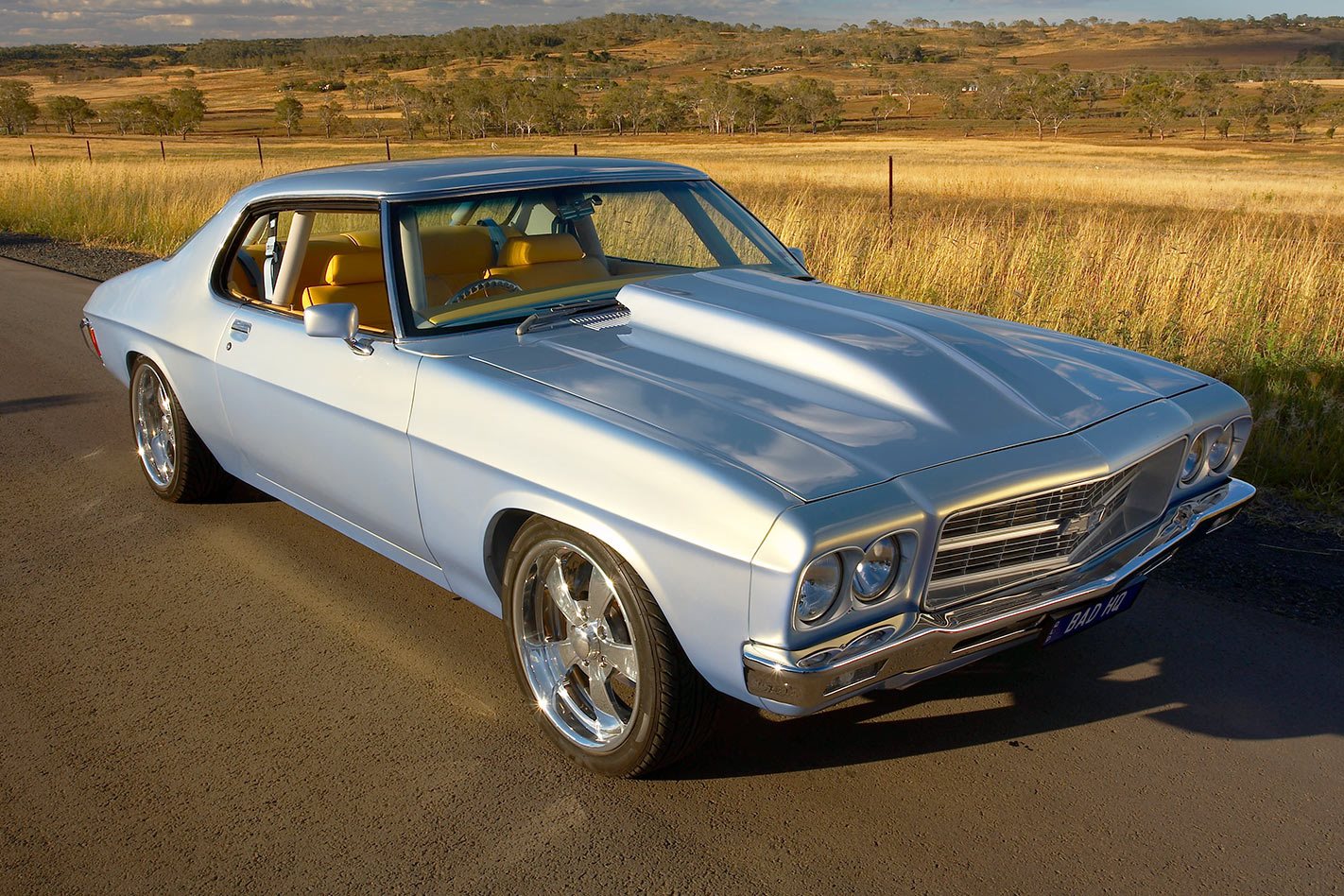 That, of course, was this shining HQ LS coupe. While there was no motor or trans to go with the car, Grant already had plans to fill that hole.

“My first intention for this car was to build a cruiser, with a 350 Chev and Turbo 350 gearbox. But as time went on, bigger and better ideas entered my head,” he says.

Many of the necessary fiddly bits came with the car, making Grant’s job a little easier — although most of it was in boxes. 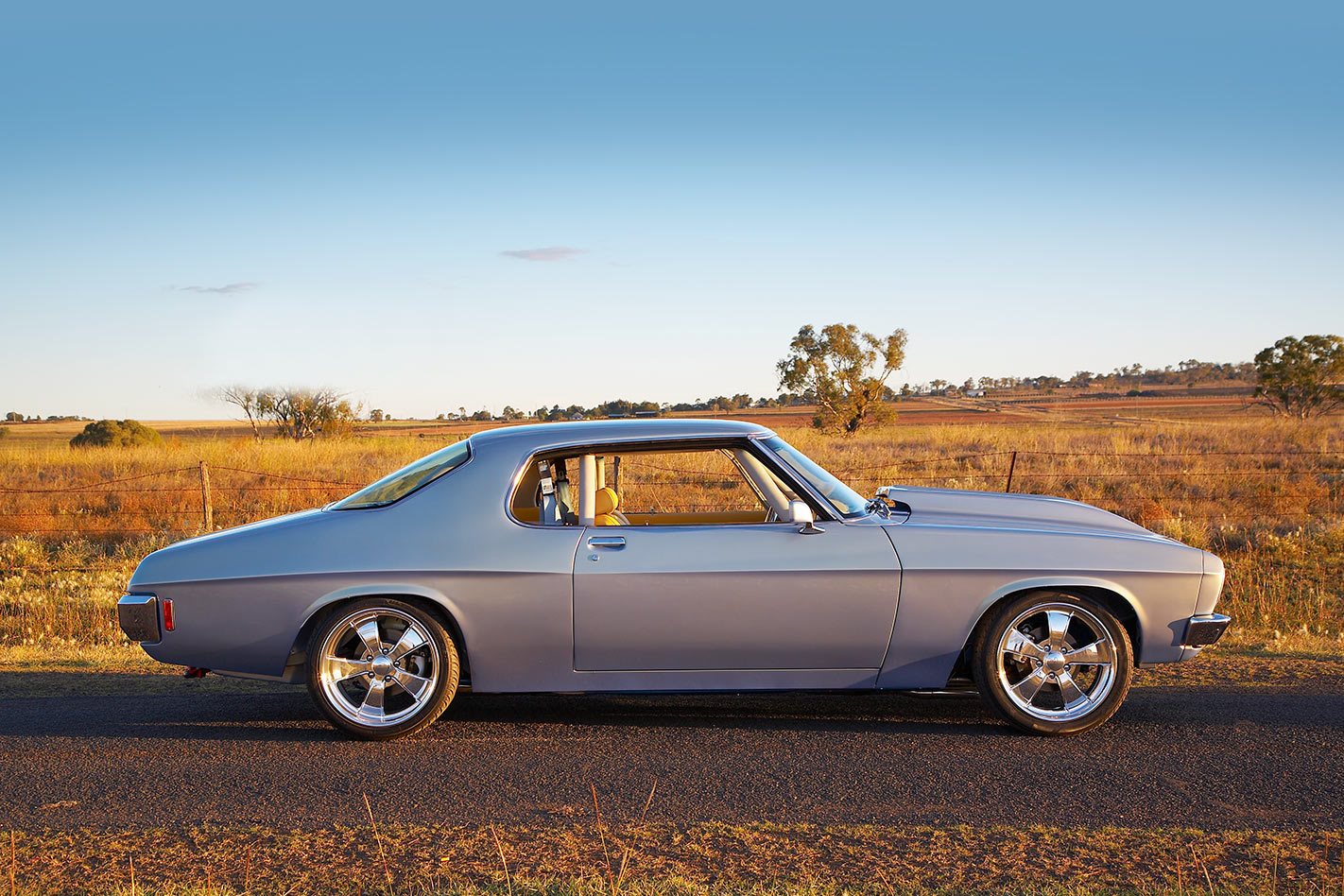 With the Monaro in the shed at home, he separated the body from the half-chassis and mounted the shell on a rotisserie for easy access to all the nooks and crannies. After spending just a few days on the shell at home, Grant shipped it off to one of his good mates, Jason Shuttleworth, for panel work and colour.

Thankfully, Jason didn’t have much trouble with the rust. The front guard got the flick, while the door and radiator support both copped some skin grafts. The firewall was smoothed off and the heater box filled to keep the engine bay looking tidy. Of course, there was no need to mess with the exterior lines of the HQ coupe — it’s one of the sexiest shapes in the business. Choosing the right colour was the next exercise. 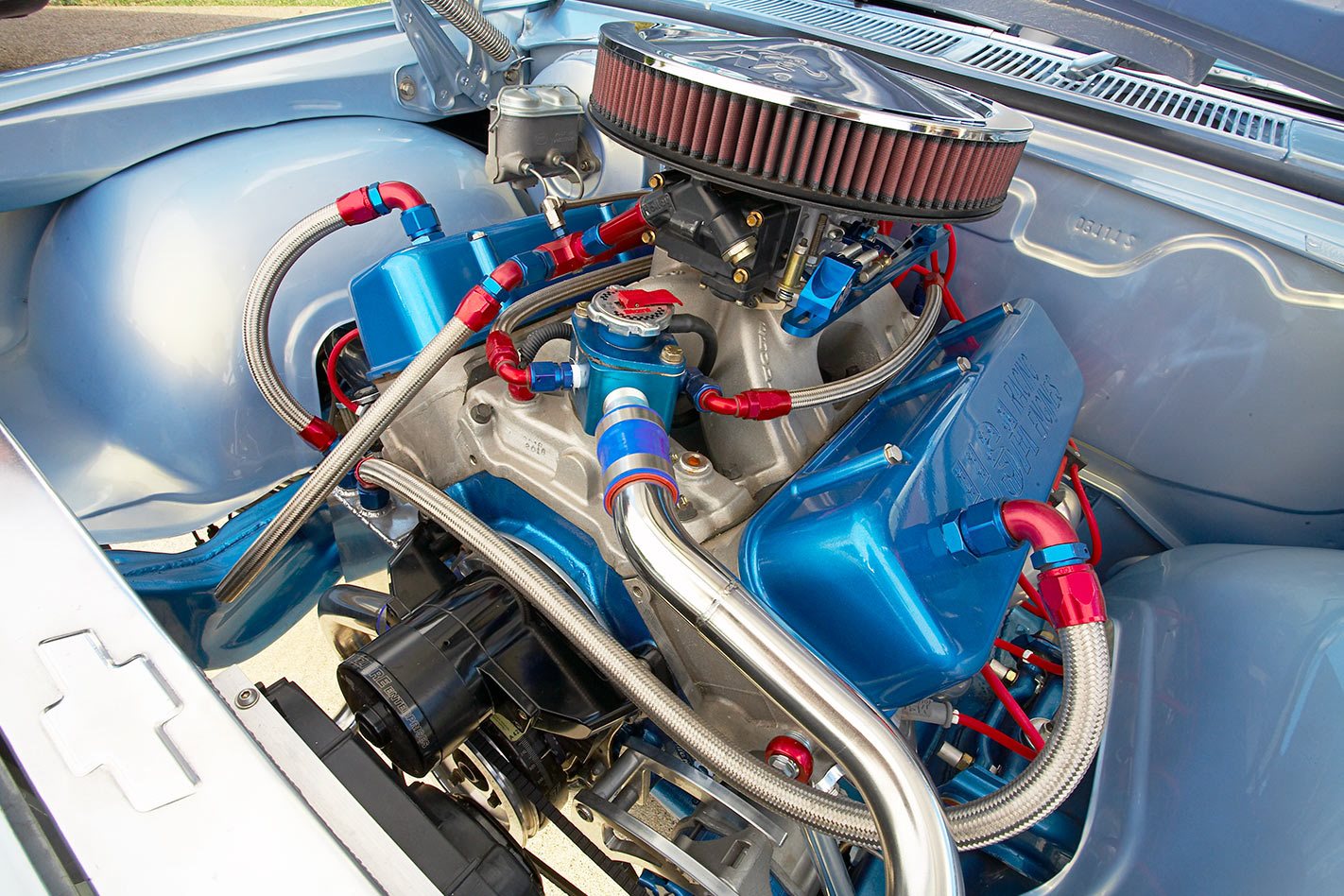 That right there is 555 cubes of pure American muscle. Thanks to the pump fuel-friendly compression ratio, filling up just costs an arm and not the leg as well

“Just looking through colour books,” is how Grant describes his search for the perfect hue. “It turned out a lot better than I thought.”

DeBeers Azzurro Nuvola Mica (there’s a mouthful) was given the nod. According to Grant, that consists of around 95 per cent gold pearl. With a white base, then colour and clear over the top, the result is stunning and the Monaro changes from silver or gold through a soft blue depending on the light. 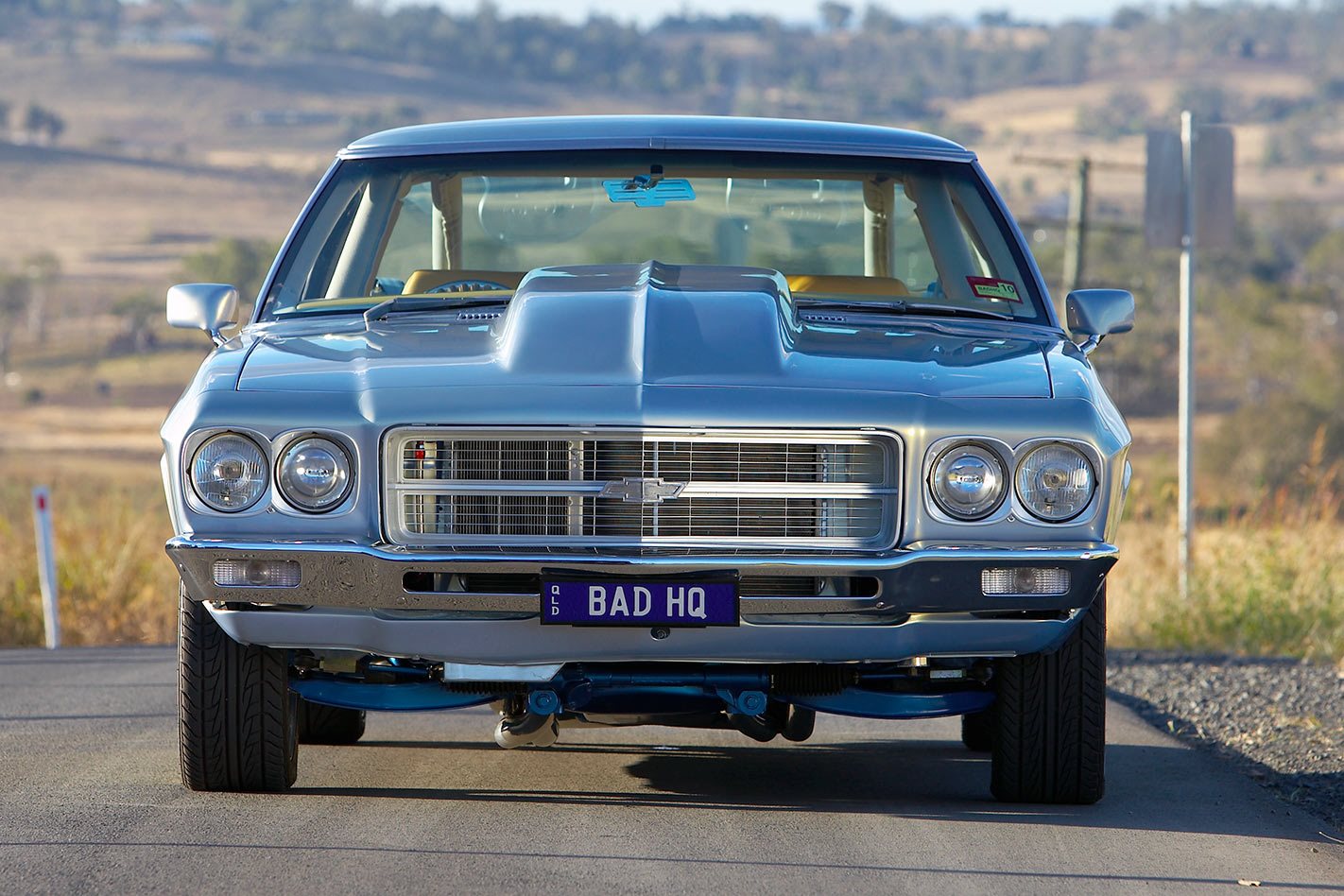 Up front, Grant decided that a 350 Chev wasn’t going to cut it after he sold his Torana. With the wickedly quick LX hatch gone, the HQ was going to need more grunt but with more weight to move and a desire to do something different, he went looking for cubes. He was thinking big-block Chev, and why not? They’re practically a bolt-in deal with the wide HQ engine bay and there are so many go-fast goodies available that it’s just a matter of deciding how much horsepower you want and how much you’re prepared to spend.

Grant’s an engine reconditioner by trade so you’d expect him to build the engine himself — and you would be wrong. With the price of engine parts in Australia and the cost of crate engines in the USA, Grant didn’t see the sense in doing it himself. 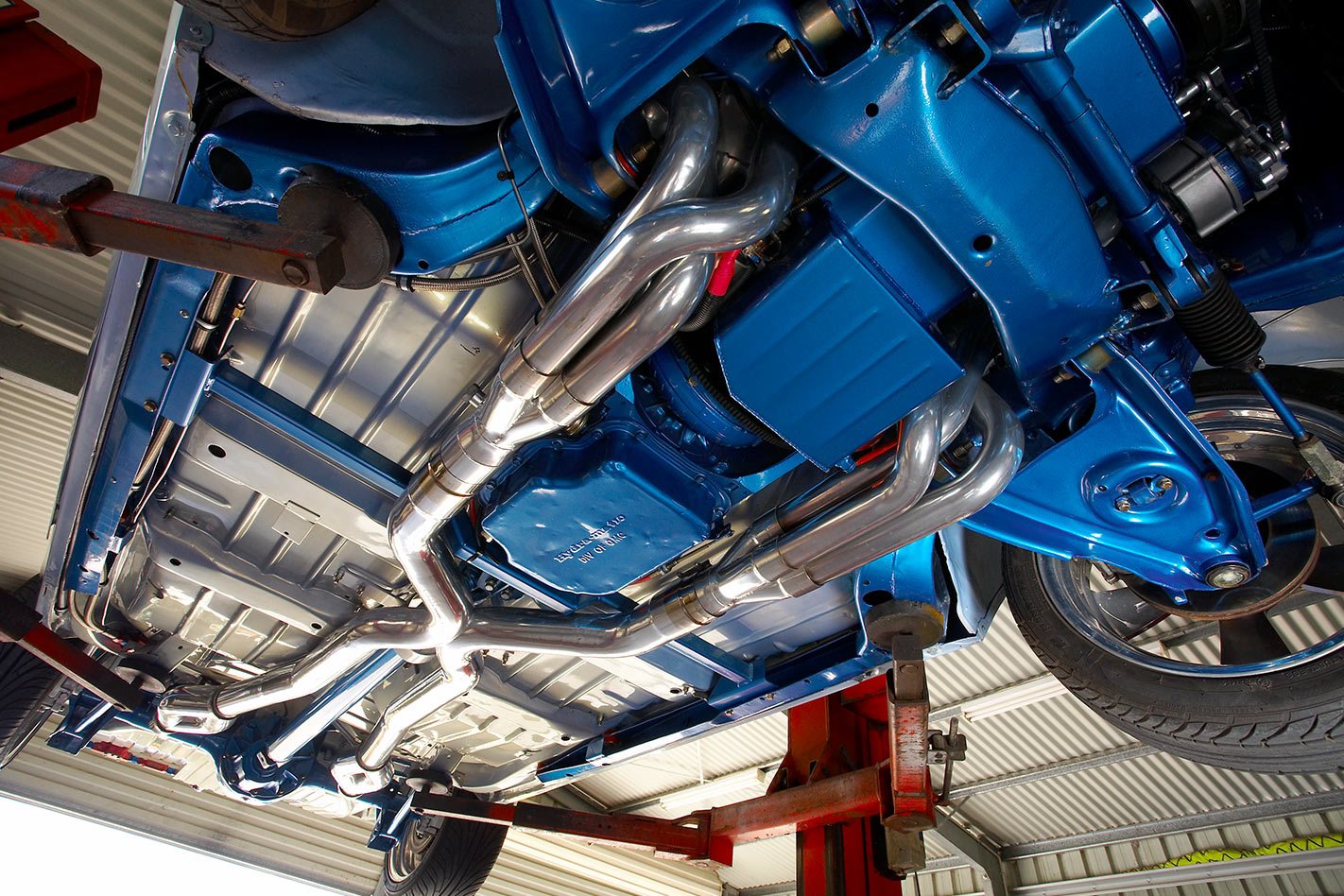 Grant’s detailed the underneath but he’s pretty blasé about it. Note the rack and pinion conversion and the Gonzo pipes feeding a custom 3.5in system

“For the money and the knowledge that those guys have, it just made sense for me to do it that way. They’re doing it everyday; that’s all they do — build race engines.”

“Those guys” work at USA Race Engines and they whipped up a 555ci Chev that does everything Grant wanted and does it all on pump fuel, too.

“I crew for Tony Wedlock and he told me to ring them. I was close to buying a GM crate engine and Tony said: ‘Nah, ring these guys.’” 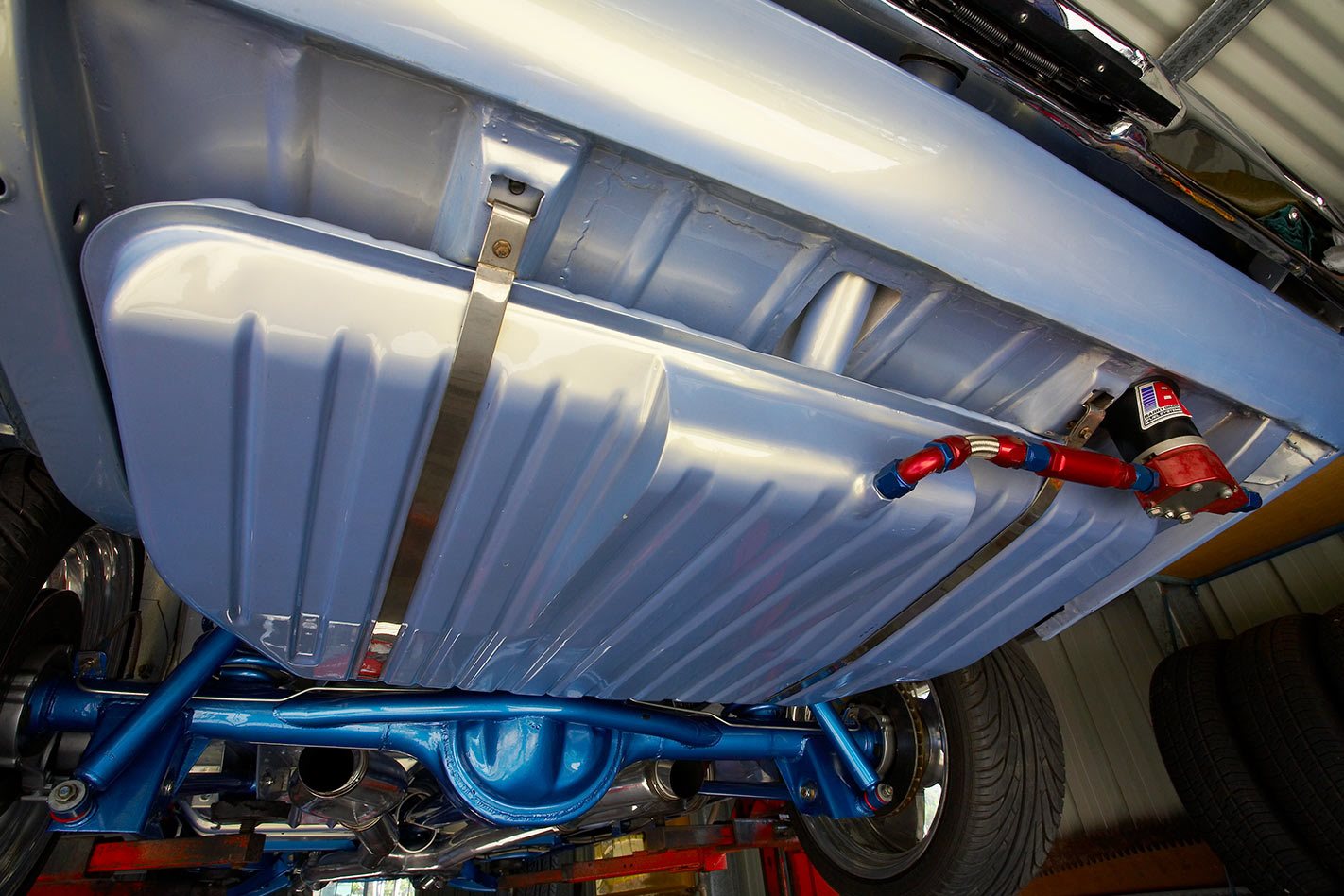 Tank has a drop-down sump section to keep a constant supply of fuel to the BG400 pump, which runs a two-step voltage system for street and strip

Grant gave the guys in the USA a list of requirements and they built the engine to suit, though since they normally build race donks they weren’t sure how successful 10.5 compression would be. On a US dyno (different correction factors which generate higher numbers) the engine spun up 834hp at the flywheel and more than 700lb-ft of torque.

Here in Australia, that came out at a genuine 495rwhp when the Monaro was dropped on the rollers, and the car ran a skating 10.3 straight off the trailer at Willowbank, improving to a 10.25sec elapsed time later that day. When you consider that the Monaro is untubbed and no effort has been put into lightening it, those are very impressive numbers for a pump fuel car.

Of course, it’s the big-block torque that gets the job done and while we said that’s an easy install for an HQ, this particular job gave Grant a few problems. 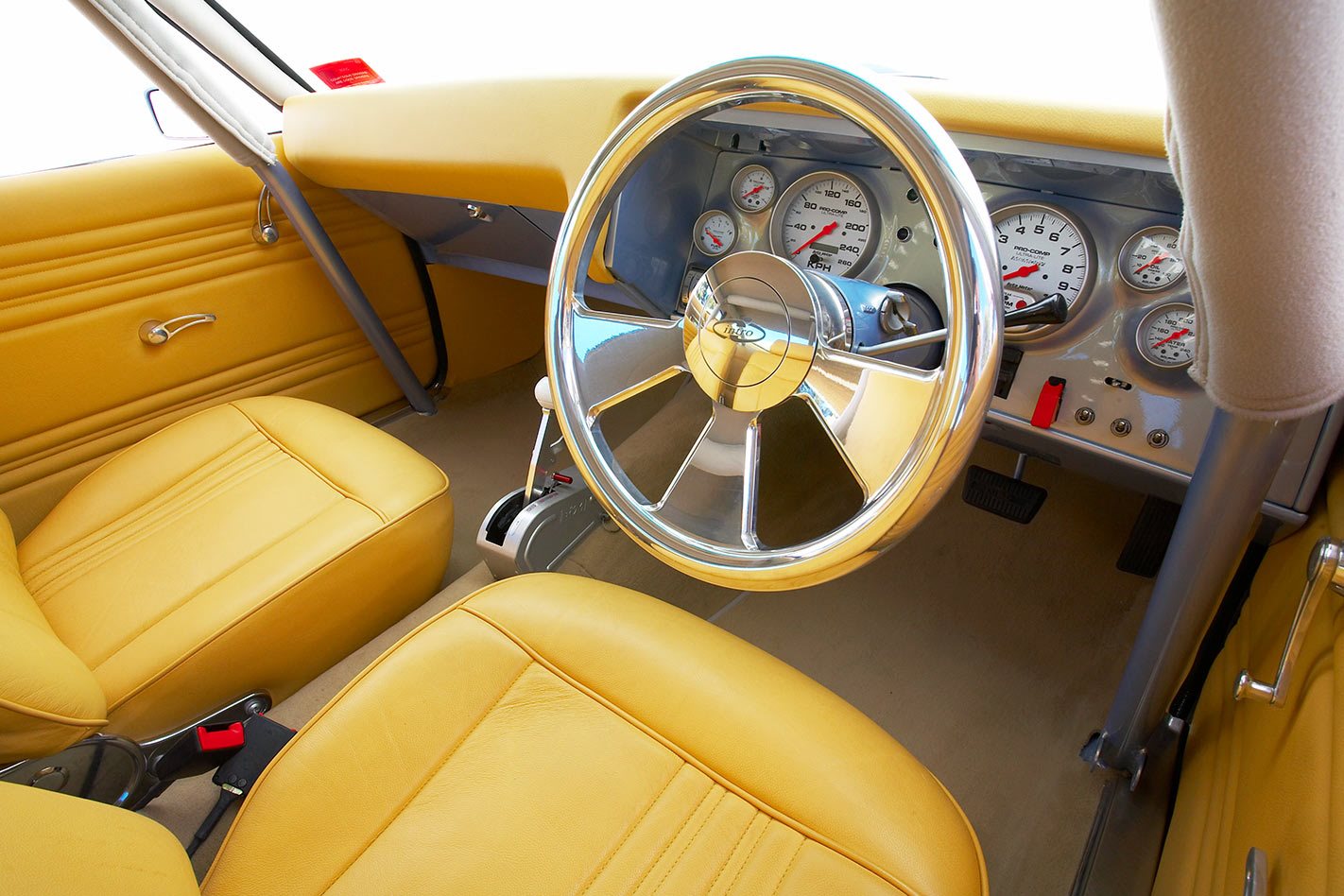 When he had the half-chassis out, he spent a lot of time smoothing out the dags and laying in some fresh welds to strengthen things up. Doing away with the dodgy old steering box was a good move too, and he modified the crossmember and fitted a CRS rack conversion. 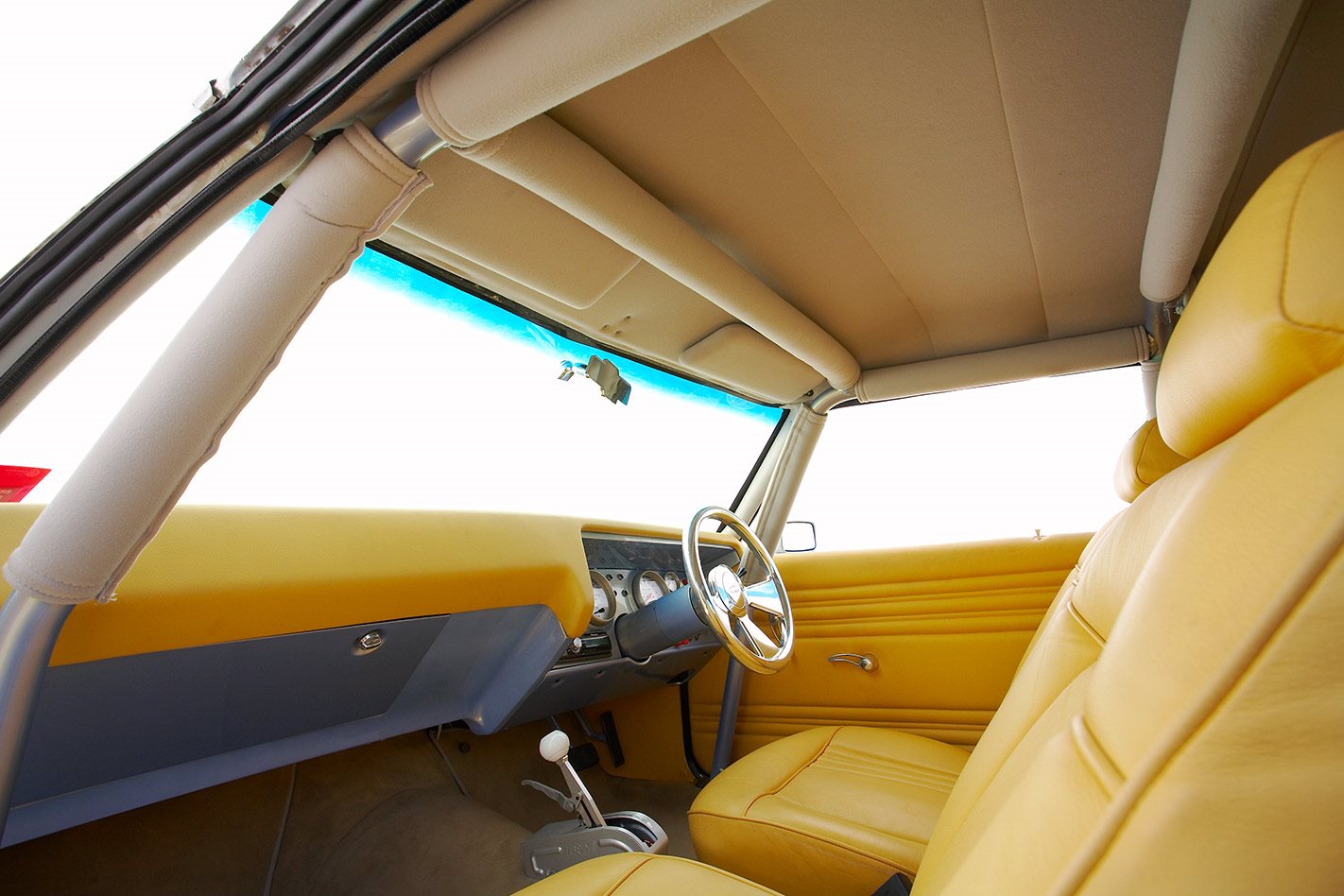 Inside, he’s kept things fairly clean and minimal. Factory seats were covered in what the owner describes as chamois colour leather, and Auto Meter dials now replace the factory gauges. There’s an Intro billet steering wheel, B&M shifter on the floor and a six-point ’cage to keep things tight.

Bayside Trimming did the hard yards and it wasn’t a particularly easy job to fit custom carpets around the ’cage. That also proved to be an obstacle for the headlining.

Grant’s pretty happy with the ways things have all turned out. He’s got a car that hauls tinware at the shows and hauls arse at the track: “It’s cool that it’s able to do both,” he says.

There’s more track time ahead too, with Grant hungering for a nine-second pass. What about some giggle gas?