MICHAEL Garner has built not one but two extremely tidy, iconic pieces of Aussie motoring history. A fastidious bloke with a clear vision, a heap of nous, a penchant for scouring the Trading Post and a bucketload of determination, the pay-off for Michael has been an enviable shed duo. 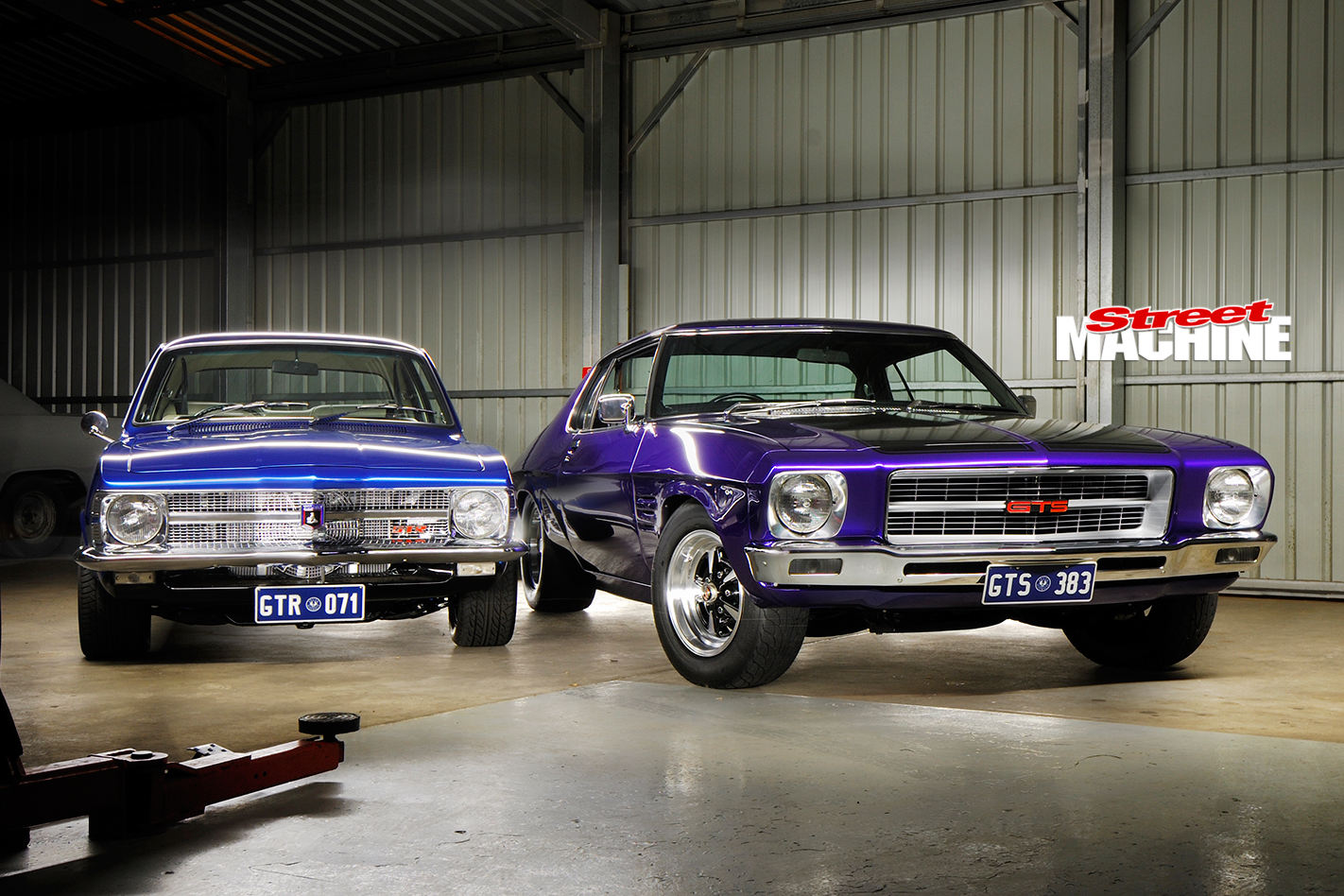 This superbly neat ’71 HQ Monaro is where Michael cut his teeth; he then backed it up with one of Australia’s sweetest Torries – his wife Jodie’s LC (SM, July ’14).

“I had an LC four-door for my own first car,” Michael says, and relates how, although he hotted it up, it only sufficed for a few years before he craved something bigger and faster. 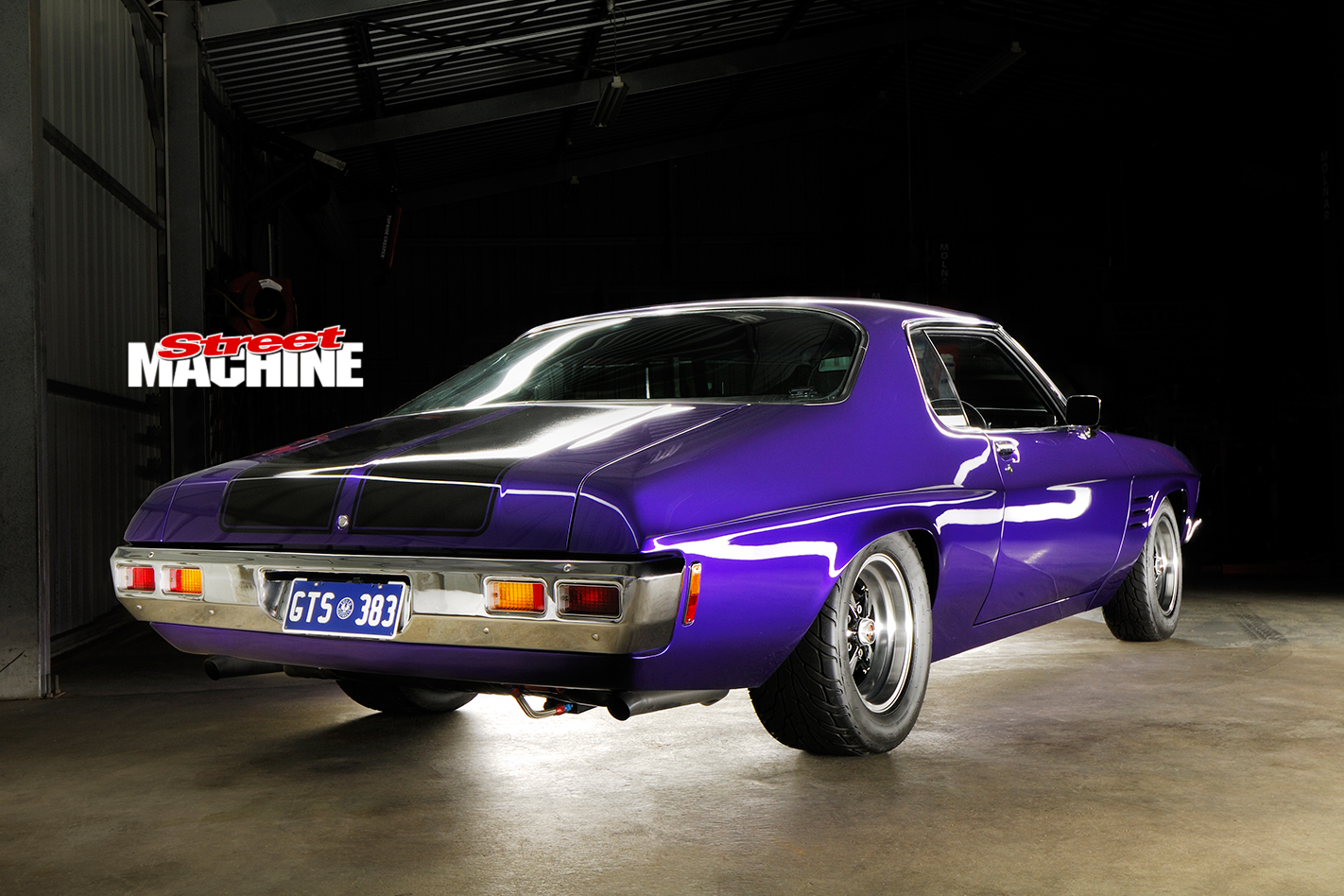 So for months he pored over the Monaro ads in the Trading Post, eventually laying down a meagre $10,000 for a 350ci-powered red HQ. “Back 19 years ago, you could buy HK Monaros, LX Torana hatches and all those kind of cars for that price,” Michael remembers.

With keys in hand, he quickly familiarised himself with the coupe. “Within a month I spent the two grand I had left over on fuel! We’d drive from Murray Bridge to Adelaide and back on Friday night, then do it all again Saturday night.” For the next three years Michael cruised the red beast with Jodie by his side. “I thrashed that mild 350ci the whole time. It eventually dropped a couple of rods and blew up the motor,” he says. 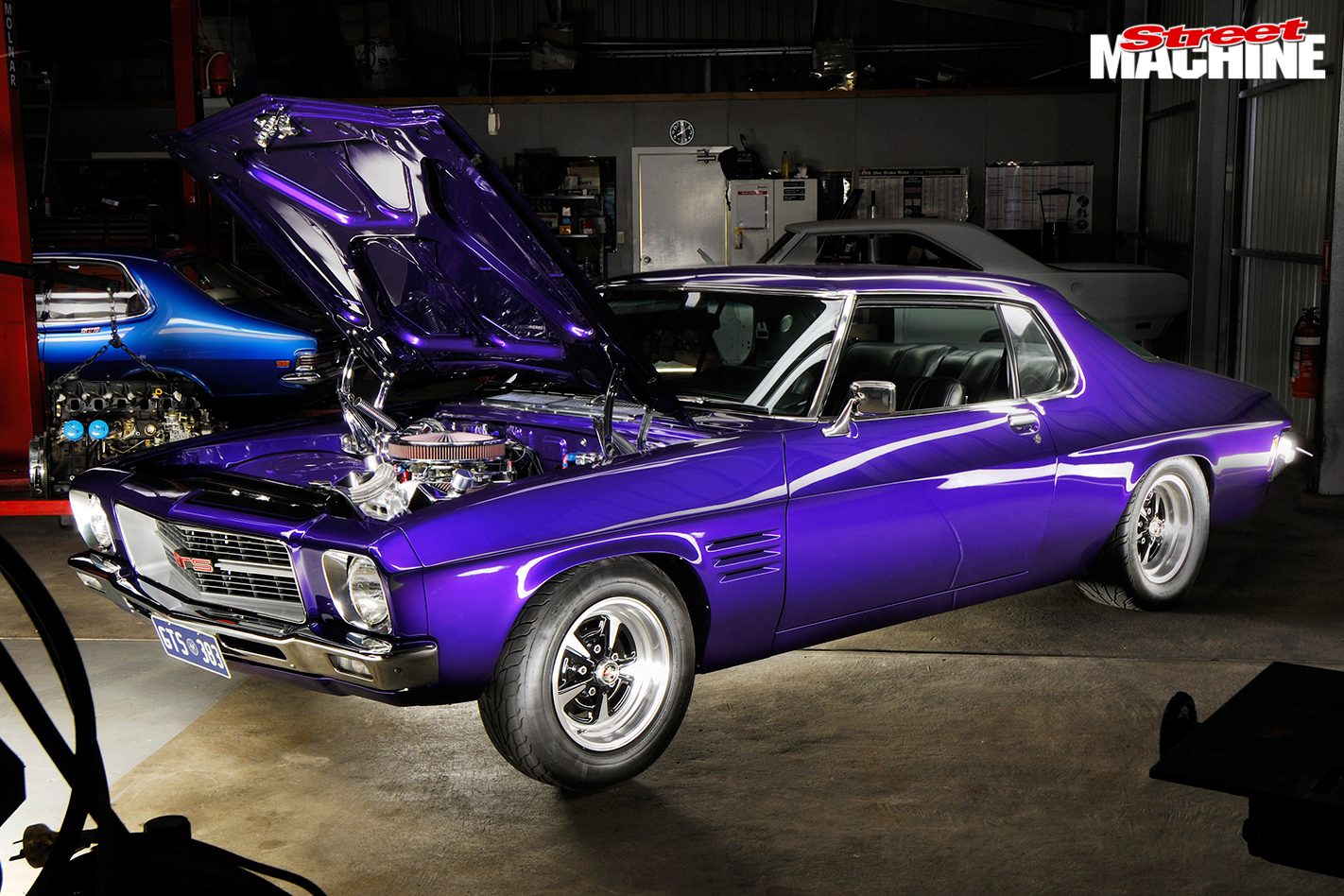 This presented an opportunity to give the Monaro a birthday. “I had a vision of what I wanted – a street ’n’ strip purple pearl HQ coupe with an original interior.”

Michael spent a year pulling the ’Q apart at home, before landing a panel-beating gig at Wise Crash Repairs. “I’d never done metalwork before,” he admits, “so I learnt on the job, eventually doing all of the biggest jobs around Murray Bridge, though I never did do an apprenticeship.” 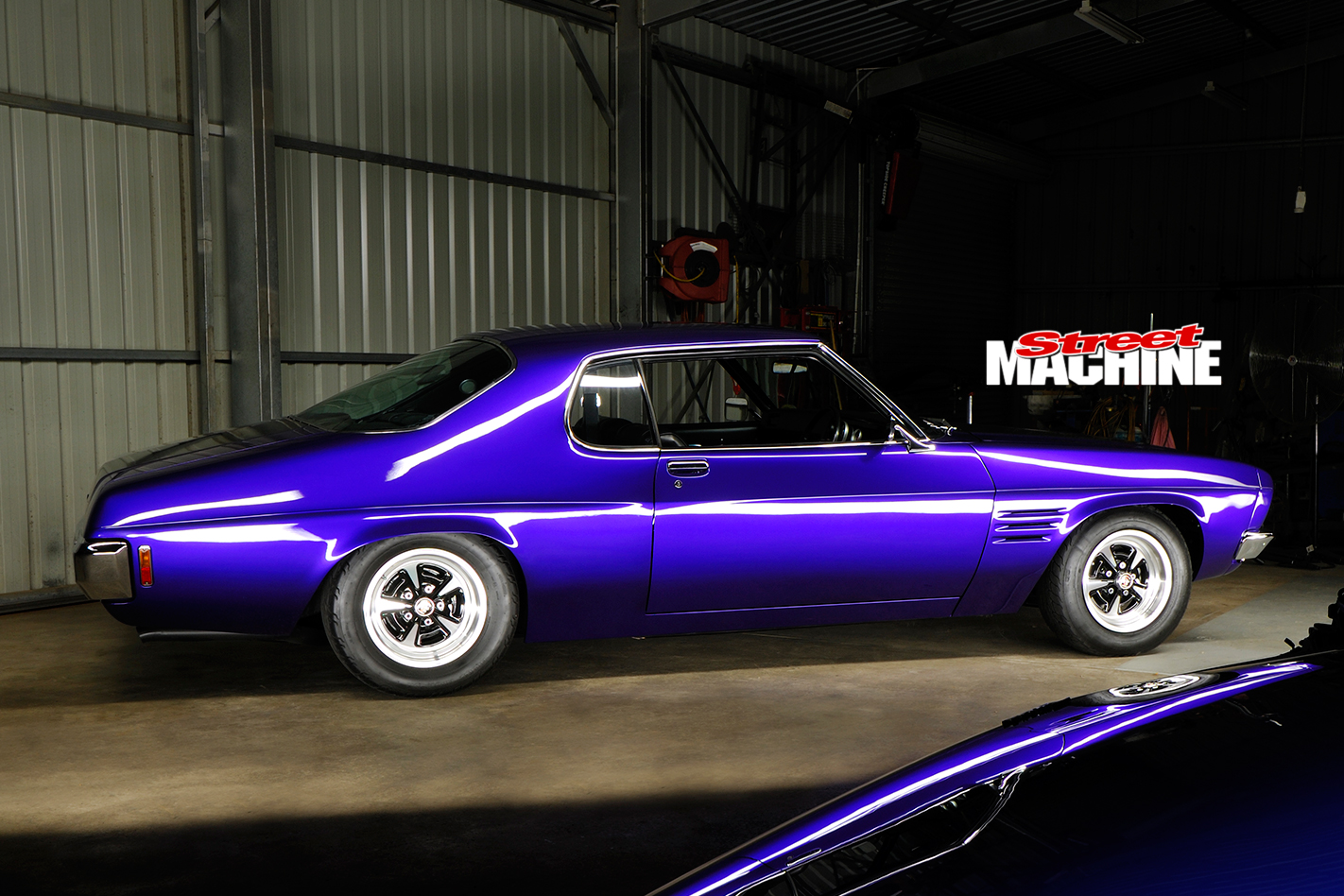 Panel beater Warrick Turner showed Michael the ropes and lent a hand on the ’Q. The pair took the coupe back to bare metal and added better second-hand doors, nosecone and guards – remember, there wasn’t repo stuff back then. They rust-repaired a few spots, got it dead straight and gapped it just so. “Warrick and I spent nearly every night after work and almost every weekend on it for a year,” Michael says.

Next, mate Kev Sacco laid on the custom Rocker Purple Pearl. Kev and Michael blocked back the clear, and then put in the buffing hours required for that deep shine. And although the paintjob has just had its 12th birthday, it still looks fresh out of the booth. 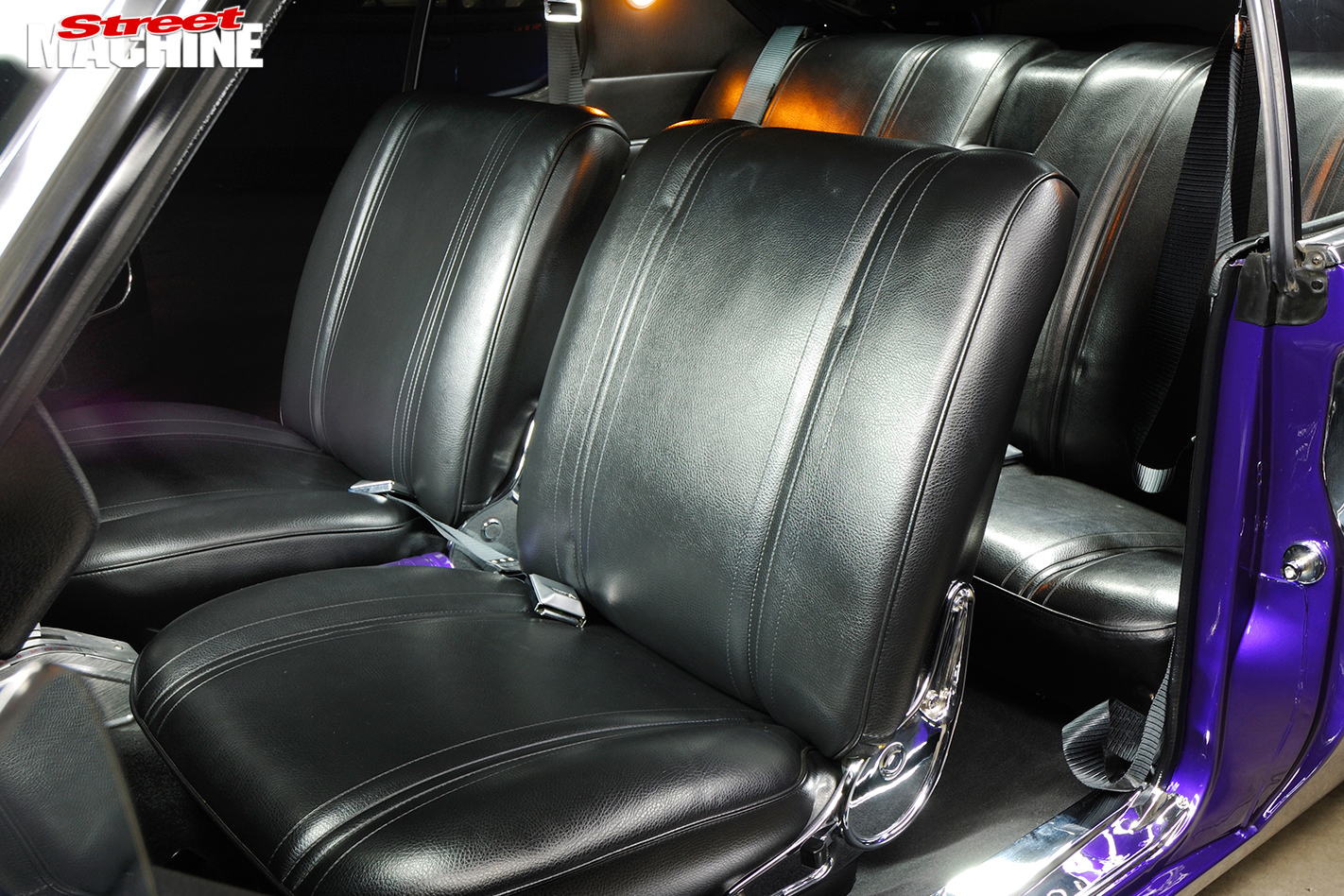 The interior is just as Michael had planned: mega-tough factory GTS black, including low-back Roebuck pews, though there are a few extra necessities by way of Auto Meter gauges and the obligatory B&M Pro Billet shifter.

Under the hood there’s no doubting the aftermarket neddies packed into the food-grade-clean engine bay. “I wanted something that was near-maximum for the street,” Michael says. “But that was about 15 years ago; these days anything goes – there’s 1500hp motors with 8000rpm converters driving around! 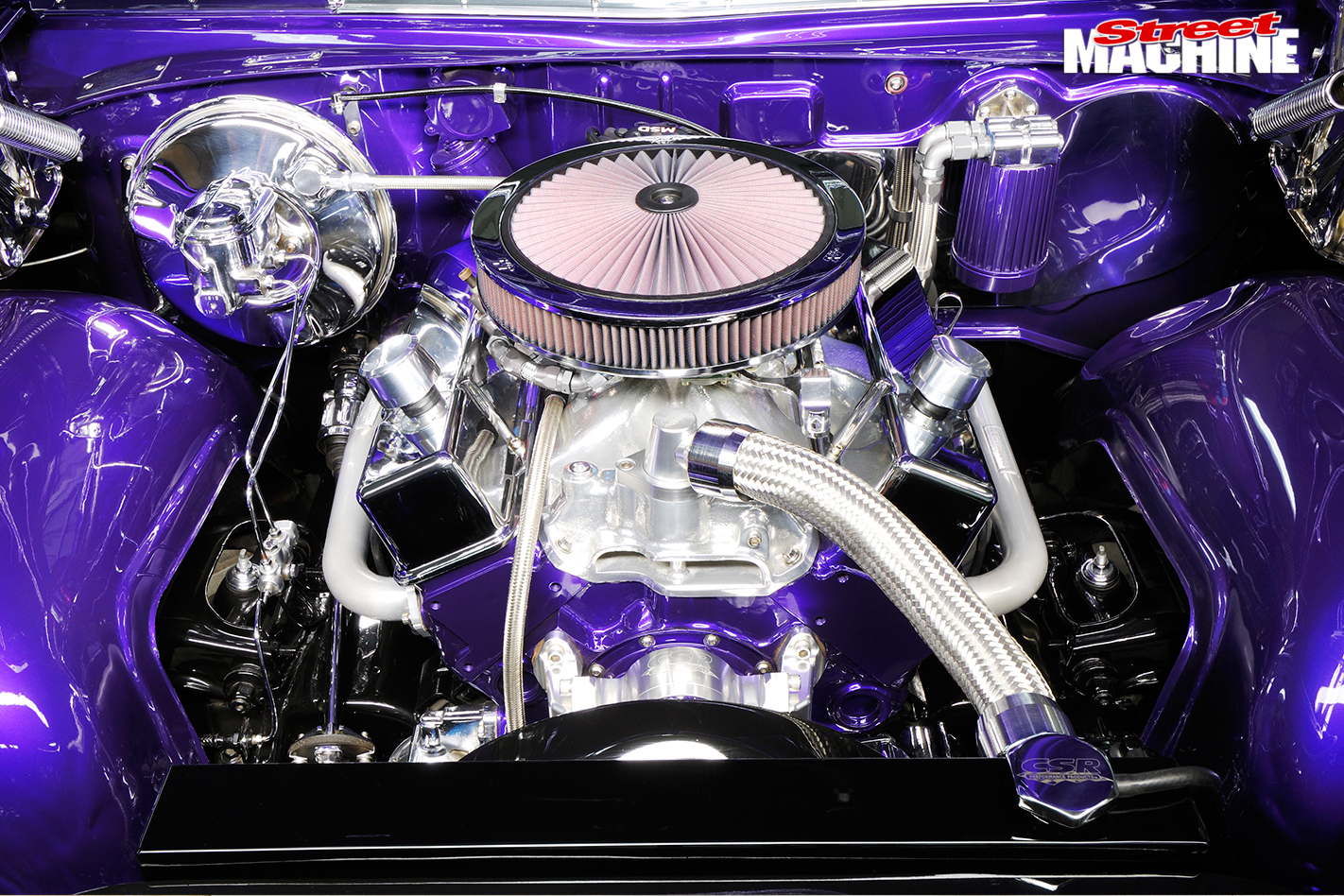 “I spoke to Craig Walkom from Walkom Automotive & Performance Engines, as he has a good reputation and knows his shit. I asked him to build me a stroker as a fairly tough street ’n’ strip motor to run healthy numbers, which I could also cruise – and all within a budget.”

Craig went about prepping an avgas-ready 383ci Chev, full of tough and reliable go-fast bits. But then the powers that be intervened. Michael explains: “The motor was assembled, ready to be stripped for the final build, when the new law was passed restricting avgas purchase and use.” To change back to PULP, Michael chose to have the Dart II heads cc’d, giving a final compression of 10.6:1. 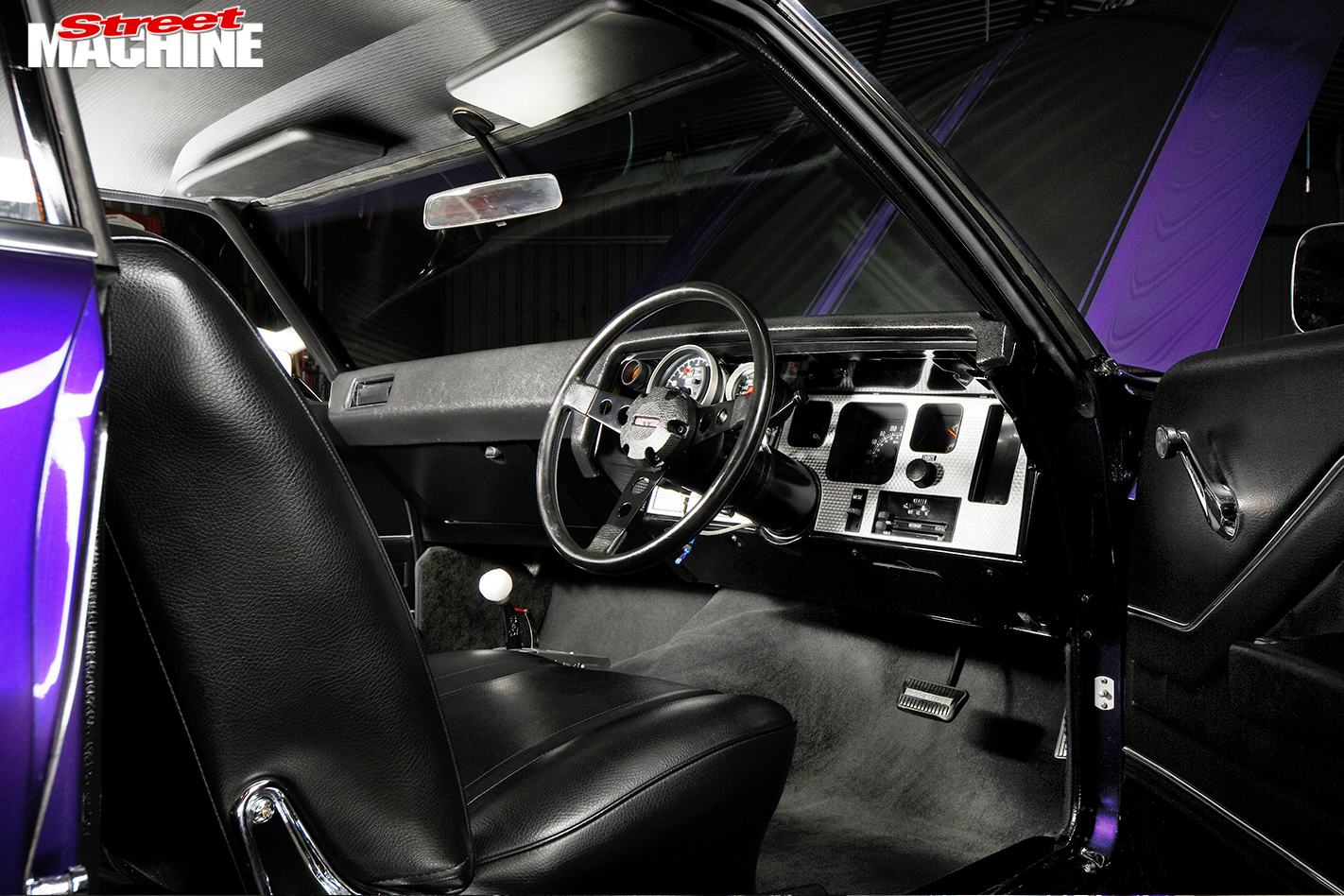 Behind the stout donk sits a stage 2 T400 ’box and a nine-inch crammed with 4.11s and a raft of goodies.

All told, the build took seven years; a modest amount of time when you’re getting your own hands dirty and saving for a decent driveline. “It wasn’t easy but I’m happy with how it turned out,” Michael says now. 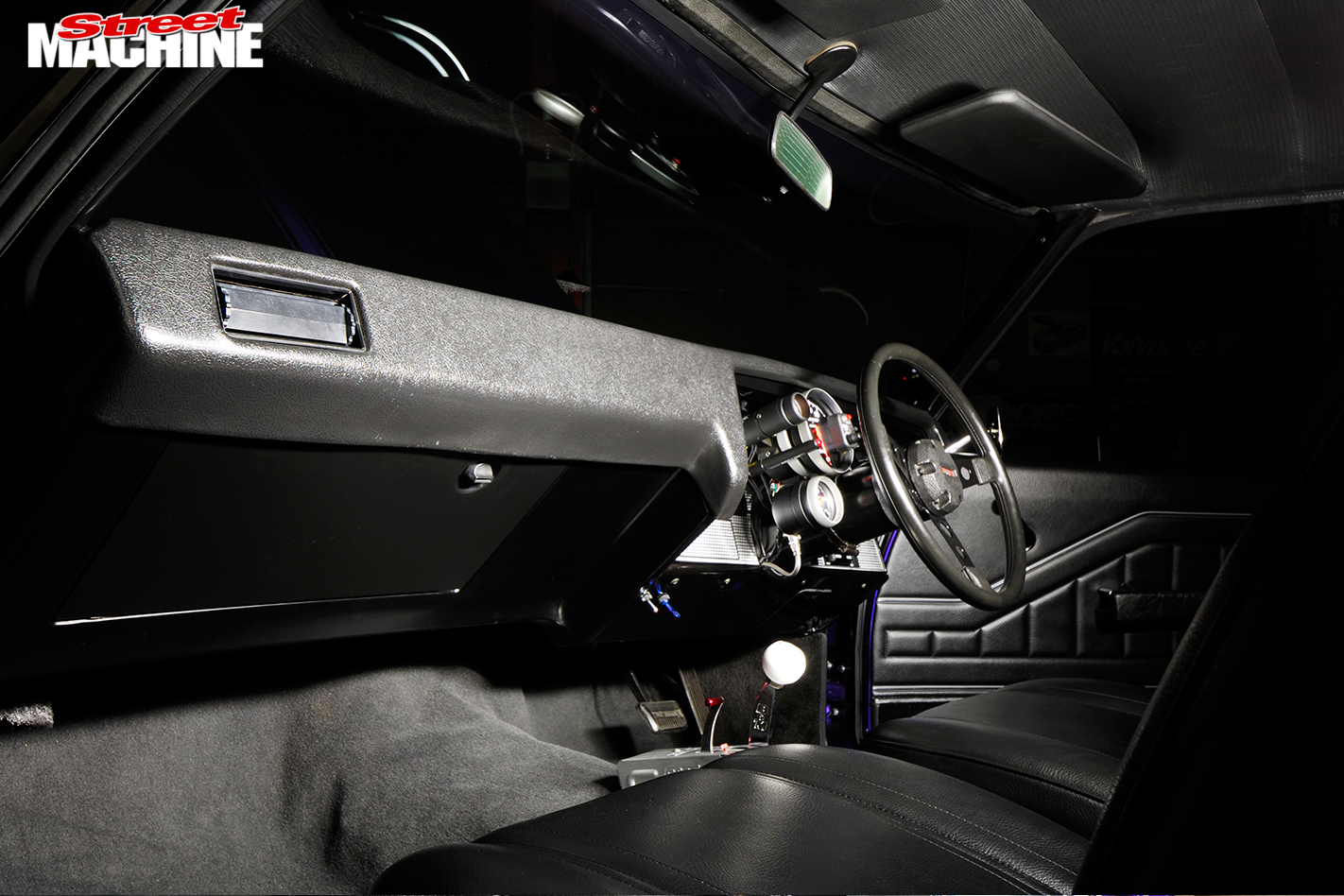 Since then, the Monaro’s taken out top awards at a heap of shows, including two Top Overall gongs at Murray Bridge Autofest in 2009 and 2012. “I hadn’t done any driving events until then, and Jodie wasn’t keen on it when I did. But by the second event she was cool with it.”

Michael’s kept the accelerator-pedal antics balanced with aesthetics, by continually tweaking the build. “I recently added the vinyl GTS stickers to change the look and work in with the Classic Industries-sponsored 15-inch GTS rims.” 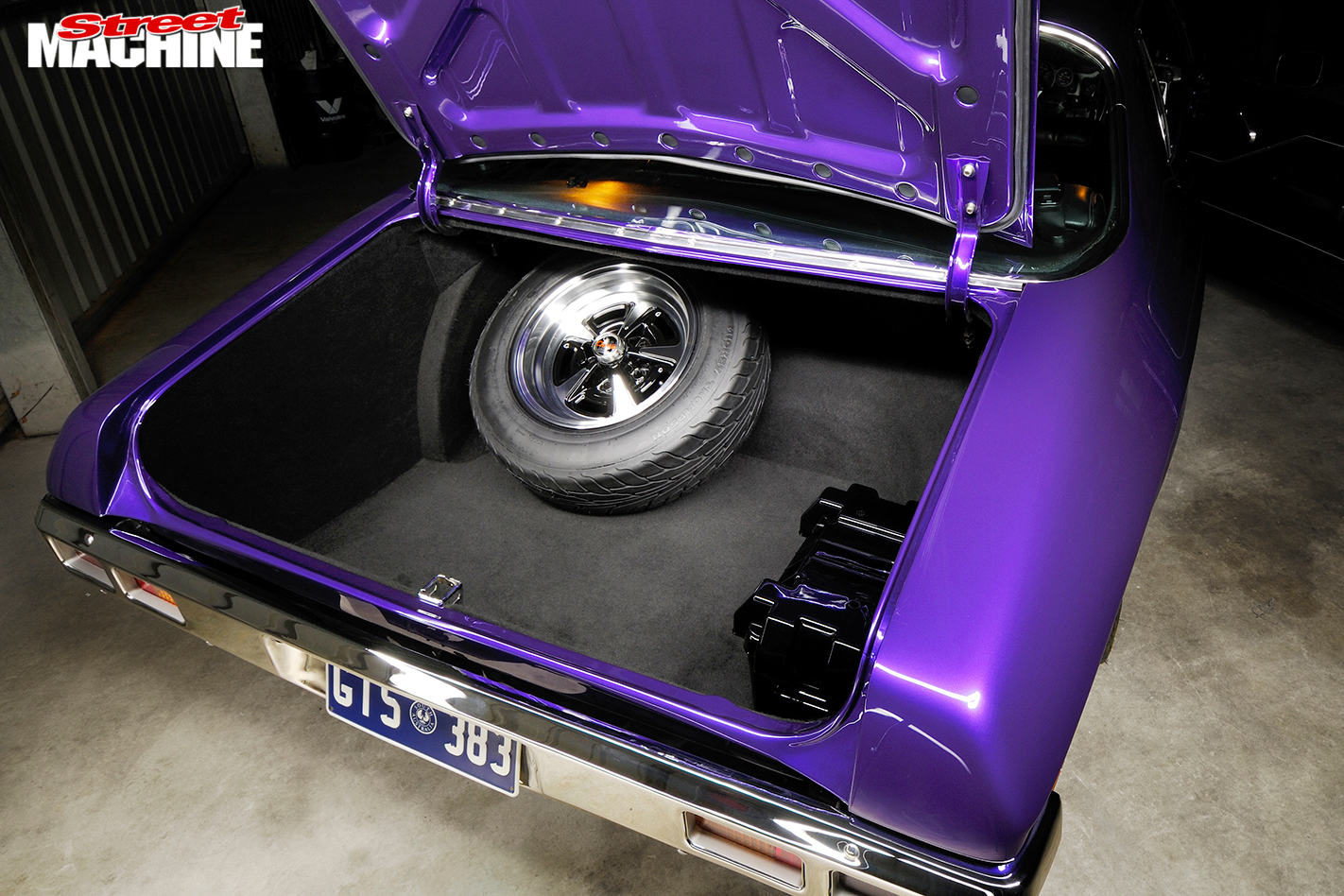 Yet what’s most notable is the Monaro earning its stripes as a true street ’n’ strip car. “I raced it on the AIR quarter late in 2012,” Michael says. “The fuel was contaminated with water and dirt, the trans was lazy in third, and with a headwind I still pulled an 11.6@120mph. I’m pretty happy with that considering the day, and I reckon I’ll have another crack at it later in 2014.” 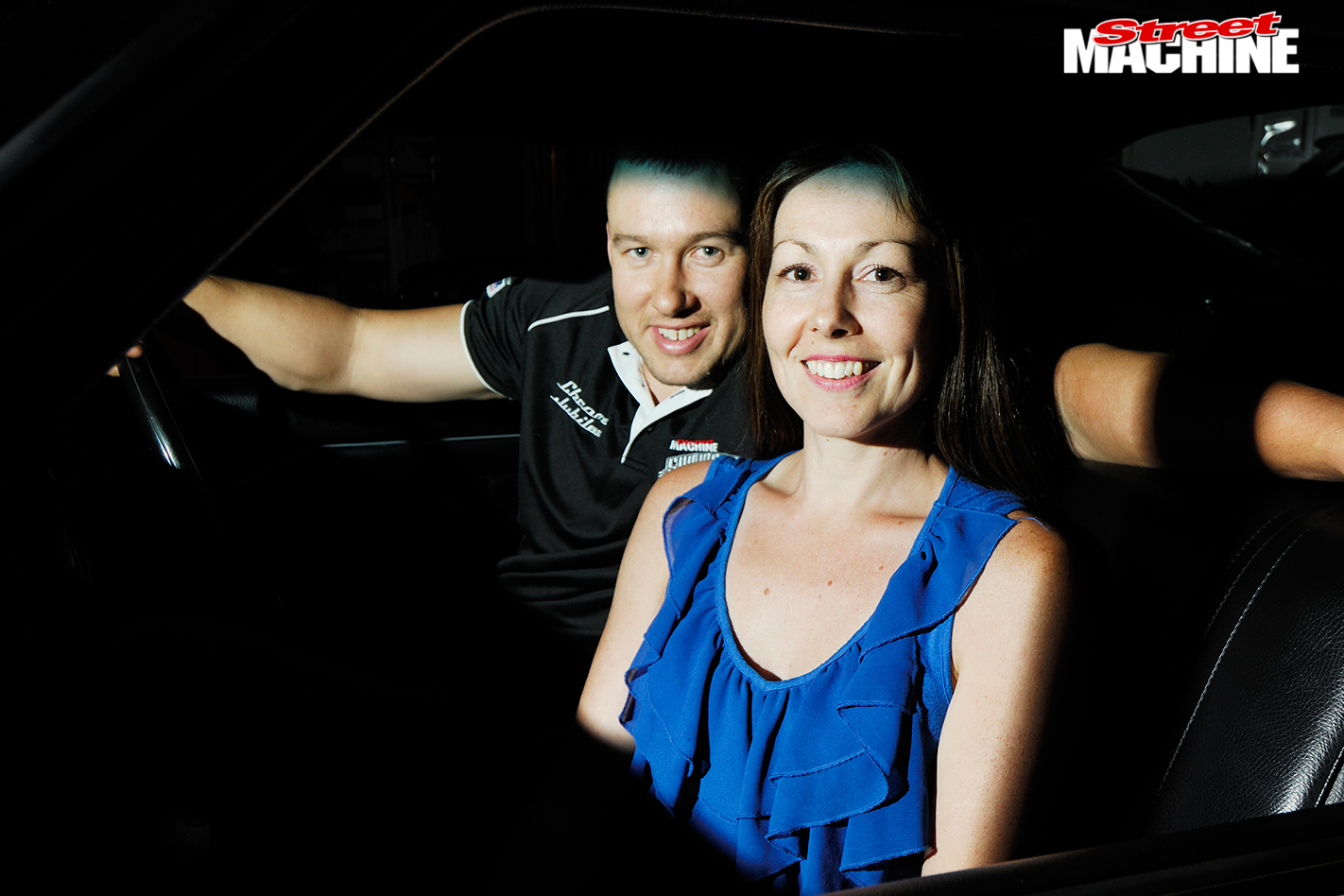