YOU REMEMBER the joke – what’s four feet tall, one foot wide and can’t turn around in a corridor? A kid with a javelin through its forehead. Yeah, you remember that!

The joke is that the Javelin – the Rambler version at least – appeared more than 10 years before that rash of crook jokes started doing the rounds. These days Michael Goldstein, appointed furnace-stoker of this red-hot ’71 Rambler Javelin, reckons the joke’s on the young ’uns. 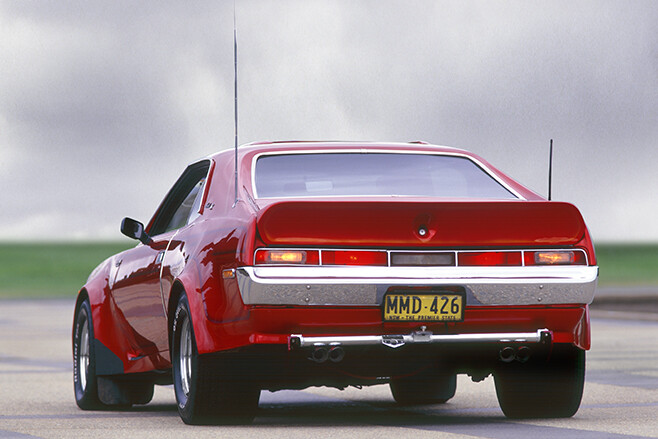 “A lot of people under 25 haven’t a clue what a Javelin is,” says the proprietor of a truck-stop in Karuah, NSW. “Heaps of young blokes come up to me and say, ‘What the hell is that?’.”

What it is, is a prime example of the Rambler Javelin; one of the slinkiest, sexiest shapes to come out of the United States since the 1964 Mustang. The credit for the two-door Javelin goes to the stylists at American Motors Corporation [AMC], who are currently pressed to come up with anything better than facelifted WW2 Jeeps or badge-engineered Renaults.

Michael had always been keen on street machines, and a used Rambler Javelin at Mascot Motors in Sydney more than took his fancy. He rattles off the cubic-inch credentials like a kid does his ABC – “It came with a 360, a 390 and a 401 engine,” he says. “My car had the 390, and I went for it.” Why not!

He picked up the much-maligned Rambler for about two grand in 1983, already with a pretty heavy-duty street-machine project in mind. Michael wanted a Javelin that would not only look mean, but one that would handle the weekly haul down to Melbourne without a worry. He decided to stick with a stock 390-cube block, but one with a few mods to help it along the road to reliability.

Early in 1985, Michael did the full rebuild on the Javelin’s powerplant, leaving nothing to chance. He called in components from the AMC Competition Catalogue – the American answer to Peter Brock’s list of go-fast goodies. 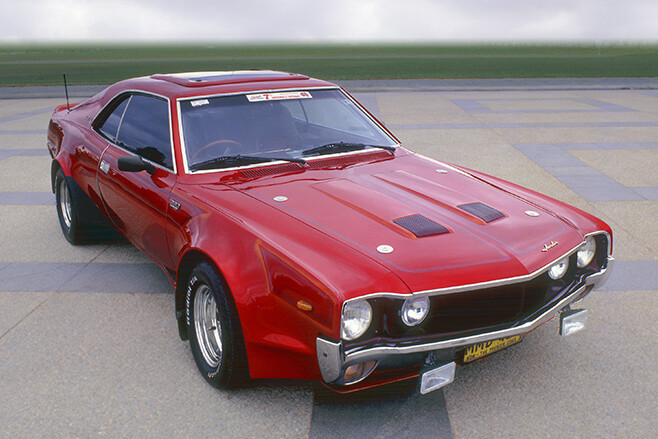 Here, Michael has a tip for anyone about to ship in bits directly from the States: “Just try to get any contact name you can, and ring ’em up. I spoke to a marketing man at AMC in Illinois, sent along a cheque and got all the gear here in about three weeks.”

The AMC Comp gear and the original block went off to Precision Auto Conversions in nearby Newcastle for the build-up. The crank and rods are AMC Comp, but are topped with Speed Pro slugs and rings. Speed Pro was also the go for lifters, but the pushrods, rockers, valves and springs are the gen-yew-ine Comp items. There’s nothing like originality.

The Precision boys also did their number on the heads, giving ’em a clean-up to take the sturdier Stateside bits. The stock inlet manifold carries a Holley 750 double-pumper and a big chrome cake-tin hides the air filter. With braided steel lines thrown in, the engine bay comes up looking nice. AMC headers keep the dust away.

Ignition is provided by the original AMC system, rewired by DJ Electrics. The sparkies down at DJ had quite a bit to do with the electronic asylum on the car’s dashboard, but we’ll get to that later.

Michael hooked up the donk to a four-speed Super T10 tranny, with a Mr Gasket shifter. The flywheel is from an AMC Jeep, and filling the room is a clutch from Zoom.

At the rear is a hulking 12-bolt Chevelle diff, running a 2.78 ratio. Michael explains the Chevelle diff was standard equipment in all of the Javelins, and is more than man enough to cope with 401-cuber.

Suspension is handled by Henderson’s springs front and rear, kept in control by Koni shocks all round. Brakes are the stock, beefy discs up front, and AMC Comp drums out the back. Michael uses the car mainly for long hauls, and reckons the disc/drum combo gives him absolutely no worries.

And oh, that body! Michael spoke to a bunch of blokes before choosing the paint and panel team. Olympic Smash Repairs in St Peters, Sydney, and painter Doug Wilson in Beresfield, near Newcastle, topped his shortlist of good operators.

Olympic made up the triple-metal flared guards and blended them artfully into the body. The whole shell got a prepping before it was taken to Doug Wilson’s workshop.

Doug and Michael banged heads to come up with the colour and striping scheme. The candy-apple coating, so deep you could dive into it, and the socket-stretching striping took eight weeks in the making. The results speak for themselves – she turns heads wherever she struts. Except, of course, for the heads with the javelins through ’em.

3
How good does the interior look? Check out the VDO gauges and ZF electronic trip computer

The whole show hugs fat 12-slotters front and rear. The eight-inch front rims carry Goodrich TA 265/50 hoops, and the 10s at the back boast 13-inch-wide Protracs, which help give the car its aggressive stance.

The interior trim has a real Yankee flavour, something Michael has always aimed at keeping. A crowd called Leather Upholstery stitched up the mix of deep-tan leather and red velour, throwing it over the standard seat frames, the dash – air-thang.

Michael’s gone electromaniac on the dash – no other word for it. He’s ripped out the “pretty boring” standard instruments – shoot, the tacho only went to six gees and the speedo to 140mph – and replaced them with VDO gauges for everything. Propped up alongside is the ZF electronic trip computer.

The latter device advises him of fuel remaining, range, battery levels, the shape the points and dizzy are in, how many beers are in the fridge at home and when his bum needs scratching. It has a handy cruise control too.

There’s a computerised Tandy stereo system and a Uniden 40-channel CB radio. Being the owner of a truck-stop, Michael has plenty of mates to talk to on the air, and they can sure see him comin’ a ways off in this thing. Just in case they can’t keep tabs on the Kojaks, however, there’s an Autex radar detector in there as well. Pays to play safe. This place is fair dinkum like Dick Smith’s dream den. 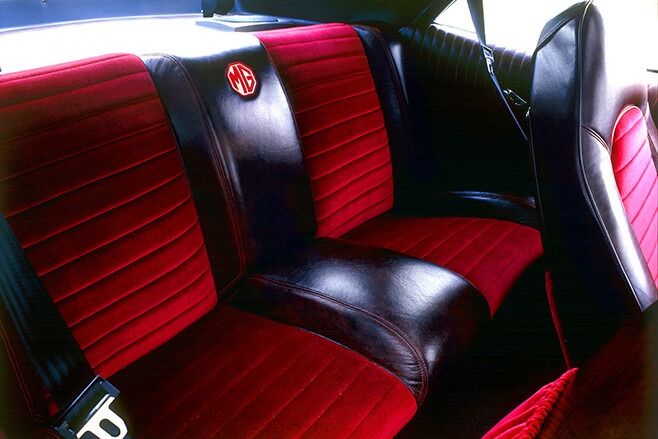 You’ve probably figured that this light show takes quite a few sparks to run. DJ Electrics hooked up twin parallel batteries and an 85-amp alternator to take care of it. In case of emergencies, there’s an electrical isolation arrangement as well.

In case of light-fingered emergencies, there’s a fuel-pump isolation set-up that needs a special code before it’ll churn. The Javelin also features a remote-control alarm with a pager, so Michael comes a-runnin’ at the first sign of trouble.

Rounding out the electrical insanity is a bunch of 130-watt spots. There are tar-bubblin’ Hellas in the grille and a couple of rectangular Narvas hanging down low. At the rear is another 130-watt spot, and although we can’t see it, it can see us.

Michael reckons the tab’s got up to around $35,000 to build this Super Spear. She’s like a long-distance cruise missile – an electronically activated, heat-seeking, radar-dodging Titan with the power to destroy plenty of things out there on the highway. Hooo-eee!

And best of all, most of the kids of the nuclear age don’t know what the hell it is…

Cool info: AMC’s pony car lasted a mere six years, from 1968 to 1974, in three basic incarnations. The car scored major race-track success, winning the Trans-Am Championship in 1971, ’72 and ’75. RHD Javelins were assembled at AMI’s Port Melbourne plant, which was later bought by Toyota.