This Holden HQ came as a ready-to-build kit. All Colin and Fran Riley had to do was put it together and make it go

SINCE you’re reading Street Machine, it’s probably safe to assume you’re a petrolhead. A lot of you have been since you were kids, so before you could afford a car, you may have built some models. But wouldn’t it be nice if real cars came in boxes, just like the models? That would be so handy. 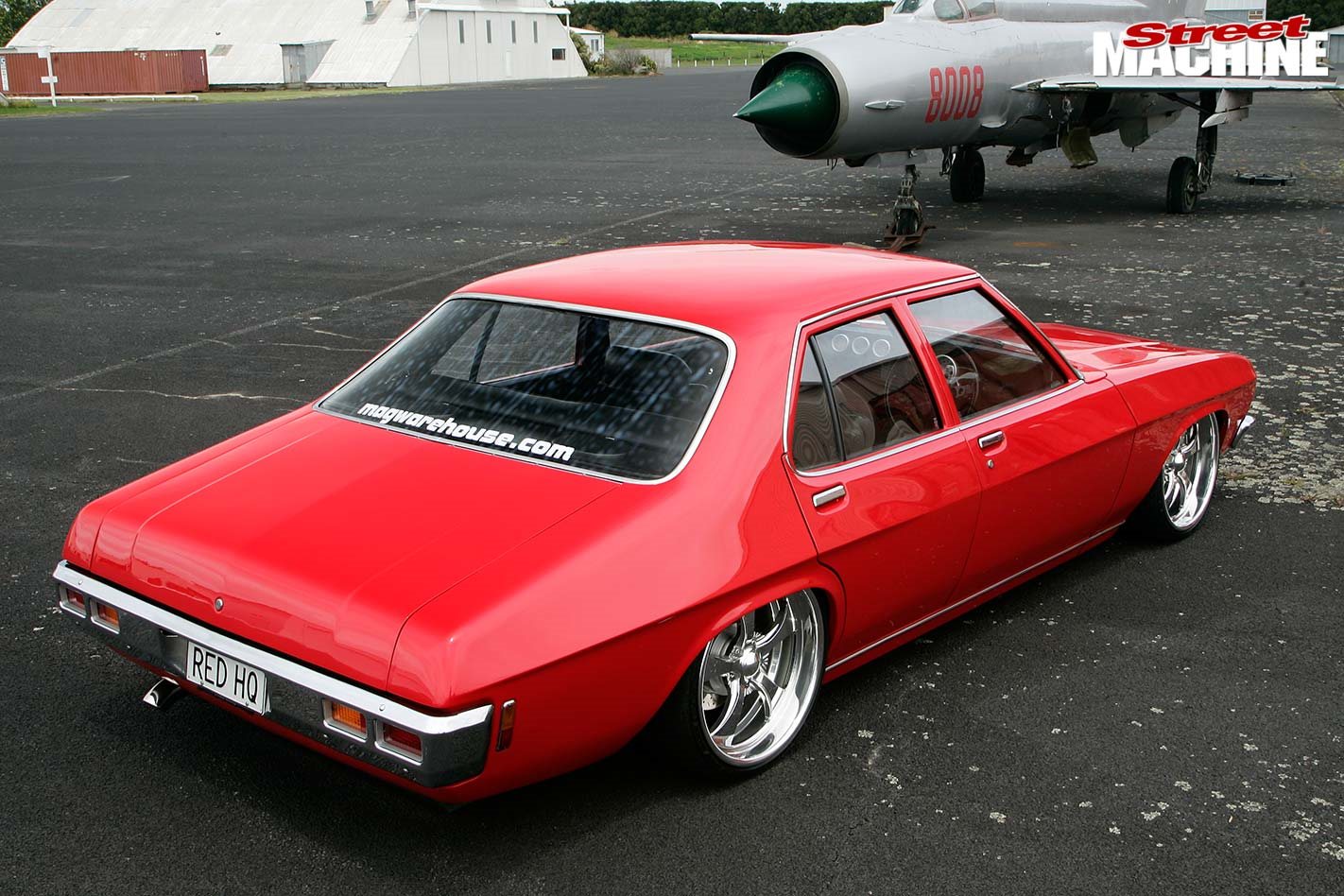 Well, for Colin and Fran Riley that’s exactly what happened. Building this stunning HQ Holden sedan was just like assembling a giant kit after the lucky Kiwi couple stumbled across an unfinished project; a freshly painted glossy red bodyshell along with a stack of boxes containing almost everything required to rebuild it.

“It had been sand-blasted, repainted and was on a rotisserie,” explains Colin who, with Fran, runs magwarehouse.com in suburban Hamilton. “It looked like it had rolled out of the paint shop yesterday. We were after a daily driver for Fran but being bare, it gave me a good chance to see what I was about to buy, and a great frame to develop as a project.

“The previous owner had evidently lost interest but he did a really good job. There were a couple of 50 cent coin-sized rust repair patches under the new paint and that was all.” 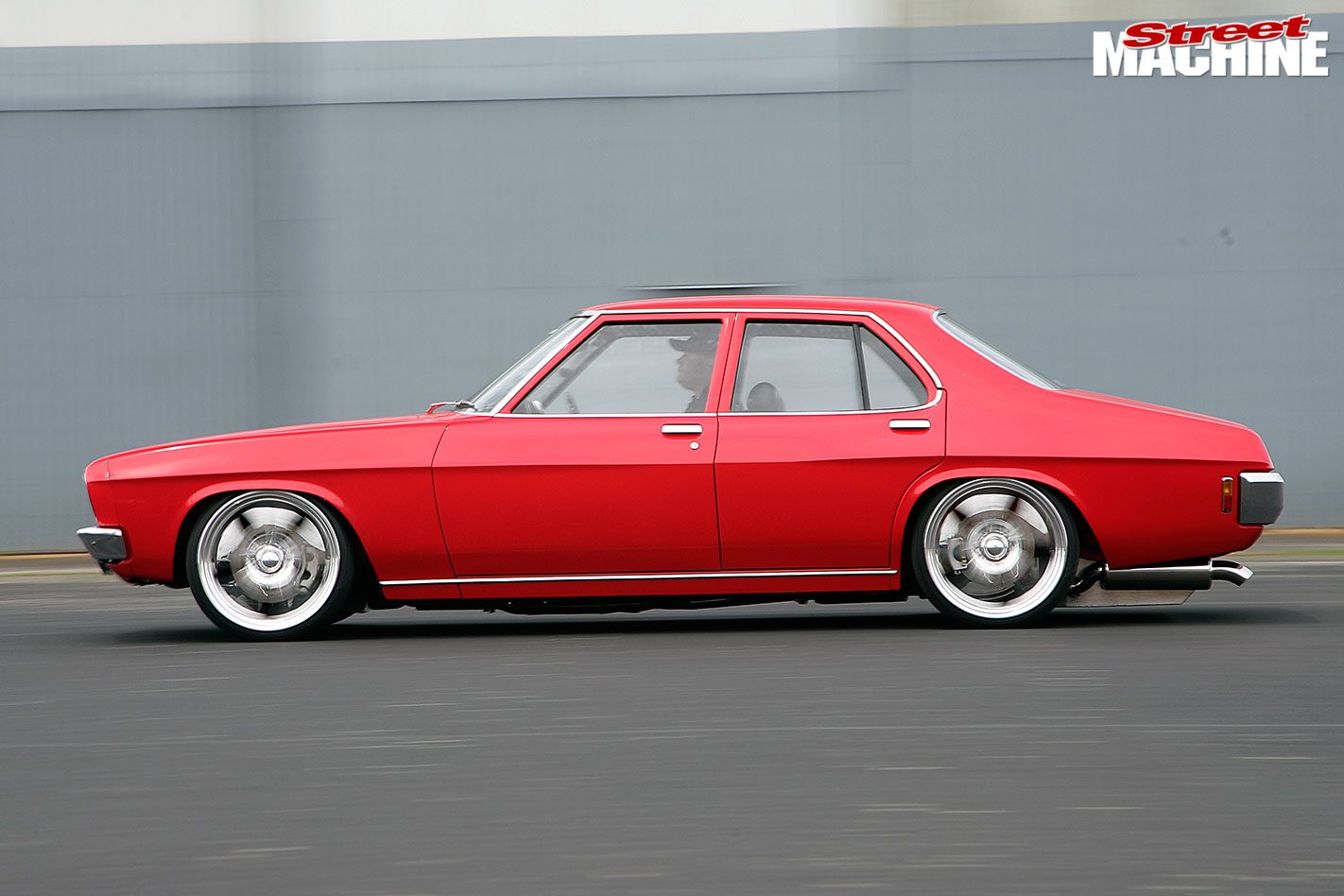 New screen seals, door rubbers and window channels were bought from Rare Spares. “We were keeping all the chrome on the car so we replaced all the trim clips with new ones, too,” says Colin. “The old ones were there, and in good condition, but we wanted to be sure — we didn’t want any mouldings left sticking up.”

But surely there must be some horror stories of missing components in the piles of parts. Nope.

“The only thing missing was the grille,” says Colin. “And I managed to find a brand-new one.” 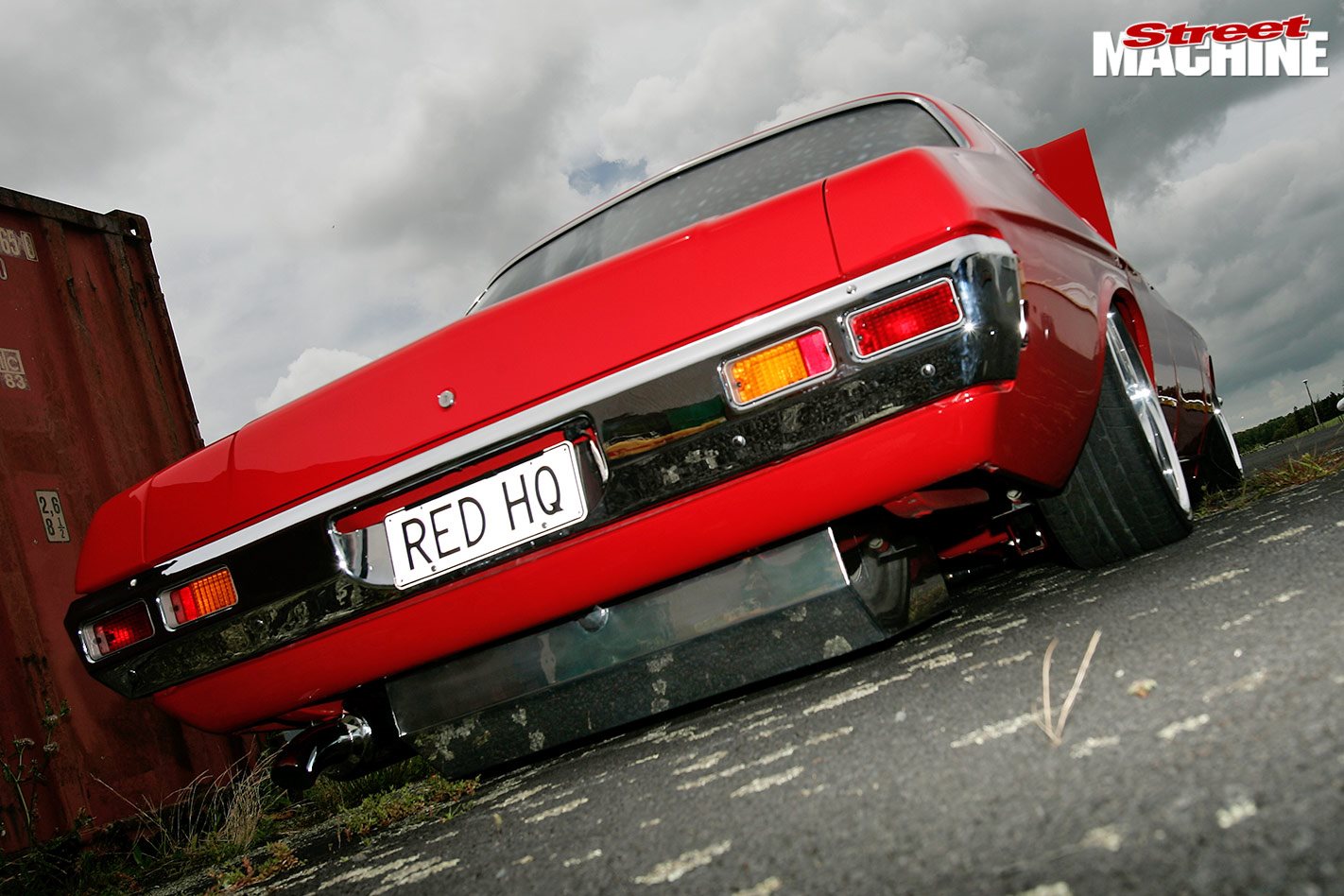 “I’d seen lots of ads and read all about late-model engine installations in Street Machine. I wanted an injected Holden V8,” Colin explains. “I checked out the vehicle auctions for a complete damaged car but eventually bought an engine, gearbox and complete wiring harness from a VS Commodore V8 at a wrecking yard.” 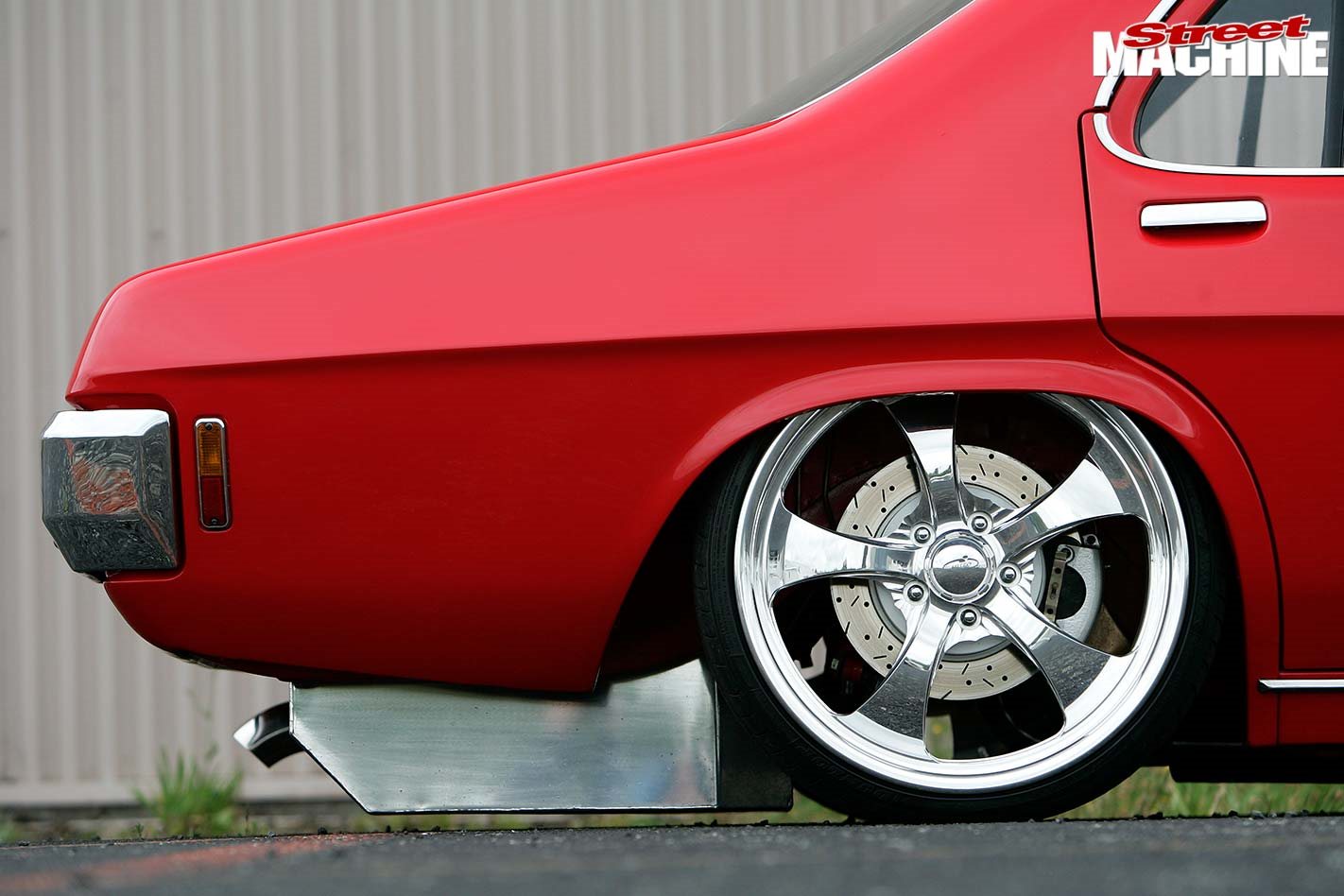 “I sat on the floor and unwound the harness to get rid of all the circuits I didn’t need,” Colin says. One thing Colin did need, but forgot to source from the donor car, was the speedo. With only an electrical output from the VS’s four-speed auto gearbox, a cable-drive unit was impossible.

“The wrecker shipped it up to me,” says Colin. “I mounted it behind the HQ instrument panel so it looks original. Everything else I needed, I ordered from Australia.”

Colin spent plenty of time on the phone. “There’s no-one here doing over-the-counter transplants,” he says, “but it’s easy for us to mail-order. I’ve bought stuff from Sydney Speed Supplies and Aussie Desert Cooler. The electric fan, fuel pump and headers came from Con at Castle Auto; High Energy for the sump; the four-link came from Tubular Suspension.” 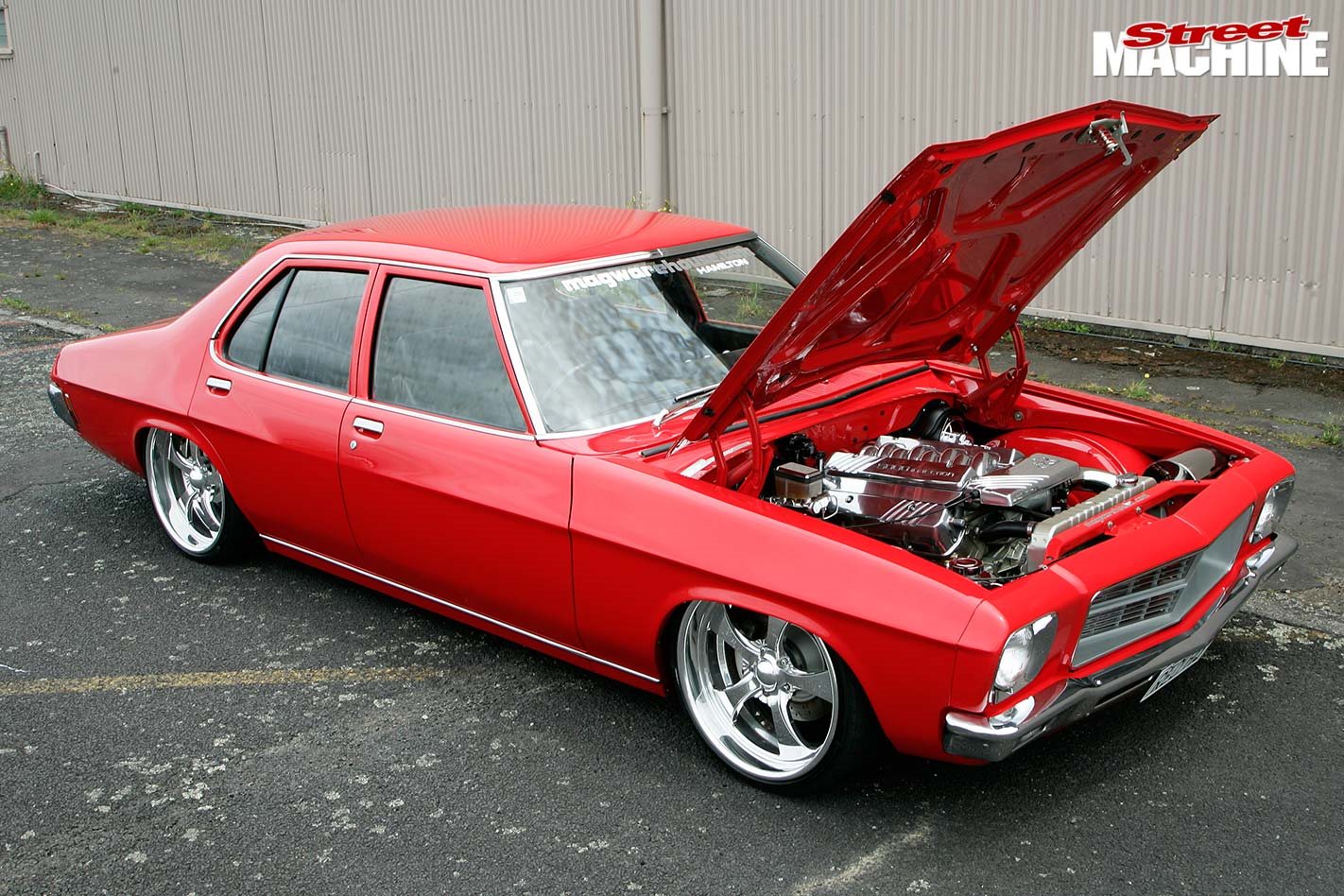 Colin faced a hurdle with the Commodore’s factory security system embedded in the engine management computer. Once again, he found the solution was just a phone call away.

“I’d read that COME Racing Engines in Melbourne had a fix for transplant cars,” says Colin. “I decided to put in one of its cam upgrades while I was at it.” The cam makes the most of the injected Holden’s standard intake and compression, taking output beyond 200kW through the Castle headers and 2.5-inch exhaust.

“I remember sitting there for hours, thinking how far I’d come, how good it all looked and hoping like hell it would go!” he says. “Test day; after being triple-checked, the engine fired into life instantly and gave me a hell of a fright!” 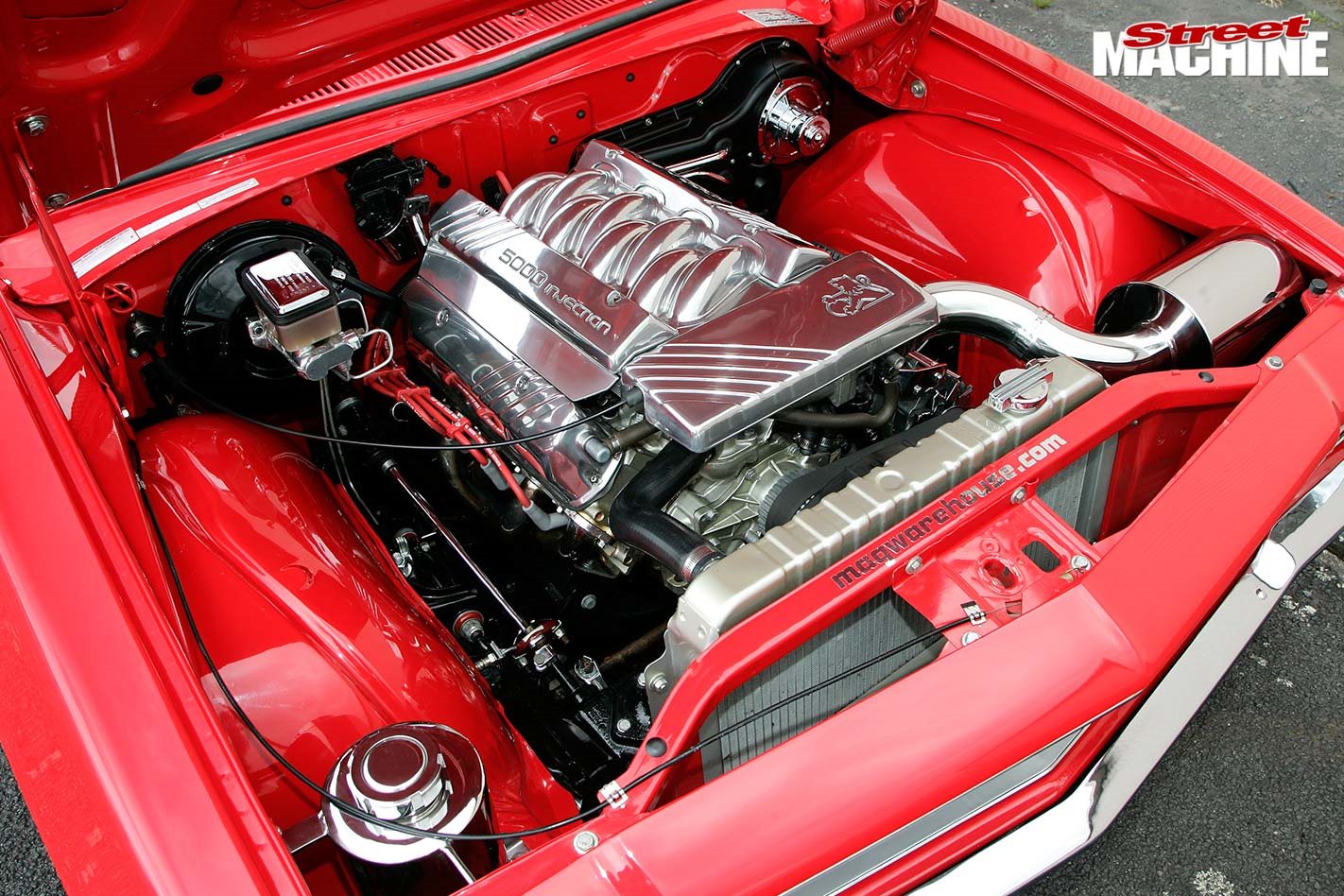 Colin chose an HZ Statesman rear axle for its factory discs (since upgraded to 315mm units). There are 330mm front discs, with HSV-spec PBR calipers getting the squeeze from a WB master cylinder and booster. Drop spindles were installed on Nolathane-bushed Tubular Suspension arms.

The interior has been finished to what could be described as ultra-stock condition. The seats are from a Torana XU-1, bolted in with only minor fiddling.

“They’re smaller and look a lot sleeker in the car than the HQ buckets,” Colin says. “The door trims are straight vinyl and the B pillars are covered in vinyl, where they were originally painted. If you didn’t know much about HQs you’d think it was original.” 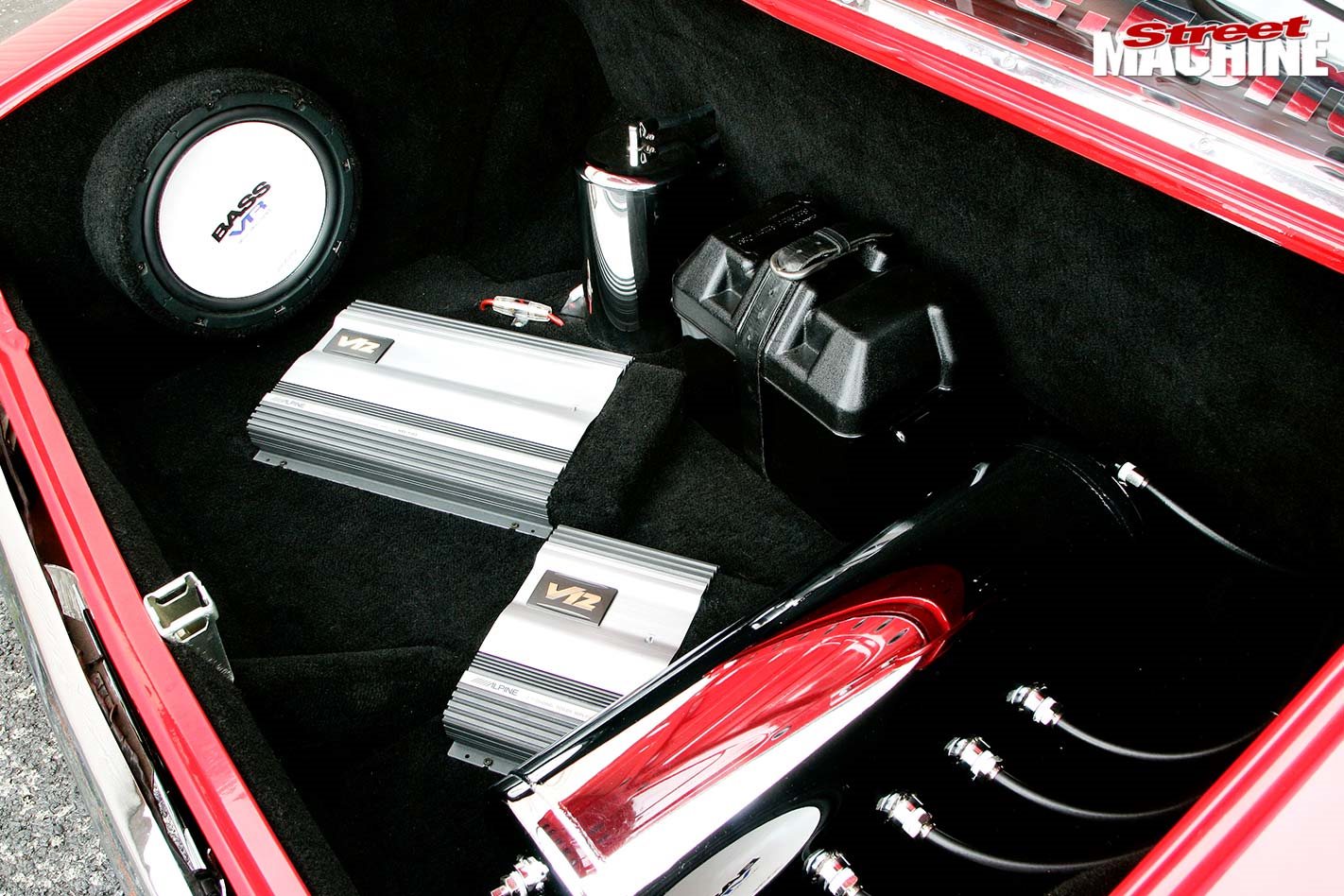 He’s also added the safety of retractable seatbelts and a bank of Auto Meter gauges. The 4L60E auto take its commands from a B&M Street Bandit shifter.

Total build time? Colin and Fran weren’t in any hurry. It took them six years to build it and the car’s now been on the road for four. The most recent modifications were the airbag suspension and enormous 20x8.5 Intro Pentia rolling stock. 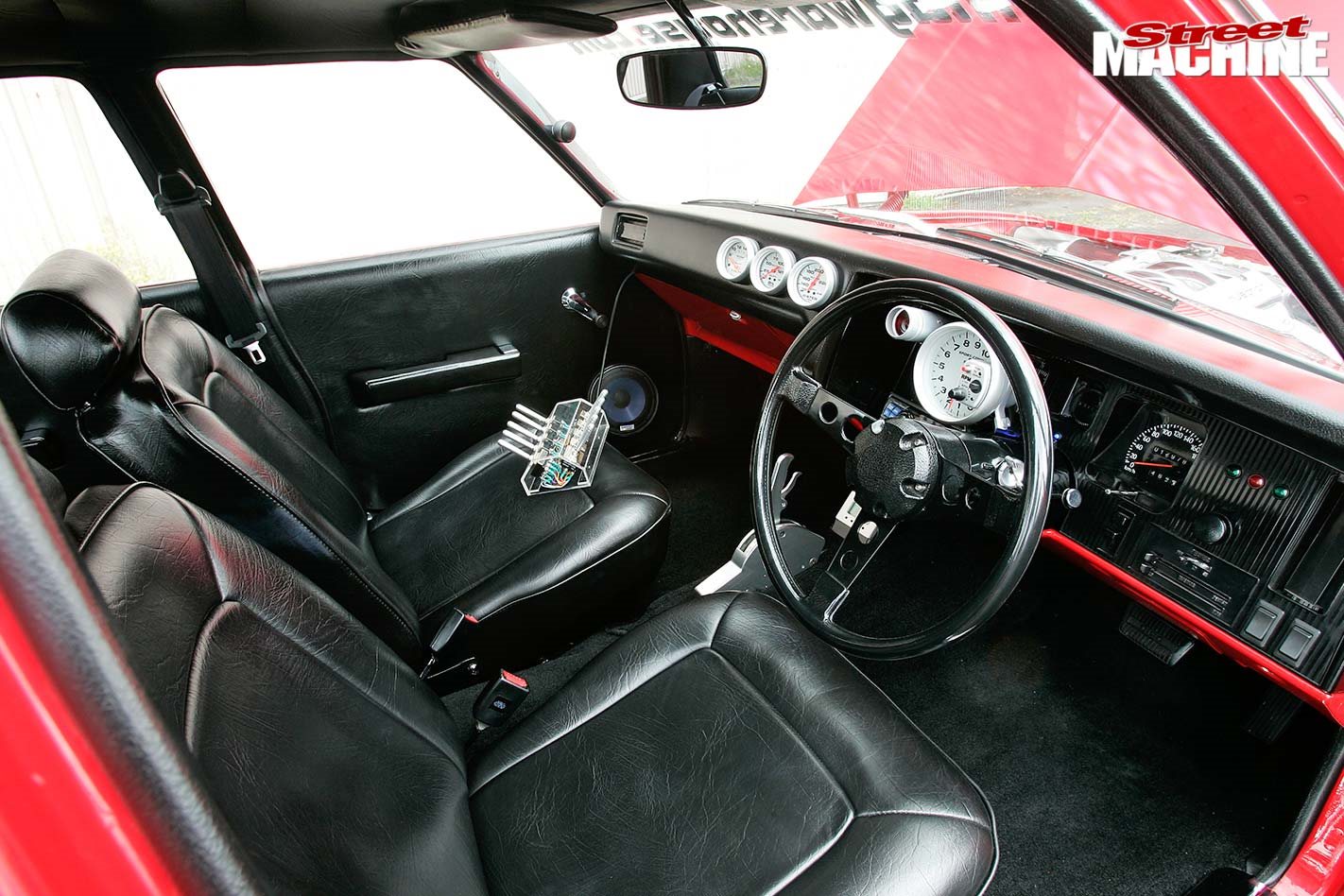 “The night we bought it and loaded it onto a trailer, I remember looking into the rear-view mirror and thinking: ‘What have I done?’” Colin says, sharing the doubt of many who have bought secondhand or abandoned projects.

“I needn’t have worried, however; it went together like a new one.”

WITH out-of-the-box components for the engine transplant, EFI wiring and brakes, the car went together like a big kit. All except the airbag suspension.
“It certainly wasn’t a bolt-in!” Colin says of the US-sourced components. “There was plenty of ‘in-and-out’ and we had to remanufacture parts to get the exact fit and height we required.” 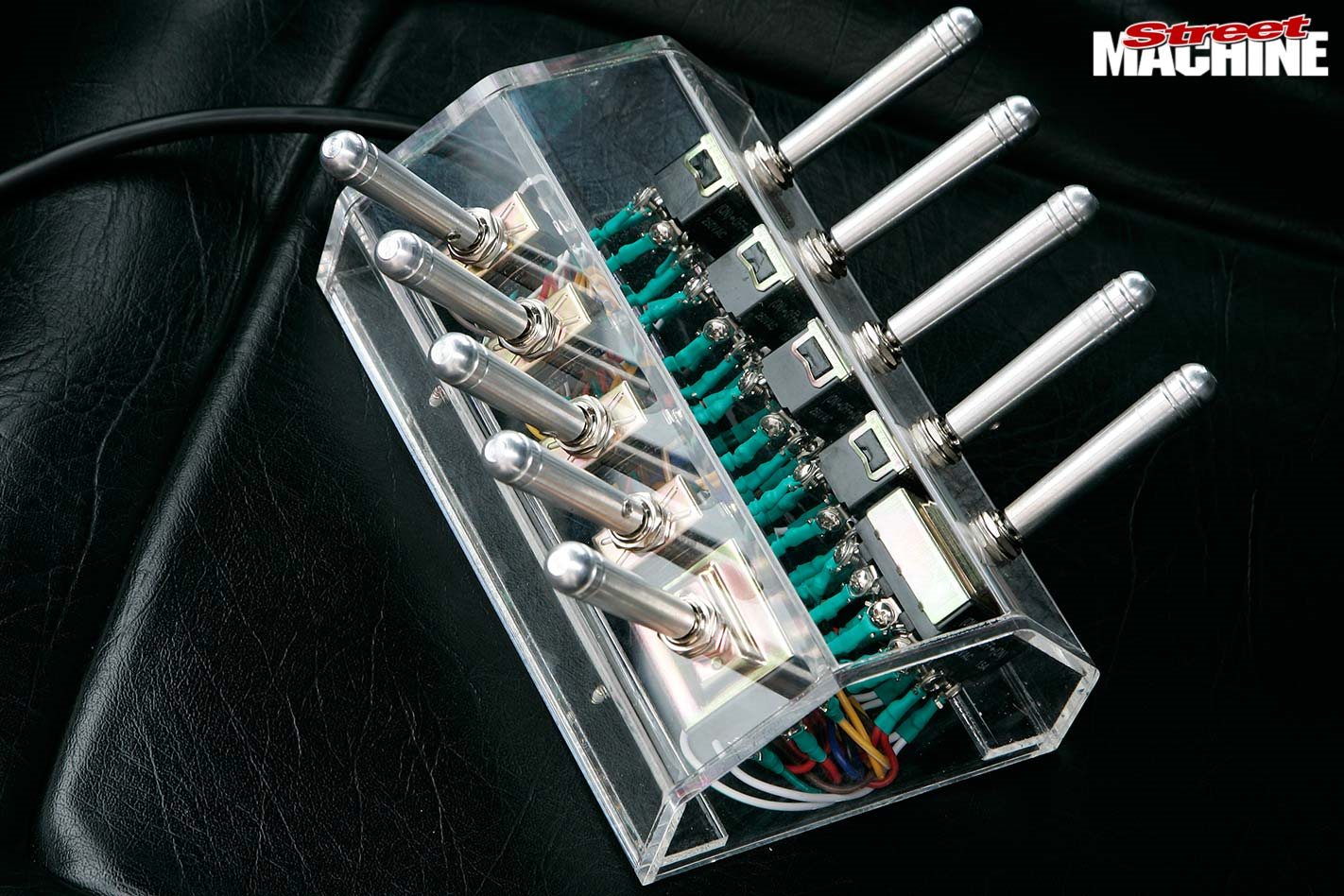 Up front, the HQ’s dampers had to be relocated from their usual home within the coils to the rear of the A-arms. This meant fabricating new mounts both on the crossmember (adjacent to the upper spring seat) and the A-arms. The upper spring seats also needed massaging to fit the airbags’ larger diameter. Down at the rear, the job was a little more involved.

The HQ’s long lower and short upper suspension arms were replaced with adjustable Tubular Suspension items, providing Colin with the best combination of axle location fore-and-aft, differential pinion angle and tailshaft clearance within the chassis. This meant there was the potential for the suspension’s full range of movement to slide the tailshaft all the way out of the gearbox! The bags sit where the standard springs once were — but to provide more ‘dump’ Colin gave himself the extra task of raising the upper spring mounts on the body.