AS A 16-year-old, David Perry used to work weekends at his cousin’s wrecking yard in Mildura, Victoria. In return for the labour, the skinned knuckles and the blisters, he was rewarded with this very XB Falcon. 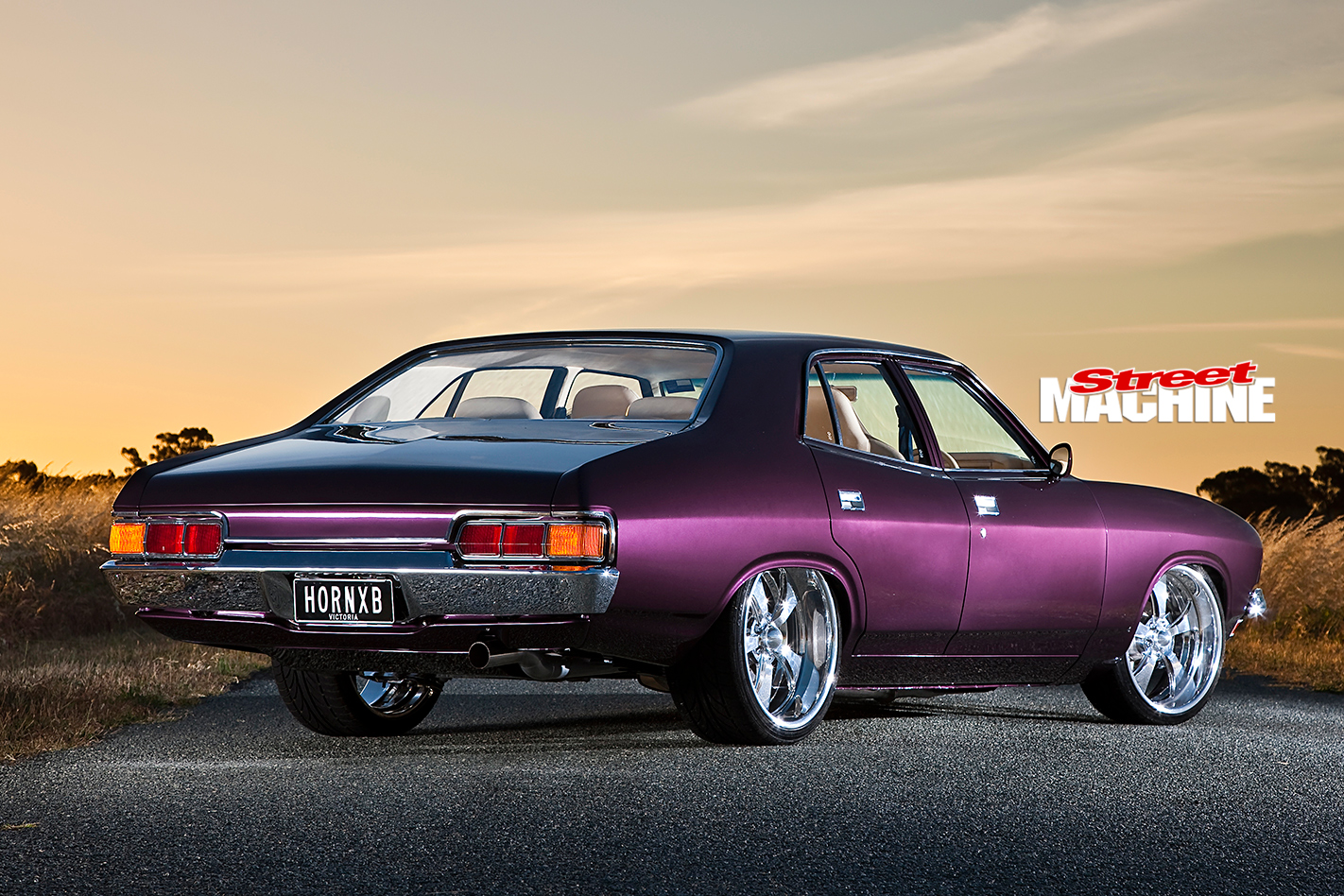 “It was a brown Falcon 500 with a column auto and bench seats,” David, a builder by trade, says. “I knew straight away that we were going to do it up — strip it, paint it and put a V8 in it.” He can recall 20 years of history with frightening accuracy.

The fact is that a lot of the vision he had for the car as an enthusiastic 16-year-old hasn’t changed. “With each rebuild, we redid a lot of what we’d already done, just better or using better-quality parts.” 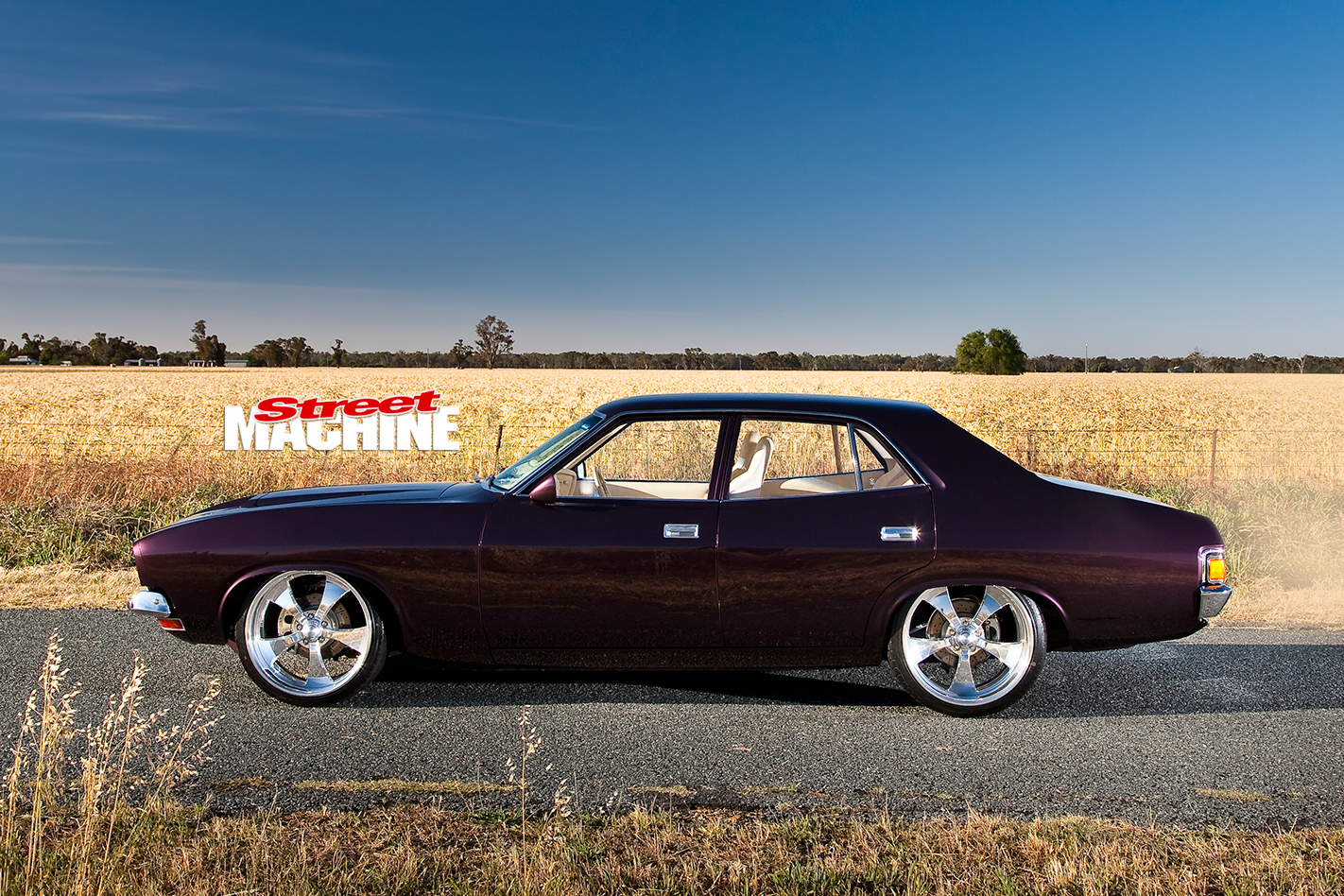 The first imperative was to lose the brown paint, so David pulled the car apart and selected a shade of purple from the Ford colour charts for his XB sedan. It was around this time that a stout solid-cammed 383ci Cleveland donk also got the nod, and an estimated 500 aspirated Ford small-block horses took up residence under the bonnet.

The engine was built by David’s mate Tony Estabrook, with David taking a keen interest in the car’s mechanicals and helping out where he could. 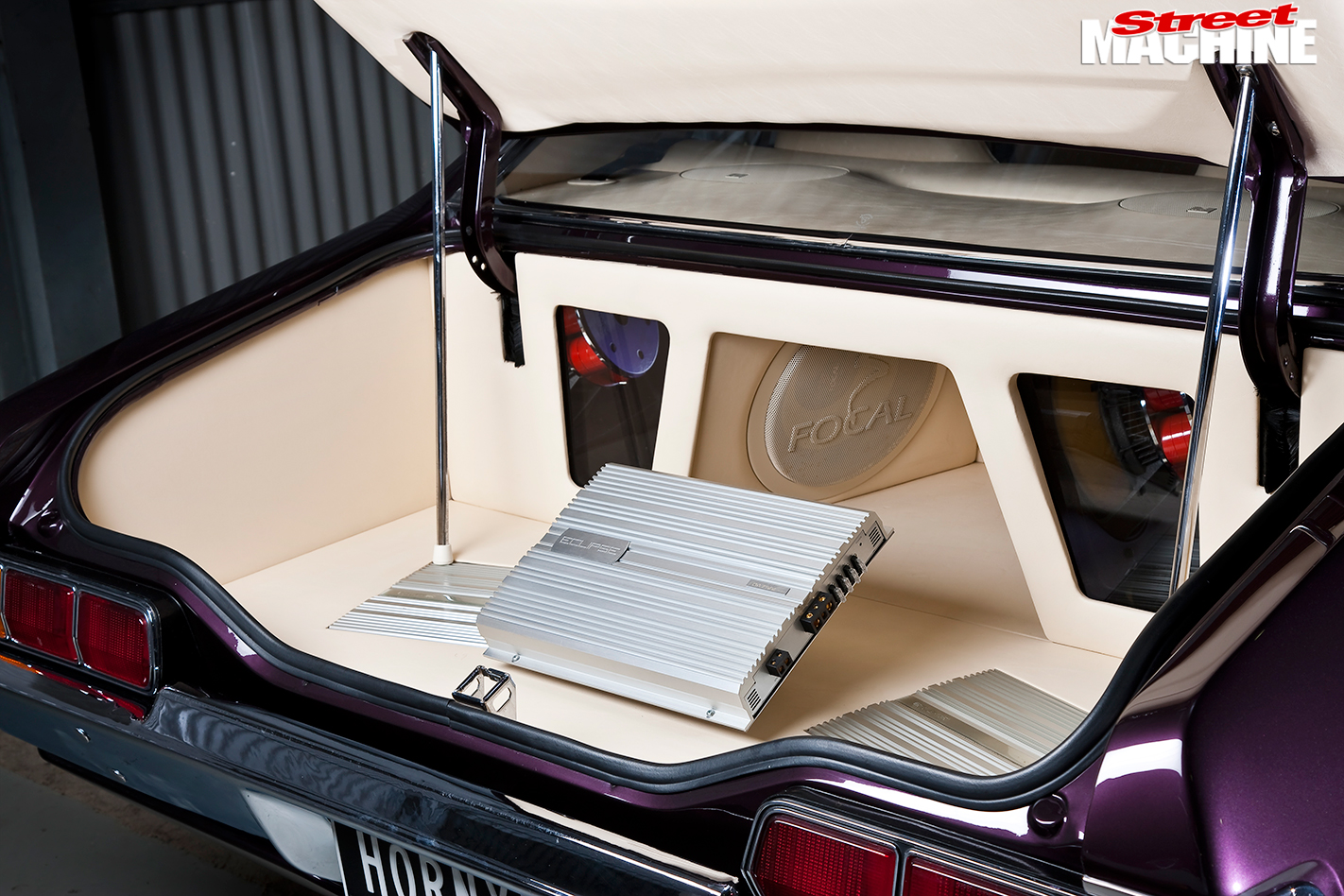 “A mate had an engineering shop but he didn’t want the high performance work, and Tony had plenty of mechanical experience.

“I’d never built an engine before so I gave him a hand. I was interested, so I helped where I could, doing all the shitty jobs like balancing and washing while I let him screw it all together.” 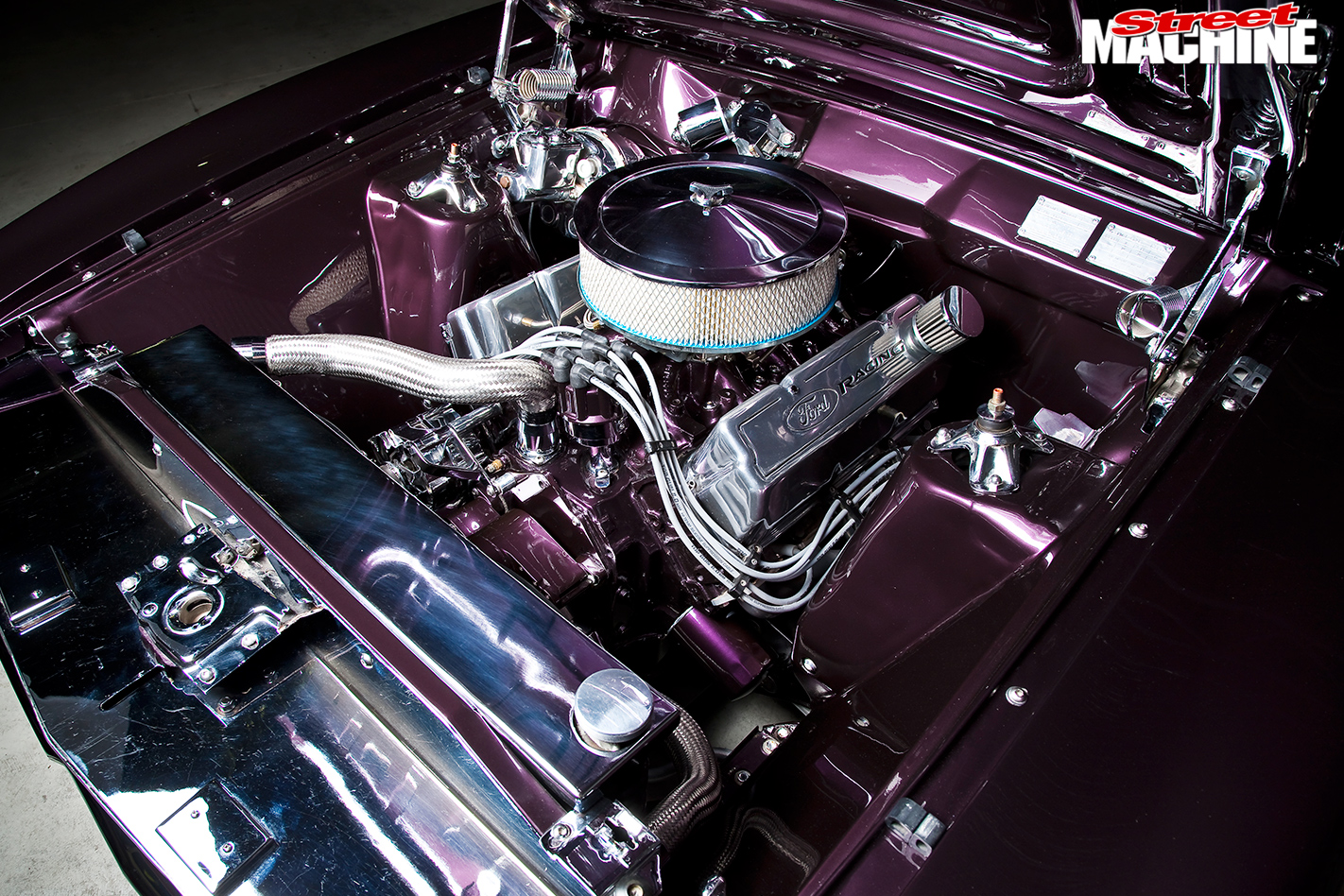 Some 10 years old, the combo is simple when compared with what’s on offer today. A cast Cleveland block accepts a Scat crank, Manley rods and Wiseco pistons. Heavily worked 2V cast heads now run a compression ratio that David estimates is in the high 11s — enough to need a diet of avgas.

“I got it back together and did a wedding with it, then decided I wasn’t happy with the quality of the paint. I also wanted a leather interior, so I rang Shane at Southern Rod & Custom in Deniliquin and asked who they’d use. He put me on to Rod Lingard — I’d never seen any of his work but he came with a good recommendation.” 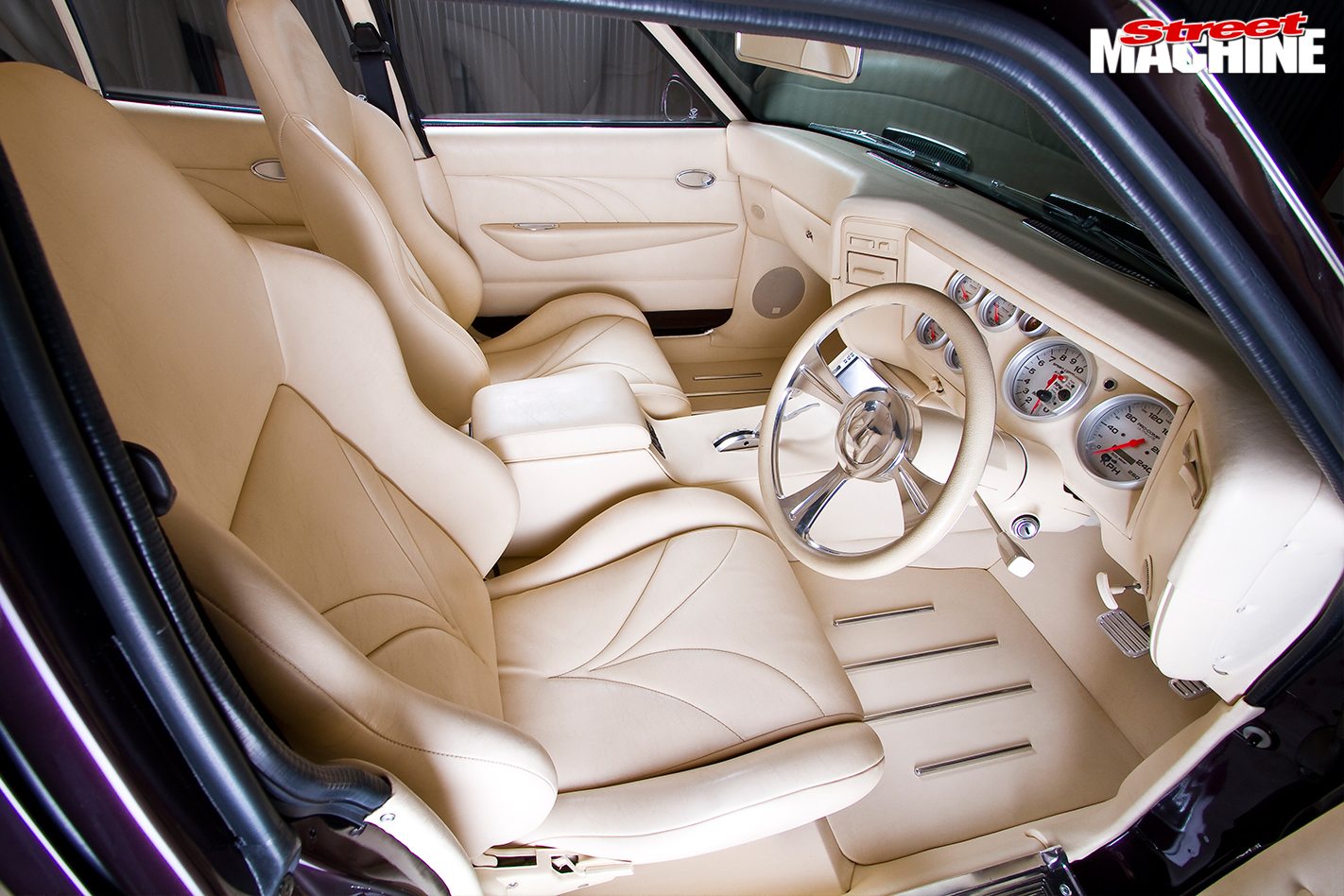 Truth be told, David had just lost his licence and was tired of people picking apart the quality of his pride and joy, so he bit the bullet and the journey from neat street car to out-and-out street machine began.

The car was dropped to Lingard’s shop, Hot Rod Trim, in Shepparton and the interior has remained largely untouched between builds. It wasn’t just Lingard’s prowess with the sewing machine that David would come to value, though.

“After painting it for a second time I still wasn’t happy, so Rod recommended I go see Greg at Maskell’s Customs & Classics.” 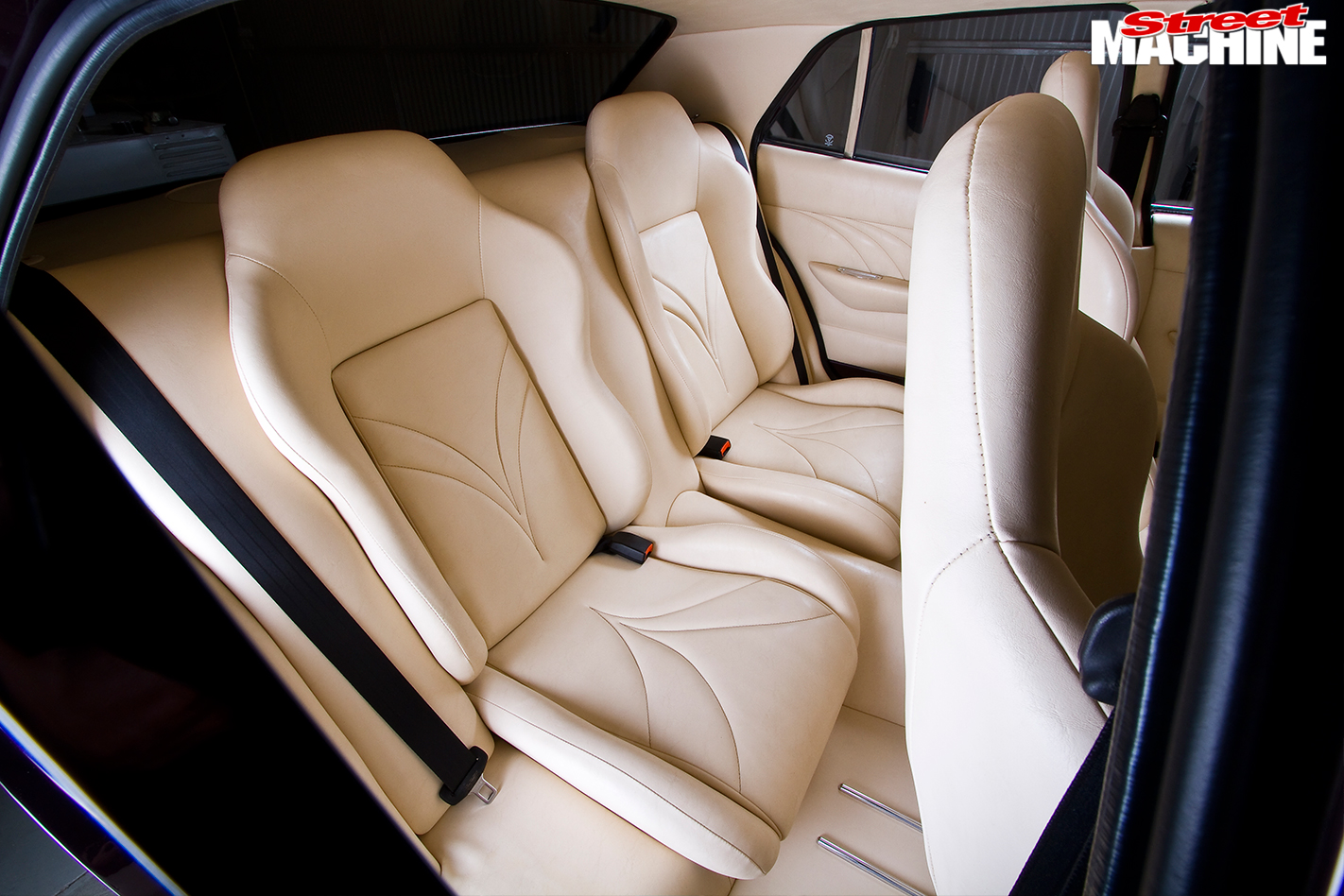 They’re responsible for this, the third paint job of the car’s life, which carefully chases every knife-edged body line and gently envelops the curves of the XB.

Leaving the vehicle 400km from his base in Mildura at Maskell’s in Shepparton wasn’t something he took to lightly, but it was well worth the separation anxiety.

“There’d be in excess of 300 hours in the bodywork. I spent a week down there working on the car,” David says. The result of the time spent perfecting every square inch of the car, and the custom-mixed purple hue laid down over the top, is simply breathtaking. 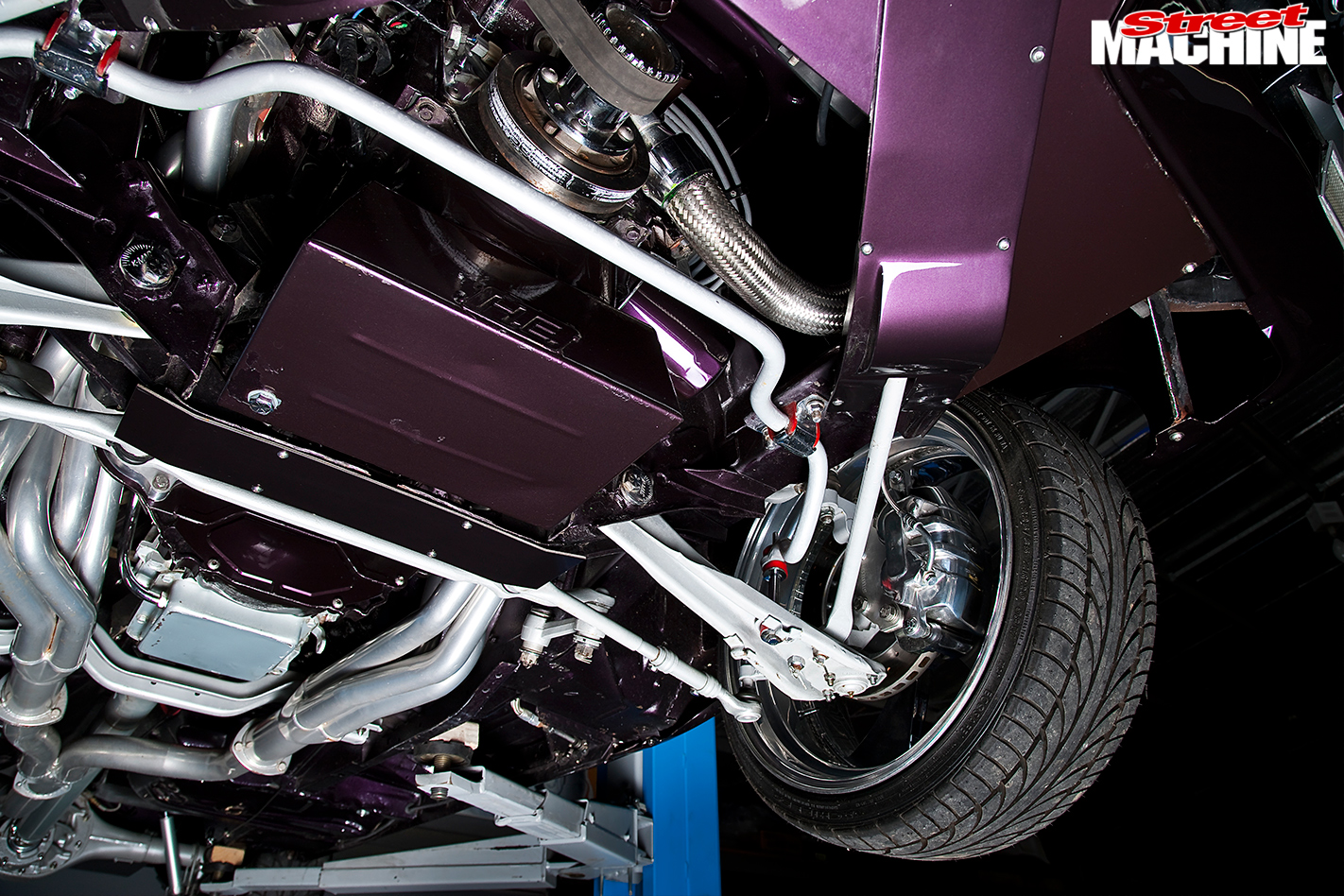 A lot of the car’s presence can be put down to the ride height, which as David explains wasn’t a matter of bolting up wheels and off-the-shelf springs. The front end rolls on 1in lowered King Springs and custom 90/10 shocks but the biggest chop comes from the 2in drop spindles.

Not that they were a simple bolt-in: “With the spindles, the brake caliper moves to the front of the wheel instead of the rear so we had to use BA calipers, redo the brake lines and cut the bolt-on panels around the firewall to suit the big wheels.” 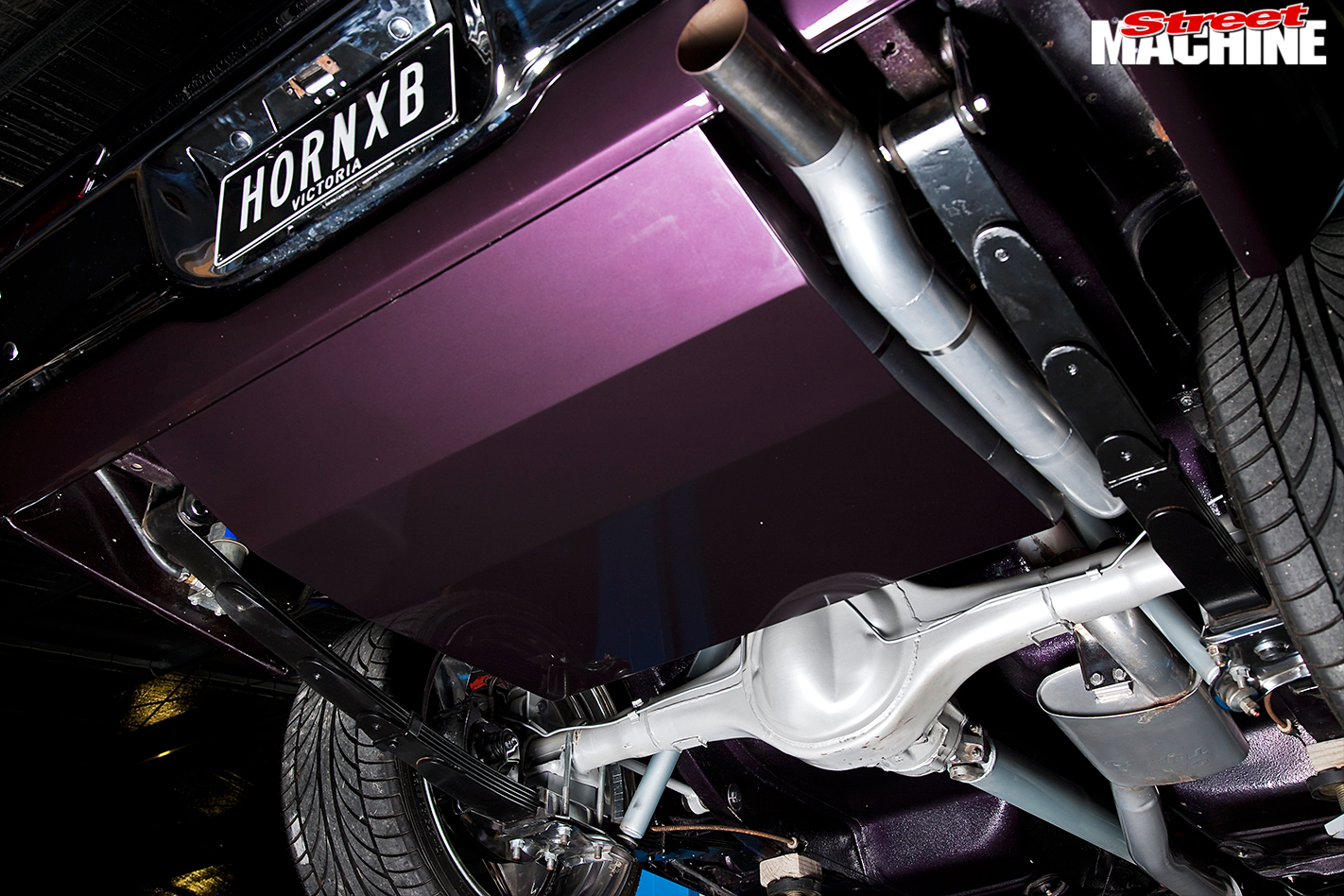 The rear is far simpler, with reset leaf springs accounting for the drop in ride height.

“I’ve only really done the bigger shows in it,” David says, and he has two Summernats Top 60 spots and a trip to MotorEx to boast for his efforts. It was prepping prior to going to MotorEx that drew his attention to the undercarriage and inadvertently created the cover for the fuel tank. 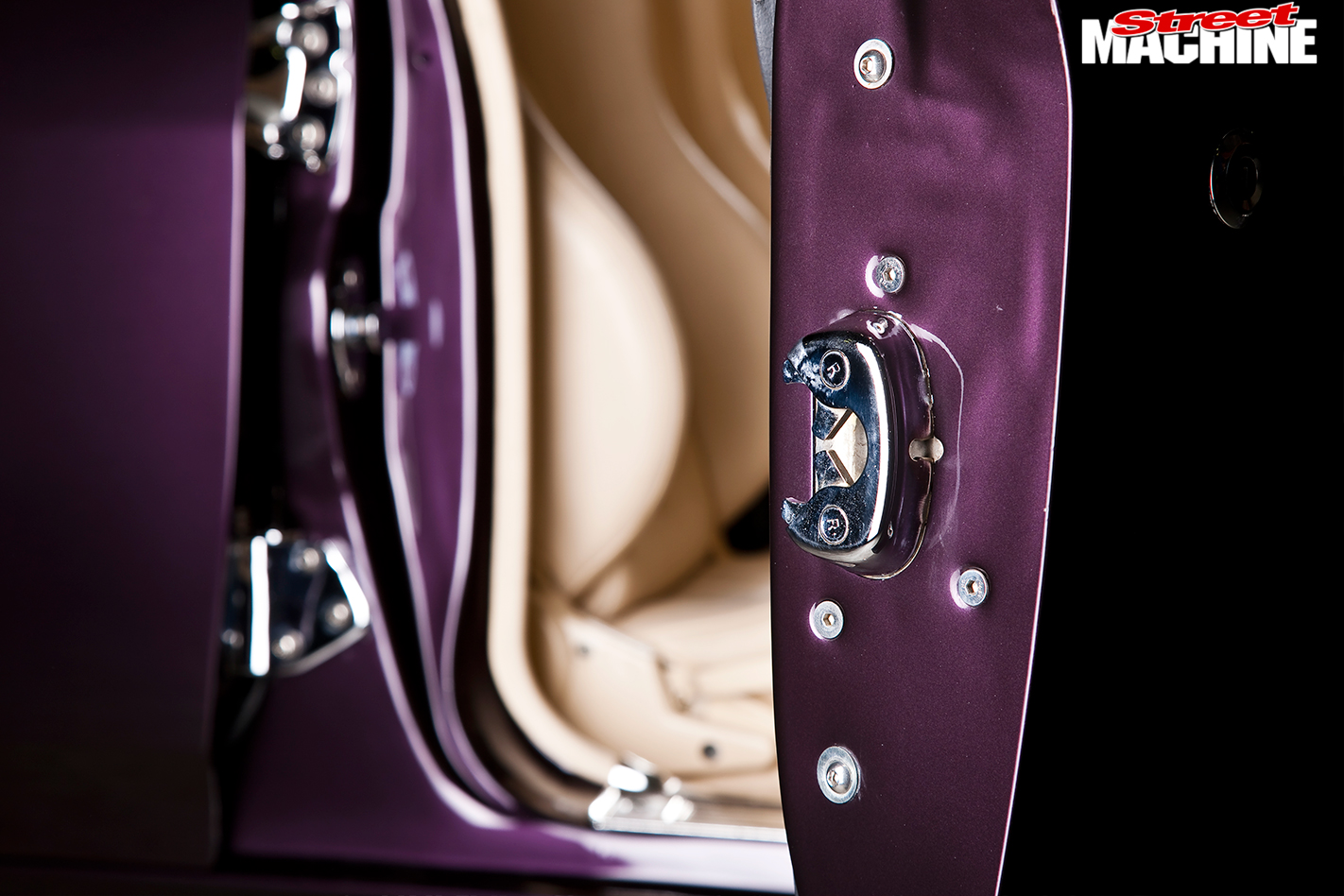 “I tidied underneath early on in the build by hanging the car from the shed ceiling and getting in there with the wire wheel,” he says casually. “Then, when I was cleaning it for MotorEx, the car slipped off the jack, leaving a nice big jack imprint in the tank. I wandered around cursing for a few days then decided to cover the fuel tank so no-one could see the damage!

“There are still things I’m not happy with, but I’ve taken the advice of a good friend — it’s just time to drive it.” So now the XB is on street duties.

“Hopefully we’ll do more driving events at Summernats, and I really want to take it to Bathurst and drive the Mountain. I’m just going to enjoy it!”