For all the LS-powered street beasts in our pages strapped with blowers and turbos, it’s easy to overlook the fact that the humble LS can be a very capable piece under its own steam, without any means of artificial aspiration.

This article on Pepi's LH Torana was originally publsihed in issue no.4 of Street Machine LSX Tuner magazine

Pepi Milan has forsaken forced induction with his LH Torana build; instead he had Power Torque’s Shane Alex put together a stout aspirated 427-cuber for the car.

Pepi’s Torana doesn’t hang about, having run as quick as 9.8@136mph over the quarter. It’s also claimed plenty of scalps in off-street, no-prep events, along with an event win and a couple of runner-up finishes to boot. “We’re still playing around with the converter, but it should have a 9.40 in it once we’re on top of it,” he says. “I’ll be happy even if it ends up in the 9.5s.” 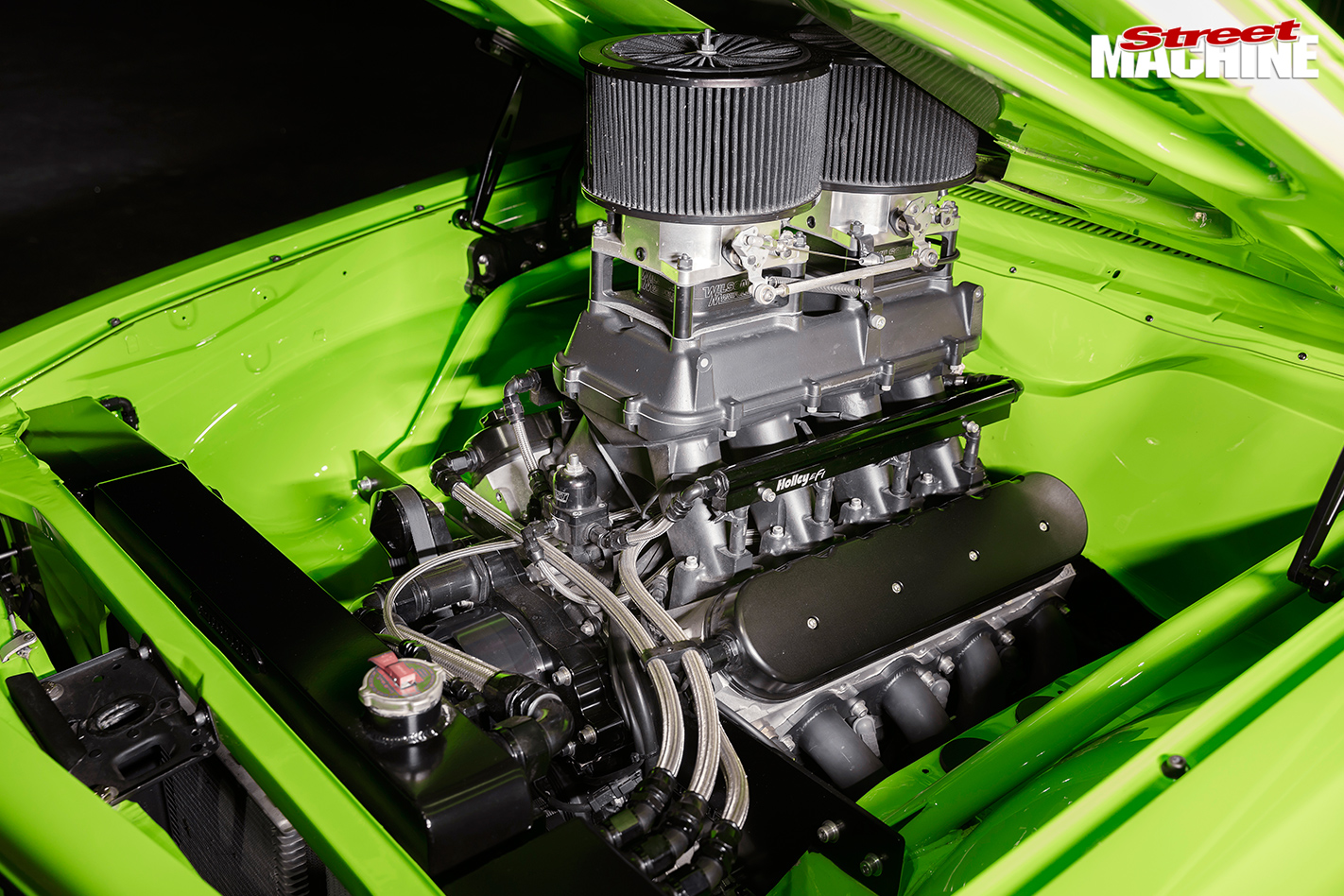 Pepi bought the car six years ago, then let it sit while he stockpiled the cash to put it together. When the time came, he enlisted a chassis builder to tackle the fabrication work, but when he picked the car up there wasn’t much in the way of good news. “The work was terrible; it was rough as guts,” he says. “I put the car away again for a while after that, because I just couldn’t be bothered. Then I started to see a few cars from Spot On Performance floating around, so eventually I decided to go and chat to them.”

The pre-existing work done to the car was so sub-par that the first order of business for the team at Spot On was to hack it all out and start again from scratch. In just under a year they took the Torana from the train-wreck it was to what you see today, project-managing the whole process and performing a host of fabrication work, including the tubs, four-link rear end, engine plate and custom headers. They also handled the final assembly, and handed Pepi back a turn-key car that was ready to get down on the street and strip. 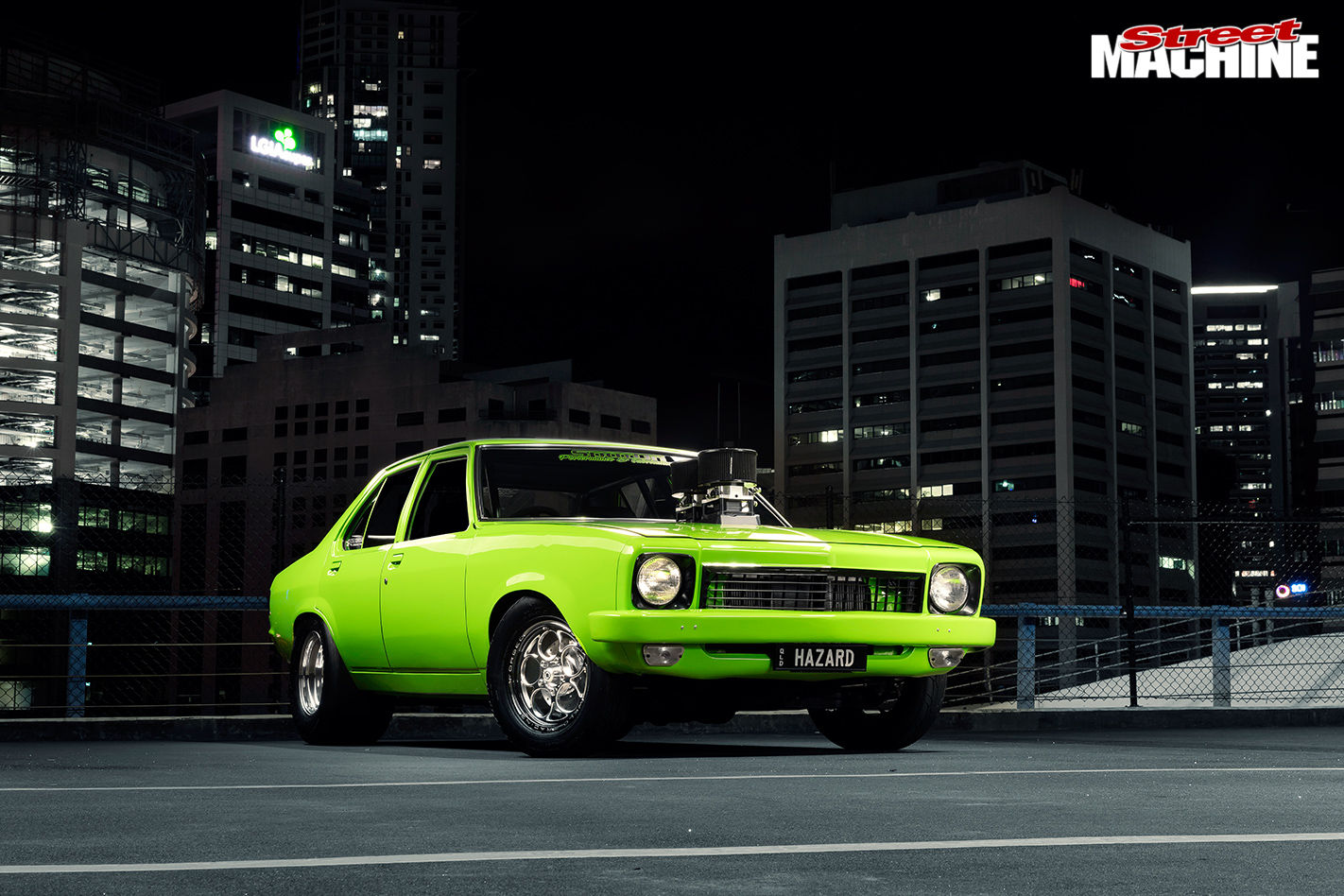 The engine is good for an impressive 783hp at the flywheel – over 1.8hp per cubic inch, naturally aspirated and on pump fuel. It runs a Callies crank, Compstar rods and JE pistons down below, with LS3-style heads topped with a Holley EFI Hi-Ram inlet manifold and twin 1150cfm throttlebodies. The specifications of the Camtech cam are undisclosed, but suffice to say it gets the job done.

The gearbox is a Mike’s Transmissions Powerglide from the States fitted with a 5000rpm converter, while the rear end is a 35-spline nine-inch with 4.11:1 gears, suspended in a custom four-link, with Wilwood brakes, Weld 15x12s and meaty 325/28/15 Mickey Thompson hoops fitted to either end.

“We had trouble with it wheelstanding too much to start with, but now we’re running these awesome Gazzard Brothers shocks, and it’s doing 1.3-second 60-footers,” Pepi says. With such a good grip on the earth and a well-sorted suspension system, it’s no wonder Pepi fares so well in heads-up, no-prep events. 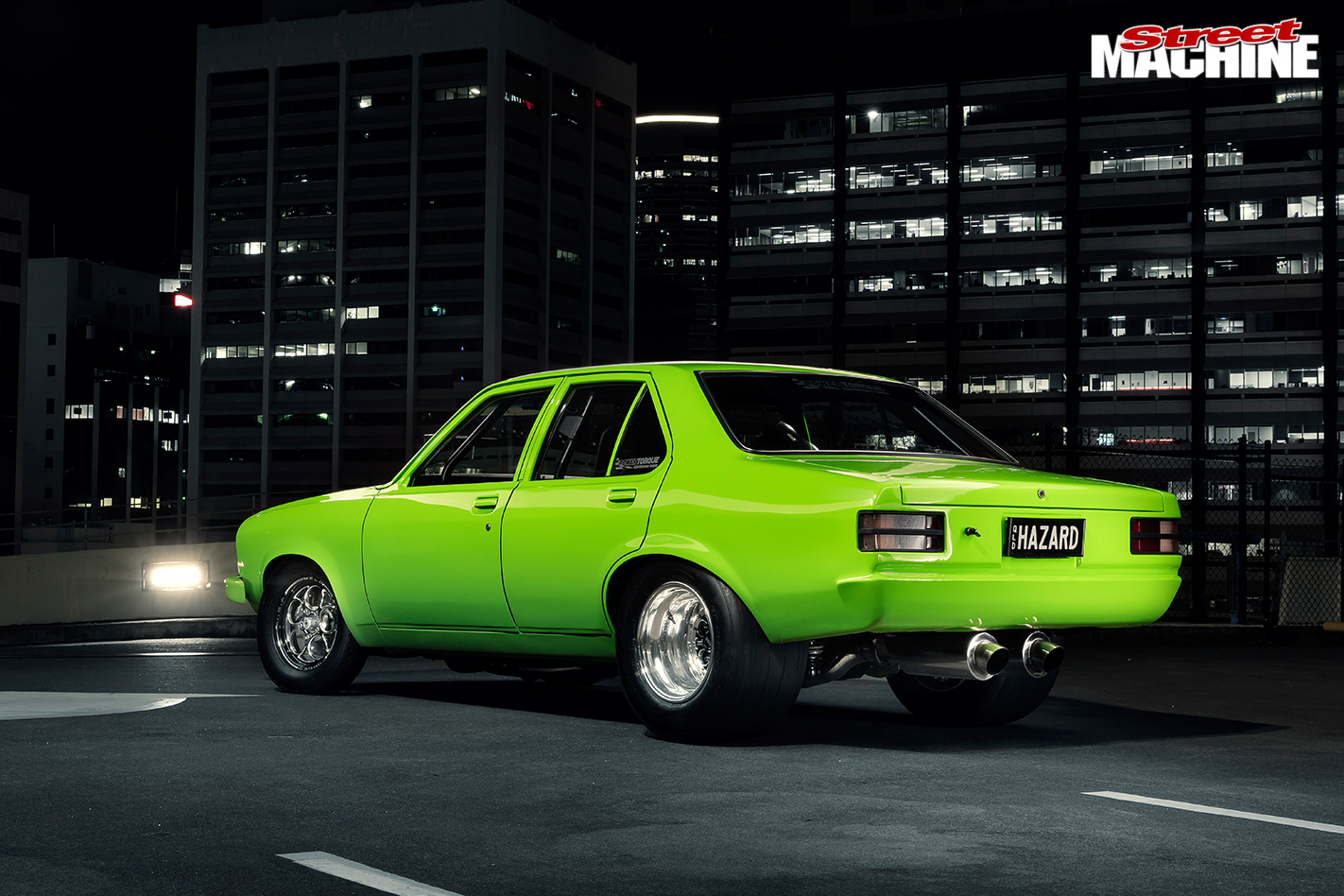 Coated in custom-mixed green paint with black Weld Magnums and a supremely tough stance, the car looks killer. Stepping inside, Kirkey race seats and custom door cards are trimmed in diamond-stitched black leather. “My development company has a Bentley with diamond-stitched leather, so when I took the Torana to the trimmer I told him I wanted the same look,” Pepi explains. There’s an eight-point ANDRA-spec rollcage, which, along with a TCI shifter, Auto Meter gauges and a bunch of trick accessories, really helps nail the race-inspired look.

Pepi drives the car on the street every other weekend, races the wheels off it, and hits up plenty of events, making the Torana a true all-rounder. “Yeah, I drive it all the time,” he confirms. “Any chance I get to take it for a cruise, I’m there.” 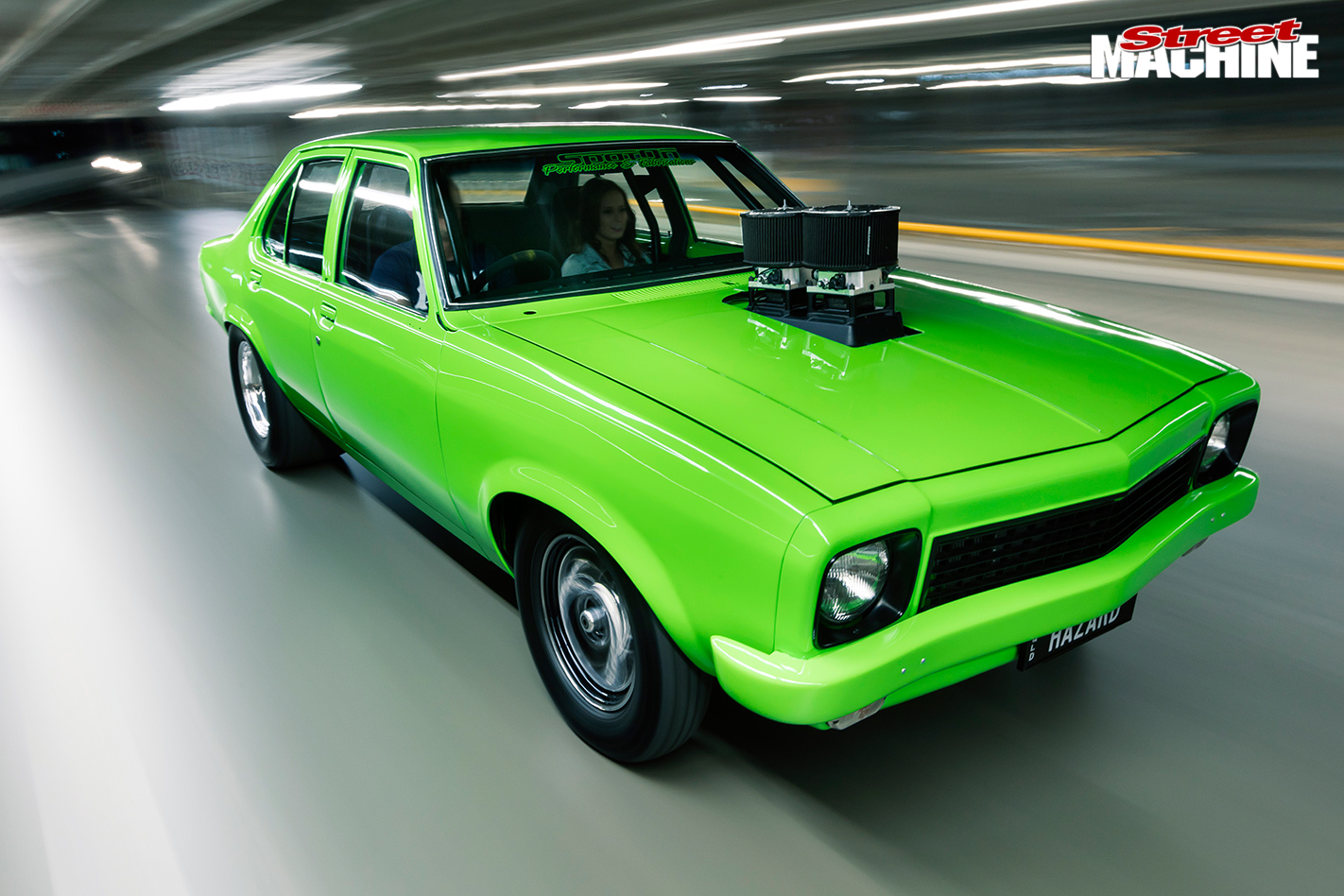 Single-digit passes in a regularly driven, naturally aspirated pump-fuel streeter is quick in anyone’s language, but once Pepi has squeezed the most out of the car in its current state of tune, some chemical enhancement is on the horizon. “I’ve got a nitrous kit and Holley Dominator computer for it, which will go on at the end of the year,” he says. “Then we’ll aim for the eights.”

Following on from that, the next chapter for Pepi involves a Torana hatchback, which is currently sitting in the shed alongside the sedan. It’ll be a father-and-son project, and Pepi assures us it’ll be quicker and tougher than his current toy. We can’t wait to see what he does with it.