Armed with 479 thumping cubes of a Keith Black all-aluminium big-block V8, the SLR 8000 stencils on Howard Bell's legendary Holden LX Torana are by no means a misprint

Howard Bell’s street machining philosophy is ‘only the best will do’. And as far as his three-times-rebuilt SL/R Torana is concerned, this translates to “don’t spare the cash”. Howard’s poured his heart and soul, plus a cool 90 grand, into this rebuild! 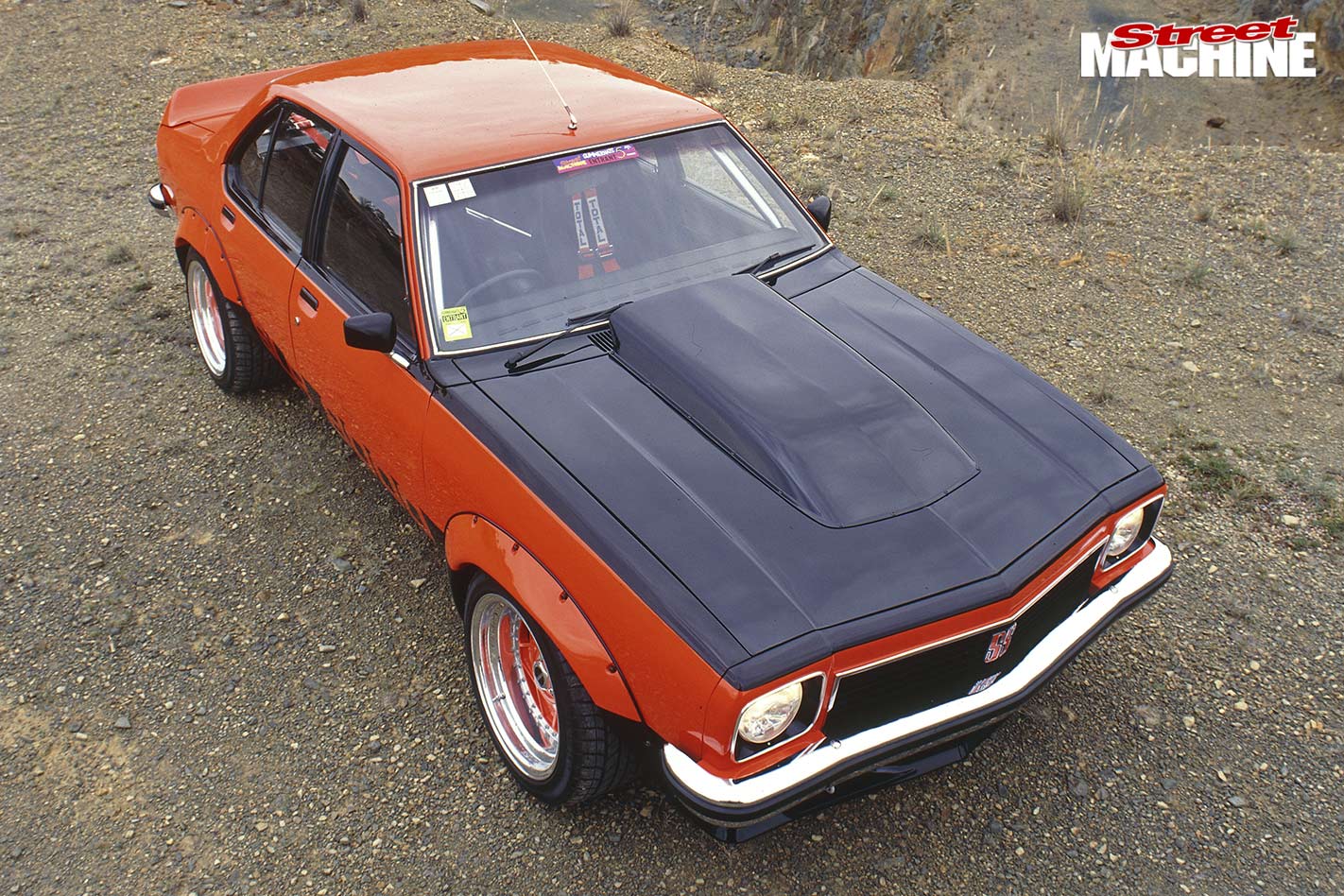 Back in 1976, a brand spanking SL/R 5000 rolled off the line with Howard’s name on it. He wasn’t prepared to leave it stock for too long, so the first thing he did was tweak the standard 308 a little. Then there was some more serious work involving plenty of L34 bits. Then he chucked the 308 and bunged in a turbo six. How’s that for radical?

By all accounts the force-fed six was a screamer. Unfortunately the high output meant it was also a potential time bomb, which periodically went off – even stuffed full of Carillo rods and other bits of hi-po hardware. And Howard wasn’t all that impressed by a small but vocal minority, too. Howard: “Some blokes used to say ‘it’s only a six!’ as if that meant it wasn’t worth looking at. I probably had more rear-wheel power than most of them put together. Anyway, they can’t bag it now.” 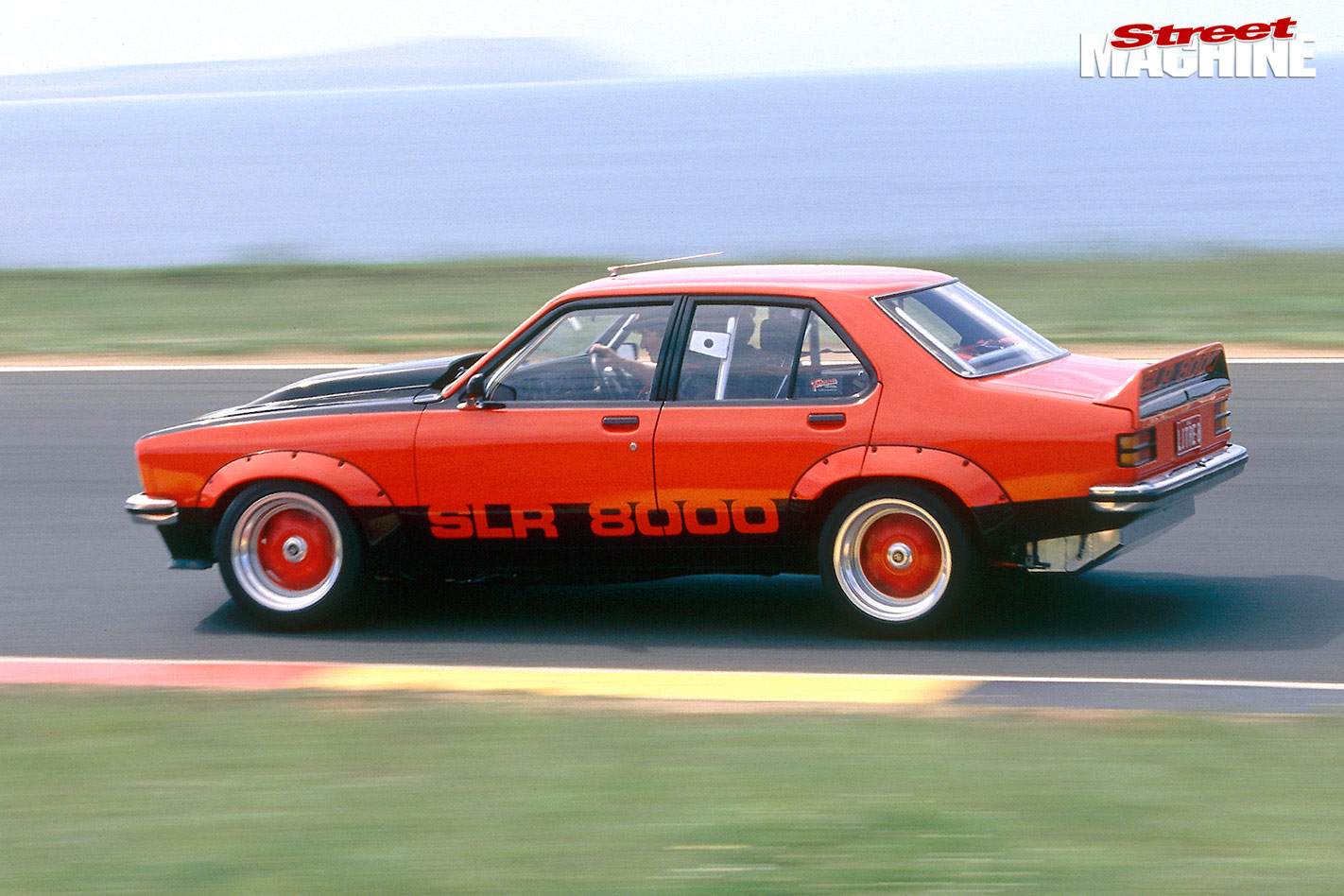 They certainly can’t. Under the bonnet is the biggest, baddest, bentest eight of all. We’re talking about one of Keith Black’s all-aluminium big blocks here – 479 thumping cubes of it. Check out the sides of Howard’s SL/R: those SLR 8000 stencils are by no means a misprint.

An LS7 big-block was originally on the drawing board, but its weight put it out of contention. Weight distribution was an important design constraint for the project, because Howard circuit races the SL/R at club events and drives it regularly on the street. 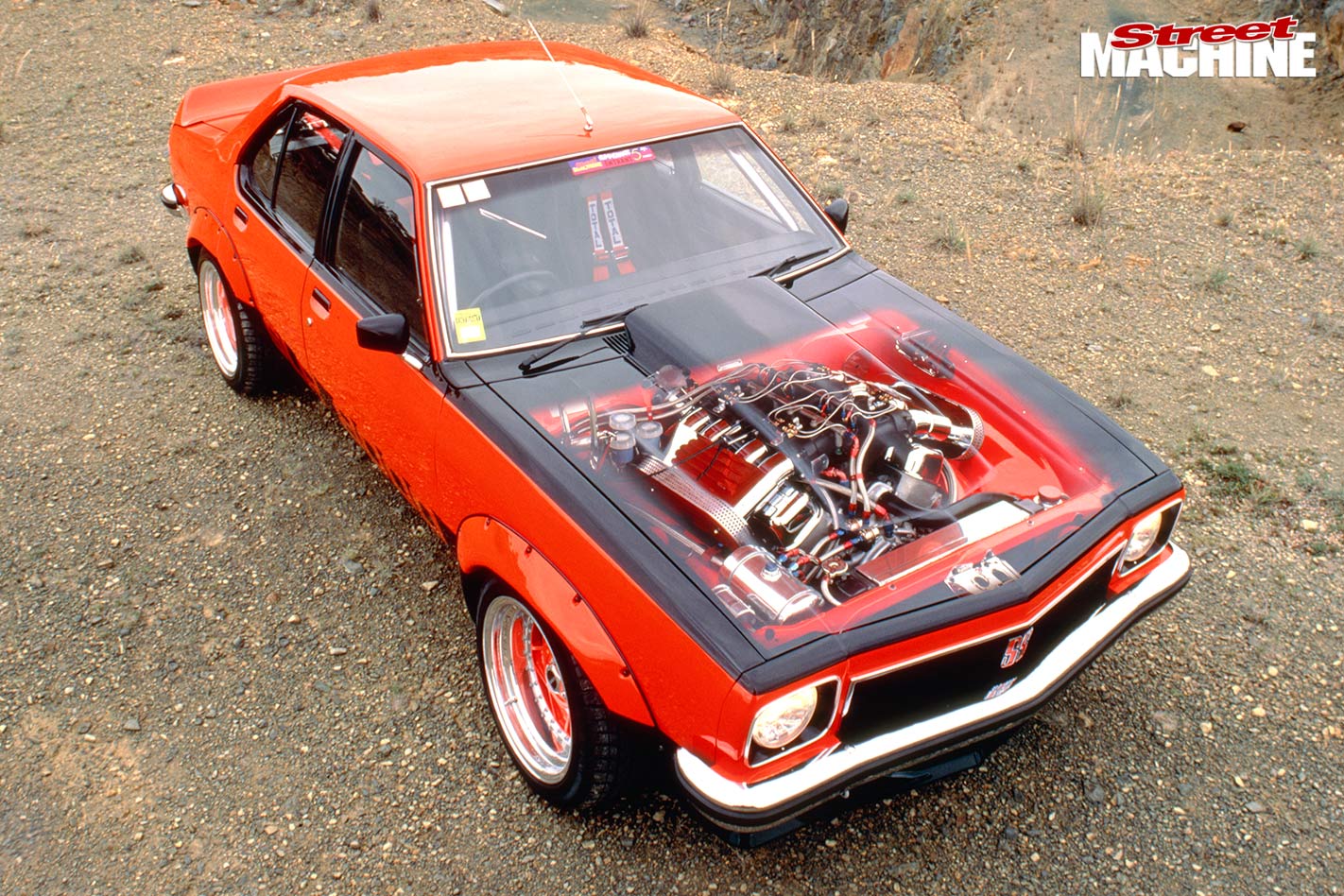 The capacity is what allows this monster to deliver levels of power that would make most small-blocks absolute bitches to drive on the street. What sort of power? Well, although it’s not yet been dynoed, the consensus is that 700 horses should be a minimum expectation. Howard assures us that it’s very tractable, too: “1600rpm in fifth on the street is no problem”.

There’s no such thing as a stock Keith Black mill – they’re all purpose built. Victoria’s Nankervis Performance is responsible for making this one street driveable. The bottom end contains a Cower forged steel crank with a 3.76-inch stroke coupled to Crower forged steel rods 120 thou oversize. Crower high-tensile bolts keep the rods and crank coupled. Pistons are forged JE full floaters with JE tapered pins. Together, the rod and piston combo produces a healthy 12.2:1 compression ratio. Keeping it pressurised isn’t a problem thanks to the latest hi-tech advance in piston rings – plasma ceramic coating. 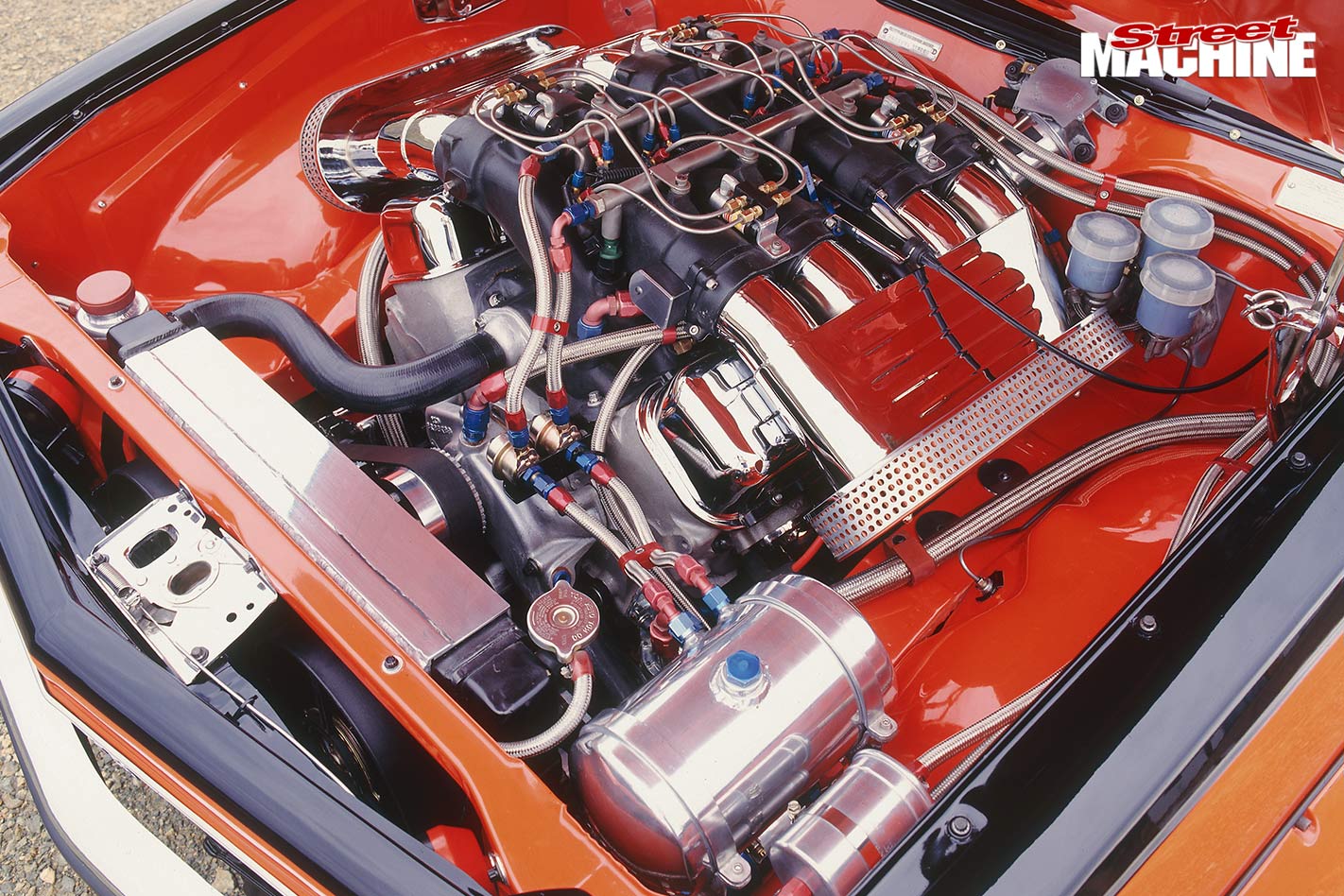 Sitting just under the bonnet scoop – it may look stock SL/R scoop but nope, it’s five inches longer – is the MoTeC II EFI system fed by a Holley high volume mechanical pump. Howard reckons that big blocks are already shoe-horned into Toranas, but the Kinsler cross ram manifold “fills up the engine bay nicely”. Even Ray Charles would spot that manifold miles away, so we’re inclined to agree. 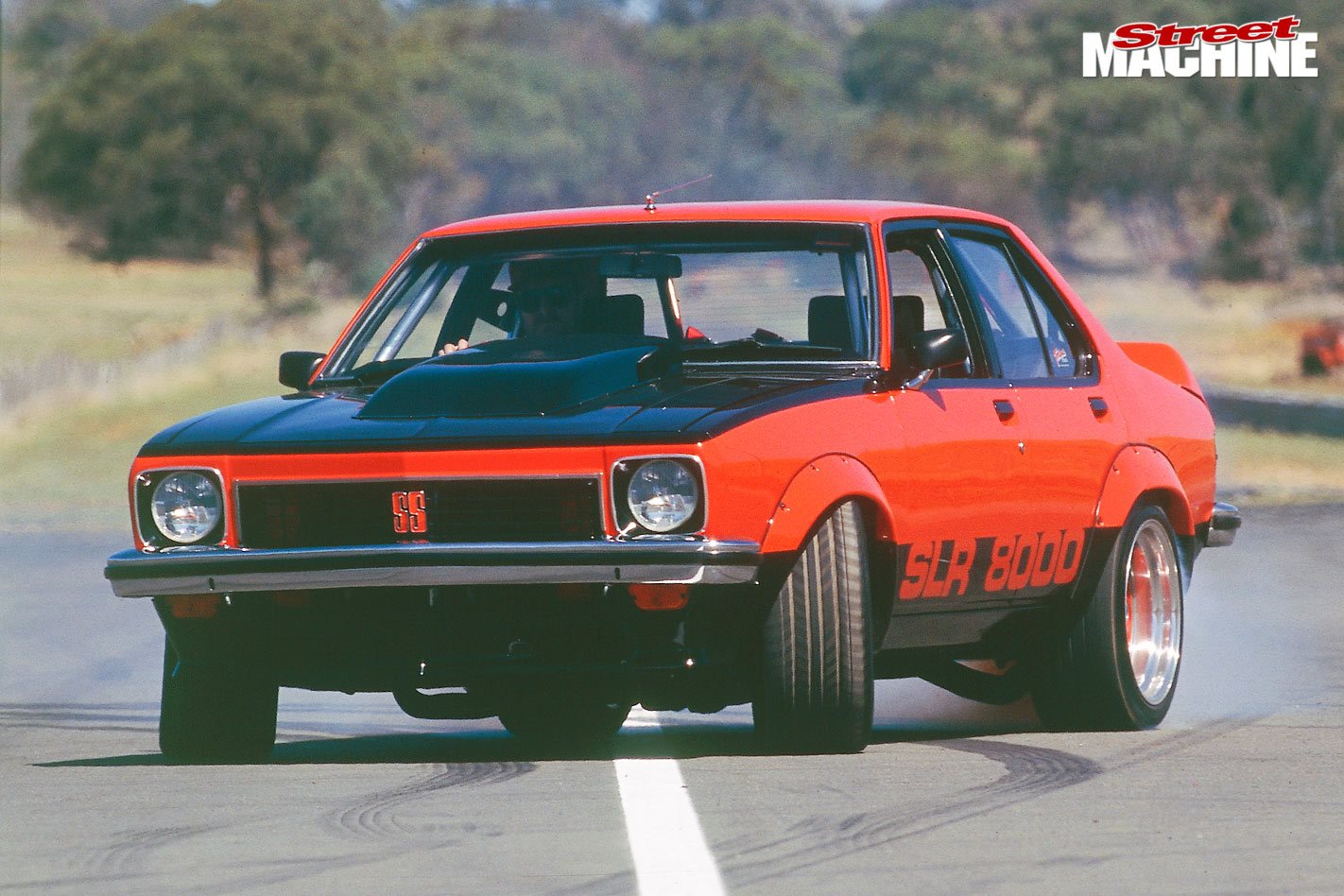 With 479 cubes producing bulk exhaust at full song the custom headers use 2-inch primaries, each 37 inches long, dumping into a dual 3-inch system with Flowmaster mufflers. Scorcher electronic ignition, and all wiring has been concealed by Eastside Electrics’ Ian Graham. 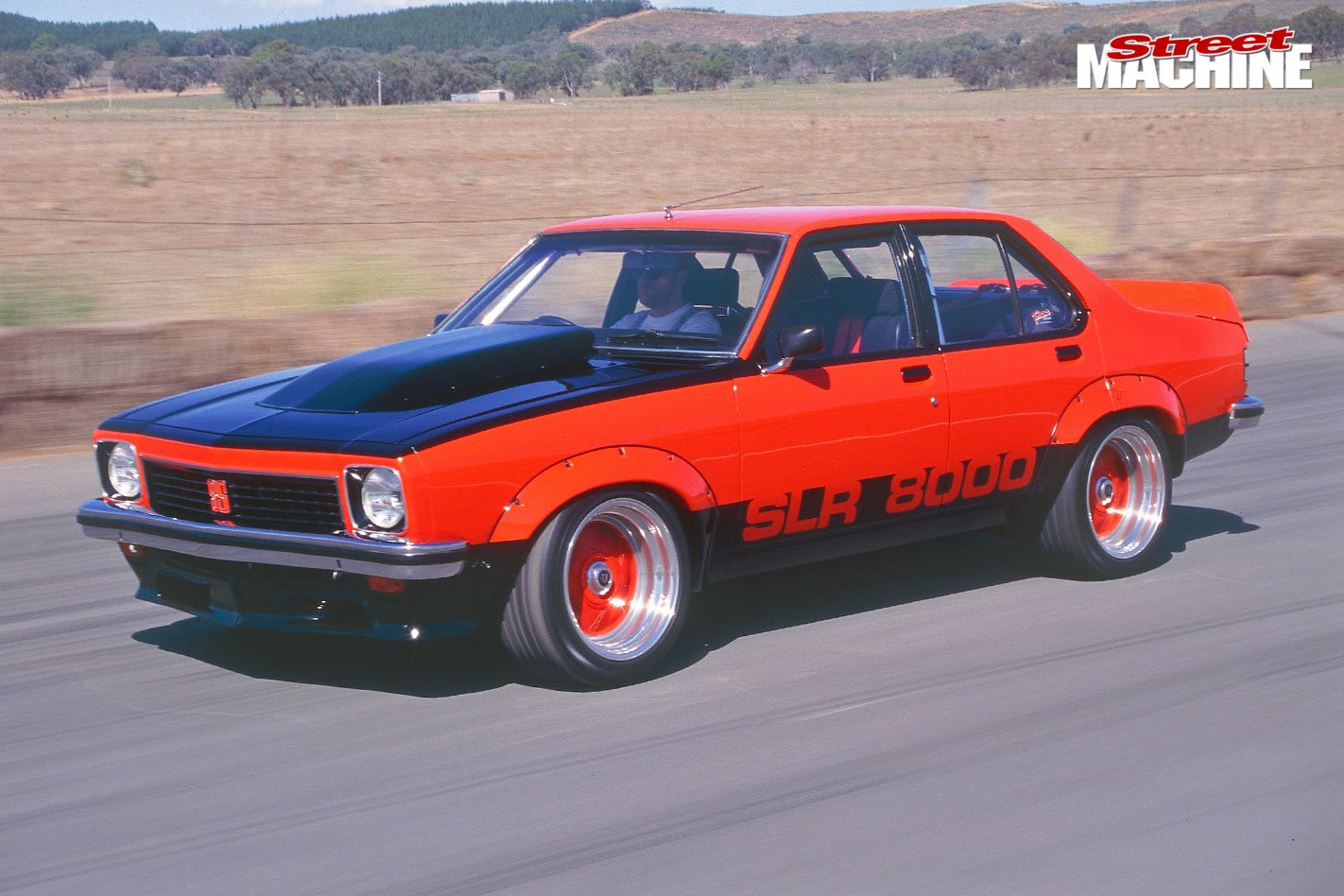 You don’t normally see autos on a race track, so Howard went for a Hurst shifter and three pedals on the floor. Gearbox is a Doug Nash street 5-speed, driven by a McLeod 10.5-inch steel flywheel and McLeod twin-plate hydraulic clutch.

Brakes also have ‘circuit racer’ written all over them. Up front, Harrop 13.5-inch diameter ventilated and cross-drilled discs with Lockheed four-spot calipers, and 11-inch single pistons out back. A9X brake ducts improve braking performance even more. And if that’s not enough, there’s a Tilton balance bar so the driver can adjust front/rear brake balance while on the move. 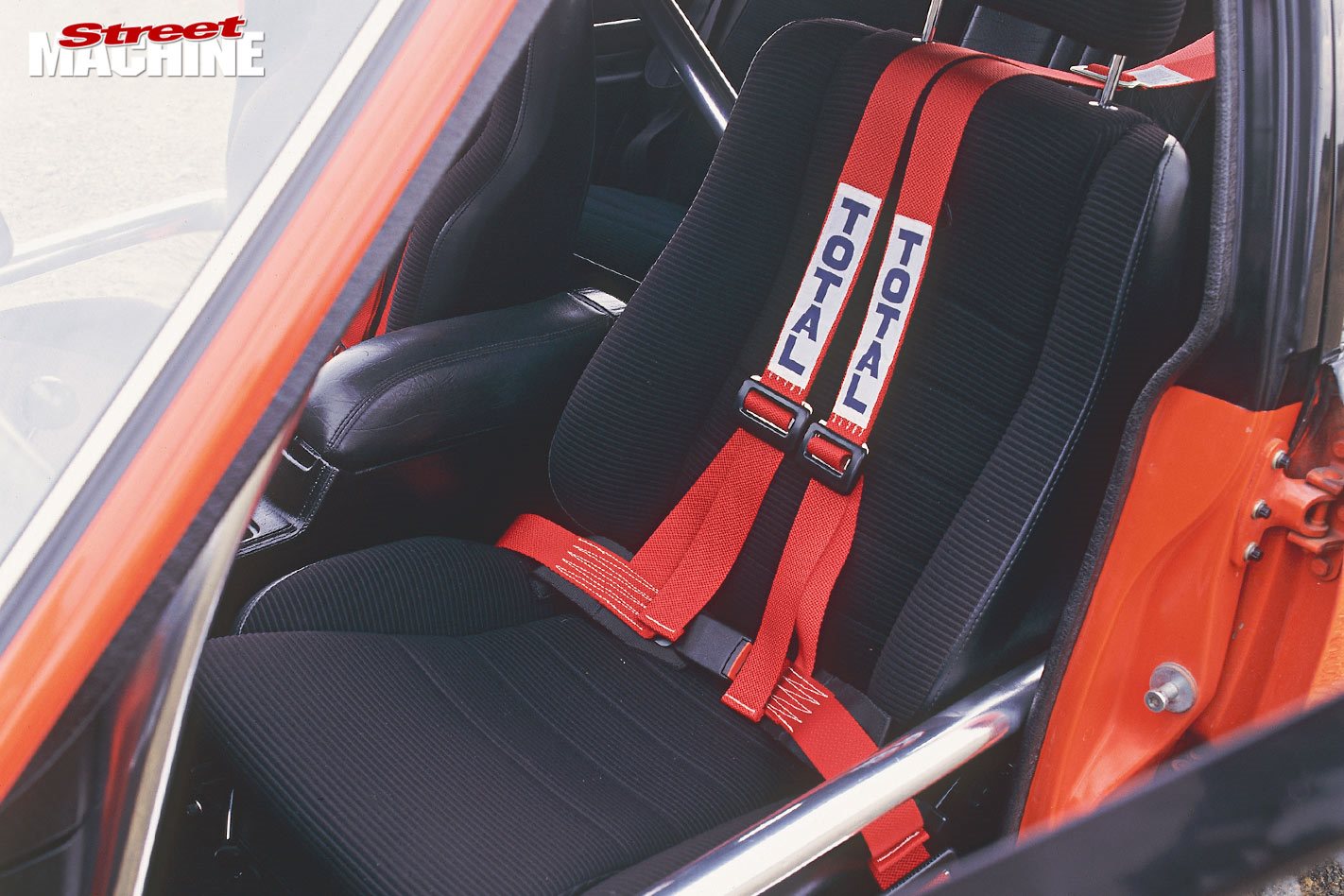 In the grip department, Pirelli P700Z 265/40 rubber is mounted on Compomotive 17x10-inch wheels. This car screams around corners!

Body mods are more than skin deep – 3mm plate was added to the front rails and 4x2in subframe connectors have been used. That’s in addition to the L34 bodykit. Believe it or not, only the nose and bonnet were resprayed – the rest is 1976 stock paint, apart from the cheeky side stencils. 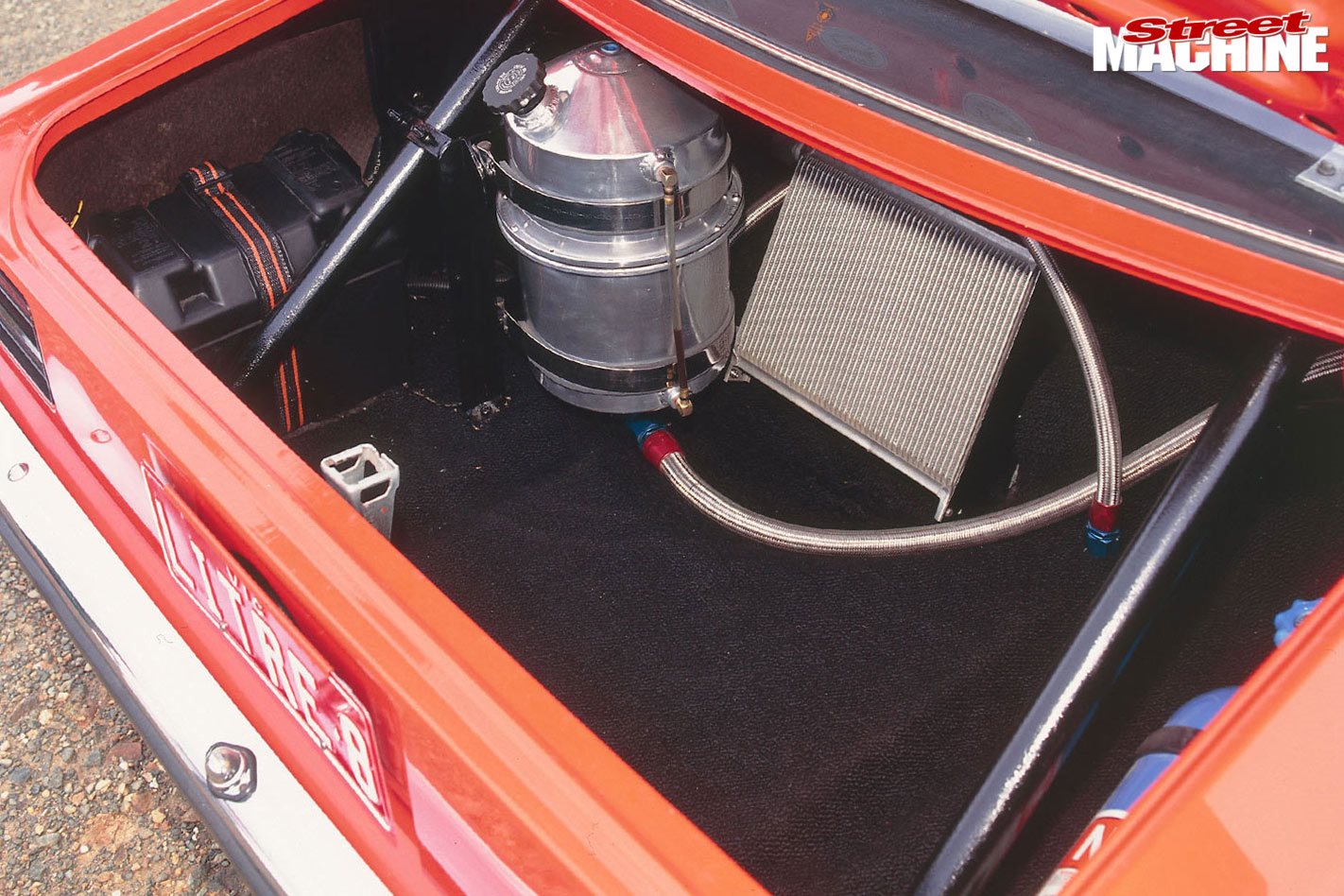 The driver and front passenger reside in Scheel seats. From this vantage point they can check out the custom black anodised alloy dash with its full complement of VDO gauges. Held firmly in place by four-point harnesses they can listen to the Sony 60-watt stereo, too, but probably only with the engine shut down.

It took two years to complete this rebuild, not to mention almost infinite patience and a truckload of cash. Howard’s got a small army of friends he’d like to thank for their help, and he assures us they know who they are. And just in case you have your eye on this very special Torana and you’d like to make Howard an offer, forget it. We don’t think he’s interested because his parting words to us were: “Mate, I’ll be buried with this car!” 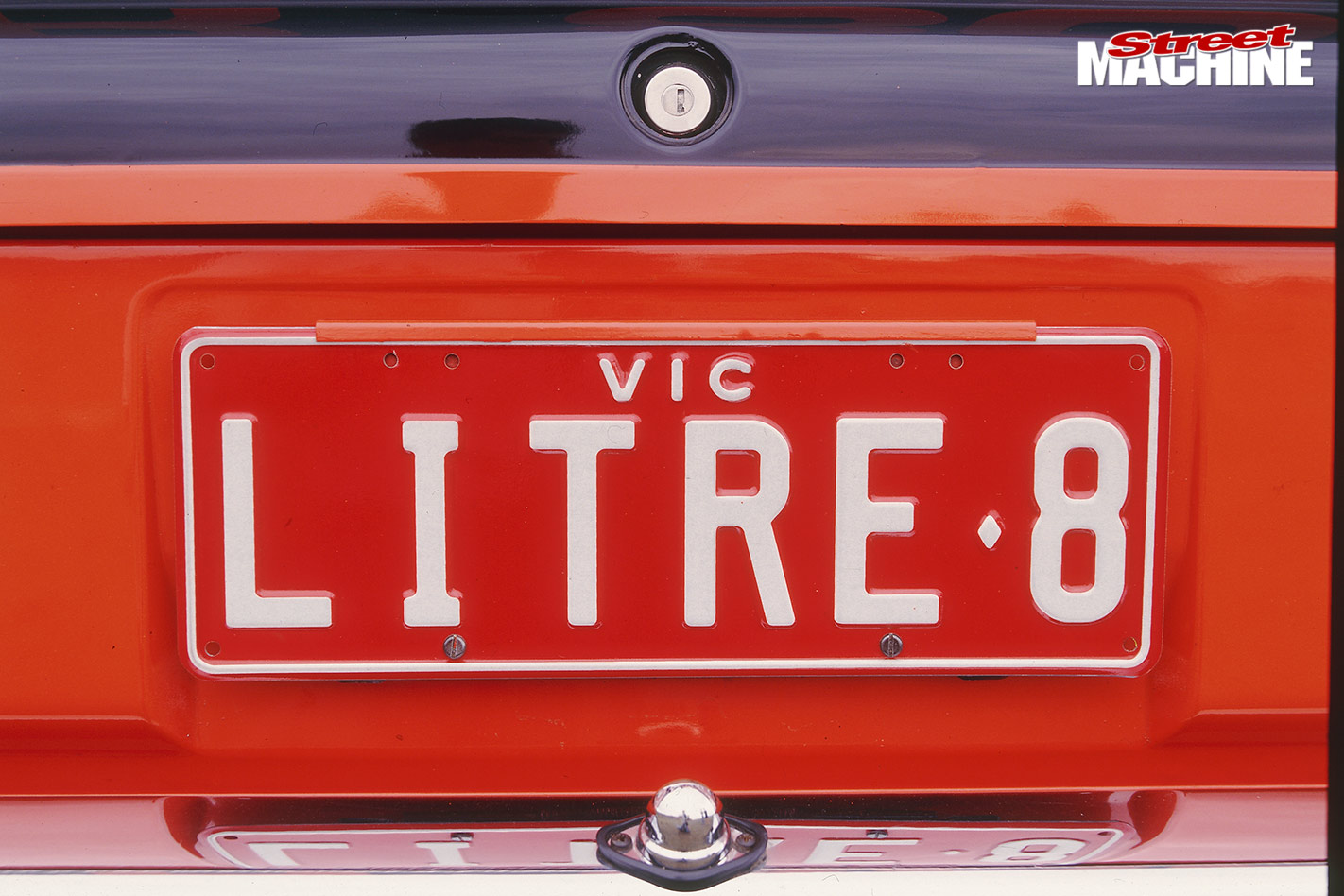 Cool info: With its monster all-alloy and MoTeC-injected Keith Black 8-litre V8, Bell’s is one of the most talked-about Toranas of all time. With comp-ready brakes and handling, it stopped and steered too