Scott MacFadyen's aim was to build a cool family cruiser that could cut 10s at the track. Job very much done!

AT THE risk of tearing the lid off the ‘what qualifies as a true street car?’ can o’ worms again, Scott MacFadyen’s LX Torana is a damn fine example of the breed. It’s a tough but not too radical street machine that looks hot, belts out quick times and is a practical Sunday cruiser.

Watch next: Scott's LX Torana at the 2019 Holden Nationals 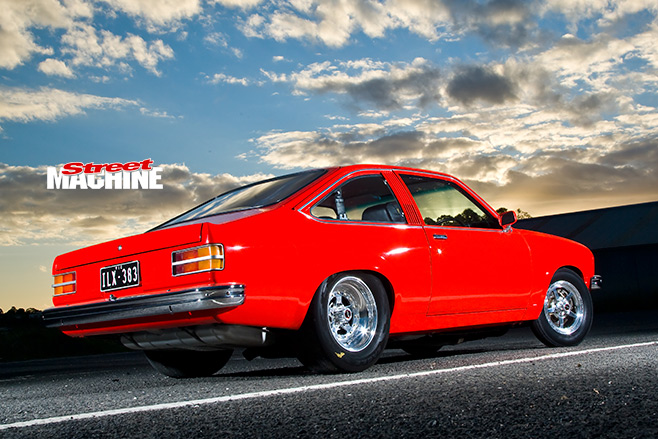 “The aim was to build a quick streeter that my wife and kids could cruise in with me, and to run a 10-second ET on radials,” Scott says. “I’ve achieved that and my family is never out of the car; any fine day, we’re out cruising.”

He bought the car because his nitrous 308-powered LJ coupe was no longer practical for his growing family. Three years on and his freshly built and untubbed small block-powered LX clocks 10s on radials, pump juice and a full exhaust. It races as driven to Calder, a 200km round trip. 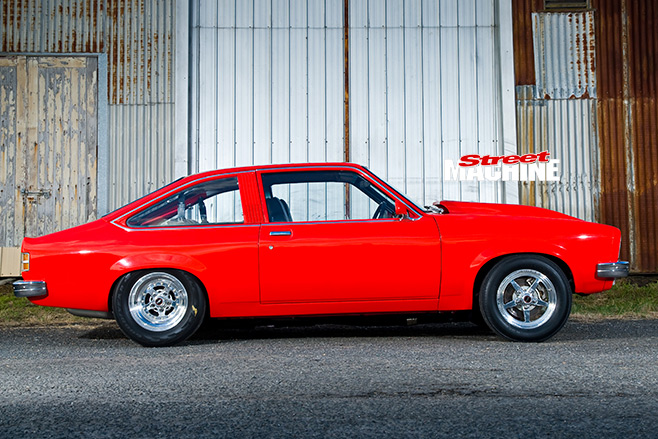 And the next day Scott and his young family can cruise to a local park for fish ’n’ chips — you’ve got to respect that.

Like so many other cars these days, the starting point for this build — a factory V8 ’78 LX hatch — was found on eBay. 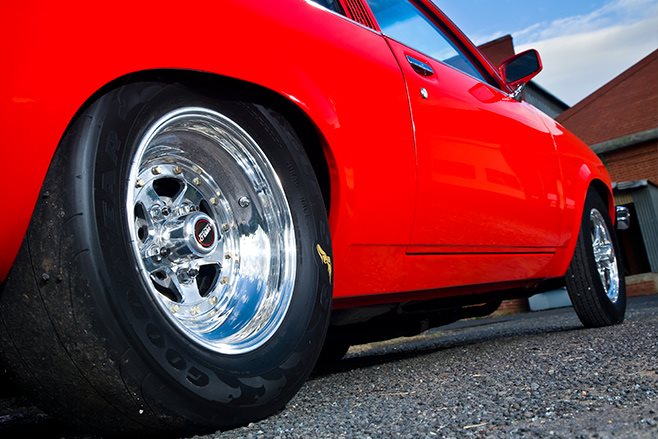 “I was disappointed the seller wanted to let the auction run its course. To my surprise later that day he’d added a ‘buy it now’ price. I couldn’t hit the button quick enough!”

The next day he and a mate drove to South Australia. 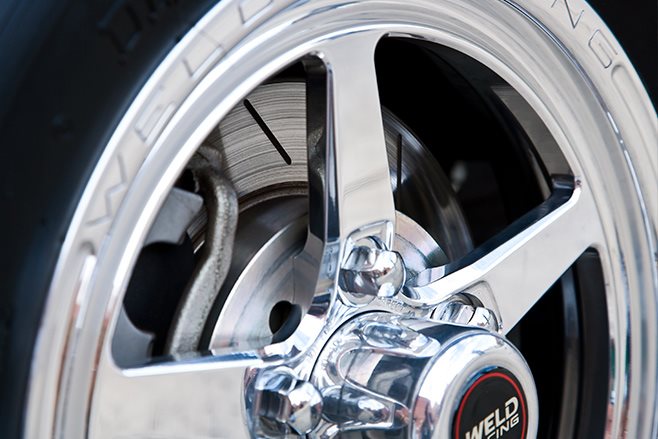 “It was actually the bloke’s first car and he’d owned it since 1984. Fresh petrol, tranny fluid and a battery pack was all it took to fire the old 253 up. He couldn’t believe it when we drove it onto the trailer. He stood there watching until we were out of sight — he genuinely loved the car.”

Courtesy of SA’s more liberal registration laws, Scott had the seller put three months’ rego on the car despite the fact that it had lapsed five years prior. He then threw a couple of wheel cylinders and a water pump at it and serviced the Trimatic, gaining three months of faithful road use out of the old girl before pulling her down for a rebuild. 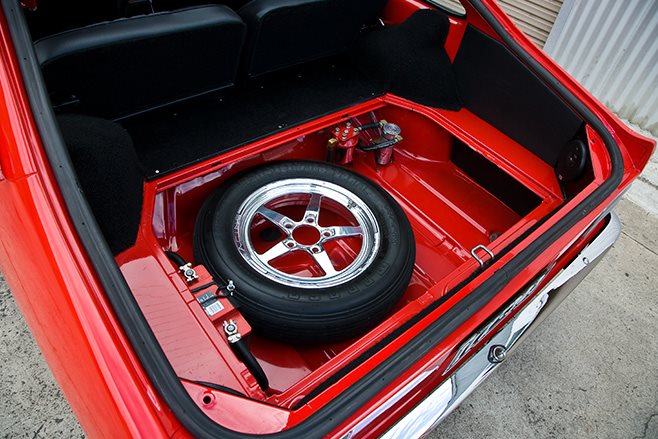 A solid unrestored LX hatch is a rare find these days but Scott was pleasantly surprised by the lack of rust in the car. His mate Mark Drew (of LC434 fame) got stuck into the engine bay and added a four-inch reverse-cowl scoop to the bonnet, before handing over the body and paint duties to Scott’s dad, Allen. 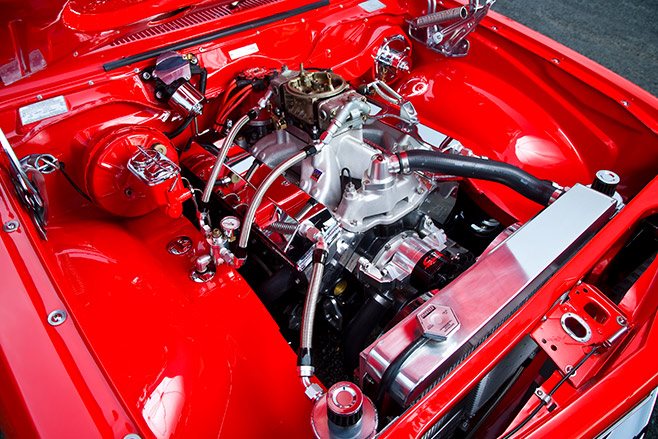 The metalwork in the engine bay is Mark Drew's handiwork. The 383ci Chev makes 418rwhp on pump fuel

“Dad’s self-taught in body and paint. Whilst he’s painted thousands of cars, this was his first attempt at two-pack in a spray booth. Needless to say I was beside myself with the result and am forever indebted to him.” 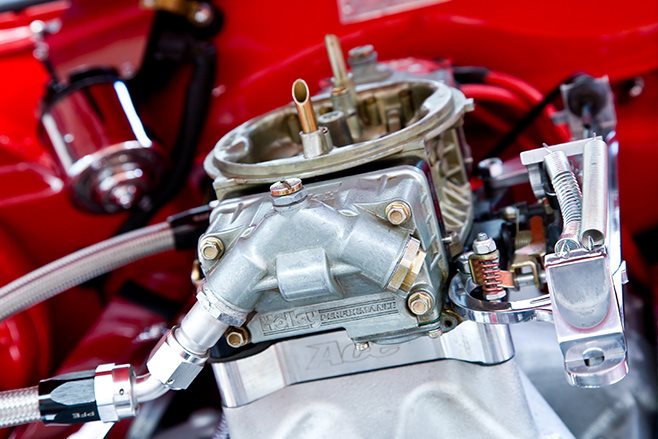 The engine and trans were purchased from another friend, Gavin Dowling. The combo had already run single-digit ETs in an LC. Based on a four-bolt Chev block, the 383ci engine runs a Scat crank and rods and TRW forged dome-top slugs, with CNC-ported AFR alloy heads up top. The cam is a big Crane solid roller with 0.630in lift and 264/268 duration, while an Edelbrock Super Victor and a 950 Holley Ultra HP carb improve the breathing. On a chassis dyno it made 418rwhp. 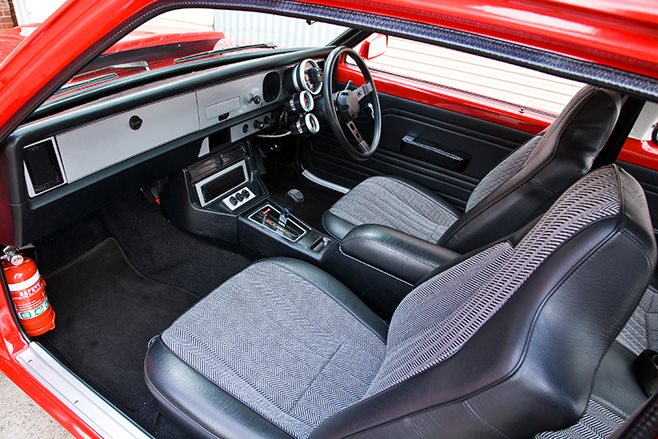 Tastefully retrimmed cabin is largely stock, from the black vinyl and herringbone seats to the SS steering wheel. The shifter, fire extinguisher and Auto Meter instruments are the only concessions to modernity

The interior was remade to factory specs by retired trimmer Paul Hum, in black vinyl with herringbone inserts. Even though a B&M Pro Ratchet shifter was needed for the transbraked Powerglide, it was blended into the factory cabin by carefully concealing it inside the stock hatch console and topping it with a standard shift knob. 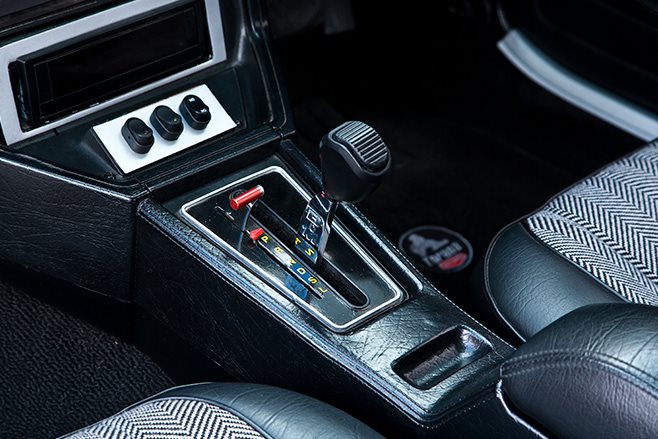 A JVC head unit was chosen for its inconspicuous fascia. “I just wanted something to listen to while I was at the park with the kids. There’s no way you can hear it when you’re driving!” 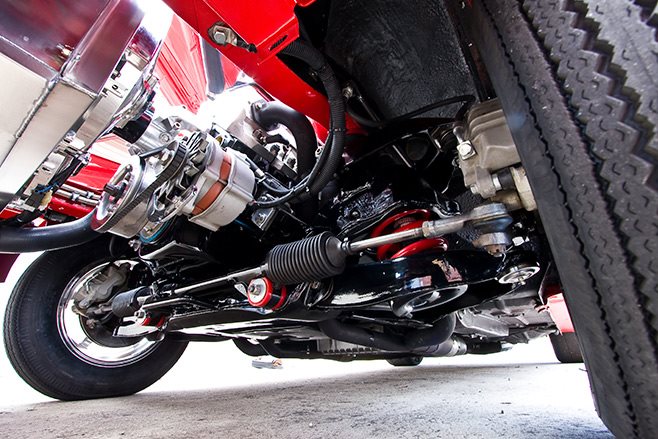 There’s nothing radical underneath the car, just a stock chassis and a set of Pedders springs and shocks, with six-cylinder coils and 90/10s used up front for optimum weight transfer off the line. Weld Alumastars measure in at 15x3 on the steering end while 15x8s wearing 275/50 radials, tucked neatly within the confines of the standard guards, put the power down. They flank a 4.11:1 full-spooled, 31-spline sheet-metal nine-inch. 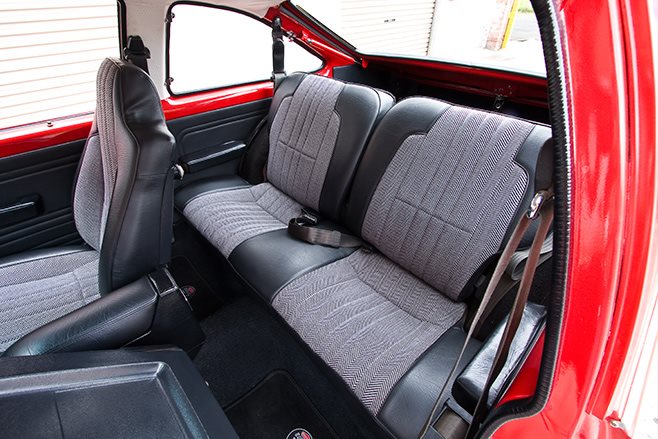 With the hatch nearing completion, it was towed to South Geelong Exhaust for Gonz to bend up some custom 17/8in four-into-ones and a three-inch dual system with X-pipes, twin resonators and two Hooker mufflers. After Mark rewired the car and took care of a few finishing touches, the hatch was good to go. 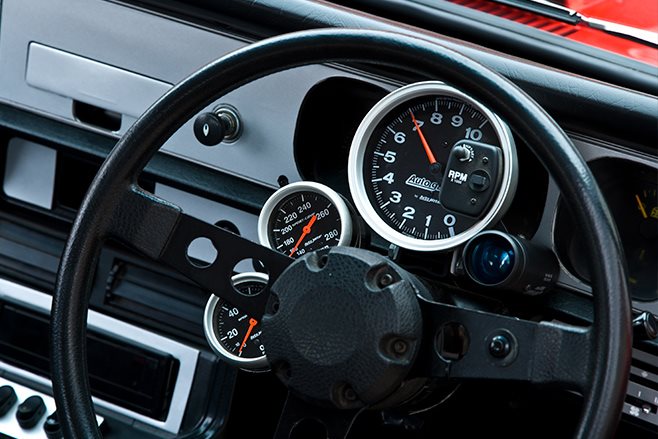 “It’s always pretty exciting starting and driving a new project but this was particularly special. The car drives great and has enough grunt to kill the tyres when you nail the throttle. We drove the hatch to Calder Park and back, where it ran 10.71 at 124.9mph in 100 per cent street trim,” Scott says. 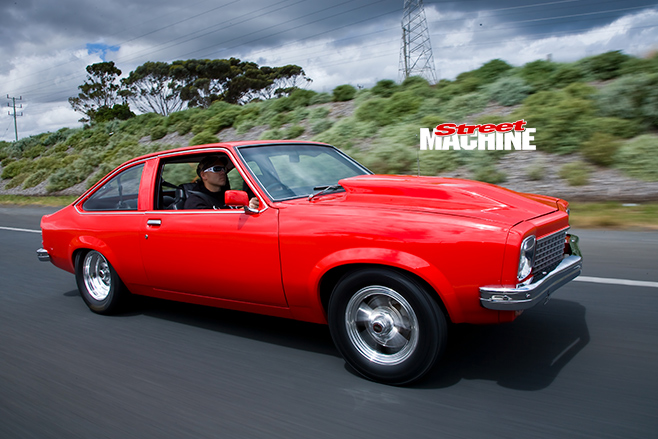 “There’s not a lot Mark can’t do when it comes to modifying cars, and without him and my dad this project certainly wouldn’t have happened.

“The other key person was my wife, Marg. I need to thank her for her patience and support; it would be very difficult to build a car without a patient wife and children. 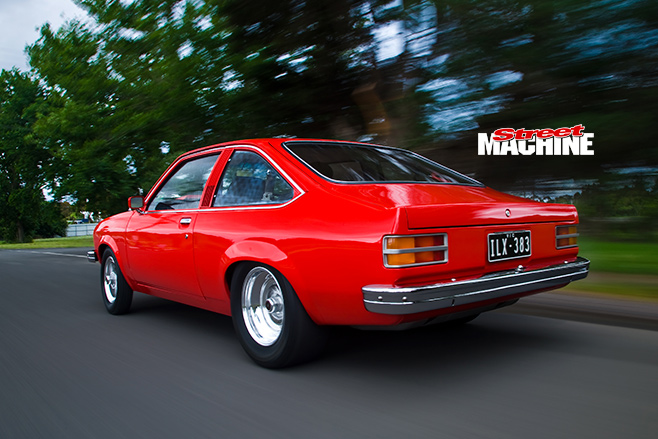 “Thanks also to all my other mates for coming around to help with all the fiddly things and drinking lots of beer whilst tinkering in my shed.” 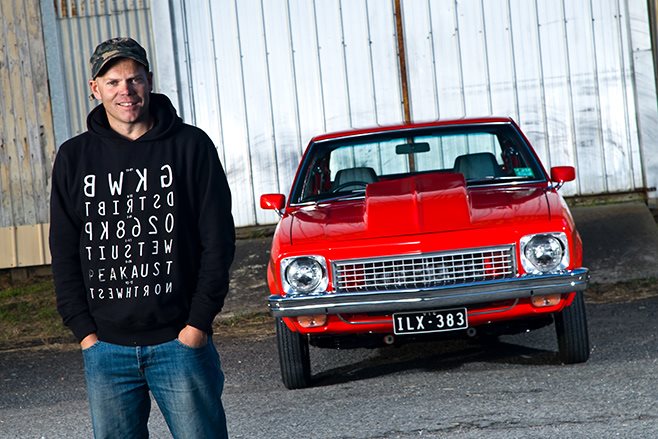