They don't get much more desirable than this Group C replica

IT’S difficult to see the link between a Brock Commodore and a Toyota LandCruiser. But Mark Barnett was building a V8 LandCruiser monster truck and needed an engine. A mate spotted a healthy 308 in an old Commodore at a local wrecker’s yard and called to say: “Get down here, now!” 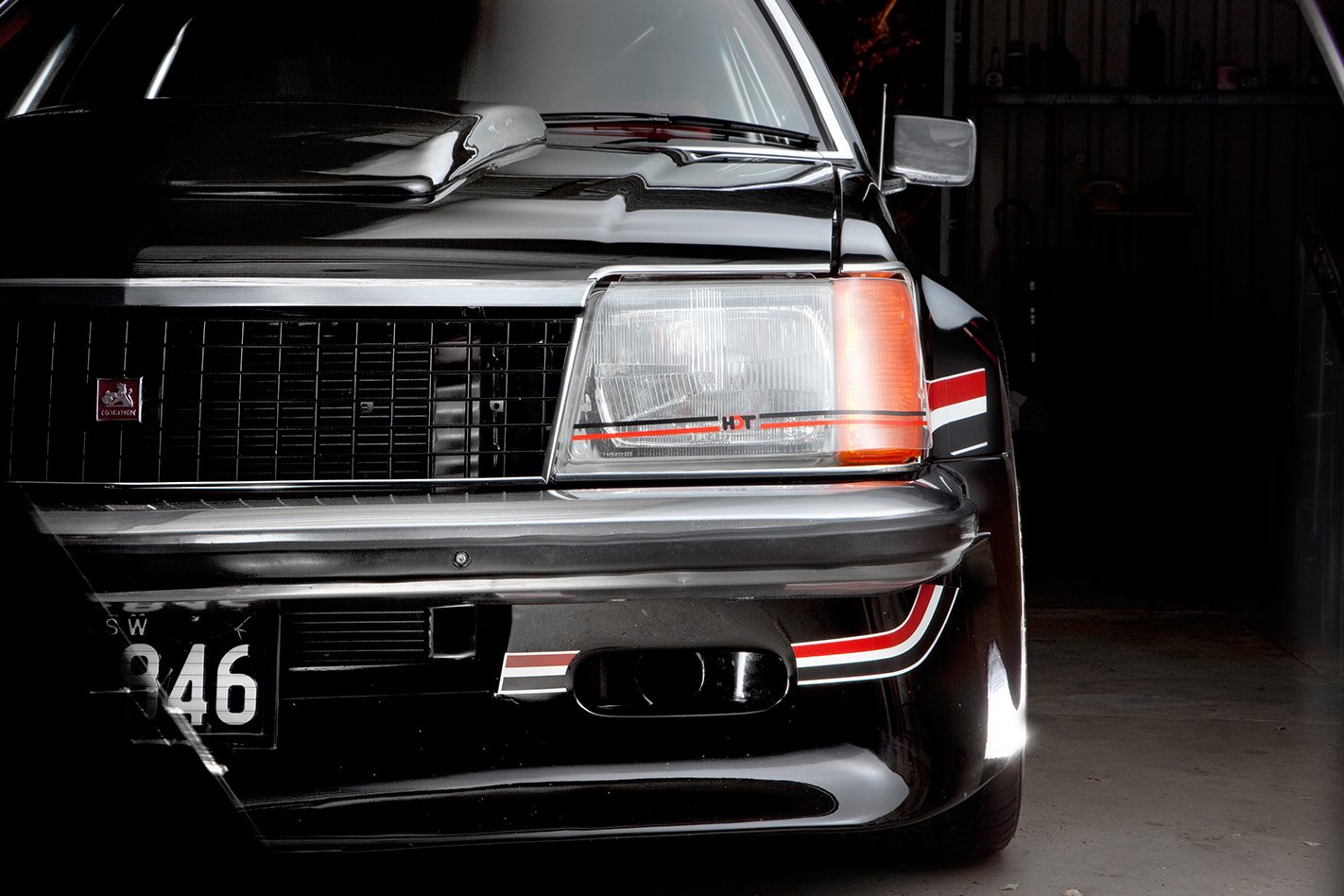 “It went like hell but used way too much fuel, so I decided it wasn’t any good for a four-wheel drive,” he says. “A previous owner had spent about $12K on the engine and another few grand for the trans and nine-inch.”

While the new engine was too wild for his fourbie, he saw his purchase as an opportunity to have some fun. “I decided to do the car as a Peter Brock race replica and began looking for a set of flares but nothing came up in three years’ searching.” 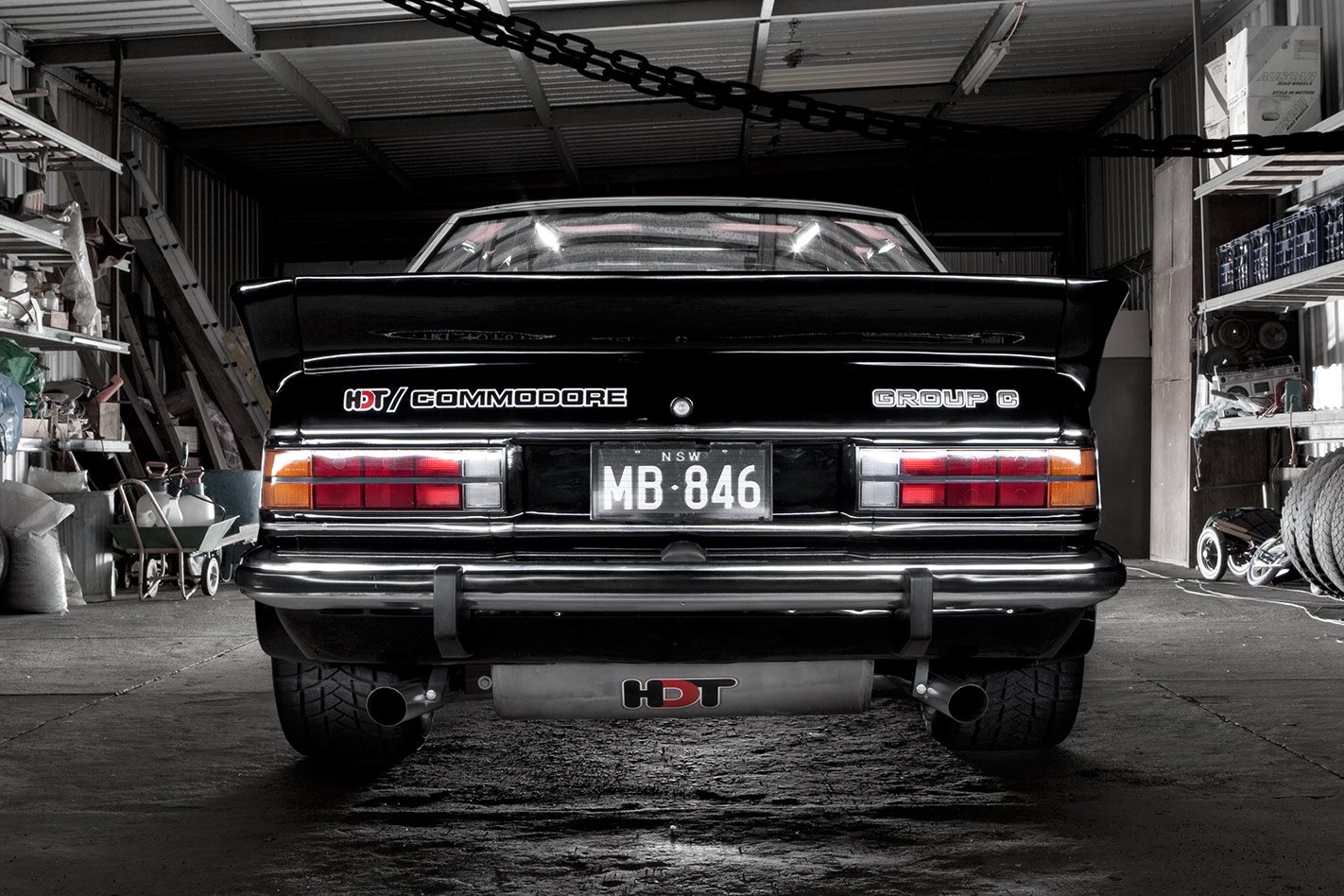 The alloy fuel tank adds to the circuit cred and holds a whopping 90 litres of go-juice. The body kit is VC Group C-spec, with VH air dam and boot spoiler

Eventually persistence and Google came up trumps. “I found a set that were spares with a VB for sale in Victoria. I offered to buy the spares but the bloke said it was a complete set. After three months of emails, I bought the whole lot!”

The story was that this car was a one-off built with the assistance of Peter Brock’s HDT in 1980 or ’81 and Mark wanted to check that heritage before he laid down his bucks. But substantiating a car’s history can be difficult. 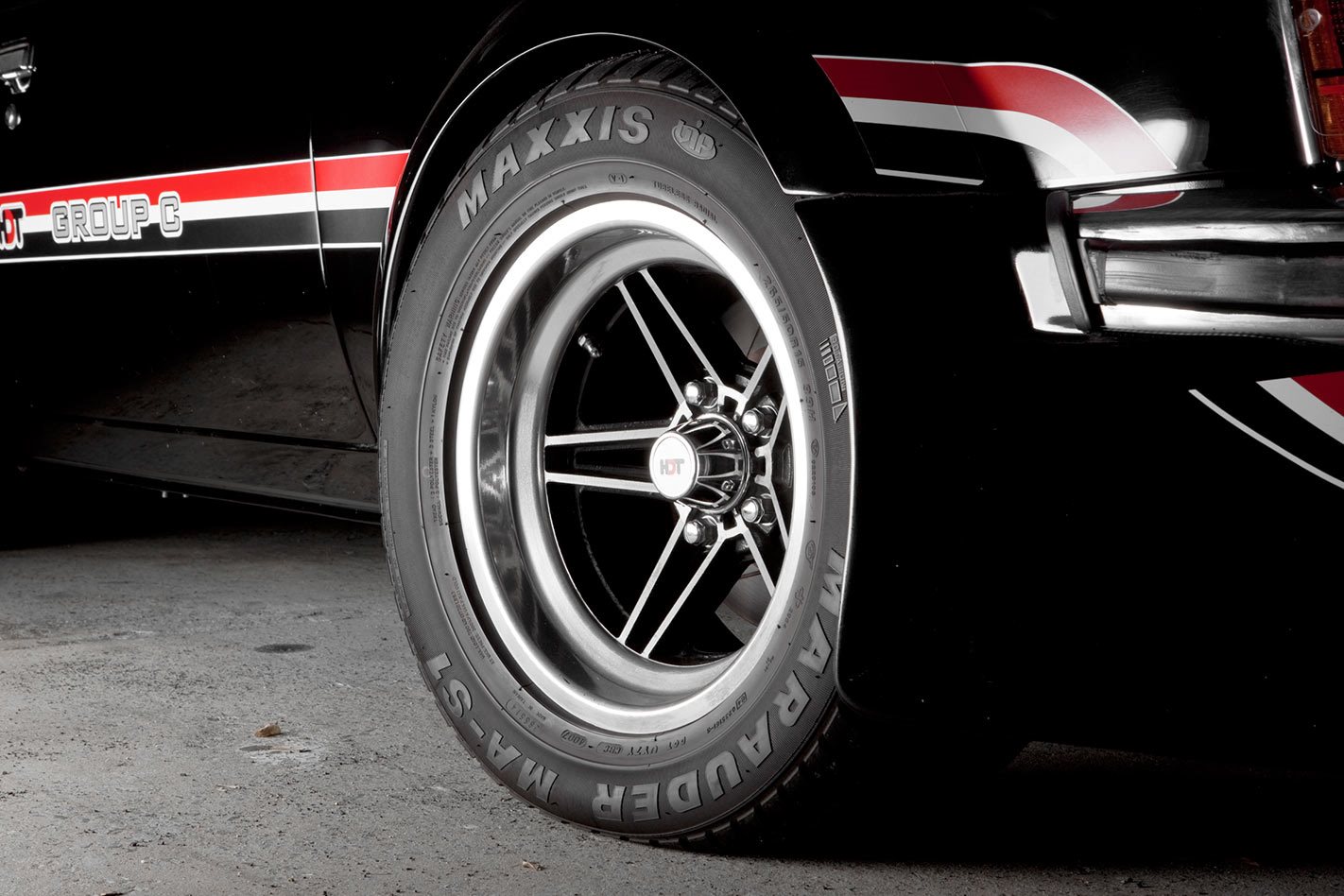 “Start asking questions and people often clam up,” Mark says, “so I bought it and then began asking the questions.”

Sounds risky but he was happy with the price either way. 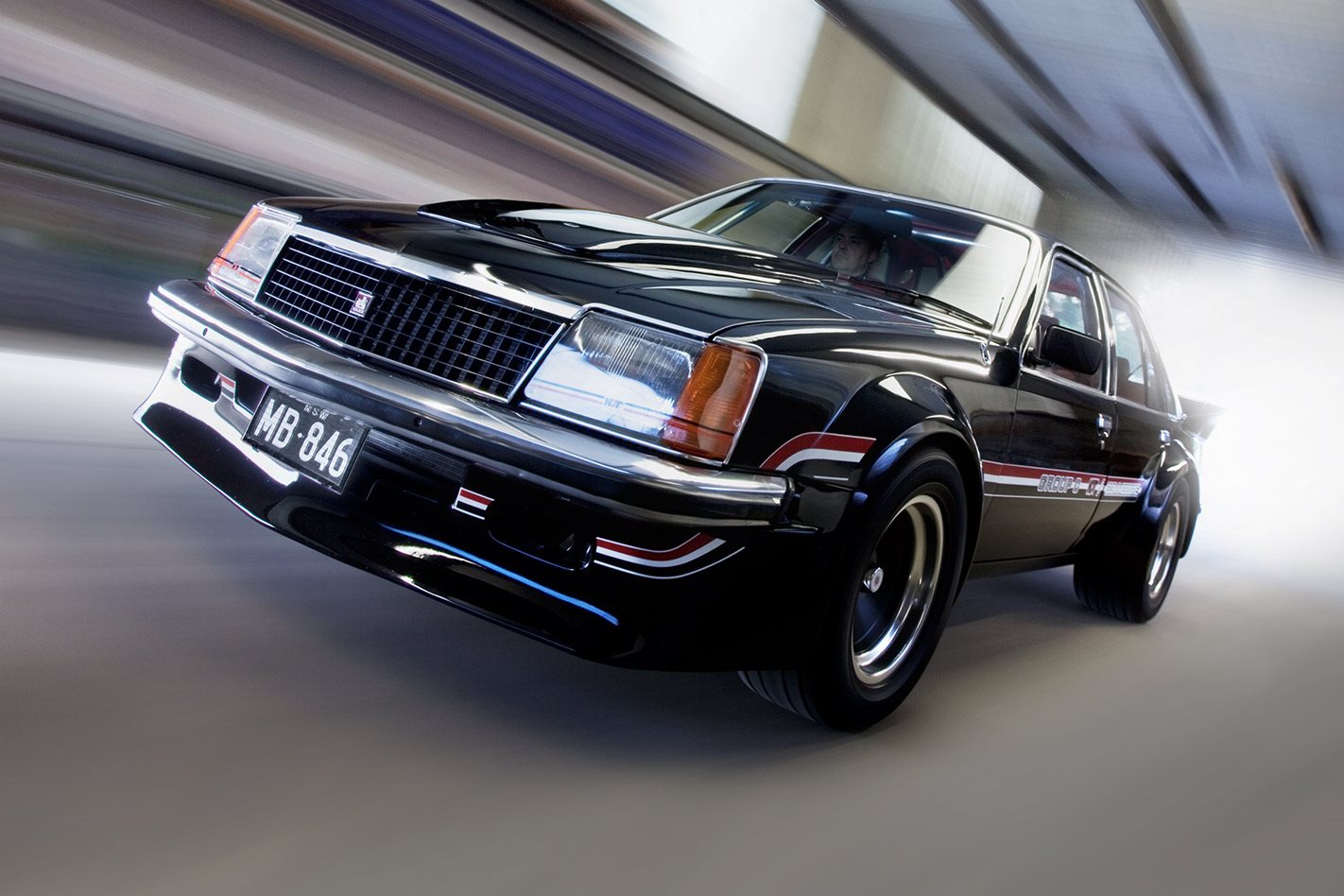 Discussions with people who were likely to have been involved revealed that the car really was a special, created by HDT for Joe Colorafi. Joe — Peter Brock’s mate who later owned the HDT road car operation — wanted a street car with the anger and character of the mighty HDT race cars.

The starting point was a brand-new 253-powered black VB, which soon scored a new 308 and an A9L-spec T10 ’box. The car was fitted with a heap of ex-race parts, including a set of 15x10 Peter Jansen Hotwires, big Harrop brakes, a Brown Davis rollcage, Harrop diff, the outrageous body kit and drop tank. The result? An 05 race car for the road.

The second owner was a lady named Carol Thompson. “Chris Stork, the bloke I got it from, bought it in ’86. The first 15 years he was right into it but the last five it sat in a shed.” 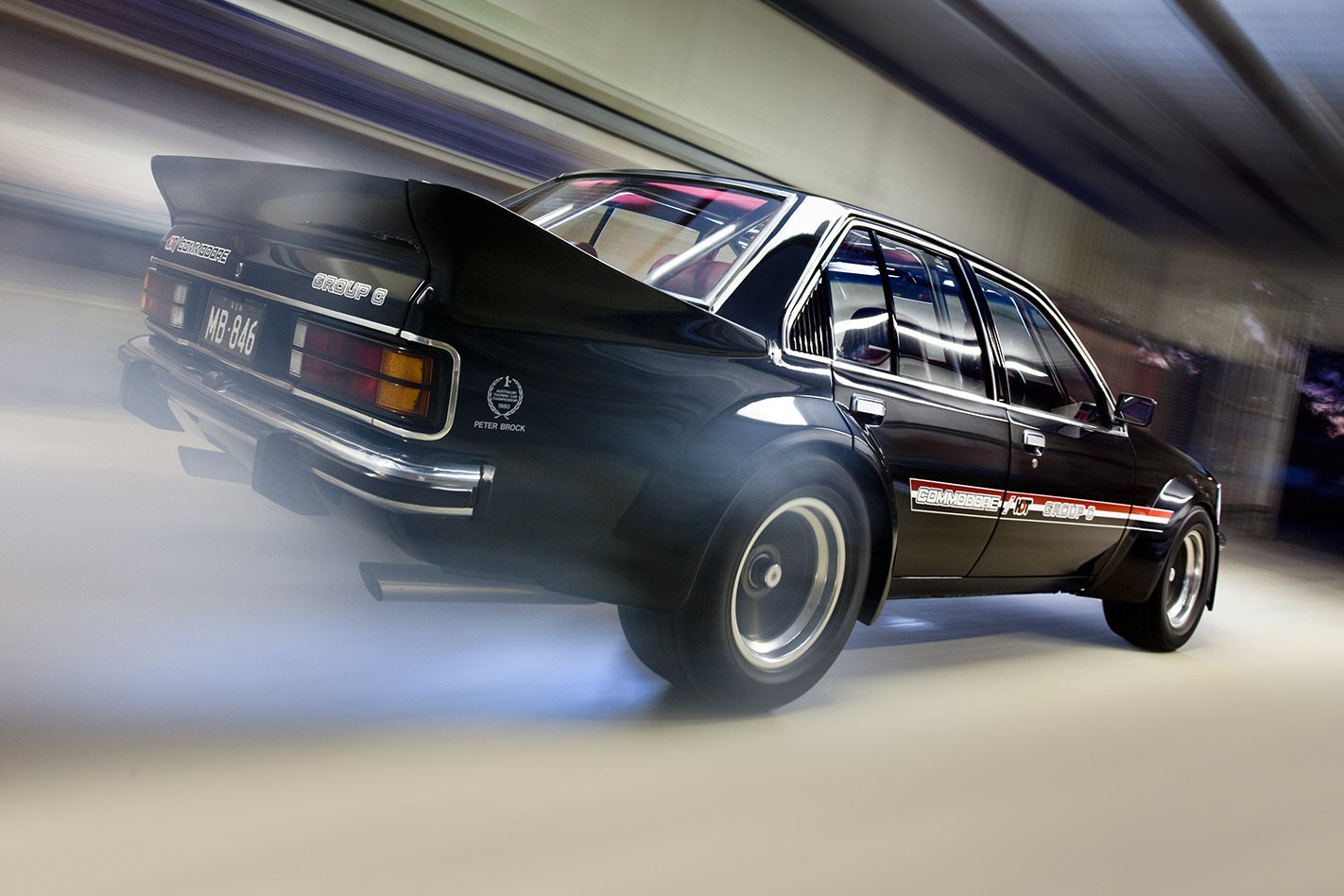 The car’s had a few identities since it was born. Most of the underside had been chromed at some stage, and painted pink, as Mark discovered when he stripped the car in his backyard.

As bought, the carpet was sprinkled with rat shit and there were four shrivelled rat carcasses in the car. Nice. It needed a strip and steam-clean before the typical six-month tidy-up plan.

“But somehow it all got screwed up! I was just gonna get rid of the pink and chrome, give it a quick touch-up, get it back on the road and do a few events such as hillclimbs and cruises.” 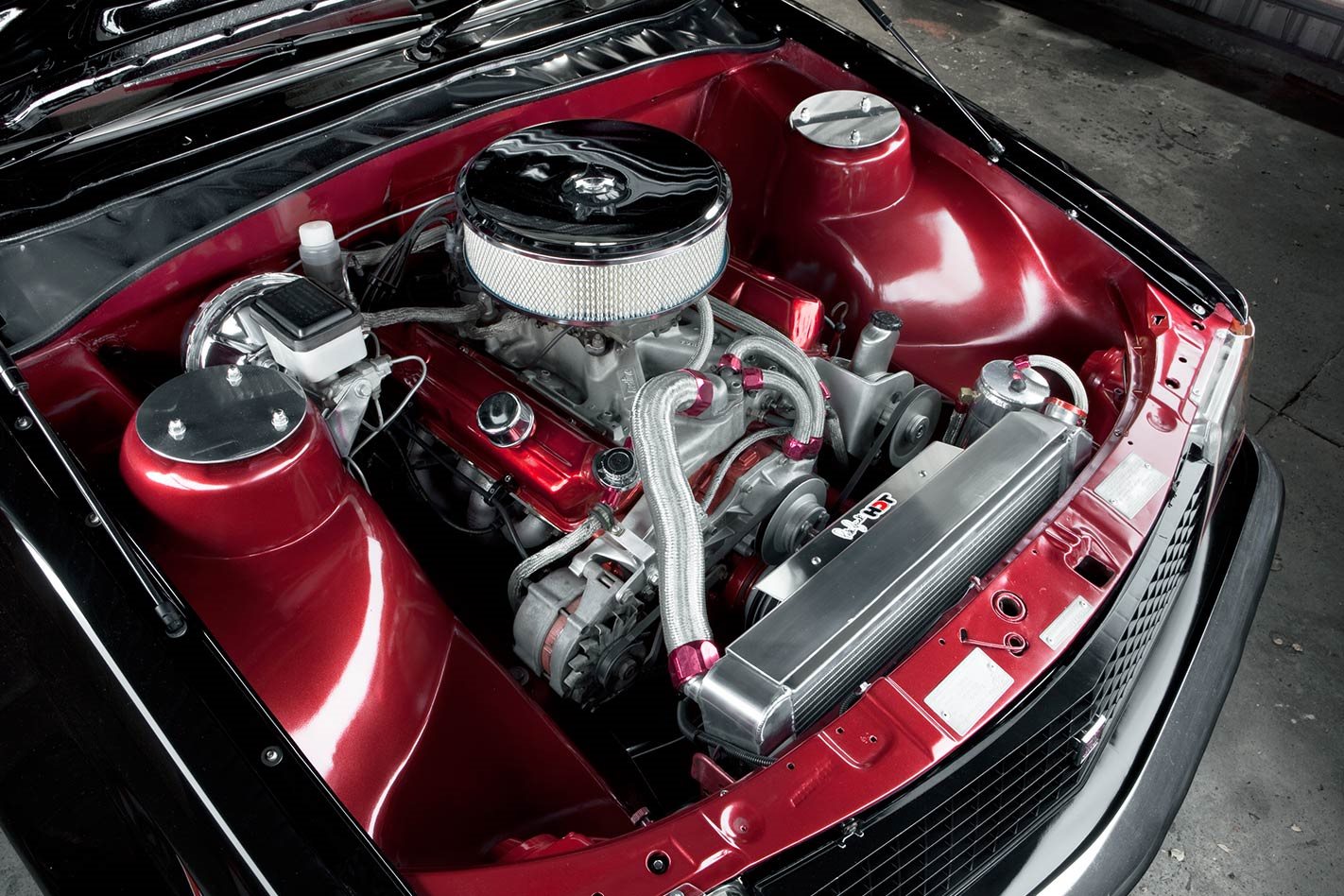 The donk is a tough little 308, rebuilt at home by Mark and his mates, although he was on the lookout for a twin Weber set-up, as used in the Group C days

Stripped to its skin, the car was in reasonable shape. “It was straight, apart from a damaged front corner and some rust in the boot where a relocated battery had spilt its acid. The rear wheel-arches had been hacked and brazed; we neatened that up with a MIG welder. Some flares had several sets of holes. It was rough but that’s how they did the race cars back then.”

The previous owner had glassed the flares to the car. Mark was willing to live with that, and also deleted the fuel filler, eliminated the swage lines in the doors and smoothed the engine bay.

Then he did what he calls a ‘panel-beating course by correspondence’. “We have four panel shops in our street. So I’d wander in and ask how to do things. They’d tell me and I’d put it into practice with my cousin, Paul, then wander back the next week and ask more! Big thanks to Brad and Jim — they helped me a lot.” 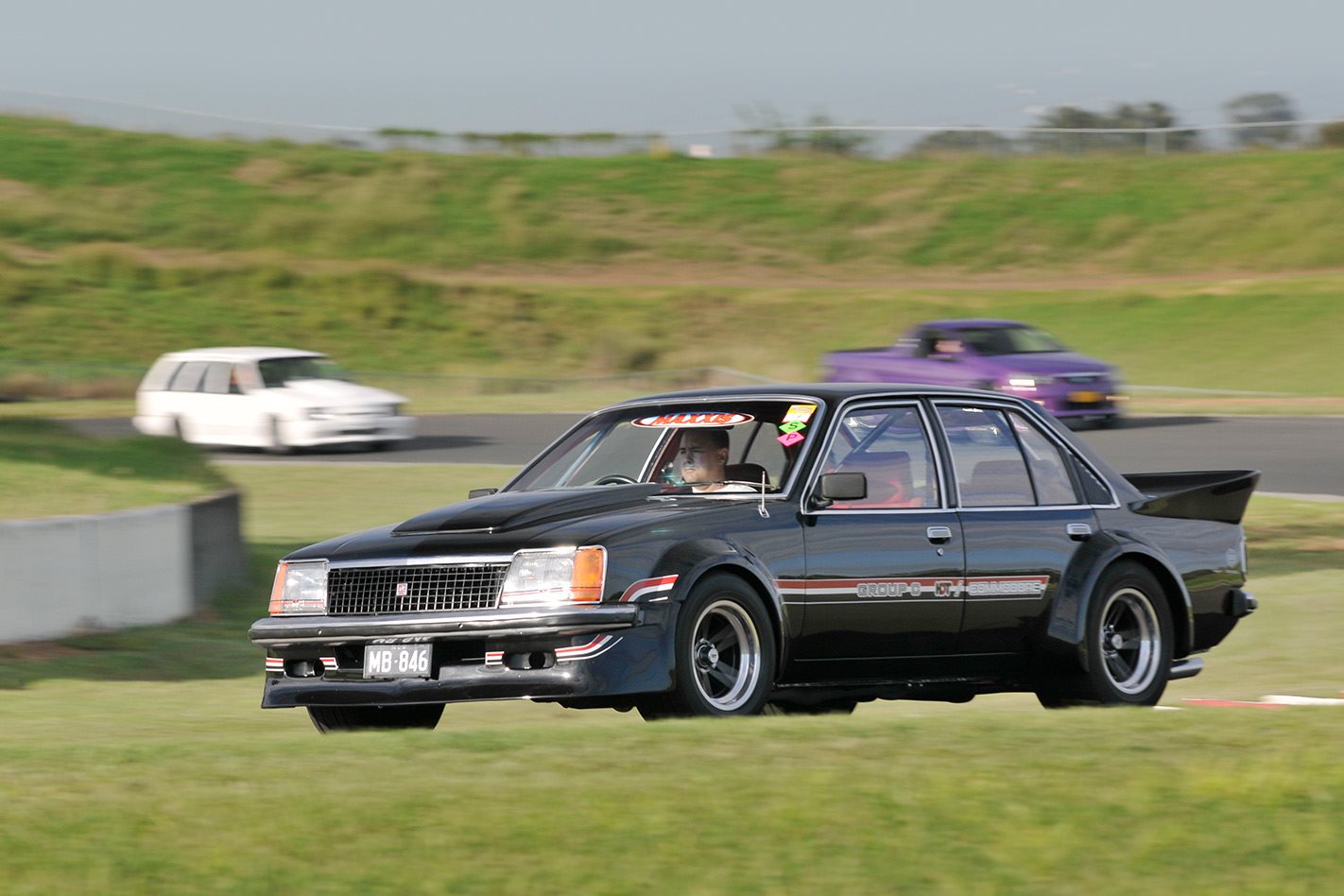 “He’s one of those blokes with a ‘can-do’ attitude and is self-taught. He’d done a few acrylic jobs then painted a Torana in two-pack and volunteered to do this. He said: ‘Look, let’s have a go. At worst we’ll have to rub it back and get someone else to fix it.’” 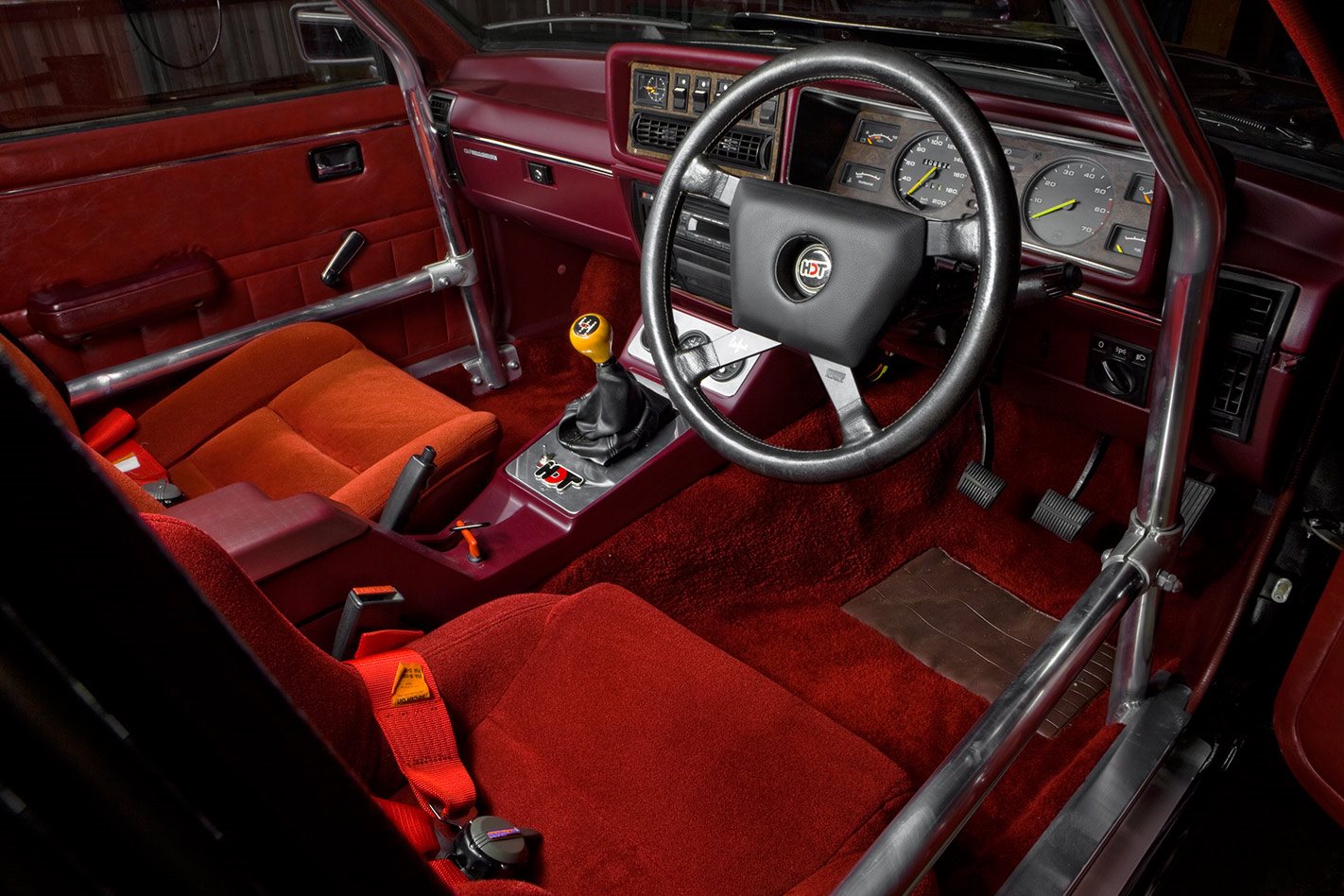 Then the engine from the wreckers was freshened up. “I did a head service, a set of A9L rods and Perkins ACL pistons, a timing chain, a custom sump. We improved it a lot, especially the Holley 600 that replaced a 1050 Dominator that flooded the engine and filled the sump with fuel. It used to run-on after you turned it off — it was breathing its own sump fumes.”

Special attention was given to the suspension. The Panhard rod (from the wrecker car) had been bent around the nine-inch.

“It was replaced with a Watts link. We discussed it over beers then took a good look on the ’net and at a Ford wreckers to learn how it worked. The hardware in mine is EA/EB Ford, modified to suit the nine-inch.” 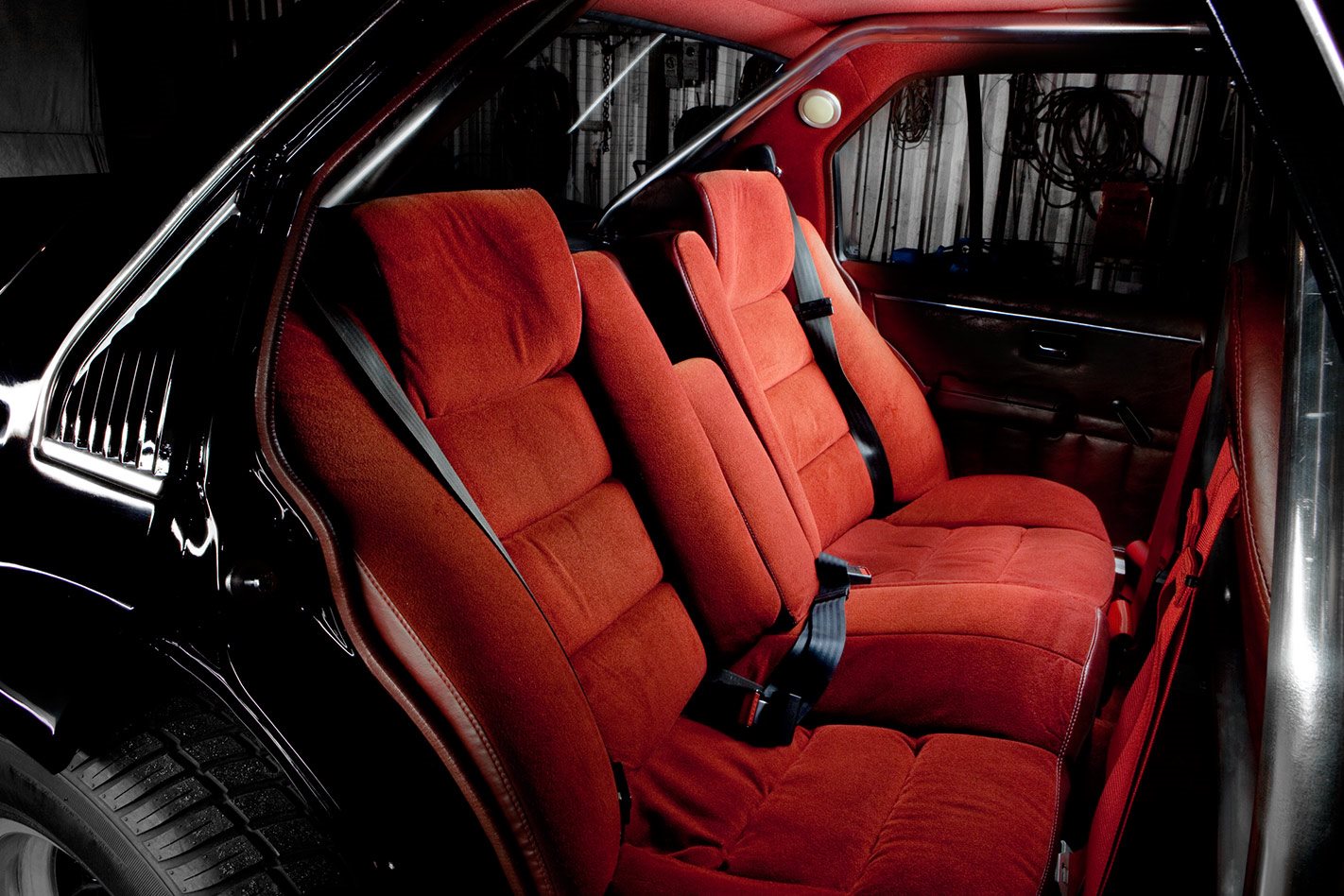 It also got VZ front brakes (the Harrop originals were stolen at some stage) and Lovells/Noltec front coil-overs. Almost everything was done in Mark’s modest double garage with help from mates. “The trim is the only thing we didn’t do here,” he says.

John Viles fixed that. At some time the rear seat had been replaced by a narrowed WB Statesman unit and Mark was keen to retain it, along with the era-correct road/race car look in original-style red velour with a polished alloy rollcage. 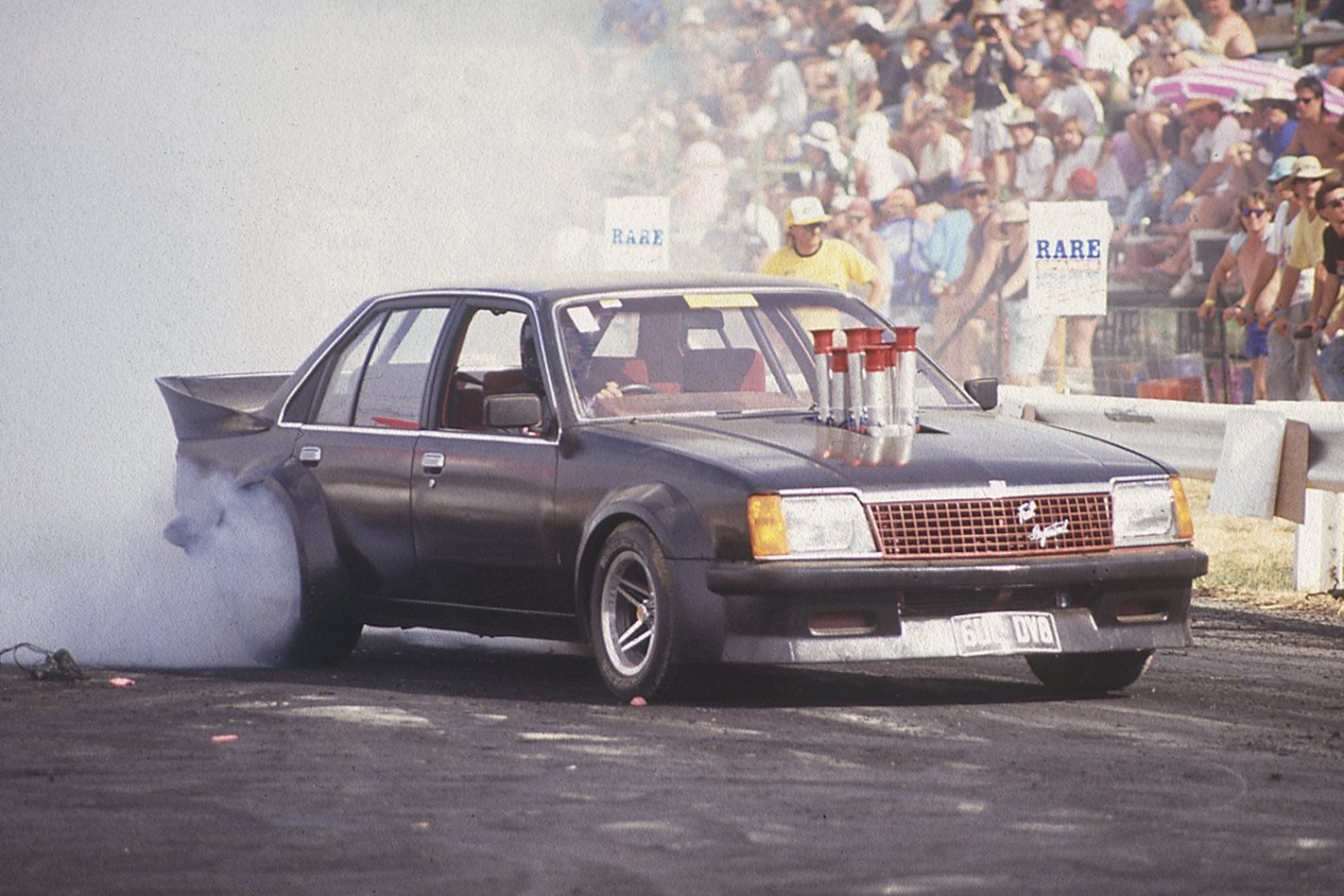 “I bought four WB Statesman interiors to get enough material for the re-trim. I still didn’t have enough to do the headlining. I was looking at wreckers everywhere until I found a mate of Dean’s who had a garage full of rolls of trim! These days, you can buy it new.”

Building the HDT went over time, over budget and stalled his 4WD project. But it’s been worth it and it brings a big grin to Mark’s face whenever he drives it. He’s not the only one, either.

“Everywhere I go,” he says, “people are just hanging out of their cars to get a look at it!” 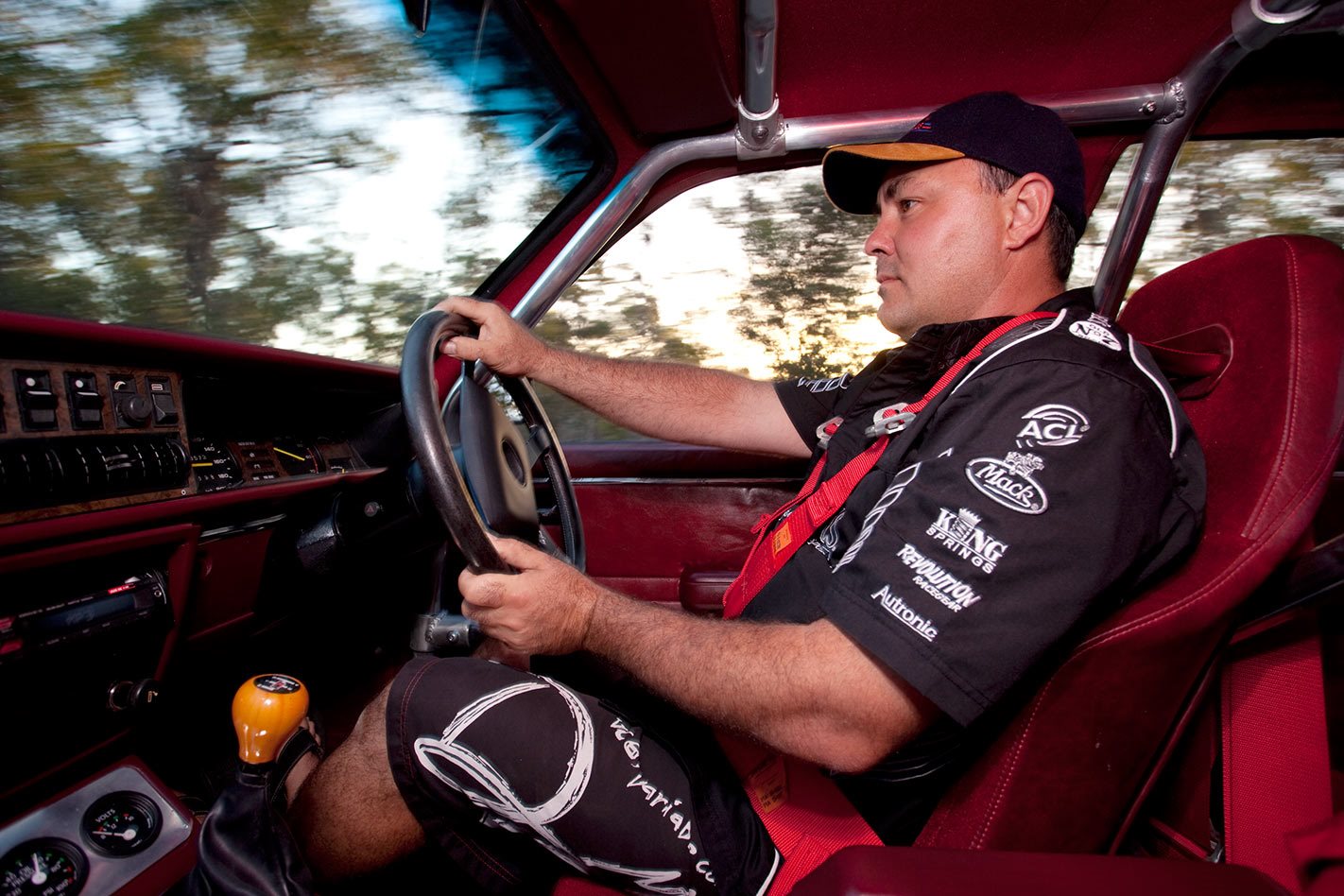 The mention of Group C will bring smiles to the faces of many readers but those younger than 35 might not get it. Group C was Australia’s top-shelf tin-top racing formula from 1973 to 1984.

The cars were production-based, with freedom on manufacturers’ engine and suspension specs to improve performance. The hallmarks of Group C were the huge flares and front and rear spoilers over fat wheels and tyres. 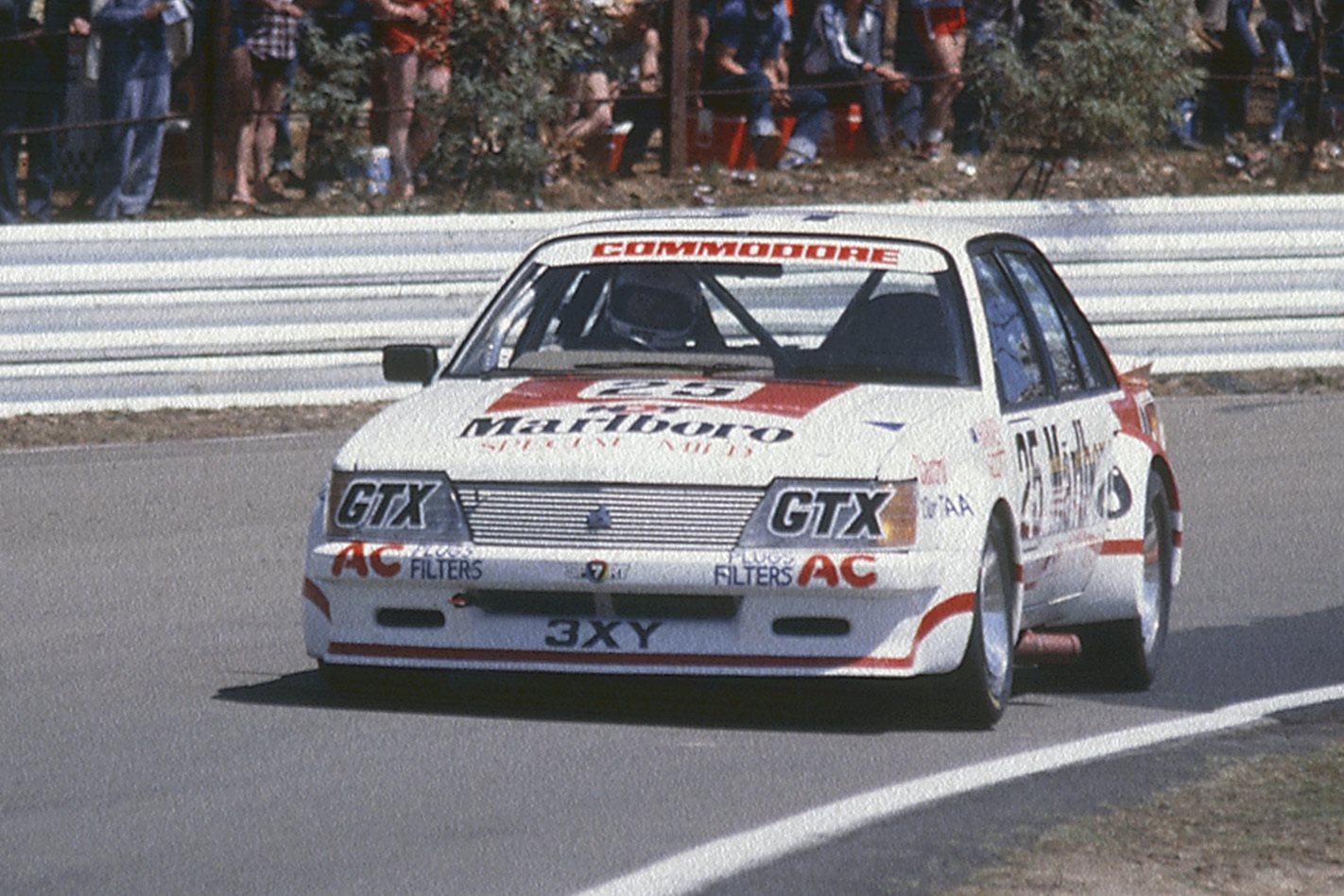 Group C featured under 1300cc, under 1600, two-litre, three-litre and six-litre classes, the last being the stomping ground of such greats as Peter Brock, Dick Johnson, Alan Moffatt and Street Machine’s Kevin Bartlett.