UNLESS you’ve been living up a tree for the last few months, you’ll know that West Australian-based Eddy Tassone’s twin-turbo 383ci V8 Commodore blew the competition into the weeds in Summernats’ Horsepower Heroes event this year. Power? A dyno-melting 1376hp at the wheels slurping premium unleaded. Back in Perth, it made 1525hp with a bellyful of C16. 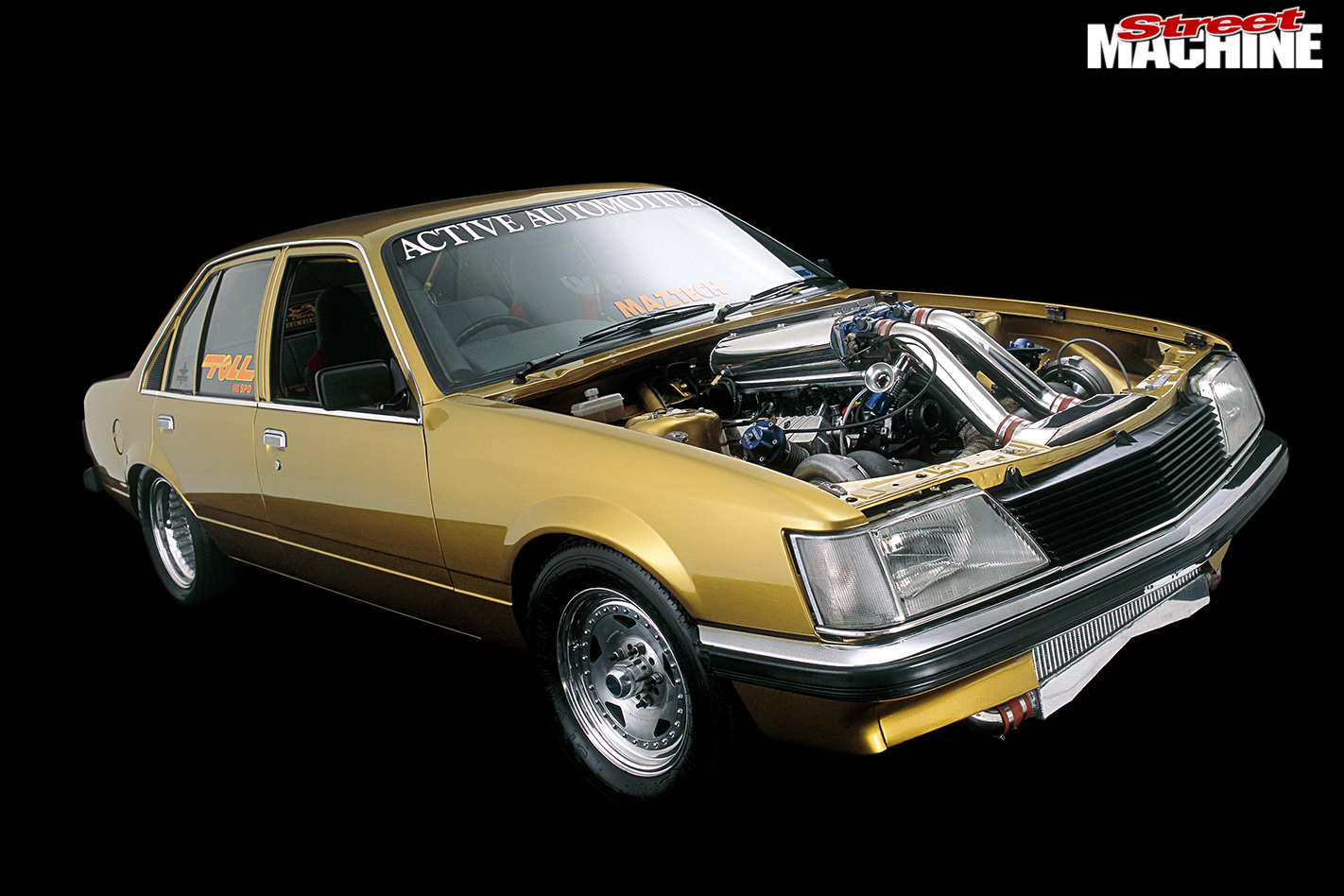 Gobsmacking stuff, but what you might not have heard is that the VH has been put down the Kwinana drag strip, too, pulling 8.1@176mph on the quarter-mile at its first attempt! That’s a whole lot quicker than some of the bad boys in the VPW Pro-Street Blown Top 10 list and makes the Commodore the quickest car on a 10-inch tyre in Australia, if not the whole damn world! Naturally, the car is experiencing massive traction problems, but a seven-second pass should only be a matter of time.

There is no doubt the Tassone Commodore is a groundbreaking unit for our sport, but according to Eddy, the VH came from pretty humble origins. 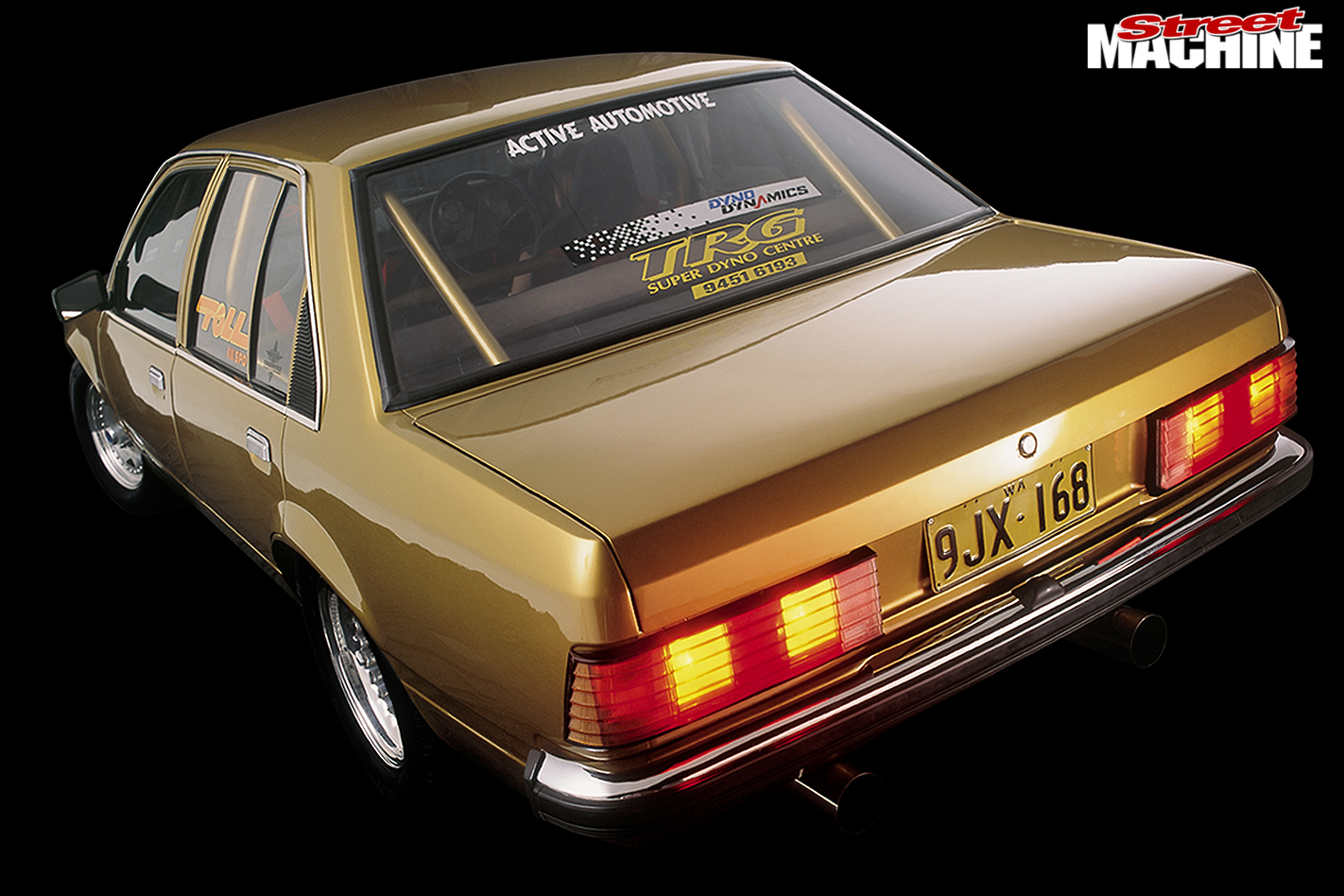 “I bought it a few years back for $1200,” he says. “It was an SL/X with a dirty old six in it. It was the ugliest faded blue that you ever saw. The dash lights didn’t work, it had a cracked headlight – everyone thought I was mad to buy it.”

The car got a V8 conversion in record time. “That was the first reasonable engine I did,” says Eddy. “Even before I got the numbers changed, I’d raced it. It did a 12.9 the first time out, with no converter or anything, and a set of 3.25 diff gears. It was just a B-cast-headed, hydraulic-cammed 304.” 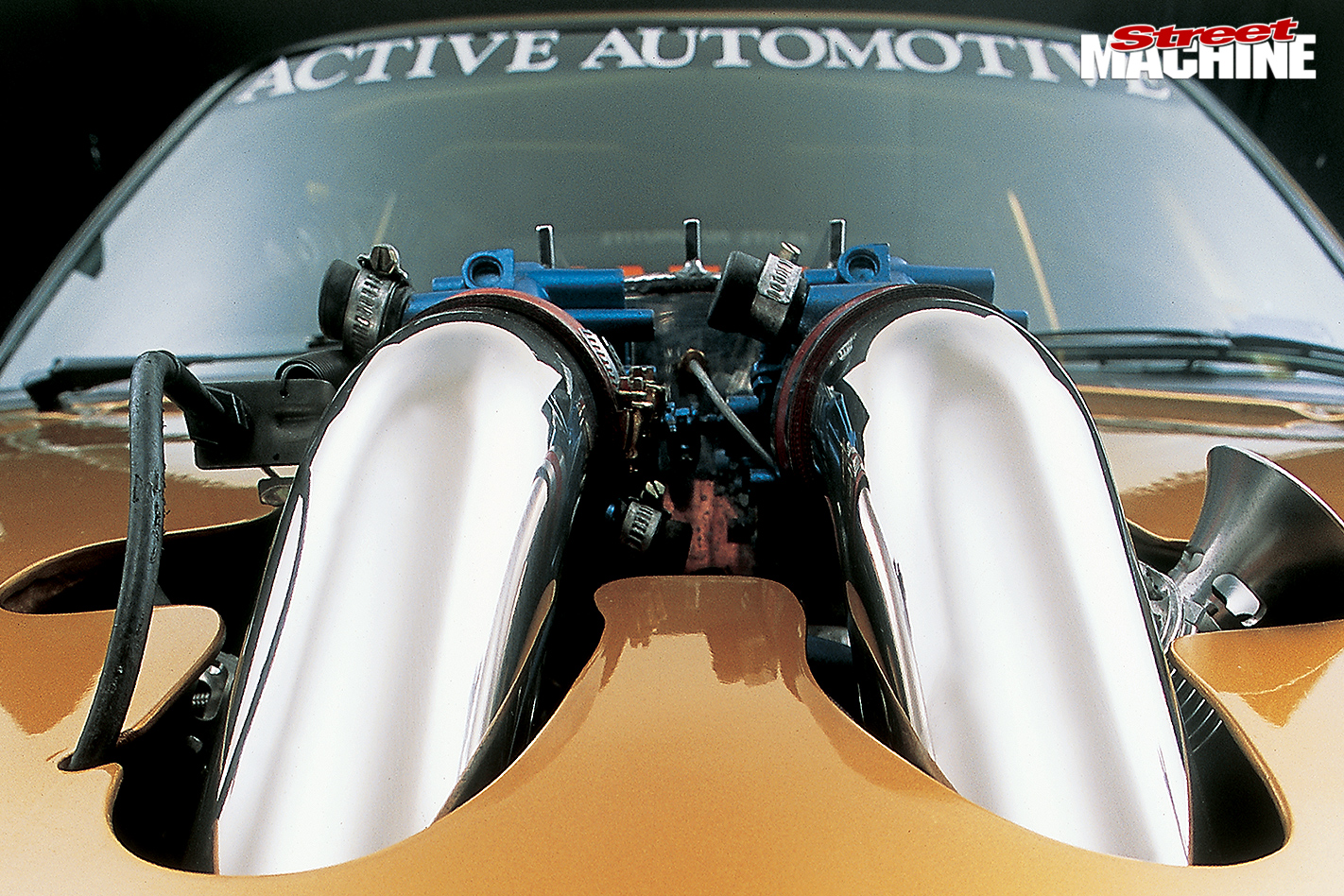 Over the next few years the Commodore received engine spec changes – VN heads, Active manifold, diff gears – and it was regularly raced. With a capacity increase via a COME 383 stroker crank and nitrous oxide, the mini-tubbed beast ran 8.70s, putting it at the pointy end of the VPW Modified Street Blown Top 10 in 2002. But, eventually, the urge for more led to Eddy thinking about forced aspiration.

“I looked at the option of hooking up a supercharger, but they take power to run,” Eddy told us. “All the top 5.0-litre Mustangs in the US were then running turbos, so I thought ‘ah well, looks as if I’m going for a turbo’. 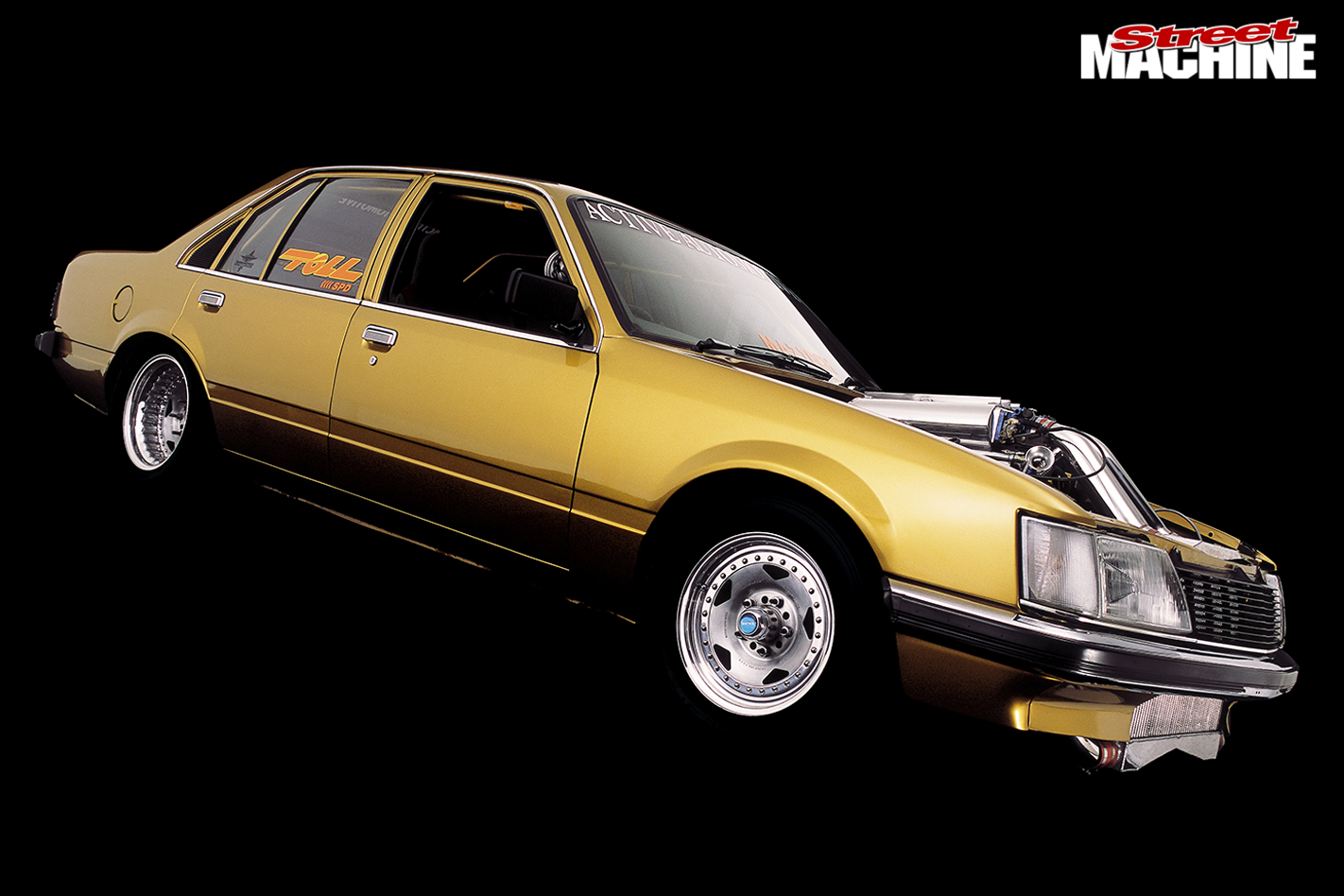 “I found Anthony Rodriguez on the net. He does a lot of stuff for the US, especially with import stuff.” Rodriguez is well known in Aussie rotary drag circles – he’s the main man at Maztech of Melbourne. “I rang him to figure out the prices – he chewed my ear off for an hour and finished by saying, ‘So I guess you want me to tune it?’.”

The old 383 was yanked and stuck on the shelf. The new engine is based on a VT unit fitted with another COME 383 crank. Applied Automotive does a lot of machining work for Eddy’s business, and Active Automotive and Performance Centre added four-bolt mains and machined it for bronze lifter bores. Eddy put plenty of effort into the block’s oil galleries and oiling system, something he sees as critical for performance. 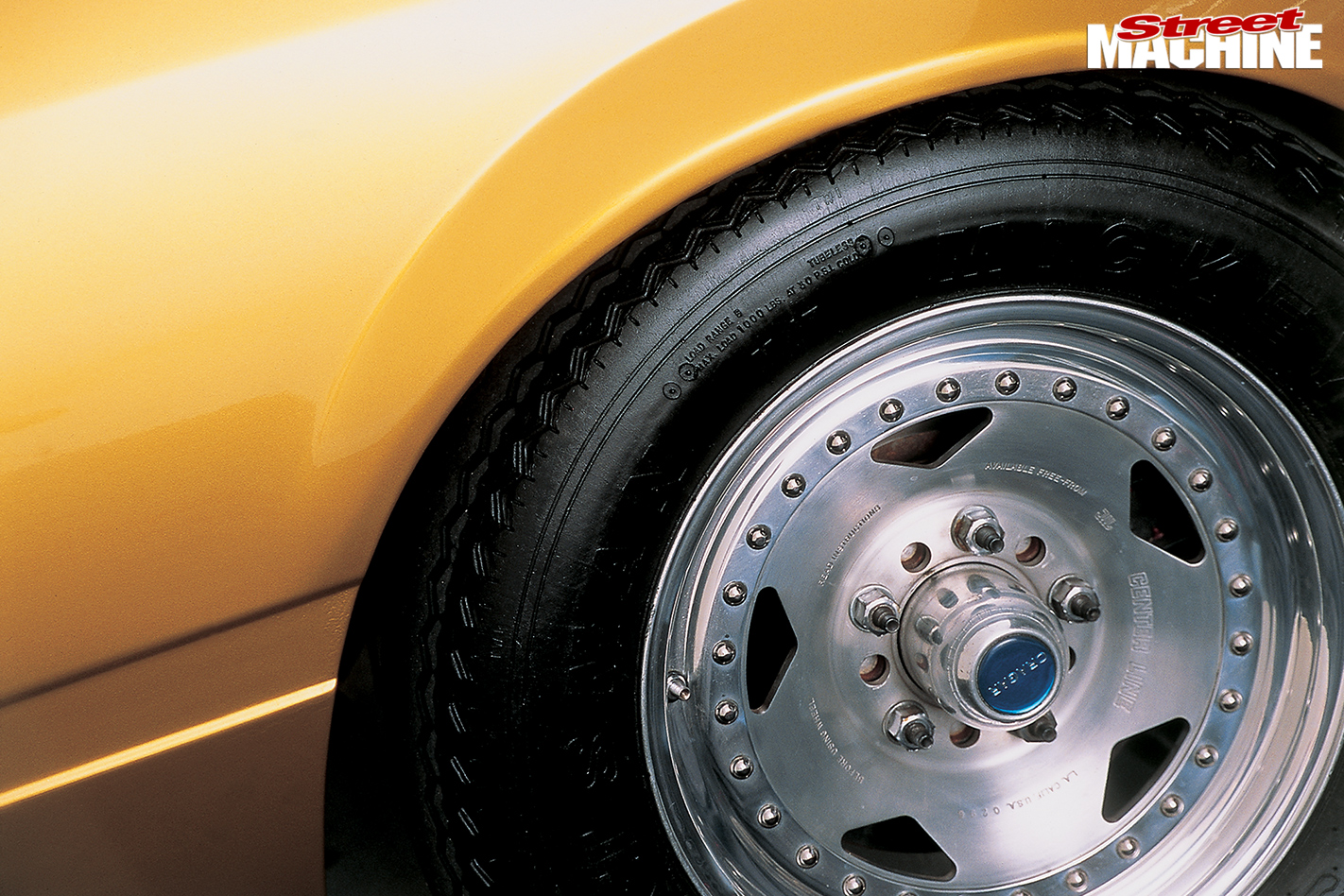 “The lifter bores aren’t quite in the right place,” explains Eddy. “That’s why I had sleeves installed. It blueprints their position. Another problem with these engines is they feed the valvetrain too much oil. It fills the rocker covers and empties the sump.”

The heads are VN (often regarded as better for porting than later units) that Eddy spent plenty of time cleaning up. “I’ve done plenty of these heads now and I see 600hp airflow. The pistons are JE. The rods are GRP. They’re the best rods made, I reckon.”

All the manifolds for the turbos were fabricated in-house by Eddy and his mates. The plenum is folded alloy with sheetmetal runners underneath. The twin throttlebodies are XF Falcon. 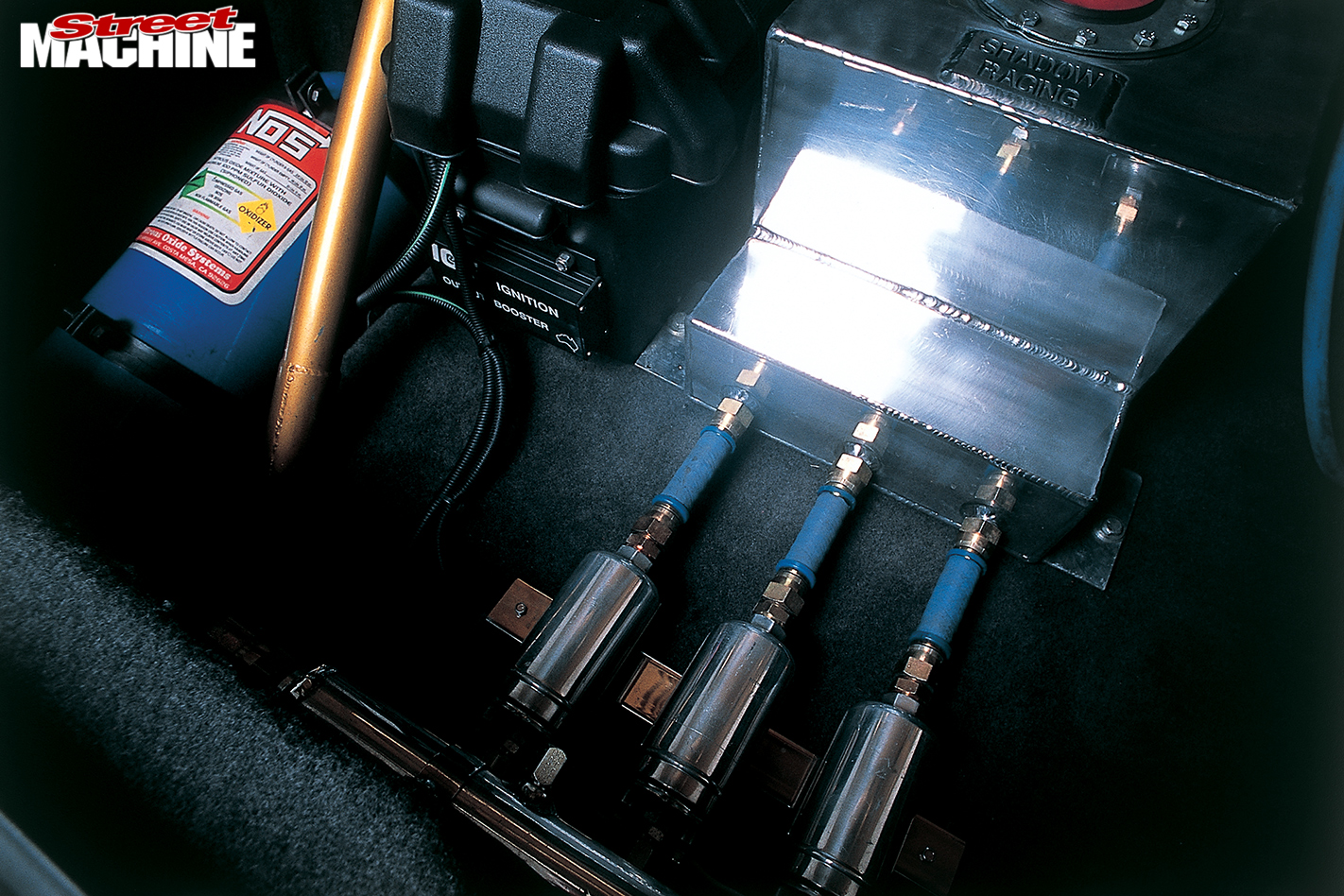 “I had a mate do the intercooler plumbing and the intercooler,” Eddy explains. “It’s a PWR core and we made the tanks for it. It’s in front of the radiator that we’ve pushed down so the pipes can run over the top.” Amazingly, the radiator is a VN V6 unit. “It’s always kept the car cool.”

The turbos are Turbonetics T72s matched to 45mm Turbosmart wastegates. Feeding it all are three big boot-mounted Bosch Motorsport pumps and a brace of injectors. Anthony Rodriguez, as promised, tuned the Aussie-built Microtech LTX12 ECU. And we all know what the result is: 1525hp at the tyres on C16. 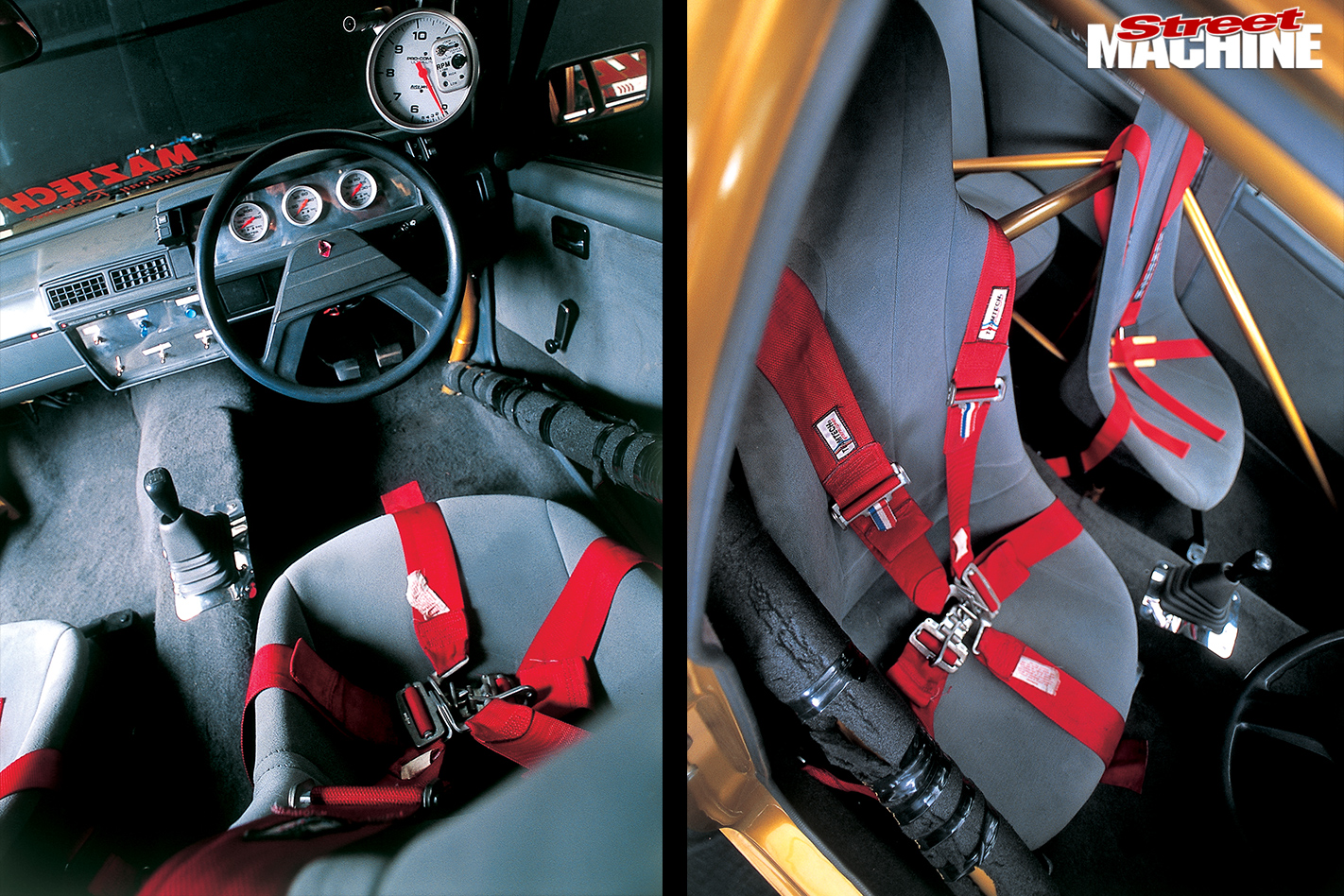 The transmission is the drag-strip favourite: a GM two-speed Powerglide. “This is a killer ’Glide with the best of everything,” says Eddy. “Built by Chris Dimoff. It’s got a Phil Soderstrom converter. I’ll be playing with that – I’ll be tightening it up a bit.”

Amazingly, Eddy found a standard Commodore T5 five-speed is capable of taking 1500 horses without blowing – he temporarily fitted one after a minor problem with the Powerglide. That’s what was in it at the ’Nats. It survived by being run in fourth gear – direct drive from the input to output shaft, with no gear sets involved. “It didn’t let go, but everything was twisted big-time inside!” 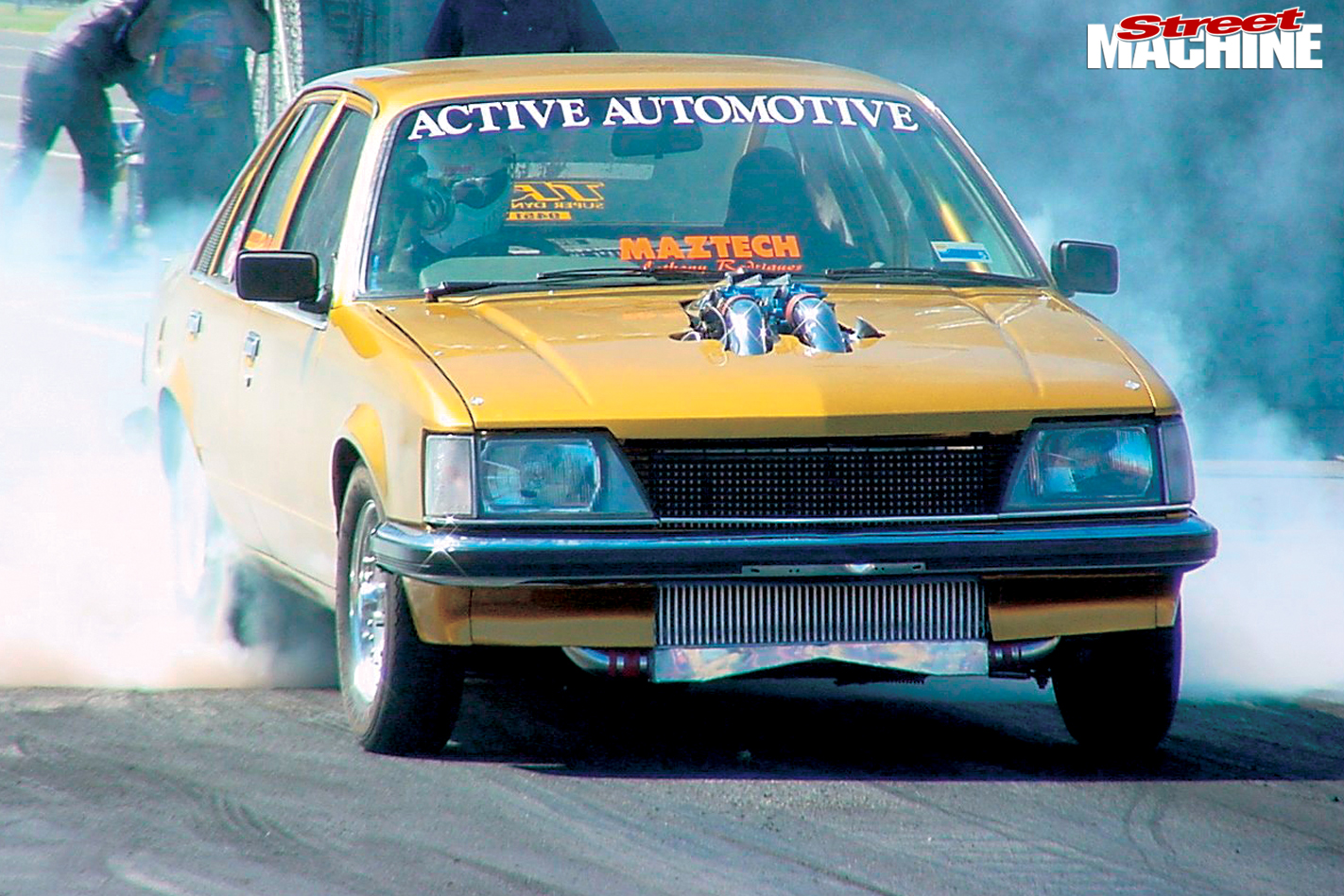 Rear axle is a Strange alloy-centre nine-inch with Moser axles. And amazingly, it’s on boxed standard control arms. The brakes are Commodore discs on the rear, with VN V8 calipers over AU Falcon rotors – on special hubs – up front.

“I’m not going back to Summernats without 1800hp at the tyres,” Eddy says confidently. “I’ve got the capability of going there. Hey, I’ve only been working on it for a bit over six months!” 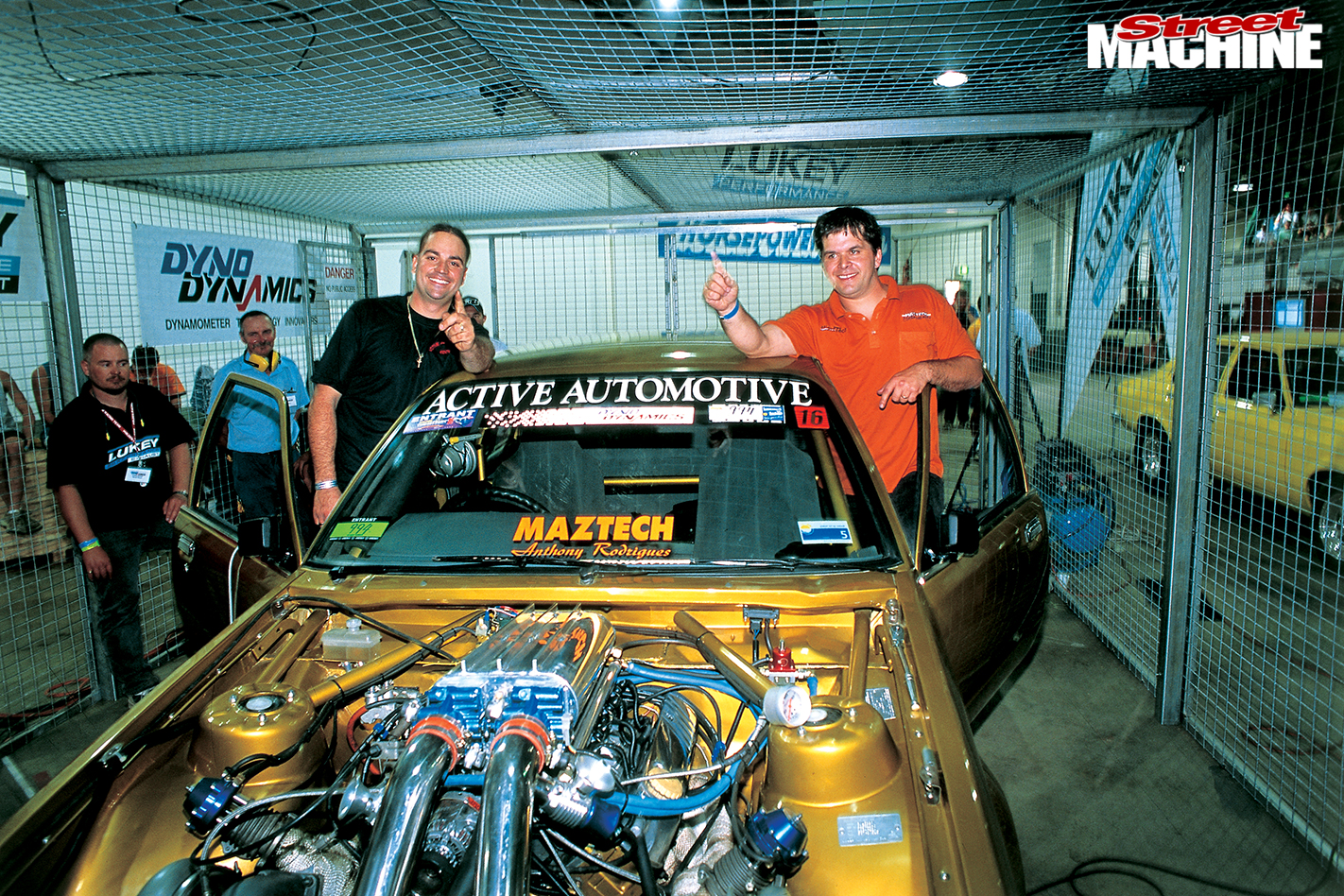 How much more can the humble Commodore engine deliver? “I’ve got more than enough development ceiling, but I don’t know about the strength factor,” admits Eddy. “I haven’t had any breakages yet, touch wood, but I reckon I’ll find out soon!”