MOST advertising shiny bums are more than happy to pose around town in a variety of European toys for the boys. You know, the kind of high-tech buzzboxes that have as much grunt as a seven-stone sumo wrestler and less talk than an all-music radio station. And they’re probably more at home crawlin’ up a potential client’s bum on the phone than they are behind the steering wheel. In the punt for grunt these blokes aren’t usually in the hunt. 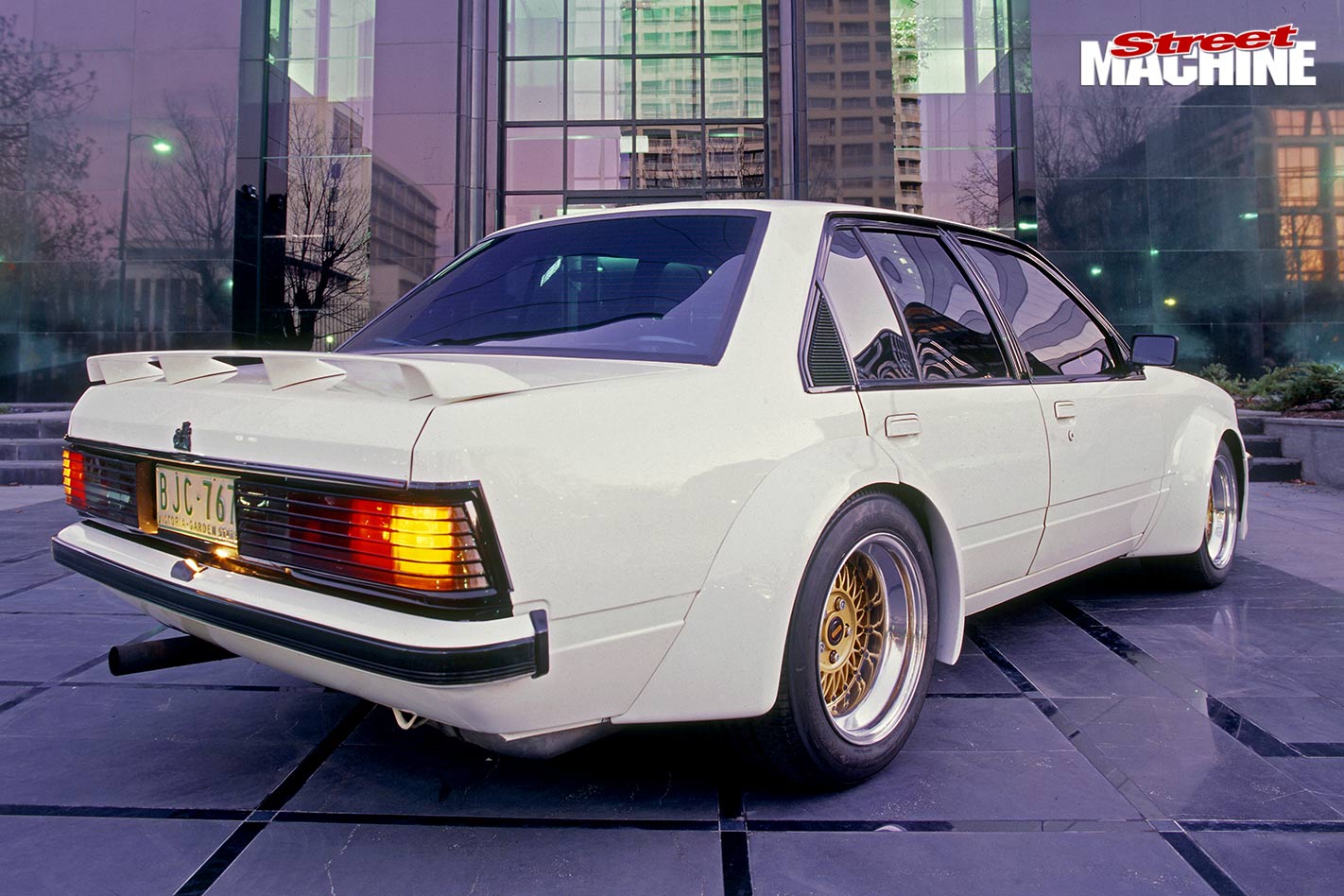 But one of the smooth-talking brigade from Melbourne has his sums right. When he’s not buttering up advertising contacts, Malcolm MacLeod is cruising in the hottest Commodore this side of Mount Panorama. In fact, Malcolm’s white-hot ride looks like it should be on the starting grid at Bathurst, for his pride and joy has enough power to light up a small country town. And with better looks than Bo Derek. Malcolm knows just how to tweak the wick on his 1982 V8 grunter, and when he stokes the fire under the bonnet of his hornmobile you’d better stand back. This piece of General mayhem is white heat on wheels.

“It goes pretty hard,” says Malcolm. How hard? Try 410 horsepower. That’s enough to dig up half of St Kilda Road before grabbing second gear. Malcolm’s bitumen burner is definitely not for show. He built it with one thing in mind – go, and plenty of it. 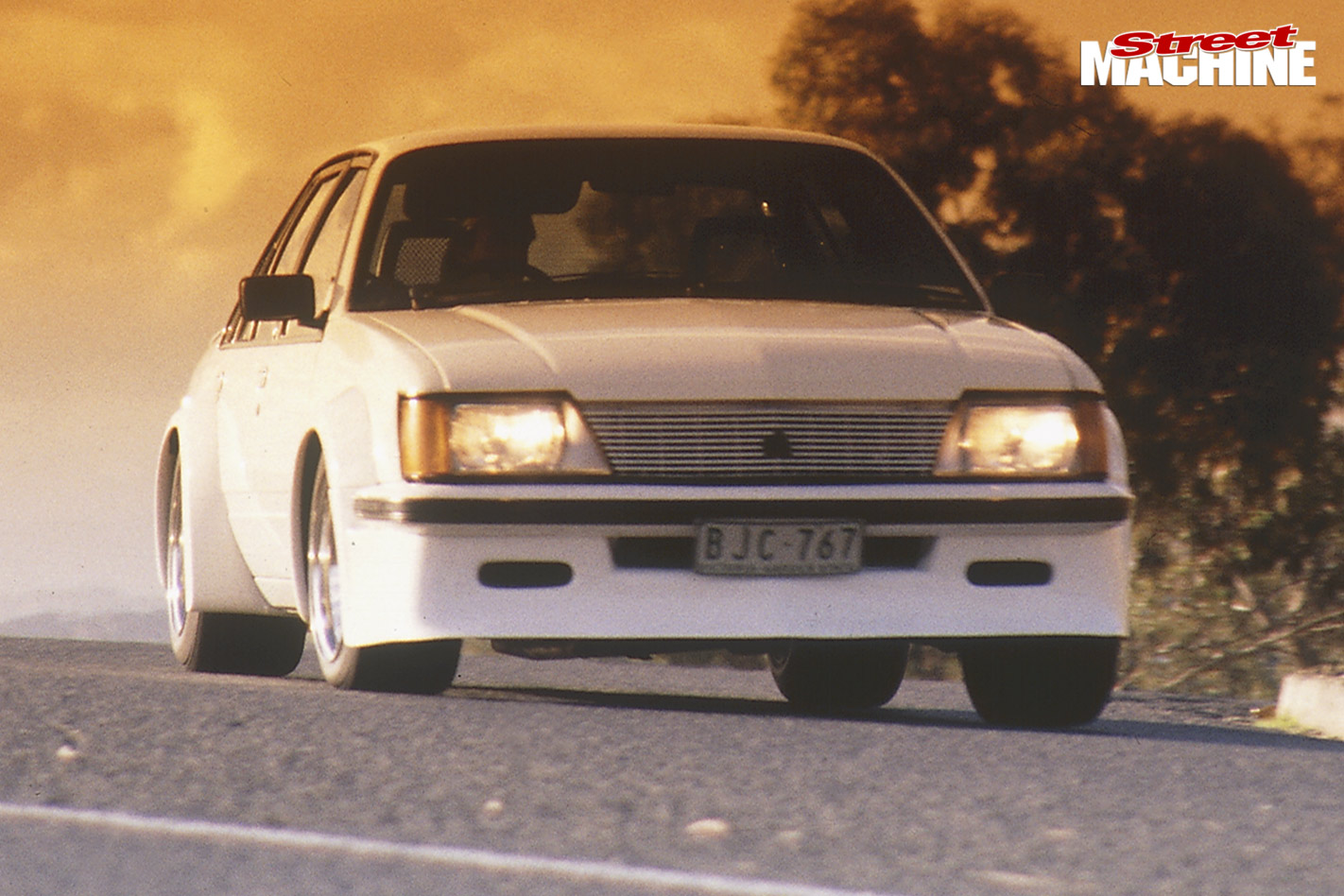 When Malcolm bought the ’82 SL/X, the task of transforming it into a genuine grunter was about 70 percent complete. “The bloke I bought it off spent around $30,000. I’ve finished it off and spent another $15,000 getting it the way I want it,” he says. Maybe if Brockie needs a little extra pace at Bathurst he should go and see Malcolm. The gleaming white rocket is sort of a mobile shrine to the good old days when Holden ruled the Mountain and nothing could catch The General’s fleet of V8 monsters.

“There’s only two or three bodykits around for Commodores and I wanted something different,” explains Mal. “So I got HDT to fit an old Group C racing bodykit. It’s different and I liked the old Group C racecars: they looked the toughest and went the fastest.” The only thing missing from the package is the giant rear spoiler, which is an illegal fit on a road car. This beast runs the SS spoiler instead. But Malcolm wasn’t happy with the way the kit fitted, so he had the whole box and dice redone by Sebring Racing Modifications. And then had it covered by SRM’s paint whiz, Terry Dawson. The paint is white, the badging is black. 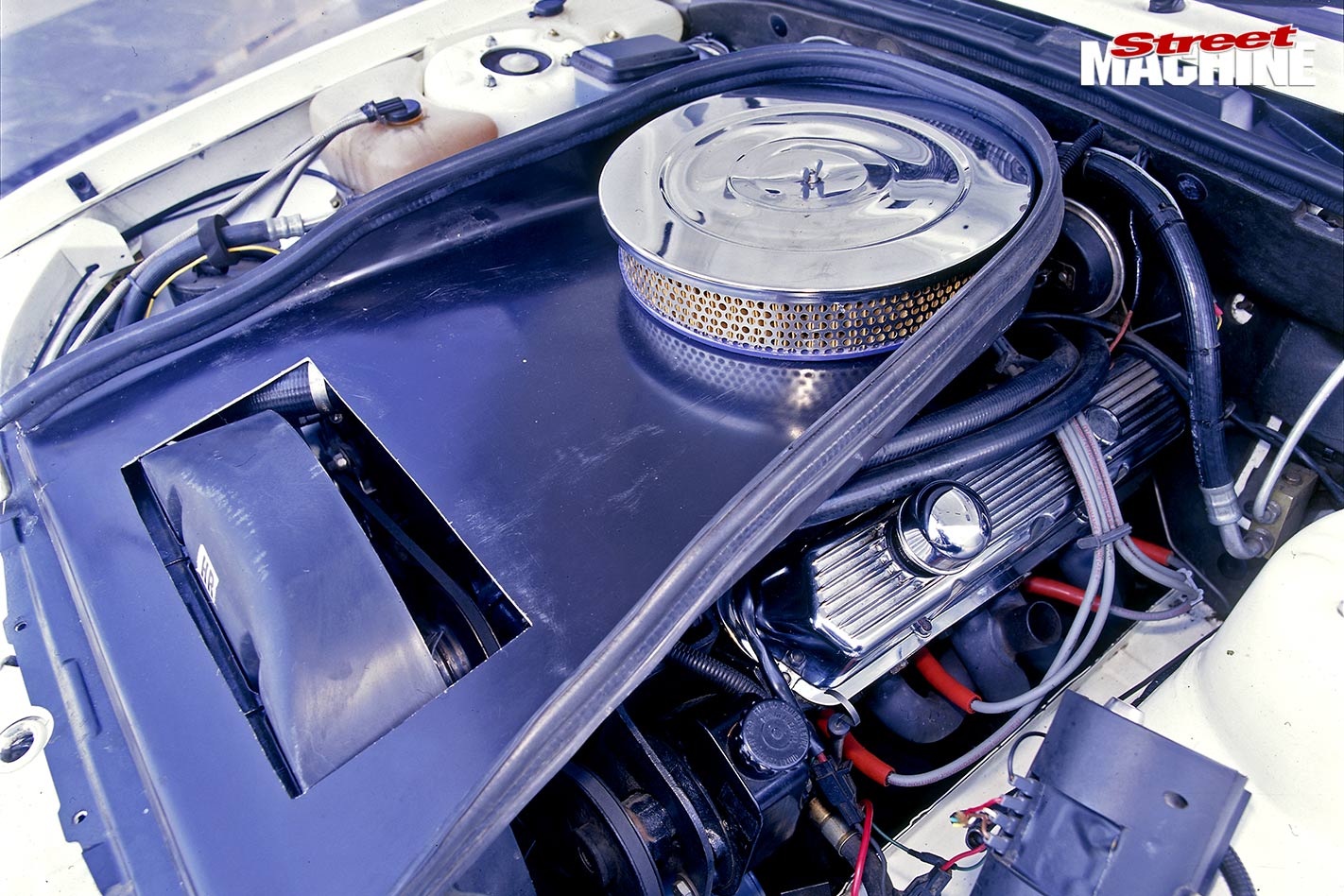 Malcolm had a car that looked like it should be at Bathurst, so he went to work to make it perform like a James Hardie contender. The not-so-mild 308 V8 was transformed into a power-packed 312-cube grunter with a ground and polished crankshaft, L34 rods, valve springs, intake and exhaust valves. The pistons for this king Commodore are Speed Pro, Headcraft took care of the porting of the cylinder head, matched to which is an Edelbrock Torker inlet manifold. The motor was assembled by Greg Ocello, who runs a red-hot Pro/Gas 350 Chev-powered Torana hatchback.

“The car originally had a Holley 650 double-pumper carbie, but it used so much fuel it was incredible,” says a now-relieved Mal. “It’s been replaced by a Quadrajet, which was tricked up by Ian Tate. He played around with it to get it to run high horsepower. I lost around seven horses in the swap, but the car is much more driveable. It still oils up the plugs around town, but a real blast now and then sorts it all out!” The only problem with such grunt was finding a gearbox that would cop the pounding. Nothing in the Holden parts bin would do the job.

Malcolm grabbed a Ford TopLoader and machined it to a Hurst Super Shifter and McLeod clutch – no slippage now. The Commode was fitted with CenterLines, but Malcolm didn’t think they matched the image of the car. He ditched ’em in favour of Simmons, 16x9 at the front and 16x10½ at the rear. Keeping these off the ground are Yokohama A008s. Stopping the rock’n’roll are Bilstein shocks and some really heavy-duty springs – 195lb up front and 320lb at the rear. Guess what – they were custom-made for a Commodore by Lloyd Moss Spring Works. 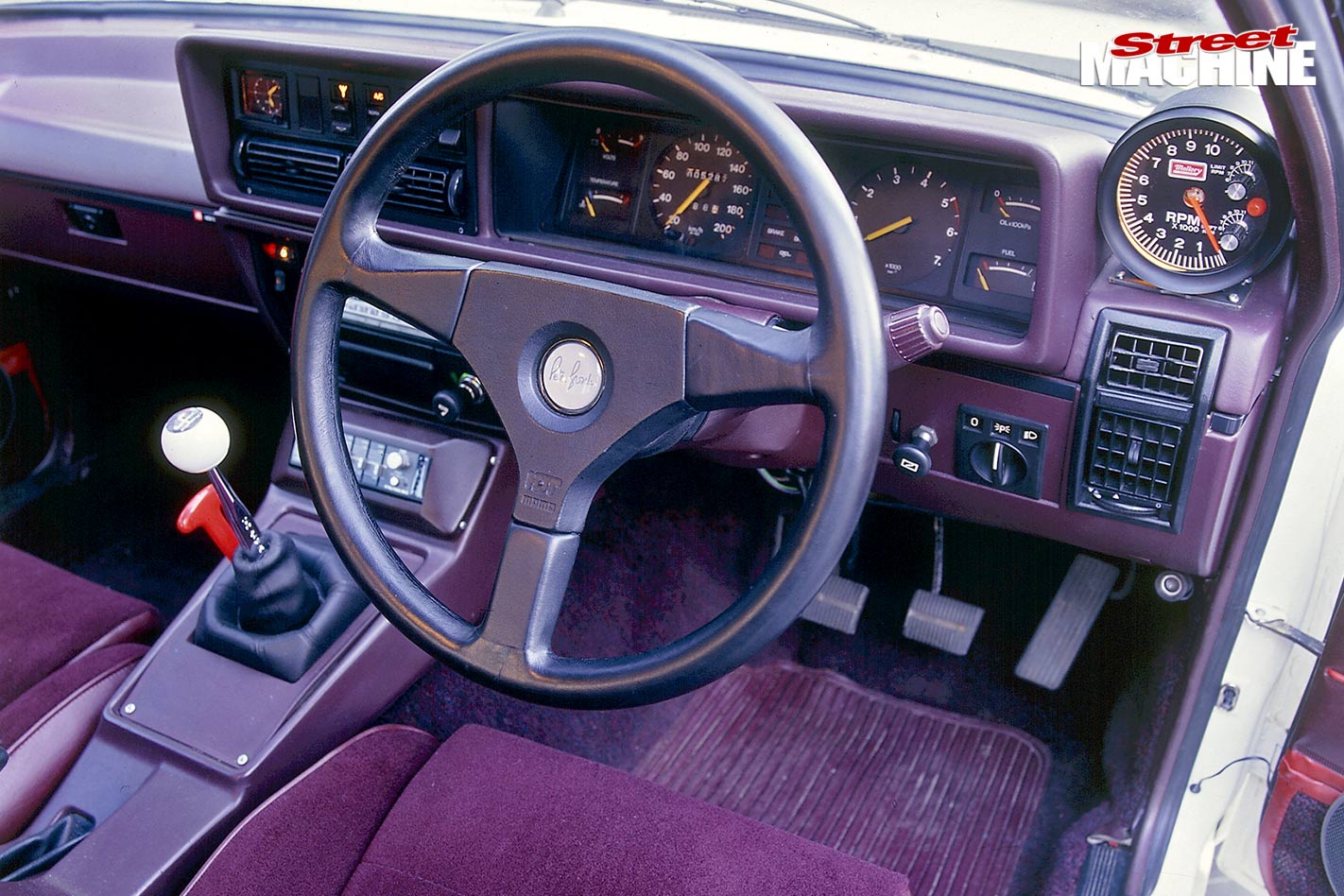 “The ride is quite good actually, because they’re progressive-rate springs. The Bilsteins also iron out the bumps and thumps,” says Mal. Because of the Commodore’s performance, Malcolm had a good look around for a set of brakes that’d bring all the go to a quick whoa. He decided on discs from the Commodore VL Turbo. He matched these to the beaut aluminium calipers used on the new Corvette, what’s more!

Inside, our horsepower-addicted ad man went the whole hog, fitting Recaro seats and having everything in sight retrimmed in SL/E claret velour by Bob Virgons of B&D Trimming. Very neat.

But Mal isn’t into creature comforts. “This car was built for fun,” he says. “It’s just built for going fast and I’ve decided to do some club racing with it. There’s another advertising bloke who has a Porsche 911 Carrera who wants a race. But I reckon I can beat him.” Now wouldn’t that wake up the advertising shiny bums!