Benny Leat owns three Holden VH Commodores - this one has an angry 355 stroker under the bonnet and is called Mrs Brown - the other beige VH Vacationer is called Richie Benaud!

HE MIGHT work in the R&D department at the Ford Motor Company in Geelong, but Benny Leat bleeds red. He’s a big early Commodore fan, and this stealthy Vacationer is just one of three VH Commos he’s got on the go at the moment. You might remember his stunning red 355-cube VH Commodore sedan (SM, Jun ’16), but Benny reckons this shopping-trolley wagon is even quicker! Your Vacationer looks like a grocery-getter, but we suspect it’s hiding something; what’s the combo?

Well I was looking for a Holden 308 to put in it for two or three months, as it came with just a standard 202. My mate had this 355 stroker in his VK Calais that he was pulling out for an LS1 swap, so I ended up buying the complete engine off him. It was originally built by Dandy Engines with ported VN heads, a big Crane flat-tappet camshaft and Crane roller gear. It’s a pretty stout thing; it made 520hp on the engine dyno running about 11.5:1 compression and on 98-octane. I can put a bit of avgas in it if I want to make a bit more power, but I haven’t bothered yet. And how does it get that power to the ground?

The transmission is a TH400 built by DTM Auto in Geelong; it has a TCE 6000 high-stall converter and it actually drives really nice on the street. The cam starts making power around 4000rpm and I usually set the limiter around 7500rpm, so it all works well. The boys at Geelong Diffs did the rear end. We used a VL wagon housing shortened with 3.9 gears, full spool and 31-spline axles. It’s not tubbed or anything, so I’ve got 235/60 ET Streets and they fit nice with the two-inch lowering springs in the back. 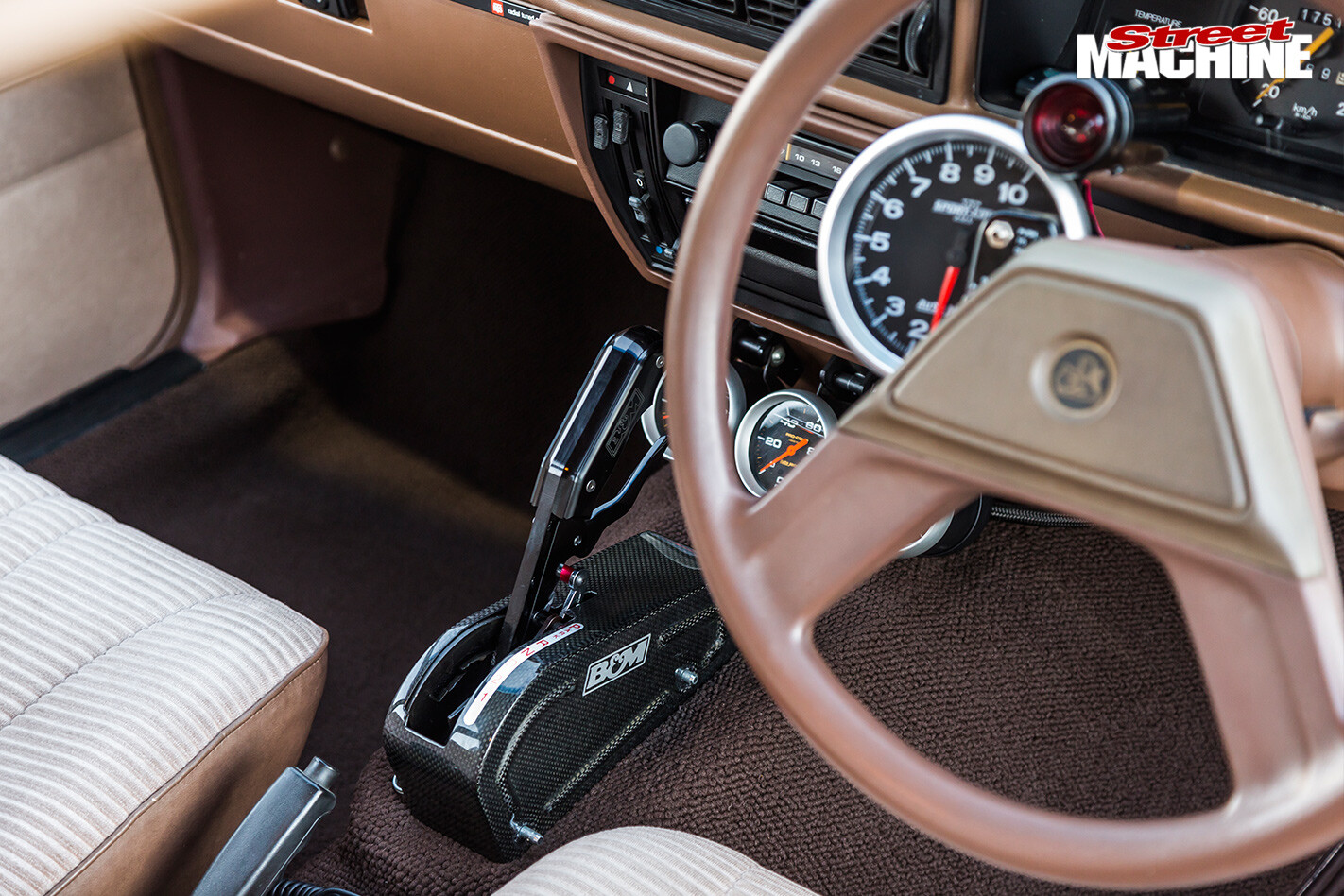 Have you raced the car? 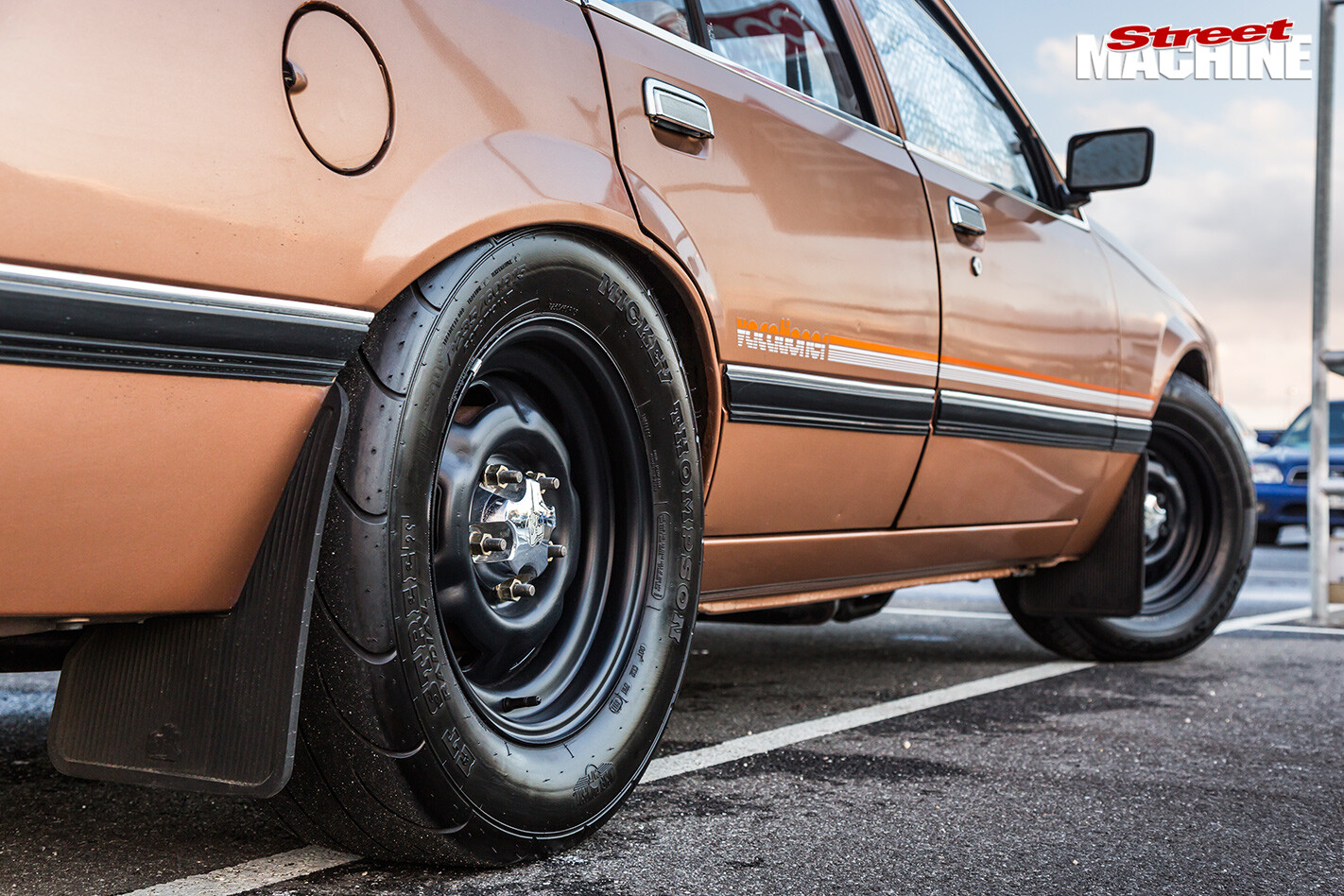 The body looks mint; did you do any work to it?

It’s all 100 per cent original! I haven’t done any rust repair or paint touch-ups, as it was preserved in a shed for a number of years. It was just covered in dust when I got it, so I spent about a week cleaning everything and polishing it. It came up surprisingly well. Even the interior was nice, I just steam-cleaned the seats and replaced some of the carpet. The dash had lost some of its shine and we tried a bunch of different products on it, but the thing that worked best was some peanut oil we had lying around! 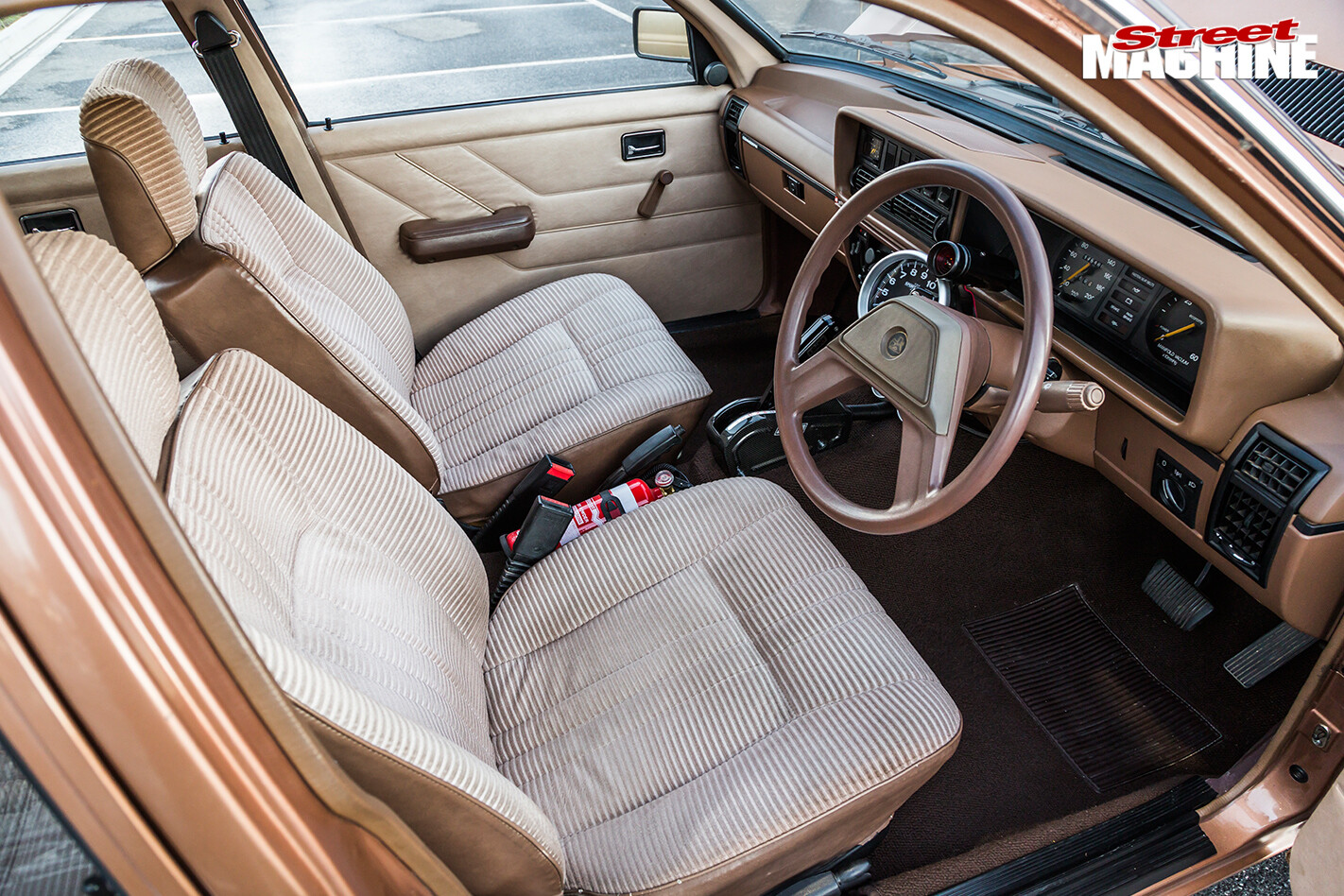 What made you want to build a sleeper?

It was never supposed to be a quick street car! When I bought it I was just going to keep it as a surf hack to go cruising in, with a basic 308. But then after a few beers with my mates I ended up buying this tough motor, so I had to upgrade the rest of the driveline to suit! How did the car get the name Mrs Brown?

Well, I name all of my cars. Similar to the engine deal, we were having a few drinks and one of the boys had just seen the Mrs Brown’s Boys show, so this car ended up getting the name Mrs Brown and somehow it stuck! My other beige VH Vacationer got the name Richie Benaud [laughs]. What’s the plan for the other VH wagon?

The body on the beige car is a little bit nicer than this brown car, so I’m selling Mrs Brown and I’ll put together a similar set-up with the beige one. But I think I’m going to do a carby LS1 instead of the Holden motor though. Hopefully I get to the track with the brown one before I sell it; otherwise the new owner better race it, because I really want to see what it will run!