SUCH is the allure of the LS engine family that Holden-powered Holdens are no longer the street-machining staple they once were. But with Todd Foley’s street-driven VH knocking on the door of a nine-second pass, he’s proving there’s life in the venerable little 308 yet. 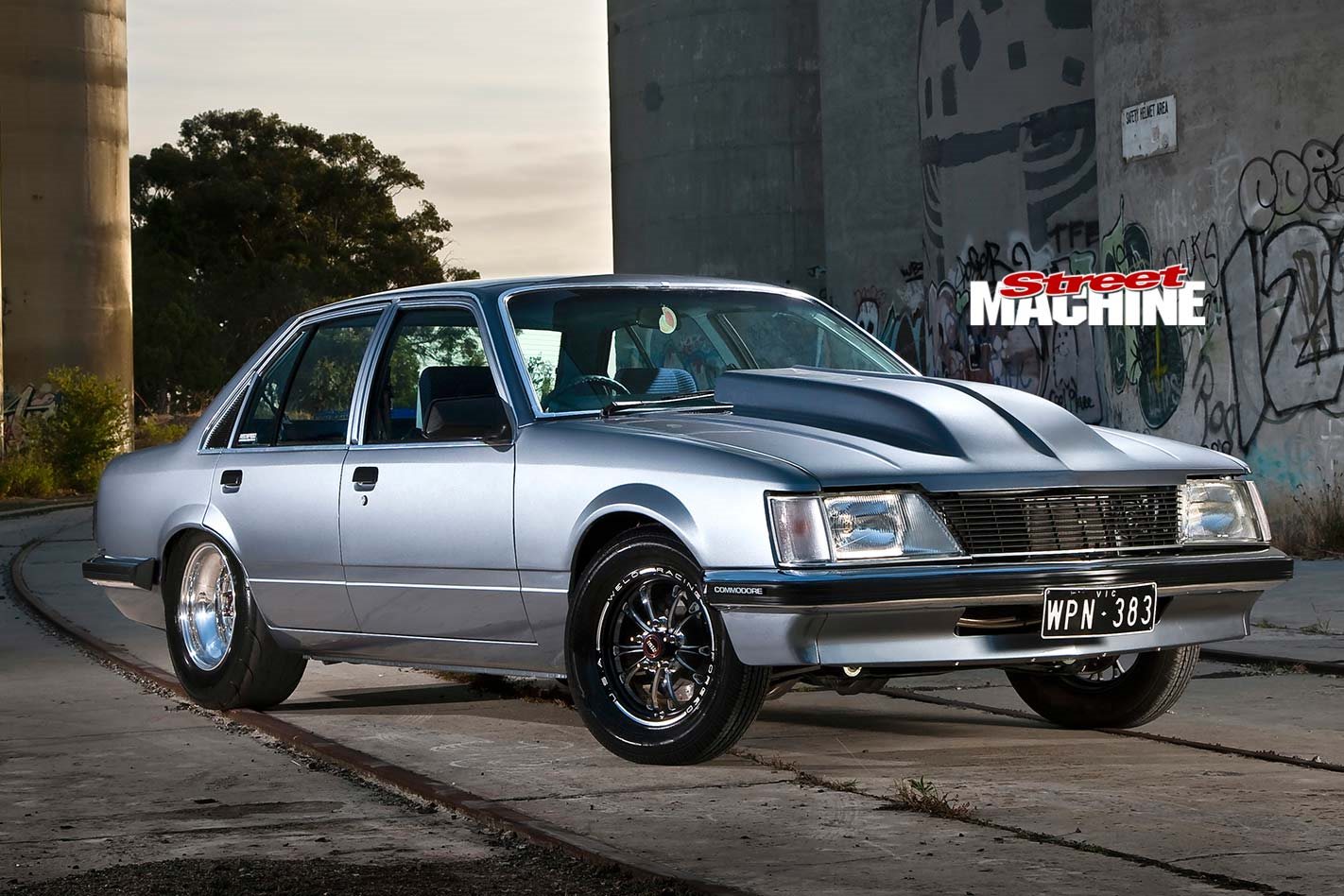 Sure, the engine’s cubic capacity has been stretched somewhat, but there’s no fancy billet crank, big-dollar alloy heads or power-adders to be seen. In fact, with its factory-issue Trimatic slushbox and VL-spec BorgWarner rear, it could be argued that Todd’s machine is fundamentally a pretty mild car. It’s been mini-tubbed to accommodate a modest 255/60/15 drag radial, but aside from adjustable upper rear control arms, the suspension configuration remains entirely stock. 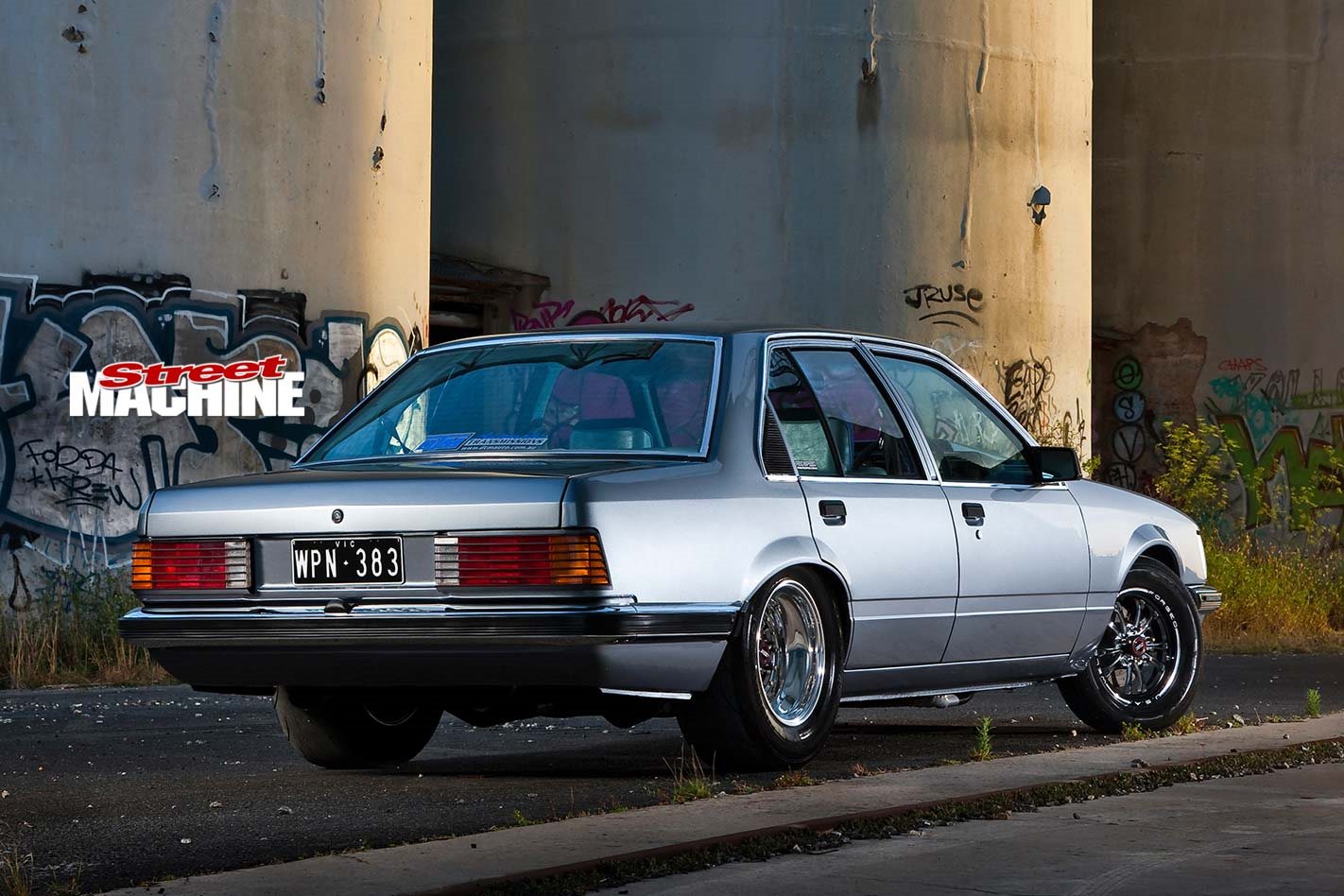 Impressively, Todd has managed to drive the car 100km from his home to Calder Park Raceway, drop the pipes, run a very businesslike 10.1@134mph, and then cruise it home again with a minimum of fuss. With a transbrake, vacuum pump and a couple of engine mods still in the pipeline, the regularly driven streeter looks destined to dip into the single digits.

“I never thought it’d run this fast, but I’m really stoked with how it performs,” Todd says. “My previous car was a VX SS, but eventually I realised that weight is your biggest enemy for racing, so I decided to sell it and buy the VH.” 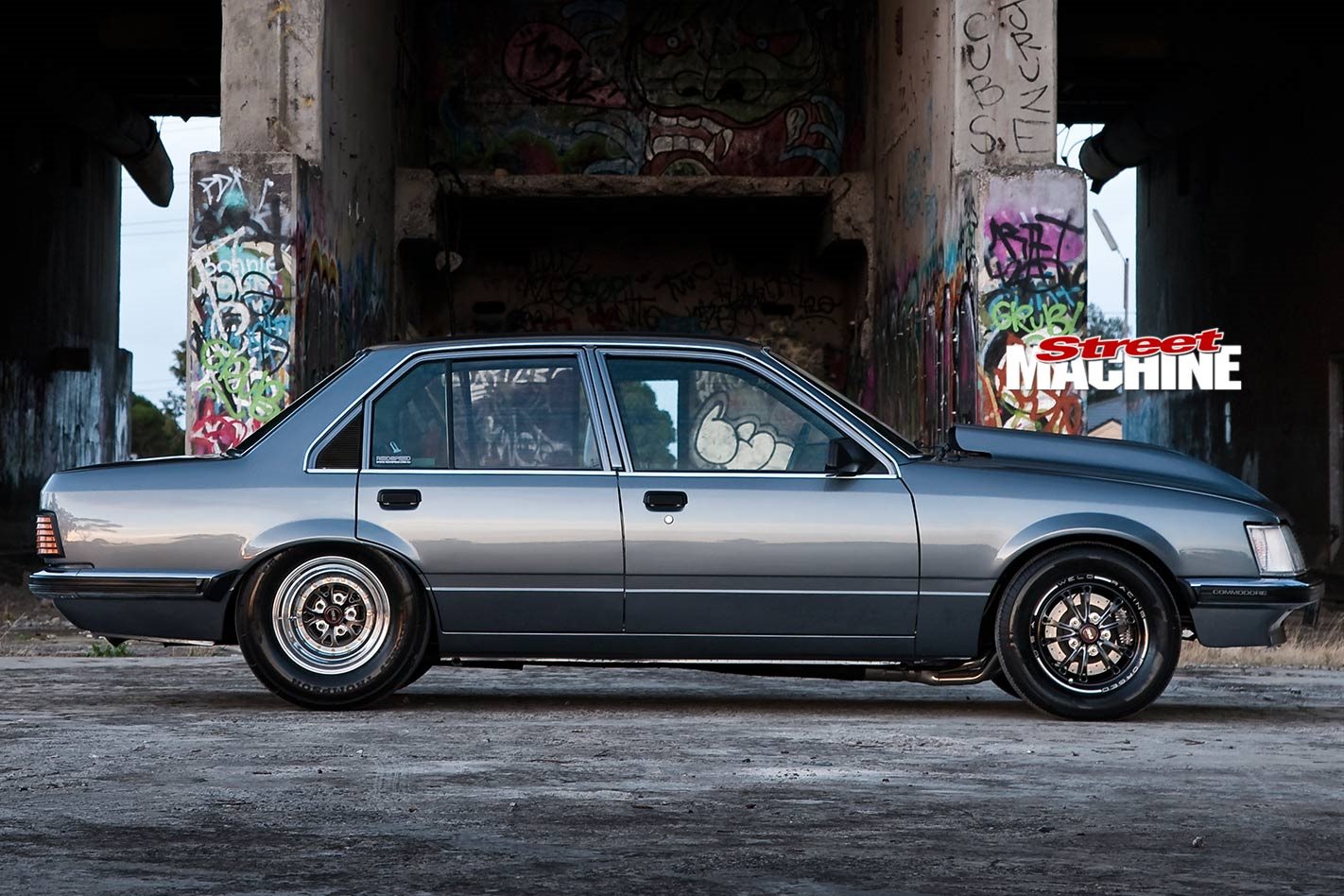 The VH has copped a few subtle body mods, including a shaved fuel filler. The second bonnet with the snorkel scoop is a recent addition, just for the drags

He picked the car up from a mate for the princely sum of $600, having been granted permission from his missus on the grounds that the build would be just a simple engine swap. As you can tell by the gunbarrel-straight bodywork, flawless paint and show-quality engine bay, things ended up going a little further than planned. “It got a bit out of hand,” Todd admits. “I’d had a few cars previously, but hadn’t done a complete job on them and ended up dissatisfied, so I decided to do it properly this time around.”

Watch next: Todd's supercharged VH Commodore on the dyno 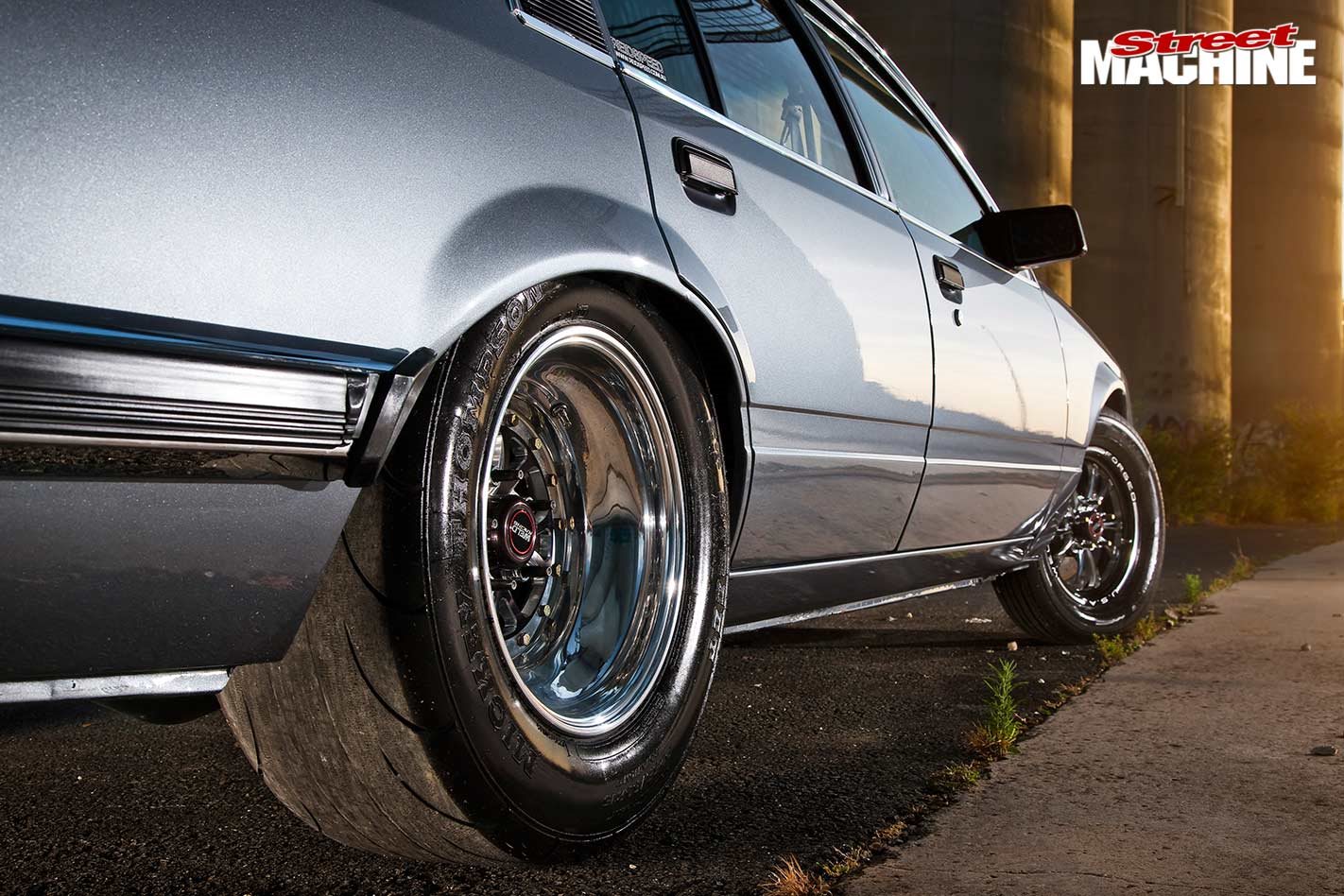 Once stripped, the car was shipped off to Todd’s mate Jesse Boothroyd’s house, where it was mini-tubbed before they went to town on the engine bay with some extensive sheet metal work. Then it was off to another mate, Cam Arkel at Cam’s Metal & Speed, who shaved the fuel filler, extended the side-mould strip into the wheelarch, seam-welded the body, fitted an Alfa four-inch reverse-cowl scoop, and generally knocked the tinwork into shape.

Watch next: Bubba's VH Commodore wins Horsepower Heroes with 2483hp at the hubs 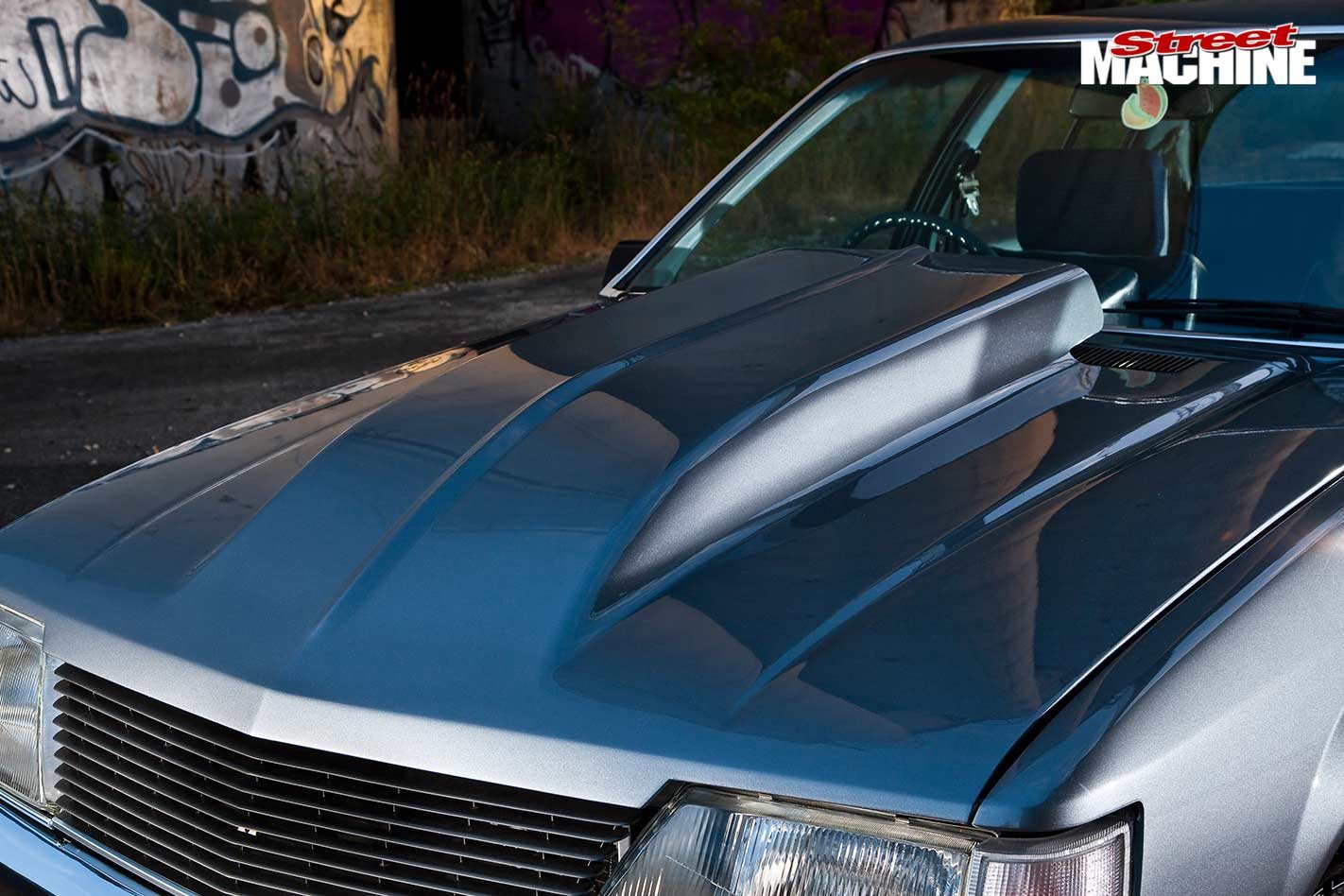 Todd’s brother Luke (we featured Luke’s VH in SM, Nov 2013) then sank a further 100 hours into the engine bay, with a clear goal in mind. “Even though I planned to race the car, I wanted it to have a Top 60-quality engine bay,” Todd says.

To that end, the engine compartment was smoothed to absolute perfection and adorned with every conceivable piece of billet trickery. A later-model VS brake booster and master cylinder was used, and it too is cloaked in a custom billet cover made by Shaun’s Custom Alloy. The fuel line is plumbed into the engine bay through a hidden bulkhead fitting in the inner guard, and the wiring is seemingly non-existent. Even the Harrop single-plane manifold was painstakingly smoothed and colour-coded. 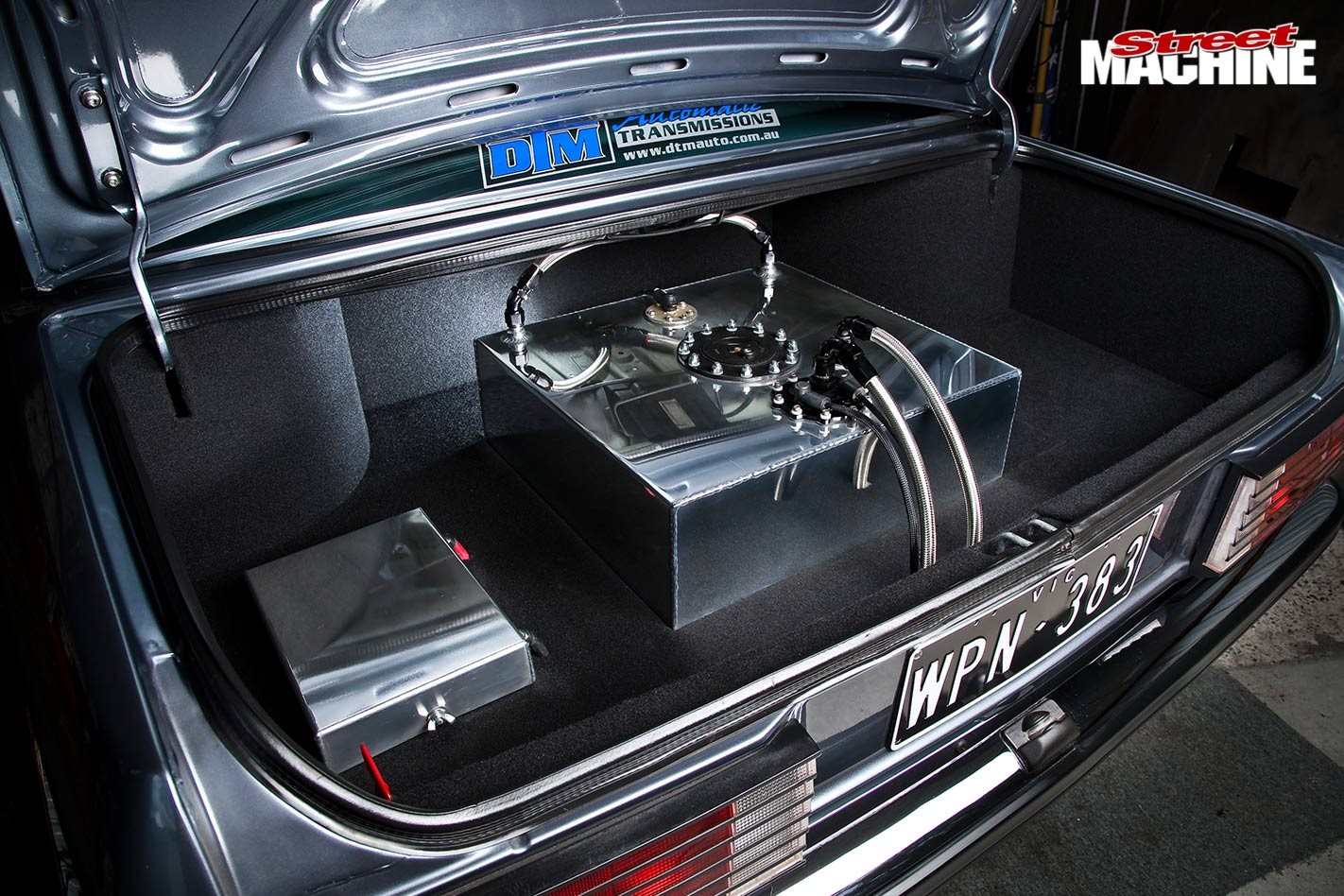 An Aeromotive A1000 pump feeds fuel from the boot-mounted tank to the engine. “It’s running E85,” Todd says, “and we’re running it really fat – it only gets 140km to a tank!”

The motor itself is a Melway Competition Engines-built 383ci Holden that makes almost 600hp at the crank on E85, but by Todd’s own admission, it’s not a particularly exotic setup. The rotating assembly consists of a COME steel crank and I-beam rods, with forged Probe pistons arriving at an 11.5:1 compression ratio. Heads are hand-ported cast-iron VN items with oversized Ferrea valves, and the Crane solid roller cam provides 0.700in lift. Fuelling is handled by a 1000cfm Holley Ultra carb, fed by an Aeromotive pump. 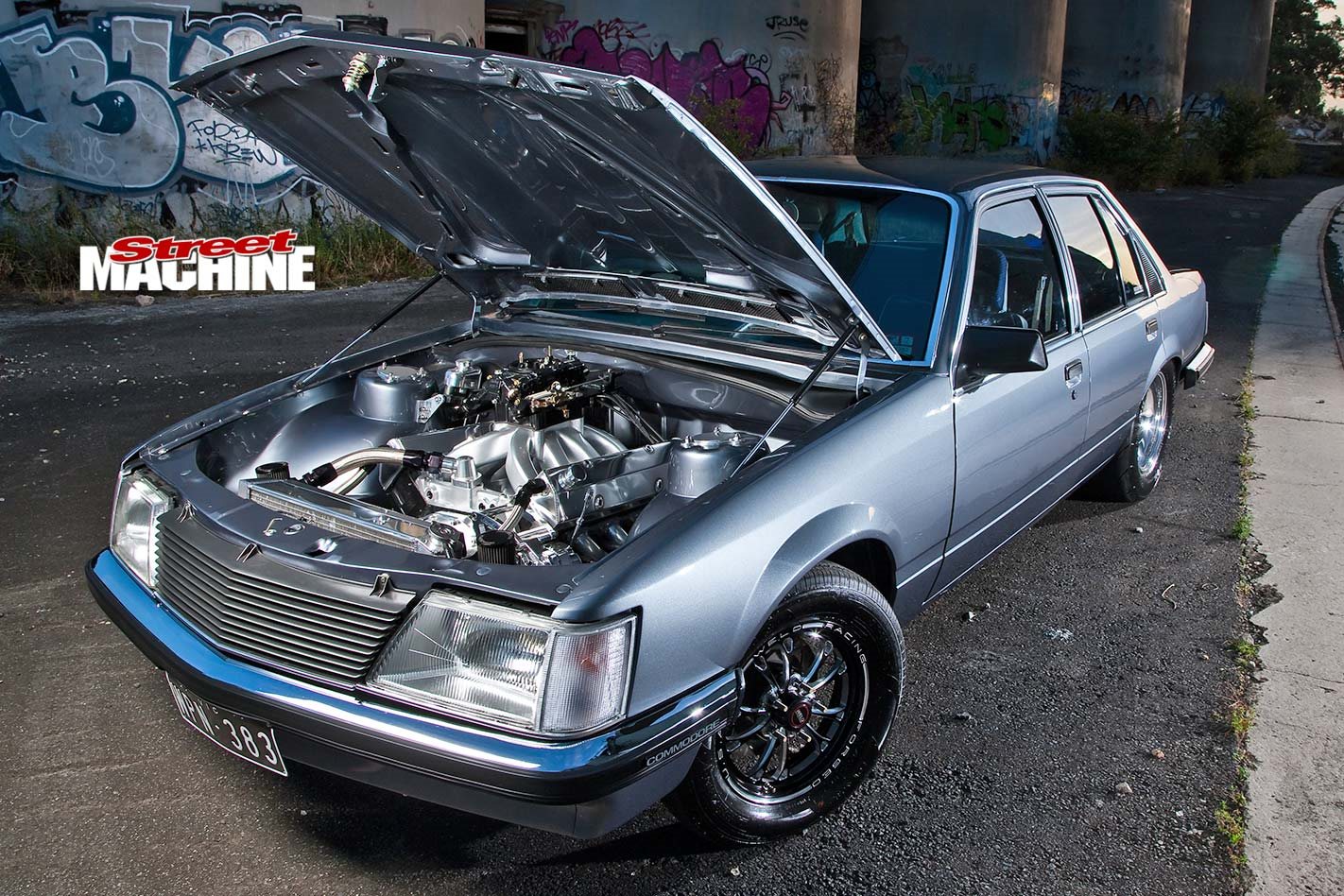 Extensive sheet metal work provides a silky smooth environment for the 590hp 383ci Holden, which is fitted with a host of billet dress-up gear

The manualised Trimatic features a 5500rpm Dominator converter, and is anchored to the block via a Torque Power turbo-to-Trimatic pattern adapter. The BorgWarner rear end runs a Strange full spool, 31-spline billet axles and 3.9:1 gears. 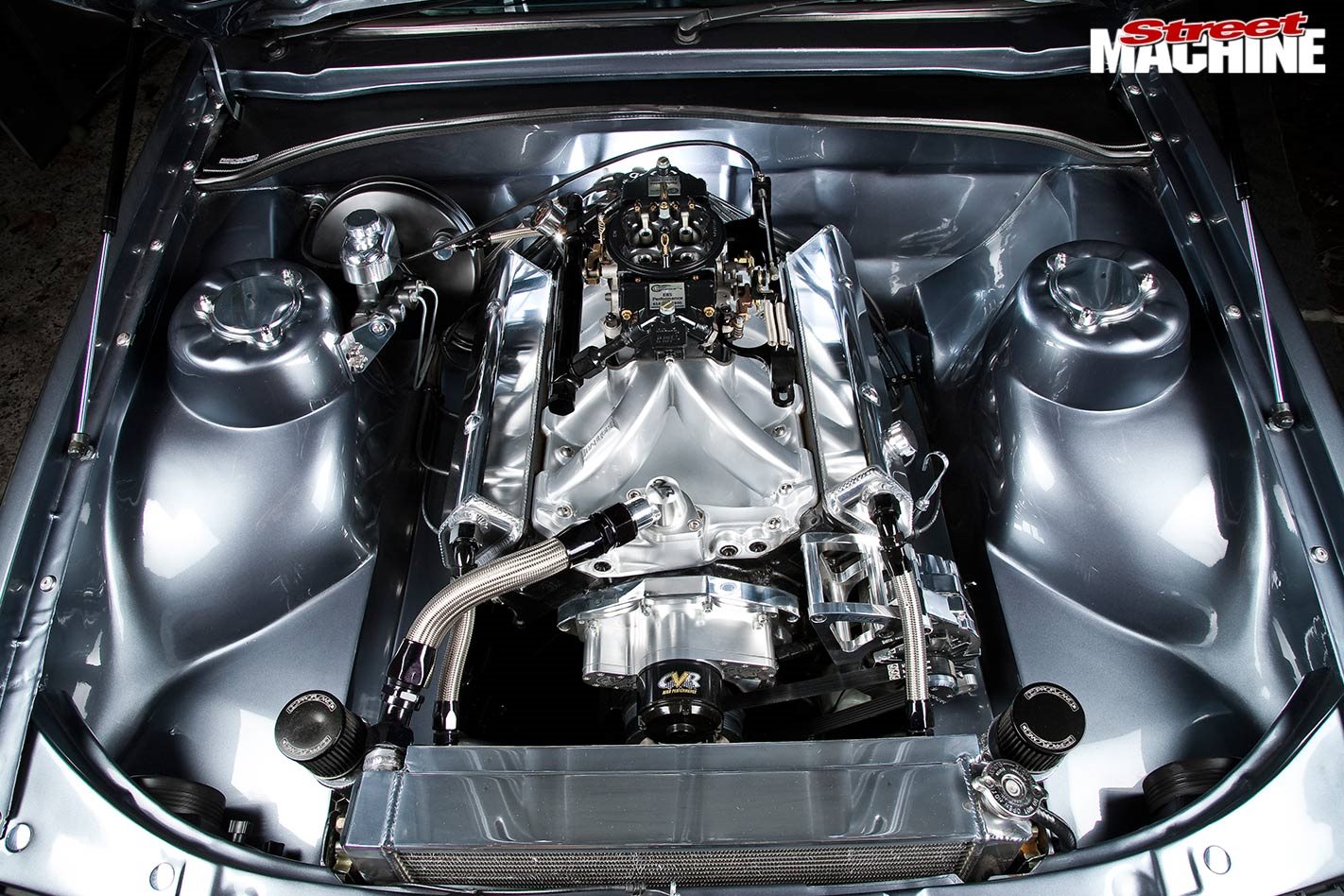 In contrast with the stunningly refined engine bay, Todd hardly had to lay a finger on the interior. Aside from fitting a fresh moulded carpet, fabricating a drop box so that the B&M shifter could be neatly packaged in the factory console, and fitting a MoTeC dash and datalogger in place of the factory instruments, it’s all original, mint-condition 1980s-issue hardware. 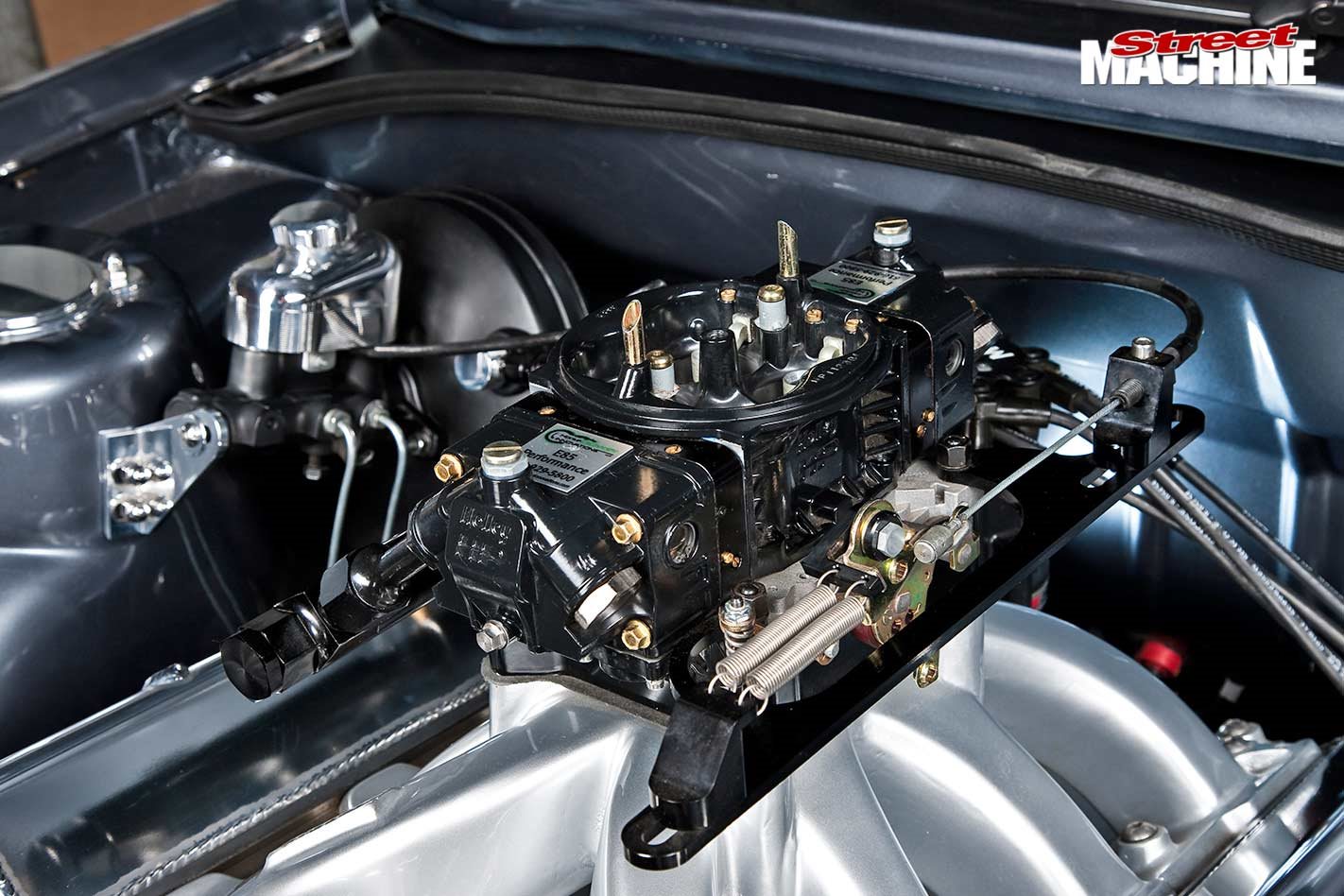 “I wanted it very clean and standard inside,” Todd says. “The cable for the datalogger plugs into the cigarette lighter, and during a pass it can record air/fuel ratio, water temp, oil pressure, fuel pressure, volts, speed, G-forces and wheel spin. It’s a very handy tool for racing.”

Despite the car scoring a trophy at the Geelong All Holden Day, just for looking pretty, Todd’s immediate priority is racing. 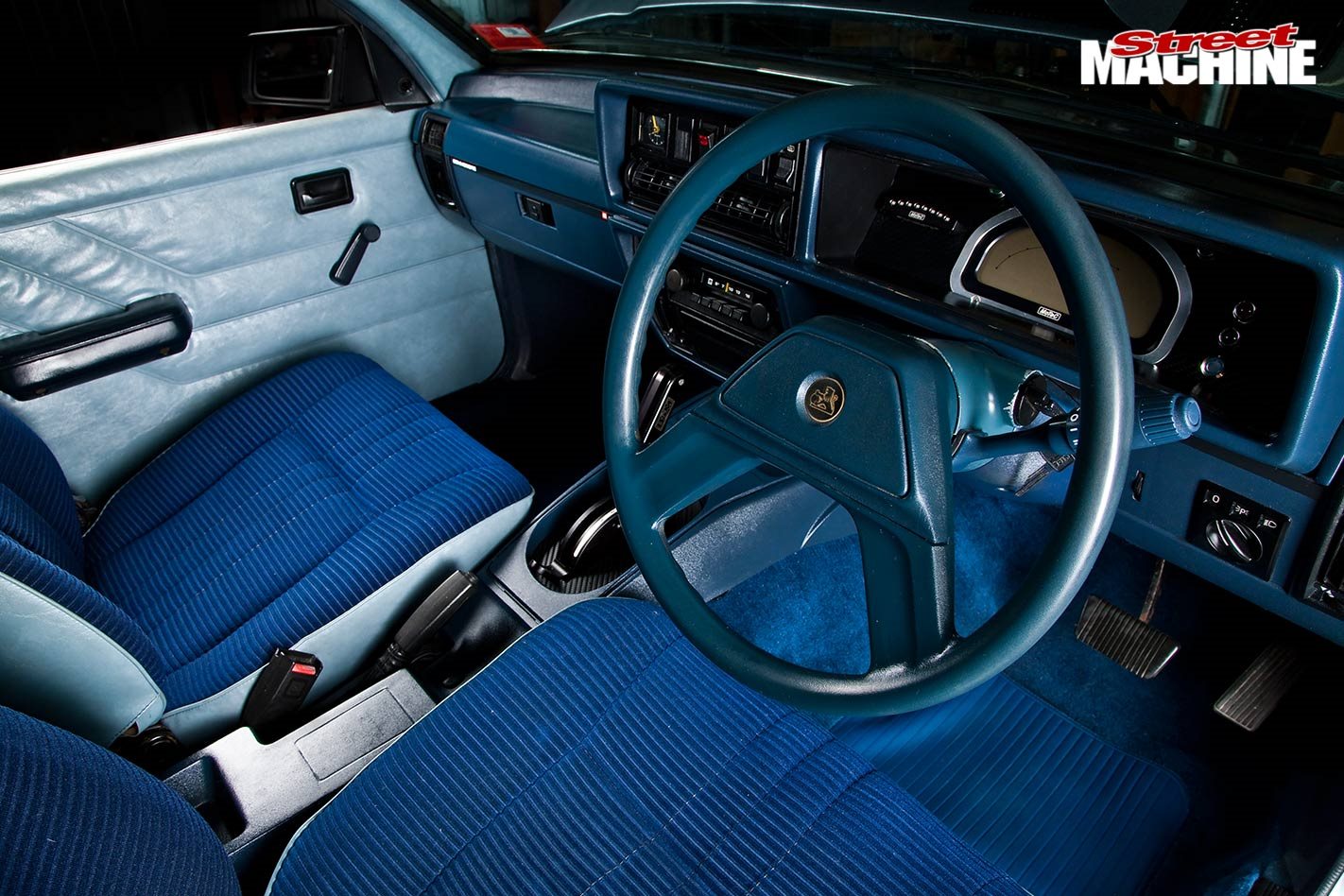 Stepping inside, you’d swear it was 1984 all over again, were it not for the MoTeC dash and B&M Pro Bandit shifter – and that’s just the way Todd wanted it

“I really want to run a naturally aspirated nine-second pass; I see that as a real achievement,” he says. “There’s still plenty more power to be had from the engine, and we have some other changes planned that should help get the car there.” 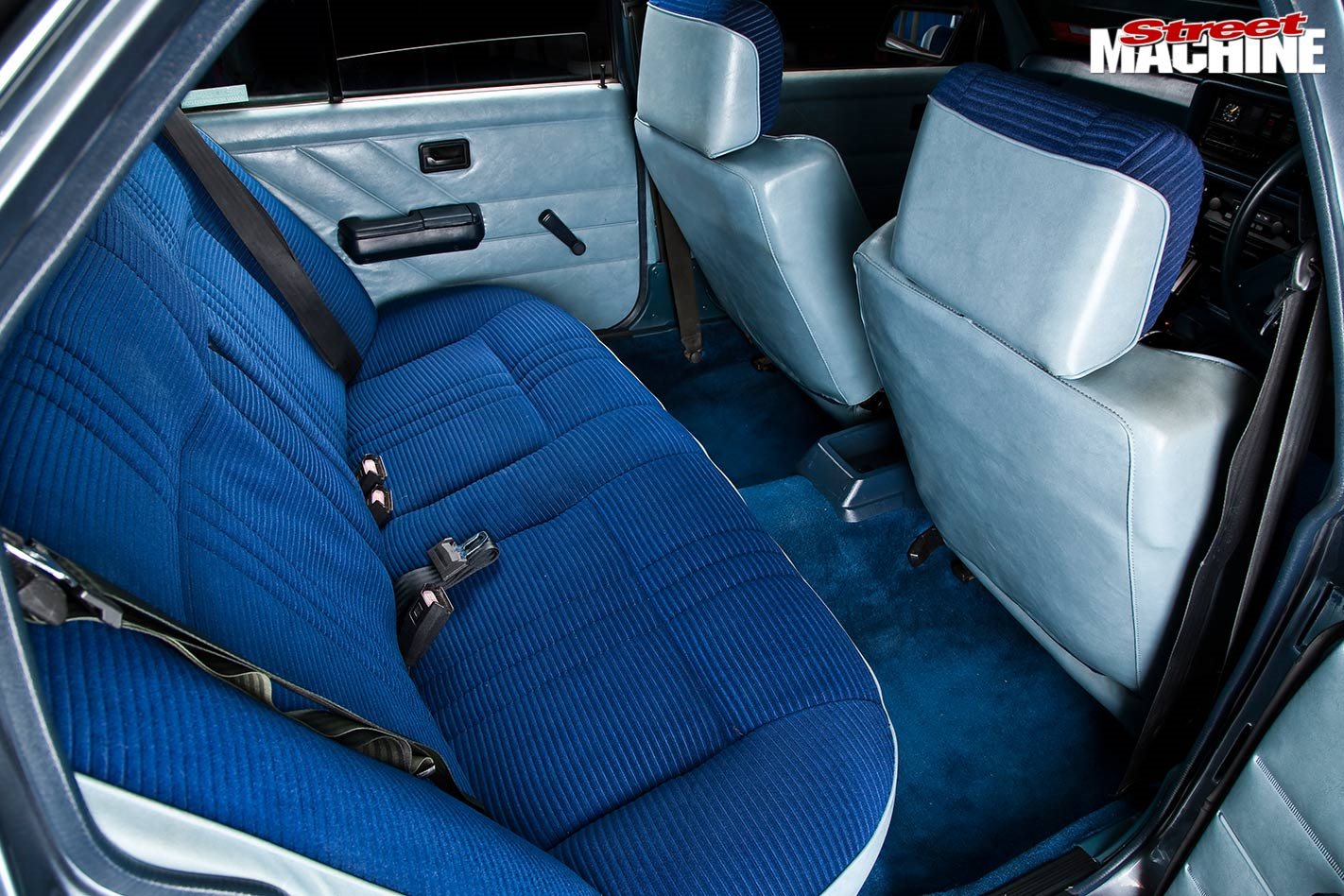 Todd says he had an unlikely ally during the build. “A close family friend, who is 82, surprised me by paying for the paint and panel work,” he relates. “He said he would have left money in his inheritance, but that he much preferred to see the car finished. Even though he’s in his 80s, he can still hear the car coming from blocks away when we visit him.” 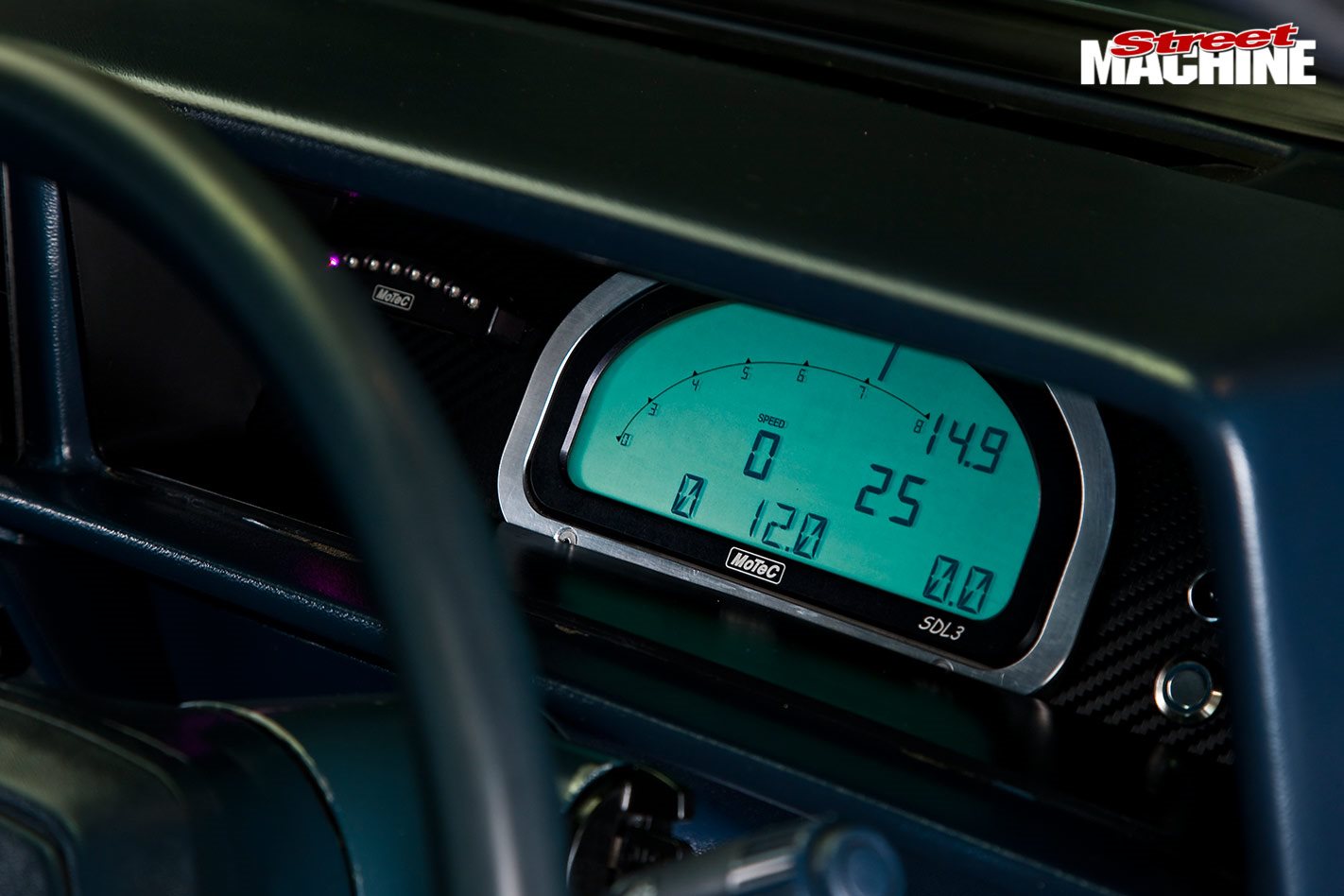 And it hasn’t bothered his wife too much that the original scope and budget of the project blew out considerably. As it turned out, she’d also been squirrelling away some cash, and made a financial contribution to see the project over the line just when funds were beginning to run low.

“Sometimes I think the missus still wishes I was in the shed working on the car and not in the house getting in her way like I am now!” 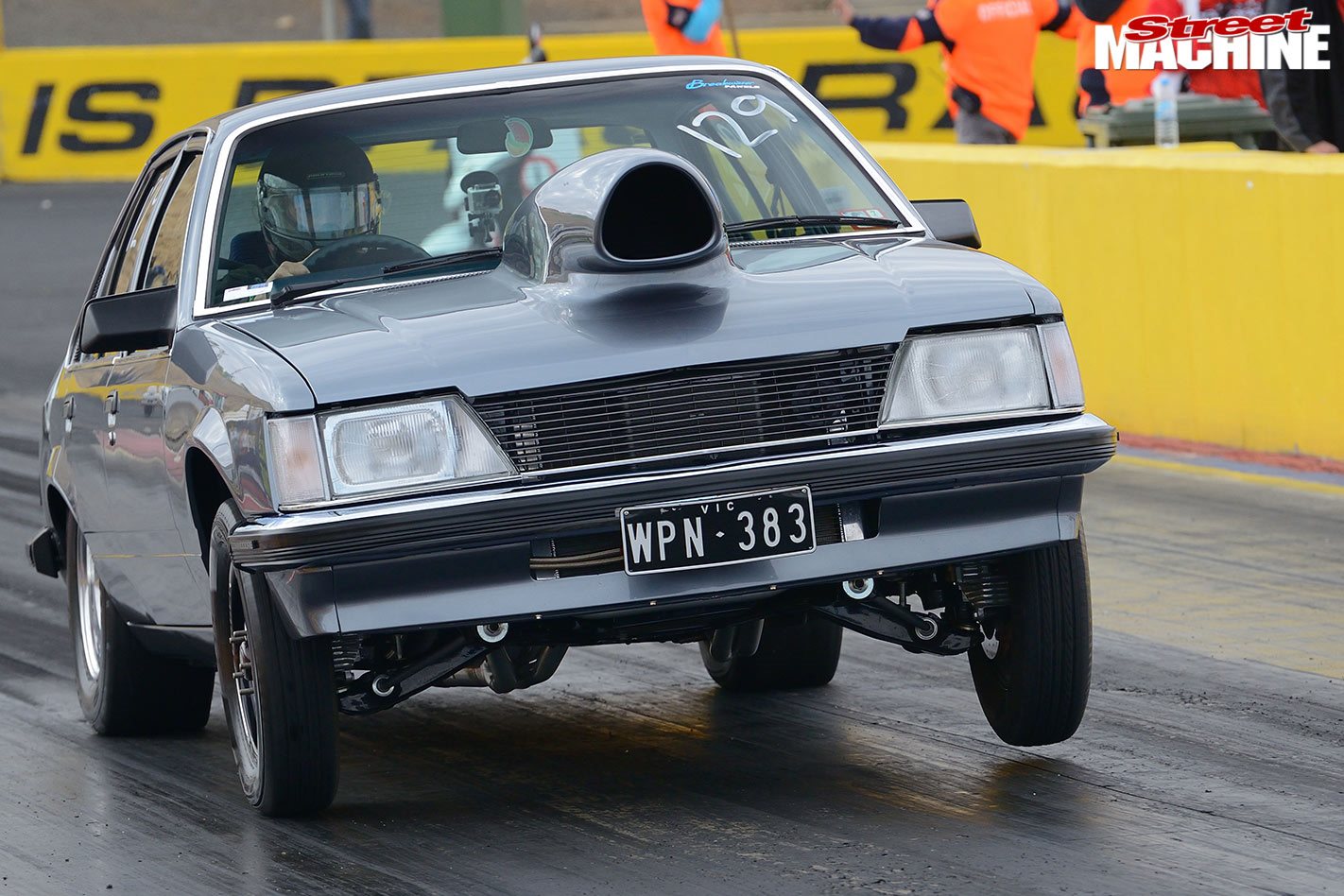