WHEN Adam Wheeler handed over the cash for this VL Commodore, it was already a bit of a head-turner. Decked out with Calais appointments, finished in a neat custom blue paintjob and fitted with an injected five-litre V8, five-speed and custom-trimmed interior, it was a turn-key proposition. Adam simply got on with the business of enjoying the car, cruising the wheels off it with his family for two trouble-free years, until December 2012 when it all went south.

“It had an engine bay fire,” Adam says. “Luckily I had a fire extinguisher in the car, but the damage was bad enough that I parked it up at my grandparents’ place while I saved every dollar I could to get it back on the road.”

It probably seemed like a shitty thing to have happen at the time, but with the benefit of hindsight the fire was the catalyst for Adam to step the car up from a modest weekend cruiser to a bit of a toughie, and one that’s refined enough to jag some tinware at Australia’s Biggest Horsepower Party.

The VL Calais is a modern classic, and while Adam’s VL isn’t a genuine Calais, it’s got all the good bits. A cool custom colour, tastefully proportioned billet wheels and a significant reduction in ride height are all it needs

Adam spent the two years following the fire stockpiling funds to rebuild the car. Once the finances were in order, he sat down for a chat with his good mate – and the bloke widely acknowledged as being Australia’s foremost first-generation Commodore guru – Damien ‘Chubby’ Lowe at Lowe Fabrications. A plan was hatched, and the VL was taken to pieces for a rebuild.

In the interest of cost efficiency, it was decided to leave the exterior paint and interior trim largely as-is, and focus on the powertrain, engine bay, stance, brakes and a bunch of subtle tweaks to make the most of what was already there. After all, the Calais look was a winner and the tastefully trimmed custom interior was still in respectable shape.

The area of the car where Chubby and Adam really flexed their creative muscles was in the engine bay – it’s an absolute showpiece. The motor itself was rebuilt as a 355ci stroker by Tyson Munro, using such goodies as a Scat crank and rods, SRP pistons and ProFlo-ported heads with oversized valves and roller rockers.

The crowning glory is the holy grail of Holden V8 performance – the highly sought-after VL Group A SS twin throttle manifold. The base was powdercoated and the plenum painted in body colour, but the really trick part is the rear-facing intake piping, a one-off CNC-machined billet piece that draws cool air from the car’s plenum area. It’s one of a number of innovative touches in the engine bay that set it apart from the hordes of Commodores on the scene.

Most of the remaining billet pieces were plucked straight from the Lowe Fabrications catalogue, including the strut tops, rocker covers, brake master cylinder cover and bracket, thermostat housing, timing cover and brake booster check valve. The gorgeous accessory drive system from Reidspeed is another Australian-made billet component that looks perfect and works great.

Ingenuity abounds in this engine bay, as does billet aluminium! The twin-throttlebody injected 355 stroker is controlled by a MoTeC M84 ECU and has made 340rwhp thus far, with more tuning and refinement still to be done

Plenty of custom fabrication also took place in the engine bay, from the boxed chassis rails to the smoothed inner wheelwells and flat firewall, which was shaped around the brake booster. Infill panels were created to box in the rear of the headlights, while Aaron Gregory from Memphis Hell Custom Vehicle Builders knocked up the radiator support panel, which props up a polished PWR alloy radiator.

Chubby fabricated the rearward-facing intake in sheet metal, before having it copied and reproduced in CNC-machined billet aluminium. The fibreglass cowl cover has been slotted to allow cold air into the plenum area, where a K&N pod filter is located

The 355 is backed by a T5 five-speed with an Xtreme heavy-duty clutch and Mal Wood hydraulic set-up, which funnels grunt rearwards to a 3.9:1-geared BorgWarner. The anchors were upgraded to DBA 330mm rotors with AP Racing four-piston calipers up front, while VT HSV brakes were fitted out back. Adjustable XYZ coil-overs reside at all four corners, allowing Adam to dial in the desired ride height.

Adam has a desire to further update the interior, but it’s not such a bad place to be as it sits. He has no idea what the seats are out of, but suspects it’s a Japanese sports car of some kind. In any case, they’re comfy and they look beaut

Prior to the rebuild the VL was fitted with VE Redline wheels, which weren’t quite in line with the car’s new identity. Instead, 19x8in Intro Vistas were shod with 235/35/19 tyres and fitted up. It’s a good look.

The interior was left largely untouched, except for new carpet and custom scuff plates. A new centre console was also fitted, and the shabby fit and finish of the dashboard was addressed. The new instrument cluster employs cutting-edge technology – it’s CAD-designed, 3D-printed and loaded with Dakota Digital gauges for a more
modern look.

There was plenty of hard slog involved from Adam and the Lowe Fabrications team, but if early results are anything to go on, it’s been well worthwhile. The car picked up Top Engine Bay in the hotly contested Street class at Summernats 31, and Best Engine Bay, Best Sedan and Best Overall Entrant at the 2018 Kandos Street Machine & Hot Rod Show.

“I really didn’t expect to win anything; I was just taking the car along to cruise it, so I was stoked,” Adam says. “In a year or so I want to give it a full respray and get the interior redone to get it up to scratch, but it’ll probably get out of hand and I’ll spend another 50 grand on it!”

The onset of 3D printing is starting to trickle down into the street machine scene, and this custom-made instrument cluster is a great example of how complex, low-volume, bespoke parts can be manufactured relatively easily. The gauges are from Dakota Digital

For now, Adam plans to enjoy the car for what it is – a stunning example of a popular model that can cruise, win trophies and make the occasional pass at the drags. Mission complete!

THE ENGINE BAY IN DETAIL: 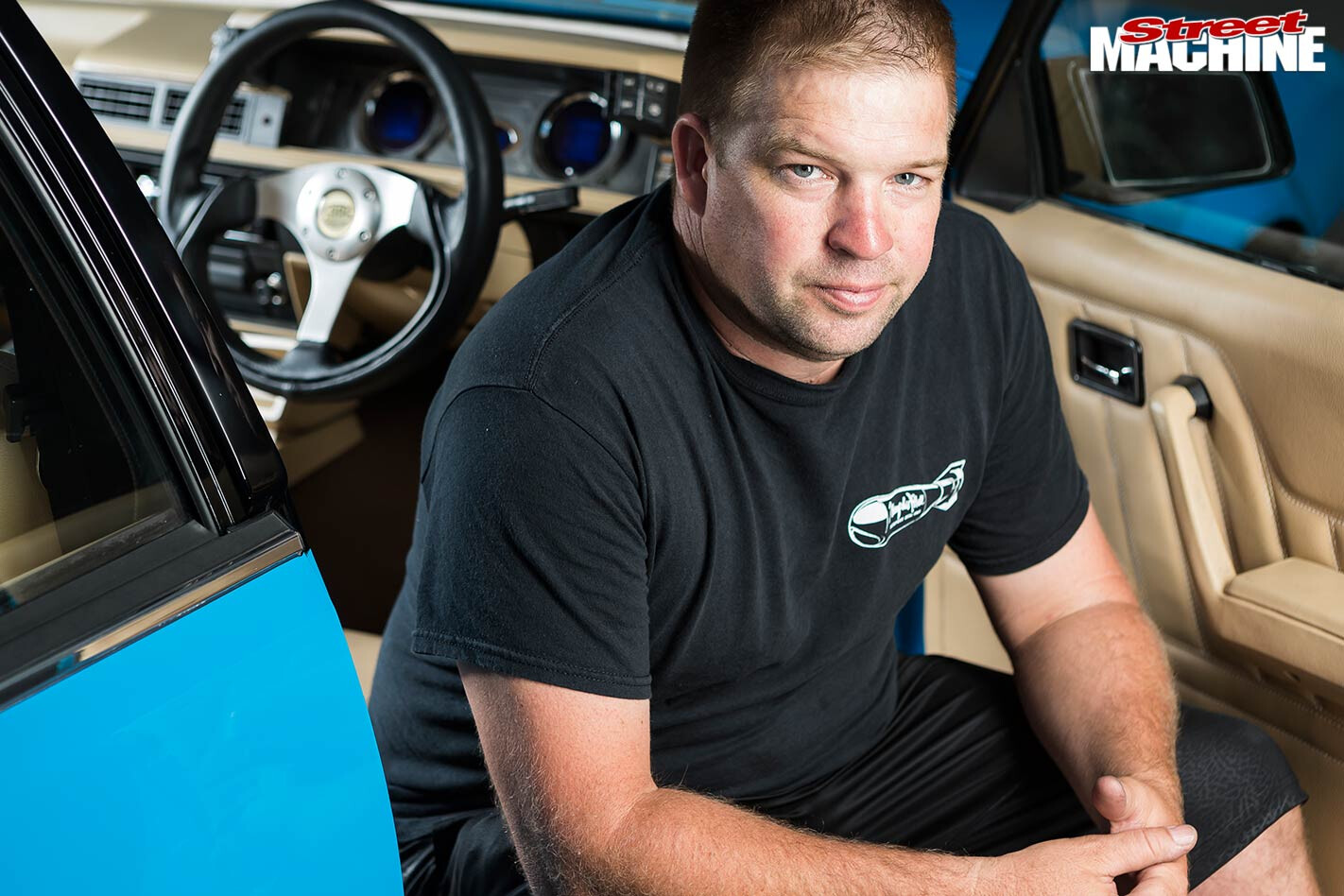