Chucking a turbocharged Toyota inline six in a Mitsubishi van might be unconventional, but there is method in Chris Ethell's madness

YOU have to wonder what Chris Ethell was thinking when he decided to put a single-turbo Toyota 1JZ motor into his Mitsubishi L300 van, but I promise you it actually makes a lot of sense. 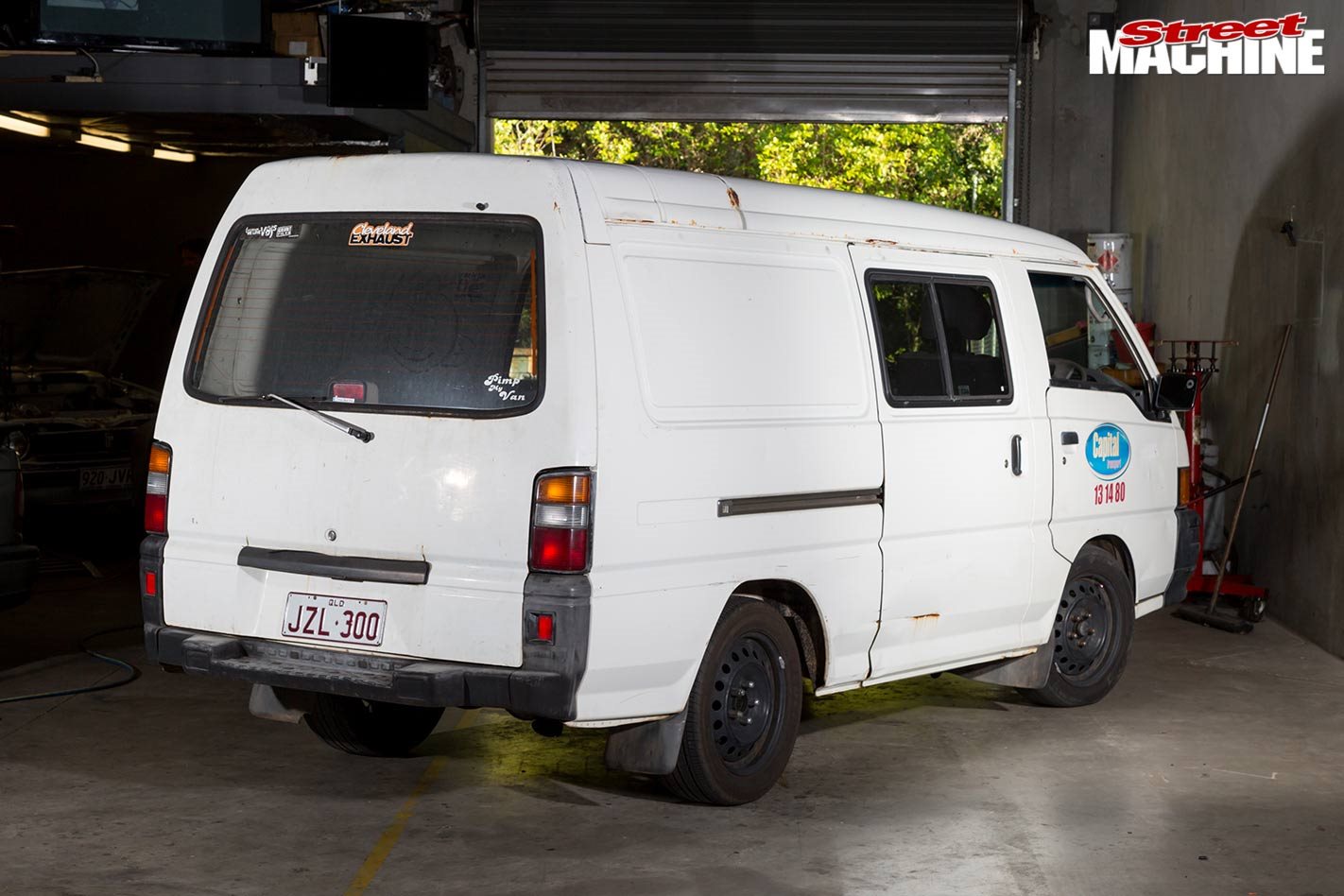 Let Chris explain. “I bought the van a few years ago for $200,” he begins. “It wasn’t running right, so we fixed it up and I was just going to use it for one job and then sell it.” But once he experienced all the conveniences of owning a van, Chris just couldn’t part with it. “I started using it every week for work, then we took it camping and stuff; it was really handy,” he says. After a couple of years Chris lent the van to a mate to use for a few jobs here and there. “He ended up getting a courier contract – that’s where the logos came from – so he was using it every day.”

Eventually his mate decided that driving around in an old van wasn’t for him, so he gave it back to Chris and the next week the motor blew. Spewing. 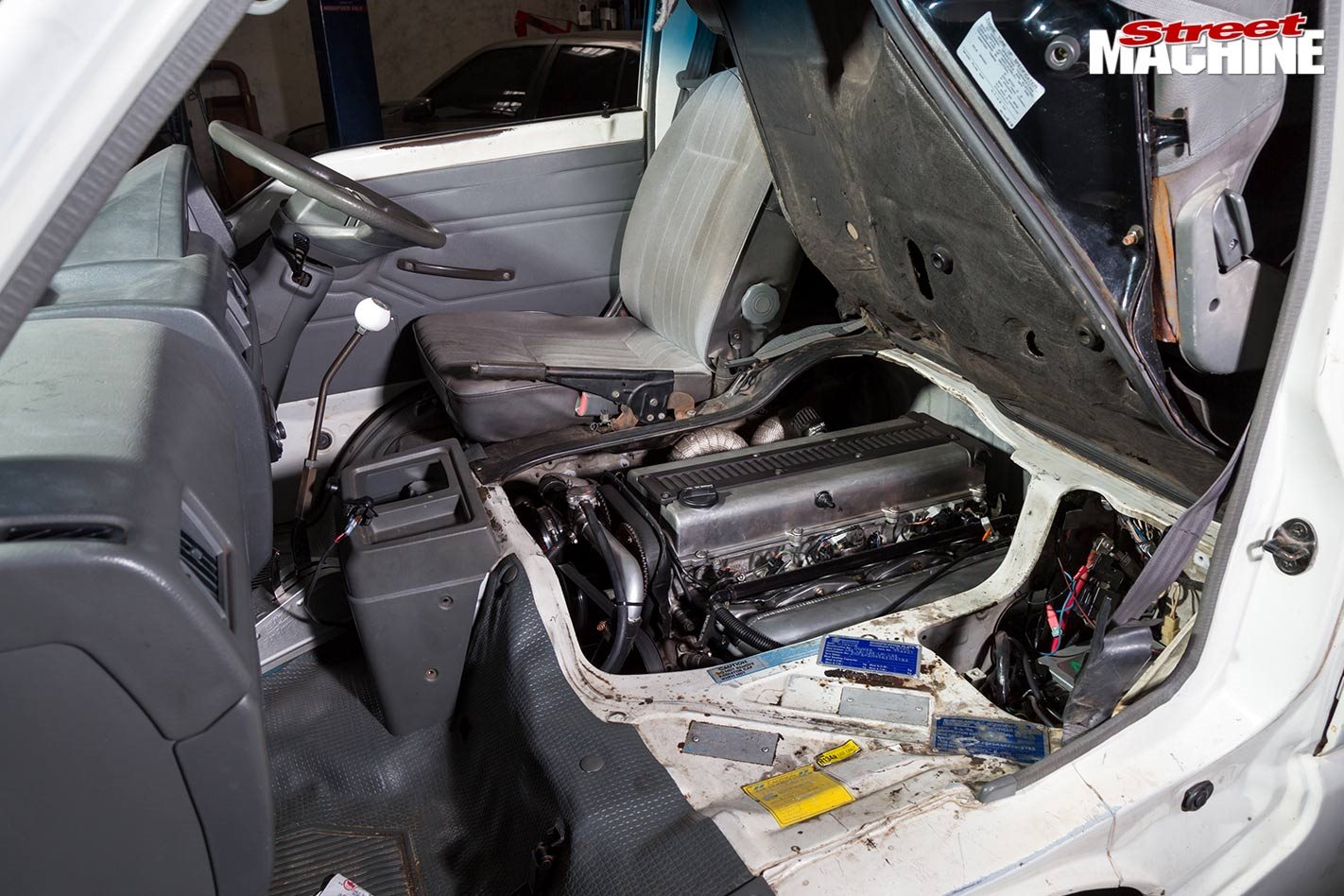 There is method in Chris's madness - it was simply far cheaper than replacing the stock motor when it blew. Not to mention it’s run a high-12 best so far, and Chris reckons it will be good for 11s if he can get it to hook up

“A replacement motor was going to be around $2000,” Chris explains, “so instead I bought a twin-turbo 1JZ-powered Soarer for $900 and took the whole lot to a mate’s workshop and swapped it in.” See? Told you it made sense. 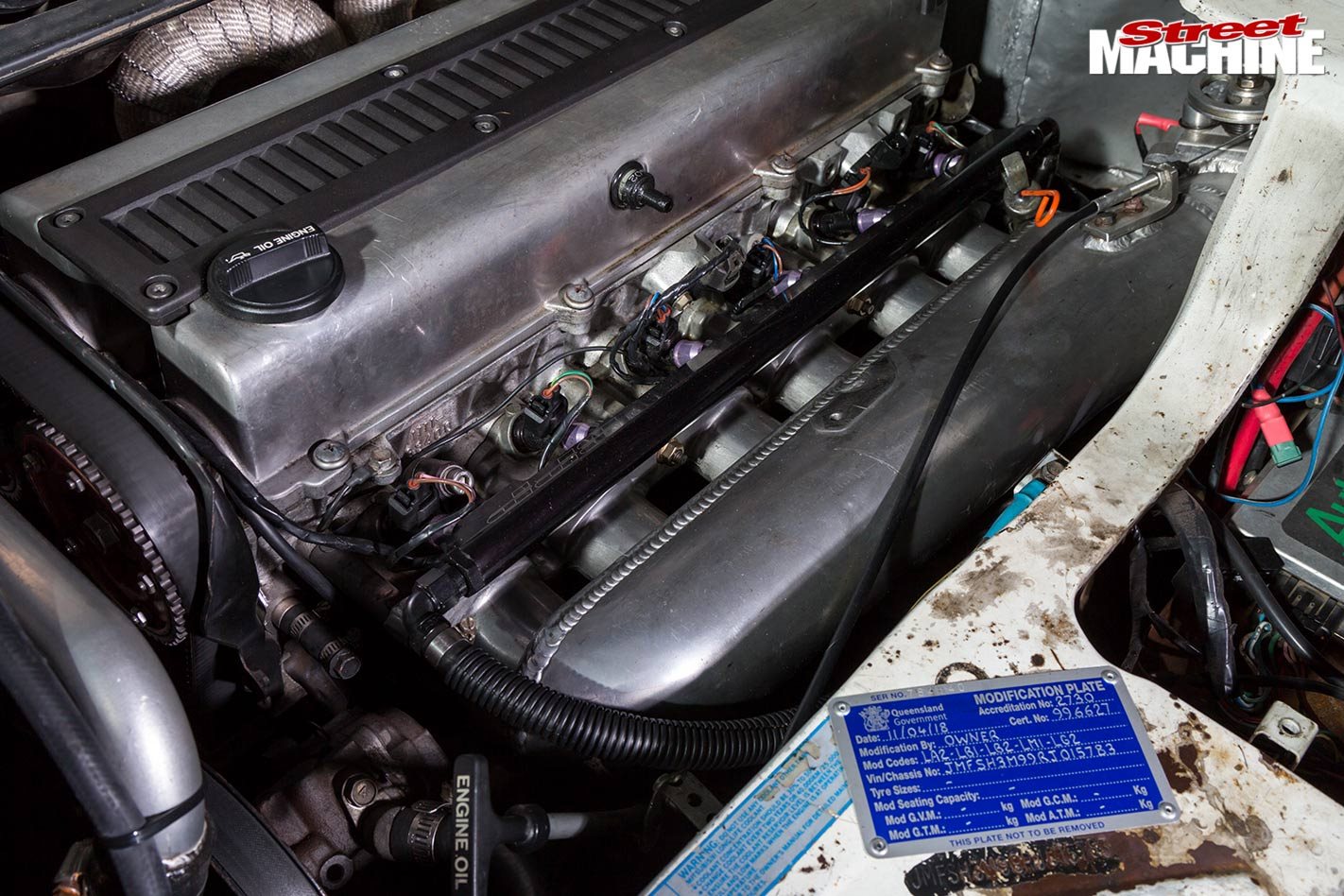 Yep, Chris’s 1JZ-powered, 400hp Mitsu van is all good as far as the constabulary are concerned. The L300 is mod-plated for Queensland, so it’s all completely legal. “The standard engine is 2.4L, and this one is 2.5 with a turbo, so there were no dramas getting it engineered,” Chris says

The boys made up some custom engine mounts, had Goleby’s Auto Parts fab up an exhaust manifold for a single turbo, and Chris bought a custom intake manifold off eBay. The intake was slightly too wide for the van’s engine bay, so Chris trimmed about an inch off and reversed it so that the throttlebody was at the rear of the motor. Somehow it all worked! 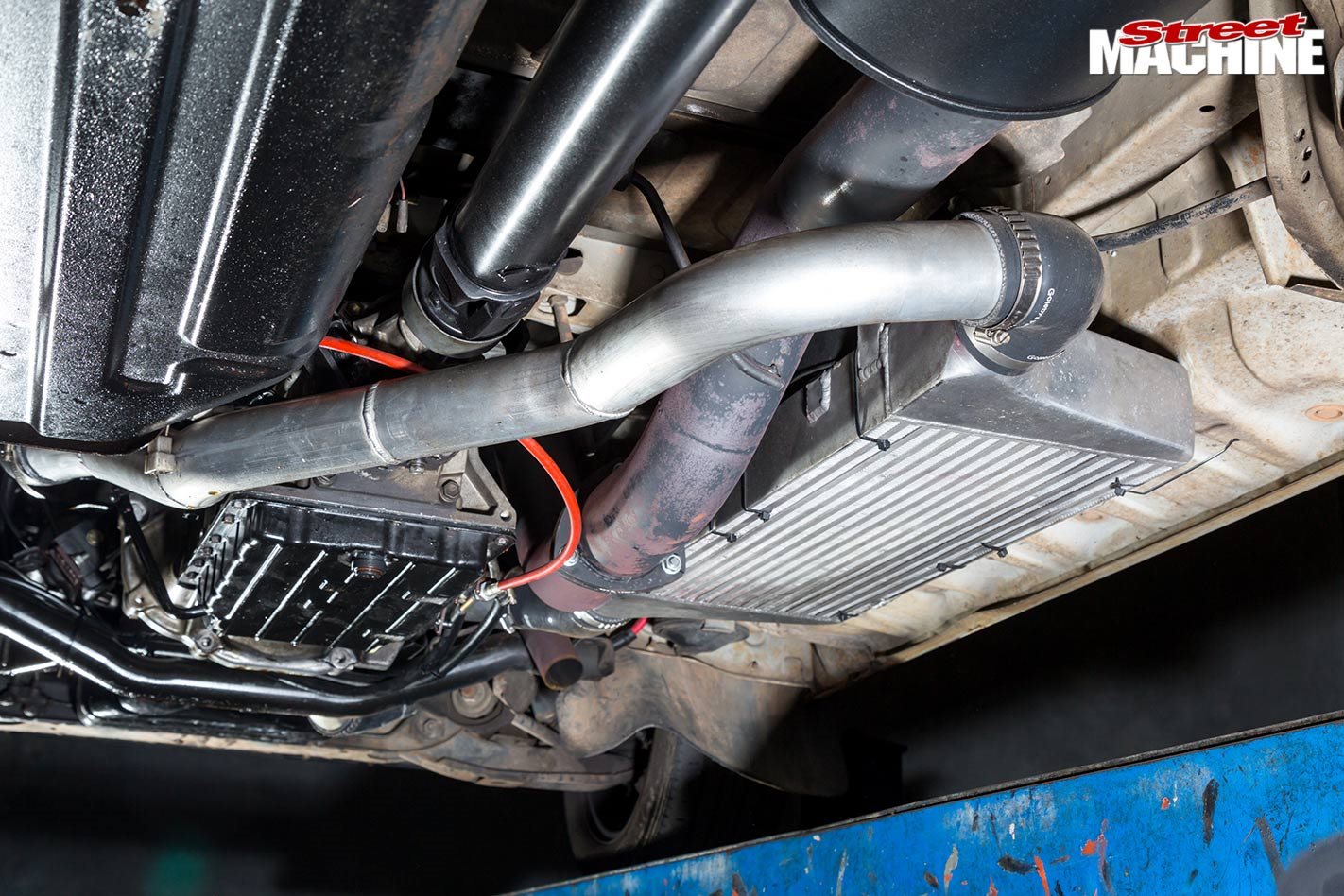 The Garrett GT3582 turbo was something Chris purchased around 10 years ago and just never had a use for – until now. It was plumbed up with a Turbosmart 50mm wastegate, some custom intercooler piping and an eBay intercooler mounted up under the car. A Walbro 460 fuel pump was mounted in place of the factory fuel pump and feeds a set of ID1000 injectors. The whole thing is controlled through an Autronic ECU, tuned by Scott Hoffman from Cleveland Exhaust, who also helped Chris with his turbo 1UZ V8-powered Corolla (SM, Dec ’15). On Caltex’s ethanol blend, which is around E70, the van made just over 400rwhp. 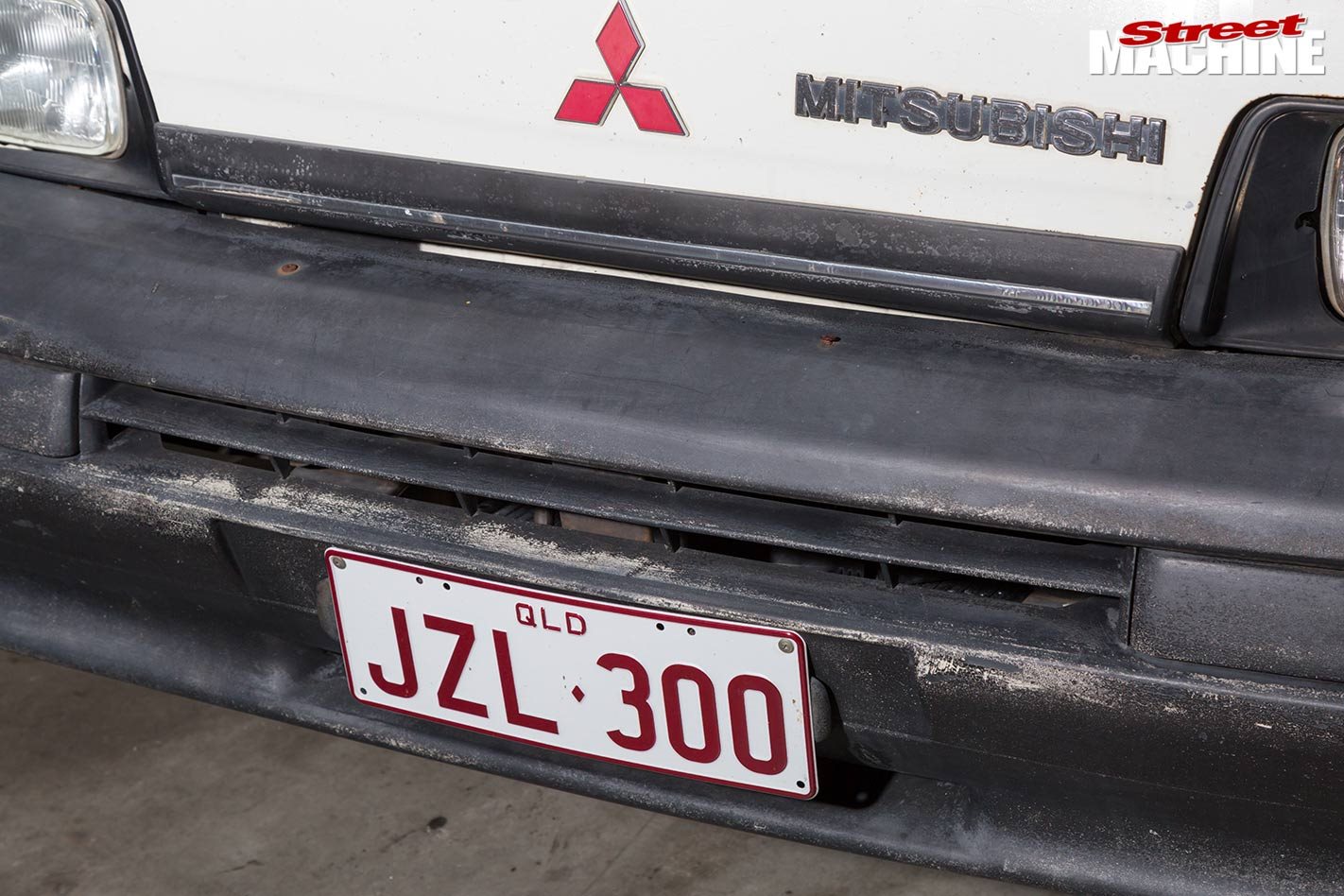 Chris has had up to 30psi boost in the motor, which is dead stock: factory head studs, cams, valve springs – everything! The gearbox is pretty much standard Toyota too; Chris has just given it a manual valvebody and 3500rpm converter. The diff is a 28-spline BorgWarner from an old Falcon ute, just trimmed down to fit the van. 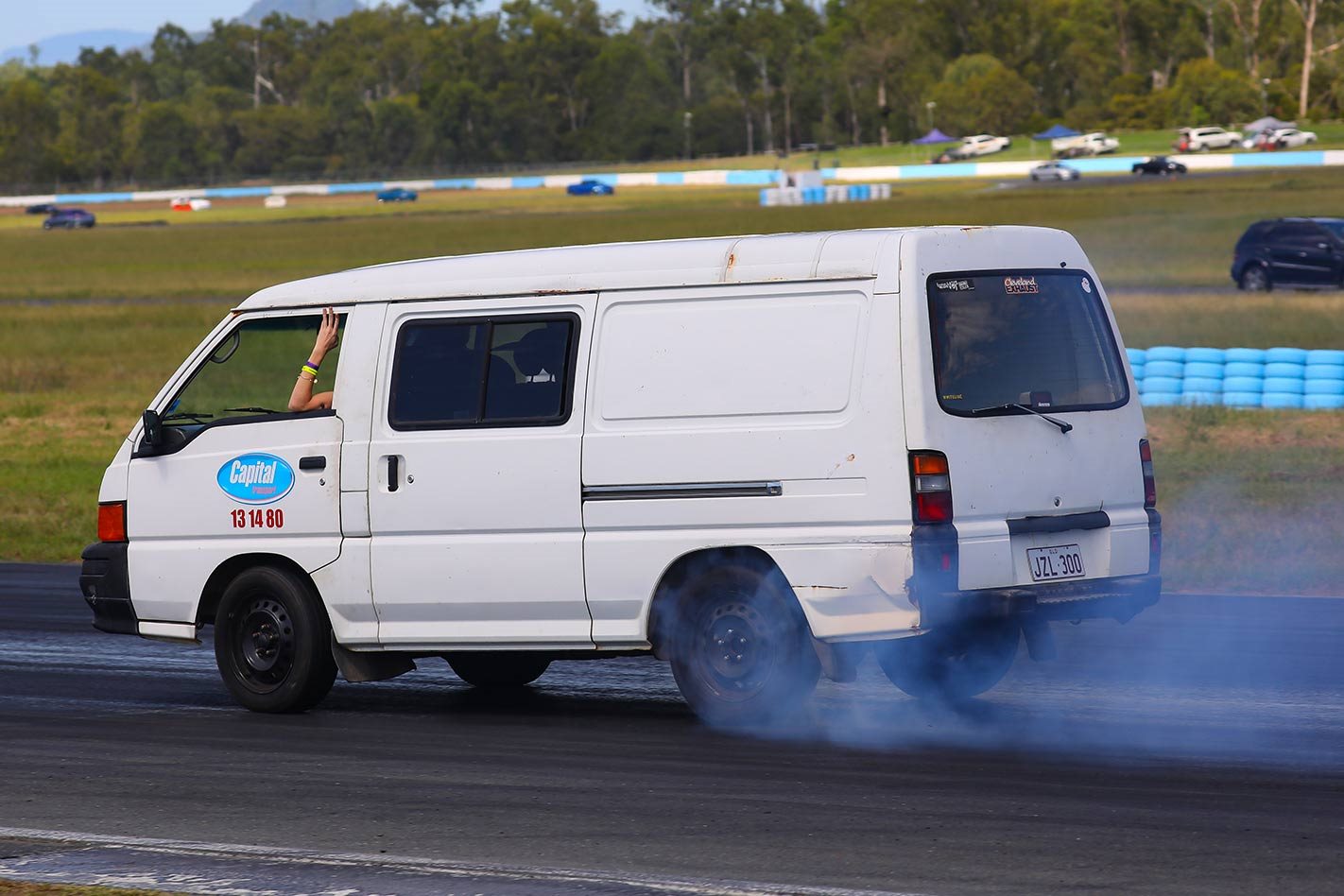 At pretty much any speed you can floor it and it just bakes the tyres, Chris reckons. “I’ve powerskidded the whole back straight of Queensland Raceway with it, but it’s actually pretty good at roll racing – I’ve embarrassed a couple of VF SS Commodores and XR6 Turbos!”