WE love a good sleeper here at Street Machine, and Chris Imlach’s 1JZ-swapped 2003 Toyota HiLux is the perfect example of how to go about it. 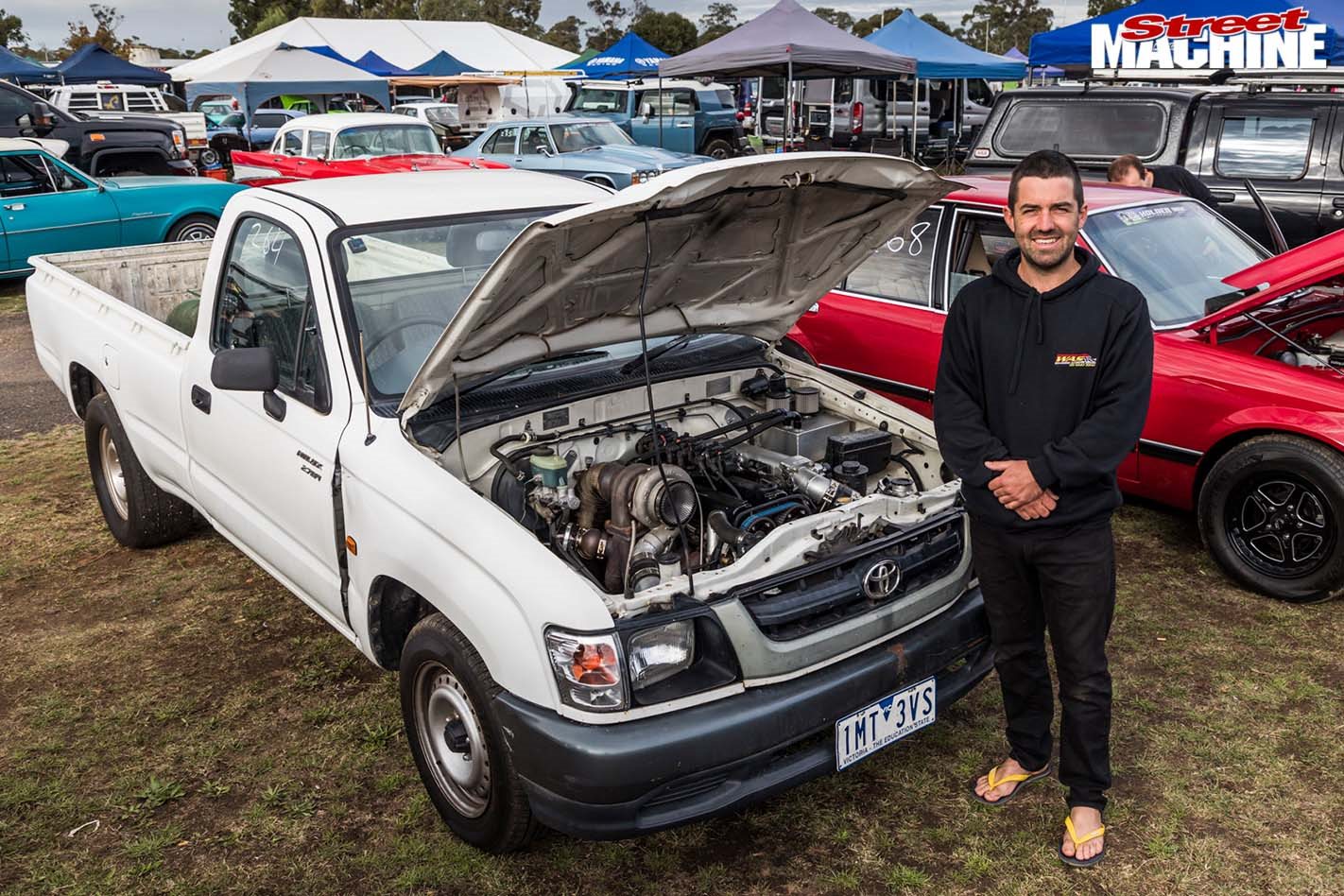 Chris is a Drag Challenge regular in his nine-second Chevy Nova, and prior to DC 2019 he started 1JZ-swapping this 2003 HiLux to take to the event. “I started a few months before the event, but with any project like this, it quickly snowballed to what it is now,” says Chris. “So I ended up taking the Nova and putting more time into this.”

Read next: In the build - Jasmine Green's HiLux mini-truck 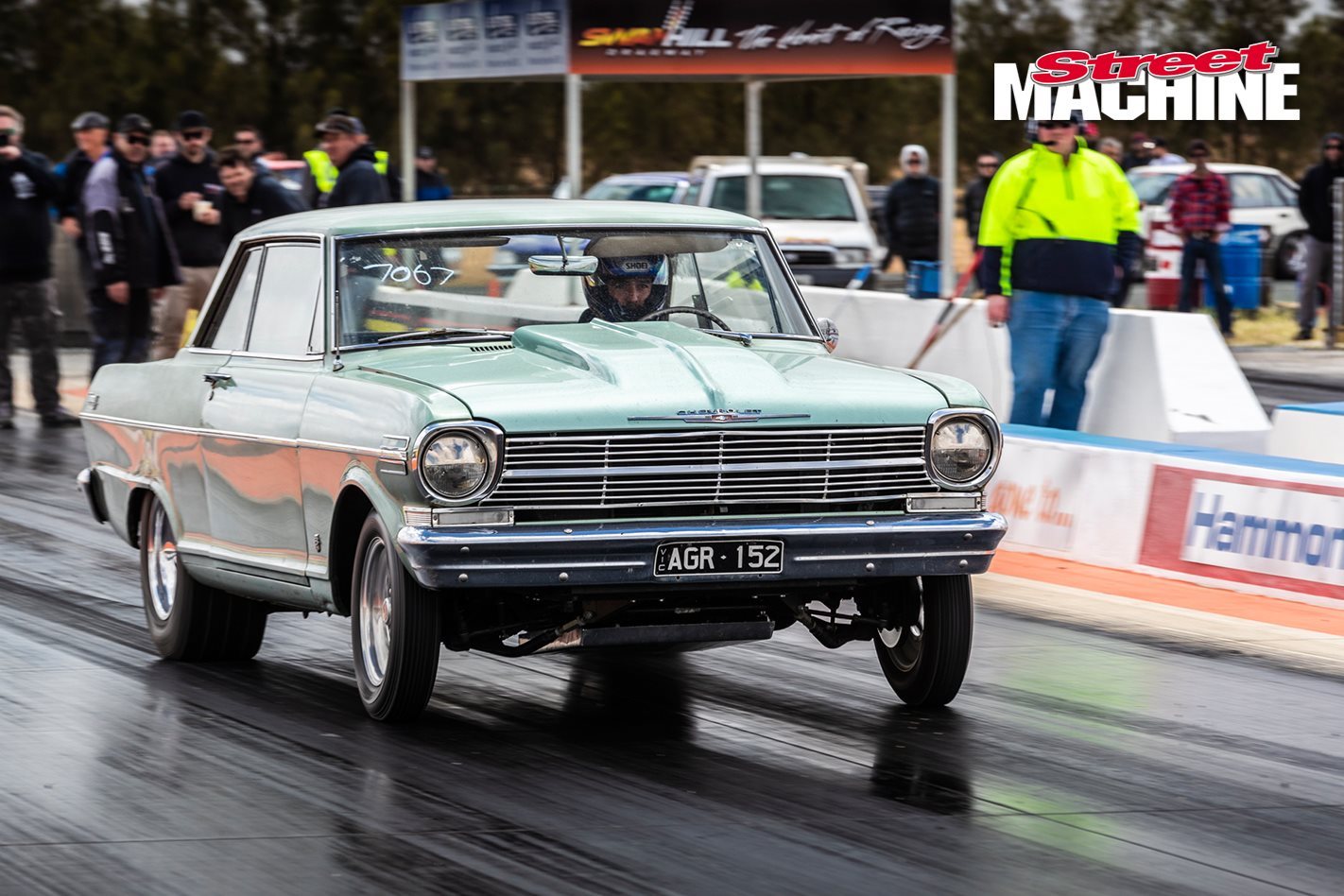 The 2.5-litre 1JZ is now kitted out with head studs, valve springs, beefier cams and a custom exhaust manifold holding a Garrett GT3582 turbo. Chris did all the work himself, swapping in the 1JZ, making the custom turbo manifold and cutting out the firewall to make room for the Powerglide ’box. 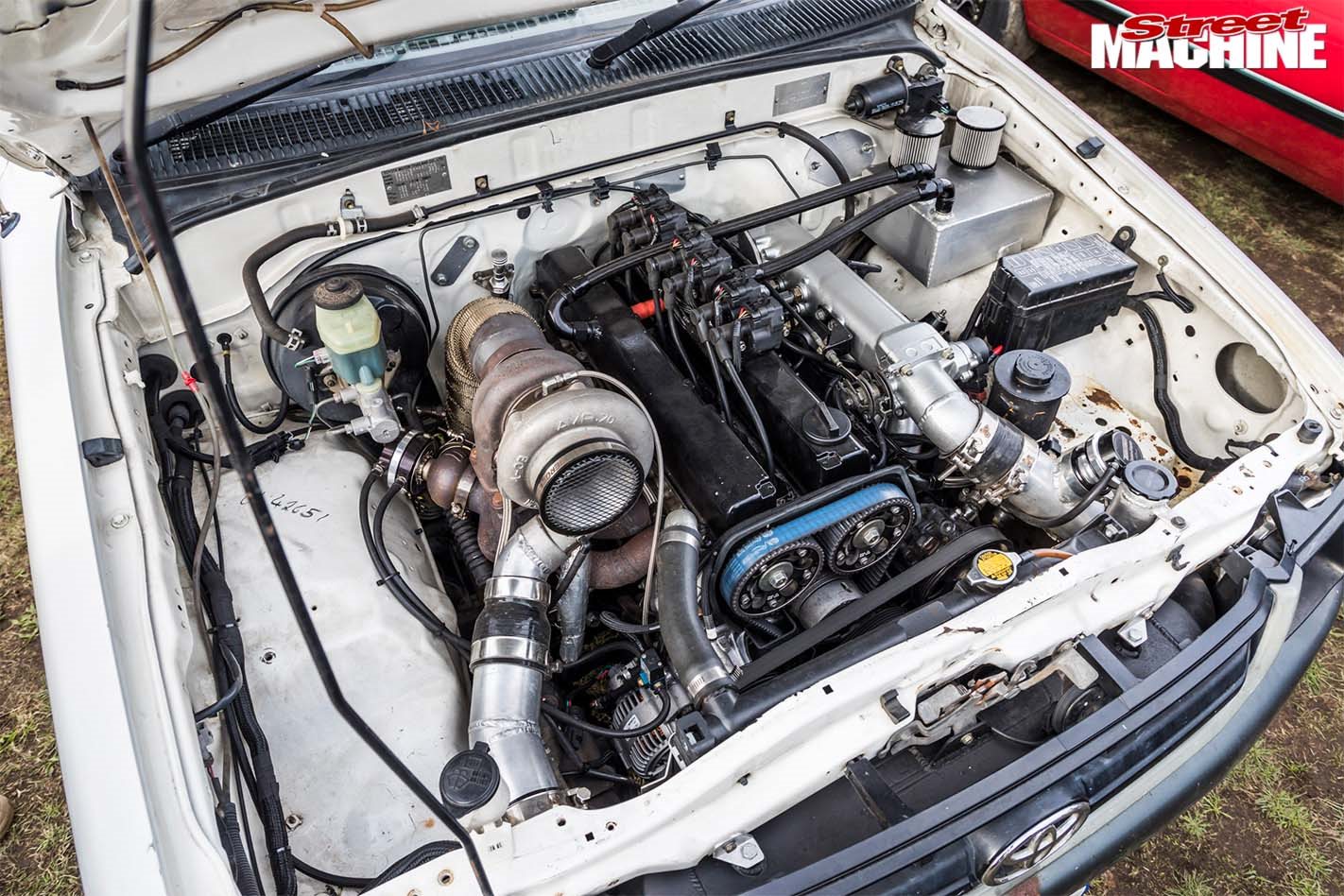 The rear end is a standard HiLux unit fitted with an Eaton Truetrac centre, and brains are provided by a Holley HP ECU with some E85 for good drinking.

Chris can’t put a power figure next to the ute because he’s been tuning it on the fly. “I had my tuner who does my Nova put a base tune in it, but I’ve been tuning it myself since then on the road, so I have no idea how much power it makes.” 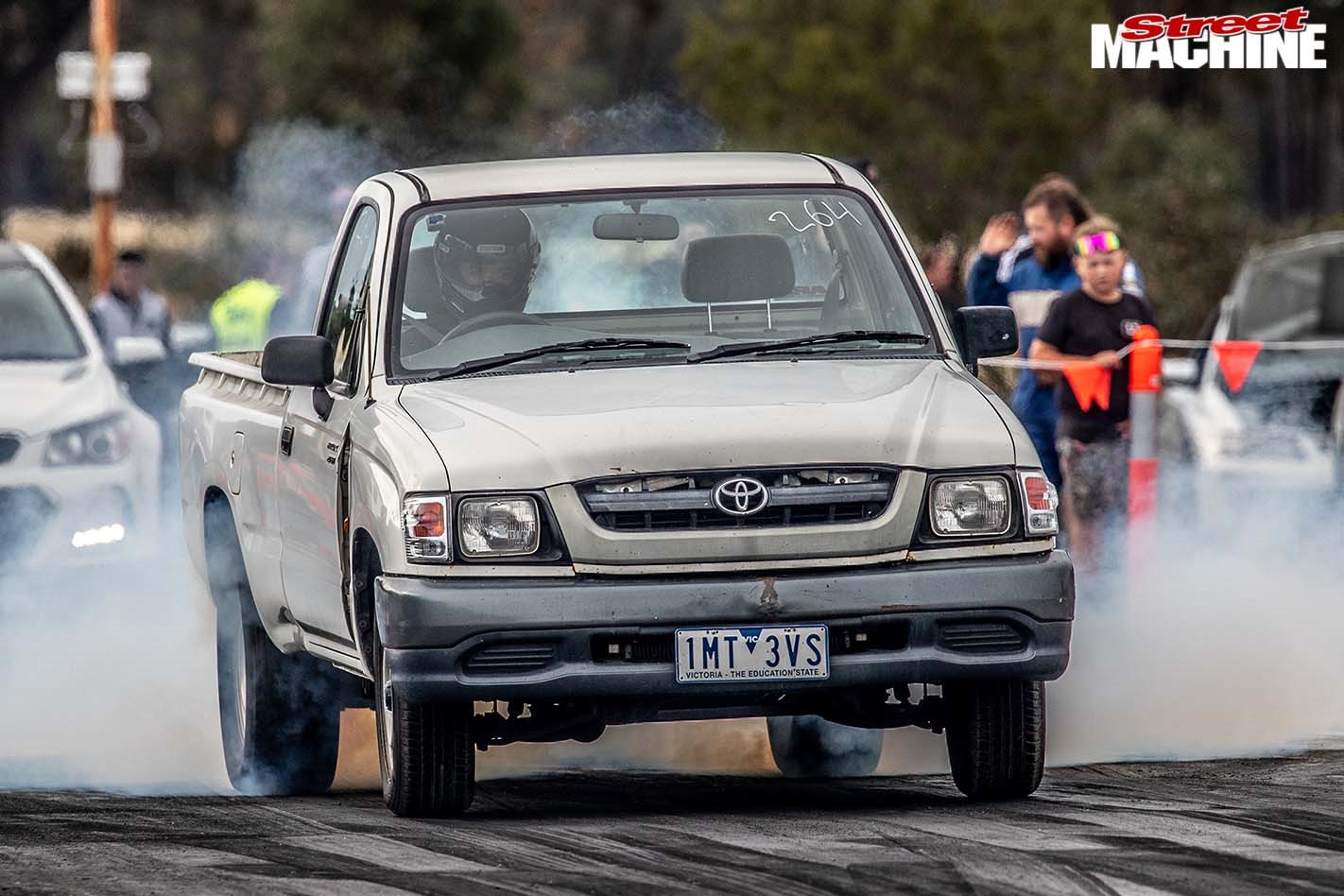 What we do know is that on 25psi the ute clocked a PB of 10.4@129mph at Heathcote over the weekend, but Chris still wants more. “The plan is to run nines with it at Drag Challenge this year, so I’ll keep playing with it and edging towards 30psi,” he says. 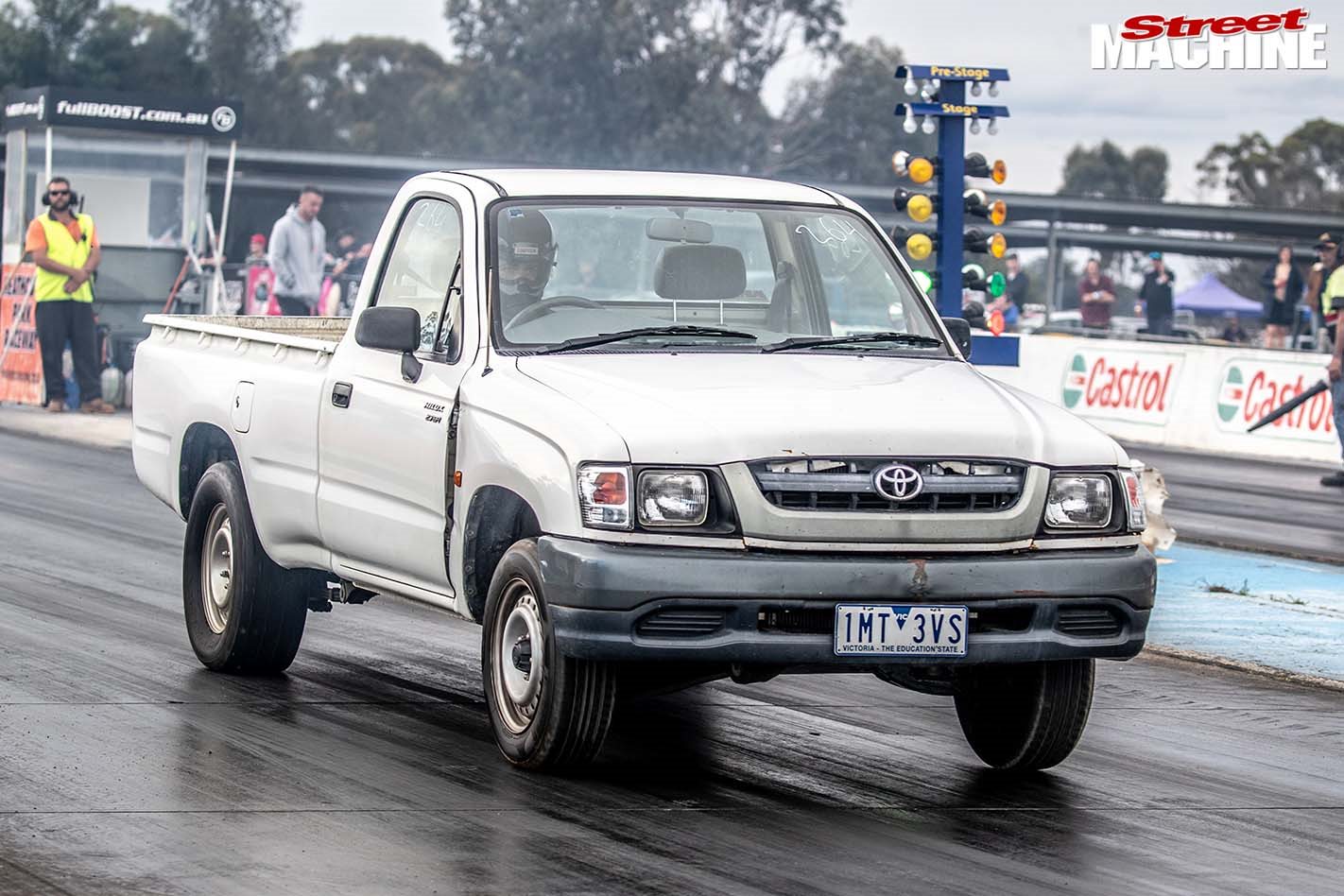 The most impressive part about this build that Chris genuinely uses this on the street as a ute. “It’s almost my daily,” he says. “Other than using my truck for work, I pretty much daily drive the HiLux. I still need it as a ute; it does the tip runs and all that kind of stuff!”