A CROSS the ditch in En-Zed, Karen Hay is a bit of a drag racing celebrity. She was dubbed the Queen of Speed in 2014 when her Brogie-built 1927 Model T roadster ran 6.629@205.52mph at Tauranga to smash the NZ women’s drag racing record previously held by Faye Grant. SM caught up with Karen at Beach Hop in Whangamata.

This article was originally published in the August 2015 issue of Street Machine magazine. What have you brought along to Beach Hop? Is this the record-breaking beast?

Yep. We brought our ’27 T roadster. We’ve recently just had our Nationals where we broke the women’s record with 6.41@214mph. That’s impressive. So what’s under the hood of this machine?

We’ve got a 482 big-block Chevy. We recently went from a supercharged engine to running two Turbonetics Performance 88 turbos. Due to the transition, we’ve had to change a couple of things with the way we stage. We now have to spool the turbos up, as opposed to the superchargers. We’ve got a bump box too, which can look quite vicious on the line, but now we’re fully spooled when we take off. The power also comes in a little bit slower at the beginning and then really ramps up at the top end. What sort of power does it generate?

Sounds plenty. So, it’s pretty lively on the track? 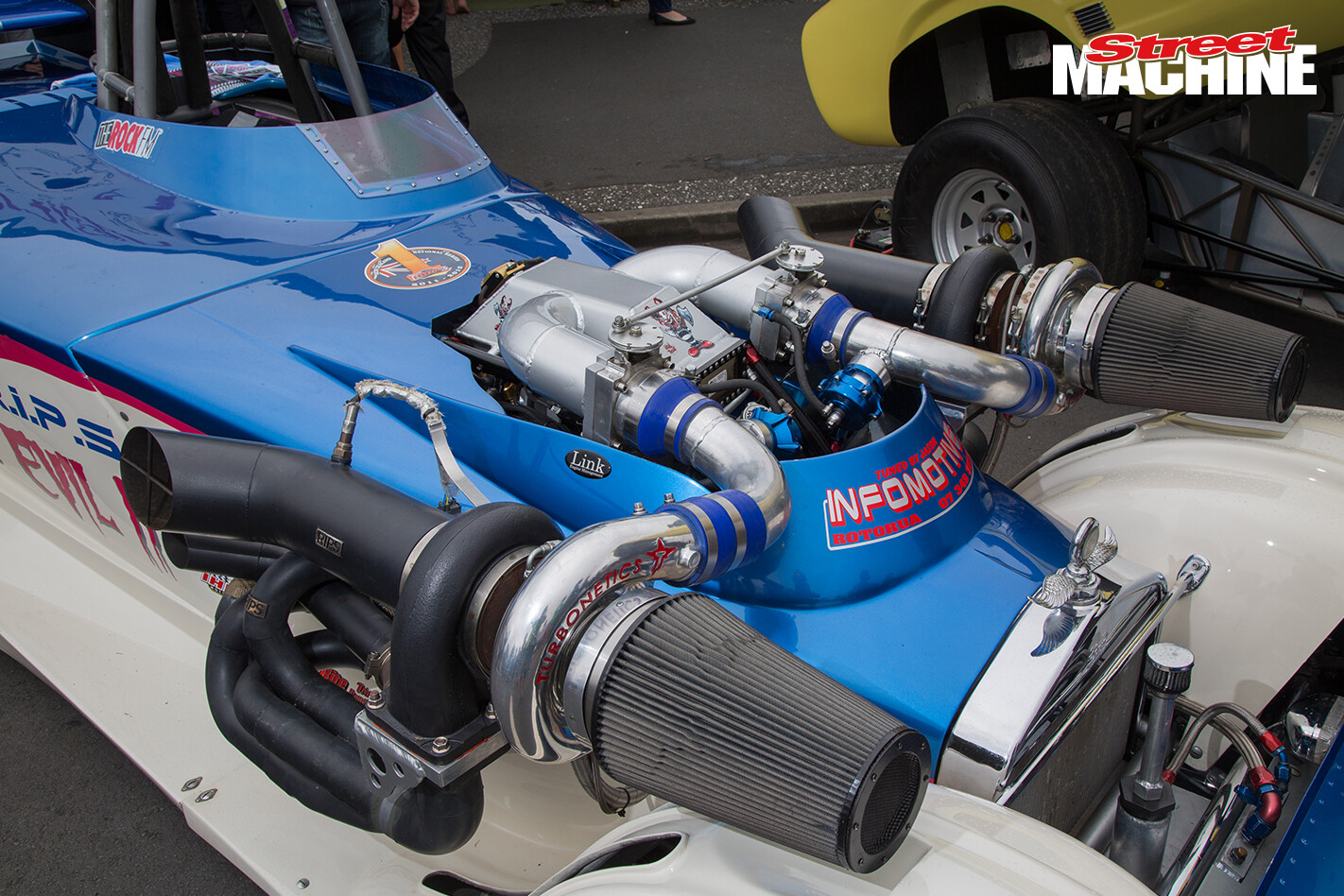 How’s the season been for your team?

Well the season didn’t start too well. Every run at the beginning of the season, we either broke a valve, or a rocker, or a spring. But she came together in the last two meets. So we’re really pleased. Any record-breaking attempts coming up?

We have the Nostalgia Drags coming up, so we’re here to promote a bit of awareness for people to come and see what we do. [The Nostalgia Drags] is the last meet of the season, so our goal is to lay down a 220mph pass.