With 400 cubes, twin turbos and an IRS rear end, Michael Arnold's VE ute is headed for the six-second zone. Here's our full feature on the Maloo from the September 2016 issue of Street Machine

WHEN setting out to build a late-model Commodore as a dedicated straight-liner, most would stick with an LS-based powerplant up front and convert to a four-link in the rear. Michael Arnold chose the path less travelled. He ditched the LS from his VE ute in favour of an old-school Chevy small-block, and upgraded the factory independent rear end with weapons-grade components. 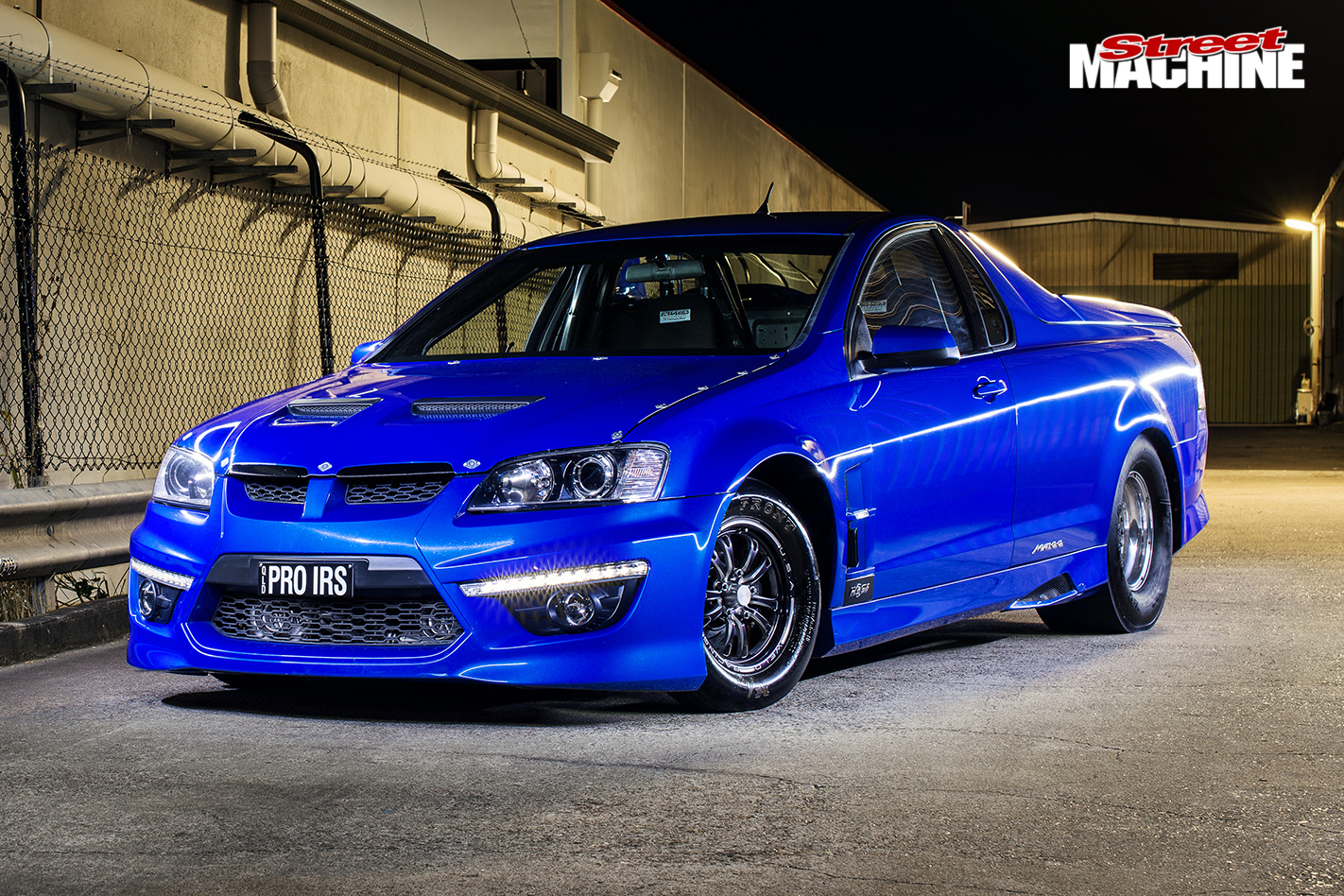 Although it’s still early in the car’s development, it’s already gone 7.85 over the quarter on radials, making it the quickest IRS-equipped Commodore in the country.

“IRS is big in the US but no one is really doing it here in Australia,” Michael says. “I wanted to do something different and outside the square. We’re getting there with it!”

Given that LS engines are all the rage at the moment, you probably wouldn’t expect to find a dirty old small-block riding up front, but Michael’s mill delivers the goods.

“It’s a personal thing. I don’t believe an LS will make the same power and retain the same level of reliability. There are plenty of them out there making good power but I prefer the earlier small-block.” 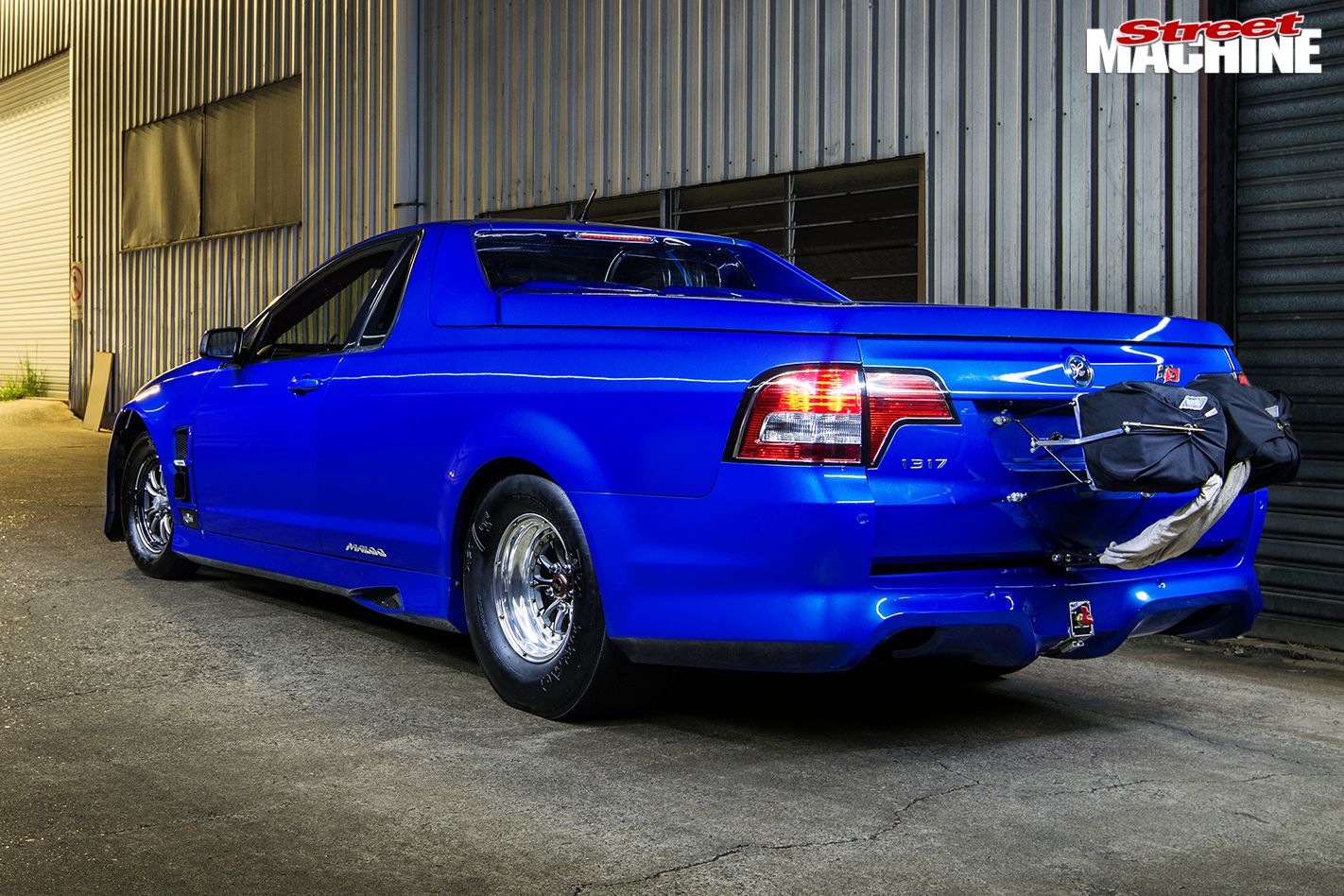 Michael’s fondness for Chevy’s venerable small-block might have something to do with the success he’s enjoyed with his other toy – a 23deg-headed, 400ci small block-powered HT Holden ute. Over the years the HT has evolved from nitrous through blown to turbocharged, and it’s gone quicker each time. It’s run 7.32@197mph, and frankly that was beginning to feel a little sketchy. 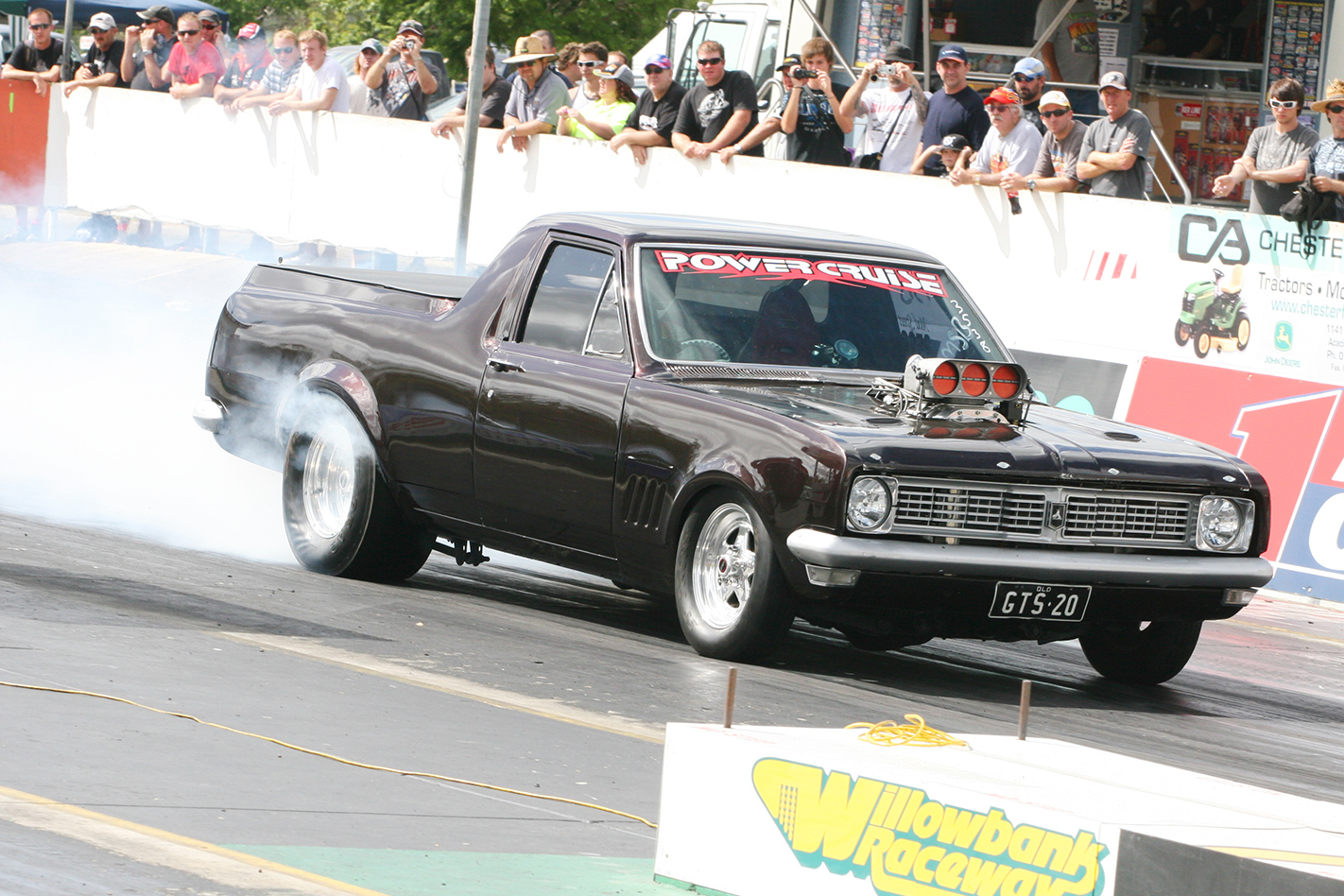 “I wanted to go faster, but with the HT getting towards 200mph something newer and a little bit safer seemed like a good idea,” Michael says. That’s where the VE comes into the equation. A factory SS that Mick bought as a statutory write-off, he upgraded it with all the good bits from a Maloo that fell afoul of the 2013 Queensland floods. So for all intents and purposes the car’s a Maloo. And considering it runs sevens, it manages to look surprisingly like a garden-variety street car. 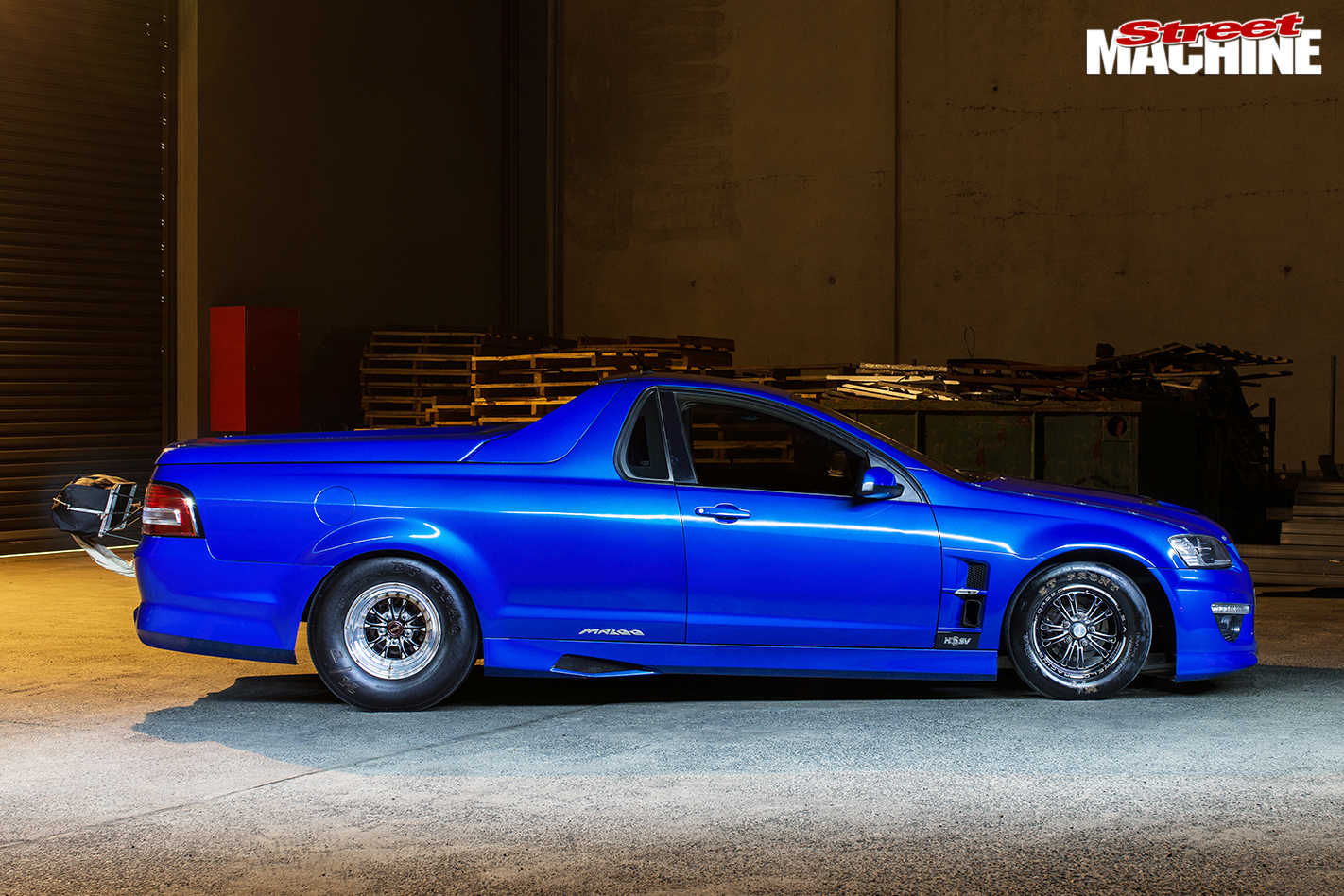 Impressively, all the mechanical and fabrication work was done in-house at Michael’s business, MA Mechanical. He tackled the engine, gearbox and diff builds, the turbo system and fab work himself, with a lot of help from Dave on the welder and a dedicated bunch of mates.

He sent the car to Brett at Warwick Panel & Paint, while he got stuck into the engine build with assistance from Matt at Next Level Racing. 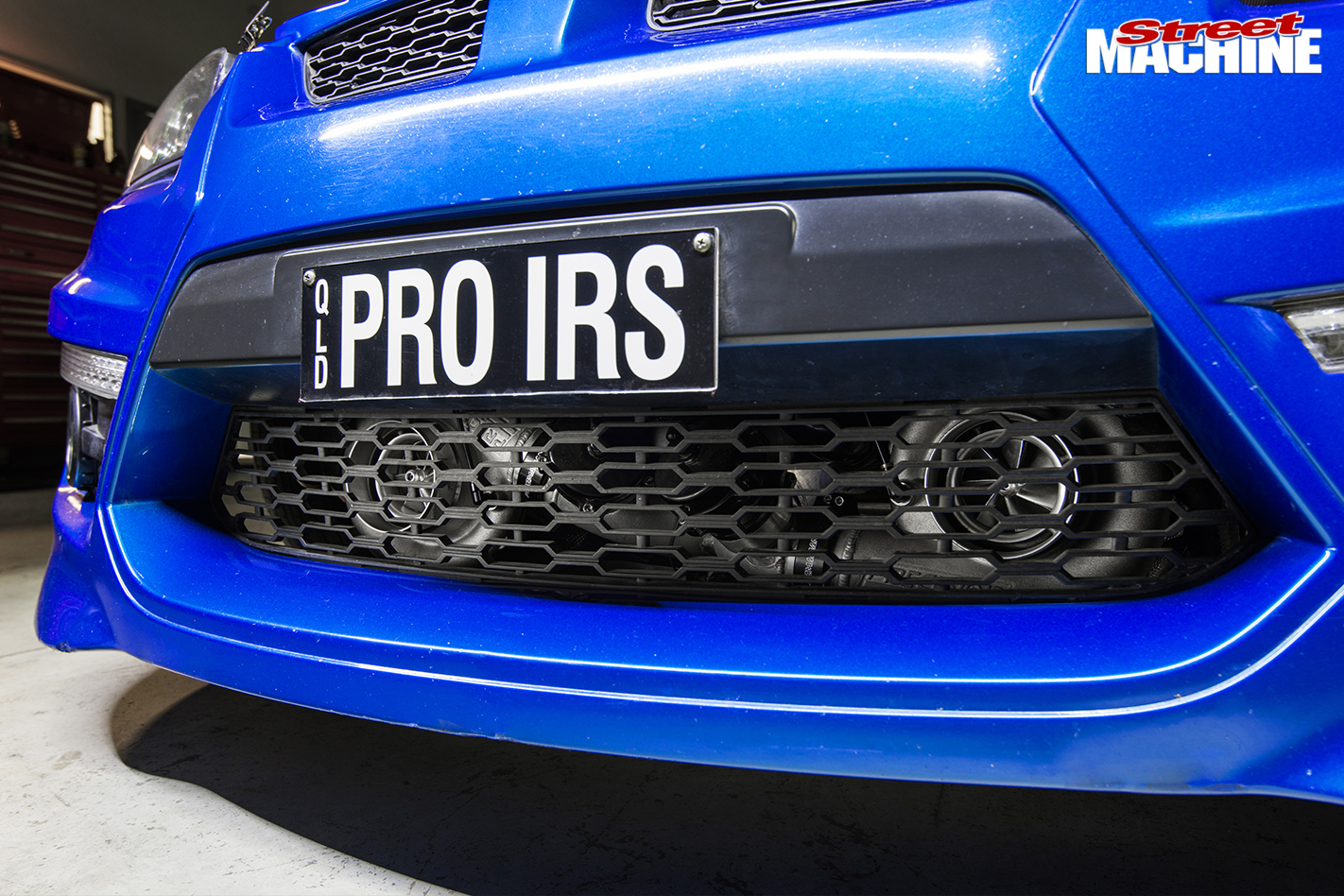 To a Dart Little M block, Mick and Matt added a Callies crank, Carrillo rods and JE slugs, along with a Comp Cams solid-roller, and a Barnes six-stage dry-sump oil pump to keep things slippery. The combo is topped with a set of CNC-ported Racer Pro 13-degree heads, and a matching EFI manifold carrying ID2000 squirters. Mark from Godzilla Motorsport prescribed a pair of Precision 68/70 turbos and a Link Thunder ECU, and he also handles tuning duties. “Eleven-twenty horsepower on 15psi was the initial figure on the chassis dyno,” Michael says. “When it ran 7.80 it was on 22psi, which should be roughly 1650hp at the crank. In the end it’ll be on 40psi plus – whatever it needs to run a six, basically!” 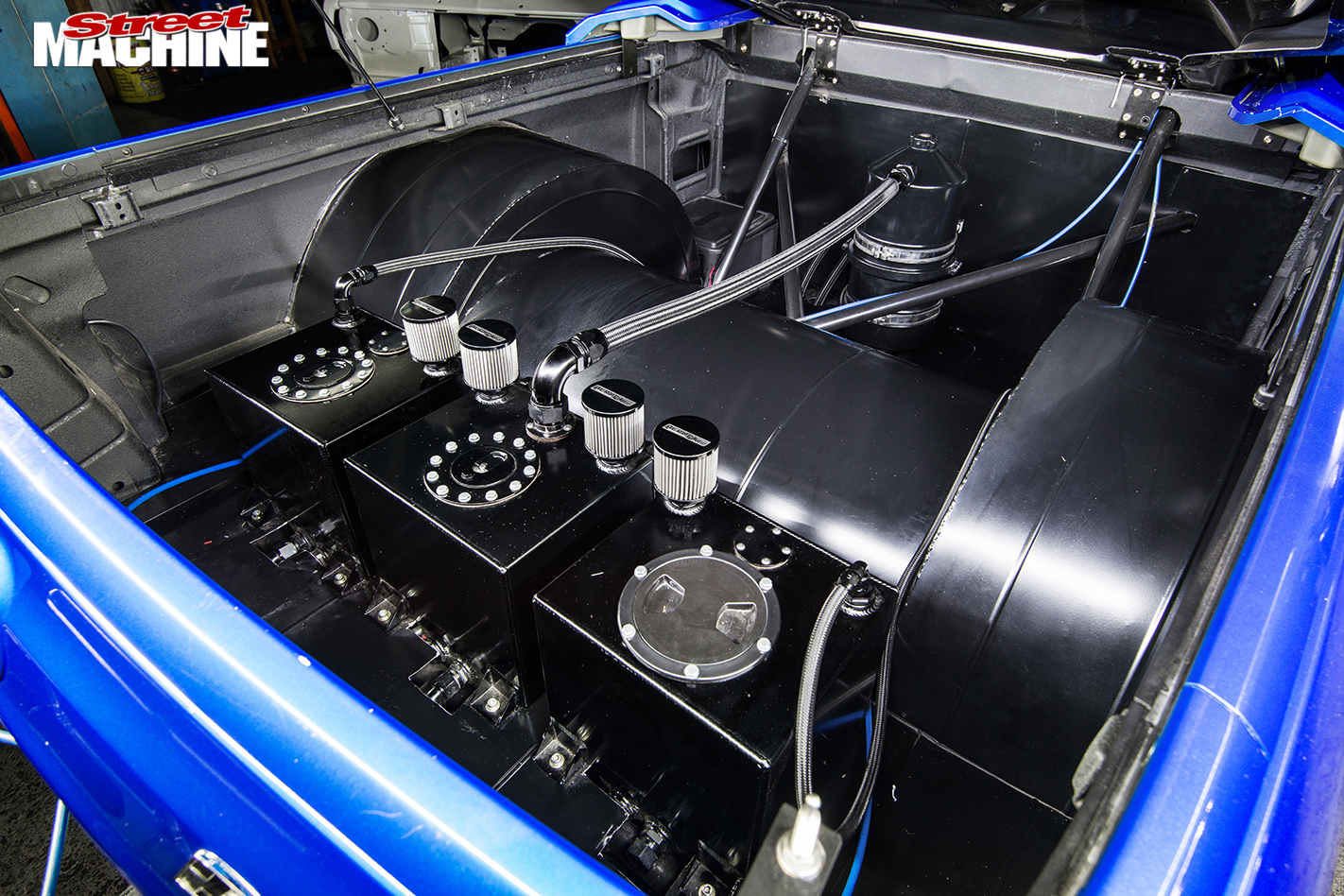 The motor is backed by a TCI Pro X Powerglide with a Converter Shop 4200rpm converter, but it’s the third member that’s really of interest. There wasn’t a great deal of expertise within Australia on building an IRS diff sufficient for six-second passes in a 3300lb car, so Michael had to look to the States for a solution. 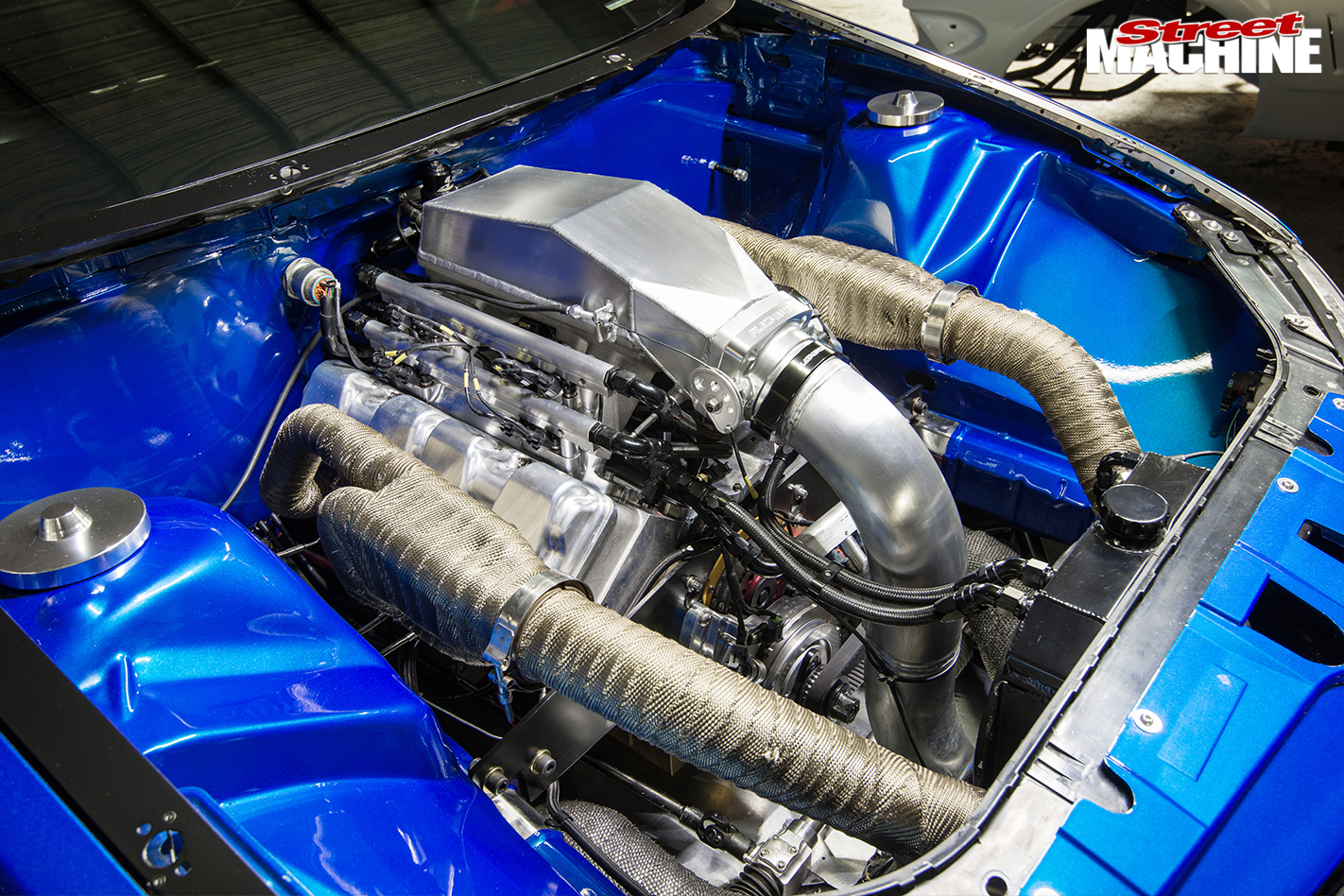 “The guys from the Driveshaft Shop in the US do the rear ends in a lot of the quicker IRS cars over there,” he says. “I sourced the custom Driveshaft Shop CV shafts and carbonfibre tailshaft through Western Suburbs Differentials, and it should be up to the task.”

It’s all mated to a custom nine-inch centre, residing in an OEM cradle that has been shortened by eight inches to accommodate 29.5x10.5in tyres. All the standard mounting points are retained as per Mod Street Blown rules, with a pair of adjustable coil-over shocks for tunability. 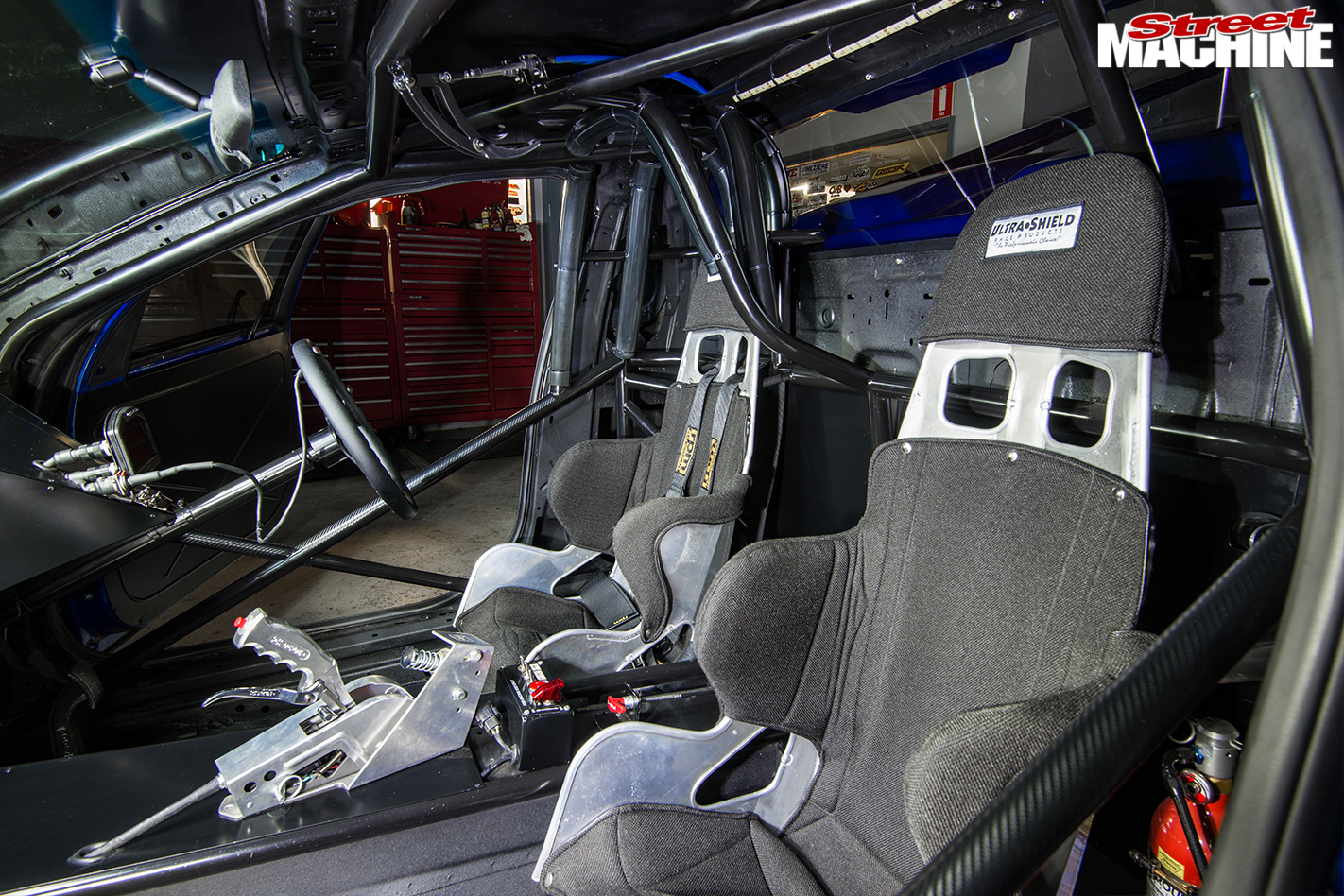 “There’s no real advantage to using IRS; in fact, it’s just one big disadvantage!” Michael laughs. “It’s heavy, and the biggest disadvantage is that the rear camber changes as it squats, and you lose your contact patch. I was looking for a challenge rather than a technical advantage, and I want to enjoy the process of developing the new car with the IRS. 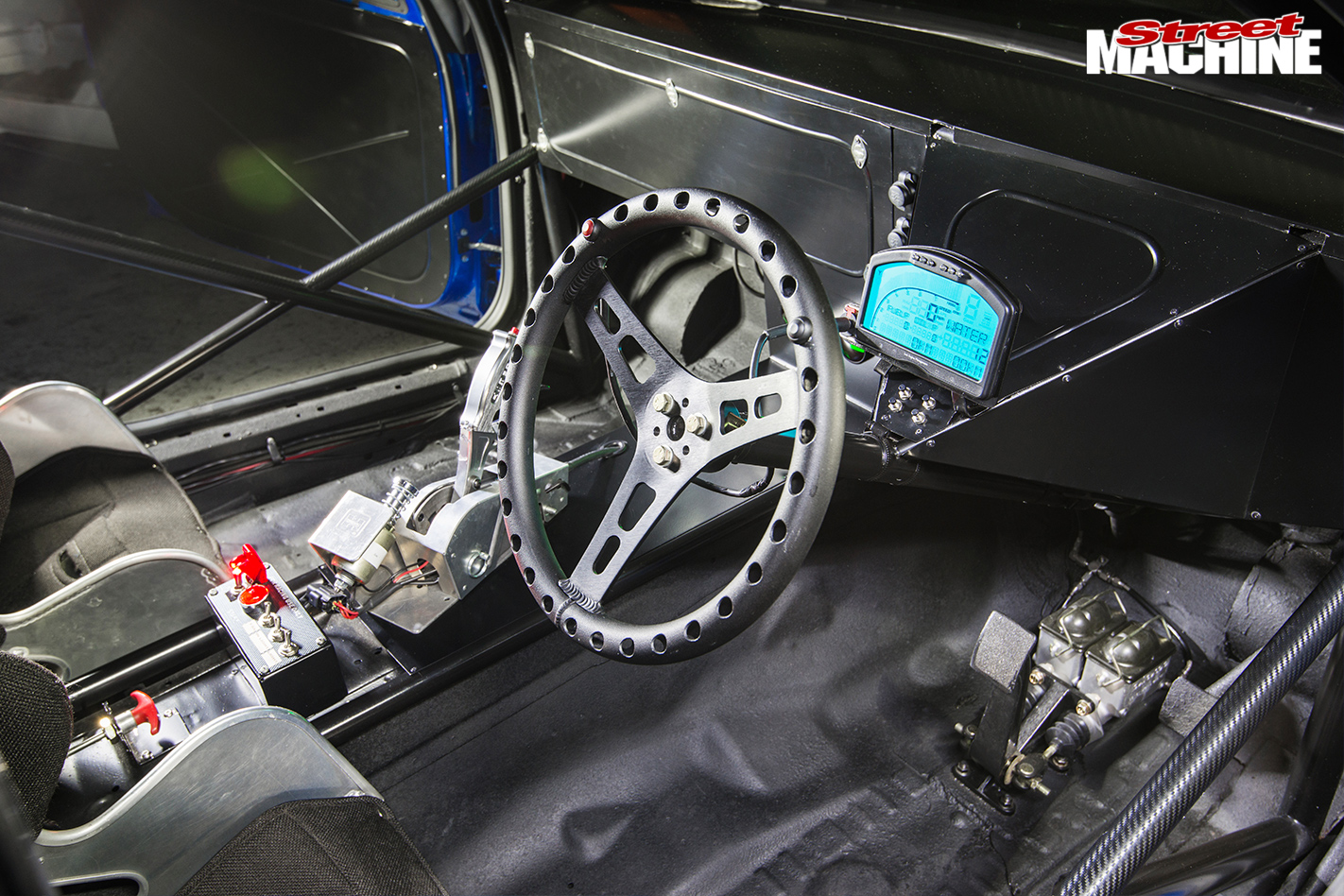 “Getting the car to work will be a slow process. The power is there, we just need to work on the delivery, and get the car to work as we go. It’s fairly heavy at 3300lb; I’ve taken a lot of weight out but I’ve also put a lot back in. If I can’t get it to work and the IRS ends up being the limiting factor, I won’t rule out putting a four-link in it. It’s already the quickest IRS Commodore in Australia, and I’ve been told it’s the quickest VE in Australia, too. That’s not the reason I built the car, but it’s nice to know. Still, it’s nowhere near where I want it to be.”

Watch this space, readers, because a six-second, steel-bodied, radial-tyred IRS Maloo is no joke!