WAYNE Roberts’s yellow two-door LJ was a rare beasty among the sea of tough aspo and boosted eights at the recent Holden Nationals, thanks to an aspirated 202 and an old-school manual cog-swapper. The straight-six boasts a nine-port head, triple Dellorto sidedraught carbies and ICE fire-starting gear. 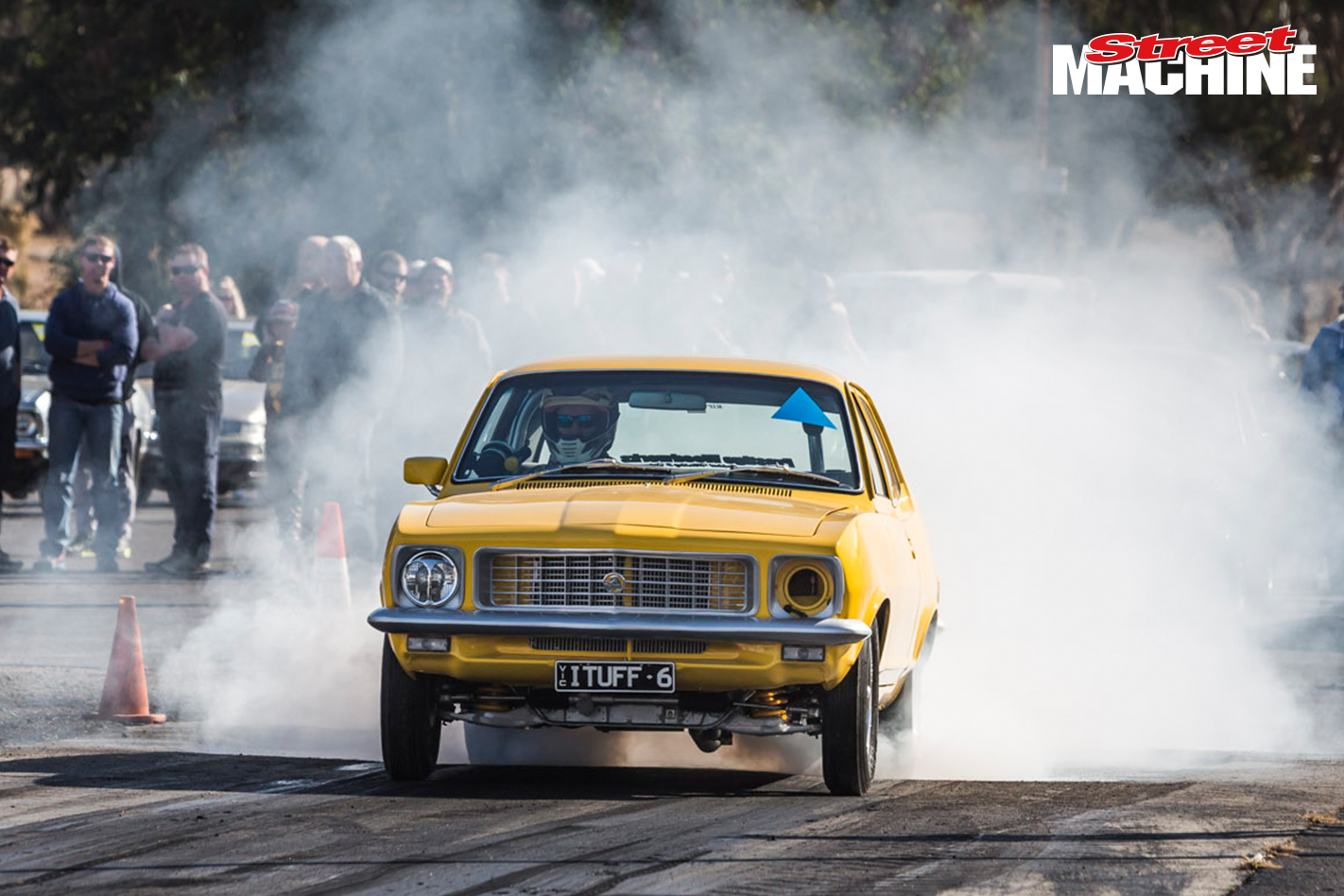 Backing it up is a Ford single-rail (gasp!) wearing a brass button clutch from Bendigo’s Precision Clutch & Brake, and a few choice bits to prevent the shifter entering the back seat on the old one-two shift. Under the bum is a shortened HiLux diff with 4.3 gears bolted to a spool and a pair of 26x8.5 slicks. 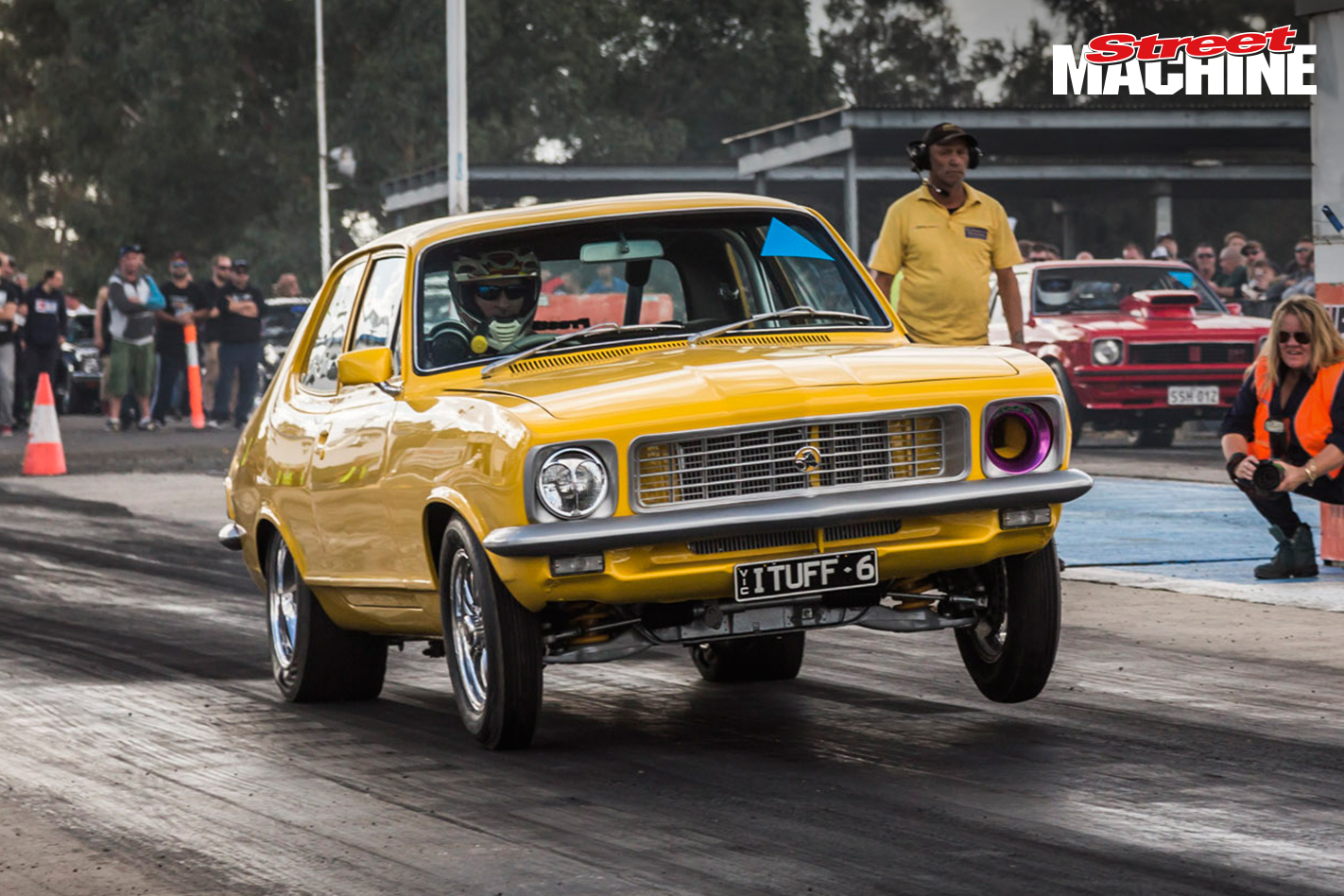 Wayne says the clutch makes the car pretty violent off the line, and the air between the front wheels and the track is testament to that! The original modified HiLux axles suffered premature deaths, so they were turfed in favour of Moser Engineering units, and the single-rail is the third to be slotted into the Torry. 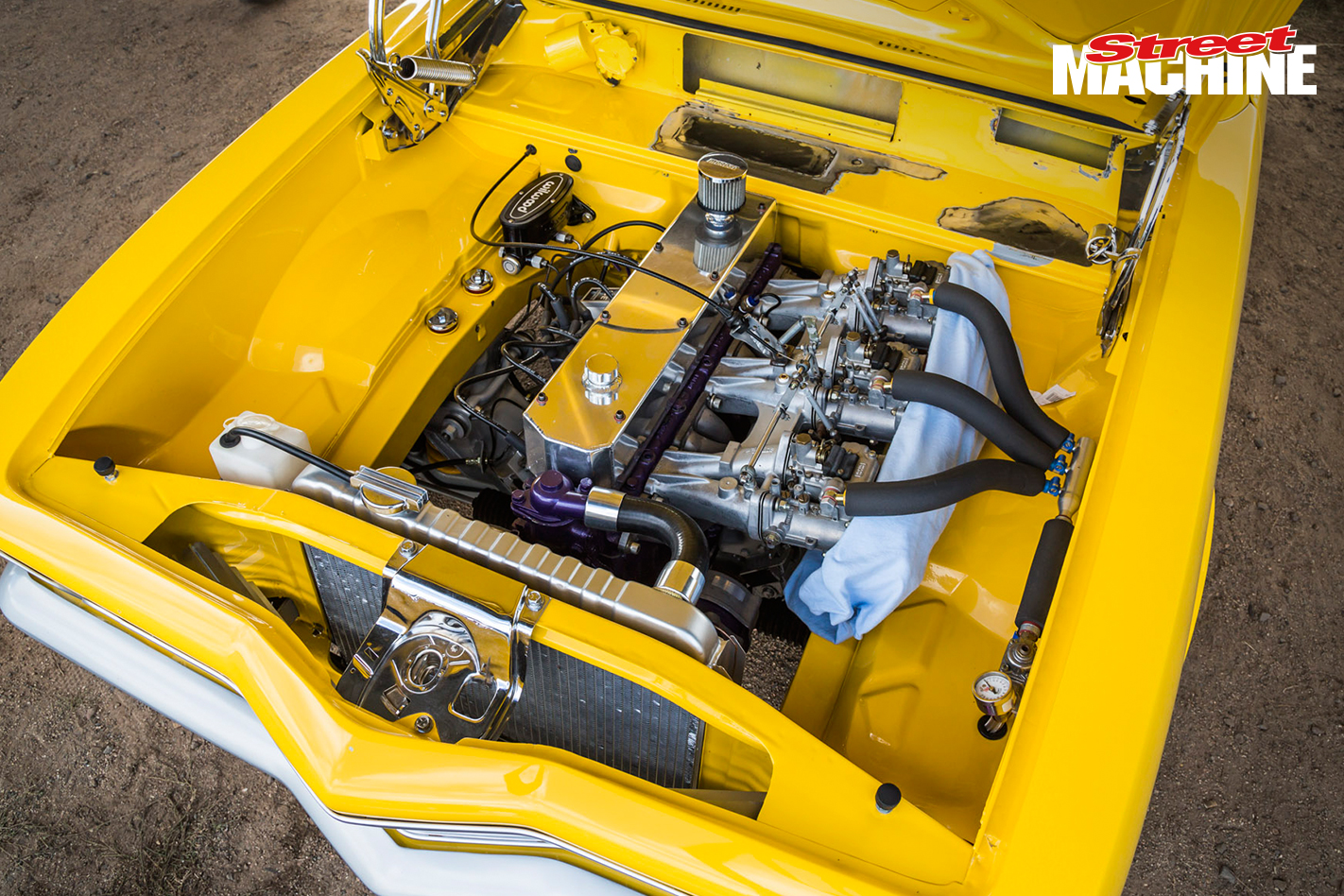 The body, bumpers, hanging panels and rollcage are all steel and the glass is factory, so Wayne’s PB of 12.6@108mph is nothing to sneeze at. 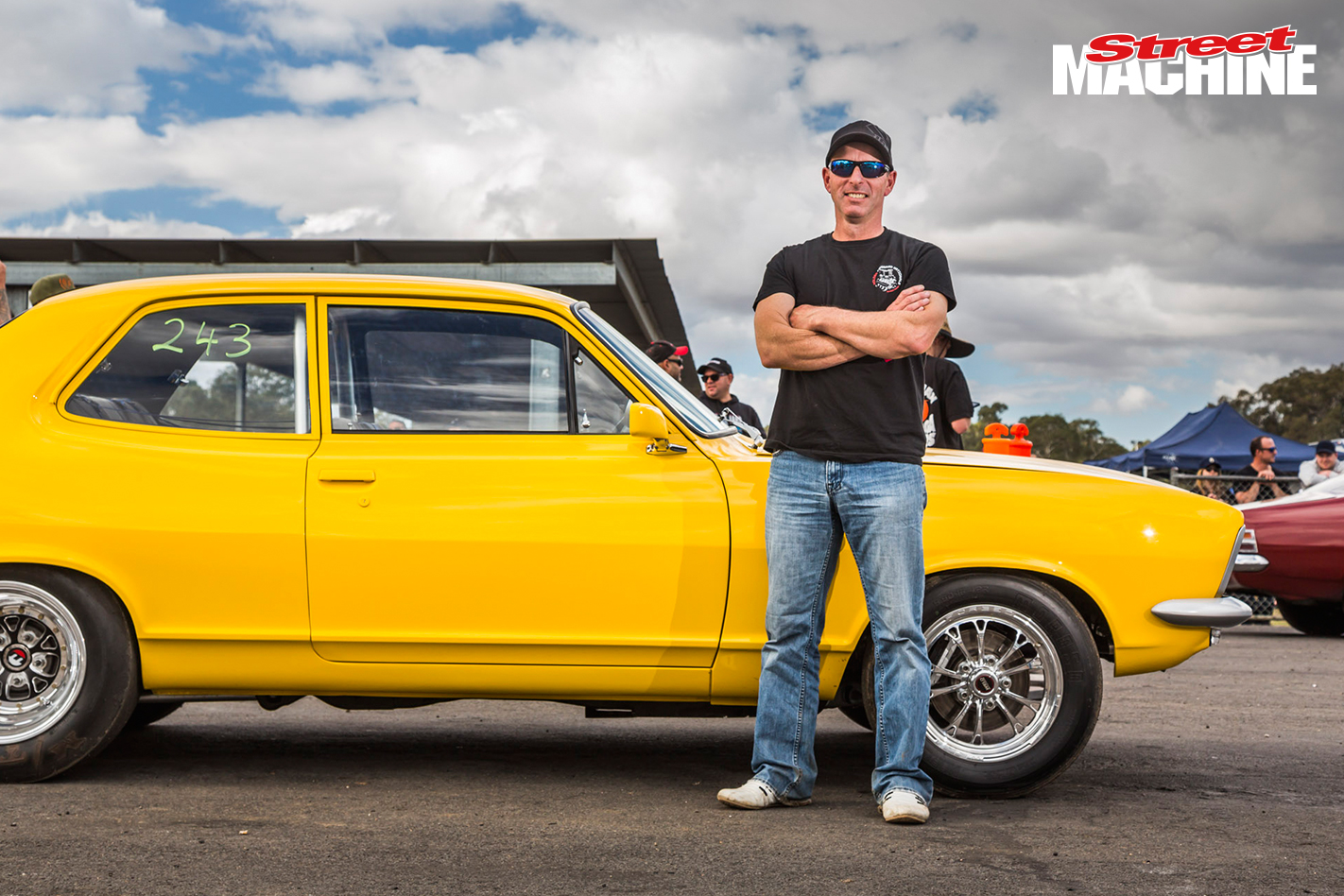