“When I built my rod I knew it had to have a flathead,” Geoff says. “I went to the States and looked at a lot of hot rods; none of them had a motor like this.”

The engine itself was built around 12 years ago, but was never fired up until recently. So Geoff had flathead guru Eric Worner pull the engine down and give it a tidy-up before it was re-assembled and fired up. 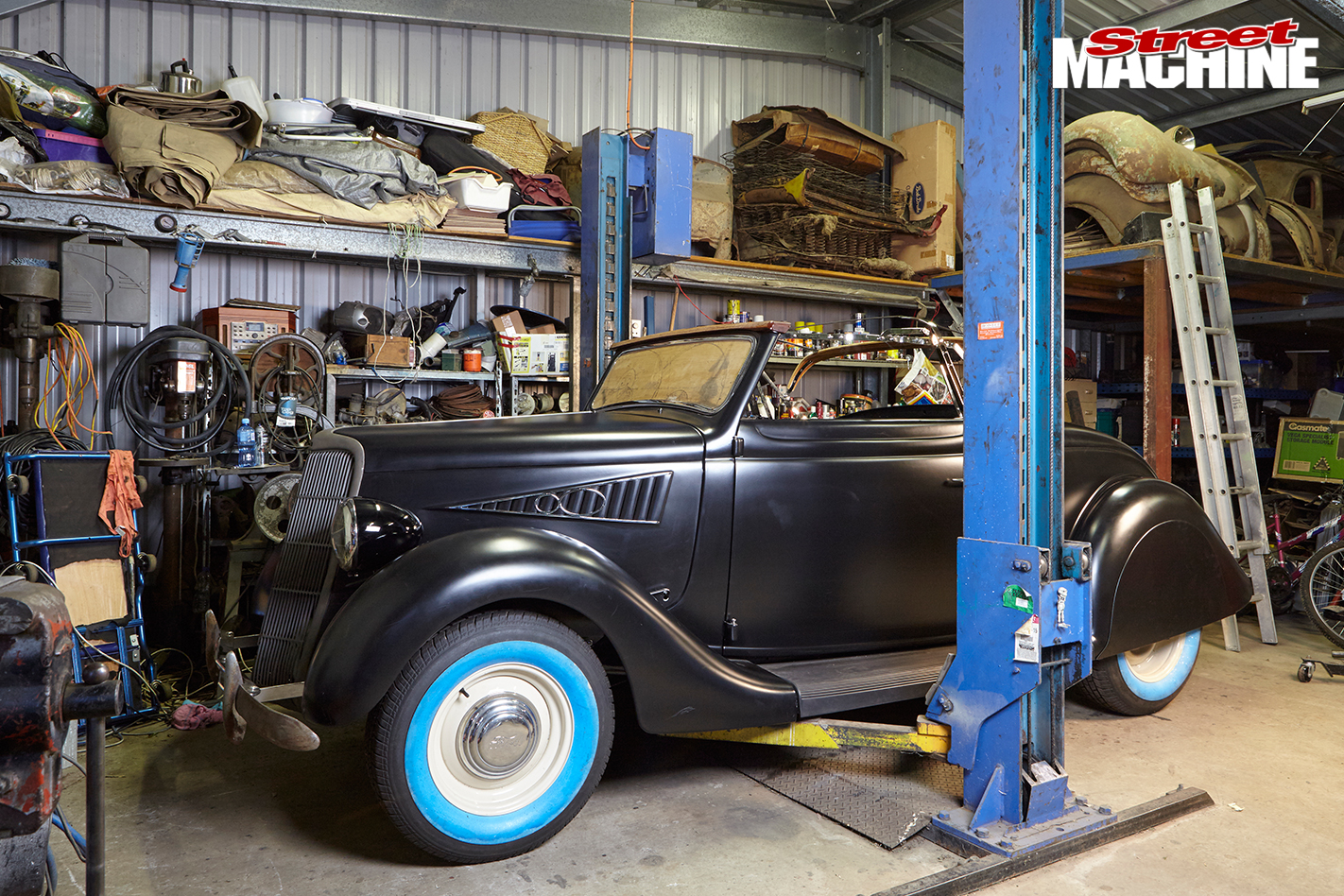 While the engine may have been built over a decade ago, some of the parts have been kicking around Geoff’s shed a lot longer. Those polished heads are original alloy 8BA items that Geoff picked up new at a swap meet 40 years ago. 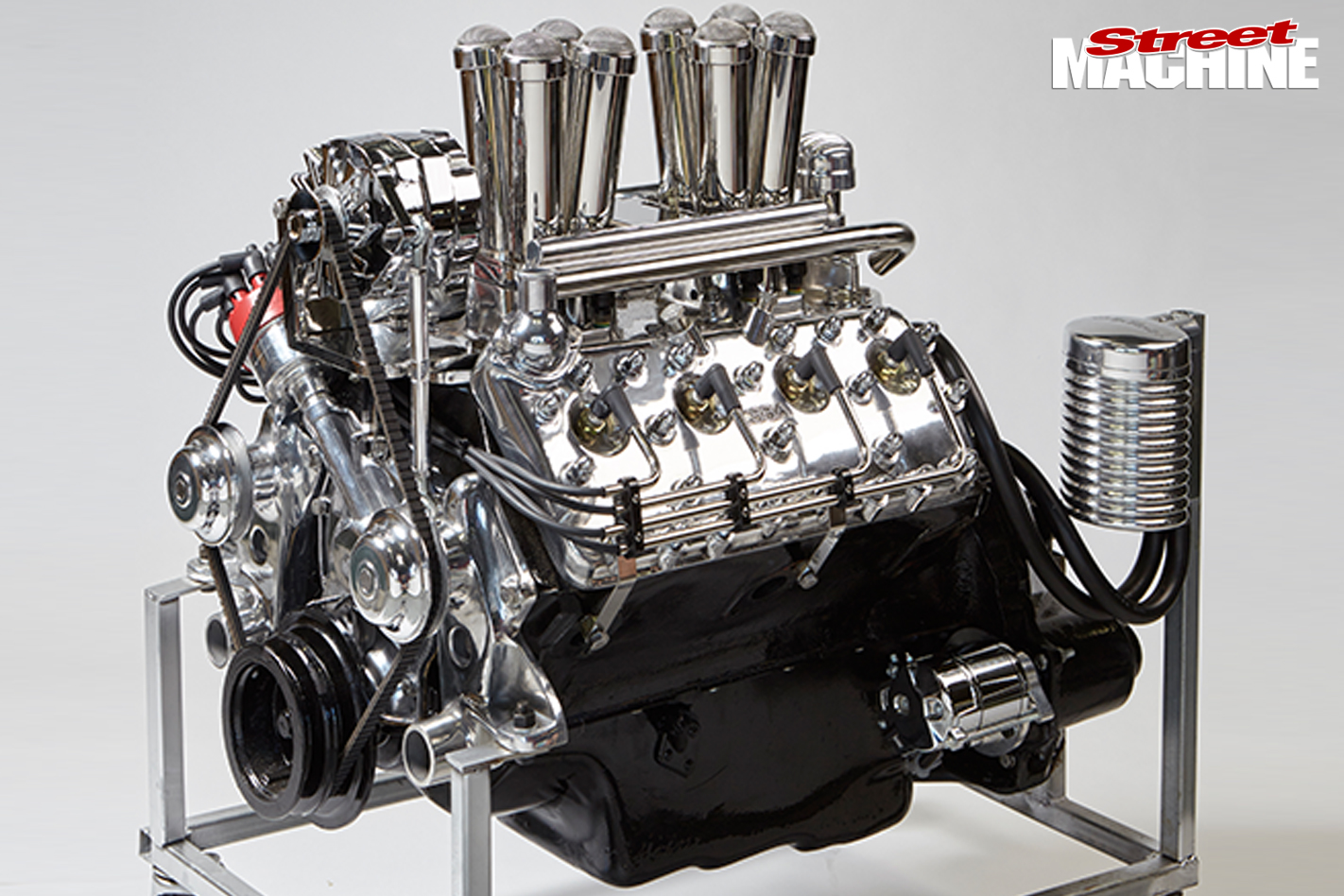 “I didn’t like the stacks that came with it so I made my own and topped them with gauze filters,” Geoff says. The Bosch injectors and Delco ECU were sourced from a non-Ford – Geoff doesn’t want to talk about what they’re actually from – and the ignition is an electronic Mallory distributor. 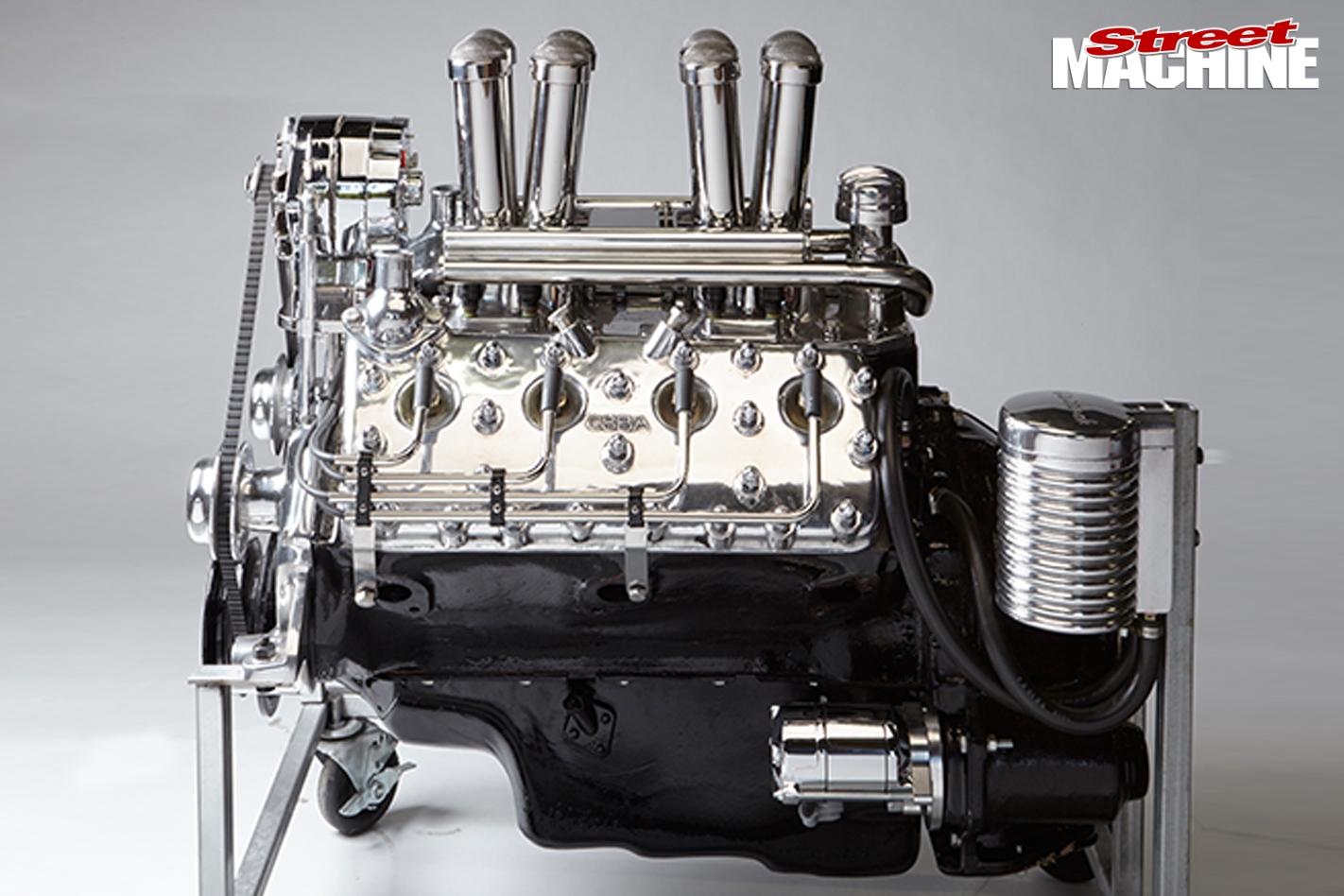 What sort of power does it make, you ask?

Flathead motors are so named because, well, their heads are flat. There’s no valve gear or moving parts in the cylinder heads; the valves are in the block. Ford Flathead V8s were used from 1932 to 1953 in the USA