THERE are few better-looking motors than a Hemi, especially a Brad Anderson version. But it’s pretty rare to see one in a Torana, especially topped with a pair of monster Precision turbos, and all mounted under the bonnet.

That’s what’s going on with the LJ of Victorian Andrew Micallef. He started with an old boosted Holden motor, thought about a blown and injected Hemi, but ultimately went with this twin-turbo combo.

Andrew had been racing the car with the Holden motor, and as it approached the point of needing a rollcage, he pulled it into the shed for some love, only to find the car’s floor was pretty ordinary. In no time the small rollcage job left the car with the entire floorpan cut out, and he started fitting a three-quarter chassis with double frame rails to turn the Torry into a wild Pro Street racer.

As fate would have it, the class fell over, so Andrew lost interest in the car for a bit. But when a couple of clever Queenslanders got the Kenda Tires Radial Riot going, he decided to hit the ‘go’ button on the car once more. He found a 526ci Brad Anderson motor for sale in Sydney that had been run in an Outlaw car. It was in bits, so he sent it to Dandy Engines to be machined. And as Andrew has spent most of his working life surrounded by turbo guys at Specialised Power Porting, he made the decision to go down that path instead of fitting a blower. 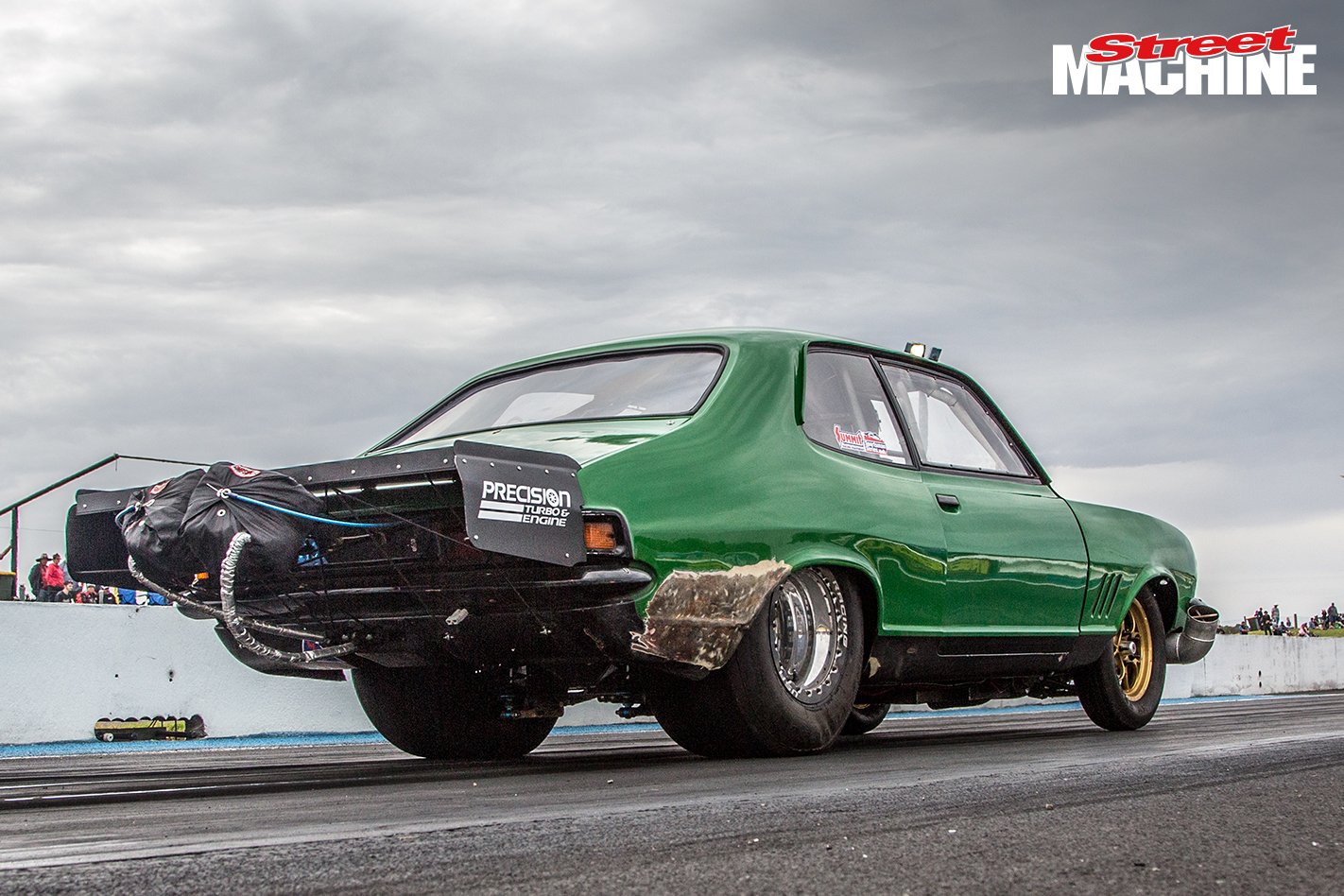 The entire car – including the wiring, fabrication, plumbing and tuning – has been done in-house. A custom intake and a set of four-into-one stainless turbo headers were fabricated, and feed a pair of 8891 Precision turbochargers. The engine itself runs a solid block and solid heads, so it’s on alcohol and fed with a Waterman Big Bertha pump and 16 ID2000 injectors. It’s an older Brad Anderson motor with the BA-4 heads, but matched with the big Precision hairdryers it’s more than capable of producing in the vicinity of 2500hp.

Backing up the Hemi is a two-speed TH400 built by MDT Transmissions, running back to a chrome-moly nine-inch built in-house and fitted with Race Products 40-spline floaters and a Strange 9.5-inch centre. 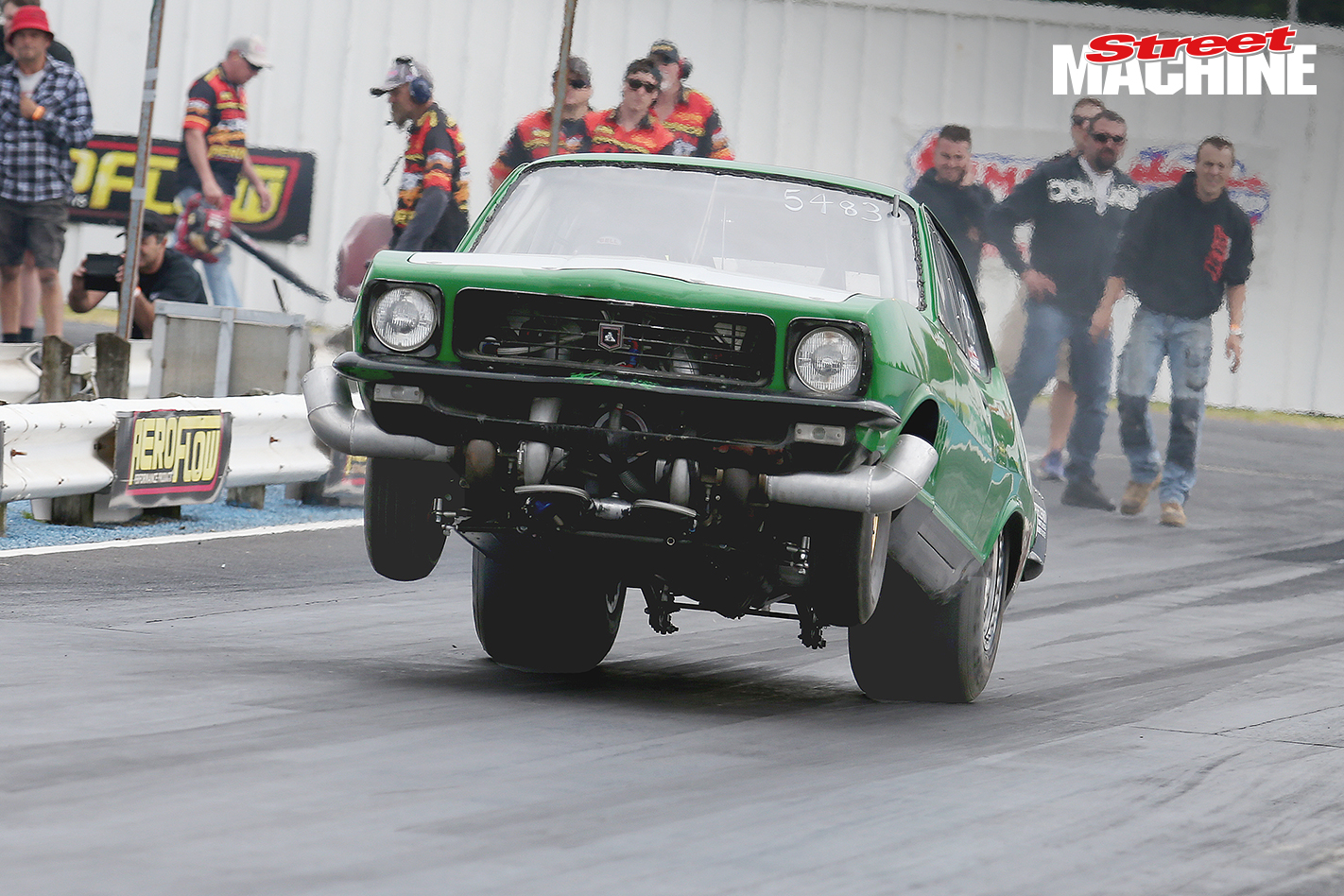 “I was adamant that we were going to run an Aussie-made ECU,” Andrew says. “We started with an Autronic, but have since changed to an Emtron, as it does everything we need: EGT, CO2 boost control, speed sensors and all the necessary datalogging.”

Mounting the Hemi in the engine bay was a huge hassle, as Andrew wanted to keep the front chassis rails, which have been notched and scalloped extensively. Yep, she’s a real tight fit. 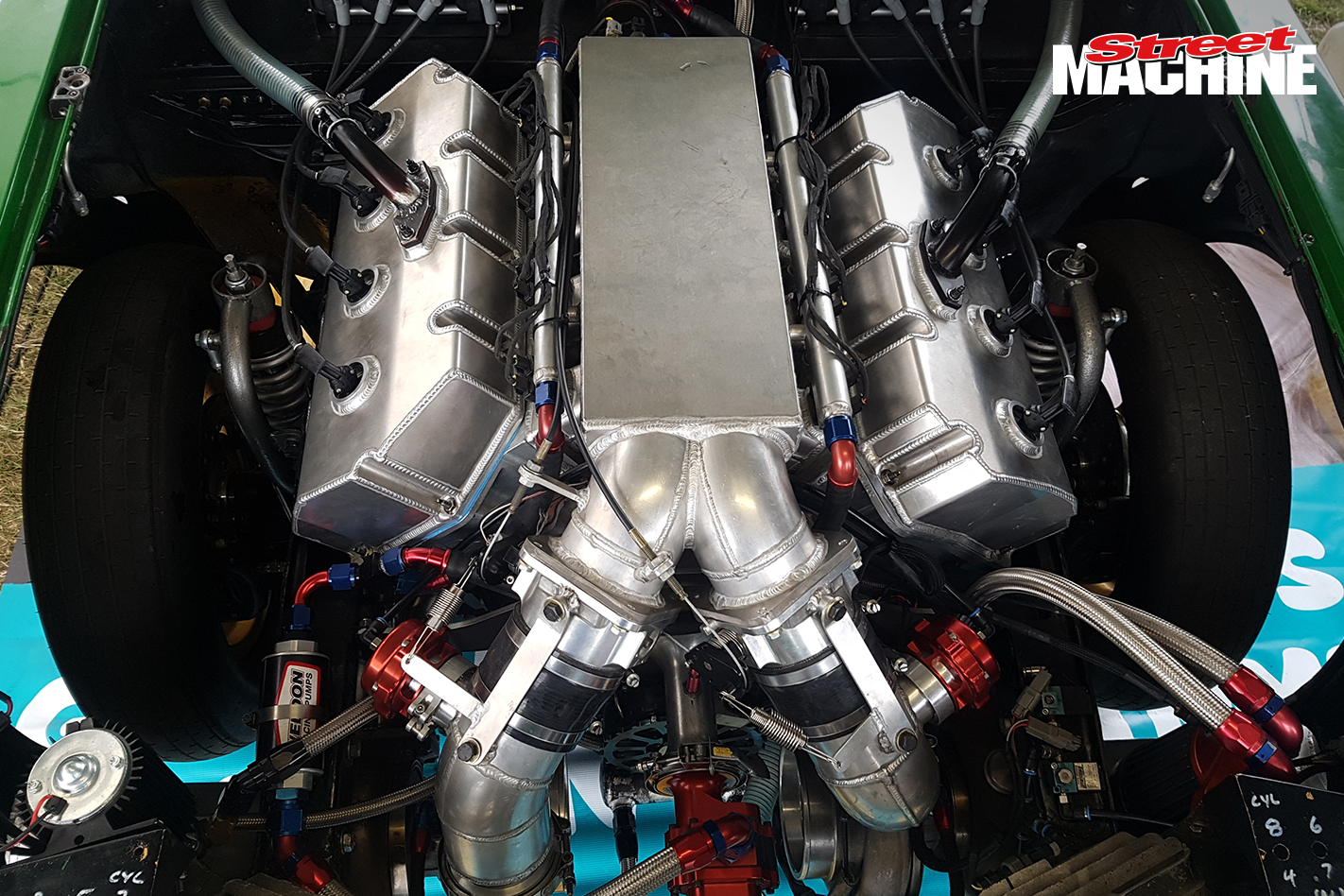 “When they announced the Kenda deal, my mate Brett Jackson and I basically worked on it seven days a week to get it done, and we had seven months of work,” Andrew says. “Despite the car being everything I wanted when it was finished, our greatest achievement has been getting it done in time for the meeting.  We literally got the car finished at the shop, pulled it on the transbrake once, loaded it on the trailer and headed to the drags in Queensland. 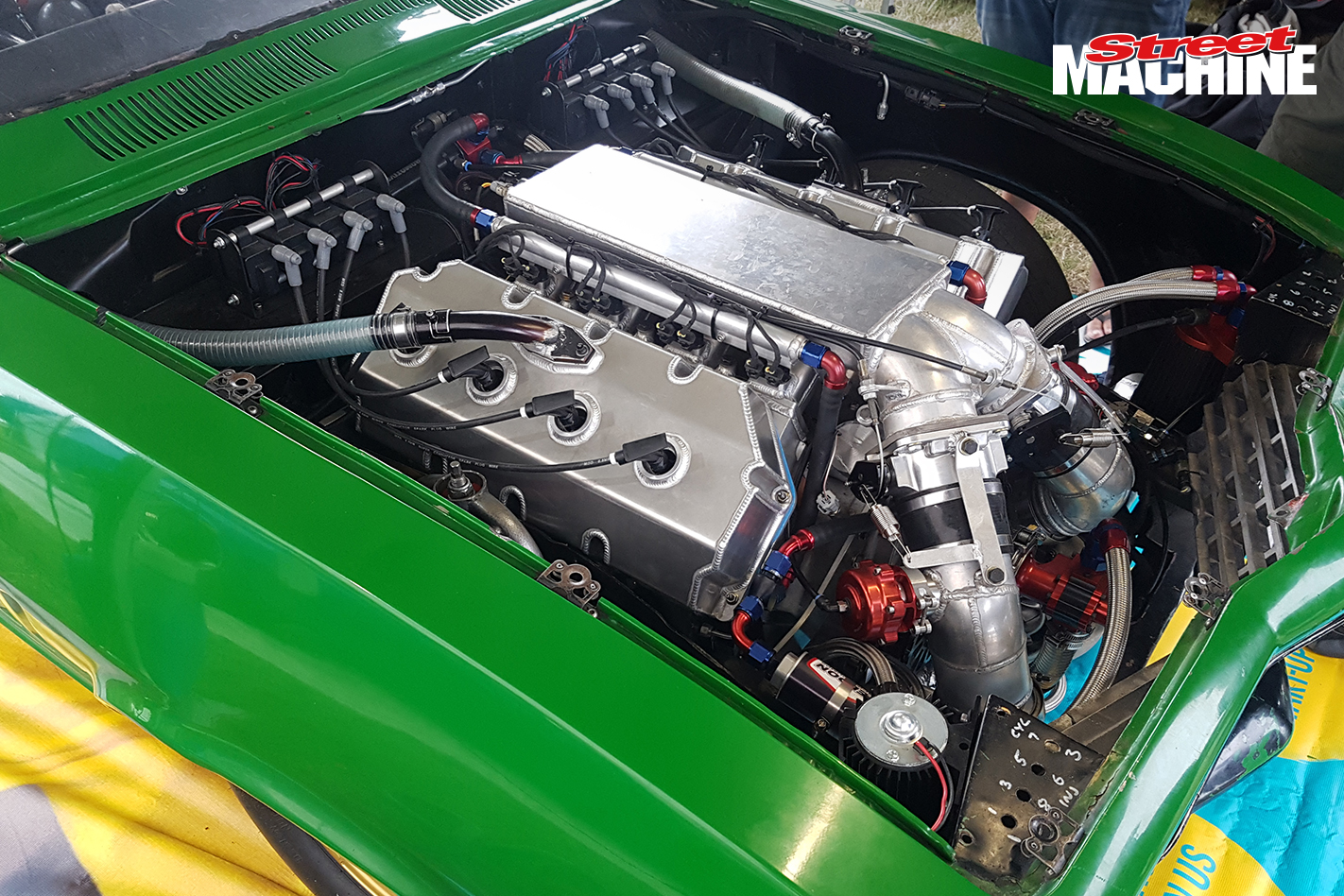 “It didn’t really feel fast, I guess because it finally has a decent chassis under it. At the moment it’s making around 1600hp and those heads won’t really start working until we start turning the boost up. For now, the plan is just to keep checking the data, creep up on the tune-up and work on our 330-foot time.”

What could it run? Hard to say, but all the pieces seem to be there for it to head into the very low four-second zone. One thing’s for sure: It’s a sweet ride!

Andrew gives a big shout-out to his mate Bretto and boss Andrew Saunders for all the great work and help to date.