“THE van is a bit of an oddball, “says Canberra’s Lewis Mason. “It is a base model Belmont, but was optioned with a 308, column-shift Trimatic, bench seat, GTS dash and the Royal Purple colour.

“It’s not a matching number car anymore, though. The 308 is just a solid red motor with a tow cam in it, plus I put the M21 four-speed in, changed the bench seat to buckets and tidied up the interior. I also bought these 17-inch Pontiac Rallye II-style wheels from the USA.” 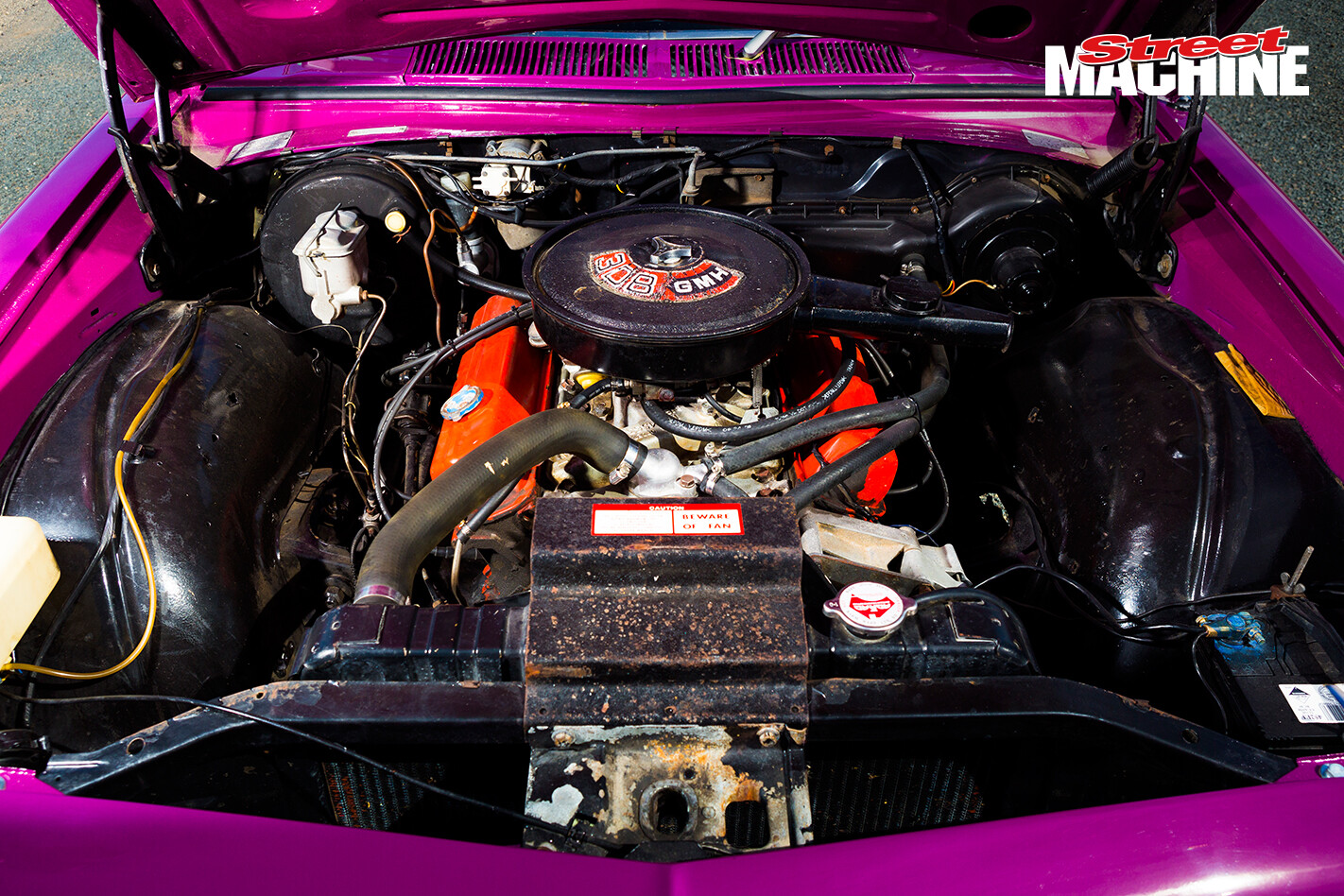 “To be honest, the van wasn’t quite what I expected when I got it from Newcastle; the paint went to crap fairly quickly. I had a four-door LH Torana that I sold to buy the van, and that was another strange car. It was a base model but optioned with a 253, full dash with all the gauges and no flares. It didn’t have any rust except one little spot on the boot, and I paid $500 for it. I regret selling that car, but I’ll get another one and go all out on it – I couldn’t do it to that car, it was too neat and original. I always wanted a windowless van and needed a V8, so that’s what attracted me to this van. I actually got it the day before I started my apprenticeship; I drove it back after buying it and then took it to work the next day. I throw my bikes in the back of it and can lock it up, making it fully secure. I always bring a bike and helmet along so I can just take off and go for a ride if I need to. “I used it as my every day car up until a few months ago when I rear-ended a Subaru in it. I ended up sending it to Real Steel Fabrications LINK for a tidy up. They fixed the prang, but also ended up filling the firewall, getting rid of some rust in the cowl, putting on new doors and re-gapping it. So from the doors forward, it is super-neat now! I had to sell my daily VT V8 wagon and get something cheaper to pay for it, but it was worth it. I’ll save up for the rest at a later stage. “Mechanically, the plan is to put the 480hp 383 Chev out of my dad’s El Camino and put it in the van, along with the TH700. He’s getting a bigger engine built for his car for this year’s Drag Challenge. Hopefully I can take the van on the 2018 event, that would be awesome.”